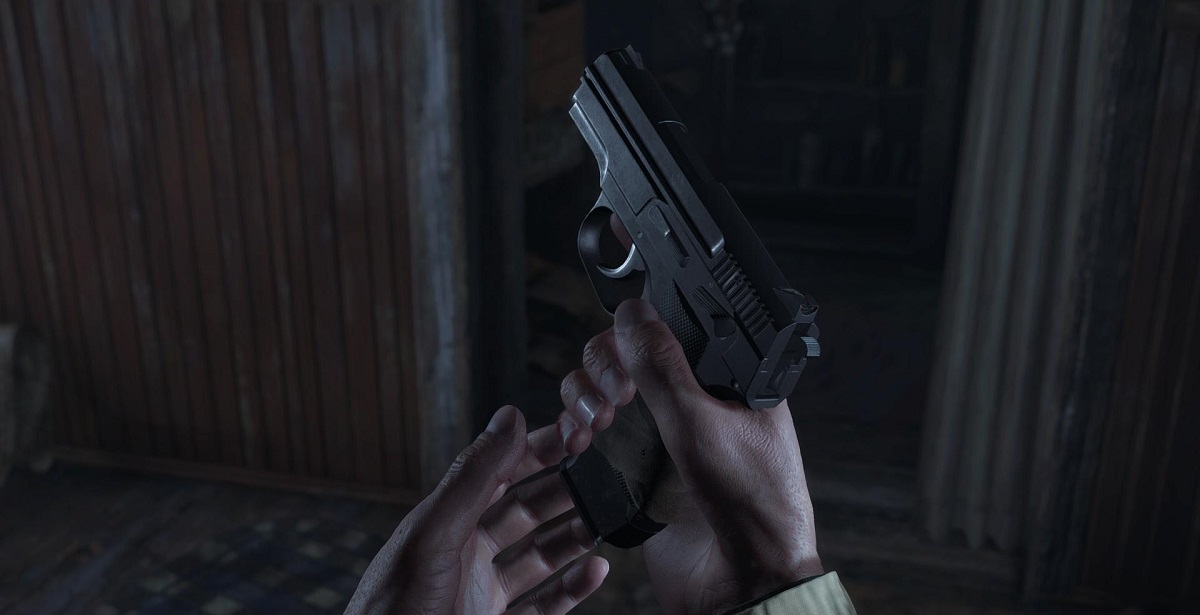 Capcom first unveiled Resident Evil 8 - or as it's officially titled, Resident Evil Village - at the PlayStation 5 reveal event back in June. The new dark, rural European setting sees Resident Evil 7 protagonist Ethan Winters return along with Mia Winters and Chris Redfield. However, the biggest additions are in the enemies. Resident Evil Village will, for the first time in the franchise, bring werewolves and witches into the mix. While the game is mostly being built for next-gen consoles, Capcom also confirmed that they're working on PS4 and Xbox One versions as well.

At Capcom's recent Tokyo Game Show program, the team behind Resident Evil Village confirmed that while the game is primarily being built with next-gen hardware in mind, they are making attempts to bring the game to PS4 and Xbox One as well. Unfortunately, they couldn't say anything for certainty yet, but they'll be able to share more information very soon. The program went into a few more details about the game in general, but the biggest announcement was the fact that it's being considered for both current-gen and next-gen consoles, which would bridge the gap more smoothly for fans looking forward to playing Capcom's latest offering in the survival horror franchise.

As for other details revealed on the Capcom program, the game will center around an older Ethan from Resident Evil 7 as he settles down with his wife, Mia. However, the arrival of Chris Redfield throws his normal life into chaos yet again. Beyond that, Capcom didn't offer much information, but we do know that it will be a direct continuation of Resident Evil 7. From the brief glimpses of clips from Resident Evil Village, we got to see a detailed mansion (because it's Resident Evil), and a tease for the various enemies we'll encounter in the story. We'll have to wait a little while longer for more information on the anticipated title.

Resident Evil Village is currently in development for PS5, Xbox Series X and PC, but could come to PS4 and Xbox One as well.

Lurch
Lot's of people get grouchy about cross-gen titles "holding games back" but I recvkon whatever optmosiations they can make for last-gen will only benefit the current-gen performance.