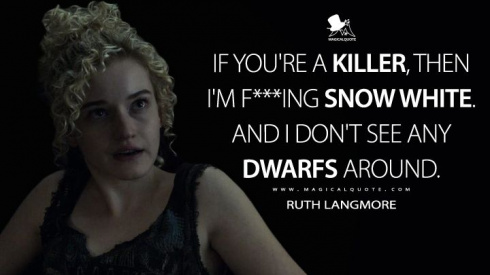 13505
June 6 2022, 3:16pm
Modern Family season 11
Final season was a mixed bag.
Show started off good, but stayed pretty average throughout the series.
Went on maybe 1 or 2 season to long.
Scottie

7857
June 9 2022, 4:01pm
The World's Most Extraordinary Homes S1 - interesting show in which one of the hosts is annoying. most are successful people who have worked hard their whole lives to have a home built in the middle of nowhere one in their 30s building a 9 bedroom underground mansion/lair on a Greek island.
KnightFall500

13505
June 10 2022, 10:28am
Supergirl season 6
Finally done with this show, got super woke after the first season.
Like all the CW superhero shows, its got more to do with the personal lives of the characters then with the actual superheroes.
Overall the series was mostly boring. I don't watch these shows for Supergirl, Arrow & Flash. But to see what comic book references they might have. & also to see who the villians might be.
The guy from Two & a Half Men who played Lex was decent. He actually straight up murders a supporting character at the end. Otherwise everybody got a happy ending.
Even Brainiac 5, whose supposed to go back to the future to save his race. As the Big Brain is dying, & he needs to joining with it. But hes in love with the transgender person of the past. So he said screw it, the future has not been written yet. But it has? You come from that future, where they need your help??

3152
June 23 2022, 1:55pm
See less replies
Obi-wan Kenobi – was good, however I expected more. The last episode was a bit of a let down as the hyped the episode so much. Hopefully the second session will be more like the comic books, each episode a different story of Kenobi helping people he encounters in his travels.

Ms.Marvel – this is, for me, the best Marvel series today. Really enjoying the series.

Umbrella Academy S3 – Eps 1, the Footloose part made the episode. Will see where this series goes.

7857
June 23 2022, 6:13pm
See less replies
Ms Marvel comic volumes were on flash sale. Vol 1 R16 the others R33 as a promo for this but they looked like they were aimed at tweenies so I passed. TV show different?
DEATHGIGAS

12196
June 23 2022, 10:44pm
See less replies
The orginal comic run is actually very good. Think what Bendis did with Ultimate Spider-Man and Miles Morales. That's the lightning they just about got for the initial series while the original writer was on board. It's more all ages.

The TV show on the other hand is, uhh, yeah. This is definitely aimed at the tweens. I'll reserve judgement until the season is finished but so far I don't think much of it, especially since they changed how her powers work and made her a Green Lantern basically. . .

The cultural stuff though is well presented.
Scottie

Just when I thought they were starting to run out of ideas, after season 6. They came up with some good stuff for season 7, & introduced Booster Gold!
I didn't like the casting for Booster though, Donald Faison. Plus he didn't have his suit, but who knows what they would have done with him if the show hadn't been canned.
Bob the Third

13505
June 28 2022, 10:53am
Just trying to push though the last of these CW superhero shows. They all coming to an end now. Well except Flash & Superman. Flash should be done in another season or 2, & Superman is only on season 2.
Finishing up the last 2 seasons of Batwoman now

The character that stood out in the session was Klaus…

7857
June 28 2022, 2:16pm
A.P Bio S1 - great show about a disgraced Harvard Professor ending up teaching at a school. Uses the kids in his class to plot the downfall of his nemesis. Theme song by The Ramones and season ends with I Fought the Law - The Clash. Brilliant.

Sherlock: The Abominable Bride (special set in Victorian London) - would have been great if not for the present day crap.

Sherlock S4 - better than S3 but not as good as 1&2. Has one of the top 5 episodes though: The Lying Detective.

Kevin can go F**k Himself S1 - another super dark comedy that is half bright canned laughter man child husband antics and half dark lit long suffering wife planning to frame him as the local drug dealer and have him murdered.
Bob the Third

Eh. It certainly had some entertaining moments and managed (mostly) to fit into the gap between Episodes III and IV without confusing the existing canon. I'd put it above the Book of Boba Fett and most of the Mandalorian S2 but the need to churn out content, especially within the timeline they've chosen, leaves little room for surprise.

I'd love to see more standalone movies/series as - just like the Marvel movies and series - you already know how half the show is going to play out as it's beholden to a "grand plan", while the trailers spoil the other half.
New Reply