Prince of Persia Remake Leaked - And It Seems Legit 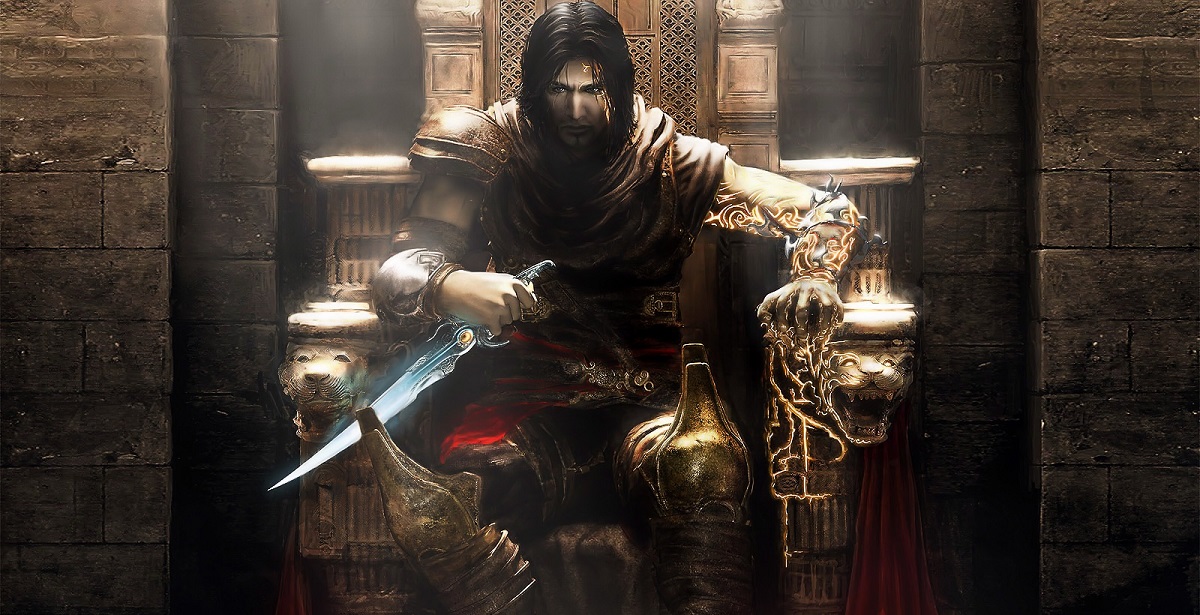 Poor Ubisoft can't catch a break when it comes to their big surprises leaking in advance. The next big title to be leaked for the publisher appears to be a new Prince of Persia game, more specifically a remake, according to a listing posted by a retailer. Usually, retail listings aren't the most reliable sources for leaks, but this time, it was acknowledged by industry insider and Bloomberg reporter, Jason Schreier, as well.

The listing for a Prince of Persia remake has appeared on a Guatemalan retail site, showing a logo with a screenshot in the background and seemingly nothing else. However, the two confirmed platforms appear to be PS4 and Nintendo Switch, with no indication of an Xbox One or PC release yet. A ResetEra thread documents the leaks, showing a release window of November 2020. Nothing else is actually known about the nature of this remake - will it be a remake of Jordan Mechner's 1989 classic, or a remake of The Sands of Time/Warrior Within/The Two Thrones trilogy? We aren't clear on those details yet - but it has been acknowledged by Bloomberg's Jason Schreier, giving it plenty of legitimacy. 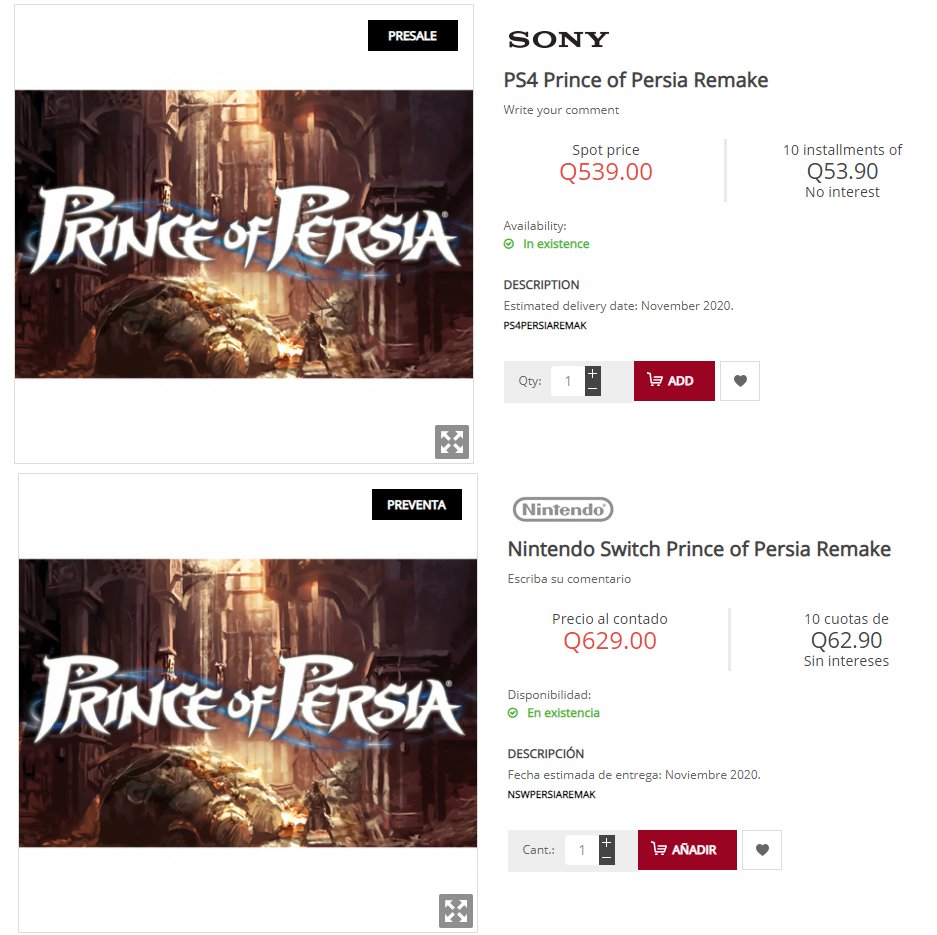 Ubisoft is set to host their second Forward event in September, where this Prince of Persia remake would've surely been revealed - and still potentially will be, albeit to less of a surprise now. This is excellent news for Prince of Persia fans, including us, who have been asking for a return of the Prince. The franchise remains one of Ubisoft's most beloved IPs, and we haven't seen a big release in the series since The Forgotten Sands, which released a decade ago and almost completely missed the boat on the current generation of consoles. It seems like they want to end it on a bang, though, and given this leak, a remake is a great way to reintroduce the gaming world to Prince of Persia again. We'll just have to wait and see when the project is officially unveiled.

Prince of Persia remake is reportedly coming to PS4 and Nintendo Switch in November 2020.

Blaze
@Lurch If Ubisoft remake them to be open world/semi open world games, I'd be mad but not surprised considering this is Ubisoft after all, and they've spectacularly flunked franchises before.

Lurch
I'd be down with a remake of the Sands of Time trilogy. However, it now remains to be seen whether Ubisoft push for it to be an open/semi-open world game that gives you ample opportunity to reduce the excellent mechanics to tedious repetition.