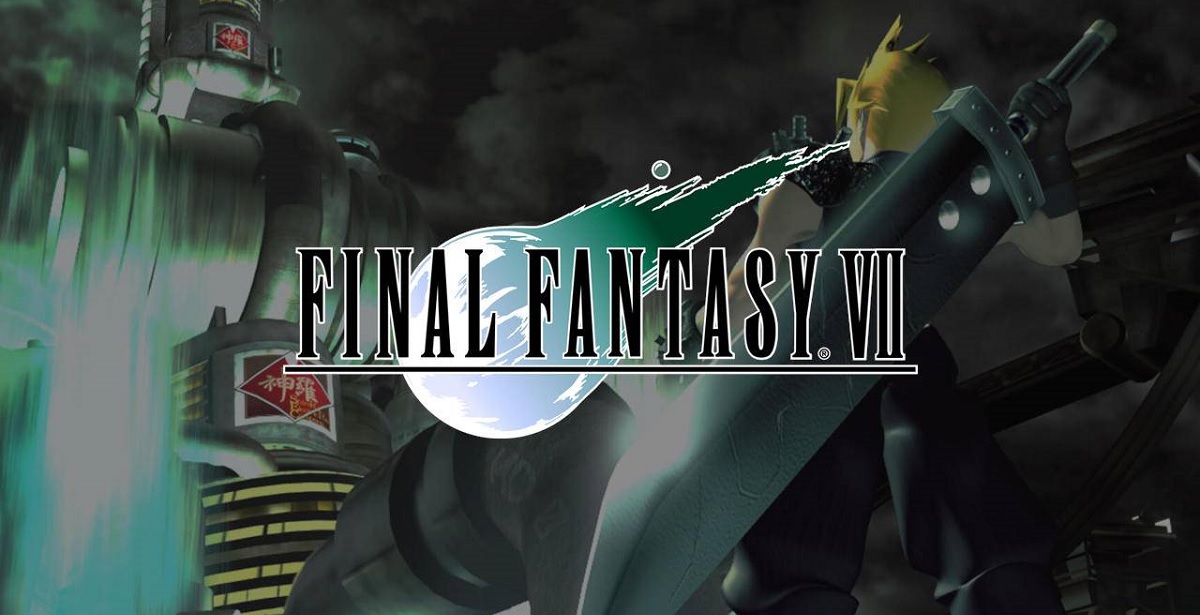 As South Africa enters its 21-day lockdown in order to combat the spread of the coronavirus, it has left many civilians in the isolation of their homes. Many see this as a great opportunity to spend quality time with some family and loved ones, while others cherish diving into forms of entertainment to occupy their time and pass the weeks (when not working remotely, in that case). To cushion some of the tedium, Nexus has decided to create a daily feature in which we recommend games of varying lengths and content that could pass the time. Our eighth recommendation in Lockdown Gaming is about to get very emotional with Final Fantasy VII. 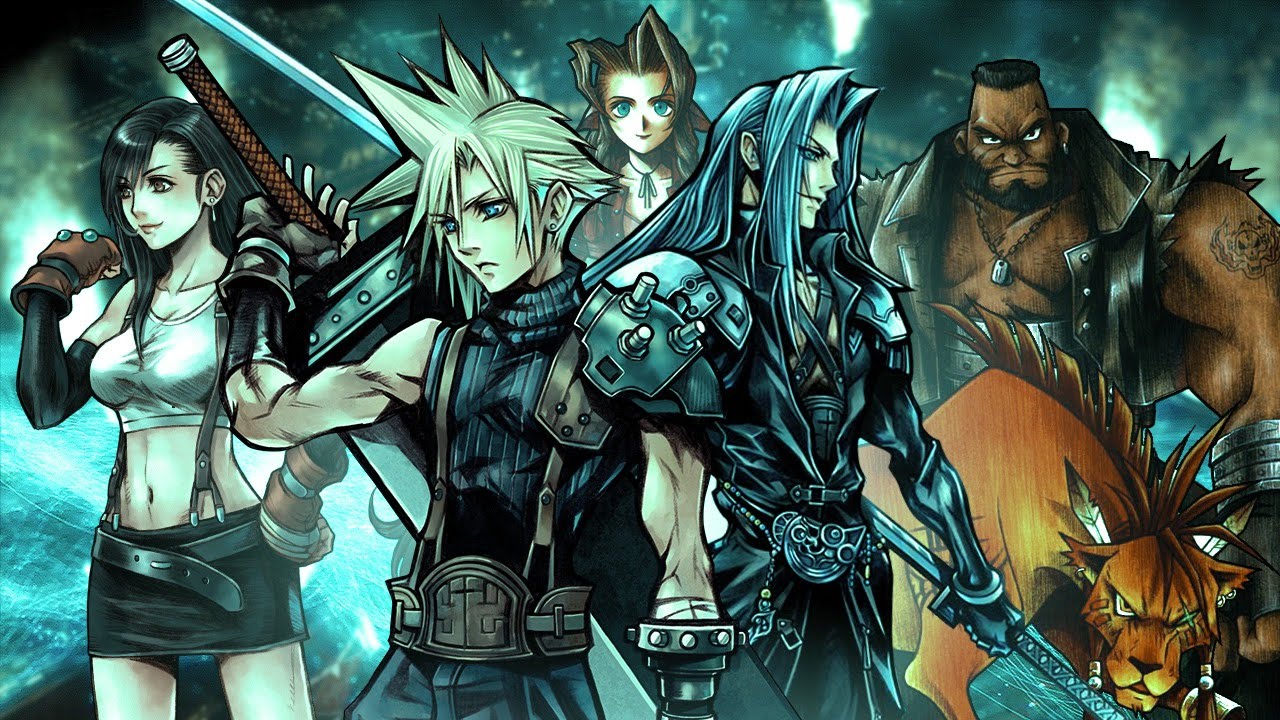 With Final Fantasy VII Remake finally a week away from release (I never thought I'd be saying that in 2020), I figured it would be fitting to revisit one of my all-time favourite games, the original Final Fantasy VII, and really dissect what it meant to me and a lot of other fans. Unlike previous Lockdown Gaming pieces, today I'm going to get a bit sentimental and look at the impact of the most popular Final Fantasy game in Square's legendary franchise, and understand just why it's so beloved a whole two decades later.

The year was 1997. Final Fantasy VII released on the original PlayStation to enormous critical and commercial praise, and deservedly so. It marked a massive turning point in the series, which up until then, had favoured traditional 2D sprites. This time, apart from some stunning pre-rendered backgrounds, Square took full advantage of the PlayStation's capabilities and leaned the series heavily into 3D territory. This included all new CGI cutscenes (which were groundbreaking for its time), and 3D character models during gameplay. The world was quick to pick up on Final Fantasy VII's growing impact on the gaming industry, and catapulted it into a nothing short of a phenomenon in video games. 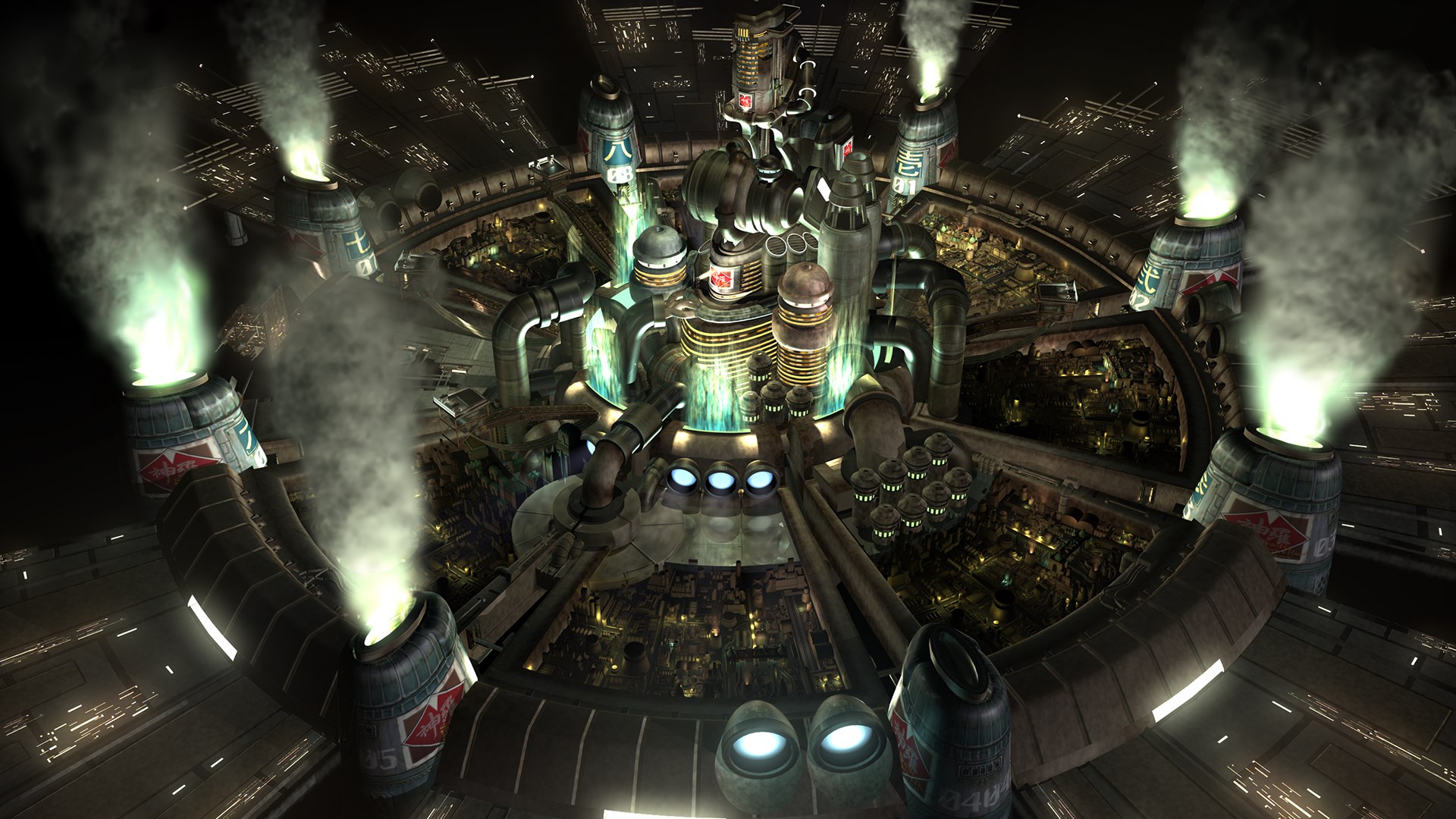 Technical achievements aside, I believe that the true success - the true heart and soul - of Final Fantasy VII was its story, characters, and music. Penned by Kazushige Nojima and Yoshinori Kitase (who also served as the game's director), Final Fantasy VII's story took narratives in gaming to new, emotional heights - a notion not exactly new to the series. All throughout the 90s, while video games were still figuring out the logistics of a compelling narrative (arguably up until Metal Gear Solid that decade), Final Fantasy was secretly already taking leaps in the storytelling department. Final Fantasy VI, perhaps being the most prominently discussed, took stories in video games into unexpected places. For all intents and purposes, the sixth game was as instrumental to video game narratives finally being taken seriously as Final Fantasy VII - only difference being that Final Fantasy VII bolstered itself with terrific technical breakthroughs for the franchise that lended itself to a broader appeal. 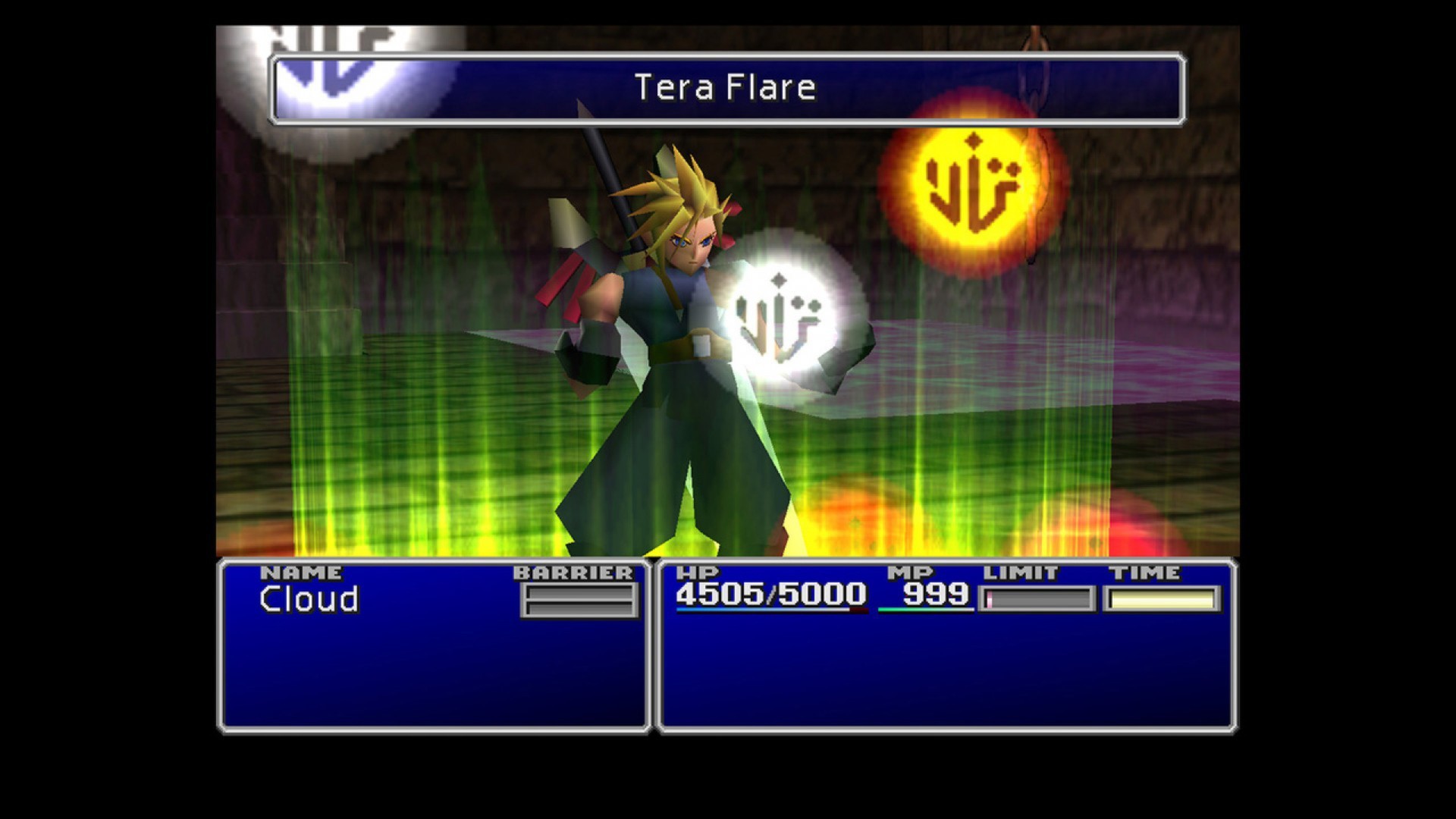 Final Fantasy VII told a story steeped in fascinating lore, history, and world-building that made it incredibly unique at the time. Our iconic spiky haired protagonist and former military goofball, Cloud Strife, joins a group of terrorists called Avalanche to bring down Shinra, the industrial governing corporation responsible for draining Earth's finite energy source (Mako) in the city of Midgar. However, Cloud's past quickly catches up to him as he's now forced to confront Sephiroth, a remnant of evil that threatens humanity's very existence.

As far as characters go, the success of these iconic models can be attributed to the wonderful designs of Tetsuya Nomura (who is currently directing Final Fantasy VII Remake) and Yusuke Naora. Each character is lovingly crafted to reflect their personality in some way. Sephiroth is drawn with sharper edges emphasizing his evil presence, Cloud is drawn with a softer touch to show his vulnerability balanced with the strength/resolve of his large Buster Sword, and Tifa is designed with both maternal and independently strong qualities in mind. These are just but a few of the iconic characters that make up Final Fantasy VII's tremendous cast. 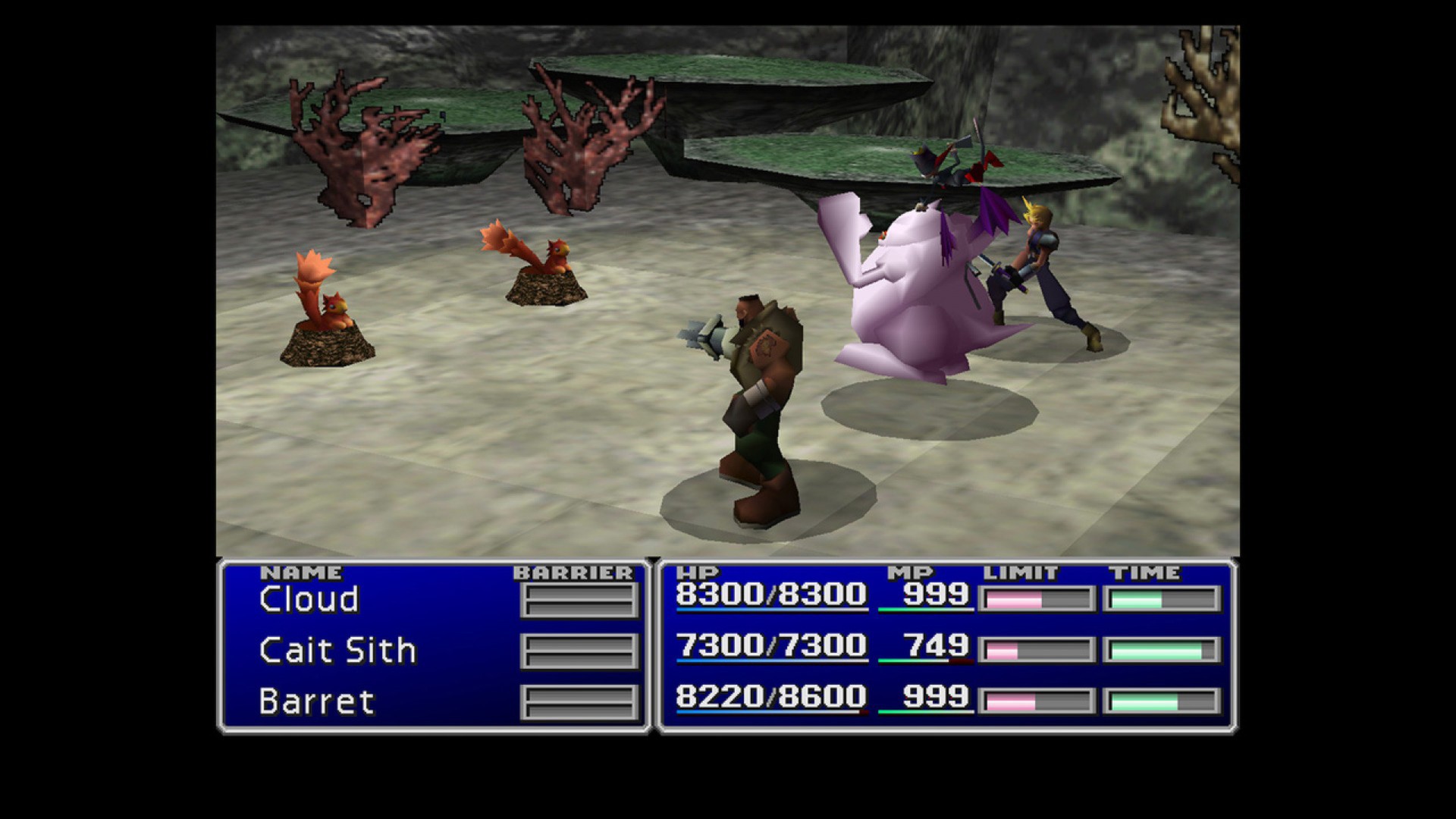 The second point I want to touch on about the game's characters is their personalities and how it felt like a culmination of everything Square had learned about the series up until then. Cool and hip designs aside, they were each written with distinctly human touches that every player could relate to on some emotional or personal level. Cloud represented the silent tortured, subdued and calm; Tifa represented the outgoing and protective; Barret, the headstrong but wounded; Aerith, the bubbly, optimistic and nurturing; Vincent, the suave and edgy; and Red XIII, whose friendship with Barret blossoms and reminds us of our own connections to our pets. Of course, there are a lot more characters that I skipped over, but as far as the main cast goes, these are still among some of the most well-rounded, interesting, and instantly likable characters I've ever seen in a game.

It's great too, then, that Final Fantasy VII finds ways to propel the narrative forward through character interactions alone. For example, Cloud's fateful meeting with Aerith makes for some of the sweetest, most natural, and moving dialogue in the entire game. Their chemistry is remarkably emotional yet oddly restrained, showing the pair's budding dynamic running deeper than friendship at times, all the while never really giving us these damning answers (I'm on the Cloud x Tifa ship, personally). Yet, this is just one of the many examples in which Final Fantasy VII manages to flesh out its characters through simple spoken interactions alone - something that video games weren't doing that much of in 1997. 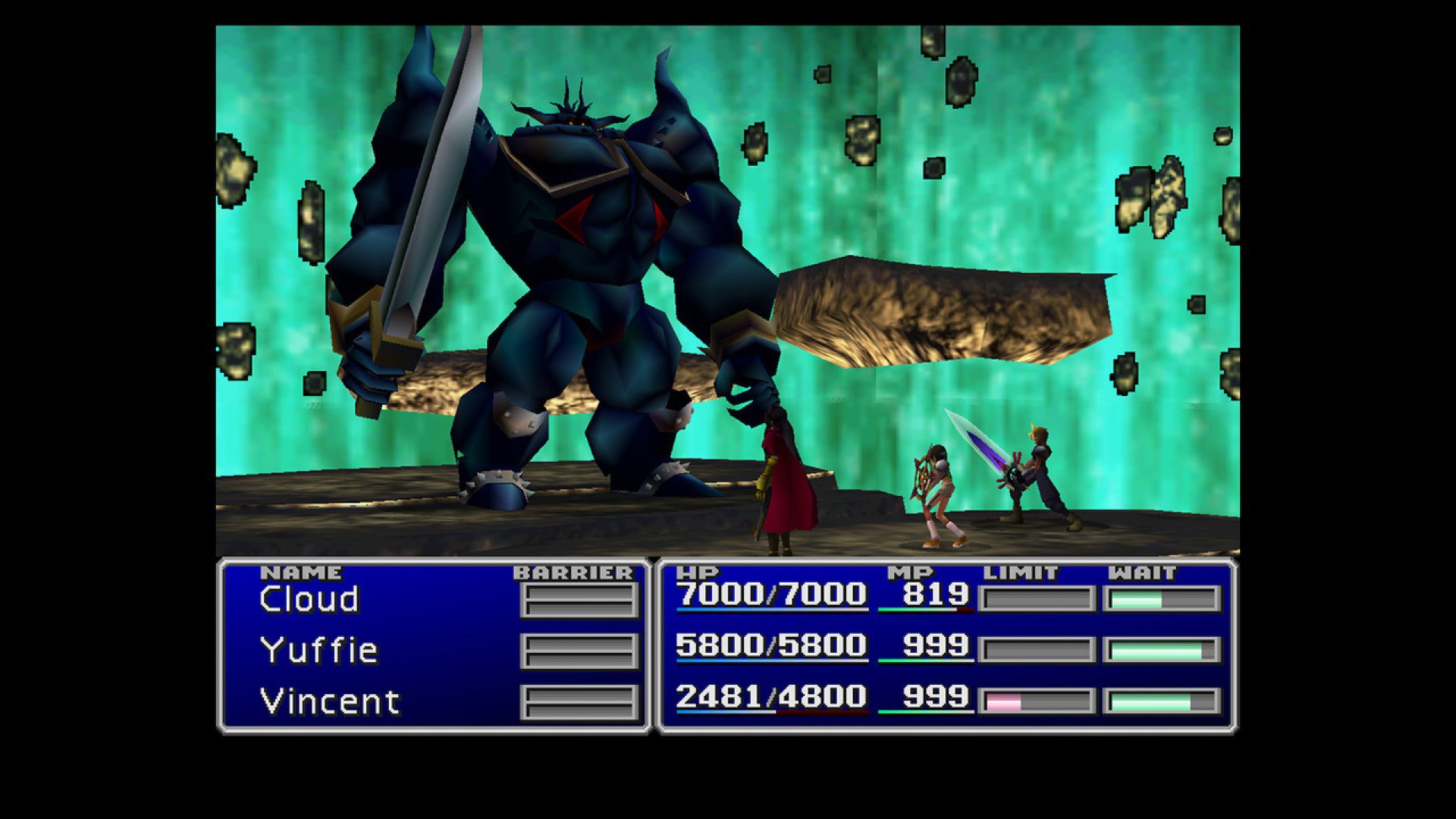 Final Fantasy VII's terrific overworld was something that - and in many regards, still is today - revolutionary. For the first few hours of the game, the story and action is contained in Midgar. For any normal game, given Midgar's towering presence and colossal city size, this would've been the only setting. However, after completing Midgar's segment, the overworld actually opens up. I fondly remember experiencing this as a kid for the first time, and being in absolute wide-eyed awe at the fact that there was this entire world outside of Midgar - and an insanely gargantuan one at that. The game had only just begun, and gradually, Final Fantasy VII went from a contained action blockbuster to a fantasy epic.

As a point of debate today, Final Fantasy VII's turn-based combat back then may have been a wise creative choice (and I'm sure also a technical one due to the limitations of the original PlayStation hardware at the time), but it remains a fine example of this hotly debated mechanic done right in video games. Despite showing its age when played today (and trust me when I say, it really does feel clunky and impractical, with time doing no favours for it), there's still this odd charm to the combat that scratches that nostalgic itch. I'm impressed at how the remake is currently evolving the combat, but it's a formula that desperately needed change if it were to survive in this current climate of RPGs (and also, if you aren't Persona 5 or Fire Emblem, good luck). 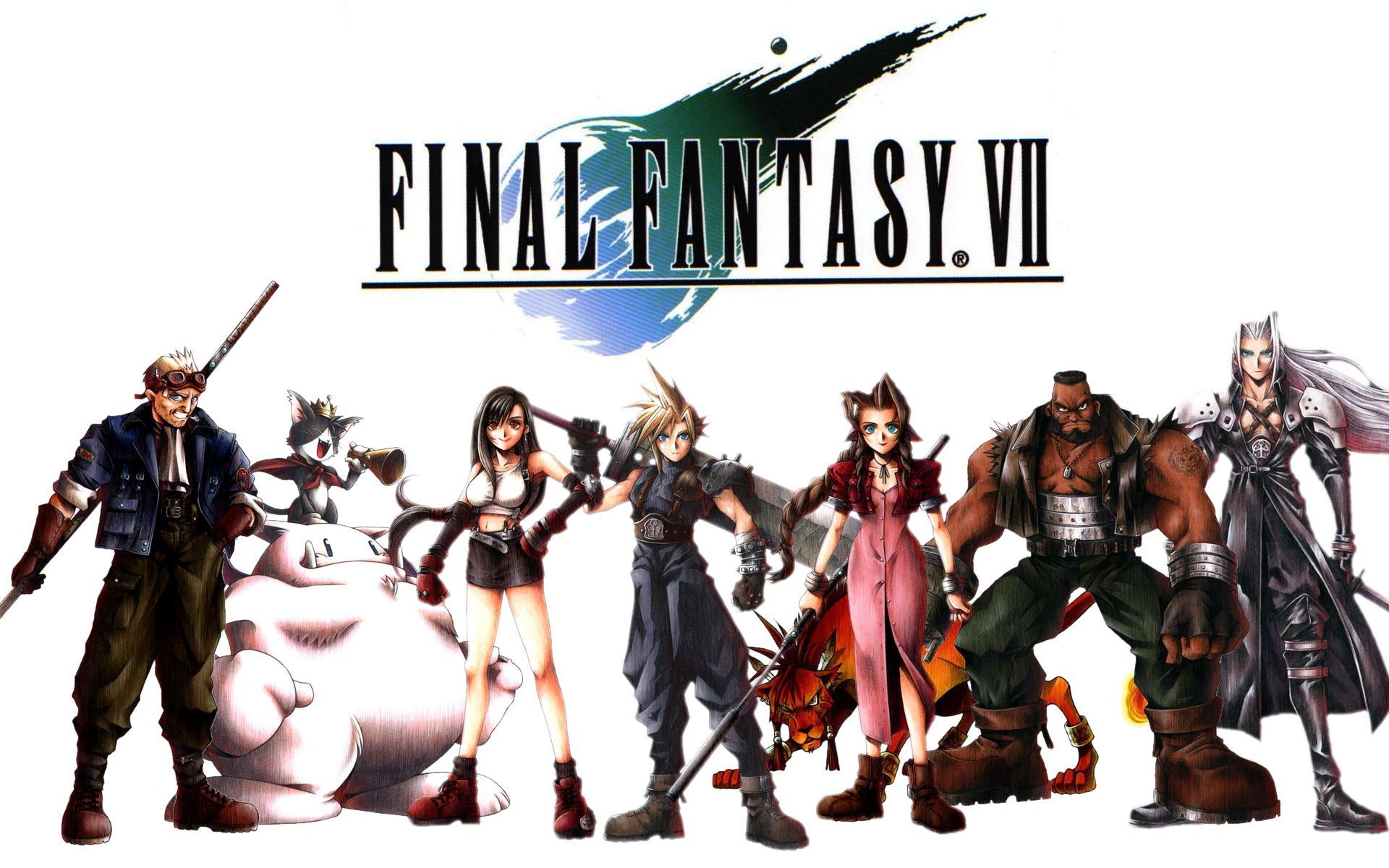 Before I proceed, I just want give a massive SPOILER WARNING to what I'm about to talk about. Final Fantasy VII is one of my favourite games of all time because, for the first time ever playing a game, I cried - as if my heart was ripped out of my chest. I was still young back then, but seeing Aerith's death was a moment that has forever changed my perception of storytelling in video games. No longer were they just arbitrary check-boxes about saving princesses in castles. Gaming had grown up, and this scene just exemplified the emotional power of what narratives had become. Every fan I've spoken to constantly brings up this one devastating scene as the moment they knew Final Fantasy VII wasn't just going to be a simple video game. Years later, it would become something far more important to them. In that lies the game's truest and greatest accomplishment.

Finally, there's one more thing I want to touch on: Final Fantasy VII's music. Of course, what Final Fantasy VII discussion would be complete without mentioning composer Nobuo Uematsu's masterpiece of a soundtrack. If the character designs and story didn't give the game enough character, it's music certainly did. Consisting of some of the catchiest melodies ever composed for a game, the music was (and still is) a significant part of its identity and appeal. Just hearing the first few notes of "One-Winged Angel" or "The Prelude" is enough to instantly relax me, take me back to simpler times, and just prepare me for another memorable journey across Gaia.

So why should you play Final Fantasy VII during the lockdown? Once again, I ask "why should you not"? On top of the main story easily being well over 60+ hours (you can bump that number up to 100 if you're the addictive type like me), it's also widely available for a great price on all modern platforms, including PS4, Xbox One, PC, and Nintendo Switch. The main reason to play Final Fantasy VII - if you haven't already as a fan in preparation for the remake - is to just experience why it's highly regarded as one of the all-time greats. I envy those who will play it for the first time. That's something I would give anything to relive again.

Lurch
I would totally consider a replay were it not for my current mission to finally play FFIV through VI on the Vita first (games that move along at a brisk pace compared to FFVII onwards). FFVIII was my first FF game (and remains a favourite) but I still loved FFVII when I went back to play it. Some dodgy writing and translation aside, Cloud's character arc is also my favrourite for an FF protagonist. Finally - Tifa >>> Aerith.