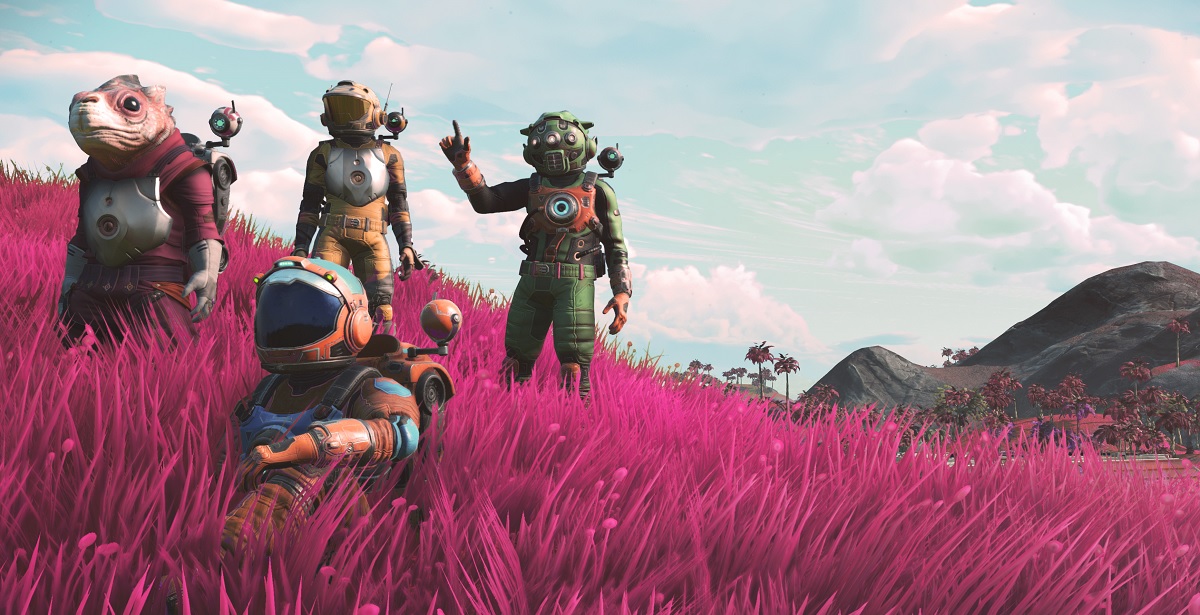 With the Frontiers update for No Man's Sky imminently dropping, I wanted share some of my views and experiences. So before I start calling out 10 random things that get me all existed about this game, there are a few things I have to stipulate and be honest about. I am relatively new to No Man’s Sky and have only been playing it for around three months now but with over 350 hours in the game. Trust me, I have seen a lot of this game. I read up all about its rocky start but to be honest, I don’t really care about that, I care where it is now.

A couple of months ago a friend suggested that I look at this game, we were having a discussion on games that offer great base building, and it came up. This leads me on to my first point...

1. Building the Faecium out of it 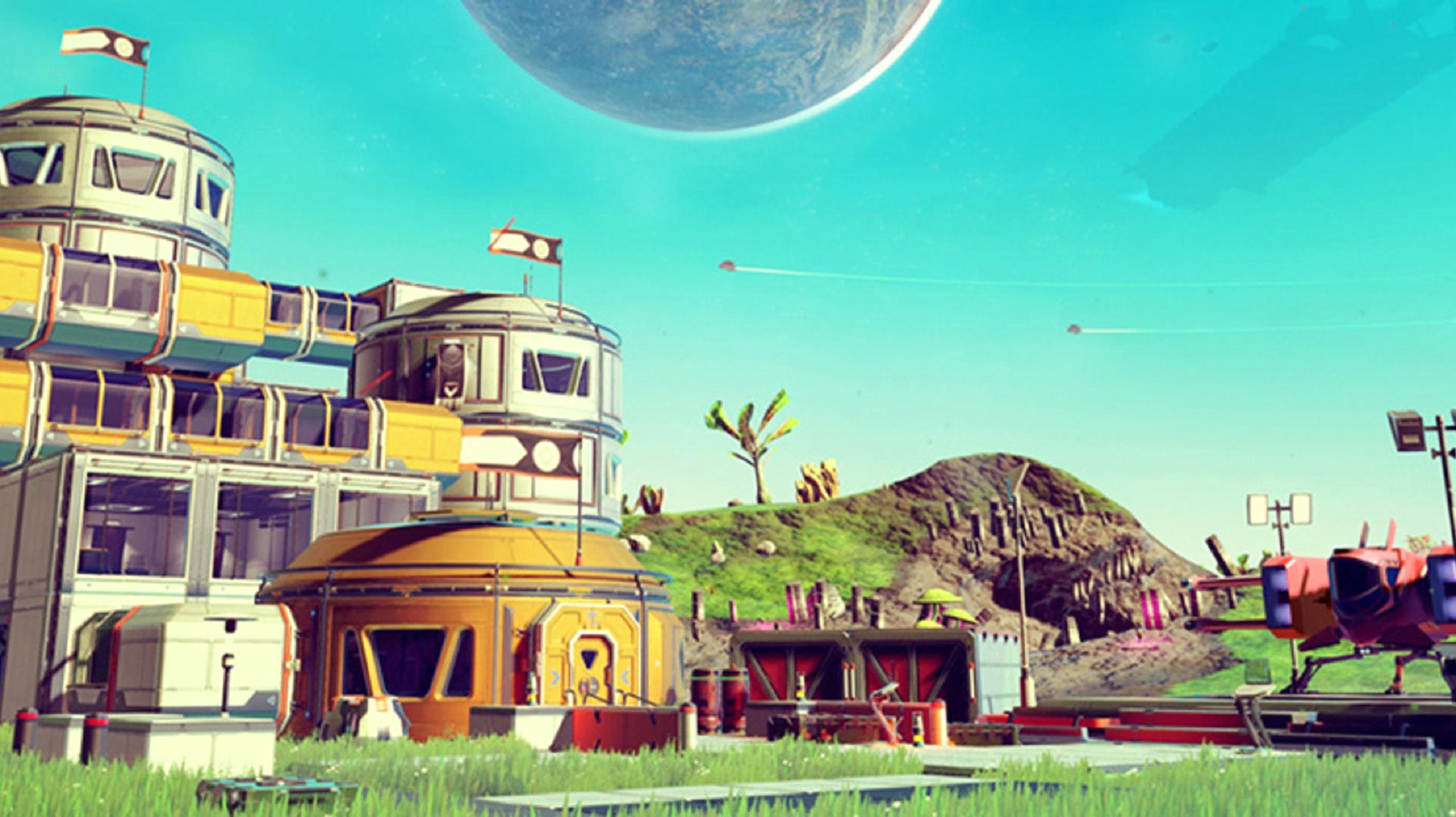 So the original reason I decided to actually buy an almost five year old game was because of an opinion that it is one of the best base-building games out there. Now understand, I love games like Fallout that offers this and as with that game, you can get lost in the pure delight of the base-building mechanics and hundreds of base parts offered by No Man's Sky. Bases can be constructed very simply or can be very complex and to an extent, only limited by your imagination... and some construction limitations. Building menus are easy to use and understand, and consists of a verity of materials, prefabs, power management and specialist parts. All of these have specific uses and bases tend to become a thing to show off.

A word to the wise, don’t get to invested in your first base. You will travel a lot, find new worlds and as retail goes... location, location, location. Once you found that perfect spot, you will spend hours building the perfect PAD. Now here is the difference that No Man's Sky offers: even if you are not into the actual game (storyline) and just want to build, No Man's Sky offers three different game modes (we'll get into this a little later). One of the game modes is called Creative and allows you access to all the base parts at no recourse cost. So basically being able to build for free. There is a downside starting with this mode, though – leading me on to the next point. 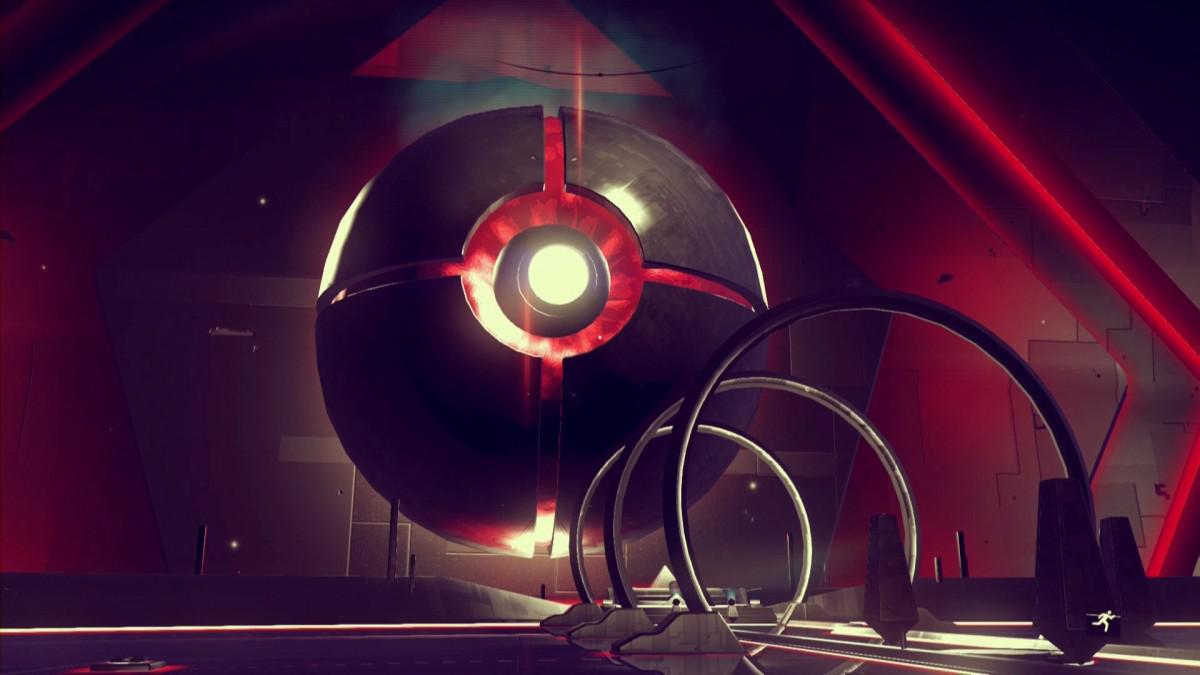 So when starting the game, you will have options on what game mode you would like to try out. Normally there are two options with the exception, if there is an expedition ongoing (we'll get into what an expedition is later on). So back to the other two modes: Normal and Creative. As mentioned in my first point, Creative is an amazing mode that offers the player free reign in terms of building with no recourse cost. Basically this allows the player to build at your heart’s content for free. It also helps that in this mode the player takes no damage from the elements and is pretty much indestructible. Sounds great, right? Well it is, but there is a but!

If you are a brand new player, I would suggest starting and completing the storyline. Many parts of the game, including control elements, crafting, missions, scanning and base building, are done in a walk through step by step way as part of the main missions. So not only does this help you understand the game and the mechanics but offers up a whole host of useful information. For those of you who are already into or like games that offer “Game Lore”, playing the main mission is a must. Besides the main storyline, there are several side missions that you may also want to do; with one mentionable mission, that of the void egg (that was added in one of the updates). Now, as part of the game and its lore, it's unthinkable that it was never part of the original game.

It is, however, important that you balance the time between doing missions and living the dream of space life. It is during “base time” or in between missions where millionaires are made. This brings me to currency! 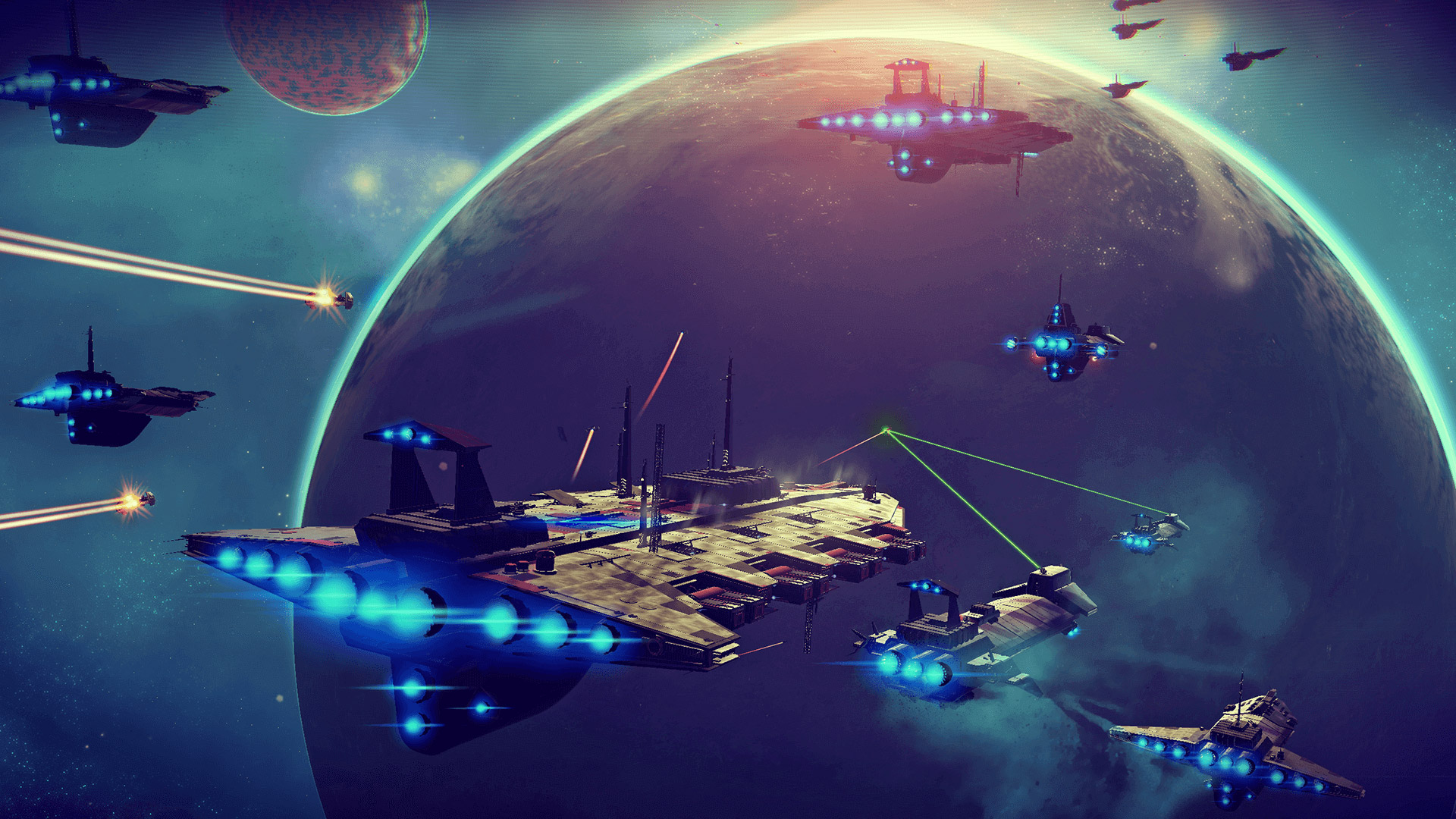 No Man's Sky offers an abundance of resources and with a little work and some exploring, most of these resources can be found freely in the galaxy, costing only your time. These resources can then be sold in space stations, on planets or even at your very own trading station for what is called UNITS and considered the main trading currency. Resources can also be mined, refined and even combined with other resources, making a more valuable resource when selling it.

Units are not the only currency and with some updates came new ways to pay. Like a real galaxy, some traders will only trade in “Quicksilver”, “Dirty Metal” or “Nanites”. These are three other currencies in-game and are obtained in their own unique ways. I could go on and on about how to make money but the point is that most commonly, most players will start with Units, using resources, mining chlorine, for example. Combining that with oxygen will create stacks of chlorine that can be sold at a market place. Market places in each system have their own trading values, so as with anything you sell, just make sure you sell at a profit and you will be able to buy that new shiny ship you had your eyes on in no time. Speaking about ships...

No Man's Sky offers a vast array of ships in different designs and colour variations. These are arranged in six types and four classes. The types are: Fighter, Shuttle, Hauler, Explorer, Exotic and Living ship, each with its own strengths and weaknesses built for purpose. In terms of the classes, these are classified as C,B,A and S class with S class being the most valuable and hardest to find and afford. Ships are upgradable and anything from weapons to engines, scanners and shields and even storage space can be upgraded... all at a cost, of course. Unfortunately, at this time, ships can still not be customized with specific parts or colour variations of your own, but this is not something everyone wants due to the sheer amount of variations available in the game as a default.

Another word to the wise: Don’t spend too much money on upgrading your first or even second ship. You can have up to six ships in the game and you will find plenty of interesting ones. Of course the main reason you want a good ship is to ease travel between unexplored new worlds that offer strange plant life and weird creatures. 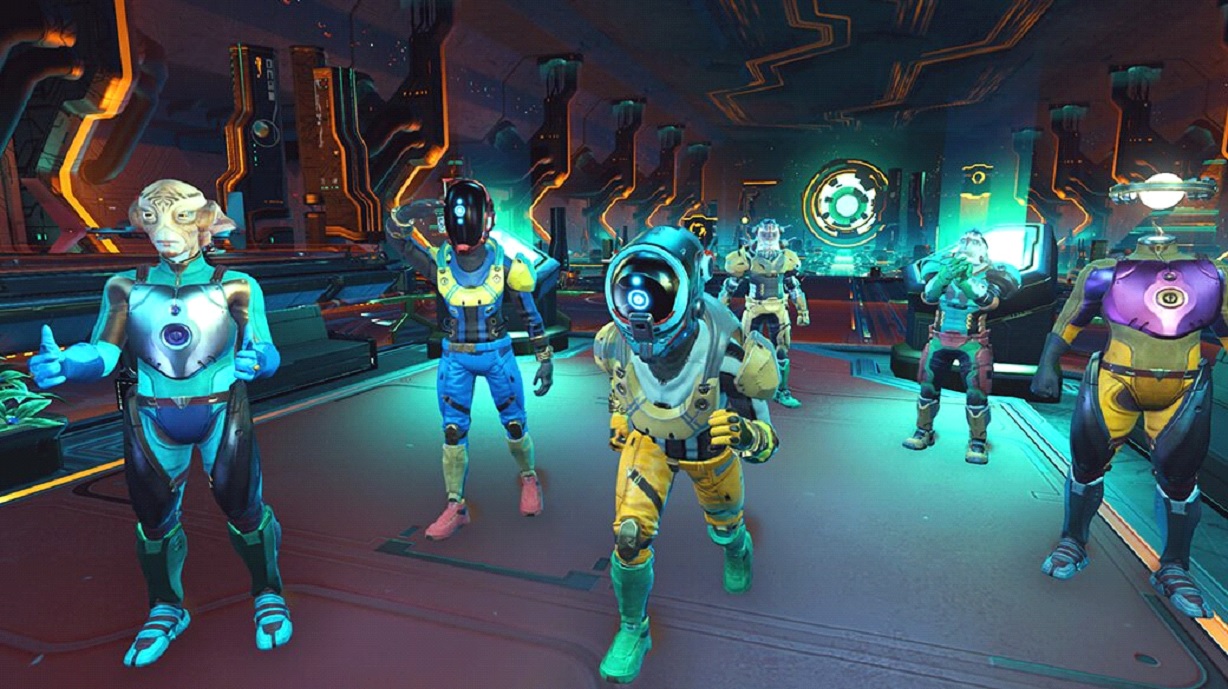 This brings me to the final point. The game offers a wonderful multiplayer experience for a group of up to 4 players at a time. This ranges from building bases together, exploring planets, doing community missions or even as a separate expedition game mode called Expeditions that I mentioned right in the beginning. Most multiplayer actions are focused around being able to meet up in a central location called the Anomaly “Nexus”. From here you can teleport to a friend’s base, or obtain alignment coordinates to meet up with a friend in your group no matter where they are in the galaxy. More than half my time spent on the game has been in a group or with friends, flying around, exploring and sharing resources. 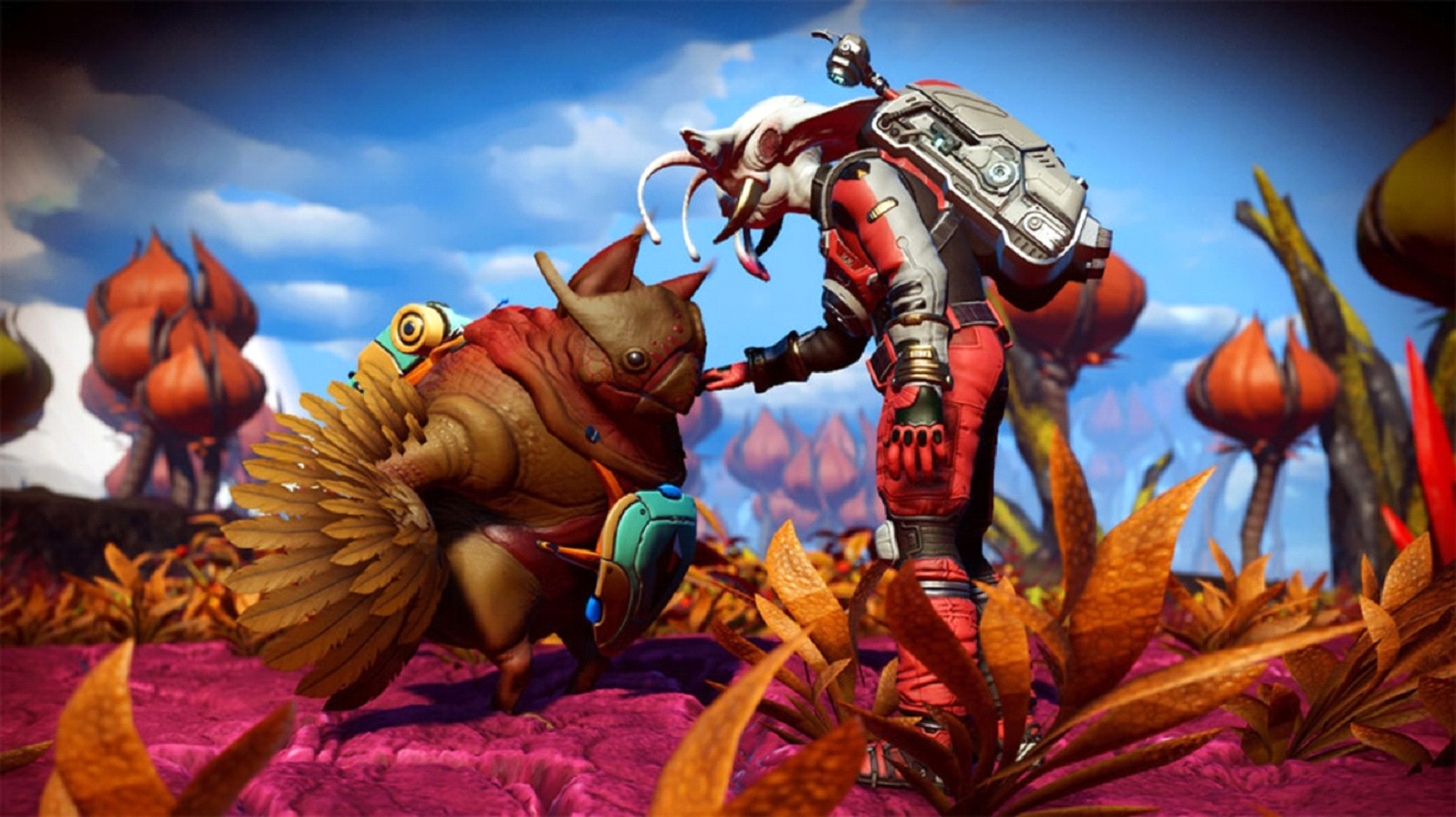 Now if you are looking for a constant companion that is not multiplayer but AI driven, the game does offer adoption of pets. PS: The Nexus is also where everyone shows off their new flying pet or massive T-Rex that used to be smaller until it was genetically enhanced. Yes, that is right, you can breed and genetically alter pets that you've adopted. Amazing!

So this was just five things that I thought I would share for anyone that is thinking of starting up No Man's Sky in the near future, but I could probably add 50 more things to the list. The game is very involved with so many things to do that I haven’t even touched on in this article. I mean, there is the Derelict Missions, getting your own capital ship as a remote base, quicksilver missions, the Atlas and its storyline, the vast expanse, the depths of the oceans and much, much more. But for now, I hope I have given you some additional consideration as to why I think this is a perfect time to enjoy No Man's Sky and what it has to offer.

jacosauer
Hi Tea - thank you for the feedback - appreciated

Tea
Have to say, Jaco the Author (of Clanwars.africa fame) convinced me to re-install the game since I last played (and plat'ed) it at launch. Its changed so much it could technically be NMS2. Thanks for the pointers- here we go again for the Ps5 plat!