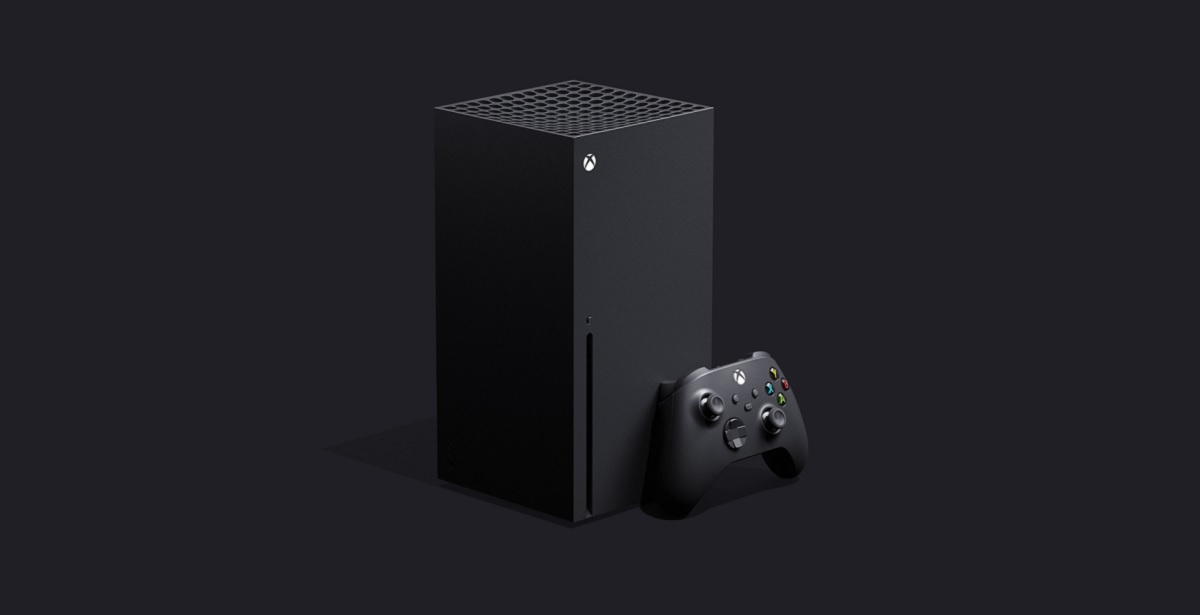 Next-gen gaming consoles have been pushing the idea of faster loading times, with PlayStation 5 really showcasing its capabilities via gameplay for both Ratchet & Clank: Rift Apart and Demon's Souls. However, selected media outlets recently got some hands-on time with Microsoft's upcoming Xbox Series X, and have revealed a number of key differences between current-gen and next-gen hardware. The most impressive feature, though, is seeing just how fast loading times have become across the generation, and now we have some concrete numbers to show for it.

GameSpot recently revealed the difference between loading times for the current-gen Xbox One X and next-gen Xbox Series X, using a few games to try out. Namely, the more intensive Red Dead Redemption 2 (which has notoriously long loading times on current-gen hardware) as well as Control, Final Fantasy XV and The Outer Worlds. As the graph below shows, the loading times for Red Dead Redemption 2 from Xbox One X to Xbox Series X has been cut down tremendously from 2 minutes and 8 seconds to just 38 seconds, respectively. The same impressive improvements are shown for the other titles, cutting them down from a minute to roughly around 10 seconds.

However, The Verge provides a longer list of loading times for a number of games, showing varying results. While not as instantaneous as the PlayStation 5 (at least from what the gameplay leads us to believe), they're still quite a big improvement and should bode well for loading times on the next generation. 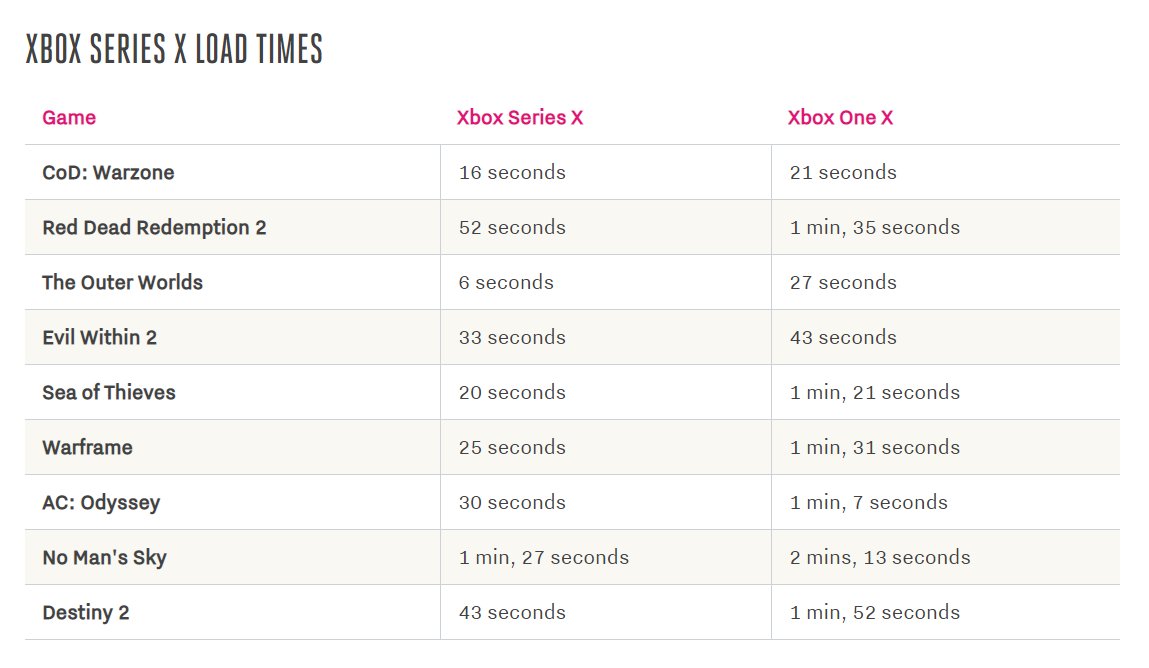 CNET also managed to get hands-on time with the Xbox Series X, citing that the new controller is a subtle change, but still an improvement overall. The backward compatibility list is also apparently quite large, but still remains incomplete until Xbox can bring over the full catalog. Digital Foundry will post their thoughts a bit later, but provided an image of Dead or Alive 6's 4K graphics mode and framerate on the Xbox Series X compared to Xbox One X's 4K, showing the next-gen console at 60fps while current-gen Xbox clocks at around 30fps. 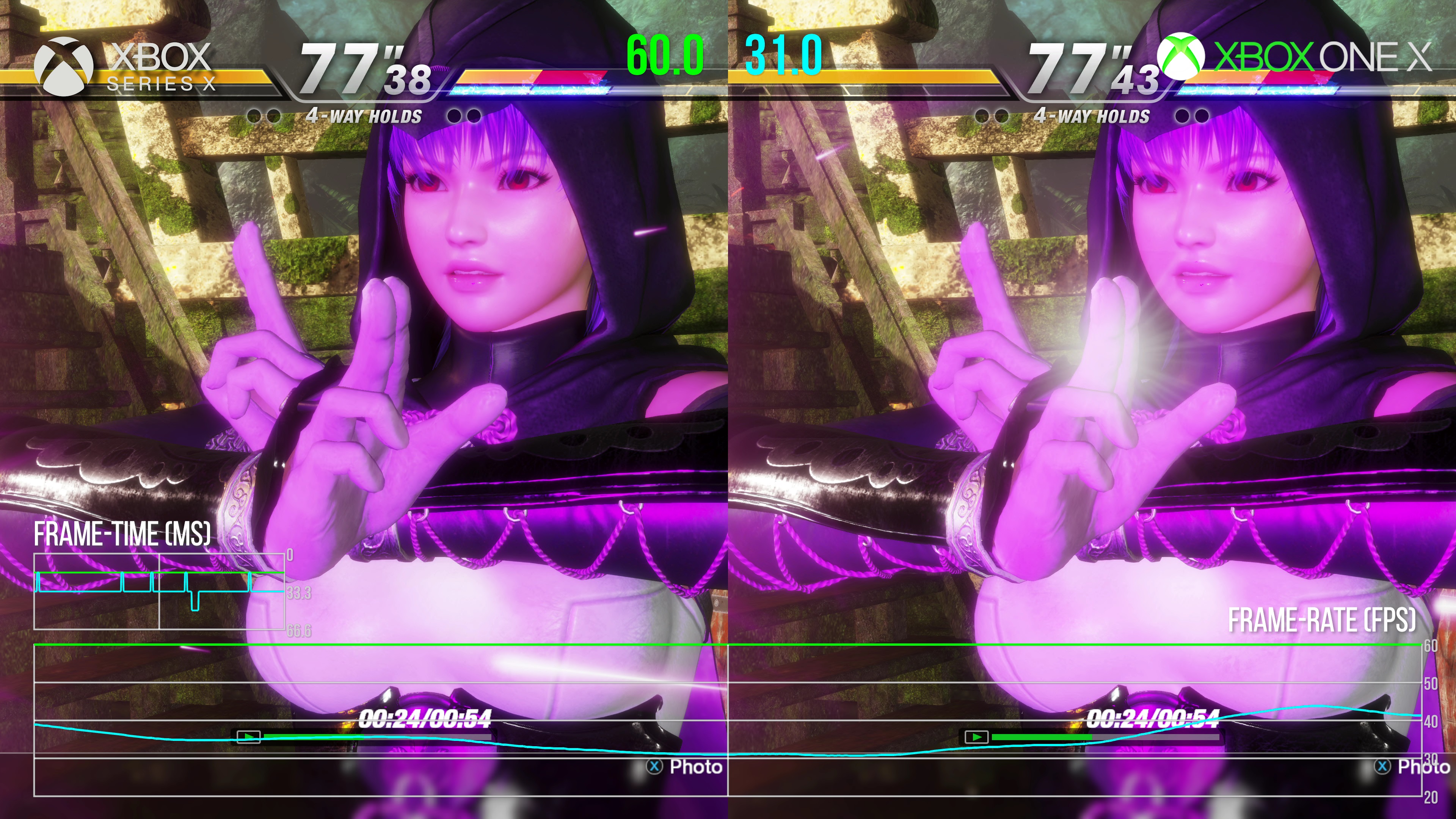