Borderlands 3: A Guide to Every Planet in the Game 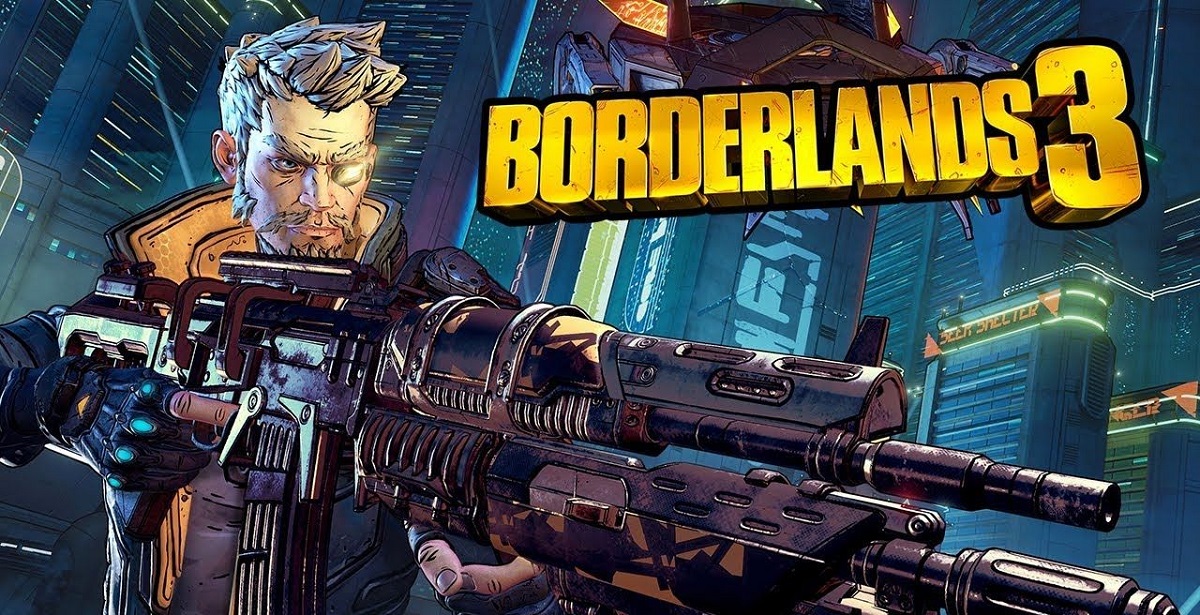 With Borderlands 3 out on store shelves (finally!) we have a lot to unpack from Gearbox Software's latest, massive loot shooter. The third mainline entry in the series no longer restricts us to the "cozy" confines of Pandora, and instead, allows us to explore different planets in the galaxy aboard the new Sanctuary III ship. Pandora still remains in tact, and as charming as ever, but the real meat is in Borderlands 3's list of worlds to explore. From the cyberpunk to the forest, Nexus presents a guide to every planet you can explore in Borderlands 3. 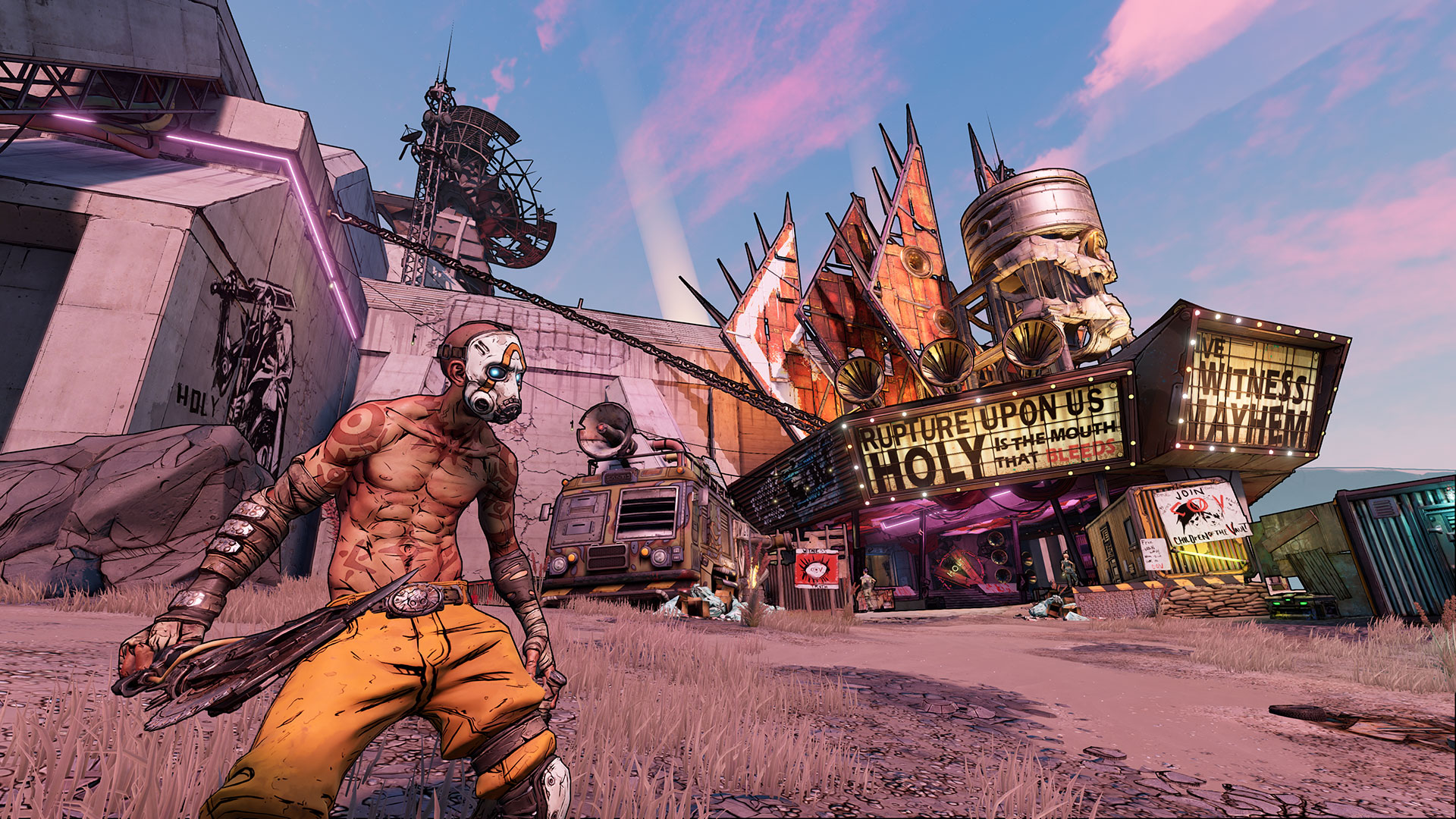 No Borderlands game would be complete without Pandora, the staple location and prominent map that players explore throughout each entry. In Borderlands 3, Pandora is still a sprawling, empty desert wasteland filled to the brim with an assortment of enemies, from psycho bandits in segmented outposts to Skags in all their bloodthirsty glory. This is, naturally, the first location we start off in Borderlands 3. Returning characters such as Ellie, Lilith, Claptrap, and more populate this section, with a few guest surprises that I won't spoil (just brush up on some of your Tales from the Borderlands lore).

Fun fact about Pandora: Thousands of years before the events of Borderlands, an ancient civilization called the Eridian arrived on Pandora, which was speculated to be a prison planet. This is evident in the fact that Pandora was used to house The Destroyer, The Warrior and guardians. 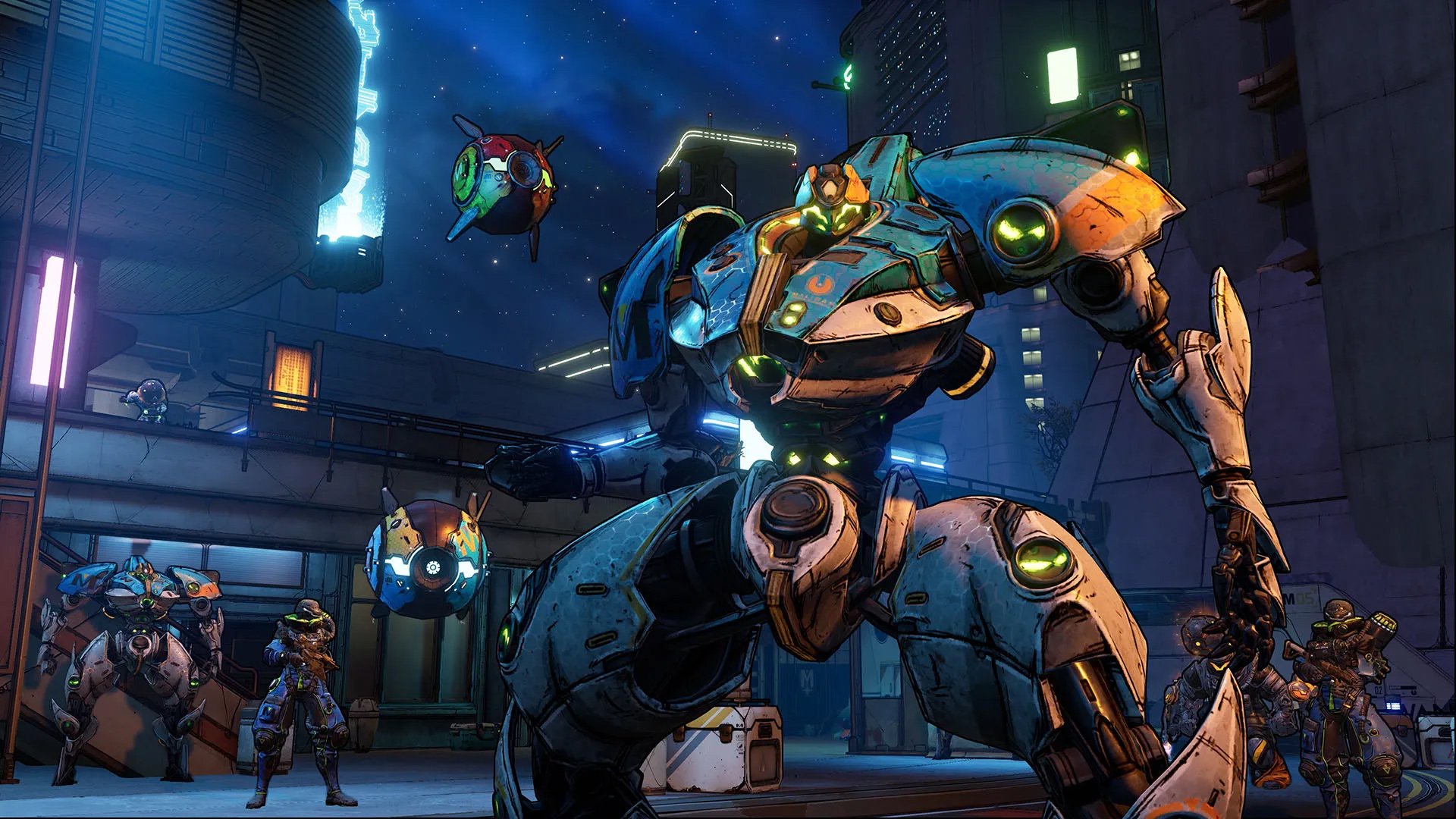 Easily my favourite planet in Borderlands 3, Promethea is a jaw-dropping metropolis with a distinctive cyberpunk aesthetic. Several high-rise neon skyscrapers and towers loom overhead, with cyclones racing on the streets below. Promethea is also home to the Atlas Corporation and the Meridian Seaport. While you don't necessarily explore the skyscrapers, the open map of Promethea is designed in a such a way that a majority of combat takes place in the interconnected tunnels and streets below. This keeps the vistas impressively gigantic and breathtaking high up above, immersing you in its striking beauty. On Promethea, you'll run into the assassin, Zer0.

Fun fact about Promethea: The planet (and Borderlands 3) was actually teased in Gearbox's previous game, Battleborn, which hid audio signal messages in its five stories. They were deciphered as: "Visit Promethea / Children of the Vault / We are not on Pandora anymore / Tannis is not what she seems / Do not open the Vaults". 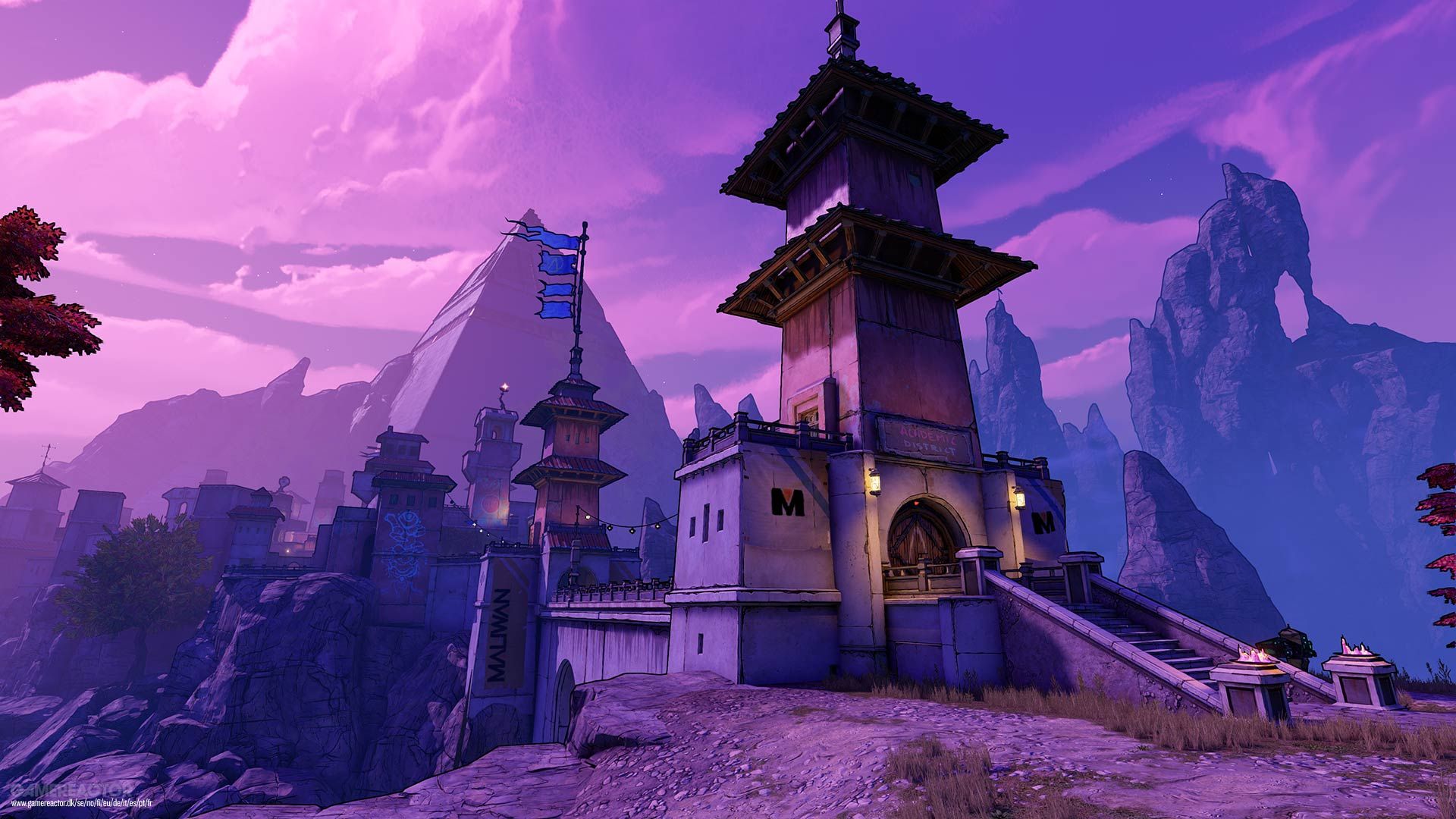 Many might know Athenas as the Siren Maya's home planet, but also houses the Order of the Impending Storm. Featuring wide open spaces and some beautiful architecture, Athenas beauty is grounded by the fact that it's also inhabited by some truly dangerous foes. You'll visit Athenas during your Borderlands 3 journey, and even run into Maya, who sports a more mystical look and wiser demeanour this time. However, she also provides some of the best support as an NPC in the game, and her finely tuned Siren powers can make quick work of the waves of enemies that will be thrown your way. Athenas has a rich history - often shady in some regards - but its serenity and inviting feeling is welcomed.

Fun fact about Athenas: The Order of the Impending Storm aren't exactly the most upstanding group of monks. As an infant, Maya was placed in their care. Knowing that she possessed almighty Siren powers, they used this to control the population of Athenas for 27 years. Of course, Maya would later turn on them and blast off to Pandora to discover her true heritage with Lilith. 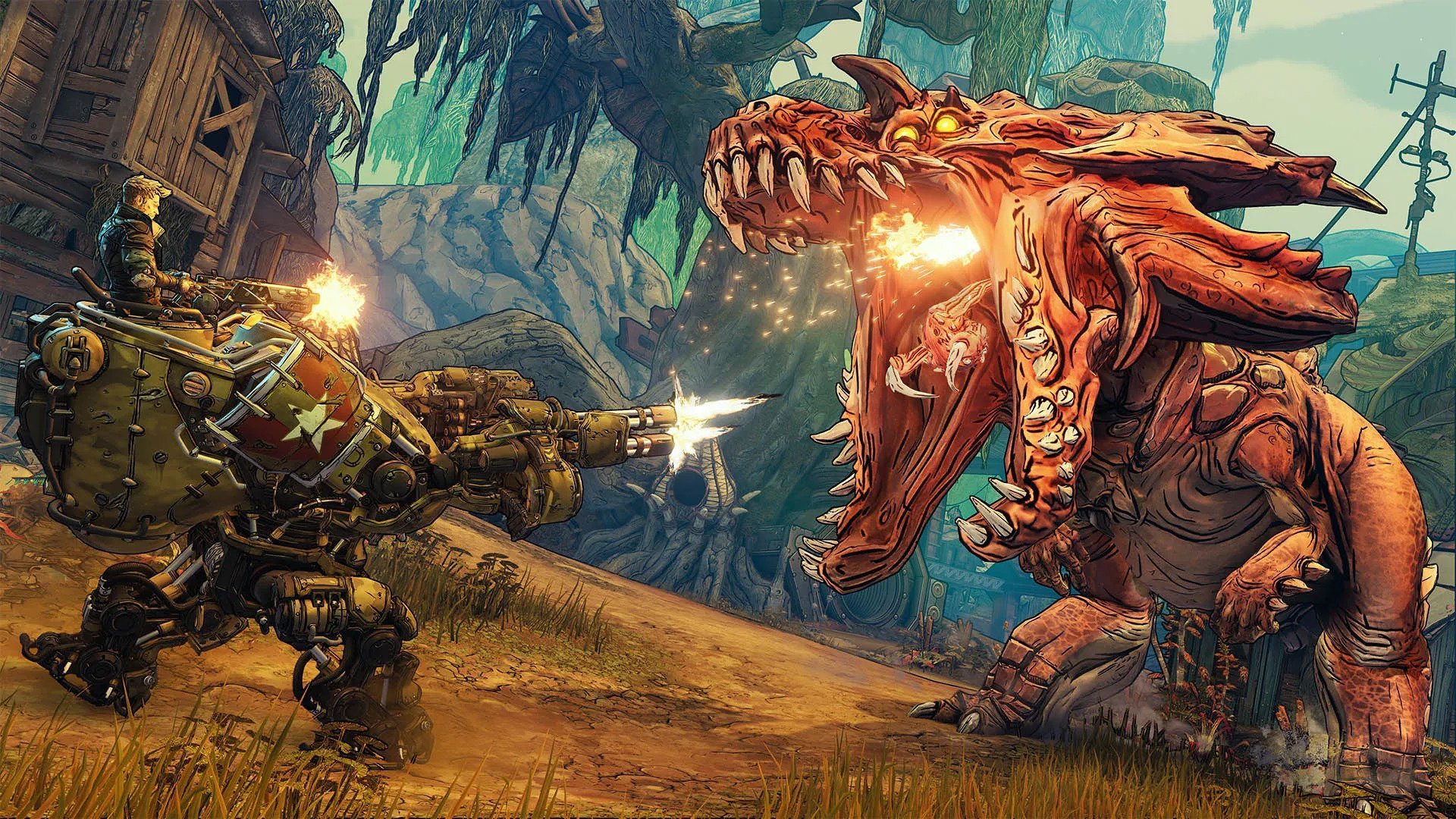 The final planet in Borderlands 3, Eden-6, is my second favourite in the game, not just because of its jungle aesthetic, but home to my favourite enemies as well. Eden-6 has quite the unique design too. While most planets are laid out horizontally, Eden-6 is a vertical world with layers upon layers of locations sprinkled around its map. Eden-6 is home to the Jakobs Corporation, run by the Jakobs family who you may be familiar with if you've used a gun in the series (which is all the time). First mentioned by Marcus in the DLC, Claptrap's New Robot Revolution, we get to really see Eden-6 in all its densely populated glory in Borderlands 3.

Fun fact about Eden-6: The planet has a wealth of Eridium, meaning that the Eridian race possibly used Eden-6 as either a bank to house their Eridium or harvest it using some of the planet's natural capabilities. Since there's very little civilized settlements on the planet (or at least was), it would be off the radar for space raiders or others looking to get their hands on the valuable resource.

Borderlands 3 is now available for PlayStation 4, Xbox One, and PC via the Epic Games Store. Hold on tight, our full review is coming soon! Meanwhile, check out our review-in-progress.

Lurch
Thankfully, I've got a lot better at ignoring fluff with age but I still hate those checklists. Glad to hear the main missions are fun and more diverse though.

Blaze
@Lurch The side quests are still overwhelming, especially after a few hours once they start piling up and your menu looks like a giant check-list. Story missions are mostly fantastic though, and have enough variety as opposed to "go here, kill that, rinse and repeat". It's a step up from the previous games, at least for the main quests. I do recommend playing with a friend (as always), because some stuff - even dropping to easy - is just brutal when you're underprepared.

Lurch
@Blaze - How're you finding the main-quest vs. go-there-kill-that mission ratio? Always happy to tackle the main path of any Borderlands games solo, though preferably with a mate, but we've always found they offload so many secondary quests at any given time it's almsot hard to keep focus on what your goal is in each area.