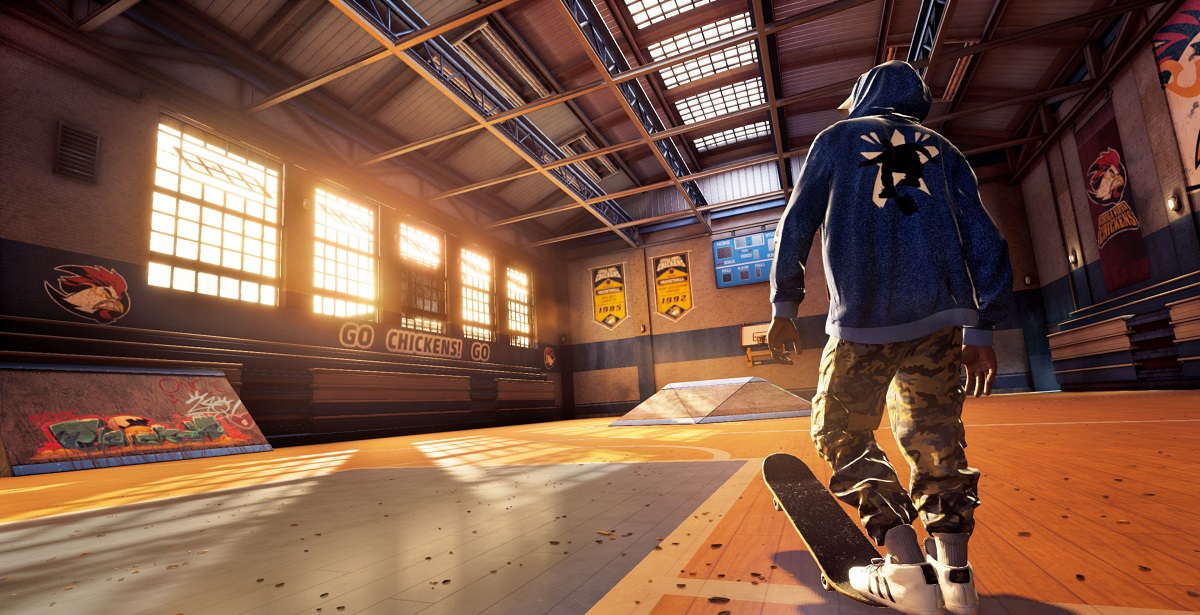 Much like their Crash Bandicoot N. Sane Trilogy, Vicarious Visions have once again proven to be one of the masters of excellent, high-quality remakes today, a point further reiterated with Tony Hawk's Pro Skater 1 + 2. Originally developed by Neversoft, the original titles from the 90s have earned a massive reputation of being some of the highest-rated video games of all time. It was never going to be an easy task for Vicarious Visions, but once again, they've stepped up to the challenge. 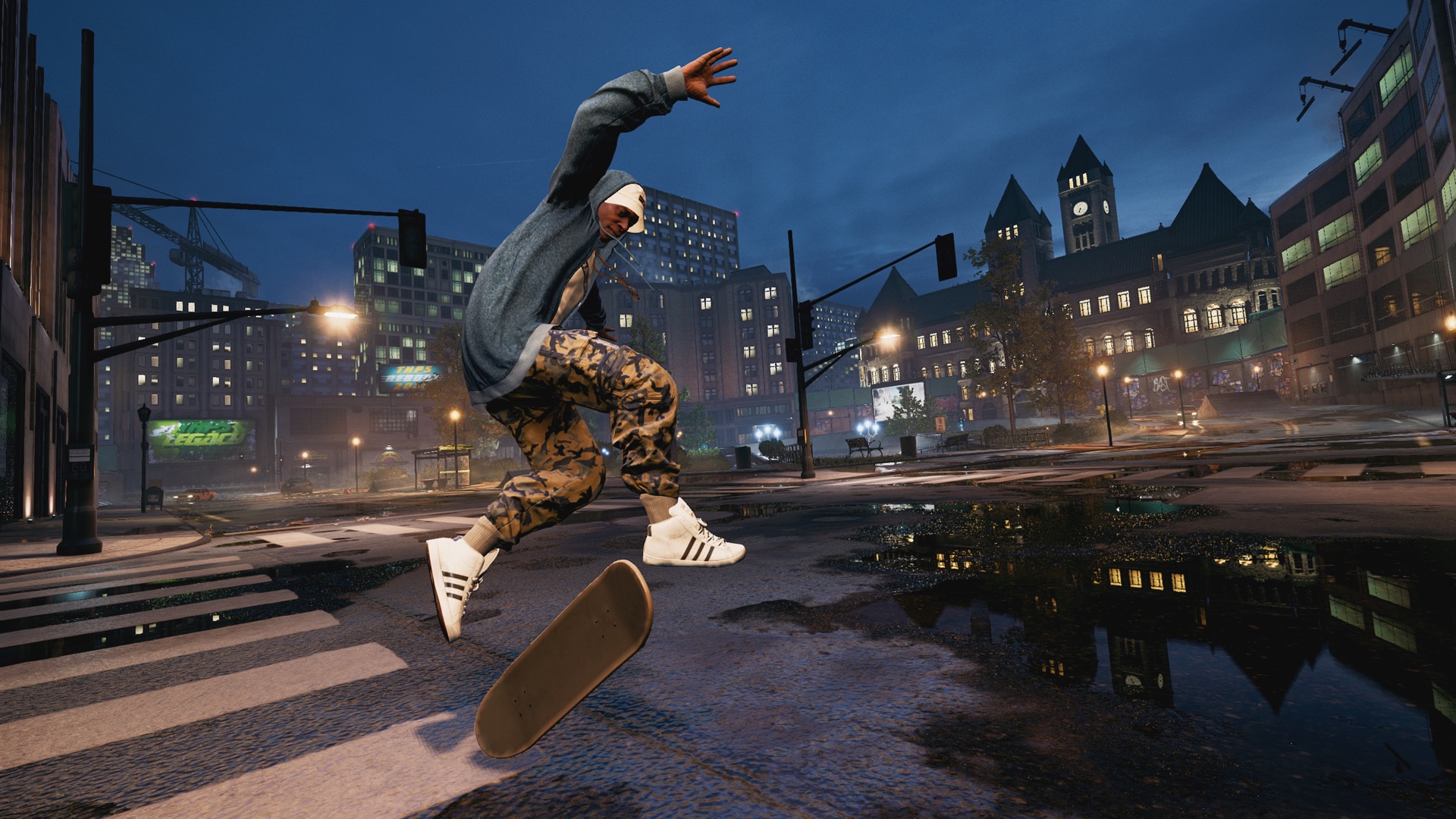 Tony Hawk's Pro Skater 1 + 2 bundles the first two titles in the Pro Skater series. Upon booting it up for the first time, you may be slightly confused as to why it isn't allowing you to choose between the two titles in individual menus. Instead, this remake wisely chooses to centralize both games in one menu, and if you wish to tackle them individually, you can access each title via the campaign boot-up. I found this change refreshing, as it combined all maps and skaters (old and new) across both titles into one seamless layout, making switching between modes easy and accessible.

From the moment you set foot and skate around the various maps and levels, you'll see exactly just how much care and attention Vicarious Visions put into recreating the iconic locations - from the grungy warehouse (where you can rack up serious points if you know where to look) to the hustle and bustle of the San Francisco streets and the frustratingly fun downhill jam. All of them are in tact, wonderfully realized, and look and feel stunning in 2020. Fans should get a kick of great nostalgia reliving some of these moments and locations again, just vastly (and impressively) updated for current-gen hardware. This attention stems over to character models as well, which all look fantastic, and shine even brighter in the remarkably deep and fun create-a-skater (let's just say there's more than meets the eye here, without spoiling anything). 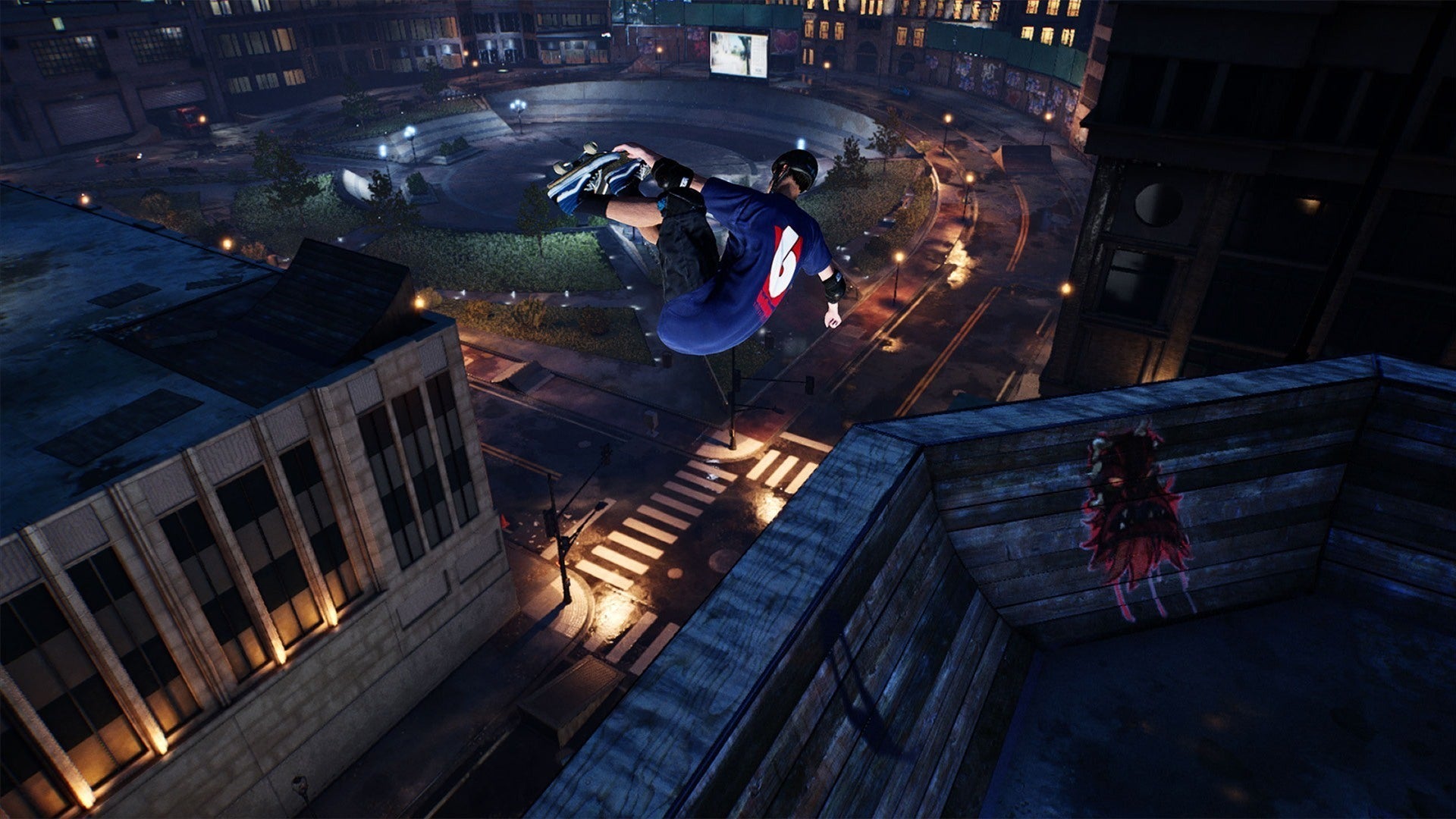 My journey started with the campaign for the first Tony Hawk's Pro Skater, and while I'm still busy grinding through it, there's so much I can already praise and appreciate about its modest upgrades and nuances. The levels weren't just recreated from their older counterparts, but actually improved in many ways. If you have an eagle eye, you may spot several nods to Neversoft, and previous Tony Hawk games that I didn't expect to stumble upon or see ever again. Finding these Easter eggs (especially in one specific map) was rewarding, but also showed how this remake pays great homage to the legacy of the franchise. It's a well-crafted "greatest hits" as much as it is a simple remake, and it works. 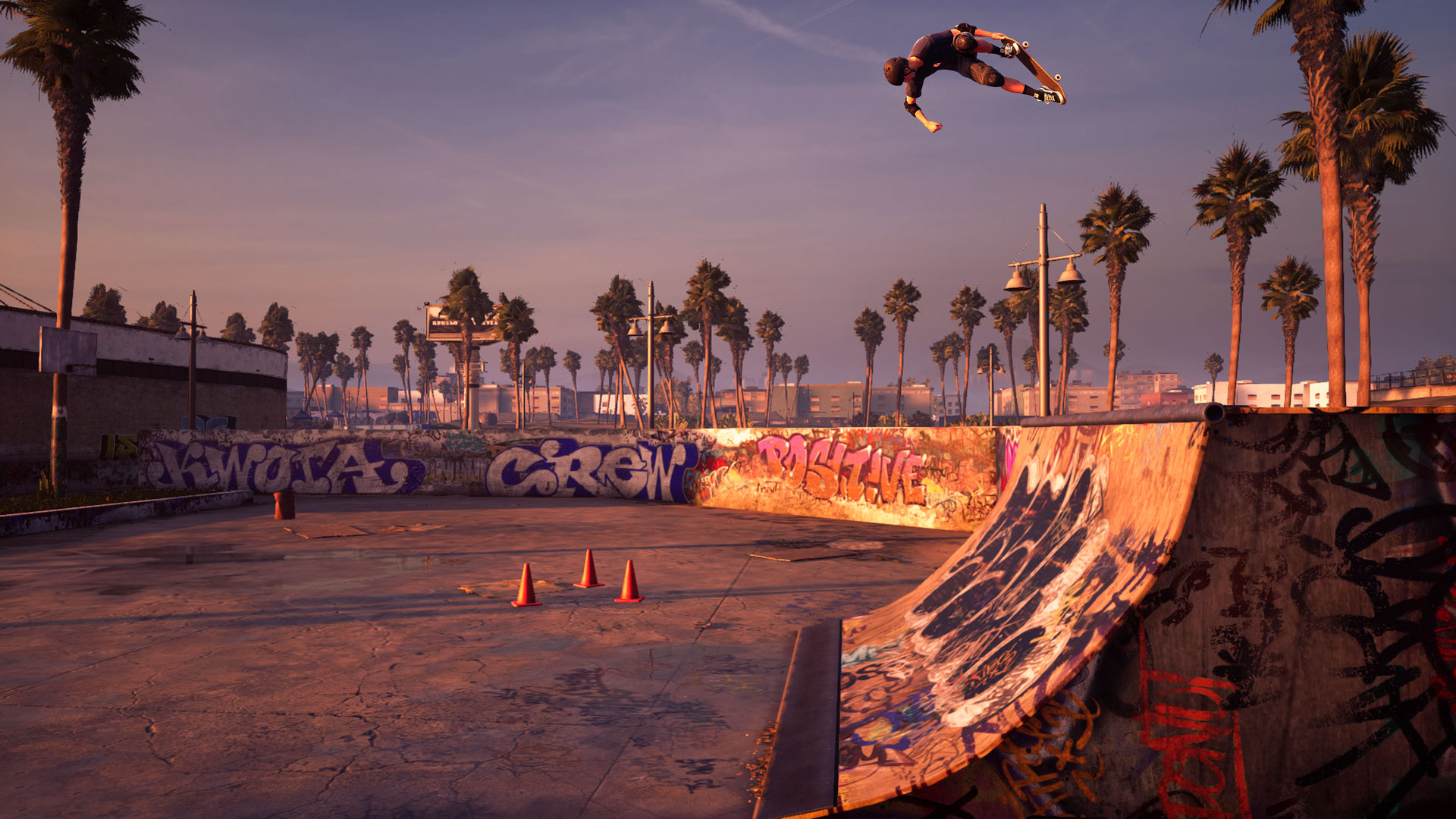 The Tony Hawk games have always provided some of the most accessible skateboarding experiences in gaming, and I'm incredibly impressed to see just how far Vicarious Visions have pushed that accessibility here. The controls are easy to learn, but difficult to master, though the action of just picking up a controller and pulling off/stringing together insane combos has never felt this breezily simple before - and I mean that as a huge positive. They've kept the tight controls of the original in tact, but somehow streamlined the different combos and tricks without insulting the legacy or dumbing anything down. It's a damn applaud-worthy feat, and speaking of applause, the new and old mixed soundtrack is absolutely marvelous. More will be elaborated in my full review. 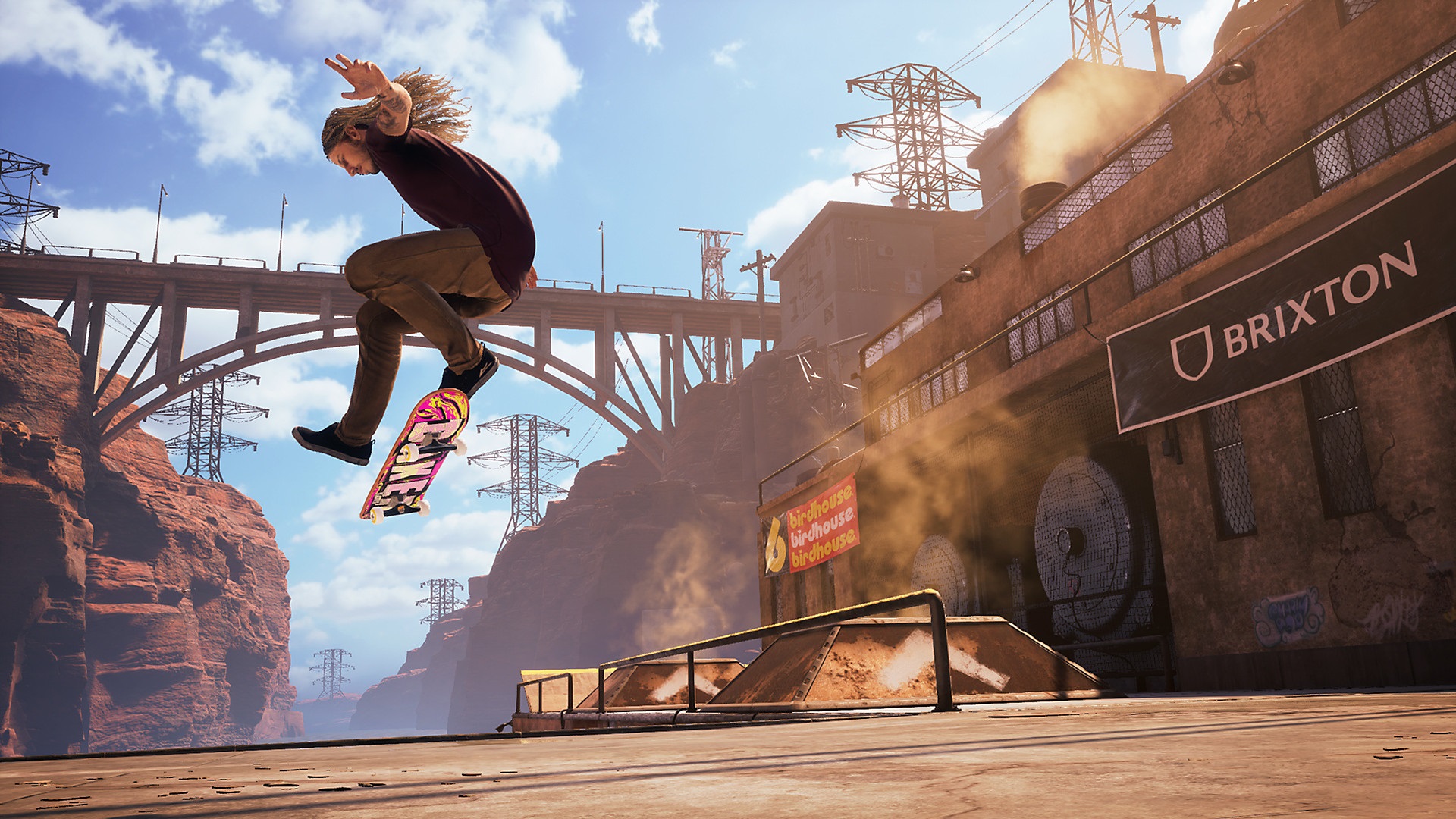 So far, Tony Hawk's Pro Skater 1 + 2 may have set a new benchmark for skateboarding games much in the same way its original titles did back in the 90s, only this time revamped and rejuvenated with terrific visuals, accessible yet intricate controls and gameplay, and a kick of well-earned nostalgia. Hang tight while I coast my way through various challenges and obstacles this weekend, but rest assured, Tony Hawk is back and soaring higher than ever.

Tea
= my entire weekend hopefully (where I'm not being loadshed)