Riders of the anomaly storm. 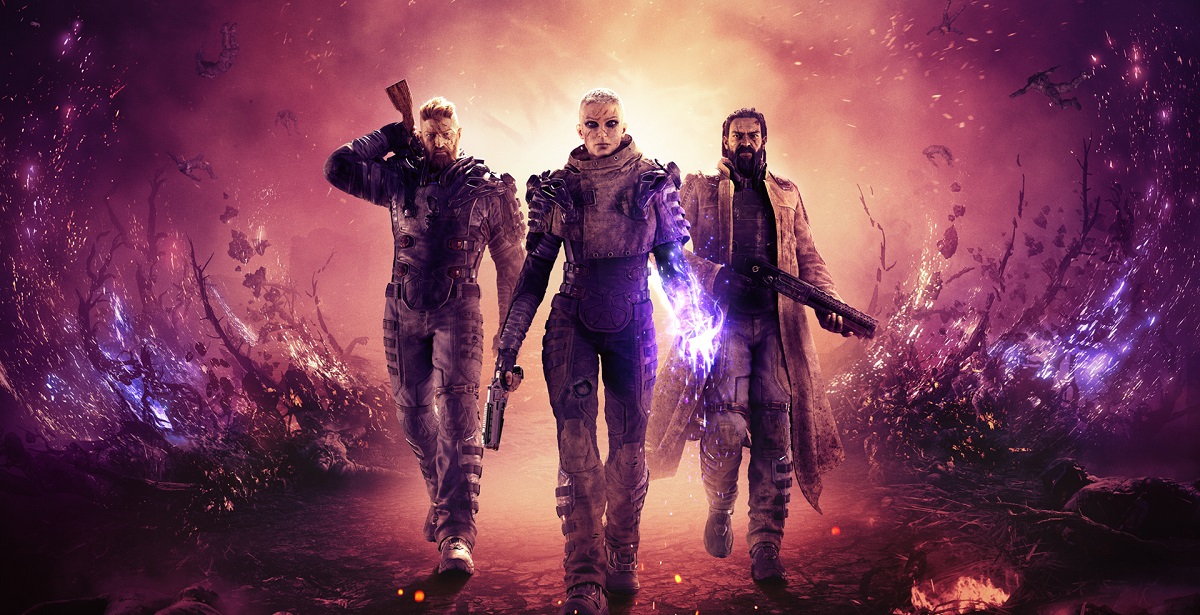 The more I played Outriders, the more I was reminded of one of my favourite 7/10 games – Darksiders 2. Outriders can feel derivative at times – with Gears of War-inspired gunplay and arena design, powers mapped to the bumpers as in Destiny, circle-strafing monster battles that feel straight out of Lost Planet, and a loot and crafting system from Diablo 3 (at least around the time they released the “Eternal Collection”). That said, it’s still a ton of fun, moves at a brisk pace compared to other looter-shooters, and is much better played cooperatively.

You get a massive campaign – easily 20-30 hours depending on the side quests you tackle and the chosen difficulty – and there’s the Expeditions-based end-game available at launch. Unfortunately, Outriders also has many elements that simply feel dated – notable examples include the way mission zones are interconnected and how arenas are packed with chest-high walls – while the visuals in the opening chapters can feel early last-gen in places. 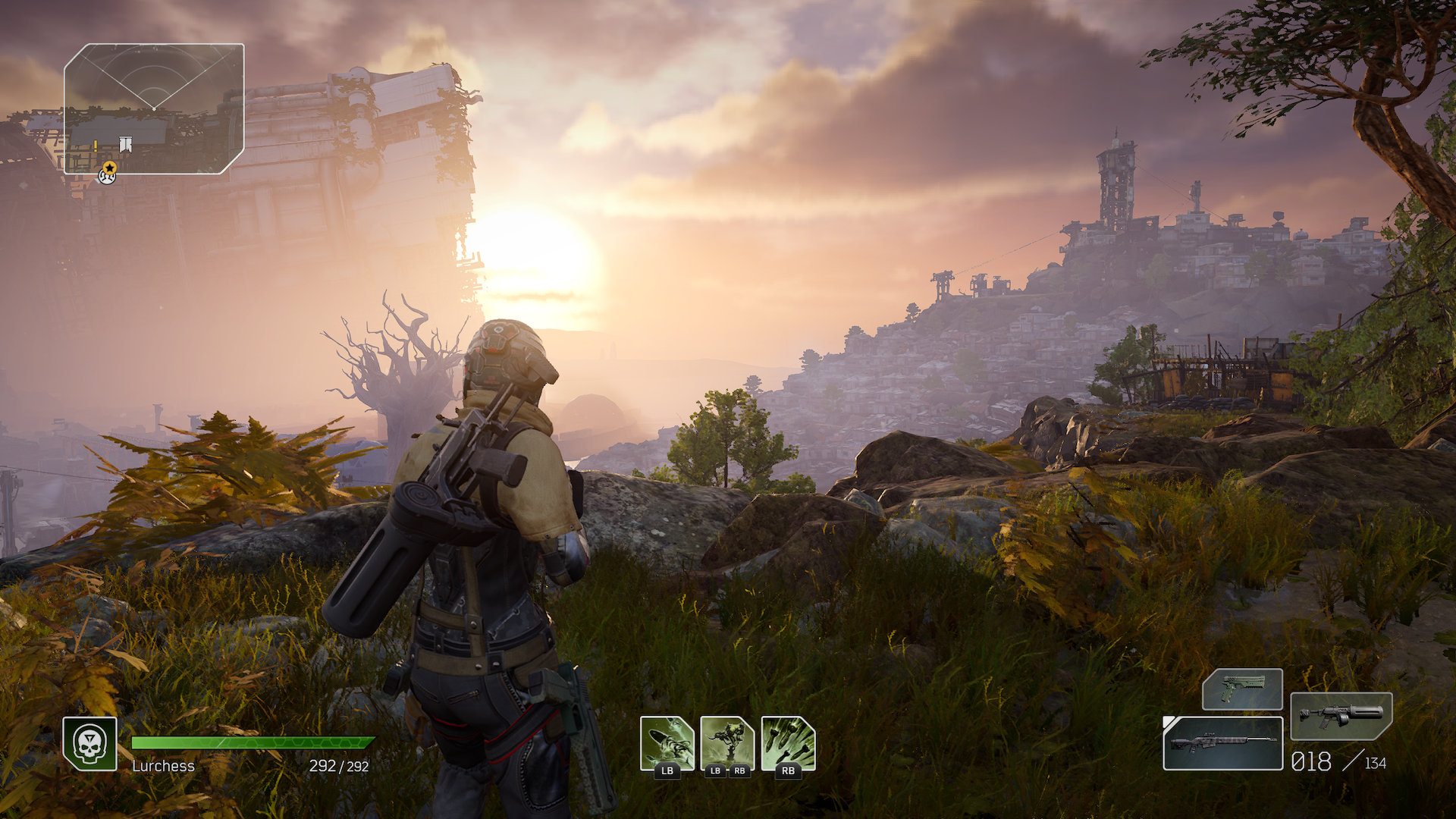 Individual elements and distant terrain can look rough but Outriders can nail the atmosphere (in the rare moments you’re out of battle and can appreciate it).


I’ve always been a fan of games with a deep narrative, but accept it’s not the focus of loot-driven games. Unexpectedly, People Can Fly has packed Outriders with lore. The downside is a dull prologue and slow opening act that does little to differentiate the game from its inspirations. There is also a ton of optional reading but the core plot requires none of it.

Once you’ve got through a few missions, unlocked at least three powers, and found your first "rare" gear with ability mods, things pick up nicely. The mission structure is… unremarkable. Follow waypoint, enter an arena, kill everything, move to next arena, kill everything else and trigger cutscene. What’s important is the fast and fluid gameplay, juggling guns and powers, coordinating with allies, then checking your sweet loot.

Unexpectedly, People Can Fly has packed Outriders with lore. The downside is a dull prologue and slow opening act...

After natural and manmade disasters, coupled with the collapse of nations, renders the Earth increasingly uninhabitable, 500,000 survivors (in cryostasis) are sent to the planet Enoch on an ark ship. Discovering that Earth has long since stopped sending messages, the Outriders deploy to the surface 83-years later and things quickly fall apart. Chasing a mysterious signal, they encounter a deadly fungus and an “anomaly” storm that rips through their forces. 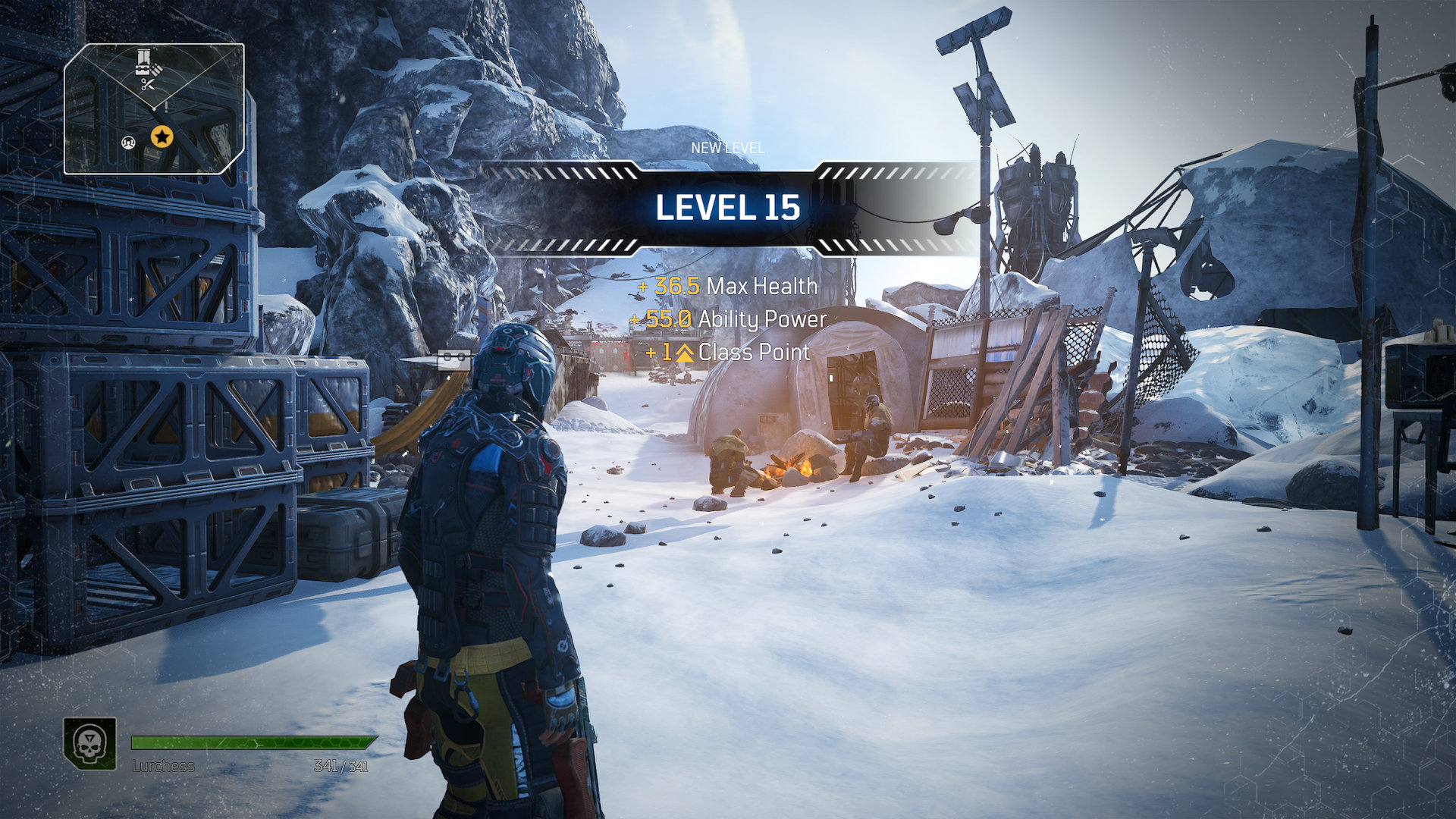 Your male or female character can be lightly customised before the prologue, and there’s plenty of time to soak in the sights, lore, and some basic cover-shooter combat. Before sustaining critical wounds, your commander is murdered, the landings initiated despite the hazards, and you’re shoved into cryo for 31-years. Not unsurprisingly, you awake to discover the remnants of humanity trapped in an endless battle for scarce resources.

Outriders' is packed with story beats and cutscenes, though it has the bare minimum of likeable characters. Your protagonist goes from cynically executing enemies in one scene, to giving hopeful prep talks in the next. There are several big reveals after the halfway mark, but most of your growing team barely react outside of a few overwrought cutscenes.

On the upside, the basic gameplay loop of combat, looting, and crafting will keep you coming back if the narrative hook doesn’t.

On the upside, the basic gameplay loop of combat, looting, and crafting will keep you coming back if the narrative hook doesn’t. After being exposed to the anomaly storm and surviving as an “altered”, your choice of class will reveal new elemental powers and the ability to survive considerable damage. Gaining levels earns you new powers, perks, and better gear that have weapon- and power-modifying slots. 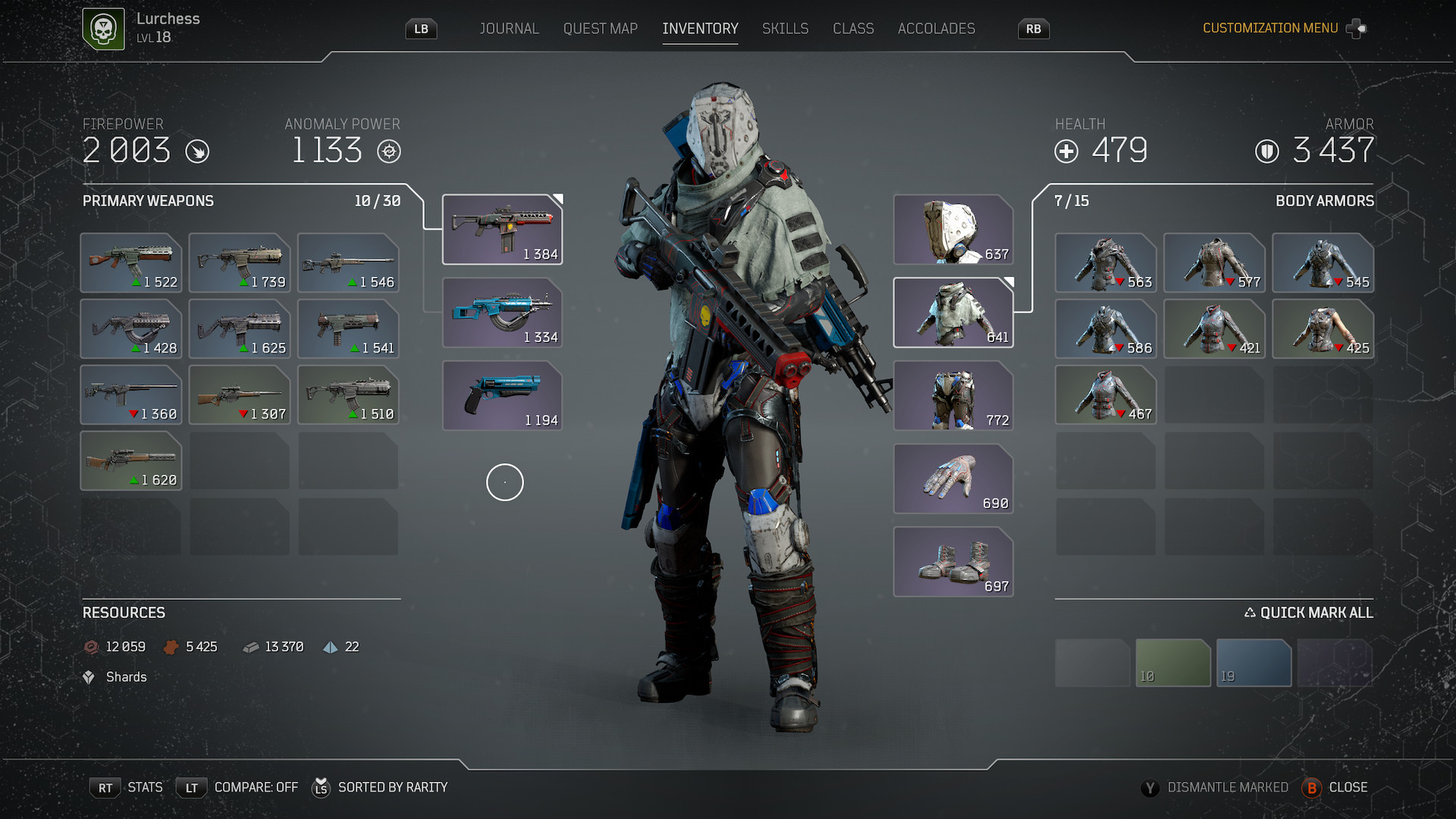 Outriders is really generous when it comes to loot. You’ll often find yourself returning to camp to dismantle old gear, modify new gear, or level up your favourite weapon.

The four classes are the close-range, tank-like Devastator; mid-range AoE-oriented Pyromancer; close-range, time-warping Trickster; and gadget-focused Technomancer. Each has an affinity with one of several forces: think earth, gravity, fire, time, ice, and poison. Synergising your powers - with companion powers and gear modifications - is a highlight. Outriders’ drops a ton of high-tier loot early (unless you are intent on sticking to the lowest difficulties) and the crafting system allows you to dismantle, learn new mods, and then customise the hell out of your new gear to create the ultimate build.

If you stick to firearms, Outriders plays a lot like typical cover-shooters. You move between cover, prioritise targets, and coordinate firepower on elites and bosses. Once you come to grips with your power set, however, you’ll realise cover is for your enemies and an annoyance for you. It remains useful for human foes to a degree, especially for glass-cannon classes, but enemies always have the ability to flush you from cover. Juggling cooldowns and never taking your finger off the trigger is vital to staying alive.

Outriders’ drops a ton of high-tier loot early... and the crafting system allows you to dismantle, learn new mods, and then customise the hell out of your new gear to create the ultimate build.

Your chosen “world-tier” – which increases as you earn XP playing in the highest unlocked tier – dictates enemy levels, gear levels, and loot drop rates. You can try your luck and set it to stay maxed or adjust it any time if you hit a brick wall. It’s well balanced up to world-tier 10 for solo play and the remaining tiers are best saved for cooperative play (as you begin to melt under fire). 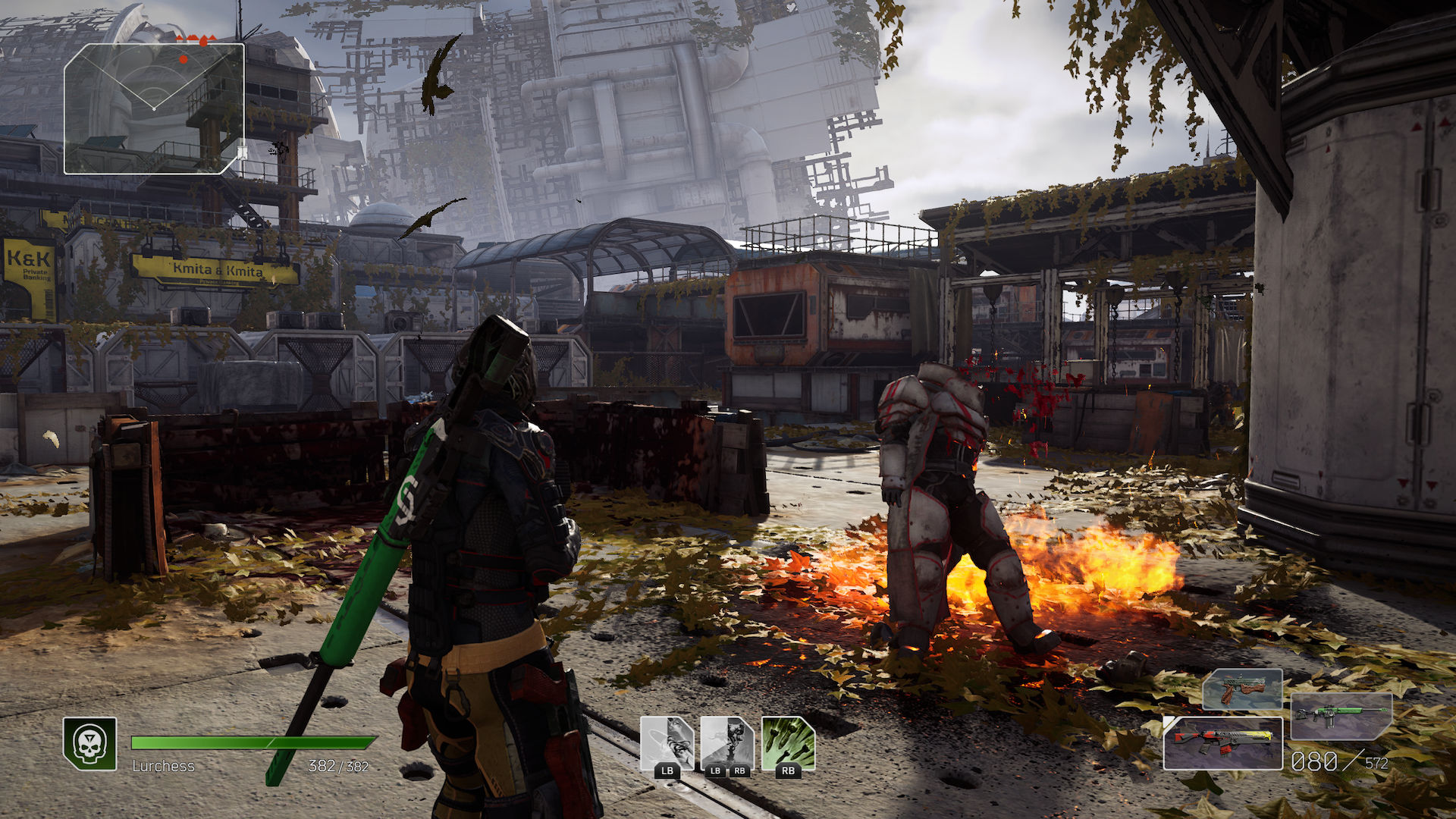 Finishing off an enemy while using a slowing status effect leads to a glorious, protracted death animation. Second only to a skill that explodes bones, turning your kills into makeshift, exceedingly gory grenades.

Weapons and gear follow the classic tier-system: common, unusual, rare, epic, and legendary. Higher tier gear means more mod slots, and any dismantled weapon will add a mod to your crafting pool. When crafting weapons, you can level up their rarity and level to keep them viable, change their firing mode, and, most importantly, pick one mod slot to replace with any from your pool.

Thankfully, crafting material is easy to acquire, and high-tier loot is dropped frequently. In a single campaign run, you can play around with dozens of different weapon types and power-altering modifications, finding your perfect build. Each class has a unique skill-tree - split into three branches - that give you further customisation options (and it can be reset and reassigned freely).

In a single campaign run, you can play around with dozens of different weapon types and power-altering modifications, finding your perfect build.

The one downside is accepting you need to let go of, and preferably dismantle, gear as you go. Epic and legendary weapons have incredible mod abilities, but as you’re constantly finding better gear, it’s worth dismantling them and adding those mods to newer weapons. Once you reach the end-game “Expeditions”– which offers up 15 unique missions with its own difficulty-tier system – you’ll earn even more crafting resources and can spend more time hunting for (and modifying) legendaries. Expeditions reward you based on both difficulty and completion time, so they’re great for building well-optimised teams with friends. 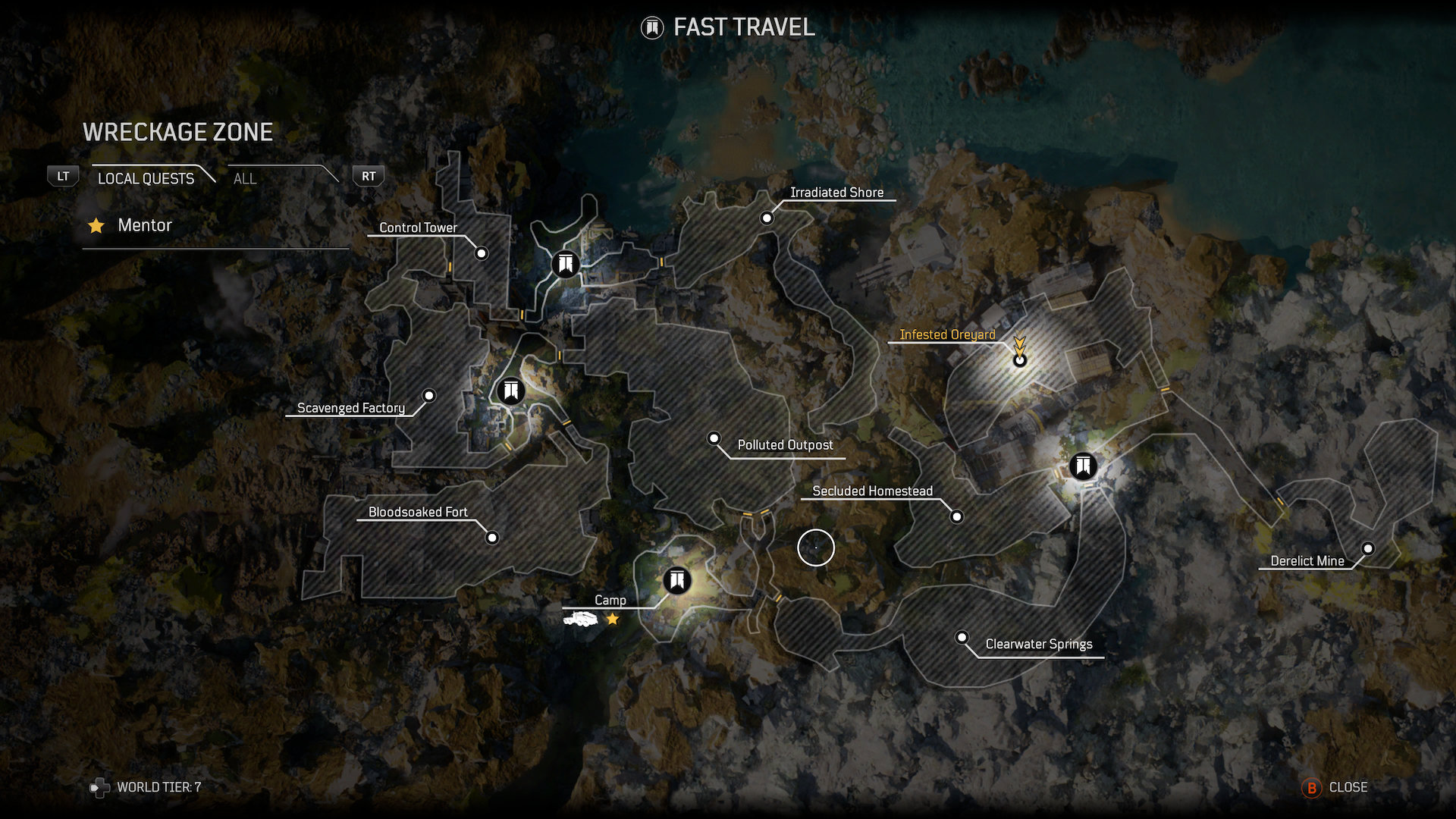 Short missions in discrete zones make sense for multiplayer sessions, though it makes the world feel less cohesive and repetitive for solo players.

Where Outriders falters is in its world and quest design, especially during the opening chapters. This game can look last-gen, borderline last- last-gen at times. The benefit – I assume – is excellent 60fps performance on the next-gen consoles (much improved over the demo) with responsive controls. Things get much better once you had further eastwards on the map, but the war-torn landscapes of the opening chapters are often bland. The writing, as mentioned previously, is inconsistent but the voice-work good and the music bombastic when battles begin.

Getting over rough visuals is one thing, but the simplistic quest design (go here, kill that, return for a reward, repeat) coupled with the segmented maps and transition scenes feels so dated. It’s hard to feel immersed in a world when it consists of so many chest-high walls. Make no mistake, each arena is designed well, with flanking paths and high ground for every class, but it begins to feel repetitive, especially when playing solo.

Getting over rough visuals is one thing, but the simplistic quest design... coupled with the segmented maps and transition scenes feels so dated.

As a result, Outriders is difficult to score. There is a ton of content, gunplay and powers feel impactful, power synergies make co-op even more fun, loot is doled out generously, and the crafting system needs to be copied by its peers. However, the dated level design and simplistic quest structure, along with spotty visuals, detract from the experience. Regardless of its flaws and some derivative elements, it still managed me hooked for over 25 hours. I probably enjoyed 90% of my time, split between chunky combat and modding gear. It’s a solid 7/10 that I hope will gain a decent following and get us a more refined sequel.

Tactical combat that focuses on synergising weapon abilities and powers

Plenty of content with a lengthy campaign and end-game Expeditions

Spotty visuals and animations in the opening chapters

Can get repetitive played solo 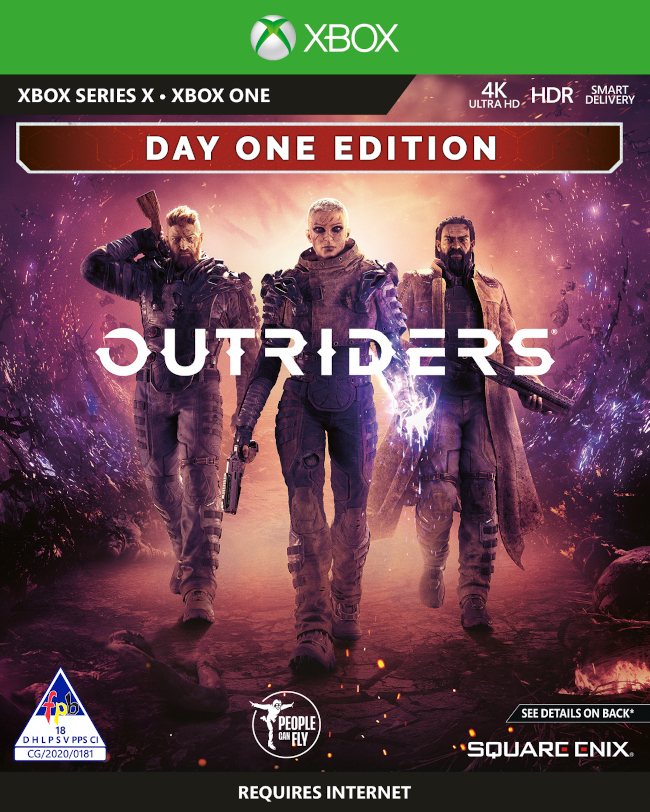