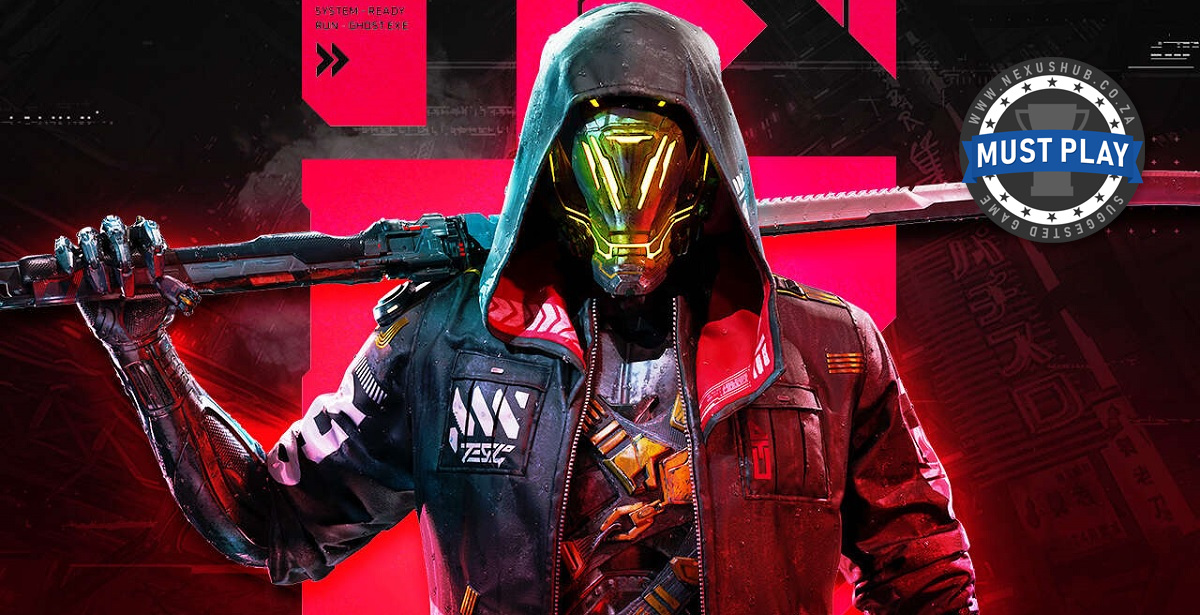 Ever since the release of PlatinumGames' Metal Gear Rising: Revengeance, there's been a craving for more fast-paced and frantic cyber-ninja action games. As niche as that sounds, it was still a pocket of the gaming industry that was missing its creative potential. Along came One More Level with Ghostrunner, which gave us exactly what we've needed: moving fast, killing fast, and doing so with stylish precision. Its upgraded release on PlayStation 5 has only further solidified Ghostrunner's legacy as a fun and formidable beast of a game. 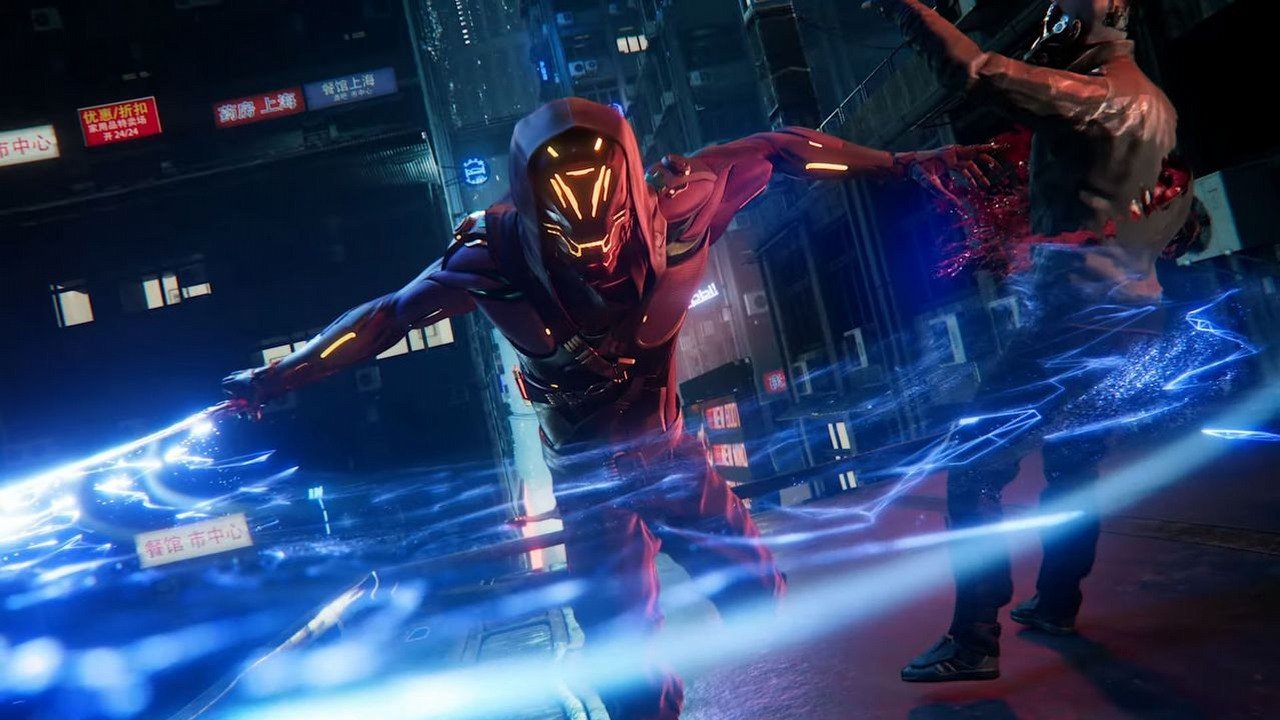 Ghostrunner takes place in a dystopian cyberpunk world where players assume the role of the titular amnesiac-ridden Ghostrunner, Jack. With only a sword in his hand and a voice in his head (not his own, but that of a mysterious figure known as The Architect), he must hack-and-slash his way through adversaries - ranging from rebels to corporate foot soldiers - to find out about his strange past while trying to bring down a major organization that's at the heart of this world's conflict.

It may not be up to the level of some AAA storytelling juggernauts, but its narrative framing works well to set up some potential twists and key conflicts...

I'll try my best to shy away from spoilers regarding the story because Ghostrunner actually packs quite a few surprises. It may not be up to the level of some AAA storytelling juggernauts, but its narrative framing works well to set up some potential twists and key conflicts throughout the story. Jack's personality is jarringly stoic at first, but the more you unravel about his past, the more complex he becomes. This extends to The Architect as well, who becomes your trusted guide. 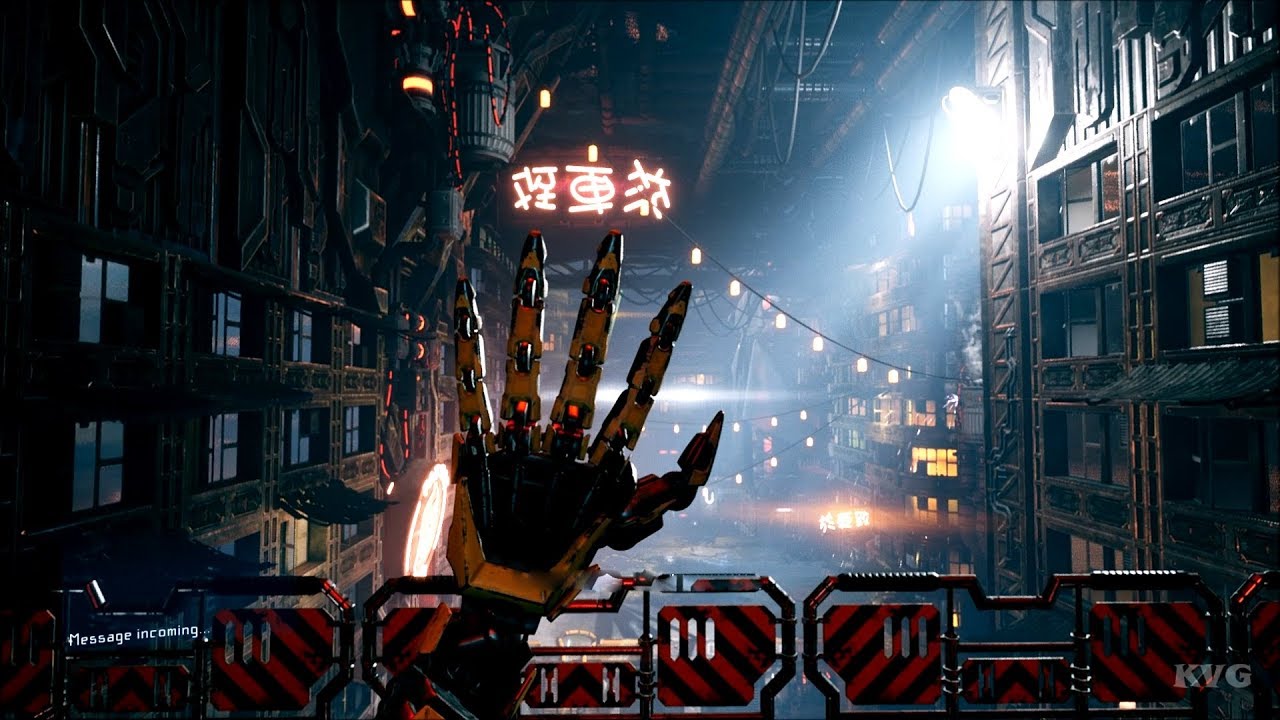 If you want action, then you've certainly come to the right place. Armed with only a sword, the cyber-enhanced assassin must traverse environments by using parkour, wall-running, and taking out the occasional enemy along the way. The crux to Ghostrunner's gameplay loop rests in its trial-and-error process. Everything is a one-hit kill, but thanks to generous checkpoints, you'll have plenty of time to retry and perfect tricky sections. Trust me, you'll be doing this a lot throughout the game.

The levels are open-ended enough for experimentation...

How you string together free-flowing wall-running with its one-slice combat is what keeps the momentum of Ghostrunner always fresh, exciting and engaging. There's never a dull moment as you race from one section to the next in each level, taking out enemies that escalate in difficulty and variety. Enemies will start off with guns, but some will require players to destroy shield barriers protecting them, or taking them out from behind. The pacing is extremely frantic so failure is a guarantee, but in failing, you can begin to rework different strategies to succeed. The levels are open-ended enough for experimentation and despite its linear structure, there are multiple ways to tackle objectives and eliminate targets. 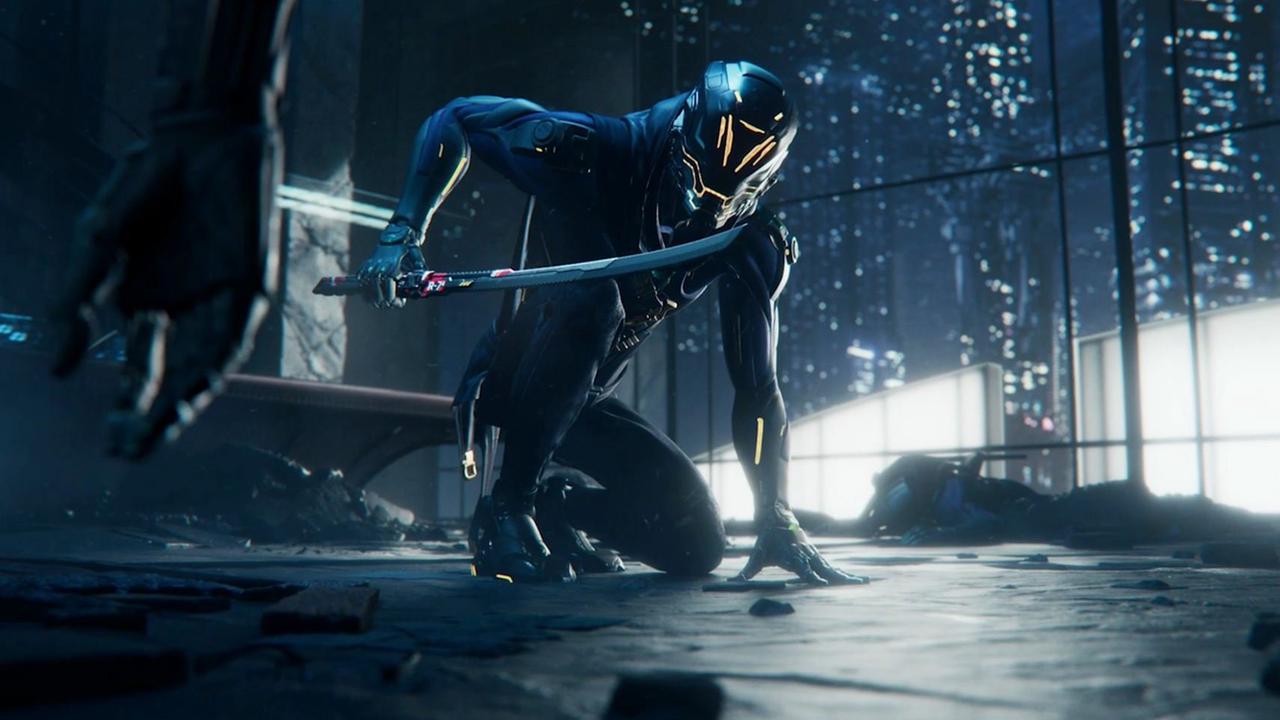 Unlike Mirror's Edge, the momentum is dictated by the player's skill in each combat or level traversal section. Instead of keeping a steady momentum going throughout the level, you'll run into constant stop-and-go roadblocks that require pinpoint precision to get past. This is where the addictive nature of Ghostrunner's gameplay shines. It's frustratingly challenging and players will fall, fail and try again, but that "one more time" feeling always keeps you hooked and pushing for that perfect run. Once you accomplish that, it's extremely satisfying and rewarding.

It's frustratingly challenging and players will fall, fail and try again, but that "one more time" feeling always keeps you hooked and pushing for that perfect run.

Ghostrunner chooses a rather unique upgrade path by using a tetromino grid system. New skills and abilities take the shape of Tetris-like pieces that can fit and slot into your grid, allowing for new abilities like slowing down time for more extensive periods or deflecting bullets more precisely. These all synergize in combat for a brilliantly flexible skill grid that allows for players to optimize their own builds and playstyles. 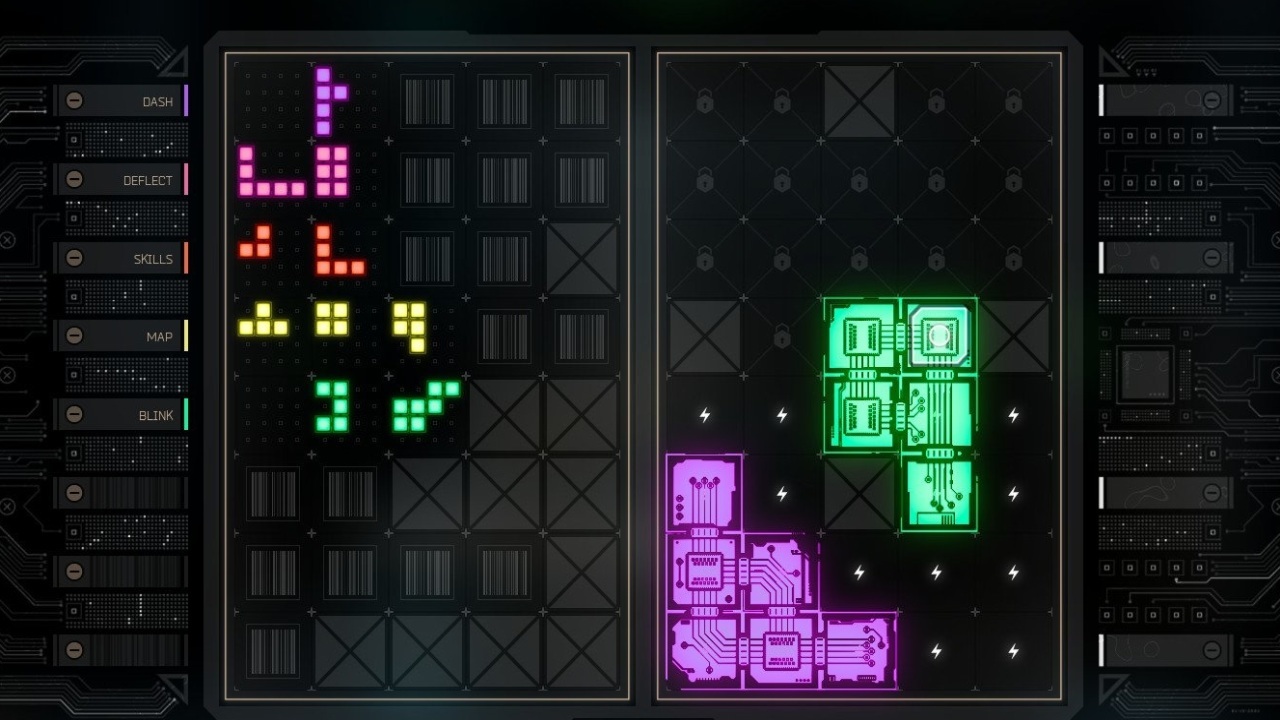 In combat, despite only wielding one weapon, you have a handful of skills and tools to mix things up. Shurikens can target objects or enemies at a distance, while an ability called Sensory Boost lets you slow down time and realign yourself in mid-air to evade bullets and obstacles. Basic commands such as jump, dash and attack are all relegated to the right and left bumpers, which takes some adjusting but you'll quickly get the hang of it in a matter of minutes.

The levels in Ghostrunner range from industrial areas (a lot of them) to Matrix-like dimensions called the Cybervoid. In between your wall-running and fast slicing, you'll often be thrust into the Cybervoid with The Architect to solve a series of puzzles. These can be quite challenging on their own, but rather egregiously, it kills the pacing a bit. The Cybervoid sections only serve to pull players out of the free-flowing action from time to time to solve puzzles or do some platforming. It makes sense narratively as this is where most exposition dumps take place, but kind of feels muddled when you're ripped out of the adrenaline-fueled cyberpunk action and dropped into a slow-moving digital world. 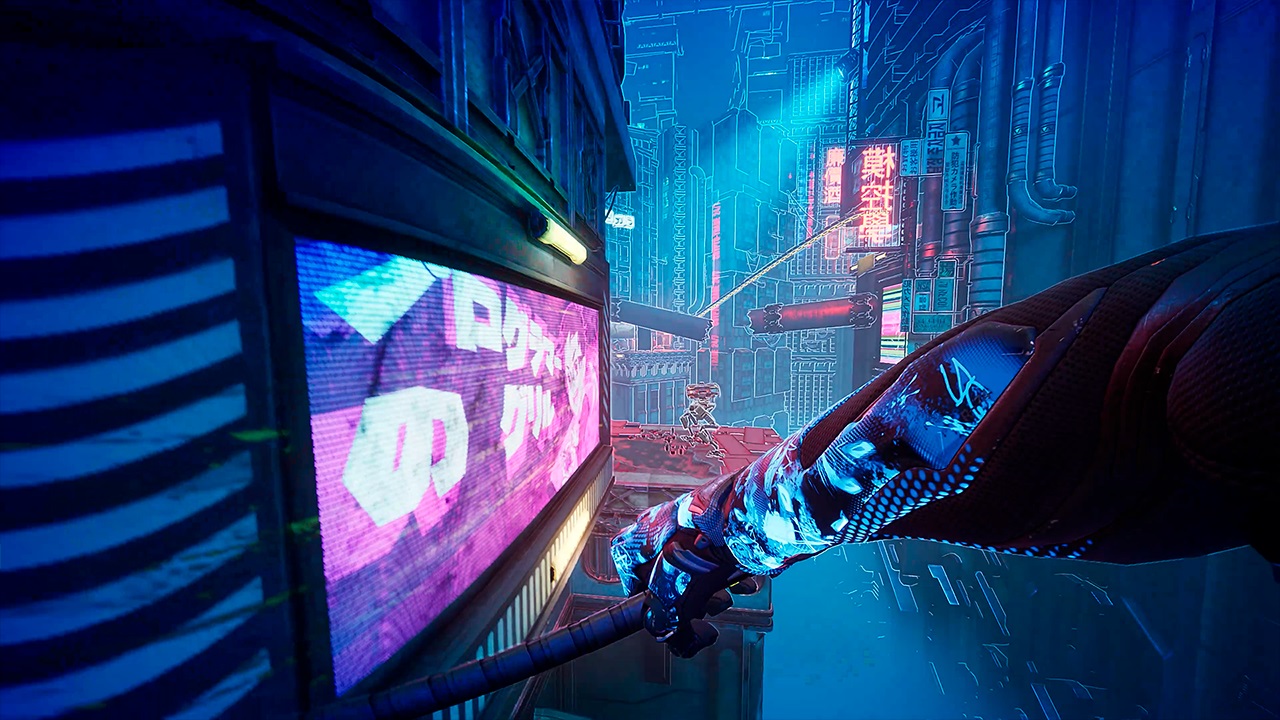 Thankfully, these sections only account for a small fraction of the game overall. A good chunk of Ghostrunner's gameplay across its six-hour campaign is spent dying and trying in its grimy, cold steel world - and that's exactly where you'd want to be for most of your playtime.

Technically, Ghostrunner runs buttery smooth on PS5. The cyberpunk-inspired visuals are a highlight and the level design is deliberately constructed to keep you constantly in motion. Some areas can look bland and uninspired, but in a game that has you moving so fast, you don't really need much time to get immersed in the scenery. I didn't encounter any bugs in my playthrough apart from the odd environmental clipping. Overall (on PS5, at least), it's a polished and well-designed game that maintains a rock-solid framerate amidst its brisk pace. 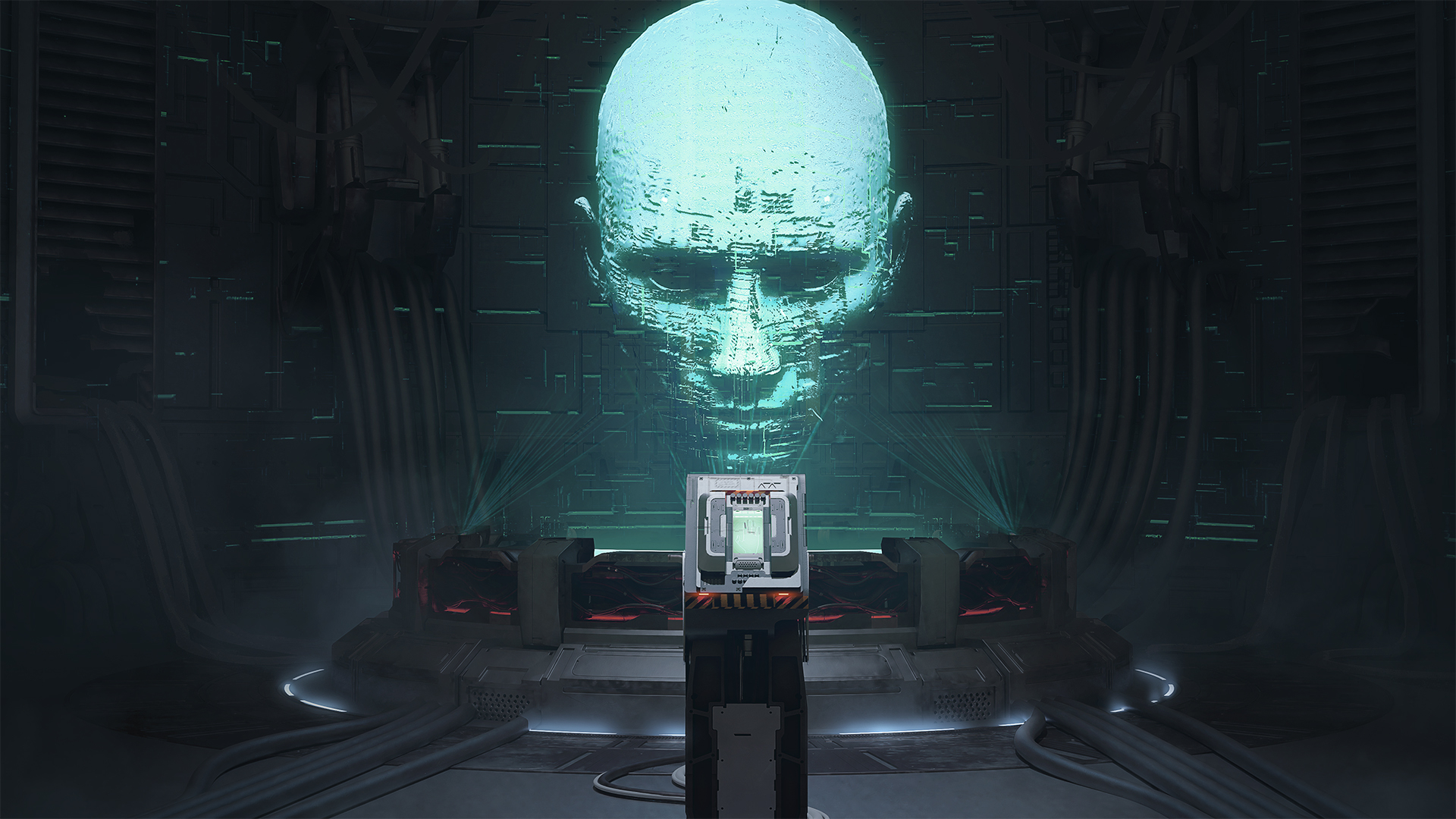 DualSense implementation is par for the course. It doesn't do anything drastically new to fully utilize the controller's haptic feedback or adaptive triggers, but it's barely noticeable to begin with. Hitting objects or barriers will provide some good feedback as to think quickly on your feet and react faster, but there was never a section in the game (except one) that made me really go "wow" with its DualSense features, which is a missed opportunity but can be forgiven because of how great the game is overall.

Ghostrunner on PS5 is probably the best way to experience developer One More Level's rage-inducingly difficult but absolutely addictive and enjoyable cyberpunk assassin game. Thanks to a solid framerate, polished visuals, and some of the most blisteringly fast action I've ever played in a video game, it delivers heaps of fun despite being formidably challenging. If you're looking for stylish action, remnants of Metal Gear Rising, and a functional cyberpunk game that doesn't crash every five minutes, you've come to the right place.

Not for the faint of heart 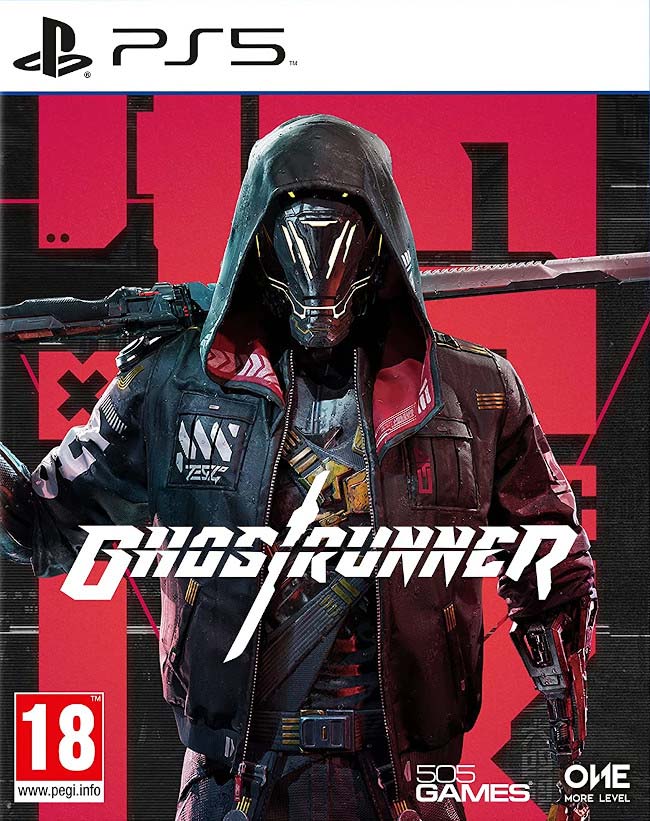