The best F1 game yet? 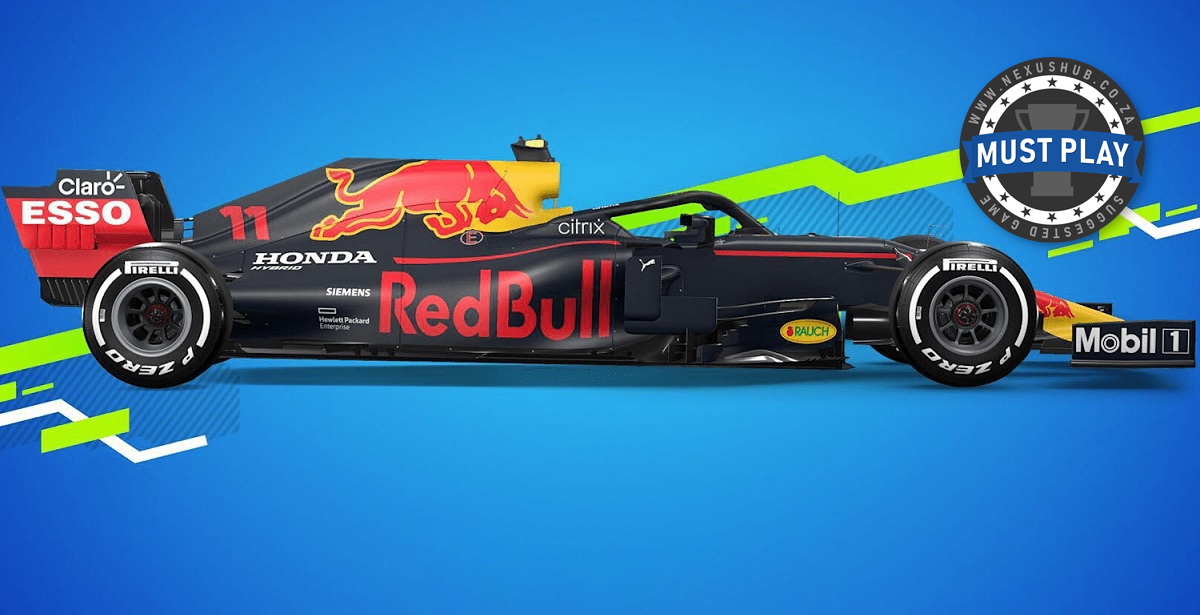 The greatest motorsport on earth has seen somewhat of a revival in recent years as a result of the dynamic approach of the sport’s new owners to marketing, but more to the point, thanks to Netflix’s incredible Drive to Survive series. Despite years of dominance by Mercedes and living GOAT Lewis Hamilton, the sport has seen a rapid rise in popularity. It comes as no surprise then that Codemasters' latest entry into their long running franchise taps into what makes F1 so interesting to some: the human element. 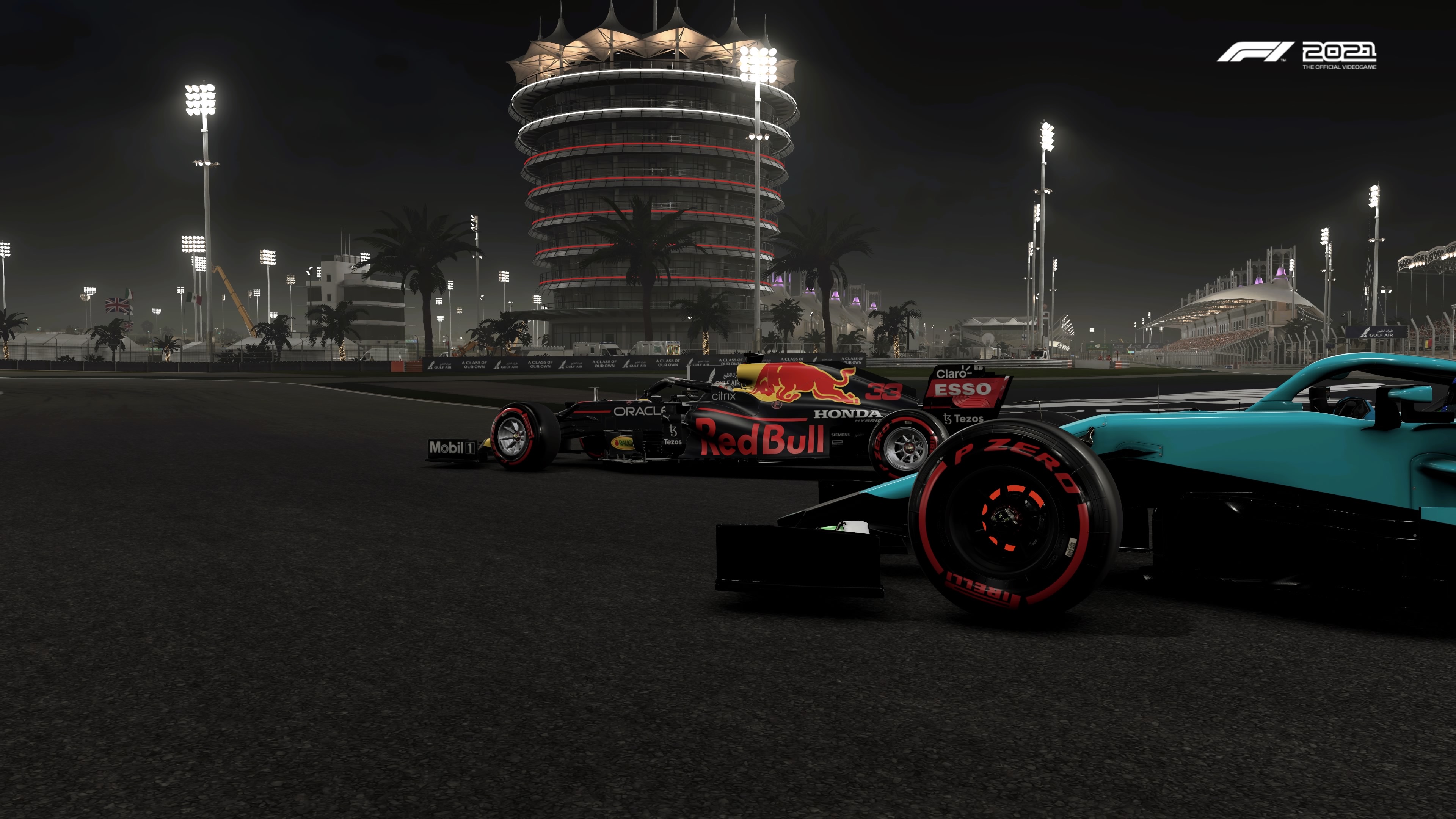 Right off the bat, F1 2021’s most touted feature is its new story mode, Braking Point. Having recently been acquired by EA, Codemasters has set its sights on a single player deep dive into the drama and personality that F1 has become so widely known for. Braking Point draws inspiration from the likes of FIFA’s The Journey with a good degree of success. Players take the roles of two teammates; Aiden Jackson, a fresh off the boat rookie looking to stamp his name into the history books; and Casper Akkerman, a legend of the sport in his twilight years. You’ll have the choice of picking their team, of which all are back markers, so Alpha Tauri, Williams, Haas or Alfa Romeo. Whichever team you pick, the existing roster drivers will be unseated for the course of the story. However, the rest of the grid remains and will even feature in the occasional cutscene. 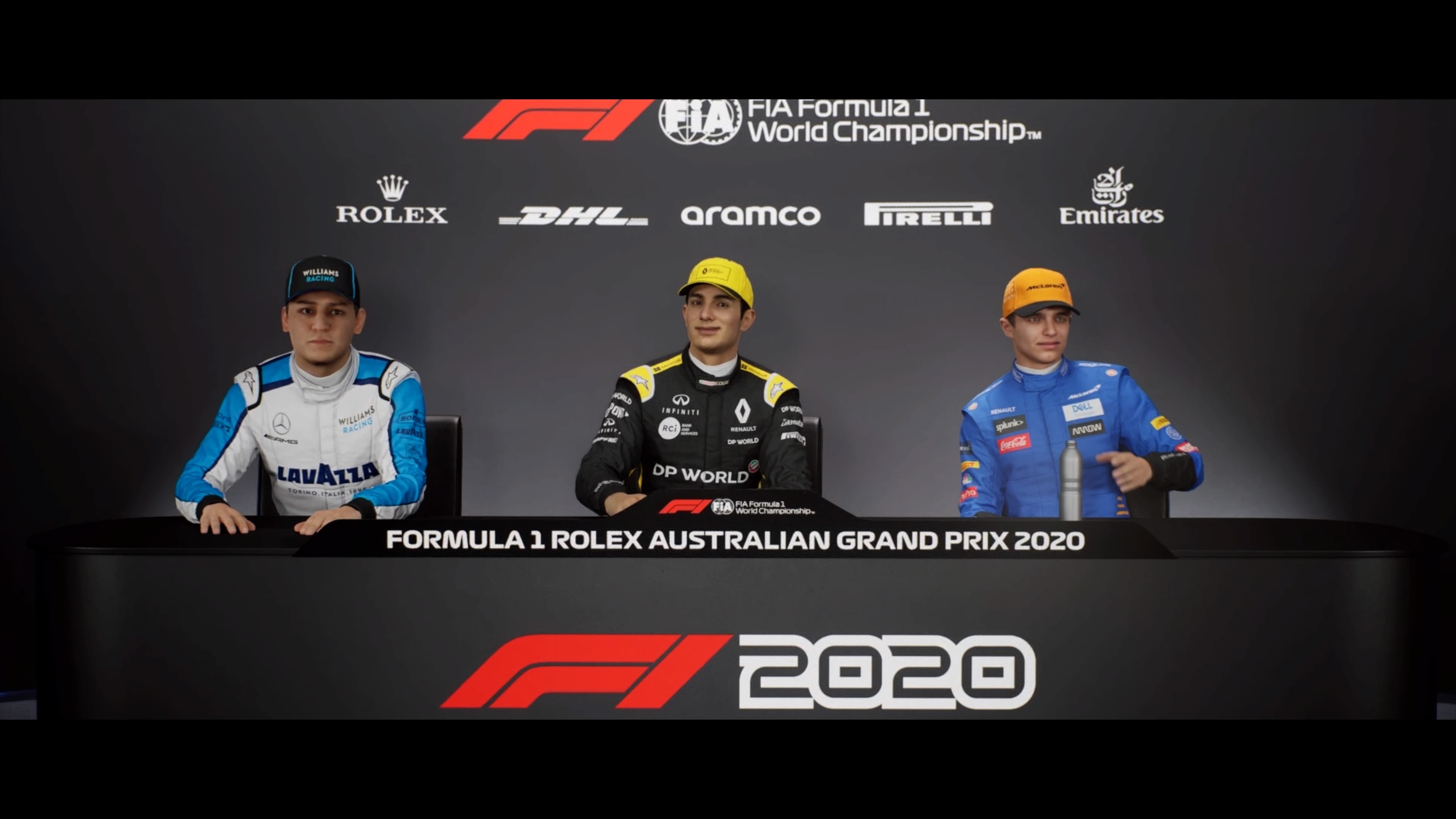 As the story rolls out you will be harnessed in with either of the two main characters as specific scenarios play out. Both Aiden and Casper are well realized and believable personalities, with Aiden’s character similar to that of a George Russel or Alex Albon, while Casper is akin to an Alonso or Raikonnen. Braking Point also sees the return of the loathed Devin Butler from F1 2019 and his weaselly little face and snarky character make him a memorable antagonist for the story.

Throughout the fairly lengthy campaign you’ll be tasked with chatting to the press post-race and even loved ones that feature as side characters, further building on the ‘behind the scenes’ angle that Codemasters are striving to replicate. This is done well, there are some great and believable moments that had me addicted to the journey these two drivers were on and eager to play out their story to the finish line. 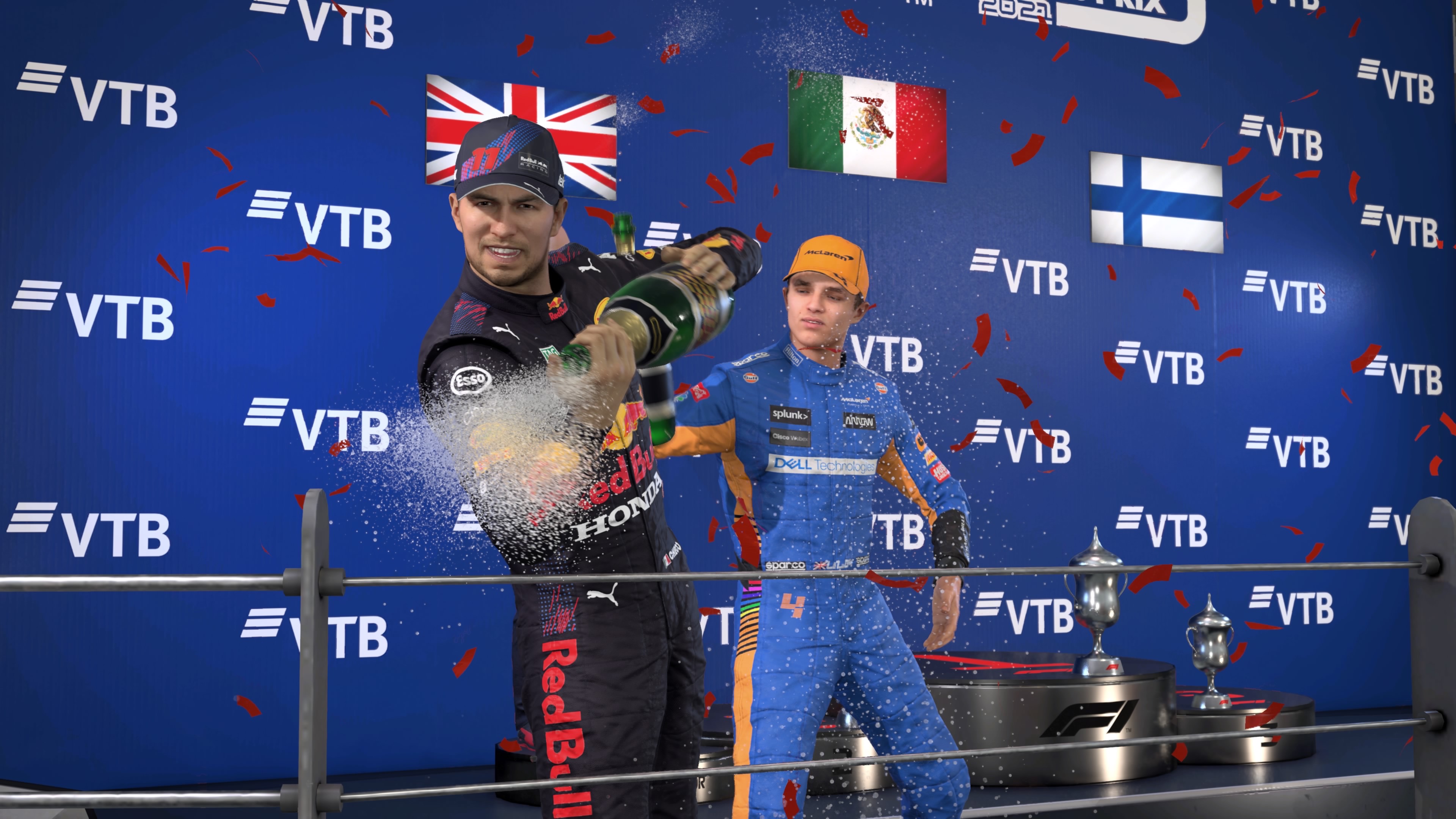 Unfortunately, Braking Point does suffer from a few very scripted events which you have no control over, but it’s par for the course. On many occasions I was tasked with finishing in the top 10 and even exceeded this by making it to the podium, however the cutscene following made no mention of my achievement which detracted from the hard work. The roughly 6-hour campaign is still incredibly well-executed, even though it makes no mention of the ongoing disruptions to global sports with the pandemic which directly impacted the 2020 season. It’s a great starting point for future installments of the game and I for one am eager to see what Codemasters brew up for the next season.

Beyond this, F1 2021 offers up fresh additional content, namely the two-player career mode which allows you to play through a full season from Australia to Abu Dhabi in a co-operative mode. While I was unable to test it to its full extent, it’s a welcome addition that will see you working with, or against friends. Improvements have also been made to the much lauded ‘My Team’ mode, with greater customization options and finer tuned seasonal upgrades - even the less nerdy F1 fans can enjoy this mode as it allows you to upgrade your R&D departments using an automated setting that reduces the heavy lifting which has previously been a bit of a wall for more casual players. While there is an element of ‘story’ to these other modes, including the odd appearance by F1 pundit, Will Buxton, these modes are largely run of the mill and without much personality. 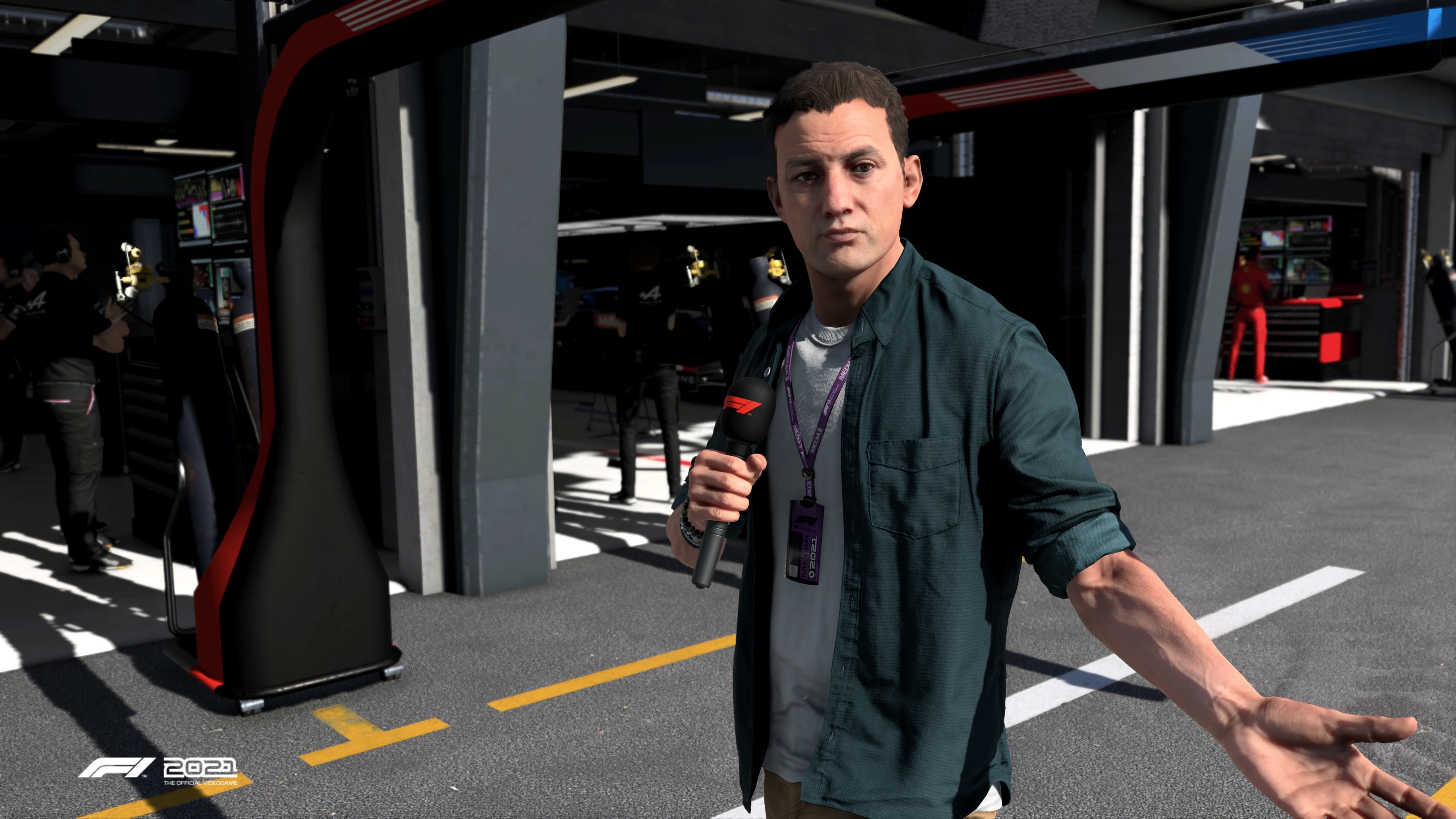 Jumping into multiplayer, there are now dedicated ranked lobbies that will, in theory, reduce the destruction derby type races that have plagued the series for the past few years. With F1 now touting their esports scene more than ever, there is also an option to try out for official placement in the global tournament. But it must be noted, being an EA game, microtransactions for cosmetics seem to be creeping in. At this point, it’s nothing too serious, but it is a little worrying to see.

On track F1 2021 is the smoothest, most visceral game to date. With numerous tweakable settings, cars handle and feel better than ever. An overhauled damage model also makes its debut to great effect; you can now scuff up or destroy barge boards, rear wings, sidepods and more which can severely impact performance on track. Players familiar with the handline from last season will find little to write home about though as we have been held back from the exciting 2022 overhaul which was due to take effect this season. Regardless, cars look and sound fantastic. There’s a distinct shift in audio quality, the mechanical whine of the differential and induction from the turbo units are borderline audio porn. 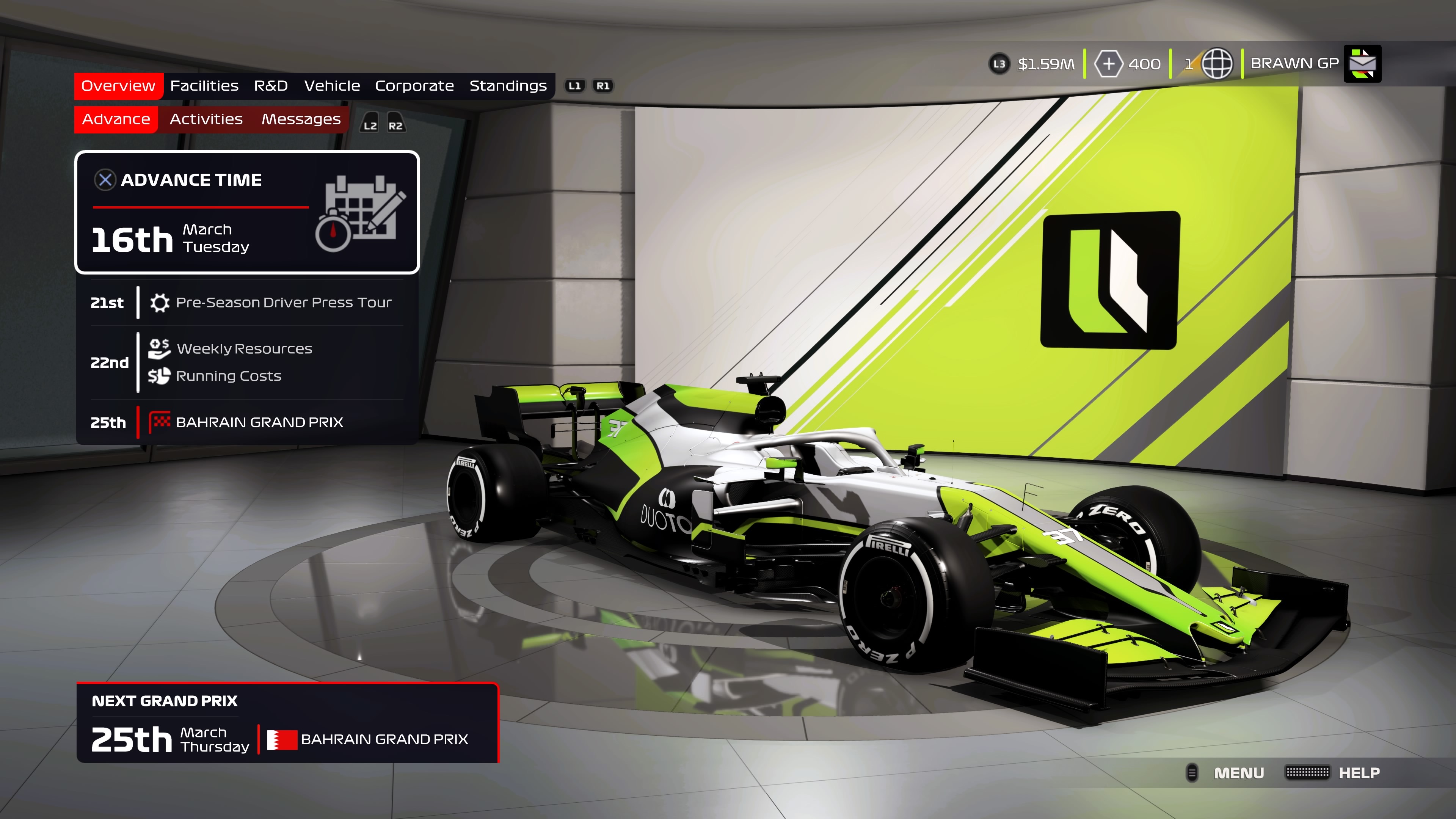 Previous games in the series suffered from some very waxy looking character models, but F1 2021 serves up the best-looking grid to date. I was really impressed off the bat by not only the character models in Braking Point, but also the rest of the real-life grid. I found myself swooning at Lando Norris’ model, the sharp looking, milk-drinking lad that he is. Tracks too have had some extra love put in; grass and gravel look great now, even at 320kph. Car models, the real stars of the show, are painstakingly detailed and look better than ever.

Overall, F1 2021 serves up the most complete and well-rounded experience to date. Annual improvements aside, Braking Point alone would be enough for me to jump in, but the fact that Codemasters have gone to this length to provide a complete package is admirable. There is really very little to dislike about this iteration and it provides a very solid foundation for the series going forward into the new era of consoles. 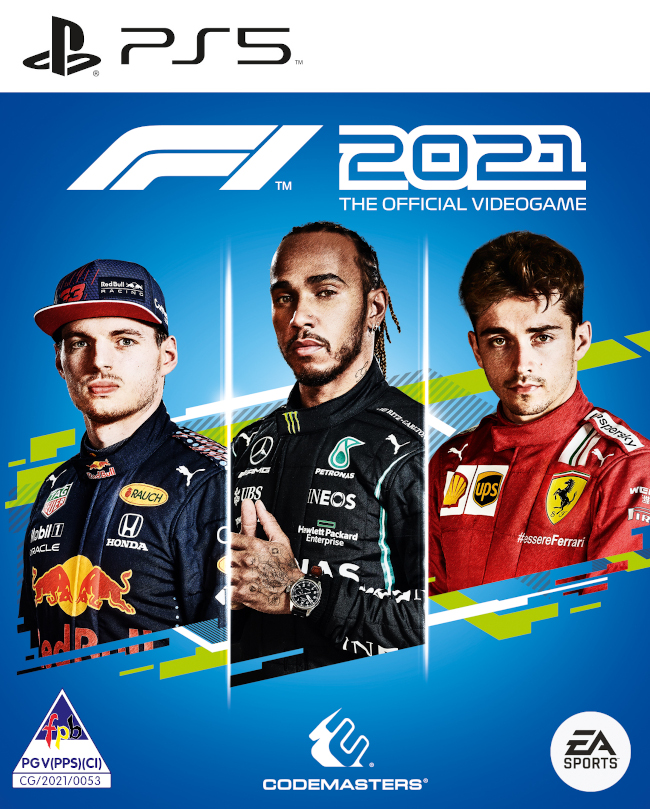