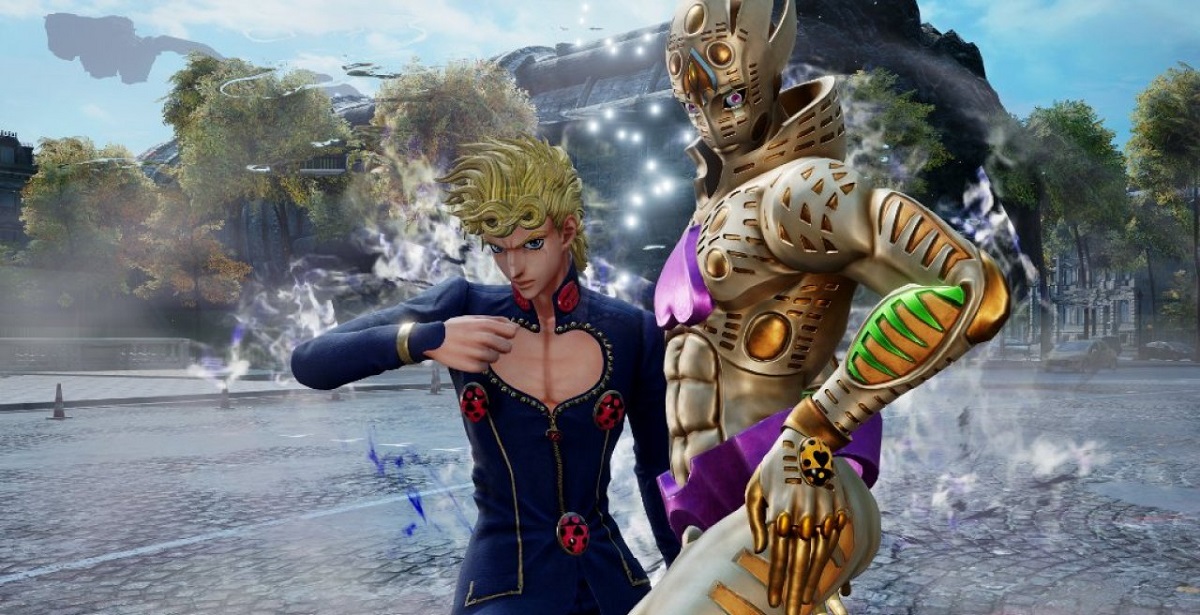 Bandai Namco's shounen all-star royal rumble Jump Force may have had a rocky launch, but it has come a very long way in providing various new characters across the large spectrum of beloved shounen fighters. After one successful season pass, the second season pass now comes to an end with the inclusion of a JoJo's Bizarre Adventure character - and fittingly so. Golden Wind protagonist Giorno Giovanna has joined the ranks of fighters now available in Jump Force, and owners of the second season pass have early access to the character.

Giorno Giovanna is planned to launch on April 13th, but is now available in early access for season pass 2 owners of Jump Force (check your time zones for the availability). The character is well-known as the protagonist of JoJo's Bizarre Adventure Part 5: Golden Wind, as well as being the son of the series' central villain, Dio Brando. So far, Jump Force includes two JoJo's characters in the forms of Stardust Crusaders' Jotaro Kujo and Dio Brando, with Giorno being the third character from the popular shounen series to join the rankings - complete with his own stand, the awesome Gold Experience Requiem.

Giorno Giovanna quickly became a fan-favourite character in JoJo's Bizarre Adventure as the main character of Golden Wind. His stand retains his father's notorious "Muda" attacks, but also allows its user to transform inanimate objects into natural life, and use them against opponents. The character design, above all, caught the attention of the fan base as being strikingly, well, over-the-top. His moveset in the game reflects his physical and transformative abilities from the anime and manga, which certainly makes for an interesting mix-up of a fighter. If you'd like to take Giorno out for a spin in Jump Force, he'll be available on April 13th as a standalone DLC character, or part of the season two pass.

Jump Force is now available for PS4, Xbox One, PC and Nintendo Switch.