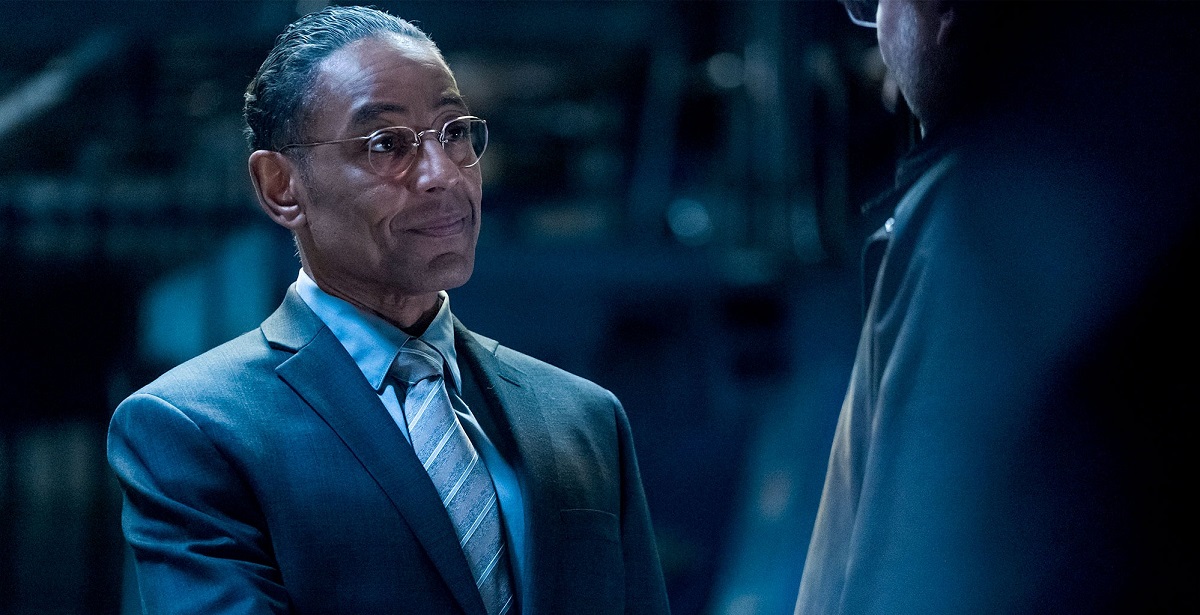 Last week, GameSpot revealed that Giancarlo Esposito, best known for starring in Breaking Bad, was working on a massive upcoming game. The details of this game were kept secretive until a media outlet accidentally let slip that the "big game" Esposito was talking about is actually Ubisoft's upcoming Far Cry 6. The article, posted on Gamereactor UK, has now been taken down (adding further credibility to this claim). However, the internet swooped in to quickly grab screenshots of the article and report on it.

Thanks to Gematsu (who took a screenshot of the article on Gamereactor's website), we now that Esposito will be working on Far Cry 6. The UK publications wording makes it seem like they're fairly confident that it is the truth, so we're taking their word for it, though we do recommend still taking it with a tiny pinch of salt. We won't have to wait long for confirmation, though, as Ubisoft Forward - a digital event featuring new announcements from Ubisoft - will happen this Sunday, July 12th. It's likely that the long-rumoured Far Cry 6 will also be revealed at the event. 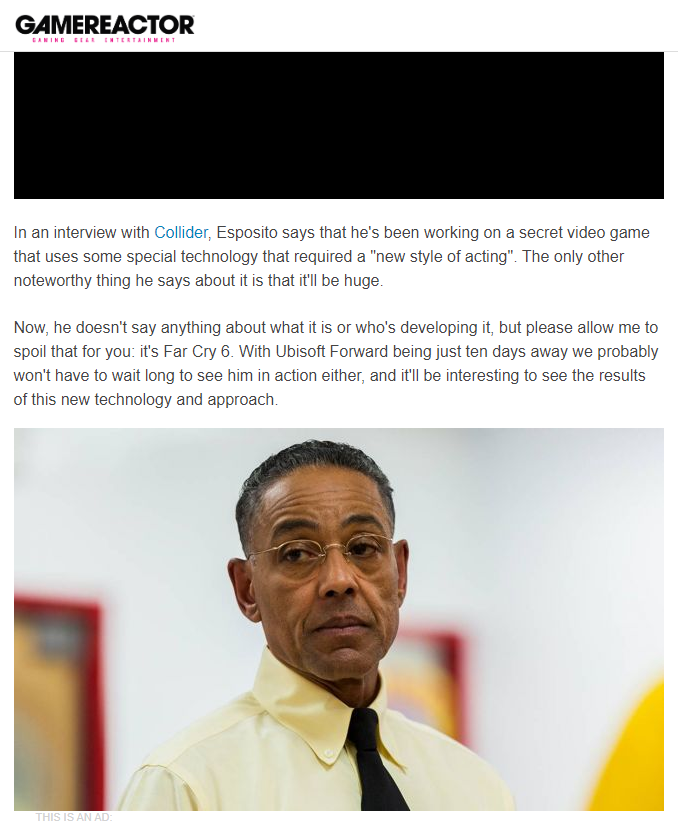 Esposito is widely known for playing the electrifying villain, Gus Fring, in the hit television series, Breaking Bad. His intimidating presence as an actor certainly makes him an ideal fit for the Far Cry universe, as Ubisoft's franchise has always prided itself on some terrific and well-written lead villains (if he is playing the lead villain). Namely, both Vaas Montenegro from Far Cry 3 and Pagan Min from Far Cry 4 stole the shows in their respective games, while the crazy Seed family of Far Cry 5 made an admirable attempt though never quite reached those heights. We believe Esposito has it in him to make a memorable villain, though we'll just have to wait an see if this report pans out.

Far Cry 6 is reportedly in development.