Forums General What was the last game you finished?

What was the last game you finished?

70
June 3 2019, 7:53am
Red Dead 2 (finally completed the epilogue.) What a damn journey. I deleted my save and launched straight into a new game to experience it all over again. I never do that nowadays with these big games.
KnightFall500

12051
June 4 2019, 9:00am
Days Gone
Fun game, but VERY buggy!
Very average as well. The Hords were cool & driving around on your bike was fun. When the frame rate didn't go to[censored]. Only seemed to happen on your bike.
Game looks GREAT, lots of detail. When the texture isn't popping in.
Story was...meh. They really try hard to make you feel for these characters. But for most of them, you just don't. It actually feels like theres scenes missing?
Like when you get introduced to this guy, & you are supposed to know who he is. & they talk about this one, like his your long lost buddy. But you don't know who the hell he is.
Feels like the game was rushed at the end, & stuff was cut. Even though the game was delayed 2/3 times. For example in the early trailers you could make decisions, but thats gone.
I think maybe their ambitions for this game were just too big. & they had to cut their losses at the end, & hope it would fly. Which is a shame, as this game had great potential. I was looking forward to it since day one!!
I can recommend this game, but only once they have patched everything & its on sale.

3533
June 9 2019, 12:16pm
Borderlands The Pre-Sequel. Not a terrible game, but not as good as its predecessors. I liked Athena, though. Looking forward to 3 now.
DEATHGIGAS

12051
June 21 2019, 8:44am
Enter the Matrix
Has not aged very well, but then again its 15 years old.
Levels are very unimaginative, & you just run & shoot a lot.
You can pick between Ghost & Niobe.
Game was made the same time as the second film, by the Wachowskis bros. & has live action cut scenes, filmed just for the game. & fills in some gaps for the movie. Which makes it the only real reason to play it.
Also very hard! I'm not ashamed to say I used cheats lol

6296
June 25 2019, 9:22am
Infamous: Second Son. Was good... kind of want to play the evil route, but might just youtube it. Will start First Light at some point. Suddenly have a couple of games to play and no time

12051
June 26 2019, 8:51am
The Matrix Path of Neo
Could swear I have played this game before. But could not remember half of the game.
Any who, it hasn't aged too badly. The combat is still a lot of fun, they did put a lot of thought into it.
You play as Neo through all three movies, with some added sections.
The Wachowskis bros did have a hand in the game. & changed the ending, by adding a cool final boss. Even if it was tedious, & basically a QTE. Still cool though.
There was a nice reference to the teahouse scene from Hard Boiled. & a poke at congress, for wanting to ban violent video games lol
KnightFall500

12051
July 1 2019, 9:14am
Evil Dead A Fistful of Boomstick
Still holds up pretty well, some good music. & Bruce Campbell lends his voice & likeness, as he always does to these games.
The bosses were a joke though, especially the last one lol
KnightFall500

12051
July 5 2019, 8:25am
Max Payne
Forgot how frustrating this game was!!
I was dreading playing those Nightmare levels again, & with good reason

Other than that, still a great game

The first one holds up very well on PS2. Just started the second one, it actually looks worse then the first & the guns sound terrible. PC for the second one

12051
July 12 2019, 9:04am
See less replies
Evil Dead Regeneration
Still the best Evil Dead game.
Aged pretty well on the PS2.
Whats nice is Ash has a sidekick. & they can have some witty banter, instead of Ash just talking to himself.
Fun factoid, Nolan North voices some of the deadiets.

Way better than I remembered, though possibly because the tactical-shooter genre is all but dead on consoles. To be fair, the Advanced Warfighter games were already straying far from their Ghost Recon roots but any game that can make crossing an an open field a terrifying experience deserves praise. Also those urban environments still massive in scope and amazing to fight in, even if you're limited to a few blocks at most.
KnightFall500

6296
July 22 2019, 8:30am
See less replies
PS4 Spiderman. Excellent game. I do feel the last quarter feels rushed nad overly full, but still a great game that surprised me a good few times. Had to spring for the DLC to keep the fun going
Magius SITE MODERATOR

6296
July 22 2019, 9:49am
See less replies
Just focus on scorpion first. Gatling gun webshot till he is stuck, run in for the pain and get out. Once he is down Rhino is easy. Died 3-4 times and breezed through
Magius SITE MODERATOR

Forgot how brutal the game was, you feel & see every bullet hit. Sometimes I even thought it was too much.
New Reply 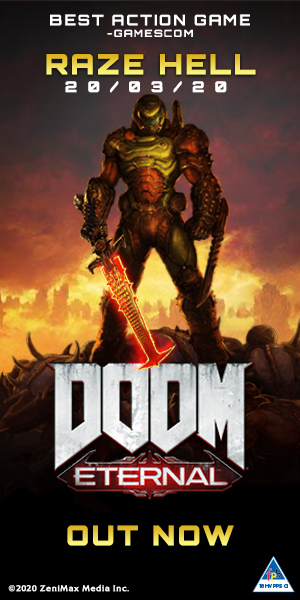