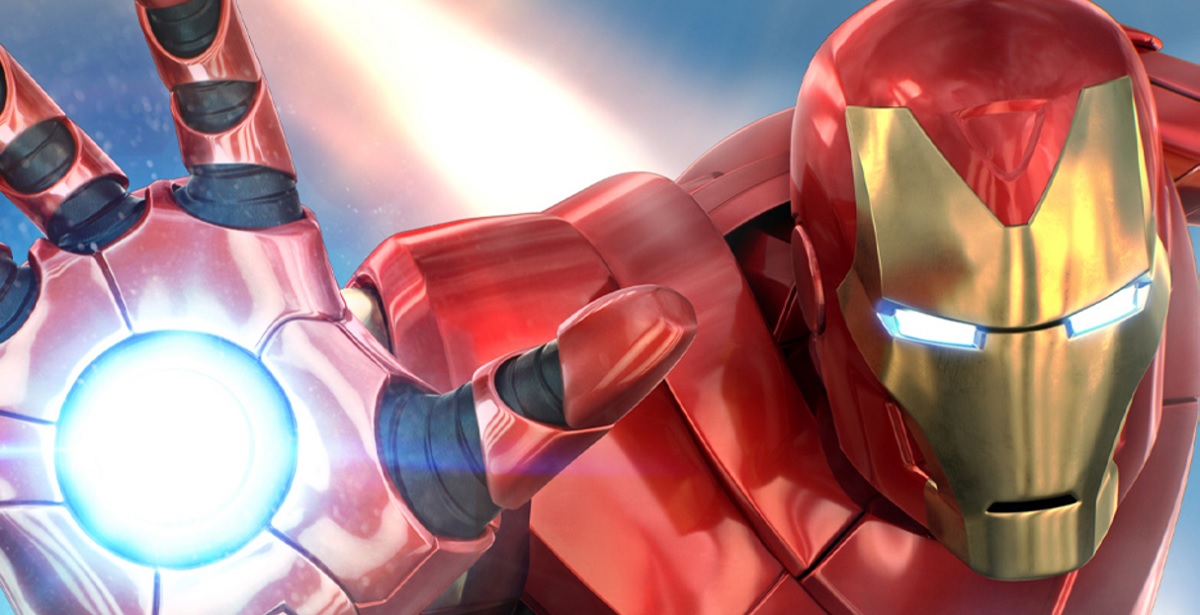 When developer Camouflaj set out to make a virtual reality experience that puts us inside the helmet of Iron Man, we were ecstatic with joy. The concept always seemed like a childhood wish come true since the character exploded in popularity thanks to the Marvel Cinematic Universe, and its pairing with VR lends itself heavily to that immersive feeling of being Iron Man. For the most part, Camouflaj have nailed that same giddy feeling that Tony Stark felt when he first donned the suit in the original film, but is only hindered by some odd game design choices and technical hiccups. 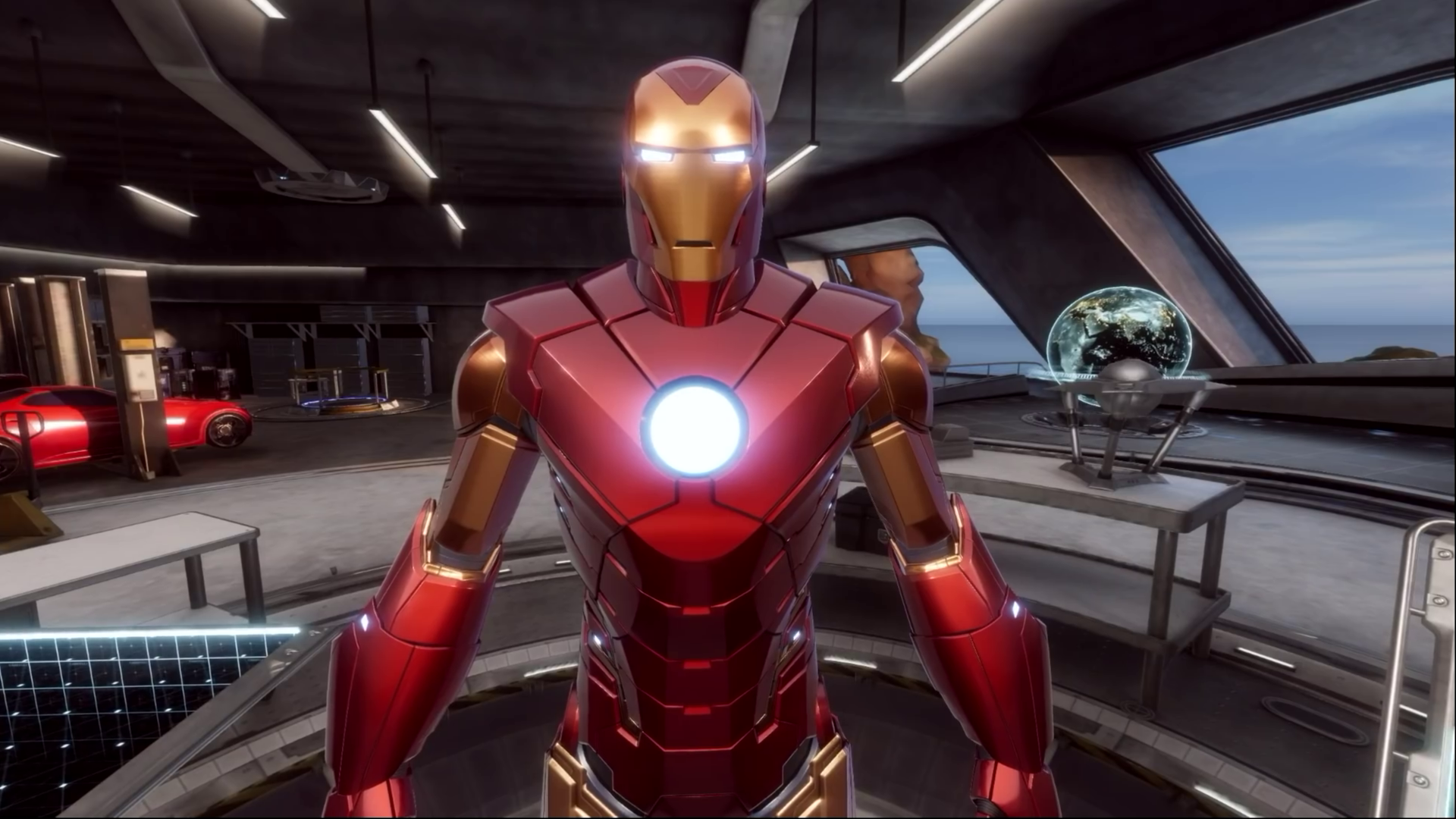 Iron Man VR takes you across a handful of chapters of a new story in the universe (disjointed from the MCU), where Tony comes face to face with the villain, Ghost. For most of the game, the objectives range from taking flight, hitting objectives and quest markers, and taking out drones issued by Ghost. The story is deceptively simple (as it should be for the rather straight-forward virtual reality experience it touts), but it does a decent enough job at getting us invested in Tony's struggles both in and out of the suit.

...getting these basic controls down is one of the biggest initial hurdles you'll face in the tutorial.

Taking flight as Iron Man is one of the most exhilarating VR experiences I've ever had. When you first learn to fly, it can be quite a daunting task. Using the PlayStation's motion controllers, you can control Iron Man's thrusters by tilting your wrists down to push up, and tilting it back (while tapping the triggers twice) sends you hurtling forward in true Iron Man fashion. You also control basic turn movements by extending your arms outward to redirect your trajectory. However, getting these basic controls down is one of the biggest initial hurdles you'll face in the tutorial. It took me several tries to get the hang of it, but when I did, it all felt quite intuitive and very responsive. 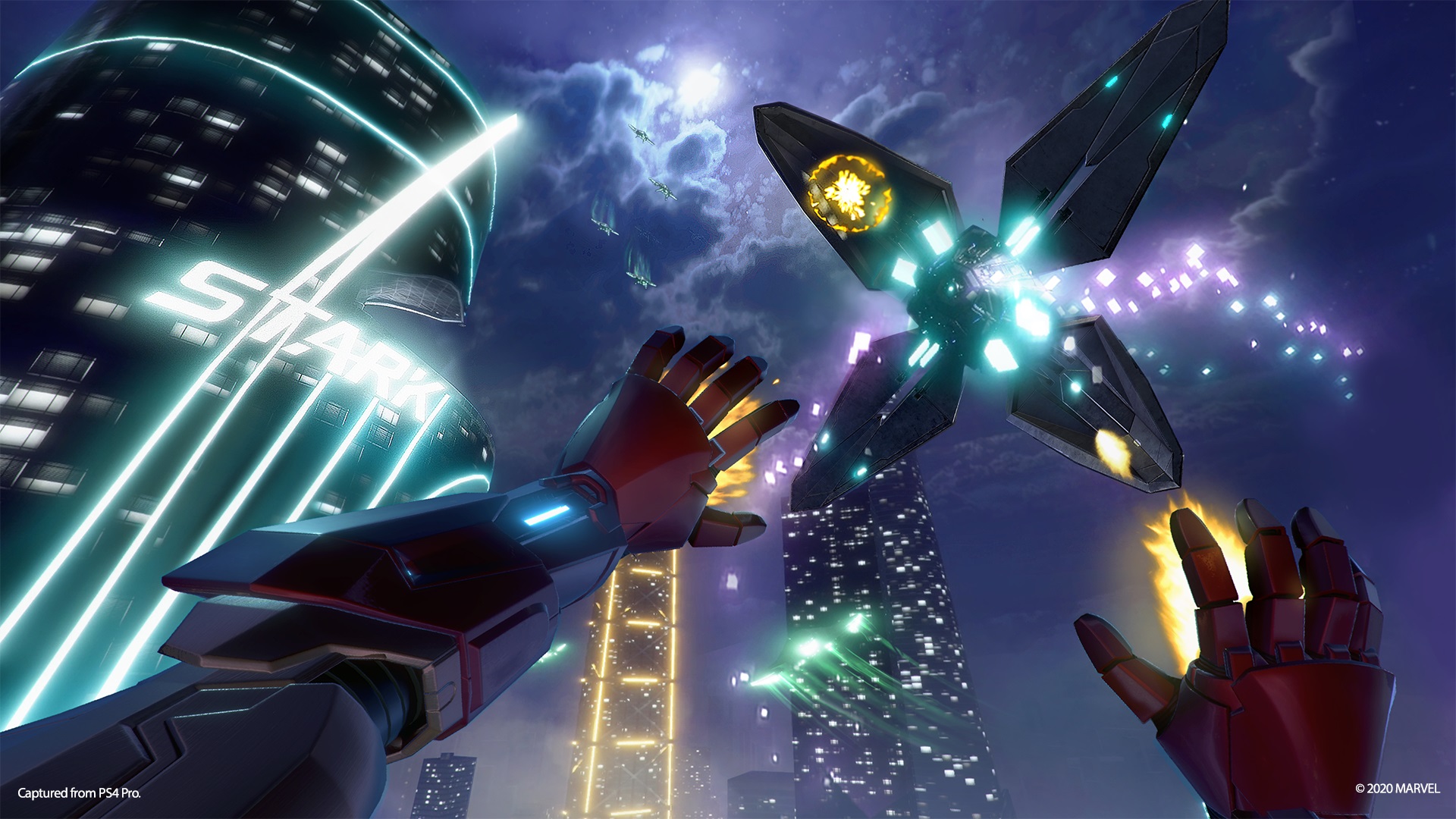 When combat happens (and it happens frequently), you'll have to manage your flight controls with shooting and a few nifty gadgets. This is where it can be quite overwhelming, especially with the amount of reflexes it demands from players who aren't in-tune with the pace of aerial battles. There's a lot going on that you have to constantly pay attention to, from maintaining your speed and altitude to making sure you hit your targets with pin-point accuracy. It never feels like the game provides a fair balance of challenge, but it does have a lot of ingenious mechanics to help ease these frustrations if you nail each aspect of combat and flight. That said, it demands a lot, but with enough perseverance, you'll find an extremely rewarding experience here.

In between the big story missions, your home acts as a hub space where you can interact with Pepper Pots, Nick Fury and others, and tackle a variety of side objectives. The worst offender is timed trial-like quests that have you fly through rings to achieve the quickest time. Early in the game, it throws these heavily timed restrictions at you while you're still learning the controls, and I found myself wandering off the beaten path so much for two opposing reasons: feeling like Iron Man is incredible, but getting used to sharp turns while dashing, punching and shooting became slightly tedious after a while. Thankfully, the downtime provided in the hub areas are a much needed breather from the more taxing main quests. 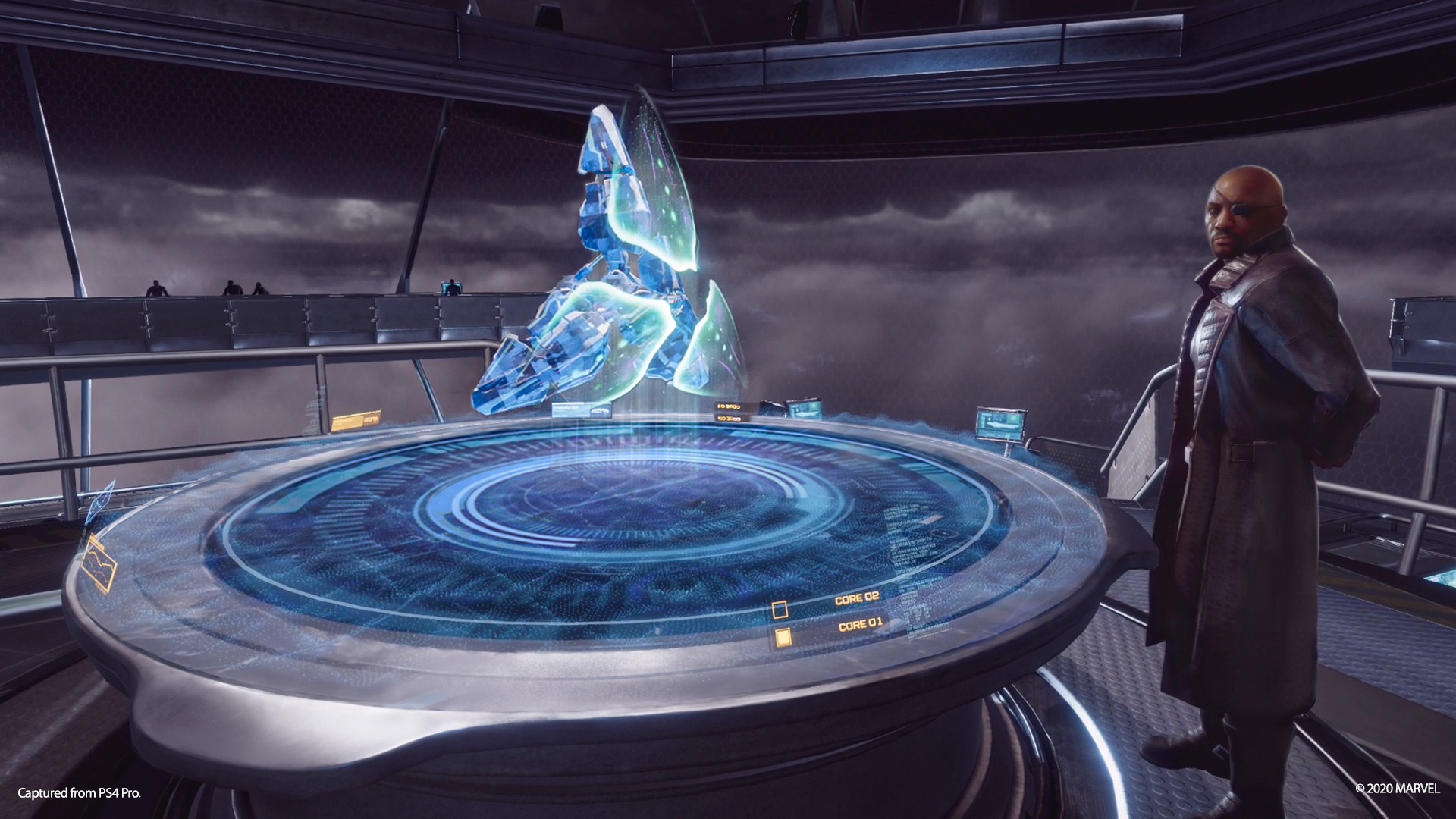 The biggest praise I can give Iron Man VR is its astonishing level of immersion. This is one of the most immersive VR games I've played in recent memory, and made me laugh with joy every time I nailed a particularly tough course or challenge. It's probably an outdated meme at this point, but it's the most apt pro I can think of: Iron Man VR really makes you feel like Iron Man. Virtual reality adds so much to this experience, that it's hard to believe we're at this point in gaming. The levels are lovingly recreated from the comics (some even lifted straight out of the MCU), and the environments are detailed enough to be passable, though don't quite measure up to the aesthetics of more artfully designed VR worlds like Farpoint or Moss.

It's probably an outdated meme at this point, but it's the most apt pro I can think of: Iron Man VR really makes you feel like Iron Man.

Voice acting, on the other hand, is commendable. Josh Keaton, who plays Tony Stark, could've easily chose to replicate Robert Downey, Jr's snarky wit and personality, but his portrayal of the character is a bit more subdued while also occasionally nailing the various quips associated with Tony. He makes for a charming protagonist without ever feeling like a copy of the MCU's portrayal, which is what the game needed to succeed at. Jennifer Hale is endearing as Pepper Potts, though it's obvious that she tries to channel Gwyneth Paltrow in some cases.

Unfortunately, for everything that Iron Man VR gets right, it comes with a few technical and design issues. There are a lot of loading screens that break the immersion. Upon booting up the game for the first time, I was even concerned that it had stopped working because of how long the loading screen took. These happen frequently, from bouncing in and out of areas to loading in quests. These problems persisted on both the base PS4 and PS4 Pro, with the base console suffering the most from those long loading times. Towards the latter half of the game, missions really ramp up in difficulty and I found a bit of frustration in that unexpected spike.

Overall, Iron Man VR is a noteworthy achievement for VR gaming, though in a world post-Half Life: Alyx, it's a bit difficult to forgive some of its shortcomings and repeated mistakes that plagued earlier VR experiments. The controls are intuitive, though somewhat frustrating to get the hang of initially, and the unparalleled feeling of being Iron Man shines in every moment we don the iconic suit and take flight. It's a bit baffling that it chooses to rely so heavily on some storytelling tropes and virtual reality gimmicks that sometimes pulled me out of the immersion. It doesn't help that the game is also plagued with long loading screens. Other than that, Iron Man VR is an admirable effort and a terrifically immersive journey, though that feeling of "more could've been done" always lingered in the back of my mind.

Unparalleled feeling of being Iron Man

A few VR gimmicks and cliches 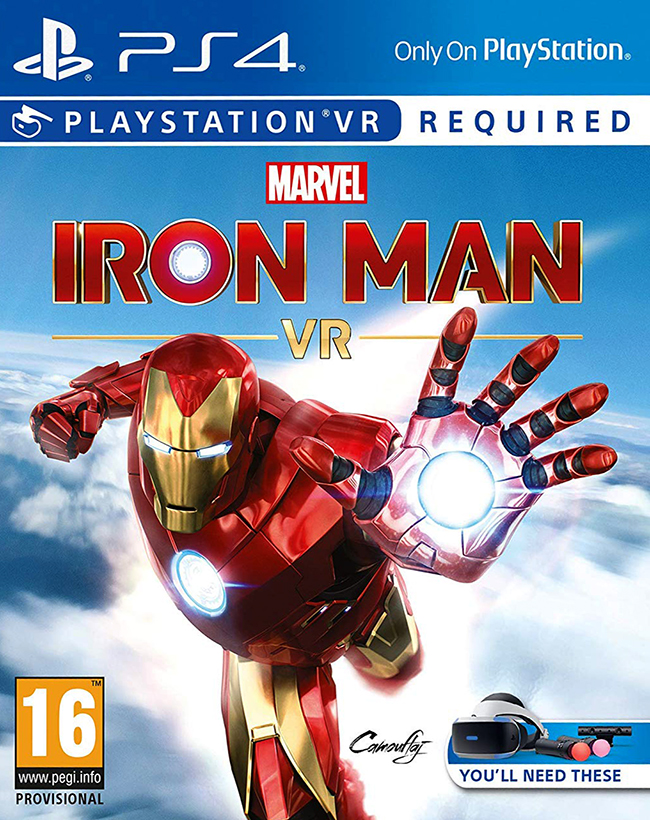