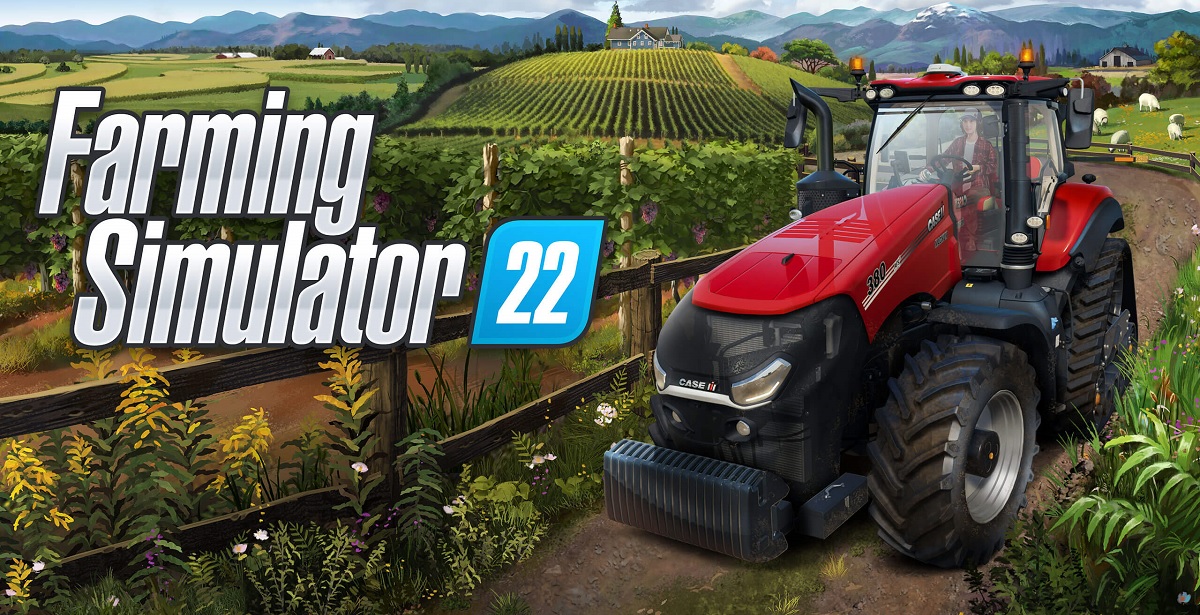 I'll be the first to admit that the Farming Simulator series never grabbed me enough to dig deep into them. Farming Simulator 19 was the last title that made me appreciate the simple joys of agriculture at a relaxed pace, but it wasn't until I played and invested time into Farming Simulator 22 did I realize how far the series has actually come in such a short amount of time. 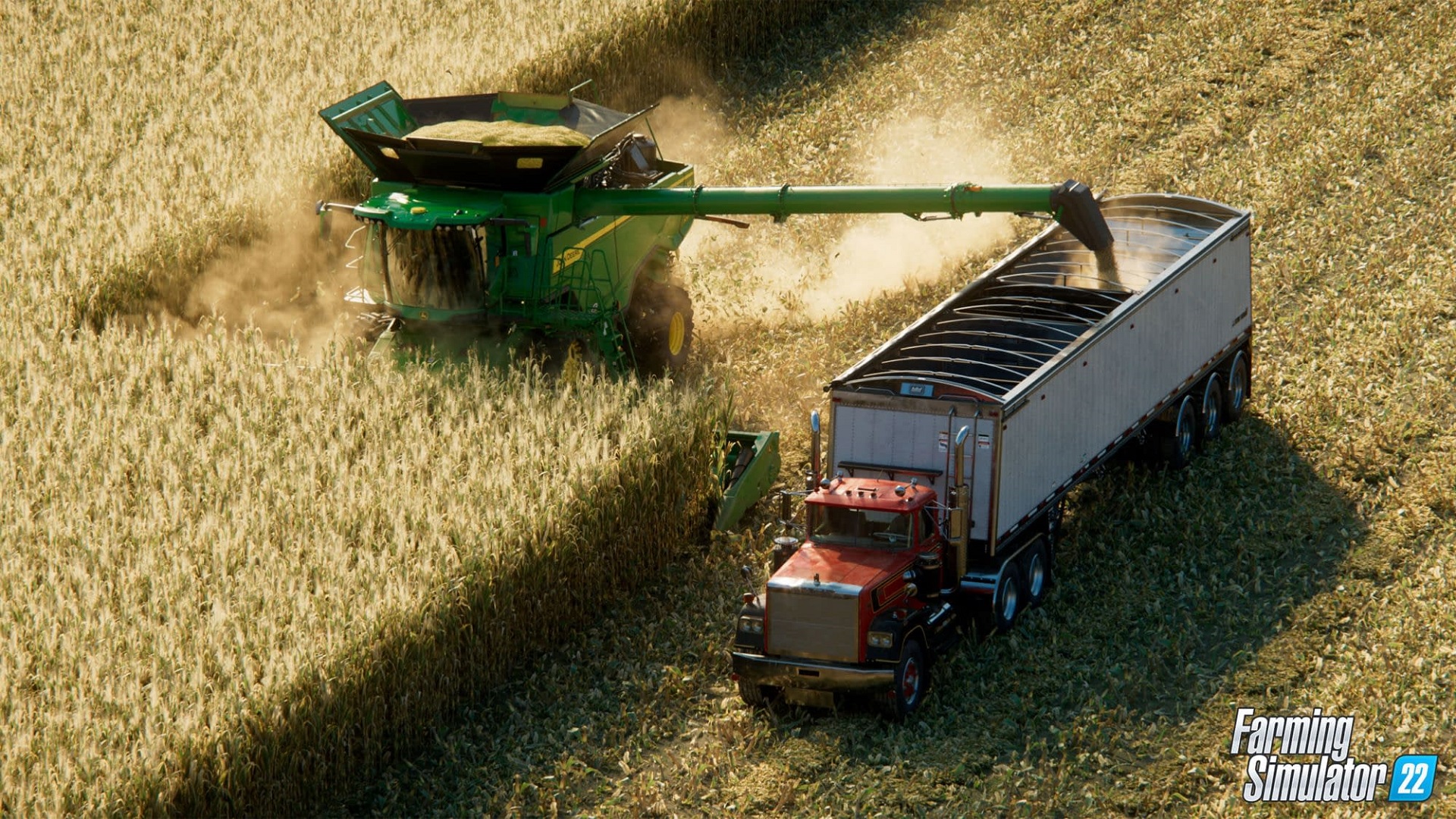 Right off the bat, Farming Simulator 22 pushes itself as quite a demanding experience. If you're familiar with the basic gameplay loop of any Farming Simulator game, you'll feel right at home in the initial hours of this latest entry. Essentially, players are tasked with managing a farm, harvesting crops, meeting supply-and-demand, rinse and repeat. While previous games may have felt more laid back in nature, Farming Simulator 22 adds layers of complexity thanks to its focus on being, above all, more of a business management game than anything else.

It took some commitment to really appreciate the ebb-and-flow of the game's core systems.

The steep learning curve in its initial hours might be off-putting for those who aren't ready to invest at least two dozen hours into the game. The tutorials are less than intuitive and the game simply doesn't hold your hand in explaining how everything exactly works in the beginning. It took some commitment to really appreciate the ebb-and-flow of the game's core systems, but by then, I realized I had spent a lot more time simply trying to learn things before it really started to get interesting. 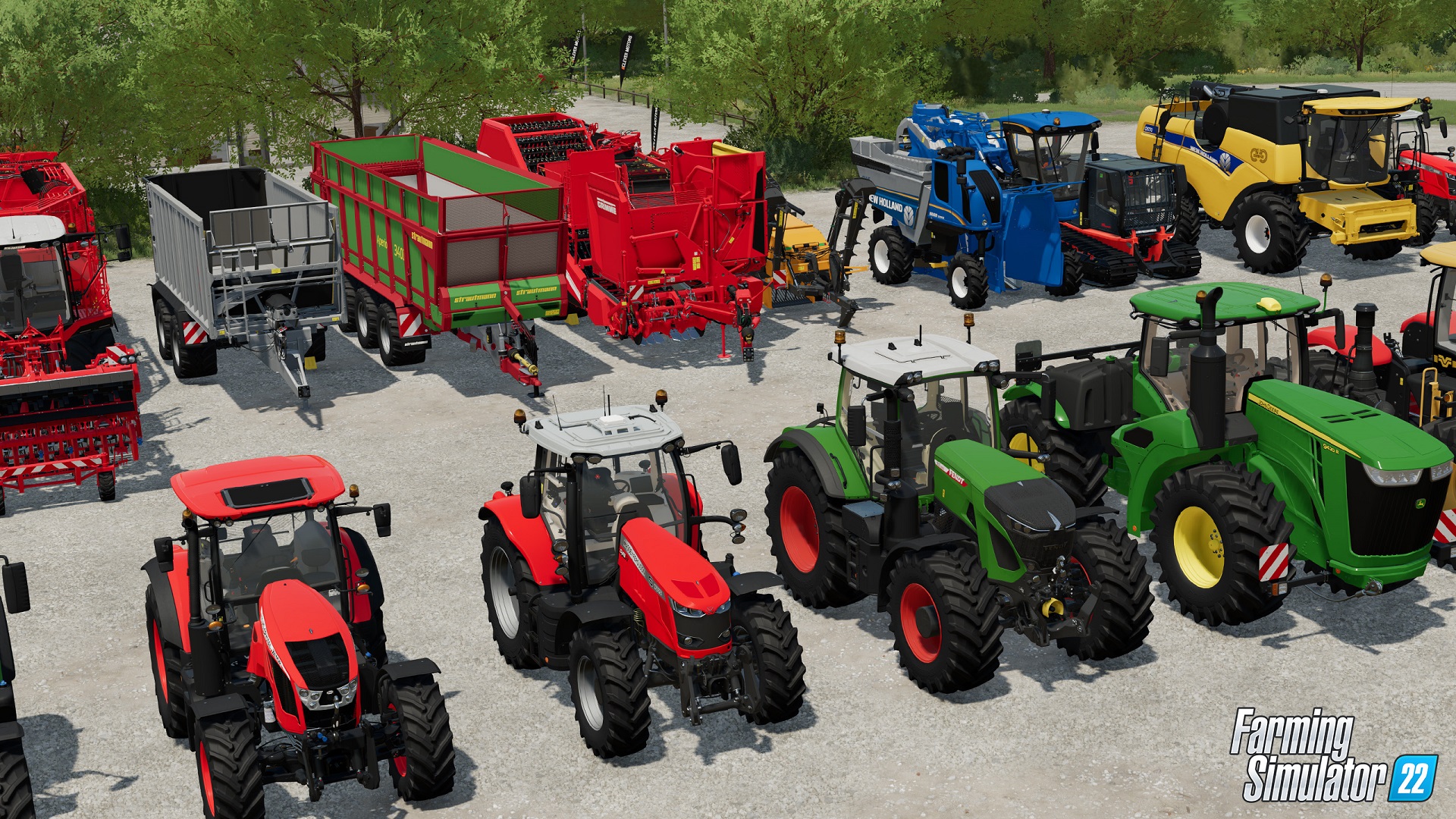 That said, Farming Simulator 22 excels in its lofty ambitions of being both a traditional experience in the series while adding tons of new features and additions to bulk up your enjoyment (and arguably, your stress management). You're given a plot of land on one of three maps: a village in France; a Swiss-like mountainous region; and an American town. The change of scenery is nice while jumping between maps, but more locations have been promised in future updates too.

Apart from doing your usual tasks of cultivating land, planting seeds, fertilizing crops, and selling them off to nearby businesses for a sustainable source of income, you're also tasked with creating supply chains. This is where the massive business management of Farming Simulator 22 shines. You're given the ability to build factories in order to process goods and even create products. For example, milk can be used to make cake, chocolate and cheese products, or the newly introduced grapes and olives lets you create juice or oil products. 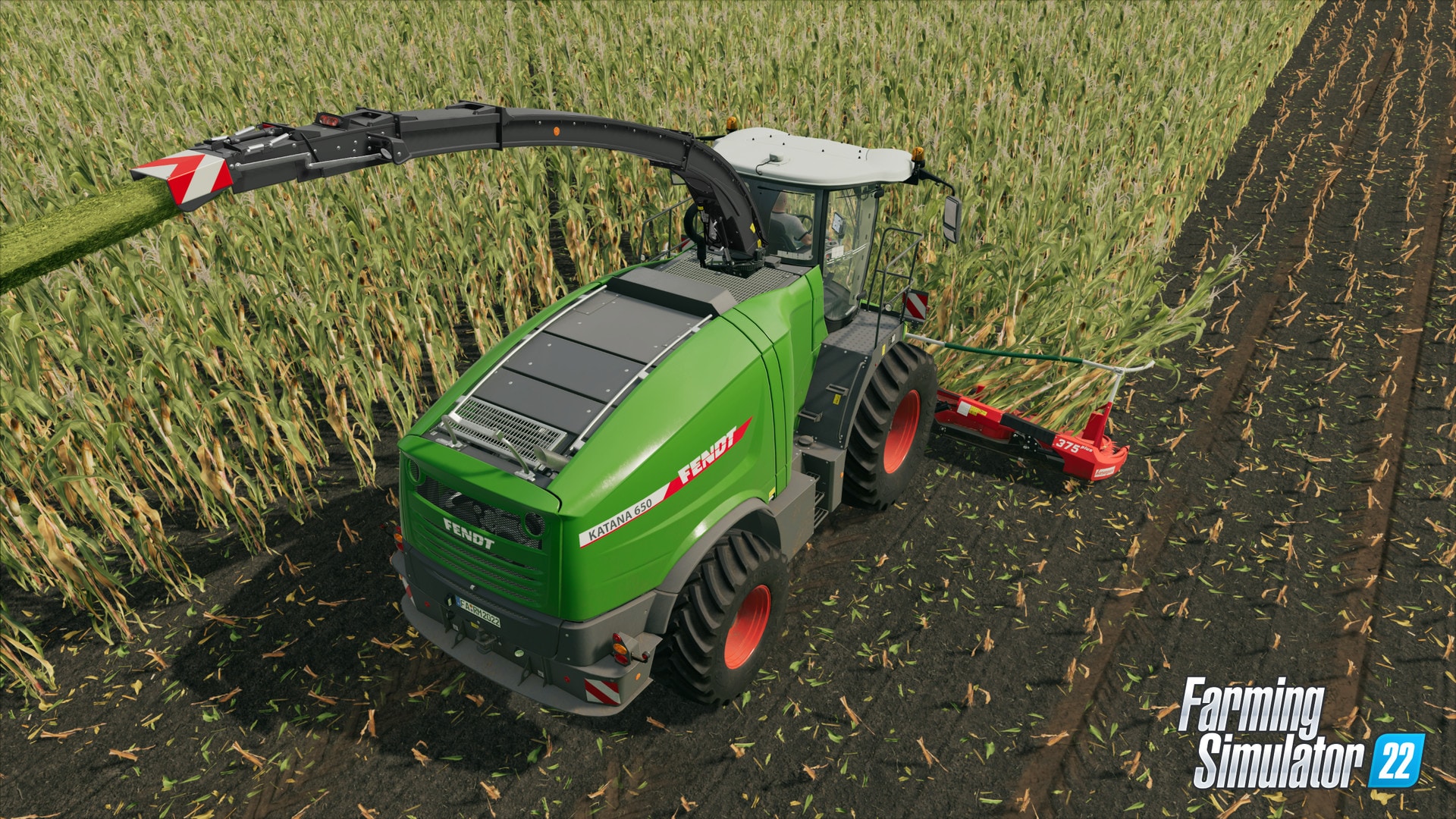 How you run and manage these important business aspects of the game is key to sustaining your income. Seasonal changes can also dictate what products are higher in demand and which crops are feasible for harvesting depending on the time of the year and conditions. It's extremely in-depth and developer Giants Software have gone above and beyond the call of duty in delivering the deepest and most immersive Farming Simulator game to date.

The true test of the game's merit relies solely on how much the player commits to the game's more challenging business management elements.

However, this also makes it the most demanding game in the series yet. You're constantly taking into account changing seasons, supply-and-demand chains, observing the market, and planning ahead to ensure you're always cultivating the right crops for the right occasions. It can be overwhelming at times, especially when you're under pressure for cut-off dates and times. The true test of the game's merit relies solely on how much the player commits to the game's more challenging business management elements. I didn't expect to say this, but Farming Simulator 22 can be a grueling affair if you aren't well-prepared. 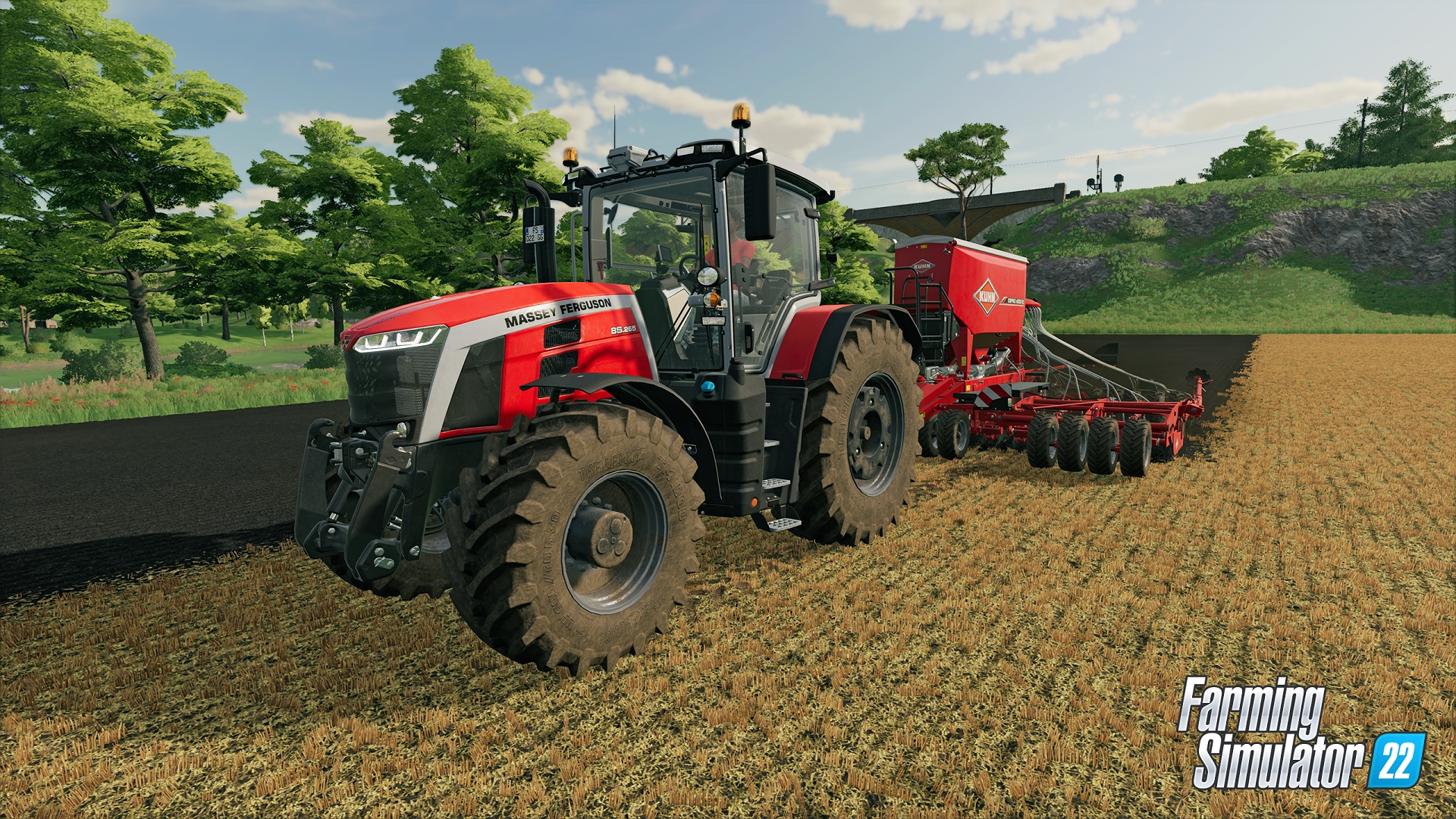 From a technical and creative standpoint, there's a bit to appreciate about the game. It ran at a mostly consistent 60 FPS on PC and Xbox Series, with little to no glitches or bugs. It's technically sound and can look quite beautiful at times thanks to the scenic locations.

With an improved budget, Giants Software have also invested in bringing several (and I mean several) licensed machines into the game. You'll recognize many brand names here, and it's a miracle that so many companies were on board this time around. It feels like a step in the right direction for Farming Simulator to get a bit more mainstream recognition, but it still has a few miles to go before it really finds its footing.

Overall, Farming Simulator 22 is an experience I can only describe as highly demanding, but almost as equally rewarding. Thanks to the bolstered business management elements of the game, you have several new opportunities to expand your business and truly feel like you're dominating the agriculture market. However, it's also a game that doesn't really hold your hand, and expects you to be fully committed at all times. It's a daunting task, and you can easily lose dozens of hours into the game, but for fans, it might be a dream come true.
7

Takes a while to get going

Lurch
I just wish I had the time to sink into these sandbox-style games again as I agree, it takes a long time to get a feel for all the systems and see the fruits of your digital labour.