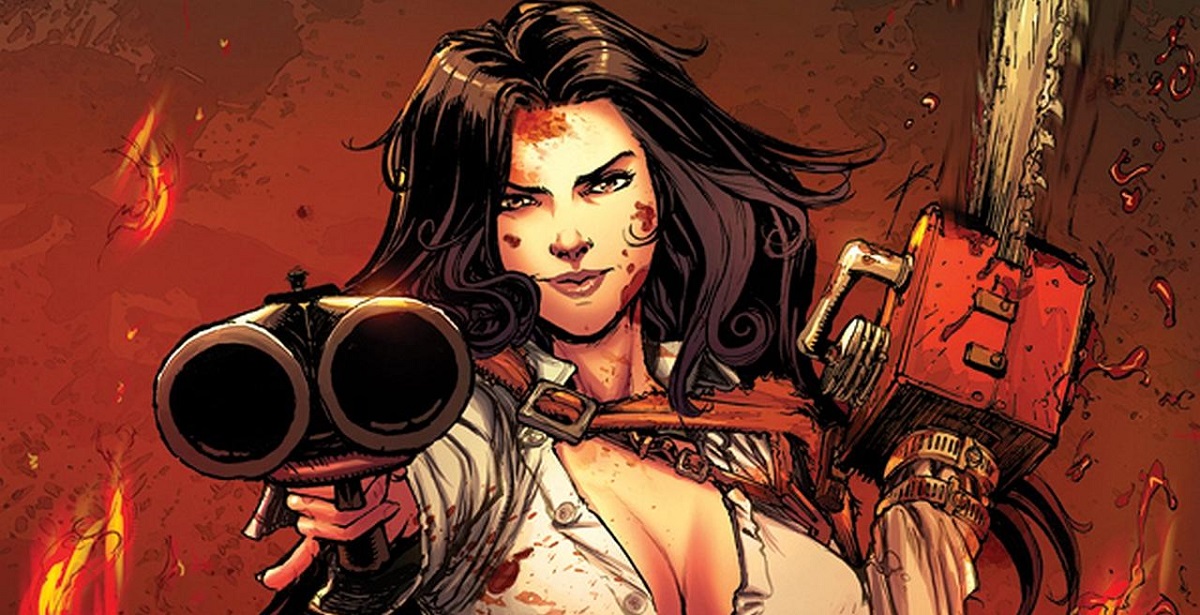 Hail to the King Baby! Ash Williams meets some cheesecake as he takes on the Deadites… again. Marvel revived one of my favourite books, sadly only for twelve issues so what better way to celebrate it than spreading the word? Finally we’ll be visiting Chicago and it’s only PI/Wizard. 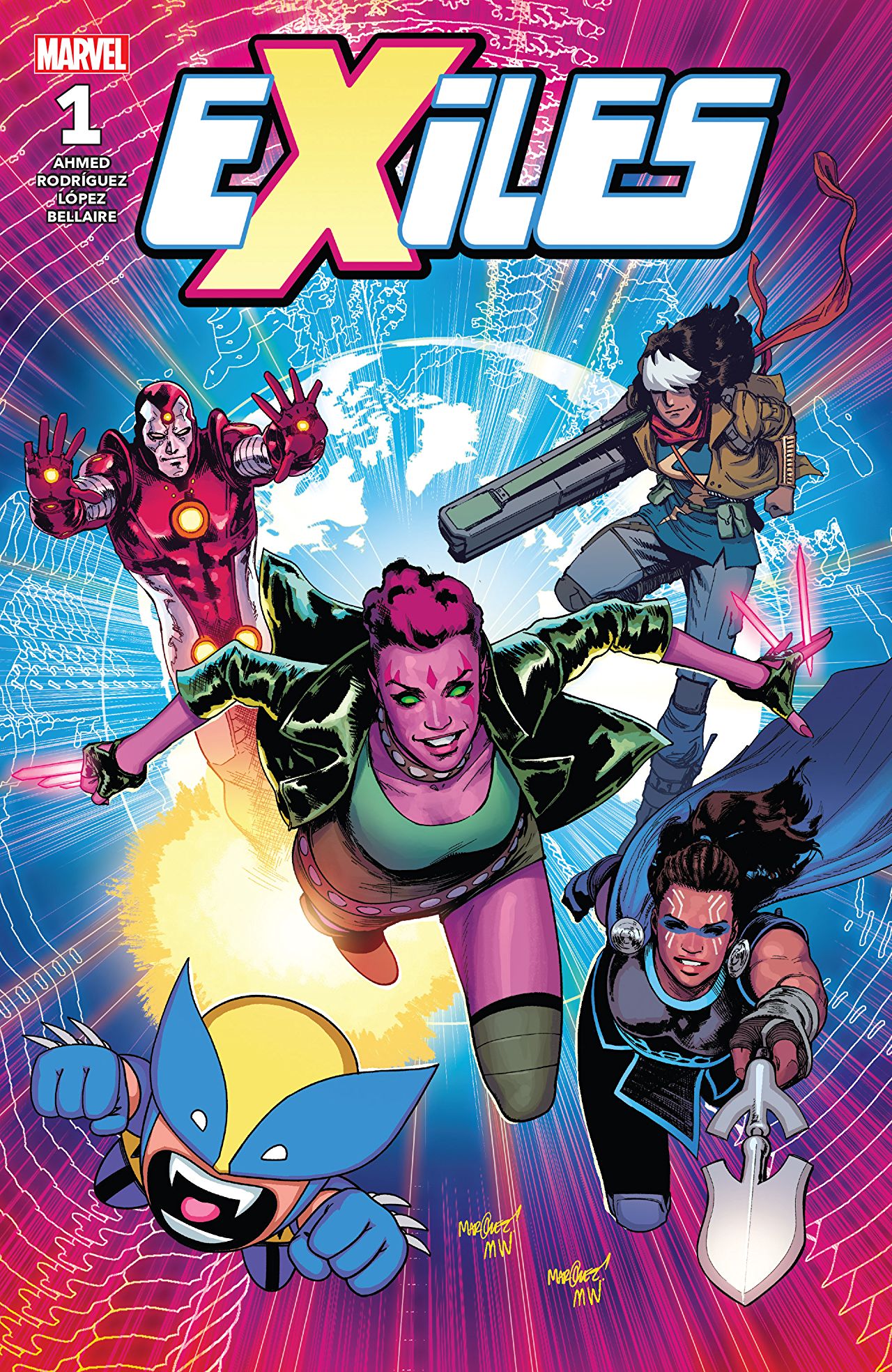 About ten years ago Marvel started publishing eXiles a book featuring alternate reality versions of popular characters been sent around the multiverse to fix universe ending issues. The book was equal parts fun, funny and shocking as characters were betrayed, betrayed their team mates and died. The one constant throughout was fan favourite created for the Age of Apocalypse storyline, Blink.

Blink is the focal point of this revival as the Talus finds her once again and tasks her with assembling a team and saving the multiverse from the Time Eater who is crossing the dimensions and effectively destroying each timeline. To accomplish this task Blink criss-crosses the multiverse and recruits an older, battle weary Kamala Khan, beat down from a genocidal war with mutants, Nate Richards, Iron Lad and a future Kang the Conqueror, Lil Wolvie the kid friendliest of Wolverines and Valkyrie from Asgard, modelled after Tessa Thompson’s version. Together they encounter a Peggy Carter Captain America, Wild West versions of The Brotherhood of Evil Mutants and Black Panther and a sect of Watchers who do more than watch.

The book cleverly revives the original concept with just a hint at the old baggage while bringing in new concepts. The book also revives the What If? Concept within the structure of an ongoing book and using that concept to build a larger story. It is a fun way to play with preconceived characters and story ideas, I mean who would ever think of turning Wolverine into the innocent Lil Wolvie who doesn’t even know what “kill” means. Even the concept of Peggy Carter as Cap is inspired as it takes a character made popular by the films and gives her the top billing that many have wanted to see.

Unfortunately, Marvel cancelled the book at around the issue 9, giving Saldin Ahmed another three issues to close out the series and this led to a somewhat rushed ending. I really enjoyed the concept and the book and am sad that it ended.

If you are a fan of the old eXiles books, the What If? books or just having fun with imagining alternate scenarios to your favourite stories, Exiles is the book for you. 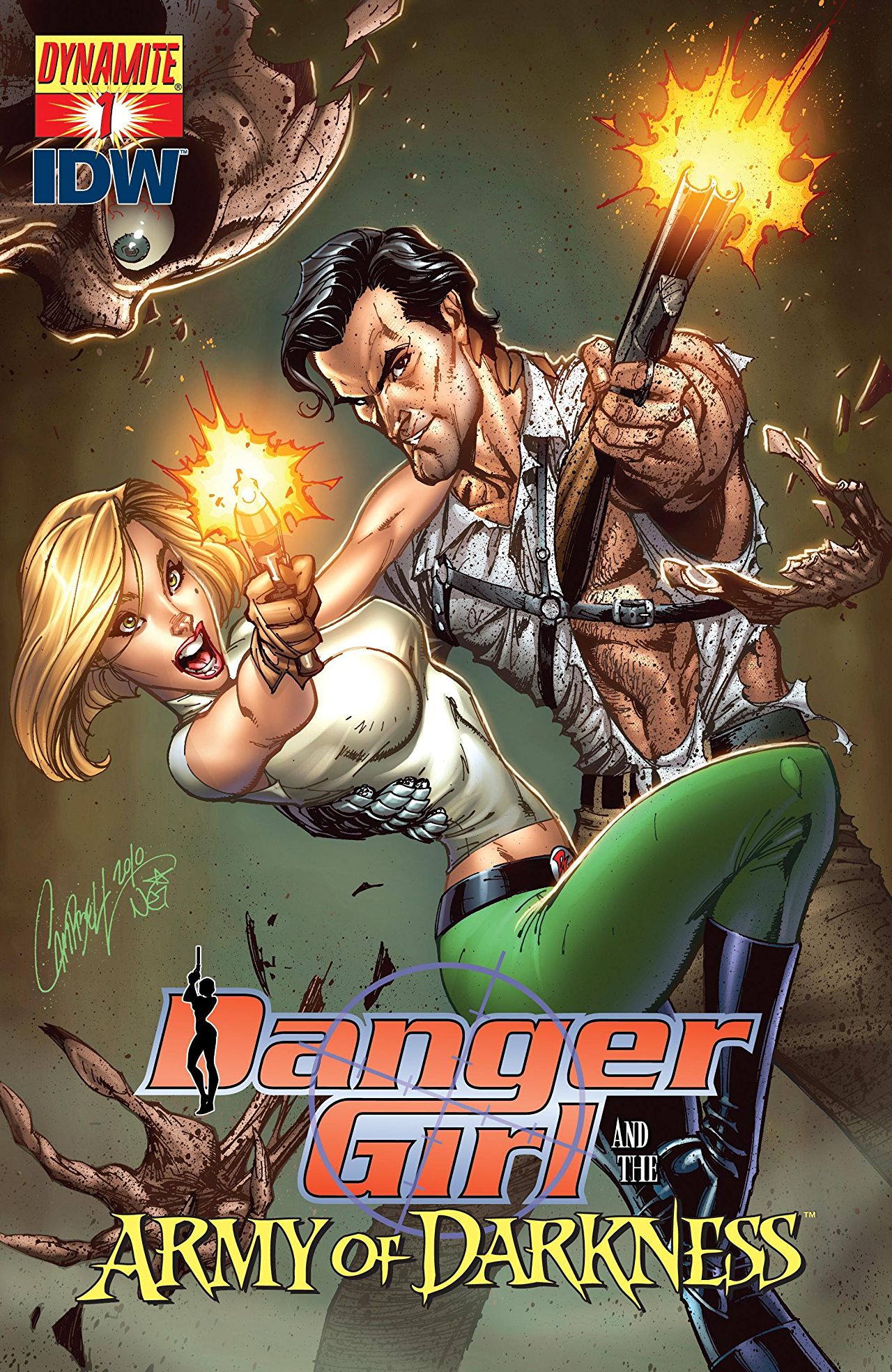 When Wildstorm was still a part of Image Comics back in the 90s, Jim Lee signed up some major young talent to his imprint. One of those was a young J Scott Campbell who started publishing his Danger Girl series under Wildstorm. The premise was simple, a group of women are hired as freelance intelligence agents by an older ex-spy as they fight some nefarious super-villain organisation. The book was basically a new version of Charlie’s Angels as the members of Danger Girl flitted around the world on daring do adventures wearing the least they could or the tightest outfits imaginable.

In recent years Sam Raimi’s Evil Dead franchise has experienced a resurgence with a number of comic books carrying on the adventures of Ash Williams as the dim-witted store clerk continues his fight against the Necronomicon and the Deadites it spawns. Do yourself a favour and watch three amazing, gore filled seasons of Ash vs Evil Dead which follows a much older Ash Williams trying to live the quiet life as a SmartMart clerk, when that damn book resurfaces causing all sorts of chaos and mayhem.

Crossing these two comic book franchises over makes sense as besides being a super spy, Danger Girl’s Abbey Chase is also a thief similar to Uncharted’s Nathan Drake. So having her search for the Necronomicon is a clever way to bring the characters together. Unfortunately, the execution is more Danger Girl with the very 90s cheesecake art style and paper-thin plotting. Ash Williams is nothing more than a side character in the book, sadly, as he plays second fiddle to Abbey and the rest of the Danger Girl team.

The six issues speed past so makes for easy reading and is a fun read when you are looking for something light that doesn’t require too much thought. I would definitely pick this up for the curiosity value and when you have nothing else to read when the inevitable Comixology sale rolls around. 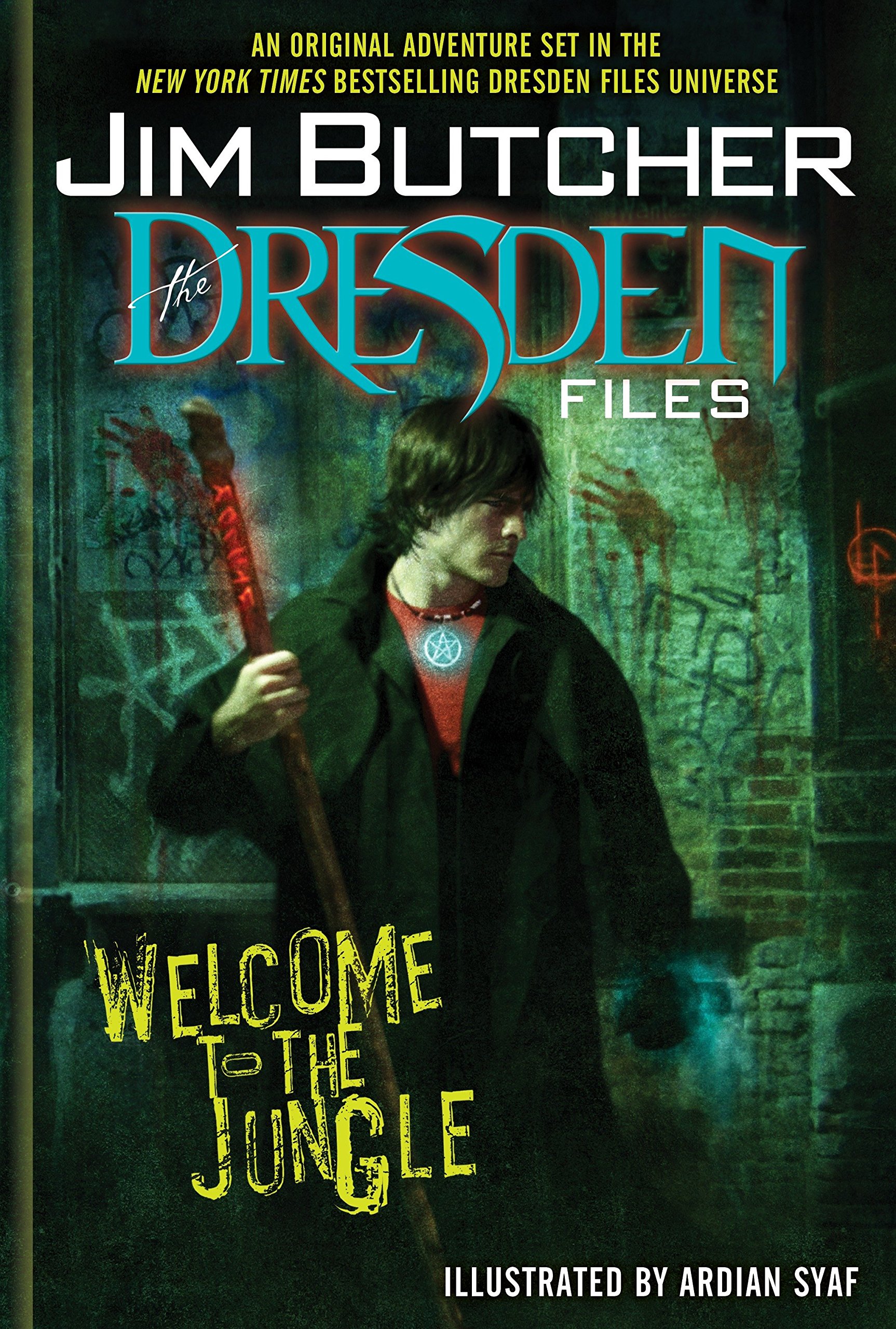 Jim Butcher’s Harry Dresden is a Chicago’s only Wizard. At least the only one with an office who is hireable as a detective. The books have proved to be exceptionally popular and Jim Butcher has branched out into comic books to adapt and expand on his universe. Welcome to the Jungle is a new story written by Butcher that takes place in continuity and it is a decent standalone story that gives fans something to tide them over until the next book.

The story takes place almost exclusively in a zoo after a night guard is brutally killed and the cops look for the simplest explanation – one of the gorillas escaped and killed the guard. Detective Karrin Murphy knows better and calls in Harry who quickly surmises that something hinky is going on. As usual he goes off on his own as he uncovers the supernatural criminal behind the murder, gets into deep, deep trouble and somehow manages to come out on top despite being overmatched in both brains, brawn and magic.

The four issues, due to being written by Butcher, is true to the character of Dresden and follows the world’s rules closely. As a dan I wouldn’t worry about trying to figure out where in the continuity of the books the comic falls other than to say that it is early on as Harry only has his cat Mister and not the Tibetan dog he got in later books and is not The Winter Knight yet.

Artwise Syaf’s pencils are clean and evoke the seedier side of Chicago effectively. The pencils are not super detailed, but the action scenes are dynamic and evoke a sense of danger when Dresden is facing off against monsters and pissed off lions. The inks and colours, too, are clean if unspectacular and they serve the story well.

The comic is a nice addition to the mythos created by the books and is an easy way to get into the series for newcomers. If contemporary fantasy set in a modern city sounds like something you are interested in, pick up this mini-series and if you are a fan of the books, this series will add to the universe without trampling on the books.