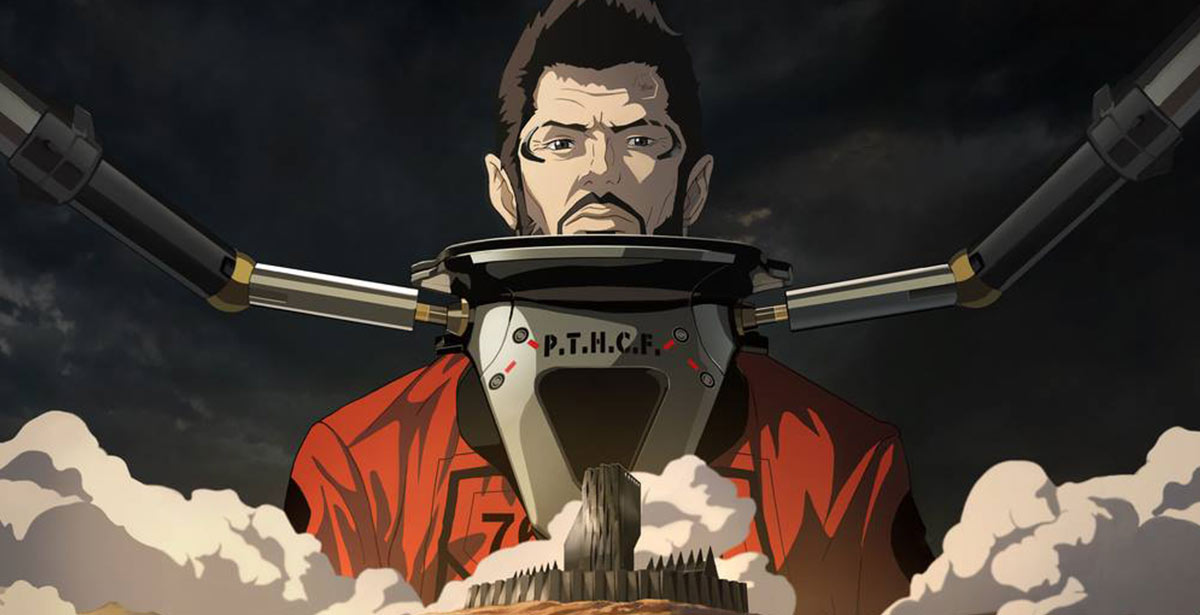 Developers at Eidos Montréal must have a fascination with prisons. A Criminal Past sees Adam Jenson recounting an undercover assignment in the “Penley T. Housefather Correctional Facility”, nine months prior to the events of Mankind Divided. Unlike the secretive black-ops prison in Human Revolution’s “The Missing Link” DLC, the “Pent House” is a government-mandated high security prison for augmented criminals, established after the Aug Incident. Adam is sent in to extract another deep-cover agent who may have information on impending anti-aug terrorist attacks. Adam recounts his mission to the Task Force 29 psychologist, which provides a great way of hinting at the possible outcome of decisions.

You start out trying to blend in with the prison population, having had your augmentations supressed, but things eventually escalate and it’s not long before you’re creeping about through vents and over rooftops, avoiding guards, security systems, and rioting prisoners. What starts as a fairly typical extraction mission, by Deus Ex standards, devolves into a protracted endeavour as the situation in the prison deteriorates further and you quickly discover all is not as it seems. Even if you blitz through the mission in open combat, you’ll still discover few characters can be trusted. However, if you invest time in exploration and hacking every device in sight, you’ll get a much better understanding of events and the opportunity to alter outcomes near the conclusion. In the opening hour, the cell blocks appear small and movement restrictive. Before long however, you’ll find yourself sent to every corner of the facility to escape.

There are only a few major decisions to make during this DLC, but these are made more interesting thanks to the constant interjections by the Task Force 29 psychologist to whom Adam is recounting events. It provides an intelligent way to indicate major decision points or question the dangers of certain actions. Unfortunately, only one decision truly affects the difficulty of the mission by altering the balance of power in the prison. On the upside, the game does a fantastic job of portraying both sides as a mix of bad eggs and innocent bystanders. The final outcomes are limited and feel a bit underwhelming, but regardless of the choices you make, the ending scene ties into a mid-credit scene from Mankind Divided and should have fans even more interested in the events of the inevitable sequel. One of the highlights for me was the inclusion of more robots, drones, and power suits. At times like these, you’ll regret trying a “no augmentation” run.

If you have played the base game — and you should before playing this — there is little to say about gameplay because it does not deviate from the structure of the original game, nor introduce any new mechanics. You’ll still have the choice of shooting, stealth-ing, or hacking your way through missions, your route determined by how you distribute a limited number of “Praxis Kits”. The restrictive opening scene aims to limit your possibilities, but you can quickly subvert the suggested route if you keep an eye out for hidden stashes or vents.

What starts as a fairly typical extraction mission, by Deus Ex standards, devolves into a protracted endeavour as the situation in the prison deteriorates further and you quickly discover all is not as it seems.

There are, however, two design choices that can influence your experience when playing this DLC. Firstly, you should canonically play without the “experimental” augmentations seen in Mankind Divided, but are given the option to ignore this suggestion. Playing without them makes the entire mission considerably tougher, whereas playing with them — especially the remote hacking ability — trivialises many encounters. Secondly, there are only a few major quests that reward large amounts of XP and this ensures you only receive a dozen or so Praxis Kits when completing them. Instead, and perhaps logically for a prison of augs with their possessions confiscated, you must search high and low to find numerous Praxis Kits stashed away by the guards or prisoners. These are not evenly spread throughout the prison, nor always in logical locations. As a result, the order in which you complete objectives can leave you either overpowered or underpowered at times. Thankfully, the levels are still designed to offer you a way through, even if you reject the opportunity to unlock any augmentations early on. From what I could tell, this may lock you out of certain resolutions and ending possibilities. The sign of a quality Deus Ex game — the ability to shuffle over electrified floors with only two boxes and some patience.

Like the gameplay, little has changed with presentation. Visuals, music, and voice-acting all retain the same quality as seen in Mankind Divided. The leaders of both factions are more caricatures than believable people, something that is reflected in their appearance and voice acting. Thankfully, it is the important secondary characters and incidental details, such a notes and audio logs, which add depth to the world and narrative.

The restrictive opening scene aims to limit your possibilities, but you can quickly subvert the suggested route if you keep an eye out for hidden stashes or vents.

I did not expect it at first, but the prison provides a surprisingly diverse number of locations, all set against the backdrop of the Arizona Desert. When outside, harsh orange lighting and gusting winds create an oppressive atmosphere, whereas the numerous cell blocks and administration buildings are cold and clinical in design, with security devices covering every corner. What first appeared as a relatively small prison block expanded into a sprawling facility with plenty of small details and hidden areas to explore. The Penley T. Housefather Correctional Facility makes for both a visually impressive and oppressive setting.

If you enjoyed Mankind Divided, but felt short-changed by the abrupt ending and hint of sequels, you’ll get hours of fun out of A Criminal Past. Gameplay is certainly more of the same, wrapped in a new narrative, but it matches the same high standard set by the original. There are, seemingly, no major implications to Mankind Divided’s narrative based on the events of the prison mission. Instead, the ending sequence is most important and suggests Adam is increasingly aware of the growing threat, but is still ignorant to a lot of events behind the scenes. This bodes well for the eventual sequel.
8.5

Microcosm of the main game

Lengthy adventure for the stealthy

No one can be trusted