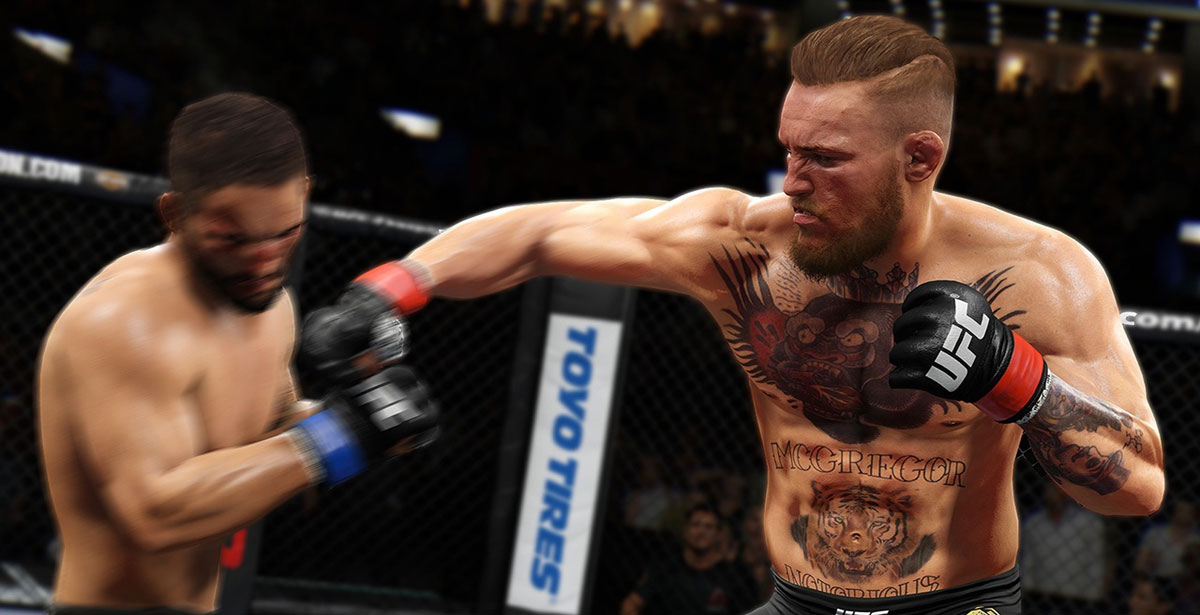 With a certain amount of caution, I booted up UFC 3 for the first time, not expecting to have the greatest of times with the title after the furor surrounding their microtransactions. Not to mention the recent run of EA sports titles not doing enough between editions to stand out (Cough - no more games for Douw then - Ed). Which is why some hours later I found myself pleasantly surprised by how well I had been sucked into the game.

As a newcomer to the series I had expected a bit of a steep learning curve going in. While having each button control a limb is a familiar scheme from the more arcade-y titles like Tekken, moving into grapples and using the shoulders and analog sticks to augment moves brings another dimension into play. But herein lies one of UFC 3’s greatest strengths. Given a suitable difficulty selection, some quick rounds in practice and the start of career mode will have you finding yourself getting into the swing of things sooner rather than later. With the basics down, you are very quickly invited to learn how to perform the more complex moves or how to initiate takedowns more frequently. 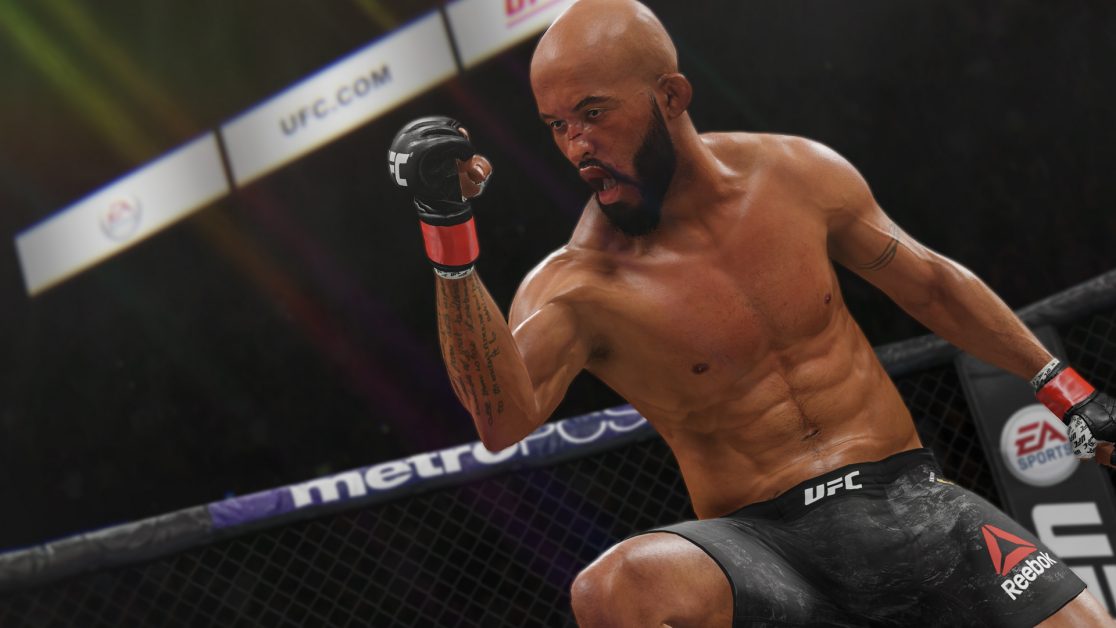 This easy to learn, but tough to master control scheme really pushes the title into its own space within combat games. The fusion of multiple fighting game control schemes into one, lends itself to the sport it is trying to capture, and depending on the type of player you are, you can easily carve out a niche for yourself finding, or building, fighters that compliment your favourite way of playing.

Motion is fluid in-game with each combatant moving around the ring as you’d expect to see in real life, blows landing with a weight that is appropriate to the weight class you are fighting in; each one having been motion captured to some degree that aids in making the experience feel authentic. The ability to fake out or change your target on the fly feels smooth and not nearly as jarring as you would expect in the kind of realistic fighter that UFC 3 is. Submissions and grapples also have a definite urgency to them as you weigh up your opponent’s actions and move into a position to counter them. When a grapple initiates the game changes up once again and takes a more involved route than just having you mash buttons better than your opponent to make progress. You’ll need to time your shifts in position, when you want to burst through or out of a hold or resist a particularly nasty submission. 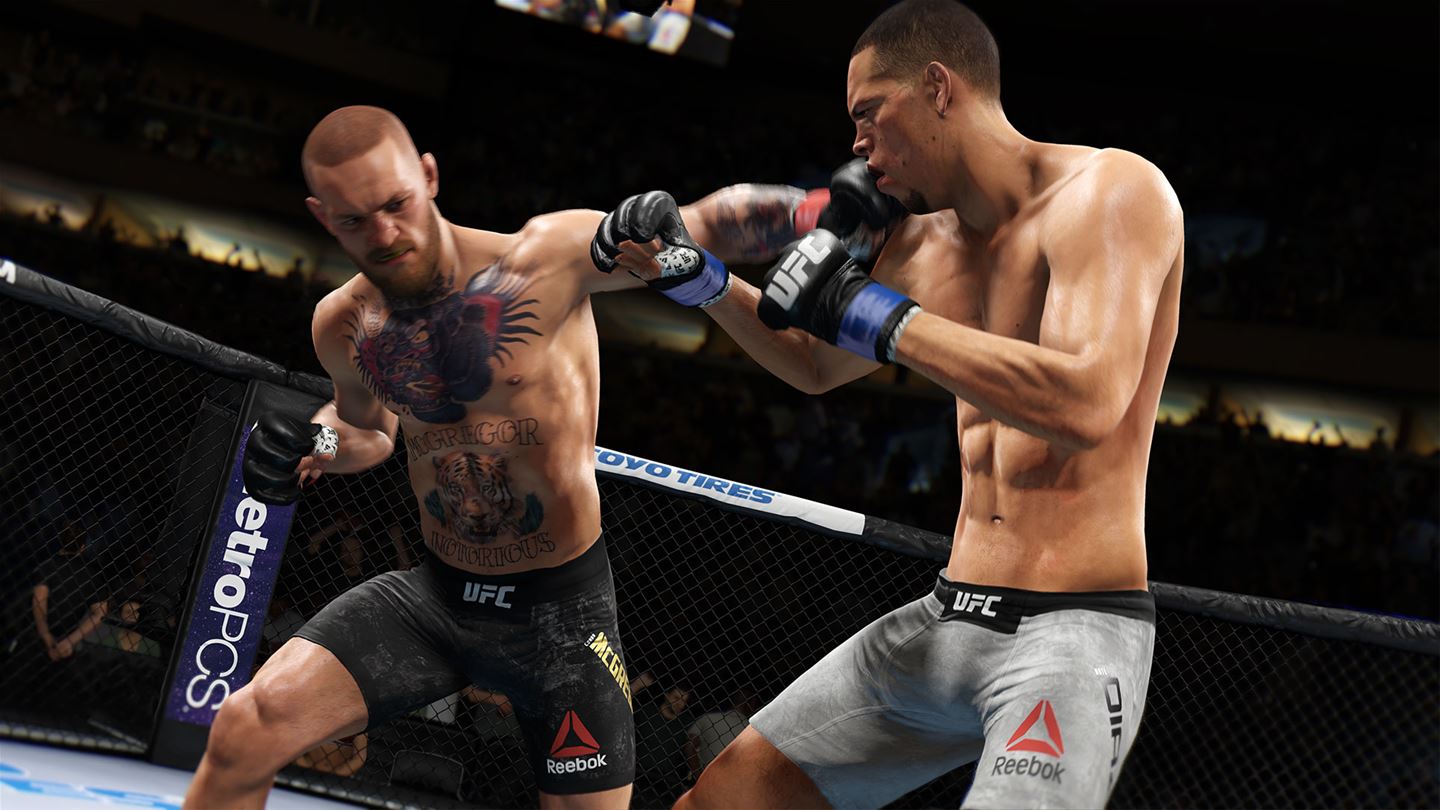 Visually, while UFC 3 looks great and has some of the better lighting, textures and bruising mechanics this side of 2K’s sports entertaining efforts there were times where the XBOX One I was playing on just couldn’t quite keep up. While this was fortunately not badly noticeable during bouts, ring entrances would often slow down, especially during scene transitions. While not enough to detract from the overall experience too much, due to the fact that you’re going to be skipping these ring intros most of the time, it can take away from the hype of going into some of the major fights. Furthermore, when you’re just trying to show off your personally created fighter to a mate and you get those slight slow-down issues, it can be a bit disappointing.

Speaking of your own custom fighter, the best way of getting to terms with them and working out how you want to fight is definitely through the My Career mode. Starting with a relatively blank canvas that can be placed in one of several archetypes, you then get to refine your character. The further up the ladder to the championship you get, the more defined your character becomes, until you hopefully reach the top. This involves fights inter-spaced with a minor management component seeing you taking control of your training, learning new moves and even your social media account.

The way this is all presented is intuitive and the way smack talk and social media is handled should be seen as a good lesson for other games looking to build up similar images throughout a career mode. Little touches like videos with UFC owner Dana White or spot lights of your character in UFC minute reels bring back that feeling of authenticity which flows throughout. 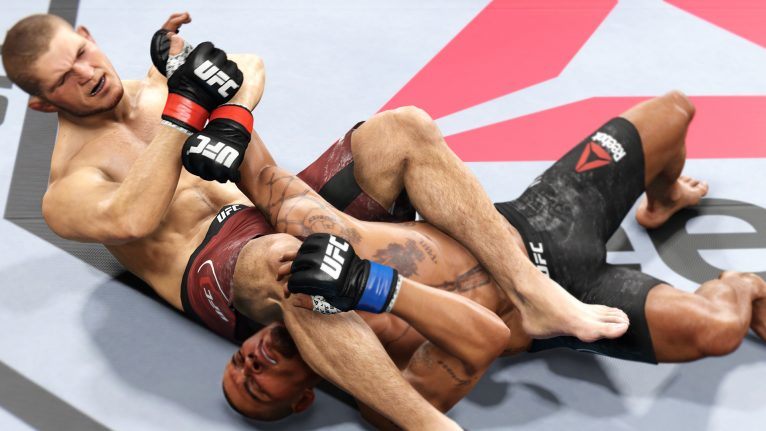 Fortunately for everyone who saw the initial, angry buzz around microtransactions and your available moves - these purchases are kept far away from your career and in fact all the modes barring the fantasy booking and usual EA modes that will be familiar to any FIFA player. In this way they are there if you enjoy that kind of environment, but if you just want to get your fighter to have a better hook you can find a trainer at a gym in the career, complete a minigame training you in the useful motions for the new or upgraded move and then just add the move to your repertoire.

While on the matter of online play however, South African players may find themselves in a bit of a bind as our connection speeds, pings and lack of locally hosted go throughs means that games can be less than pleasurable. Give it a go at your usual African based peril, but I’d stick with finding some mates to play with from the couch instead.

All in all I quite enjoyed my time with UFC 3, with the game drawing me back in to continue my career mode and give some of the more unique styles a go. With a solid weighty feel behind everything you do leading to a more tactical way of going about fights making real world fighting know how apply in the little ways, the game really shines for fans of combat sports. I would wholly suggest UFC 3 to any fan of the sport and to any fighting game fan looking for something different but still intriguing.

A simple to learn - difficult to master - control scheme 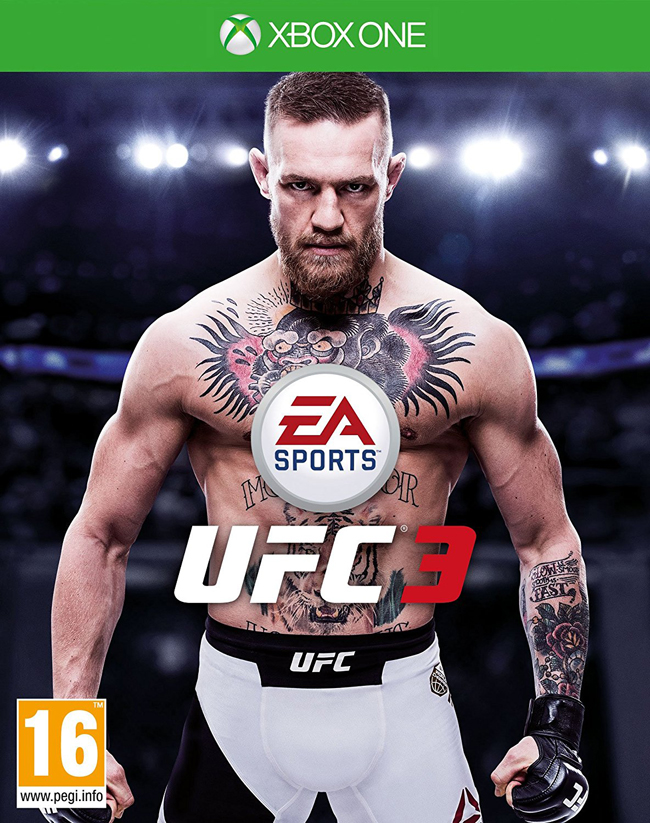