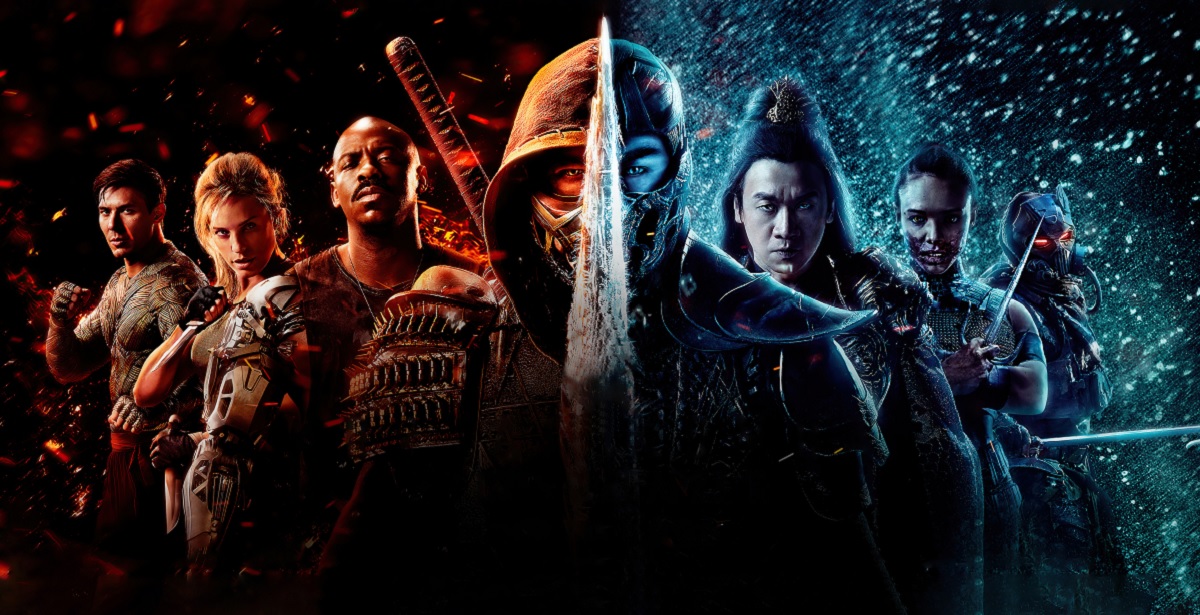 The year was 1995. Newcomer Paul W.S. Anderson had just released his vision for a live-action Mortal Kombat movie based on Ed Boon and John Tobias' controversial fighting game series. It performs admirably well, enough to spawn an infamously bad sequel, but this led to the series shying away from the cinematic world for over two decades.

Whispers began about a potential reboot, and before long, this latest film took shape. Promising R-rated glory, grizzly fatalities, and a more accurate retelling of the Mortal Kombat lore, it had a lot riding on it to be a success. While that still remains to be seen, it now faces a tremendous uphill battle. 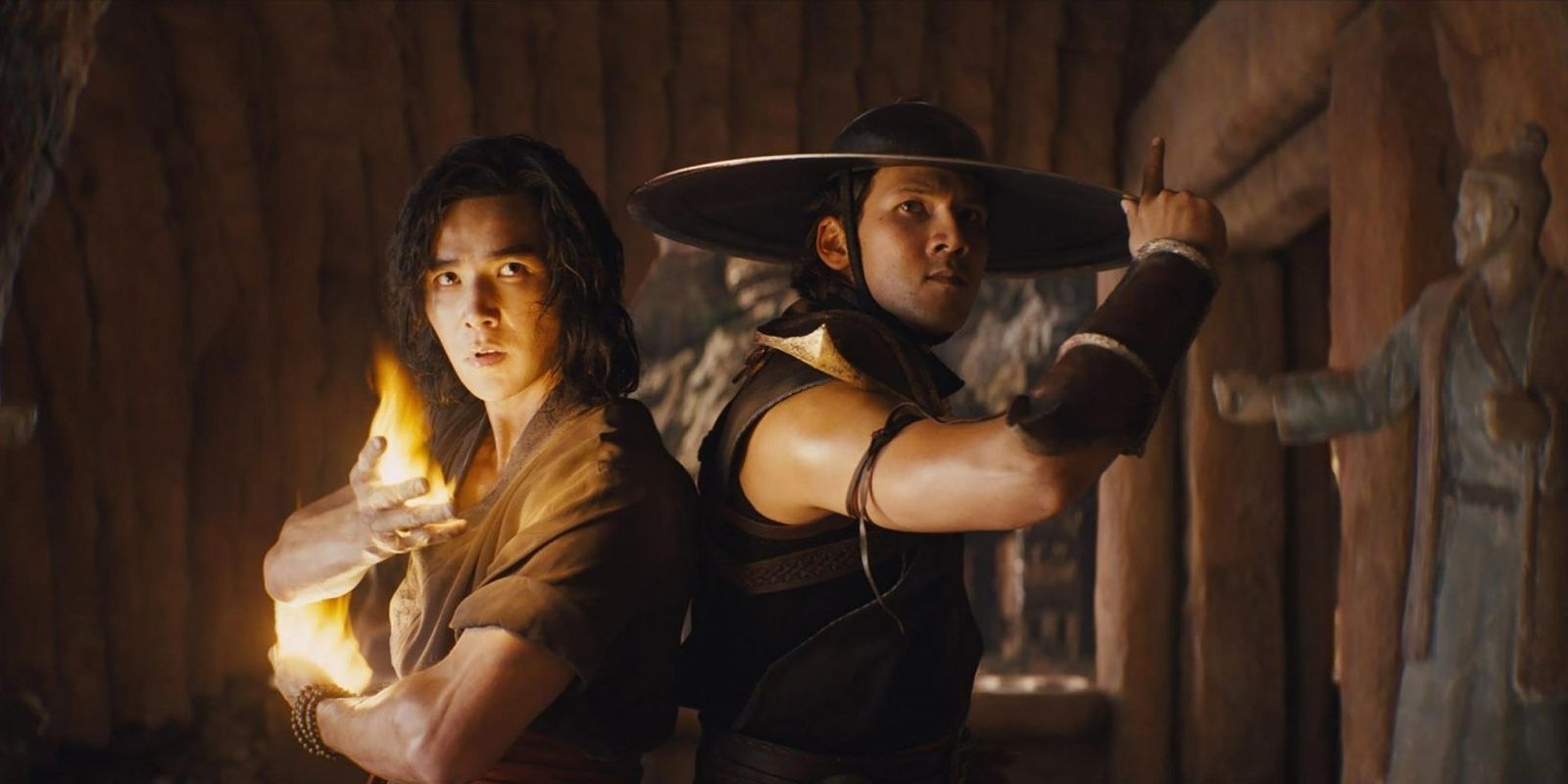 Mortal Kombat (2021) follows the story of Cole Young, a struggling MMA fighter who is apparently chosen by fate to take part in a battle for the universe known as Mortal Kombat. Earthrealm and Outworld have engaged in this brutal tournament for years, and one more victory for Outworld could spell the end of humanity. Together with Lord Raiden's forces of Earth's mightiest heroes, Cole must defend the world and his family from an impending invasion from Shang Tsung and his group of powerful fighters which include Sub-Zero, Mileena, Kabal and more.

Let's first talk about the best thing this movie has going for it: Kano. The foul-mouthed Australian mercenary is a scene-stealer, played perfectly by Josh Lawson. His banter, particularly with Kabal, makes for some of the most hilarious and engaging moments in between the film's action. At times, it can feel like he's simply chewing up the scenery and making his co-stars look tame by comparison, but that's just a testament to both the lively character and Lawson's performance which breathes some much-needed life and dark comedic relief into the film. 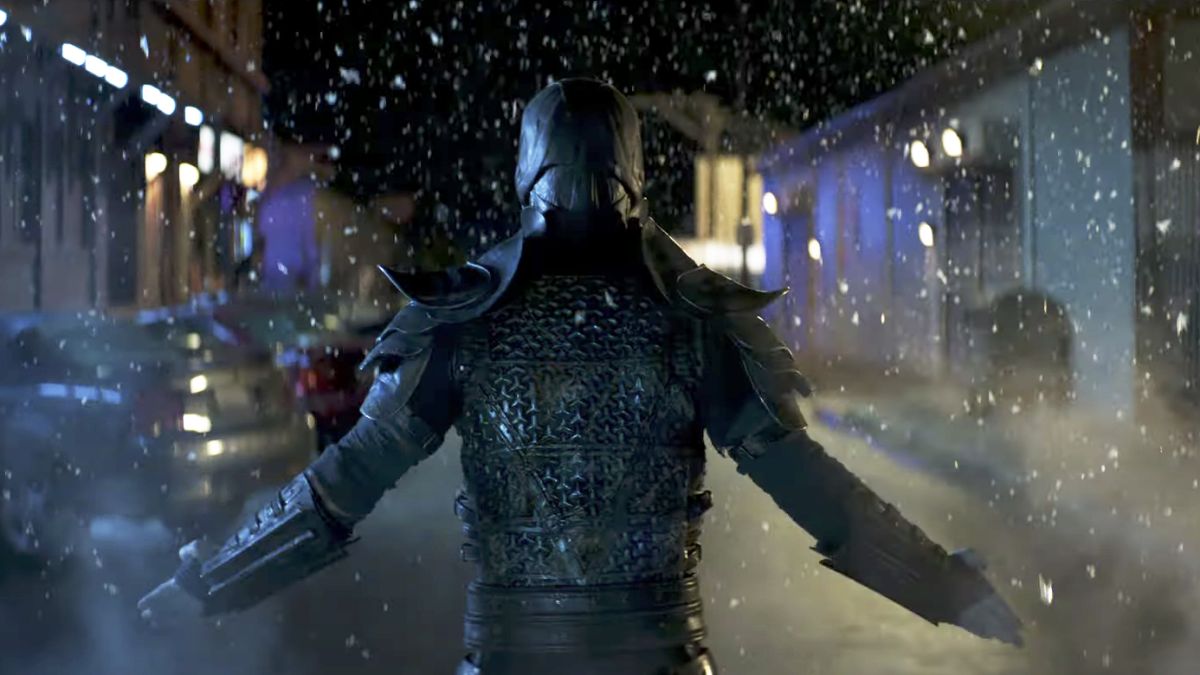 As far as performances go, everyone does their job and does them well. Liu Kang and Kung Lao, played by Ludi Lin and Max Huang respectively, are great and deliver plenty of Shaolin Monks nods to long-time fans. Lewis Tan as protagonist Cole Young delivers a humble performance, and it's easy to get attached to his plights. However, the character himself can often feel misplaced among the universe's iconic fighters, and struggles in the beginning to really find his footing and purpose in the ensuing battles. Jessica McNamee is an okay Sonya Blade, but she - like Tan - is often drowned out by the other actors. The same applies to Mehcad Brooks' Jax.

That said, you've come here for supernatural ninjas, and Mortal Kombat of course makes stars out of Sub-Zero and Scorpion. Joe Taslim plays Bi-Han/Sub-Zero, and much like his performance in The Raid: Redemption, brings a tremendous physical presence to the action. He is a terrifically talented martial artist, and a perfect match as Sub-Zero. Hiroyuki Sanada is probably the biggest name among the cast, playing Hanzo Hasashi/Scorpion. The opening of the film proves that Sanada is both a fantastic physical actor and one with great emotional range. Unfortunately, the film downplays Scorpion's role - which is weird if you know Boon's main is the fiery ninja. As great as Sub-Zero is, there's simply a lack of Scorpion screen time that really hurts. 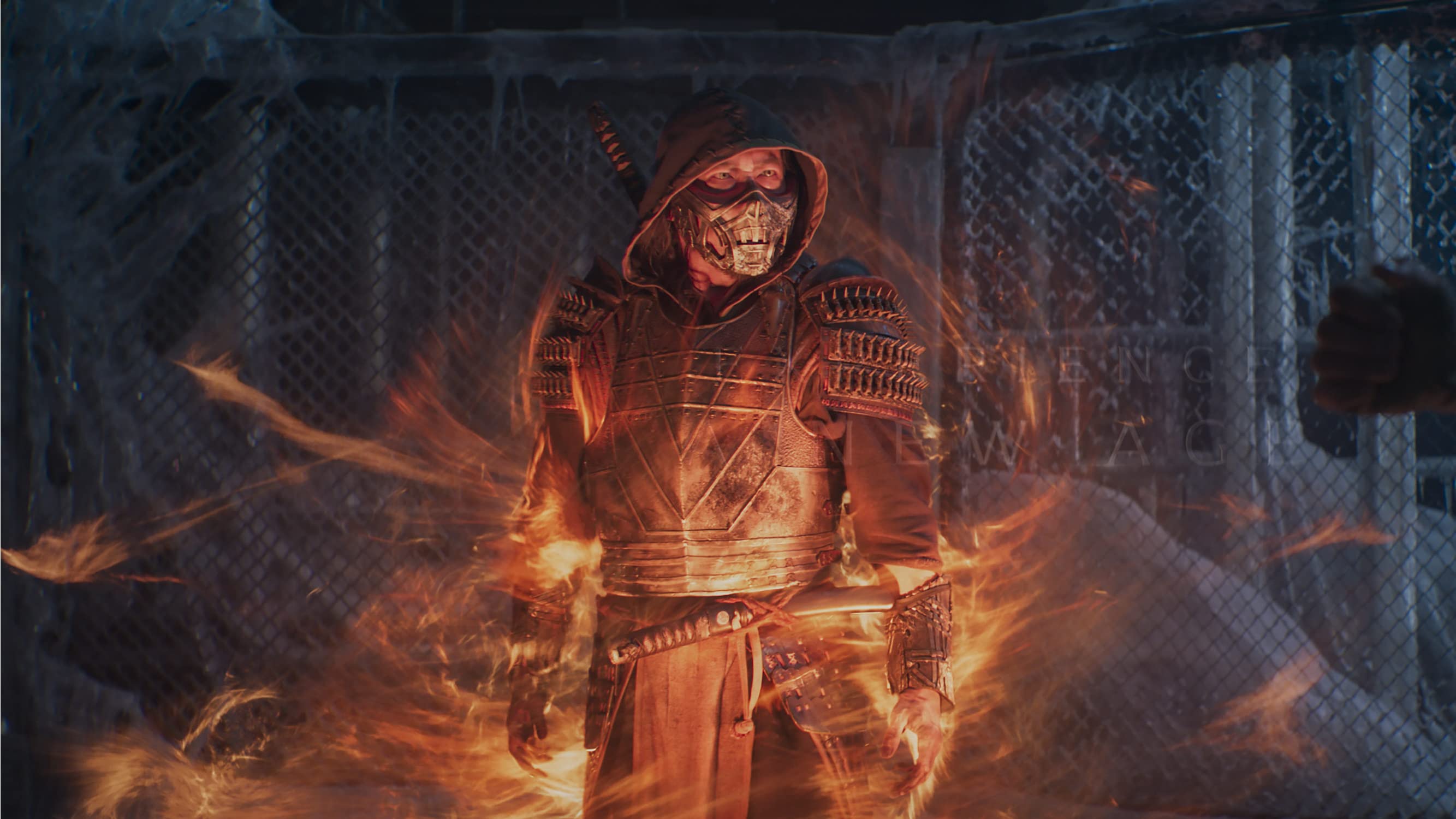 "But how is the action?" I hear you asking. Since the film was graciously gifted an R-rating, this allowed the filmmakers to go above and beyond with the gaming series' notorious violence and fatalities. For the most part, it delivers exactly that. The fight choreography is especially superb, allowing each actor and stuntman to shine in the action sequences. Sadly, the editing is erratic enough that it takes away from the impressive choreography at times. It's choppy in that Taken kind of way, which is never a good comparison. That said, the final fight is immaculately filmed and should please fans.

On that technical front, the lighting is quite dark at points. I'm not sure if it was the cinema I watched it in, but a lot of scenes - especially in the first half of the movie - looked dimly lit, making it hard to follow a lot of the action. This is remedied in the second half when the story shifts to more lively and vibrant environments, though. 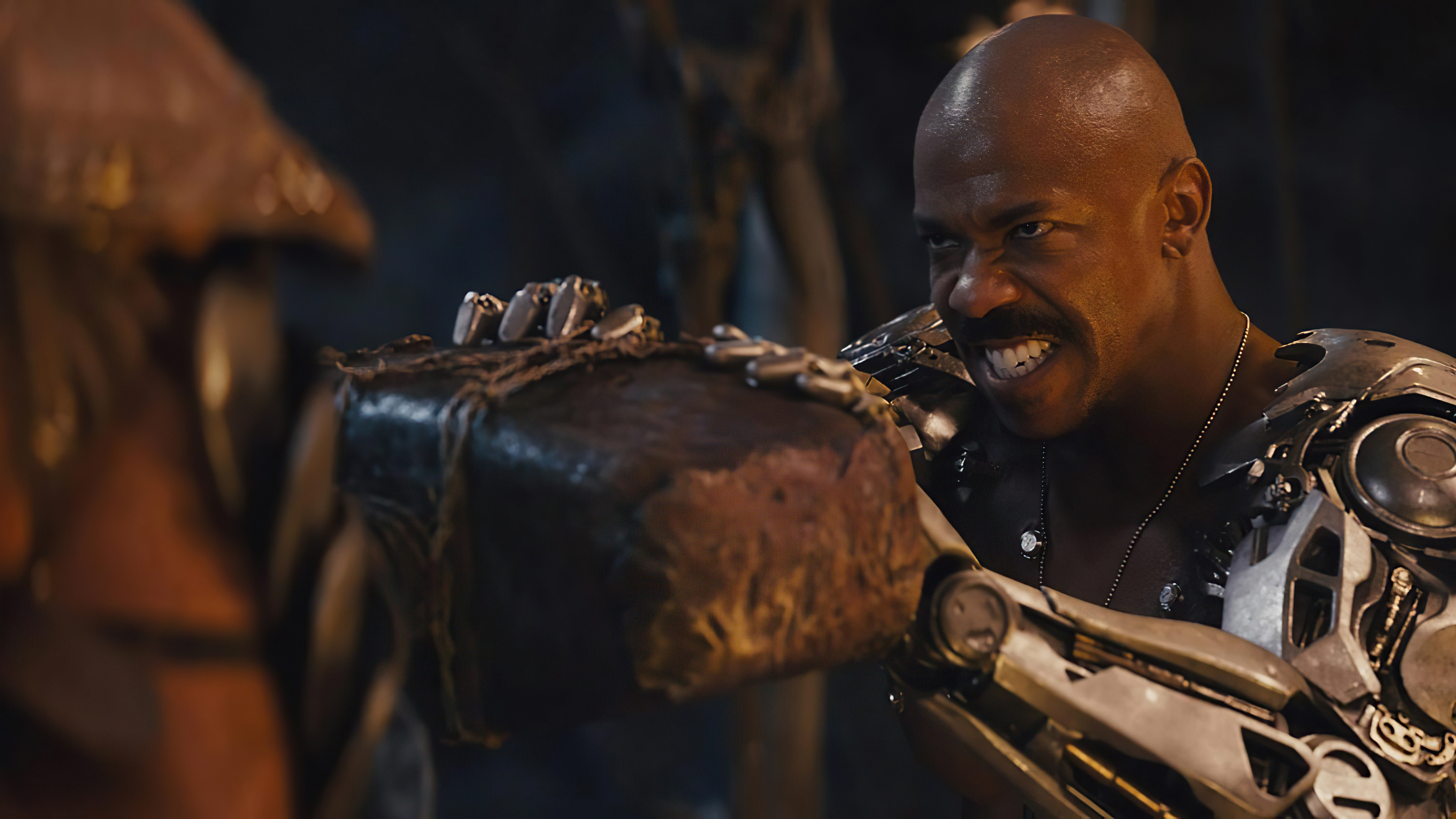 Looping back to fatalities and violence, it's serviceable. We've seen the extent of Mortal Kombat's violence in its more recent video games, and while replicating these fatalities in live-action would've easily earned the film an X-rating, the filmmakers did their best to give us throwback kills and gloriously gory moments - one in particular featuring Kung Lao's hat. You know where this is going, and yes, it's awesome.

It's clear that everyone involved were driven by a strong passion for the games...

Much of Mortal Kombat's issues can be attributed to its execution overall, though. It's clear that everyone involved were driven by a strong passion for the games, and it really shows considering the insane amount of MK lore Easter eggs sprinkled throughout. The actors also did their best to replicate their character's fighting styles, and once again, Huang absolutely kills it by showing off Kung Lao's flexible combat prowess. However, it feels like all the ingredients are present to make this a stellar video game adaptation, yet it can't seem to find a consistent vision. Perhaps with a stronger director, it might have excelled (say, The Raid's Gareth Evans?), but current director Simon McQuoid does his best - though just not enough at the same time. 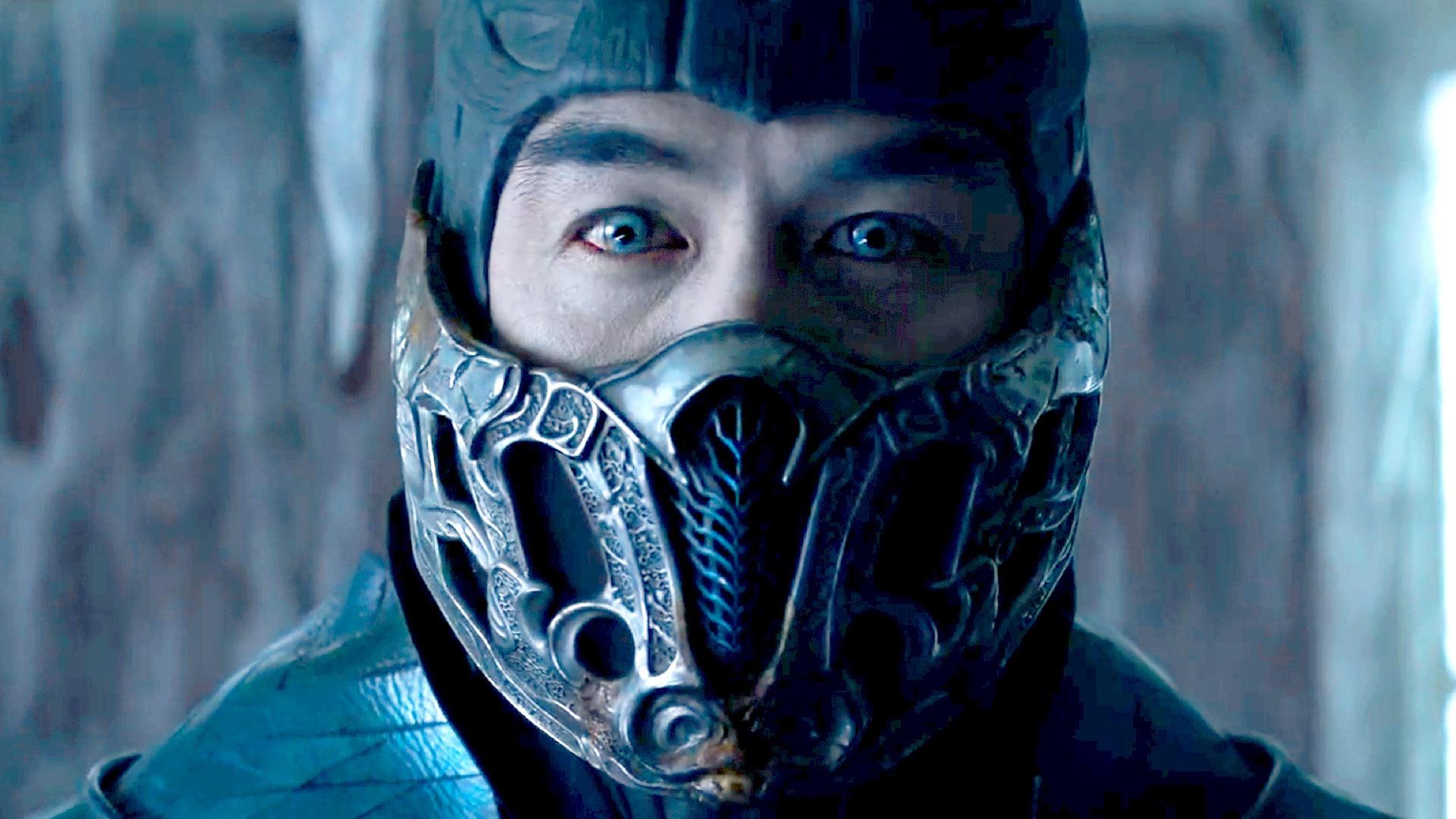 This nagging issue extends to the pacing of the film. Despite being an hour and fifty minutes, it feels much shorter than that. The third act begins and speeds towards the finish line at a relentless pace, that it's kind of hard to soak in all the awesome fights happening simultaneously. Thankfully, the final fight is fantastic, though even that is quickly overshadowed by the sad reality that this is simply a stepping stone - a part one - to a planned evolving saga of films. There's definitely pay-off to some characters, but I couldn't help but feel cheated out of what could've been a climax with far greater impact.

Mortal Kombat (2021) is a video game movie adaptation that has left me incredibly conflicted. As a big, mindless action movie for the masses, it works in doses, but as a Mortal Kombat fan, it leaves a lot to be desired. For everything it gets right - and trust me, it gets a lot right - it gets an equal amount of things wrong. I can't believe I'm saying this, but Paul W.S. Anderson's 1995 cheesefest might still be the superior Mortal Kombat movie for now.
6

Joe Taslim is a terrific Sub-Zero

...but not enough Scorpion

Blaze
@Coffeboy It's in SA cinemas already, released early for us.

Coffeboy
where on earth did you guys get the movie to watch it, so keen to check it out .

Lurch
Aside from the first MK movie - which I think still wins out due to the novelty and pure cheesiness - my favourite MK project was the Mortal Kombat: Legacy web series.

The first season was great for a budget feature, and the 2nd a little rougher as they had minimal special effects for the Ootworld parts, and the 3rd was never filmed due to delays and the lead producer left. Wish that got funded again, maybe digitally reworked, and turned into a longer running series.

Blaze
I thought video game movies were finally starting to find their footing (Detective Pikachu and Sonic were good attempts). This one hurt a bit because of all the missed potential it had.