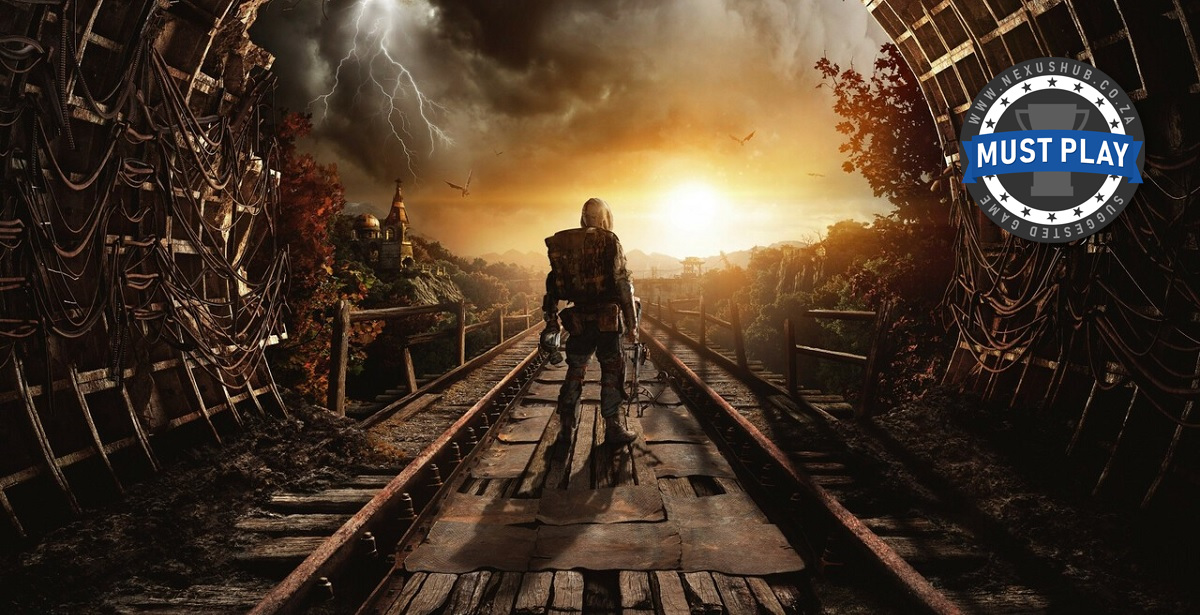 Dmitry Glukhovsky's Metro 2033 was a bit of a game changer, regarding both the novel and video game adaptation that followed. On the video game front, it put developer 4A Games on the map as one of the more talented studios to look out for - a studio that, for the most part, had a solid grip on the survival horror genre and how to best apply it to a claustrophobic and confined setting, all the while keeping a great pace with moments of action. Metro Exodus escaped me in 2019, but after finally having time to play it through the Enhanced Edition on PS5, there's a lot to love here. 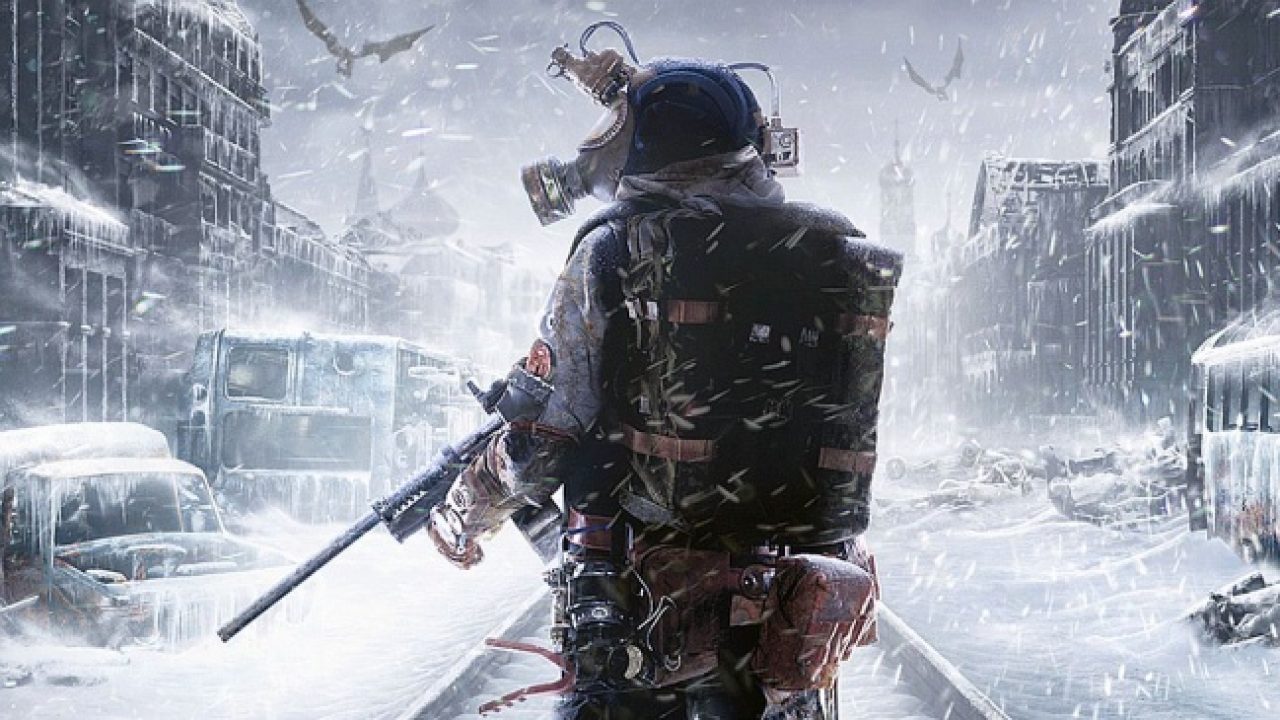 Without repeating what has already been said in other reviews, Metro Exodus marked a pretty big departure for the series in terms of setting. Moving away from the isolation of the railway tunnels, Artyom and friends board a train called the Aurora and make their way outside to the wider world (and by that I mean pockets of Russia). Each stop they encounter new landscapes, new people (some good, some bad), and new monstrous threats beyond just human bandits and tribes.

Metro Exodus still retains some truly palpable moments of dread and suspense - one in particular nearly gave me an anxiety attack...

My biggest fear before going into Metro Exodus was whether or not the semi-open world areas of the game might diminish that excellent suspense and dread of being in the dark tunnels of the previous games. I'm happy to report that none of it has been affected. In fact, Metro Exodus still retains some truly palpable moments of dread and suspense - one in particular nearly gave me an anxiety attack - while somehow balancing more traditional open-ended sandbox worlds to explore. By putting the focus on survival horror instead of adventure, exploring the various biomes of Metro Exodus became an exercise in expertly crafted tension and resource management. Almost immediately, comparisons to other first-person open worlds like Fallout are squashed because, let's face it, Metro Exodus is truly in a league of its own. 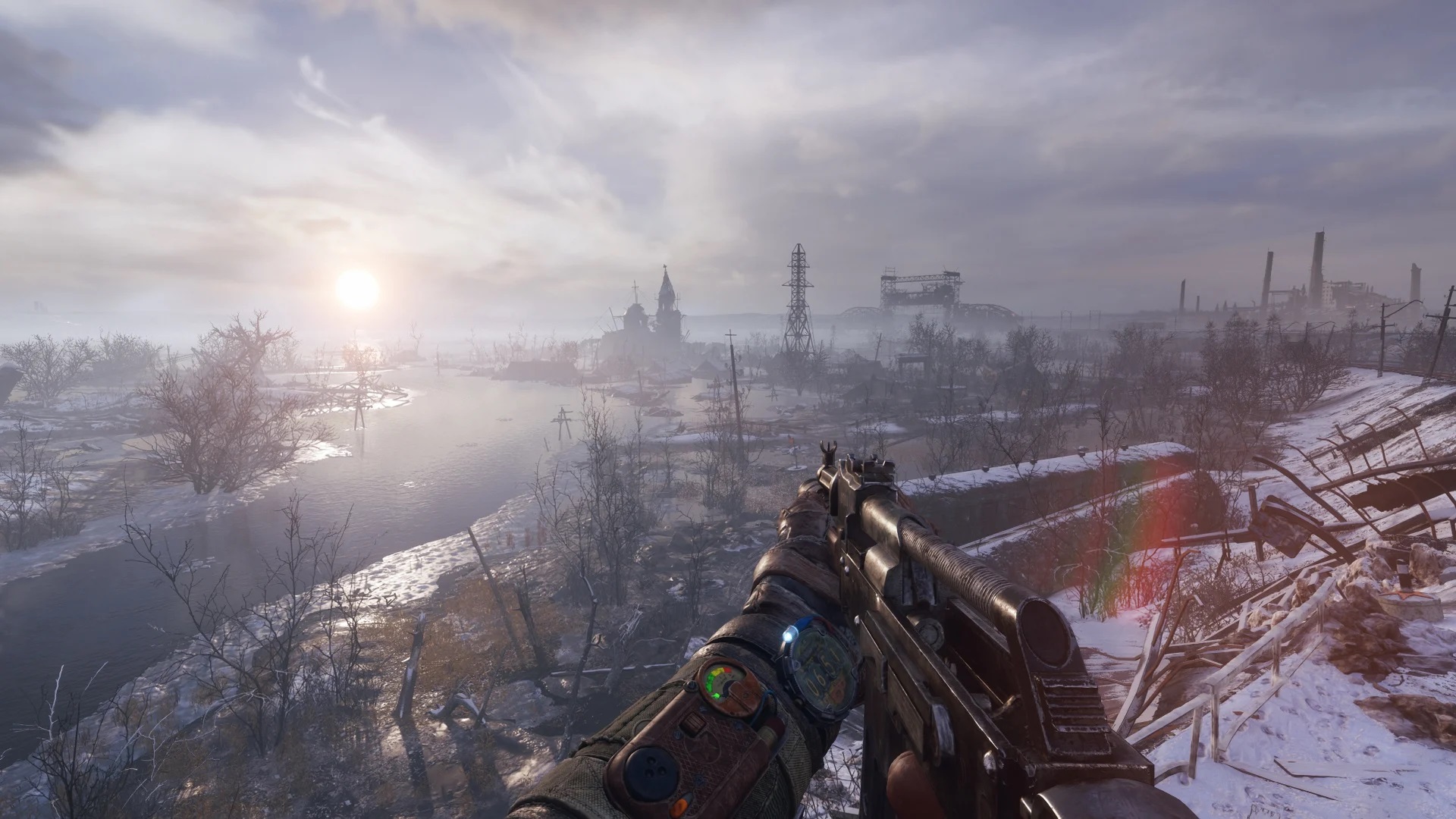 That said, there are some gameplay aspects and mechanics that carried over. You can craft and modify weapons a work benches with various attachments and parts that you can scavenge in the world, adding that extra bit of personality to your arsenal. The gameplay loop is fairly straight-forward: arrive at a new location on the Aurora, something happens that forces you on a path to complete missions and explore, battle mutated monstrosities and maybe a few human enemies, board the Aurora again and move on. Because of how amazing these worlds felt to explore, tedium never really settled in. Gunplay is superb too and there's a meaty crunch and kick to weapons being fired that makes you feel powerful.

Unfortunately, among the three areas, you're obviously going to have the weakest link, and that's the desert area. When you enter this location, it's the furthest thing from feeling like Metro, and instead brought up feelings of Mad Max. Even the enemies - mostly bandits and some bog-standard zombie mutants - just didn't feel like they belonged in a Metro game. The world is beautiful to look at, but it's also the largest biome, making traversal a bit of a chore. It never quite hits the quality check of its other biomes, and does feel like an entirely different game which took me out of the experience a bit. 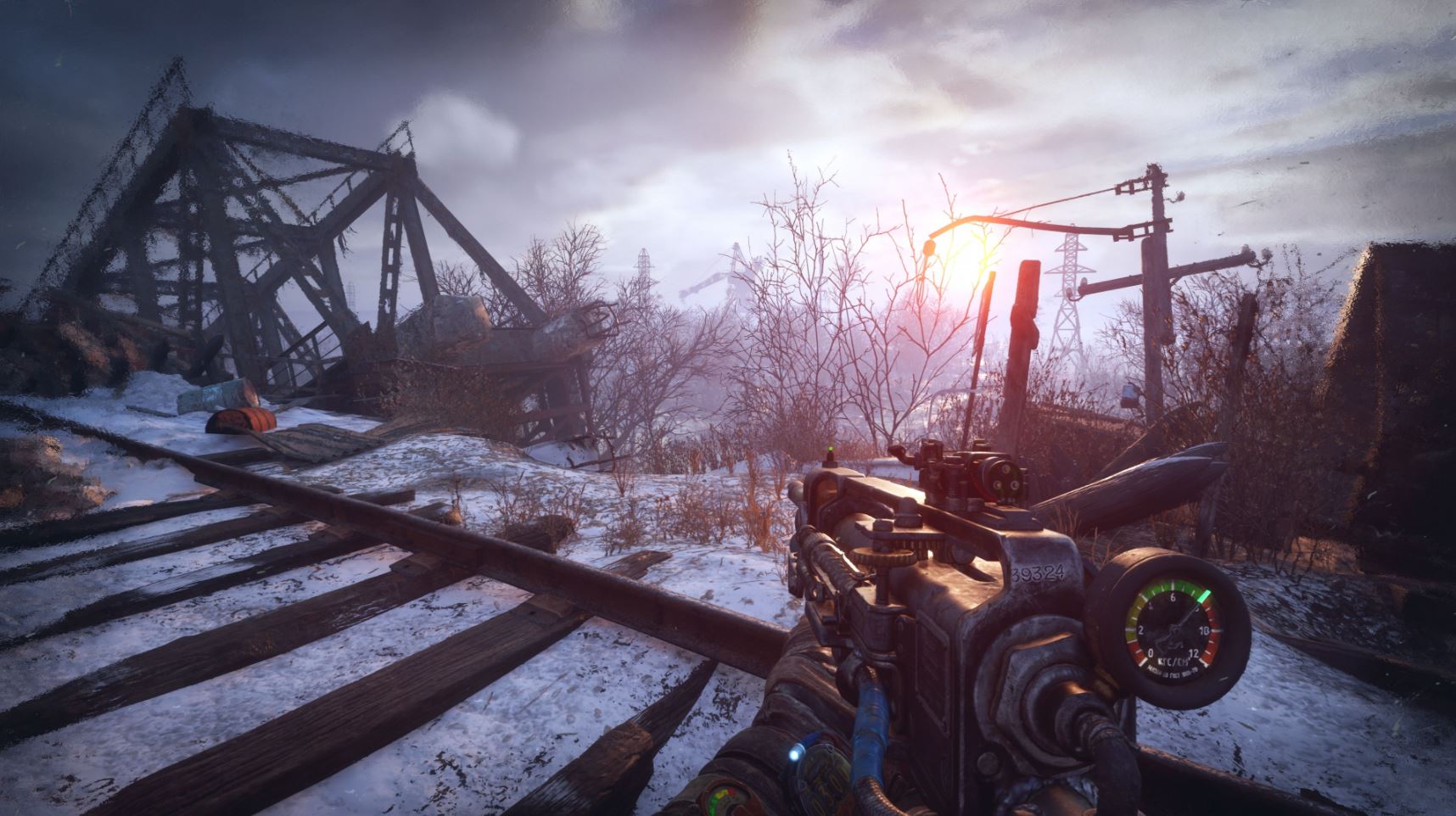 Now that's out of the way, let's talk about the aspects where Metro Exodus impressed the hell out of me: visuals. This being the Enhanced Edition on PlayStation 5, the graphics are absolutely gorgeous and with all the added bells and whistles of ray tracing and improved framerates, it makes the visuals pop that much more. This is one of the better implementations of ray tracing I think I've ever seen for a video game. This isn't just present in reflections of windows, puddles and shiny textures, but also the weapons themselves, which reflect natural light and bounce reflective surfaces off the barrel of guns to great effect. 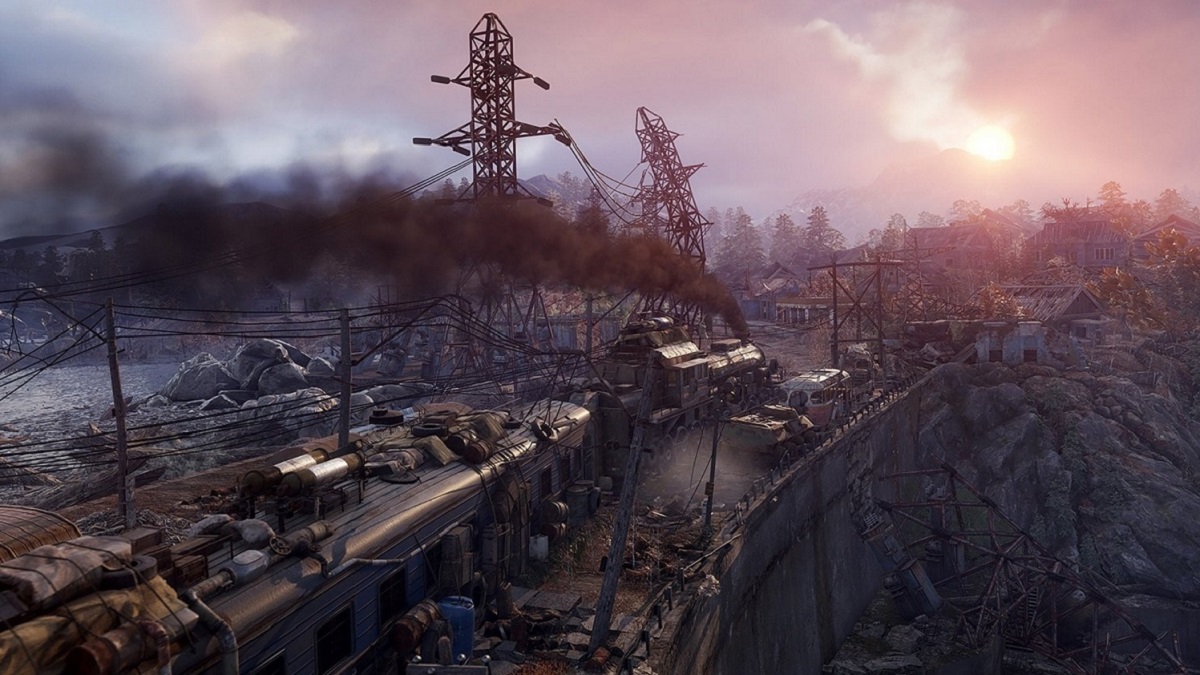 This visual splendor extends to the world design too. Every location looks and feels lived in, abandoned, and now home to the denizens of mutants that roam the landscape. The sunlight creeping through trees, the frosty winds kicking up dust and snow with every step, and the immersive shattering of Artyom's gas mask that displays cracks or frost on-screen - it's all quite picturesque, and despite the Metro series mostly being seen as AA, Metro Exodus easily gives the best graphical juggernauts in the industry a run for their money. With 4K/60FPS on PS5 enabled, and with a rock-solid, consistent framerate to smoothen out the experience, the current-gen version is now the essential way to experience this game.

Metro Exodus easily gives the best graphical juggernauts in the industry a run for their money.

This being PS5, you also get the DualSense features too, both including adaptive triggers and haptic feedback. The guns feel snappy and responsive, and there's a clear distinction between which weapon type you're using depending on the resistance of the triggers and even the weight of the weapon itself. However, in terms of shooters best utilizing the DualSense, Metro Exodus isn't exactly exceptional by any means, especially considering how far a game like Call of Duty Black Ops: Cold War pushed adaptive triggers and feedback. It works its magic, but it's not going to blow you away as I eventually barely noticed it during my playtime. 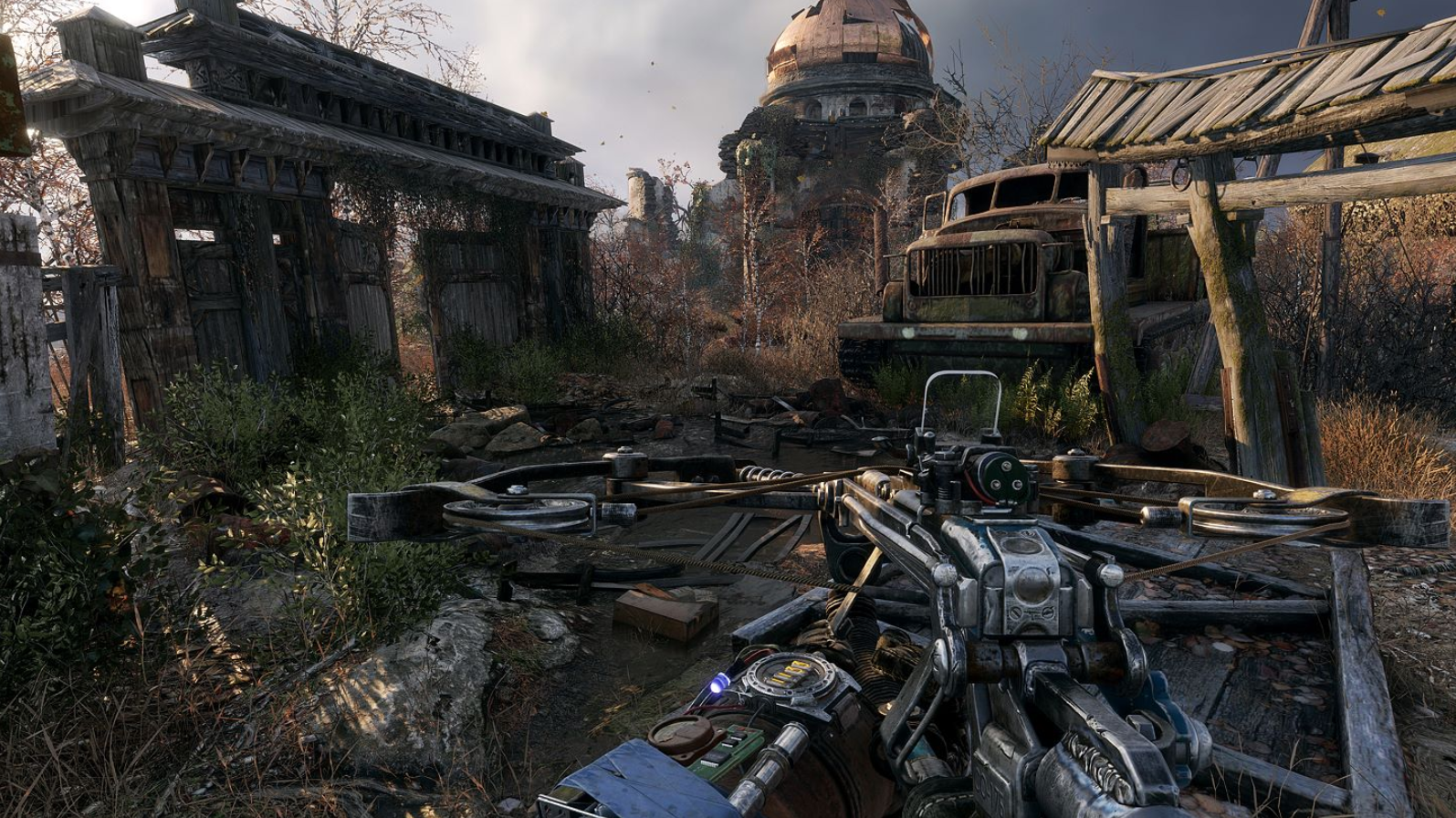 While Metro Exodus makes a damn good argument for itself in graphical fidelity, it maybe stumbles in creating believable character models. They look fine at first glance, but since many of the NPCs are up close and personal, you can't help but notice a certain jankiness to their facial animations. Sometimes it's forgivable as dim lighting will mask the inconsistencies, but other times when characters are fully exposed in brighter locations, the facial animations appear kind of stiff and awkward. This hasn't been improved much in the Enhanced Edition despite better textures, unfortunately.

Overall, Metro Exodus' enhancements on PS5 really go a long way. It ends up being more than just your average port, and borders on full, detailed remaster at times. It's truly astounding just how good it looks and performs on new hardware, and might now be the best possible way - or at least highly recommended from me - to experience Metro if this is your first dance with the series. As for my feelings on the game itself, while Metro Exodus doesn't reach the terror-fueled heights of Metro: Last Light, it's still an admirable sequel and a terrific vehicle for 4A Games to push their series further into the future with fresh new ideas. It just works.

Lurch
Glad this game is getting a shot at more console love. The framerate was surprisingly rock-solid, even on the Xbox Series S, but the image can look soft at times when dynamic res hits hard. Find it weird there is no quality 30fps mode to prioritise resolution.

I'm always torn on the Caspian sea desert area. I love the atmosphere, but it's definitely the one location that can cause you to lose focus on the story if you meander around to all the ruined locations. It's still a great follow up but yeah, the Metro 2033 - especially the Redux version - remains my favourite. Don't miss out on the excellent DLC if you pick up the Gold Version. 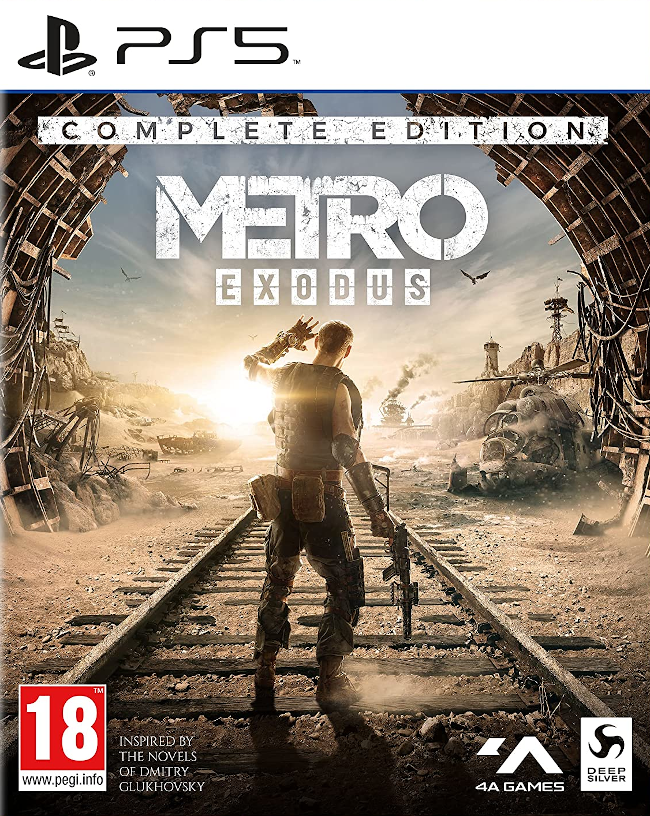