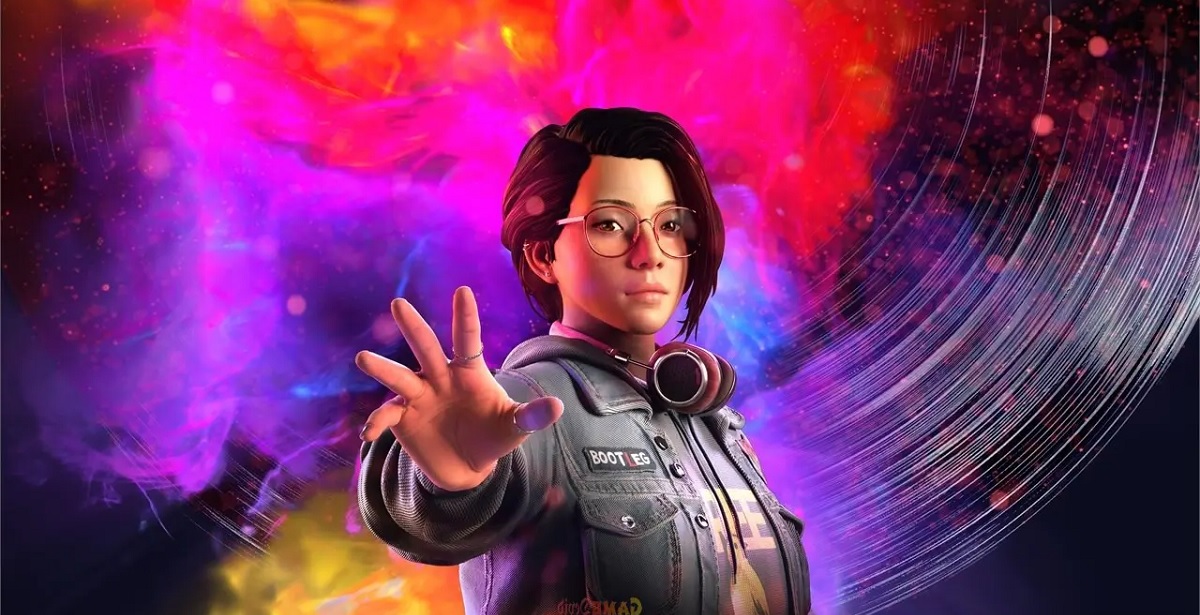 True Colors is Deck Nine’s second spin-off in the Life is Strange IP – the first being the excellent Before the Storm, a prequel to Dontnod’s original. With a fresh setting, cast, and an actual character “power” to work with, they’ve crafted an enjoyable narrative experience that should thrill fans of the IP. That said, it might disappoint those hoping for an evolution of the formula and it’s not going to change the minds of those who’ve never enjoyed the gameplay structure.

Life is Strange: True Colors places you in control of Alex Chen as she arrives in the tiny Colorado mountain community of Haven Springs. She’s just left a mental healthcare facility to reunite with her brother, after 8-years apart, during which they got to experience the worst of the foster care system and juvenile detention. Her brother Gabe, having started a new life in Haven Springs, reaches out to offer her a chance at a fresh start. Aside from the narrative significance, this setup works well to put the player in the same position as Alex – everyone is a new face and unknown quantity. 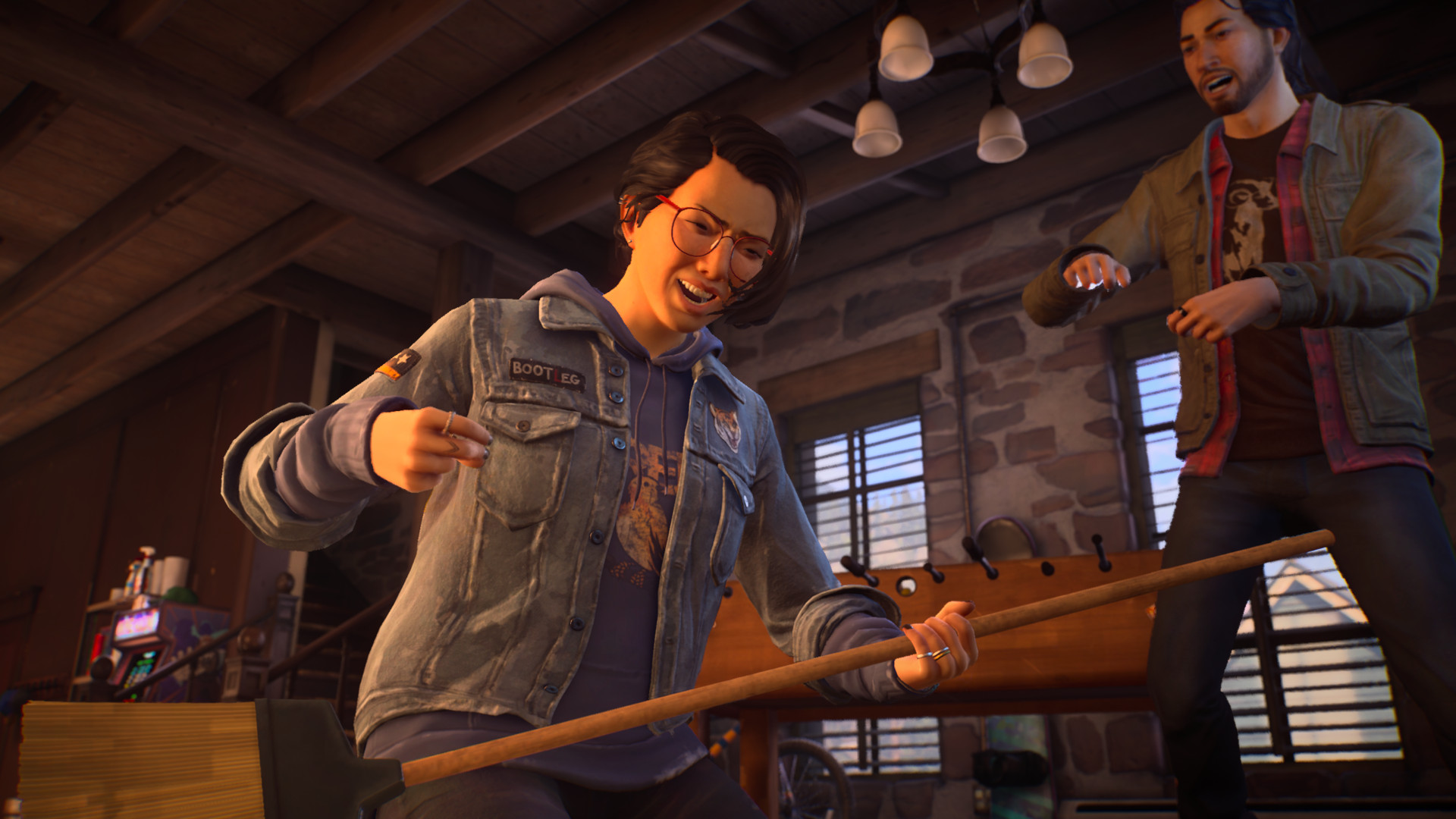 Despite years of separation, Alex and Gabe get to share several great moments (if you let them).

I don’t want to delve into the story too much, as key events and character interactions have always been the highlight of the Life is Strange series. Suffice to say, True Colors does not disappoint and Alex, along with the small group she befriends, are among the most diverse and likeable cast yet. Alex quickly discovers Haven Springs is an old mining town, dealing with the corporate machinations of Typhon – a multi-national corporation extracting uranium by way of mountaintop removal mining. The town council – many of whom you’ll interact with – are torn between the jobs and economic prosperity these operations bring and the potential for environmental destruction and the loss of Spring Haven’s identity.

…Alex, along with the small group she befriends, are among the most diverse and likeable cast yet.

This situation provides the perfect framework for an investigation-focussed narrative, which sees an early tragedy force Alex to gather a close-knit team and descend a rabbit hole of corporate negligence, deception, blackmail, and no shortage of personal trauma. Of course, this is still a Life is Strange game, so you can expect some familiar character archetypes: the boisterous punk-rocker desperate to leave; the intelligent, socially awkward, yet handsome nerd; the “troubled” child who is just misunderstood. Thankfully, Alex feels novel, and her actions are (mostly) logical, seeing as she’s a newcomer desperate to impress her companions and find a place to call home. 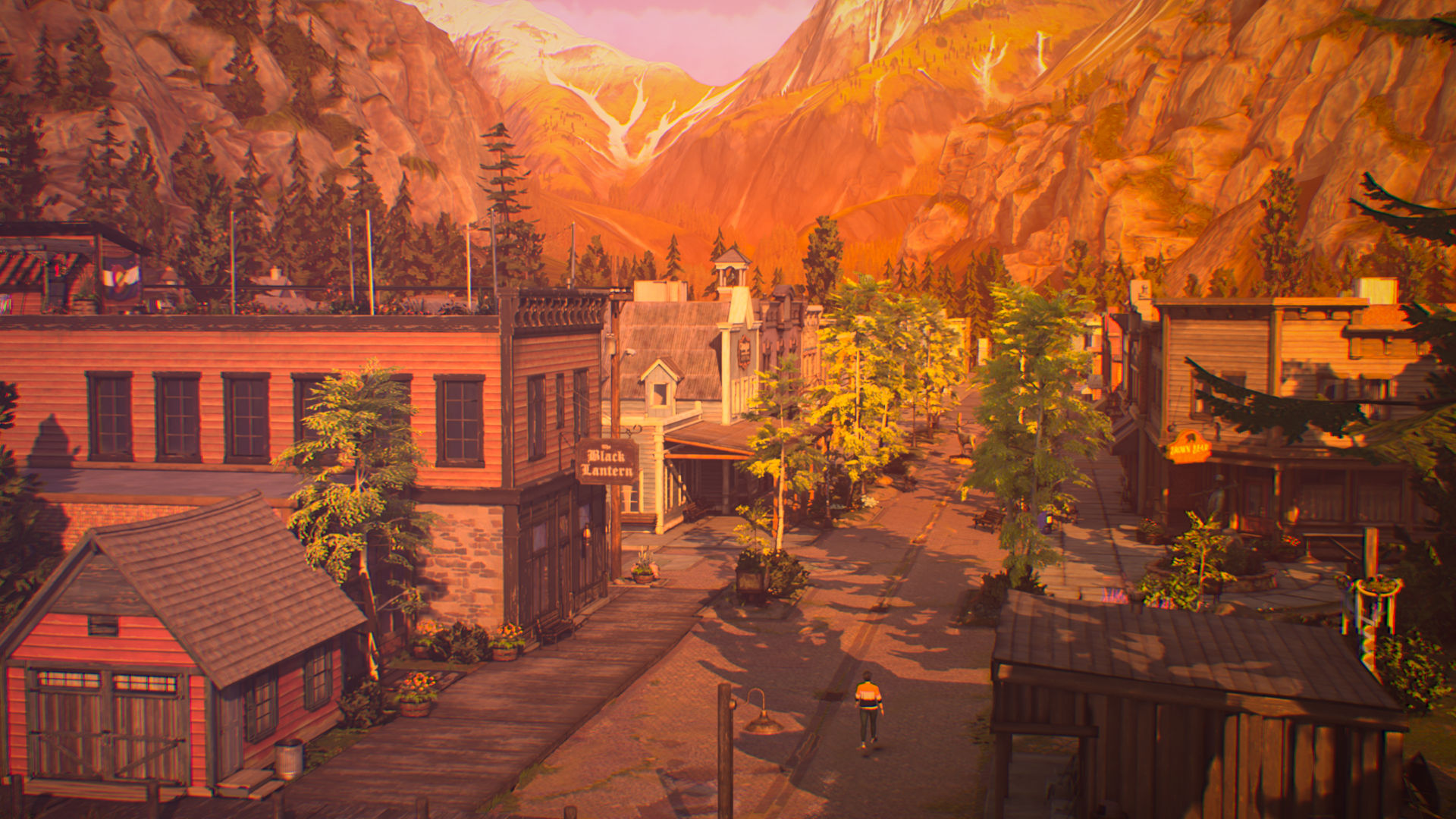 True Colors gets a lot of mileage out of a small environment and limited cast, yet never feels drawn out.

The narrative and gameplay hook in True Colors is Alex’s strong empathic ability. Alex can “see” intense emotions as auras – think fear, sadness, and anger – but initially struggles to control this “power”. When faced with overwhelming emotions, she loses herself to those feelings, slumping into depression or reciprocating violently to any aggression (resulting in no shortage of fights during foster care). After arriving in Haven Springs, she slowly learns to master this ability. This allows her to connect with strong emotions and hear snippets of thought, visualise the world through their eyes, and detect lingering memories in personal objects. It’s the perfect power for a game that revolves around investigation, giving Alex the ability to direct conversations and draw out information. That said, True Colors makes sure to remind you that both giving into and suppressing strong emotions can be damaging.

…the writing and depth of interactions is impressive enough to keep you engaged for the 10+ hours it takes to see the climax.

This ability, along with the inspecting of clues in the environment, trigger unique dialogue options that allow you to advance the main plot, deepen her relationship with her close companions, or simply assist secondary characters. Given the bulk of the game takes place along one main street and a park, the writing and depth of interactions is impressive enough to keep you engaged for the 10+ hours it takes to see the climax. As a bonus, True Colors spices up the experience with several gameplay diversions – including a fantastic LARP session in the third chapter – and includes hundreds of incidental choices that are simply a matter of preference. 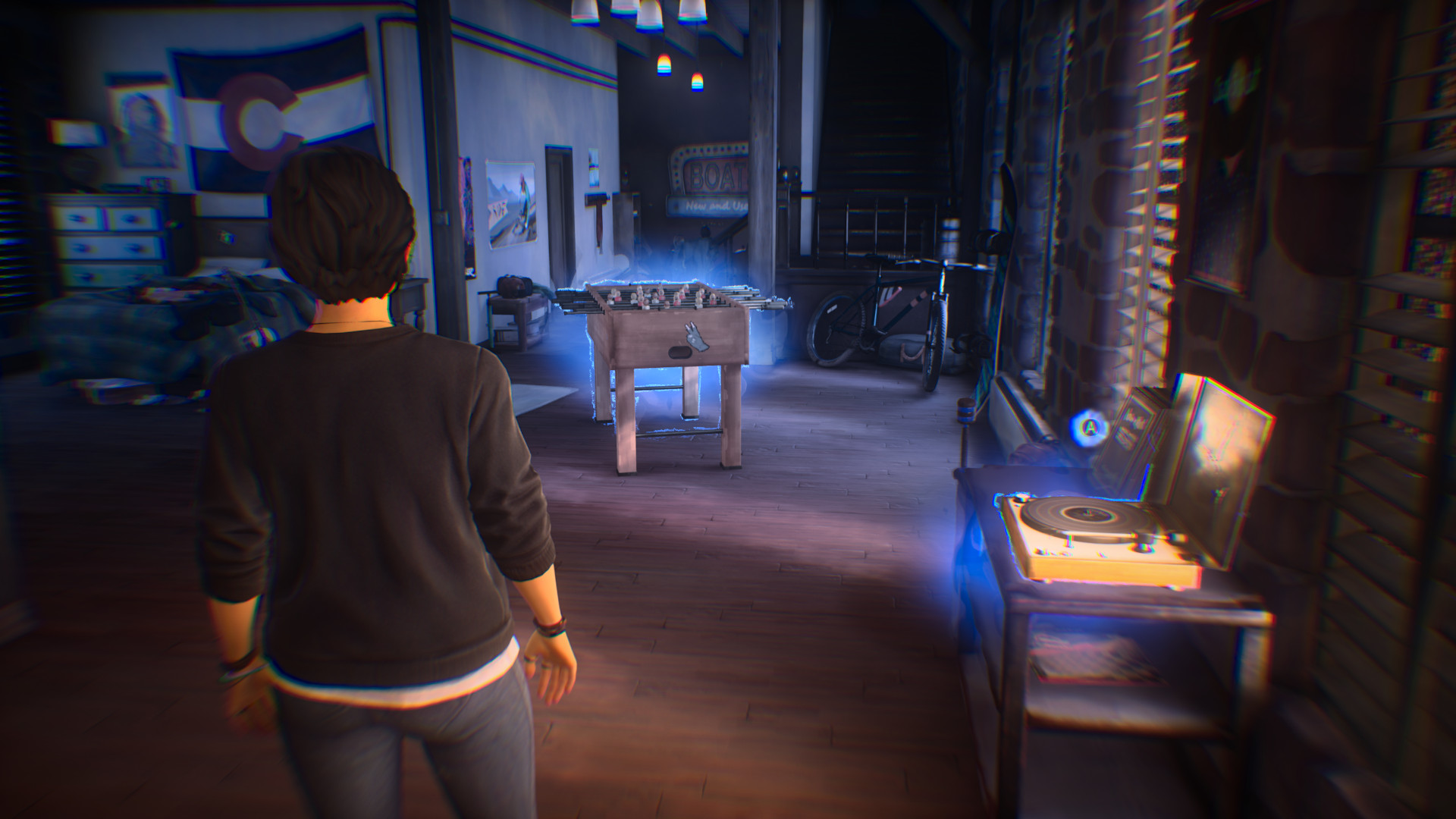 There’s plenty you can learn about the cast by simply examining your surroundings, but key items have strong emotional memories you can tap into.

Much like the prior Life is Strange games, True Colors is all about choice and consequences, but there is a central narrative thread that plays out regardless. There are dozens of scene variations, but events ultimately accelerate towards a narrowly-focused final chapter, which delves into Alex’s past while tying together plot threads in the present. It is in the final chapter you’ll see your most significant choices come to fruition as you seek the support of your closest companions and the town council. Unlike the prior chapters, which feel incredibly coherent regardless of your choices (such as Alex’s sexuality and potential romances), not everything falls into place quite as smoothly. That said, scene variations in this chapter and both ending choices still felt satisfying.

…True Colors is all about choice and consequences, but there is a central narrative thread that plays out regardless.

I’d usually discuss presentation as a standalone element, but it forms an instrumental part of the Life is Strange experience. With the right hardware, you can enable HDR and ray-traced shadows, but Life is Strange: True Colors looks fantastic regardless. The environments still rely on a distinctive art style rather than complex geometry and detailed textures, but the character models and lip-syncing are phenomenal. Unlike many games that fall into the uncanny valley, the facial and body animations, coupled with lifelike eye and lip movements, ensure every interaction and cutscene feel natural and believable. Cutscenes often use a heavy depth-of-field effect and obscuring objects to get around any technical limitations and they always feel skillfully directed. 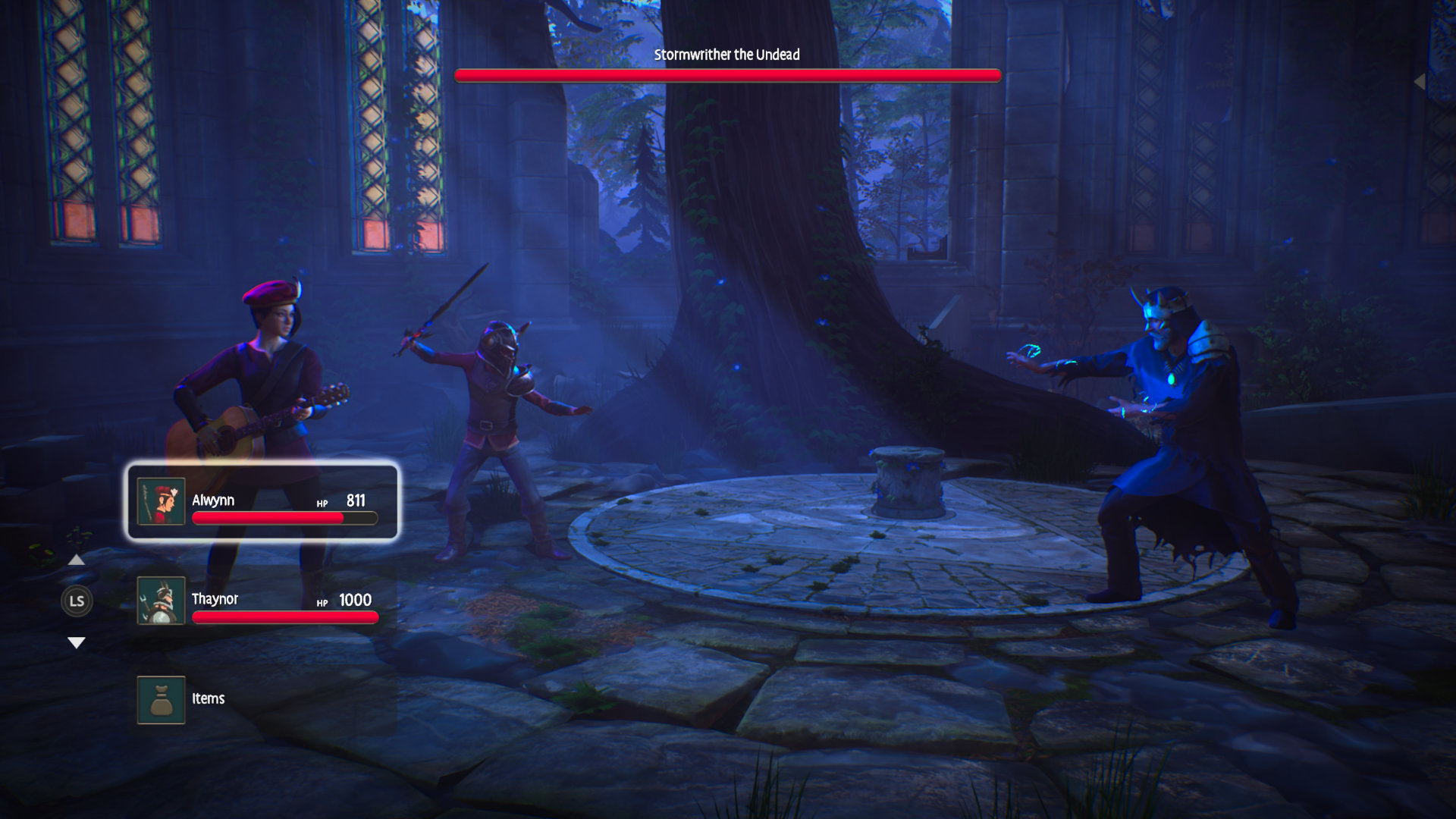 Hours of clue-hunting and dialogue can only be so compelling, so True Colors makes sure to spice up each chapter with one or two unique events.

Similarly, the voice work, ambient environment audio, and soundtrack are impressive. Primarily focussed on a group of young adults in their early 20s, the writing feels natural, full of casual swearing, of course, but also youthful jubilance despite trying situations. Given the focus on emotions, every voice actor does a great job of believably portraying anger and grief in multiple scenes – a rare feat for video games. The soundtrack – once again dominated by indie or alternate rock bands – complements every scene, even if the lyrics are sometimes a little too overt (and maybe -1 point for never using Cyndi Lauper’s song!). “Zen” moments return, providing scenic spots in which Alex can chill out, air her thoughts, and enjoy the music. It’s a simple system but still effective and needs to be replicated in more games.

…every voice actor does a great job of believably portraying anger and grief in multiple scenes – a rare feat for video games.

Given how closely True Colors sticks to the Life is Strange template, it does share three flaws carried over from the prior games. Firstly, despite providing the opportunity for player responses during most interactions, you’ll still sit through several long cutscenes with no interactions (especially in the final chapter). Secondly, the autosave system usually restarts you from the unskippable cutscene that opens each scene (not great if you can’t pause or suspend the game). Finally, while there’s a granular scene-select option unlocked once you’ve completed the game, there’s still no timeline feature that allows you to tweak a choice and jump forward to the ramifications, rather than having to restart your playthrough from that choice. 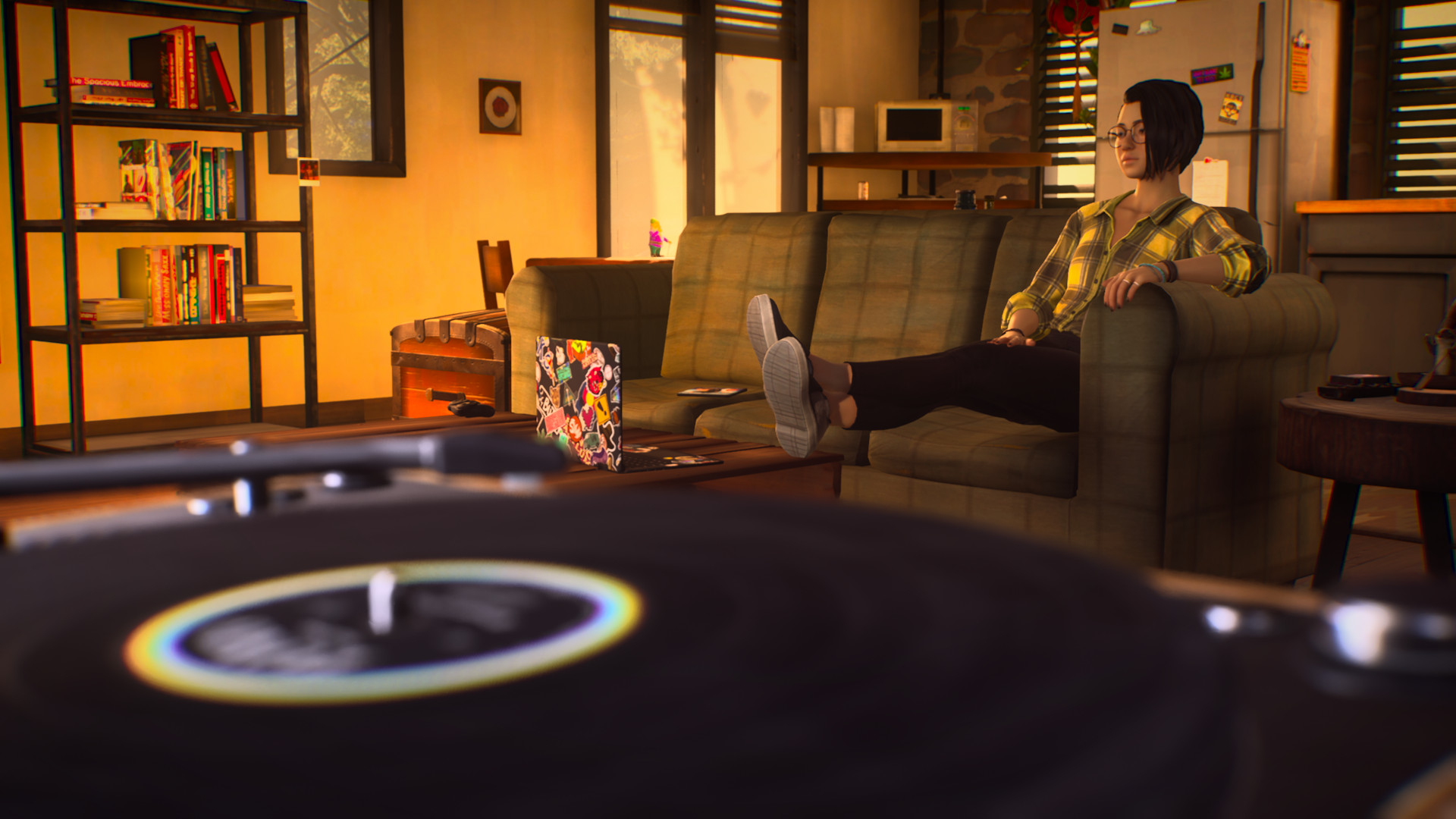 It may not offer the most technically advanced visuals, but True Colors maintains an incredible sense of style throughout.

Lingering gripes aside, Life is Strange: True Colors is Deck Nine’s best work to date and I’d place it just behind the original brace of games. It’s more streamlined, has no “fail” states, and doesn’t delve quite as deeply into the supporting cast, but the story is compelling, the pacing brisk, it throws in several enjoyable gameplay diversions, and offers an incredible audio-visual experience that complements every other element. If you enjoyed the prior games Life is Strange games, True Colors can be considered essential. If, on the other hand, you’ve never gelled with the narrative and gameplay loop, True Colors sticks close to the original template and is unlikely to change your opinion.

An enjoyable and fitting soundtrack

Deviates little from the Life is Strange formula

Lurch
@KF500 - sorry a little late on this response. There are 5 discrete chapters, most of which end on a cliff-hanger, and have a recap of your choices (and community responses). However, it's not always an elaborate set-piece at the end of each chapter like the prior episodic content and was clearly made to quickly flow from one chapter to the next.

KnightFall500
Question, is it done in episodes, like the previous games?

Tea
They are always on point with the soundtrack in these games - have found a few new artists to listen to this way.

Blaze
Great review. I somehow have yet to play Before the Storm, but I think I'll get around to both that and True Colors soon!