Neuer gonna give you up. 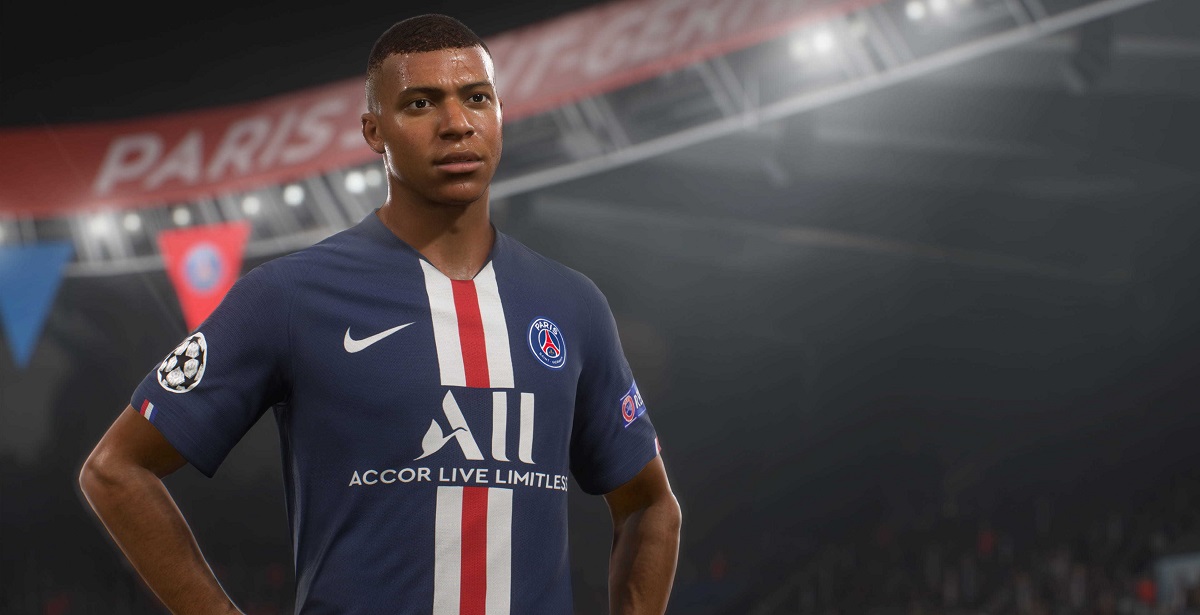 With a pandemic making this a disastrous sports year, fans across the world have been yearning for a way to scratch that itch. This would have been the perfect time for EA to double down on its infamous franchise - FIFA. We can only follow our favourite football clubs from behind our TV screens, with the rather ominous lack of fans sitting in the stands, FIFA 21 could have been the perfect solution. At least, in some way, we would be able to relive the moments before the pandemic. 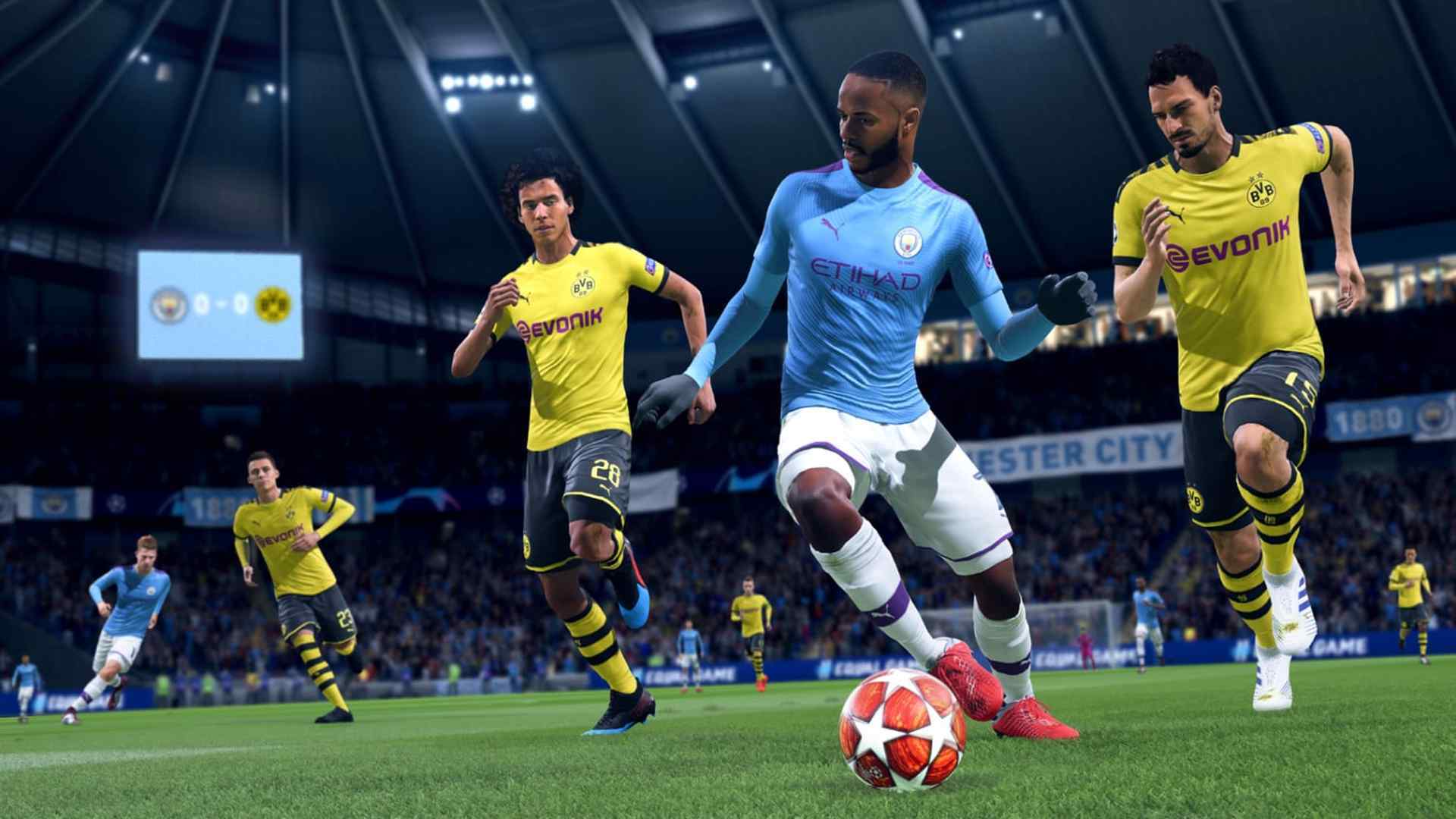 In the beginning, it seems like there’s hope for the unenthusiastic franchise. It’s clear that the developers have taken some feedback as gameplay has ever so slightly evolved. On the field, the flow of the game feels much faster, with passes having a systematic ebb and flow to them. You instinctively notice the attackers bias that FIFA 21 has, with defender AI tending to flop around like flaccid pieces of asparagus during opponent’s counter-attacks. This isn’t always the case, as the defense will occasionally form an iron fortress that deflects any and all incoming attacks. The lack of consistency, however, is what makes this feel like a minor progression rather than a major leap forward.

You instinctively notice the attackers bias that FIFA 21 has, with defender AI tending to flop around like flaccid pieces of asparagus during opponent’s counter-attacks.

It doesn’t take a lot to figure out that the game itself feels a little too simple. Attackers only need a few passes before they’re making a full-frontal assault at the opponent’s defensive line, while defenders themselves are a bit too over eager to intercept the ball. This results in way too many opportunities and relatively ends up in a goal each time. This may sound like an odd complaint, but there’s no sense of reward for making plays. Sometimes there is charm in having to weave the ball through players until you finally have a chance to score, knowing full well you had to pick apart a great defense over just simply passing through them. 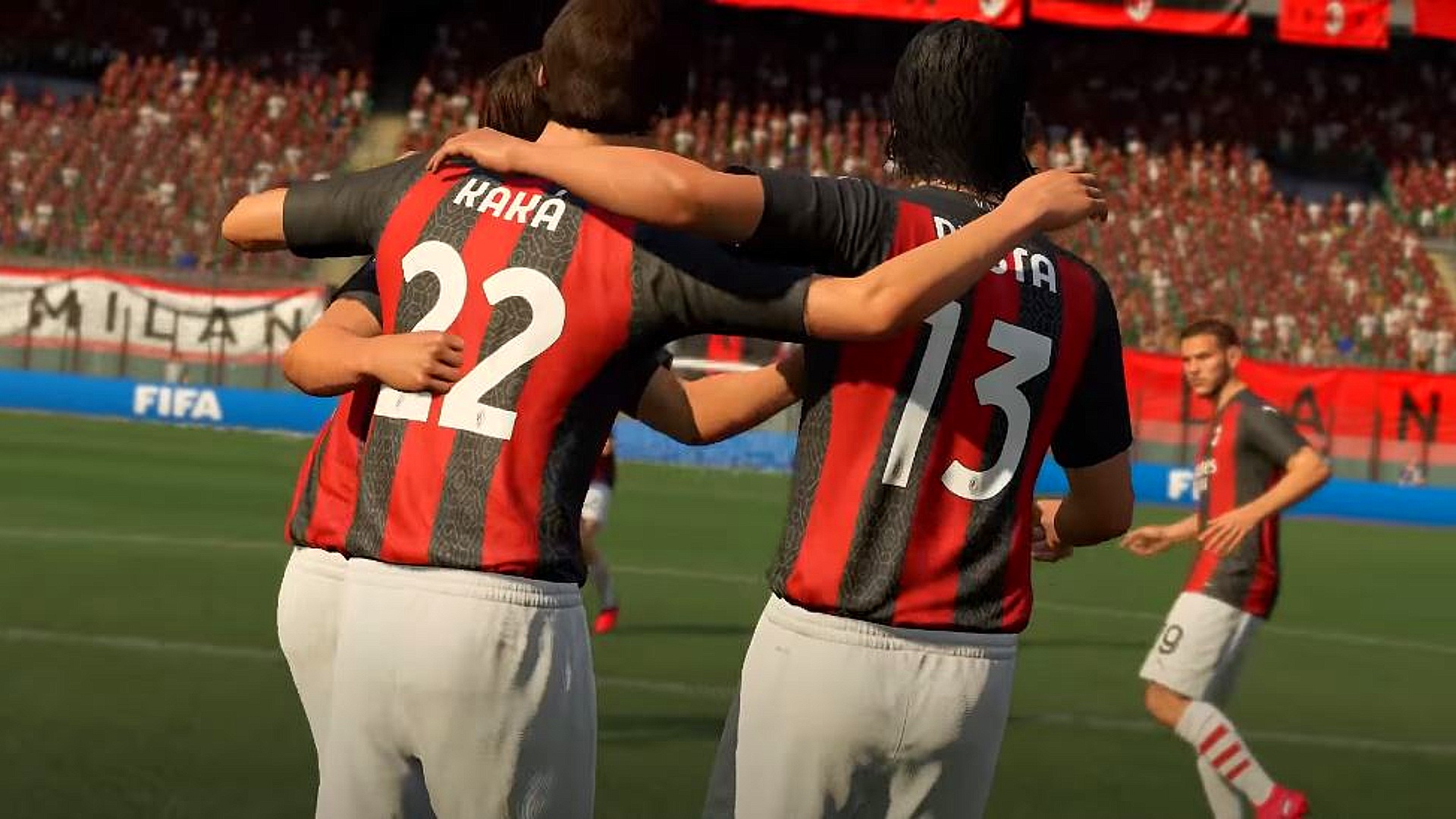 There are two sides to this coin, as defending is a lot more work. Players are required to be a lot more hands-on if they want to at least stave off a few goals. But that doesn’t detract from how unreliable tackling is. Compared to last year, it’s easy to just think defending got nerfed while attacking got buffed. If I were to explain FIFA 21 in a single sentence, that would probably be it. But there seems to be a lot more to it than that. There are many new controls for getting the most out of your players. It’s rather baffling that EA chose to go this route because it’s more frustrating than it is innovative. It would be perfectly fine if you didn’t get punished for sending a CB in for a tackle, or the AI simply believing it had a better place to mark another player.

Compared to last year, it’s easy to just think defending got nerfed while attacking got buffed.

This isn’t the only inconsistency as passing is equally as problematic. On one end, they’re fluid and accurate, and then suddenly a pass will go in a completely wrong direction, drift out of play for no reason, or just become severely underpowered. It’s not like I’m asking for the perfect game in every match, but the lack of consistency means that this is more based on luck than it is skill. The lack of improvements seems to be present in the keepers and referees too. Goalkeepers will fumble the ball at the most inconvenient moments, passing the ball to your opposition and leaving you with heart palpitations if you just manage to barely save the ball. As for referees, they will blatantly ignore fouls in some cases, while handing out yellow cards on a whim at other times. This, again, comes down to how lucky you are during the match. But don’t be too alarmed, as it will take a lot for the referee to even bother handing out a red card. 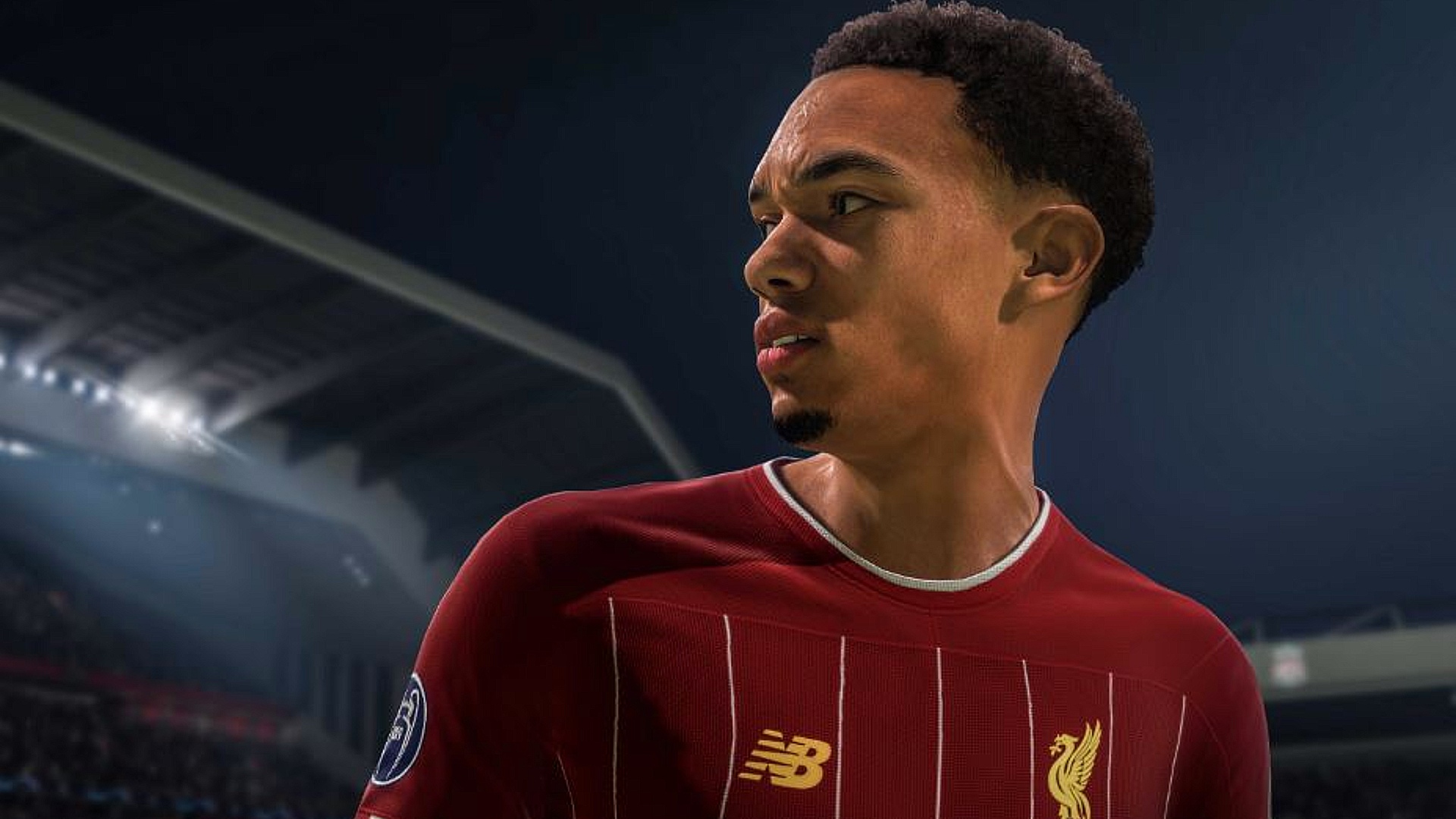 Ultimate Team will be a space where many will spend their time. FUT Champions Weekend League is still one of the best places to get Ultimate Team rewards, but it’s just a frustrating experience, devoid of any tactical play, and many losses caused by gameplay flaws. The structure of the game mode makes for a toxic, frustrating time that will put you off the game, rather than encourage you to keep playing it. That being said, Division Rivals itself was a lot more enjoyable thanks to the boost Chemistry Styles offer, as well as the death of having to manage player fitness.

What I found extremely sad, was the fact that you can’t grind objectives with your friends in co-op mode.

In terms of other new features in FIFA 21, there’s very little to brag about. Co-op has made its way into Ultimate Team, a mode that has been requested by fans for years and it’s great to see a different side to Ultimate Team. However, it doesn’t take you long to see that there’s still room for improvements. You can’t go up against your friends in a 2v2, with co-op only letting you play against the AI or matchmaking you with random people online. What I found extremely sad, was the fact that you can’t grind objectives with your friends in co-op mode. It would have made for a great way to pass the time, but I also understand that people would find ways to exploit this so EA had to make the tough decision. That being said, co-op isn’t all bad. Squad Battles are a hell of a lot less tedious when you have a friend to enjoy it with. It would be nice to see some refinements made to the co-op mode. 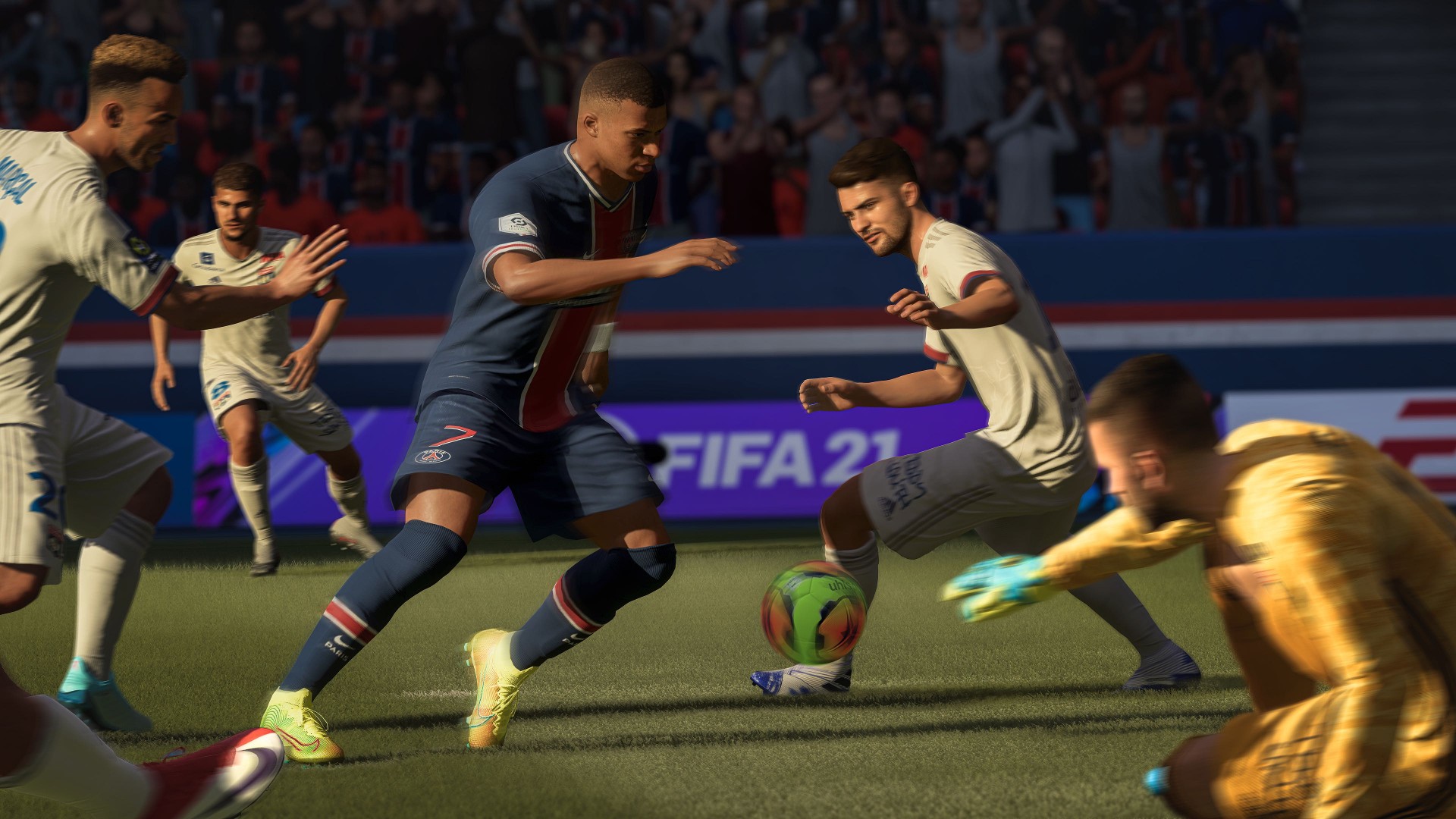 If the online modes don’t tickle your fancy (and I can definitely see why), EA has made some very welcomed additions to Career Mode. In many ways, this is probably FIFA 21’s showpiece. There have been some small quality of life changes, but the ability to quickly drop in and out of matches has to be their best addition yet. For those who like to use their time more wisely, you can simply auto-complete the rest of the game and continue on with the season. As a bonus to that, you can jump into a simulated match to make sure your team can make the most of an advantage or turn things around at any moment. This is a great way to turn Career Mode into more of a micro-simulator than just running through a bunch of matches.

While it seems like there has been attention given to some things, it’s also very easy to see what got neglected in FIFA 21. In terms of graphical fidelity, the game is largely the same as last year’s counterpart. The crowds are definitely not fitting of a 2020 game, but we can only hope these changes are made for the next-generation port.

Much like the average Manchester United match, FIFA 21 leaves a lot left to be desired. There is still a lot left to be improved, and it’s sad to see many of the issues that has plagued the series for years is still present. FIFA 21 takes incremental steps forward, with many of its flaws and odd design choices holding it back from its true potential. Occasionally, there are moments where the game does a lot really well. Its presentation, recreation of match-day atmosphere, and the feeling of the ball between your legs are excellent. However, the game simply doesn’t do enough to justify itself over last year. To answer my statement from the introduction, FIFA 21 is not the solution for those seeking a thrilling game of virtual football.

Still able to capture the atmosphere

VOLTA is a little more fun

Everything still revolves around pace

Not worth forking out full-game money 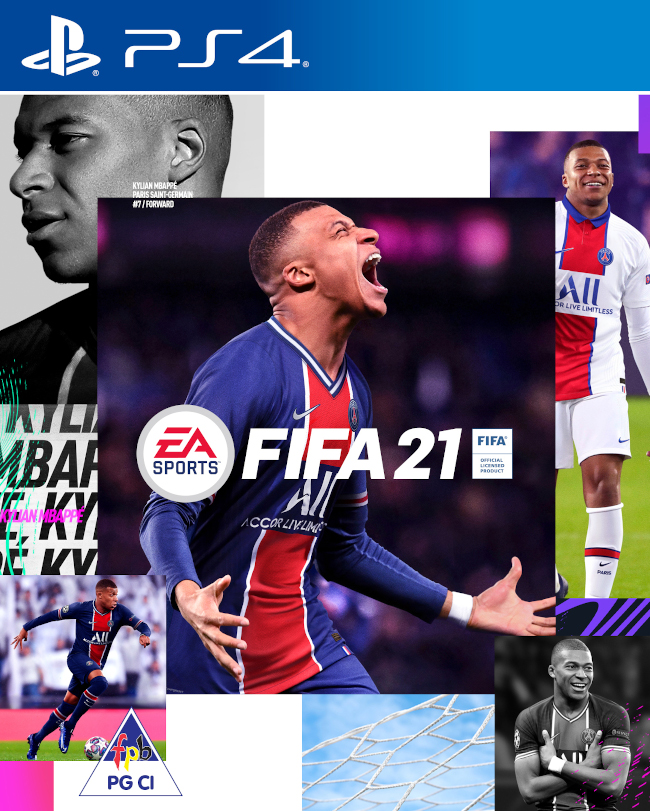