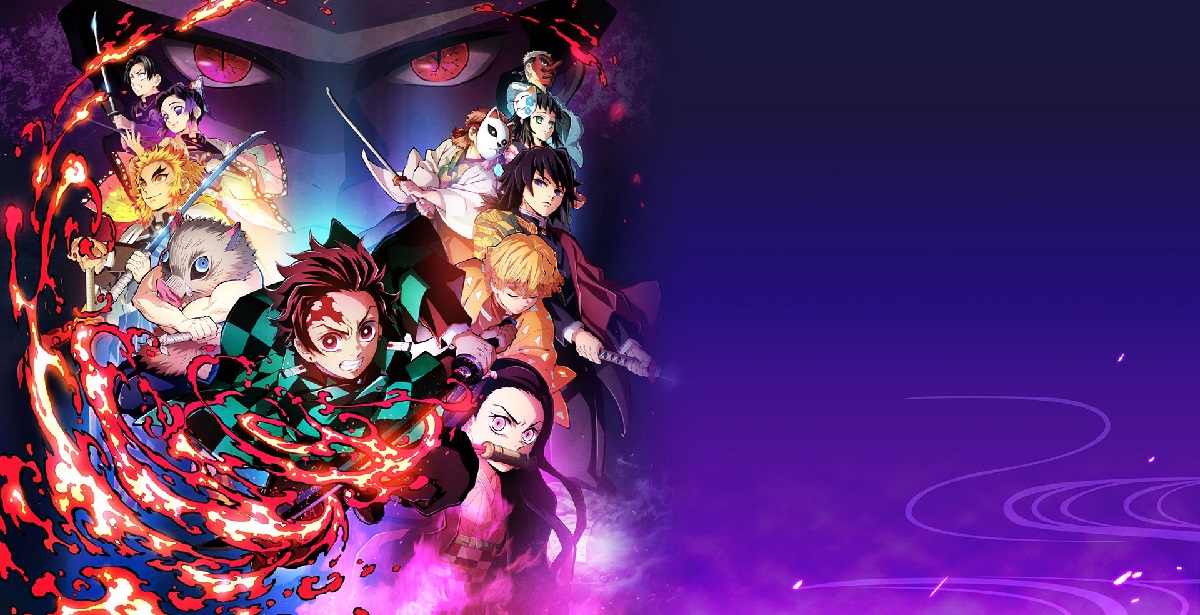 Demon Slayer (or Kimetsu No Yaiba) exploded into popularity in 2019 thanks to Ufotable’s fantastic anime adaptation of the best-selling and influential manga by Koyoharu Gotoge. Following the tragic story of young Tanjiro whose entire family is slain by a demon, he must rise up to become a worthy demon slayer while trying to find a cure for his demonic sister, Nezuko. The first season of the show and its sequel movie, Mugen Train, also introduced us to colourful side characters and villains. The latest video game adaptation Demon Slayer: The Hinokami Chronicles from CyberConnect2 is a retelling of that familiar story while honing in on the developer’s strengths, making for a surprisingly fun fighting game. 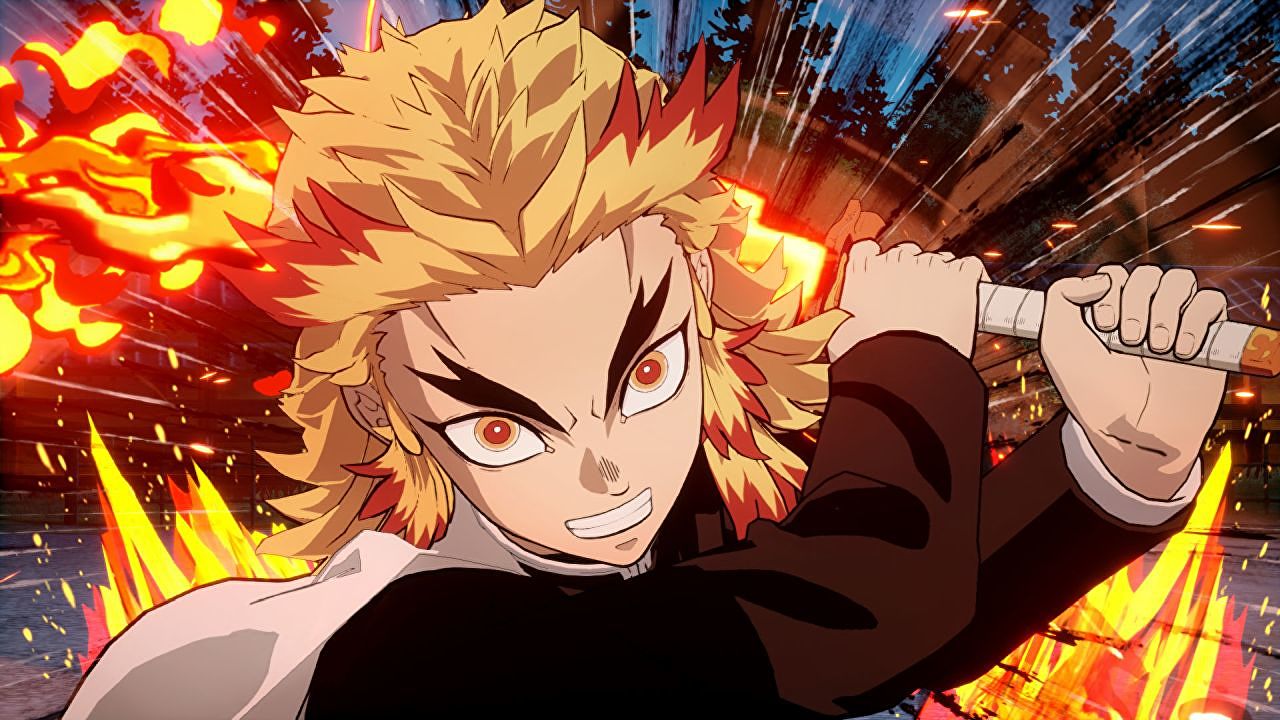 Demon Slayer: The Hinokami Chronicles retells the same origins story of the anime, taking us through several of the same events and encounters. This is told through the Story Mode over eight chapters, which condenses all major arcs up until Mugen Train. Over the course of Tanjiro’s adventures, you’ll play as many fan-favourite characters including Zenitsu, Inosuke, Nezuko, and even the likeable Hashira, Rengoku.

Ultimately, you’ll be hunting down each major demon “boss” of the chapter, resulting in a final boss battle in between random encounters with lesser demons.

Each chapter offers players either semi-open worlds or linear levels to explore, though more often than not, you’re simply guided to your next objective via a Witcher sense-like mechanic. Ultimately, you’ll be hunting down each major demon “boss” of the chapter, resulting in a final boss battle in between random encounters with lesser demons. CyberConnect2 tried to do something new with this Story Mode, attempting to separate it from their previous Naruto Ultimate Ninja Storm games. In some cases, it’s fun to explore familiar locations from the anime and see them beautifully rendered in 3D, but they run out of steam quickly and you’ll end up rushing towards your objectives in the final few chapters. You can prolong your visits by looking for various items scattered around the maps, though they’re meaningless side fluff to pad out the length. 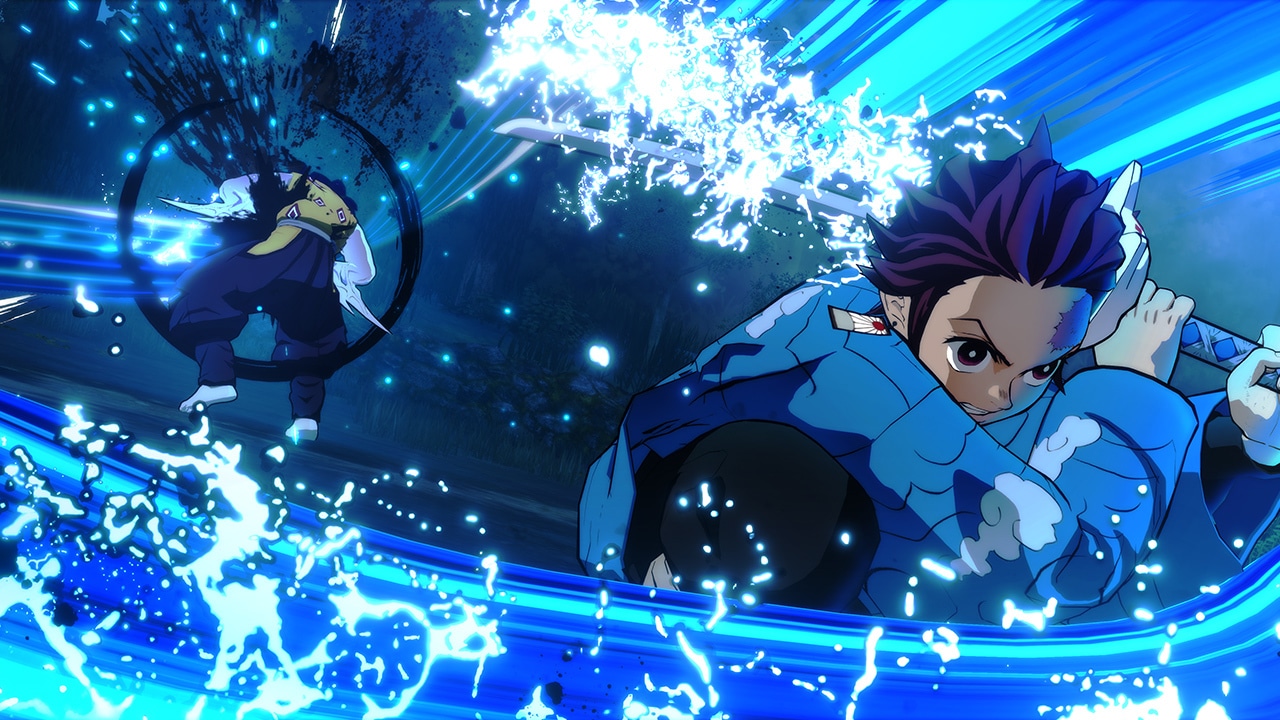 The boss battles are spectacular, though short-lived. You’re often tasked with doing Witcher-styled investigations to find out more information about the upcoming major demon of each chapter, but if you’re already familiar with the anime, you know exactly who you’re about to fight which makes the process of “learning” about these demons a bit tedious in the game. Nonetheless, the boss fights themselves are awesome and inventive, with some really requiring you to be on your feet due to how punishing they can be to careless players. Each boss demon is a major fight lifted from the anime, and it’s great to interact with them (the dodgeball-esque demon Susamaru makes for a particularly fun video game encounter). Unfortunately, every boss fight concludes with a sloppy quick-time event, which is sad because it feels tacked on.

...the boss fights themselves are awesome and inventive...

Story Mode might be fun for newcomers who aren’t familiar with the anime, but the long cutscenes are simply retooled CG cutscenes of the same events, dialogues and characters. Die-hard fans will likely just skip over these cutscenes as they add nothing to the story, but they’re wonderful to look at thanks to terrific cell-shaded animation that’s just as good as the high-quality animation of the show. 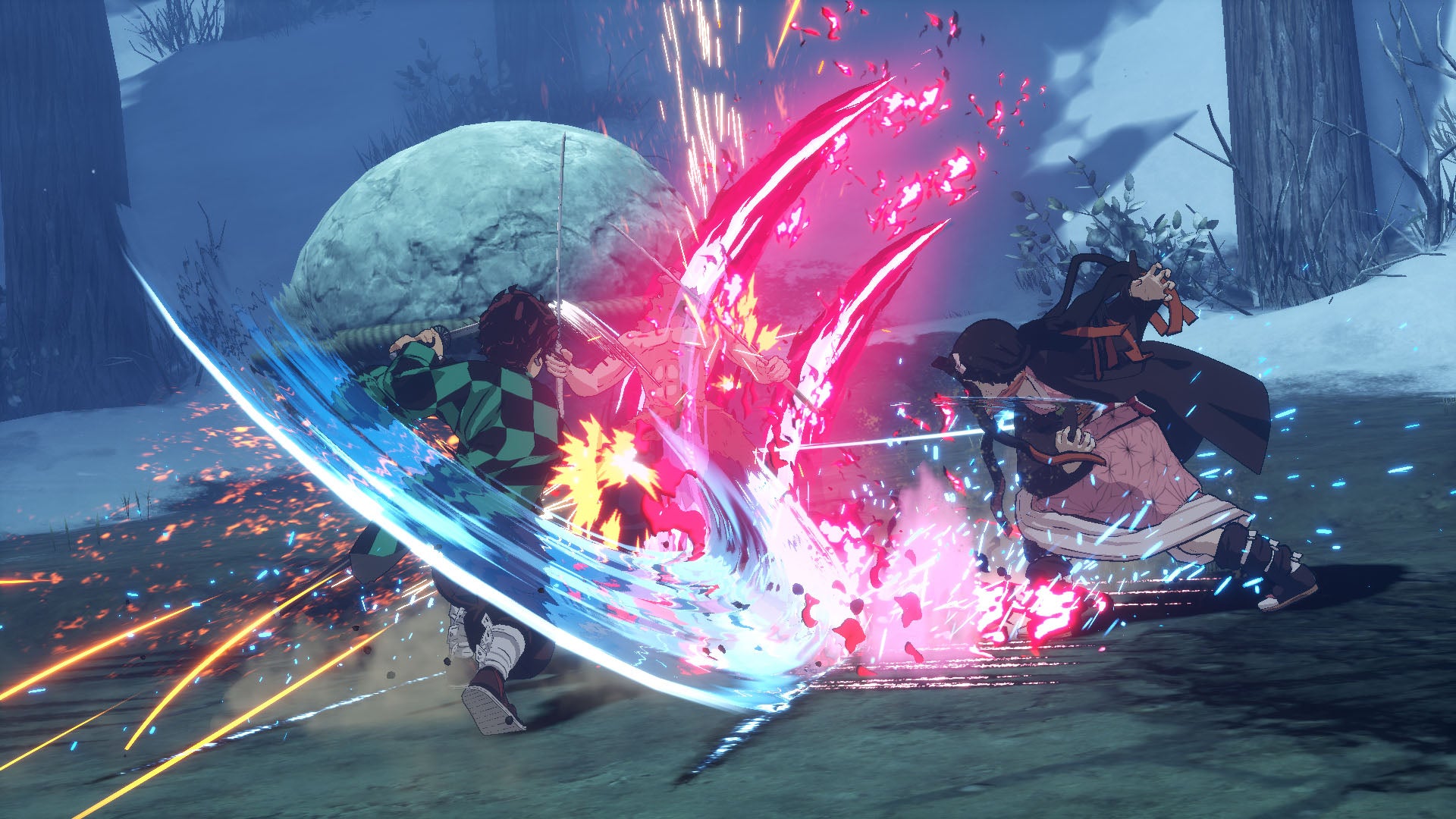 This stunning animation extends to the heart and soul of the game: its combat. CyberConnect2 introduced gamers to stylish, over-the-top combat in their Naruto Ultimate Ninja Storm games, and they’ve somehow one-upped themselves with Demon Slayer: The Hinokami Chronicles. Perhaps it’s down to the anime’s already hyper-stylized presentation, but it looks and feels great to play in a video game format. Combat is fairly simple, allowing for players to choose two characters, one main fighter and one supporting though they can alternate between the two as well with the tap of a button. The learning curve is surprisingly simple, and you’ll be able to master it in a matter of minutes. It’s far more accessible than Ultimate Ninja Storm, yet also better animated and incredibly stylish to behold.

Finishers are called Ultimate Arts, and these are among some of the most insane and flashy finishing moves that I’ve ever seen in an anime video game.

Your basic attacks include light and heavy combos that can be linked together for stylish and devastating strings, with each character bringing their own unique abilities and personalities into the fights. For example, Zenitsu’s timid fighting style is balanced with his explosive and fast lightning-based moves, while Rengoku dishes out fiery bursts of hard-hitting combos. Finishers are called Ultimate Arts, and these are among some of the most insane and flashy finishing moves that I’ve ever seen in an anime video game. It’s all beautifully animated and over-the-top, and naturally quite fitting for the bombastic style of the show. 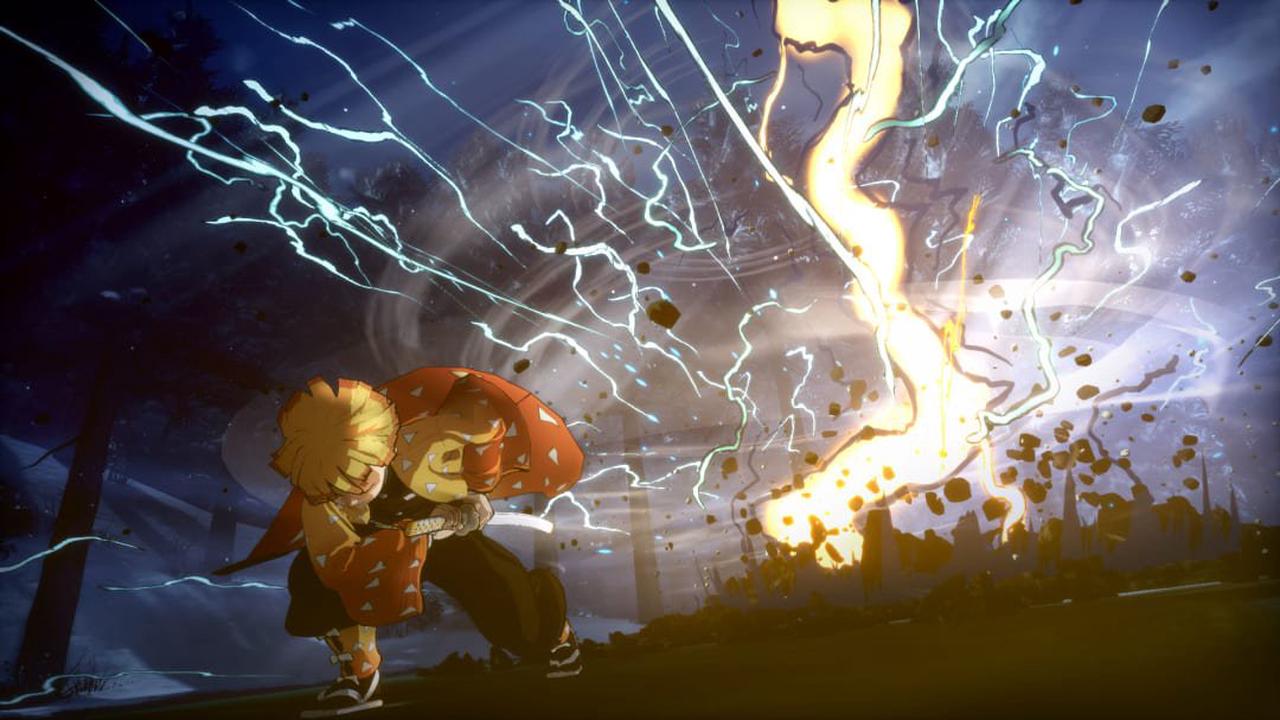 Despite Demon Slayer: The Hinokami Chronicles offering a very stylish and fun time, there’s simply a lack of content here that makes it difficult to recommend at full price. There are only 18 characters to choose from, with a third of them being reskinned or alternatives to already existing fighters. Additionally, none of the demon villains are playable characters, which is a bit of a missed opportunity as they easily could’ve filled out a larger roster.

Outside of the short Story Mode (which lasts for around 3-4 hours at most), you’ve got your basic Versus modes, Training, and Rewards that are unlocked by earning Kimetsu Points either through the story or online matches. It’s a painful grind as most items (like alternative outfits or stages) cost way too many Kimetsu Points, meaning the only way to farm them is to duke it out against players online or through replaying the story to achieve the highest rankings. 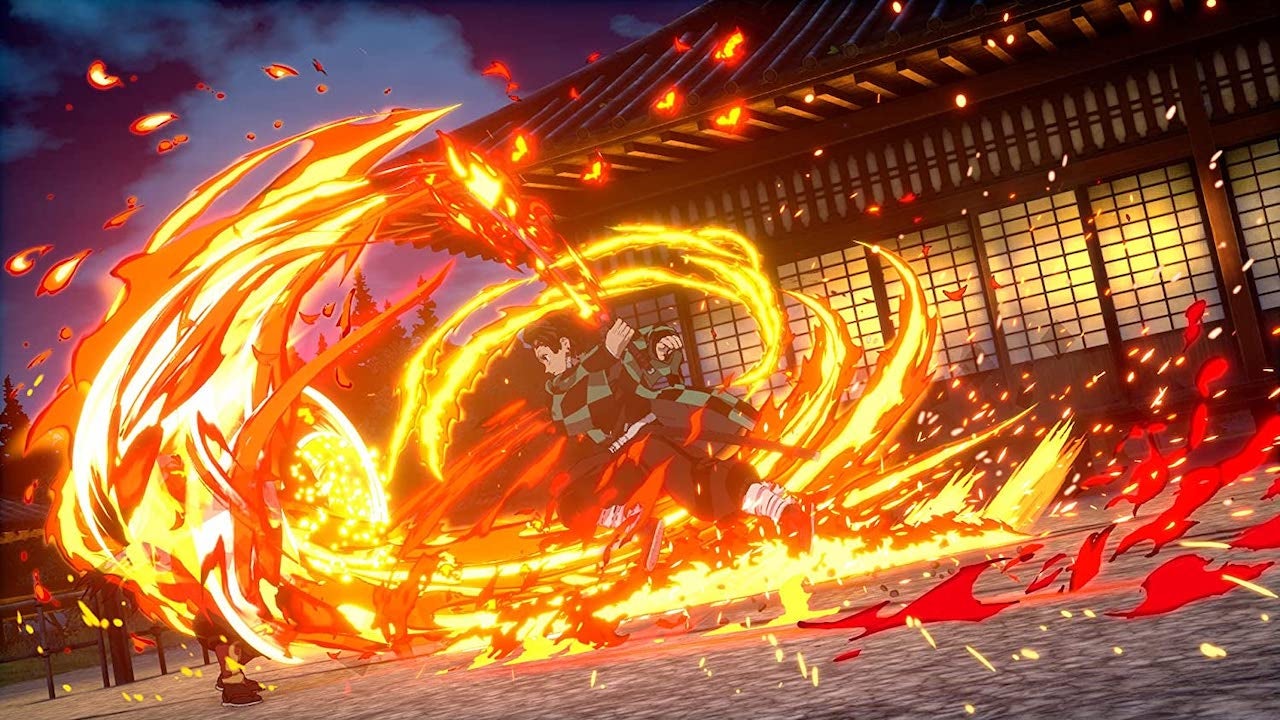 On a technical front, Demon Slayer: The Hinokami Chronicles is polished and runs fantastic on PS5. I didn’t encounter any framerate issues or major bugs, with only one during a battle that caused the demon to freeze in place. Apart from that, CyberConnect2 made a technically sound and impressive-looking fighter that feels like a next-gen step-up for the Naruto Ultimate Ninja Storm games. The voice acting work across the board is fantastic, with the whole cast (both Japanese and English dub) returning. The soundtrack is mainly lifted from the anime and reused in the game, but why not use a perfectly great score?

Demon Slayer: The Hinokami Chronicles is a good spiritual successor to CyberConnect2’s addictive Naruto Ultimate Ninja Storm games, retaining many of the same strengths as that series. Fun, flashy and over-the-top combat is the big selling point here, and when paired with Demon Slayer‘s vibrant roster of characters and their insane move sets, makes for some short-lived fun. Unfortunately, there’s just not enough content here to justify a full price. The roster is limited and the Story Mode can be completed in one sitting. However, if you manage to grab it on sale or just want to fill the void of the Ultimate Ninja Storm games, you probably shouldn’t miss out on this hyper-stylish fighter.

Blaze
@Llama_Duck Only managed to review this on PS5 but would've loved to see how it ran on PS4 as well. I've also heard mixed things about PS4 performance (framerate issues are numerous), though I'd highly recommend playing it on PS5 if you can regardless.

Llama_Duck
Getting the feeling like with the Naruto Ninja Storm games. 1st one, first attempt was good but lacking and look what we ended up with in number NARUTO SHIPPUDEN: Ultimate Ninja STORM 4 + Boruto DLC

I'm hearing some of rumblings about the game on Ps4 of lag and performance. Still looking forward to see what CC2 do with this series going forward 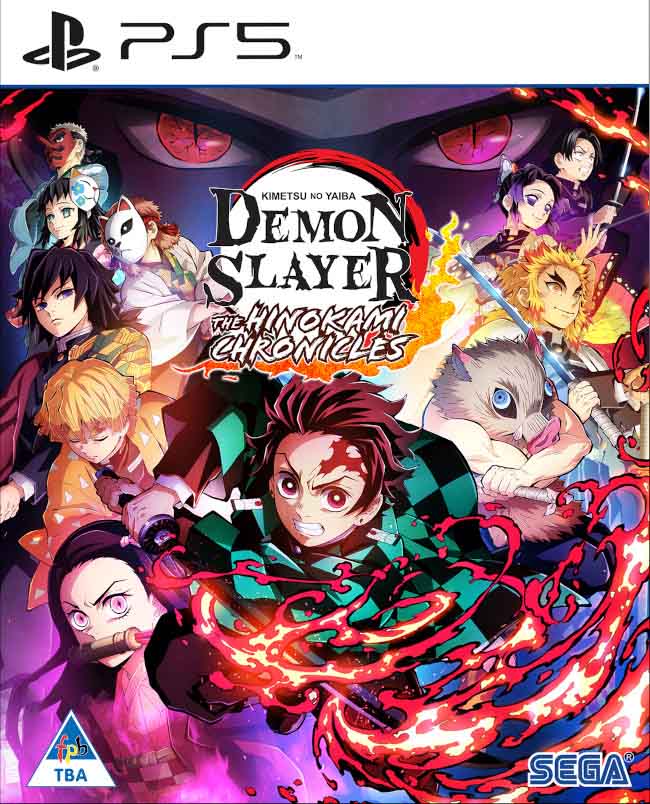