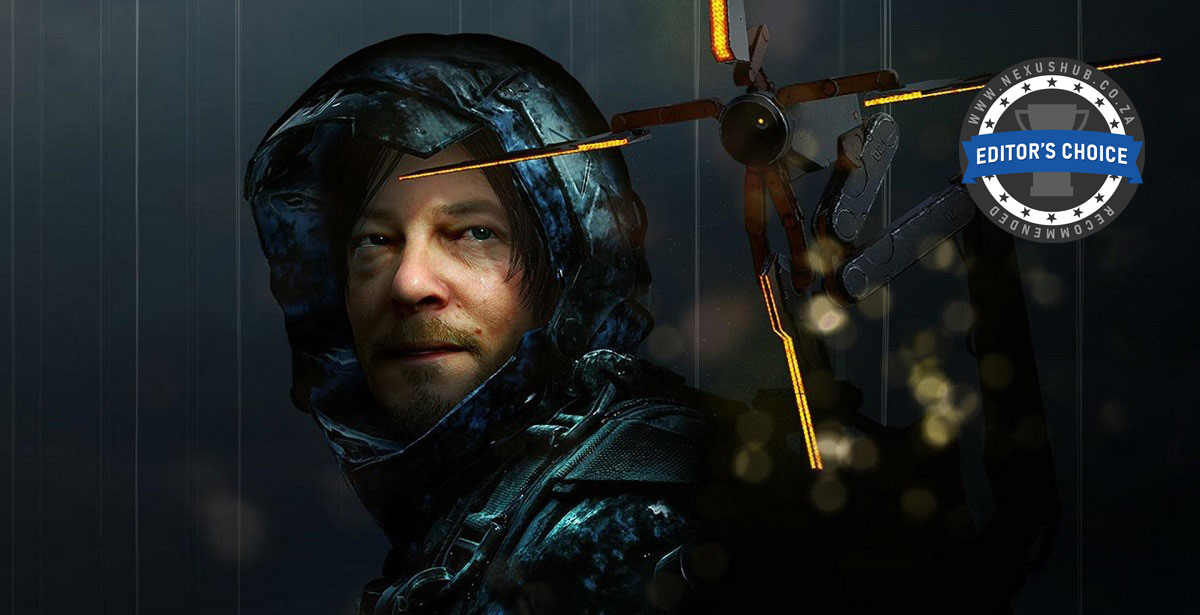 Death Stranding is everything you hoped and feared it would be. Metal Gear Solid creator Hideo Kojima’s ambitious and unapologetically bizarre new project simply oozes with originality, bold storytelling, and an unwavering ability to keep you engaged - even when the game often grinds to a crawl, and lets you soak in a stunning world harbouring wonder, mystery and death over every rain-soaked hill and mountain. Death Stranding delivers moments of visual splendor and exploration, and unrelenting terror with equal, impactful resilience. Kojima Productions have crafted an incredibly unique experience in gaming, but also one sure to be met with some furrowed brows. 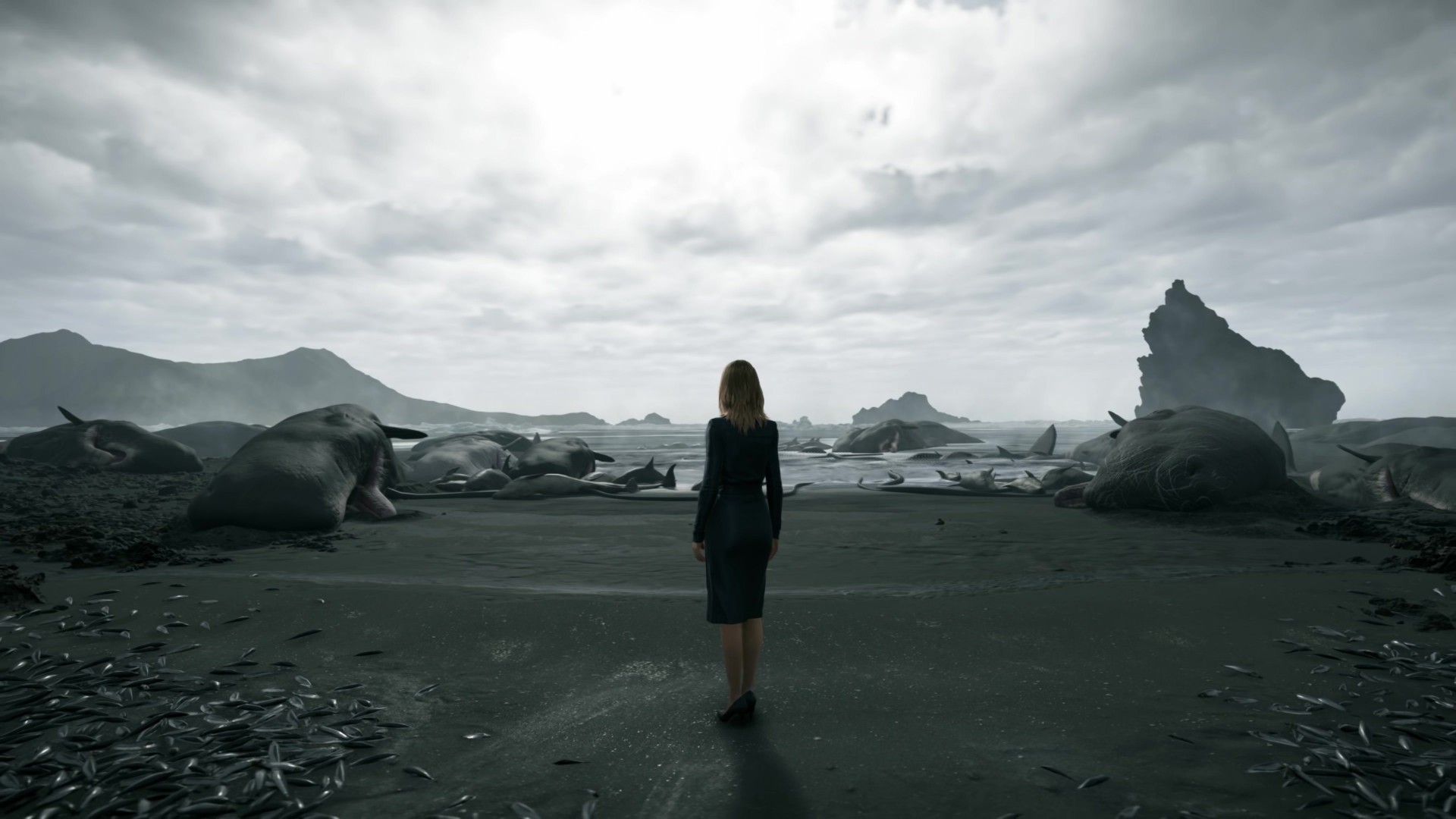 Set in a post-apocalyptic dystopia, in a world where humanity is on the verge of extinction following a cataclysmic supernatural event called the Death Stranding, the game follows a courier named Sam Porter Bridges who is tasked with reconnecting a fractured and divided America under the new UCA, or United Cities of America. That’s just the surface explanation of the story, and as with all Kojima games, explores more elaborate themes surrounding existentialism, morality, family, and a heavy emphasis on connecting society. That last bit is important, as it becomes the driving force behind most of your exploration and gameplay.

Mads Mikkelsen’s Cliff is an intimidating and sympathetic antagonist, along with Troy Baker’s Higgs who clearly has a lot of fun chewing up every scene he’s in.

Kojima has assembled a team of confident actors and celebrities to portray Death Stranding’s various complex characters. Norman Reedus is a stoic lead in Sam Porter Bridges, mostly driven by personal connections and reasons that detach his goals from the greater mission at hand, which initially makes it difficult to latch onto his character. Thankfully, the supporting cast do an absolutely fantastic job at keeping Death Stranding’s narrative and high stakes afloat. Mads Mikkelsen’s Cliff is an intimidating and sympathetic antagonist, along with Troy Baker’s Higgs who clearly has a lot of fun chewing up every scene he’s in. However, the roles of the hero and villain aren’t always as black and white as they appear, which is where Death Stranding gets to toy with concepts and introspective character studies that seem to conflict with its blockbuster presentation. Eventually, they work in tandem to strike a fine balance between high art and bombastic, but creatively constructed, action set pieces. 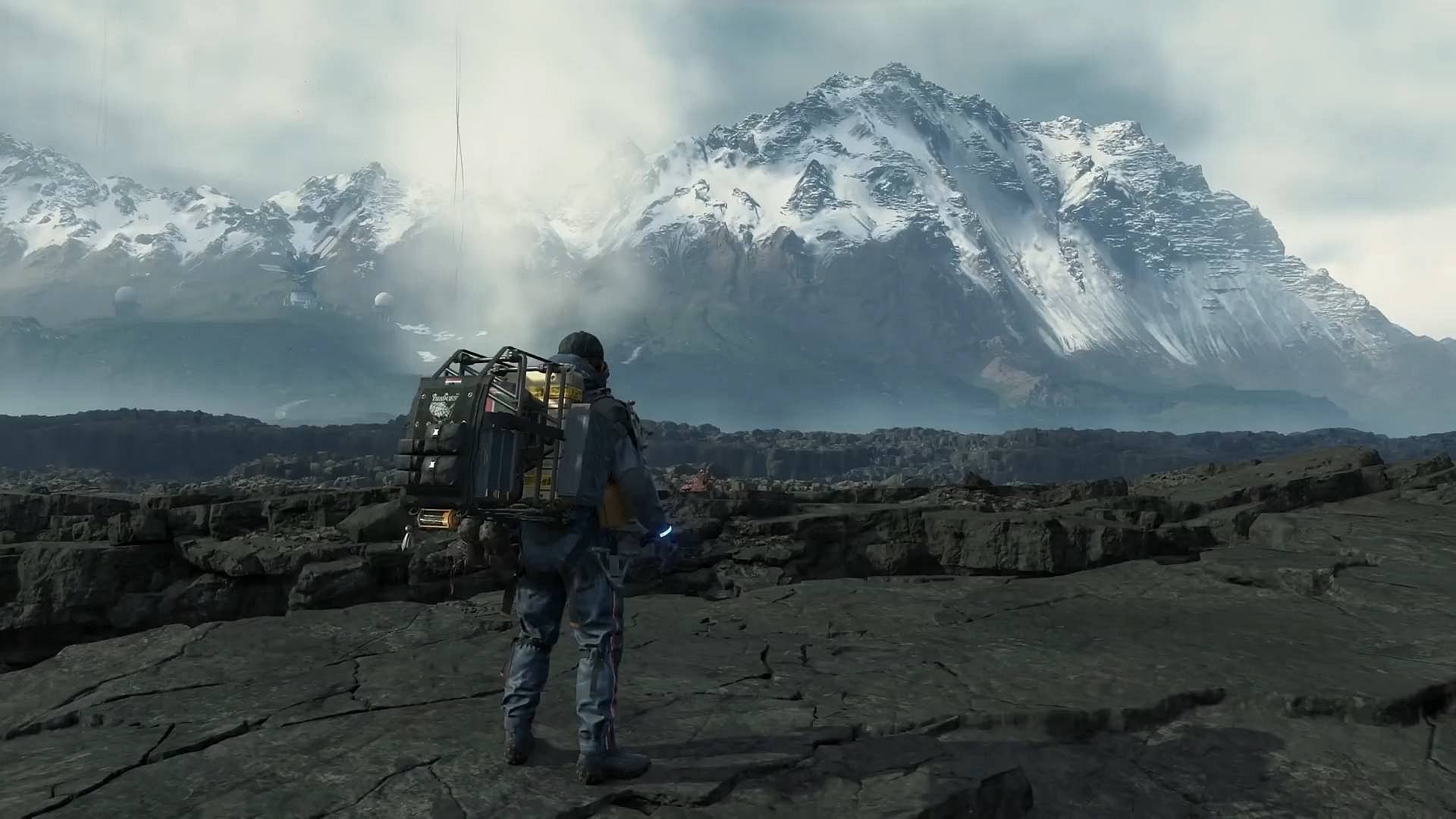 The campaign and gameplay loop is a carefully curated pace of delivery quests undertaken across the behemoth continental map of America. Inventory management becomes a key feature of the gameplay, as Sam can only carry a certain amount of cargo weight, making traversal a matter of quite literally keeping your balance and footing. Cargo can’t exceed a certain weight limit either, so you’ll have to rely on alternative modes of transportation. You’re thankfully given a few options for traversal. Vehicles ranging from trucks and bikes speeds up the journey, though exo-skeleton legs enhance your ability to carry cargo over the weight limit while making treks through harsher terrains less of a hassle. Death Stranding is not a walking simulator, though you’ll still be doing a lot of walking in the process. It’s the encounters that happen in between that escalates gameplay dramatically.

Death Stranding is not a walking simulator, though you’ll still be doing a lot of walking in the process.

Death Stranding’s social aspects are wonderfully realized within the open world. If you leave items in your world, such as a ladder, other players in their worlds could find that ladder in the same location and interact with it. You can also leave a "like" as a token of appreciation for their kindness. This is a fantastic way to encourage others to leave a helping hand, whether it's intentional or not. It's oddly rewarding, but further emphasizes Kojima's notion of unity and working together to rebuild society - a fourth-wall breaking nuance, but a welcomed one for the positive message reinforced by these friendly mechanics and indirect interactions. 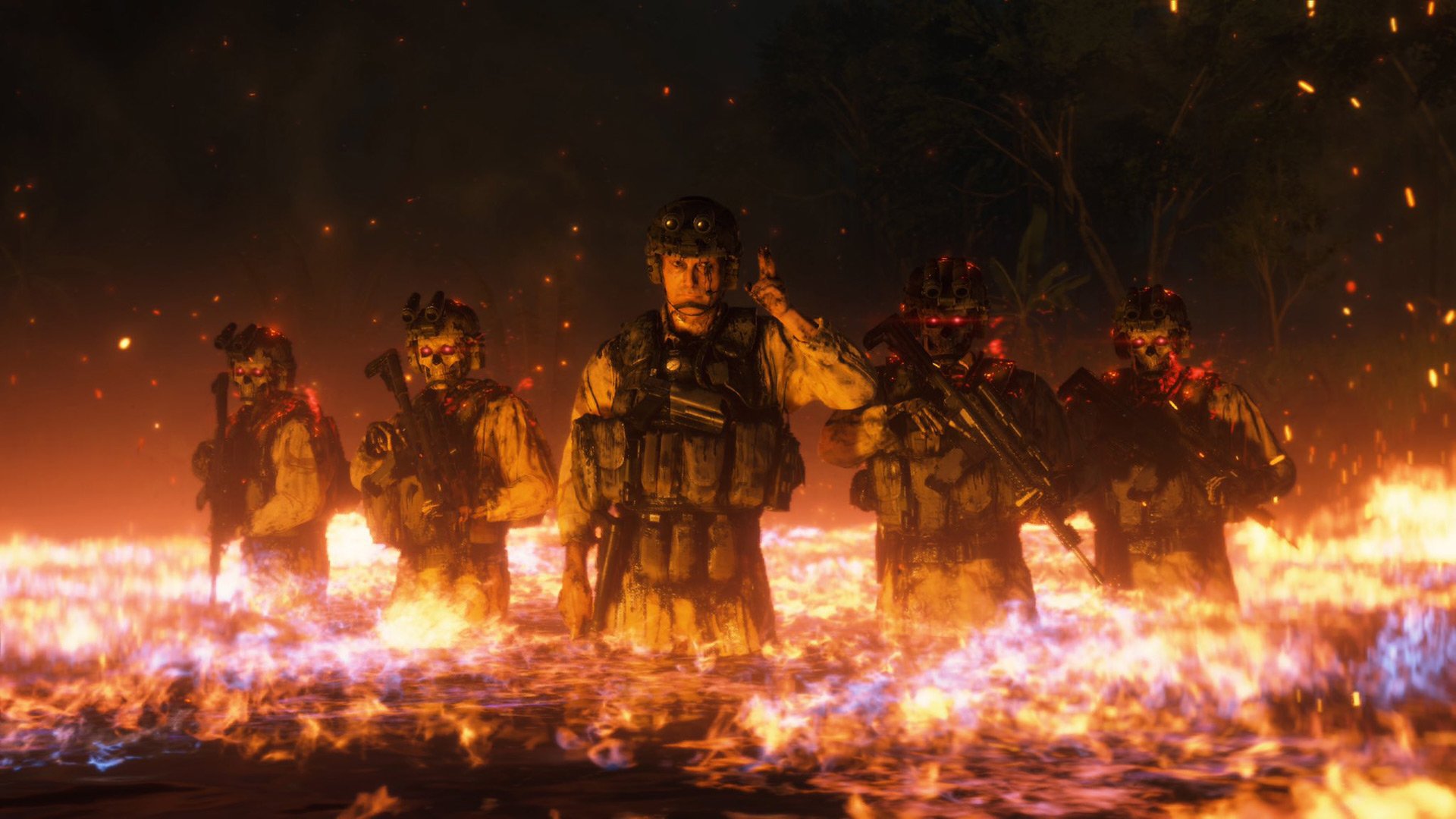 You'll frequently run into storms in the open world called timefall that rapidly ages any human the rain comes in direct contact with, including accelerating the growth of all fauna that it touches - impressively, this is all done in-game in real time too. These strange weather patterns have a diabolical twist: invisible creatures called BTs travel with them. Sam’s primary tool for navigating these creatures is BB, an engineered baby in a jar that has the sixth sense of detecting them using a handy mechanical arm/blinker. These sections typically involve plenty of stealth, as you crouch your way through fields of BTs while holding your breath and hoping one doesn’t alert the swarm to your location. No matter how many times I ran into timefall storms, I was absolutely enthralled and kept on the edge of my seat. Naturally, the encounters escalate in challenge, introducing a multitude of enemy variations that spiral into epic, nail-biting battles for survival.

While out in the open world, you'll occasionally stumble across enemy camps, and this is where a majority of combat comes into play. You'll have the option for dealing with human enemy types by the non-lethal or lethal approach. The tools on offer for pacifists include stun grenades, ropes, and non-lethal weapons for paralyzing enemies. This carries over to encounters with BTs, as you can opt not to engage them in direct combat through similar subduing weapons using Sam's blood (or excrement). Since his blood possesses special properties, they're able to be injected into grenades, bullets, and more, giving players an advantageous chance in combat during some of the larger enemy encounters. Sadly, these action segments are few and far between as you can mostly breeze through the campaign without hurting a soul. Third-person shooting feels great, though not to the refinement of Metal Gear Solid V: The Phantom Pain.

No matter how many times I ran into timefall storms, I was absolutely enthralled and kept on the edge of my seat.

Death Stranding constantly evolves its gameplay in weird and ingenious ways that kept the simple task of delivering packages always fresh and potentially exciting. Yet, through all the chaotic horror elements that surrounded the antagonistic supernatural forces, I found traversing the open world to be quite relaxing and almost therapeutic. There’s some frustration to be had in certain mission designs, especially ones revolving around a timer or severe restrictions for not damaging cargo, but they can be overlooked when you play Death Stranding by its pace and rules. Simply soaking in the gorgeous environment while travelling with the backdrop of a phenomenal indie/dream-pop soundtrack paints a surreal, dream-like atmosphere - a testament to Kojima’s masterful world-building touch. 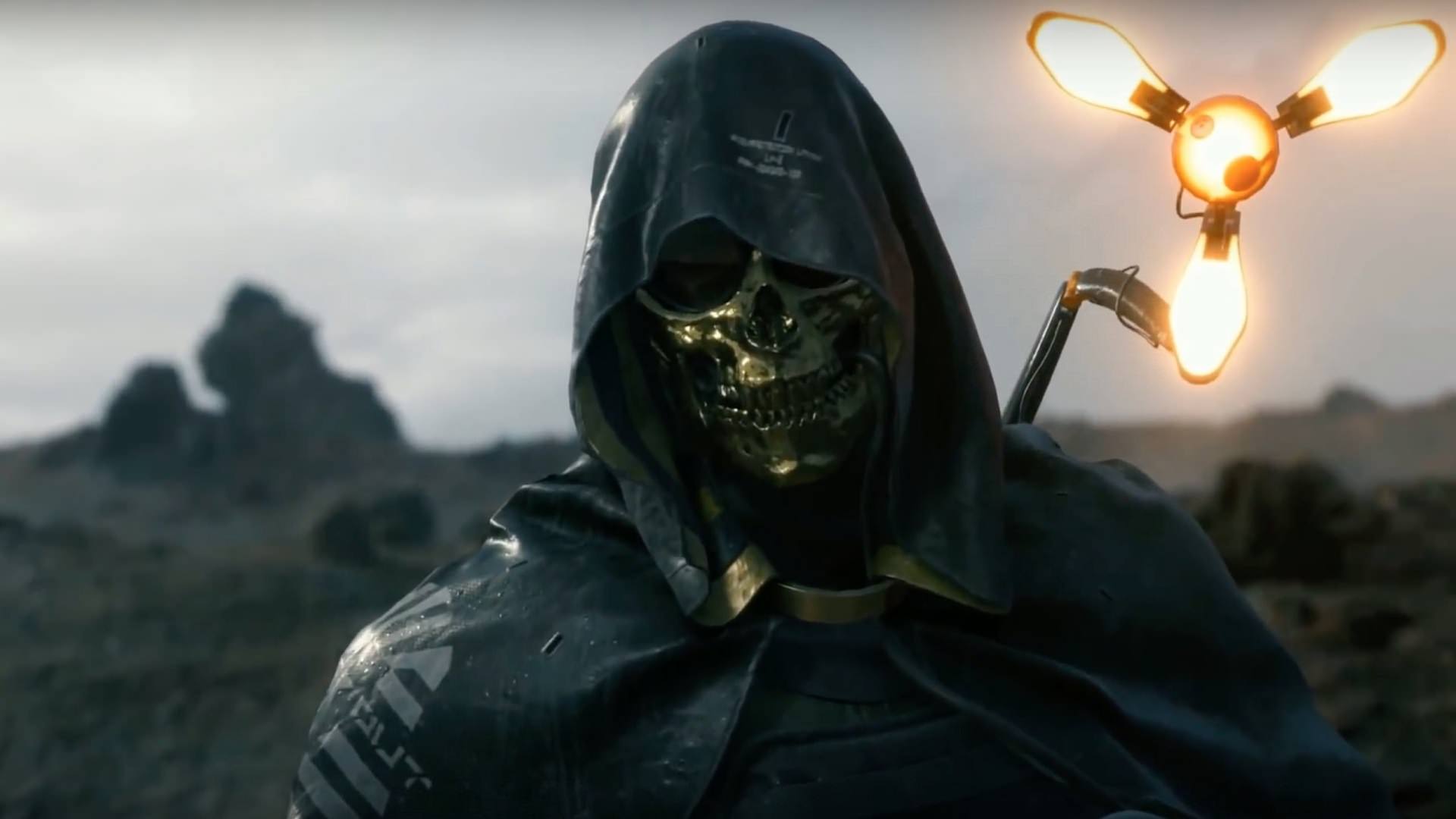 Largely inspired by the ethereal and beautiful scenery of Iceland’s landscape, Death Stranding’s stunning world is truly a sight to behold. Kojima Productions show a mastery of the Decima Engine that pushes the envelope in terrific world design. The atmosphere of your surroundings as you wander the world is unparalleled, with thunder crackling in the skies signalling the arrival of timefall, roaring rivers rushing below, and mountain sides and avalanches crumbling far off in the distance. If you’re looking for a densely populated map, Death Stranding may not offer much, rather echoing the lonely and desolate vistas of Shadow of the Colossus. Personally, I think it's quite breathtaking as the focus then falls on visceral immersion and appreciating the moments rather than arbitrarily padding the world with repetitious activities. I do see this being a divisive factor for many, though.

Kojima’s trademark strangeness is embedded deep within Death Stranding’s core, though, and those familiar with the unexpected storytelling that Metal Gear Solid boasts might find a jarring experience awaiting. While the social-political commentary that the trailers seemed to push isn’t always at the forefront of the game, there are other factors that the uninitiated might find outlandish, from the high concepts and themes to the almost overbearing manner in which exposition is delivered. It’s a lot to take in from a storytelling perspective; a point where Death Stranding risks alienating audiences to its unconventional, but undoubtedly unique, execution. The game’s narrative and stylistic choices are truly a breath of fresh air in an industry too afraid to be daring, but in being the daring type, it finds itself in a rather unusual position in this gaming landscape. 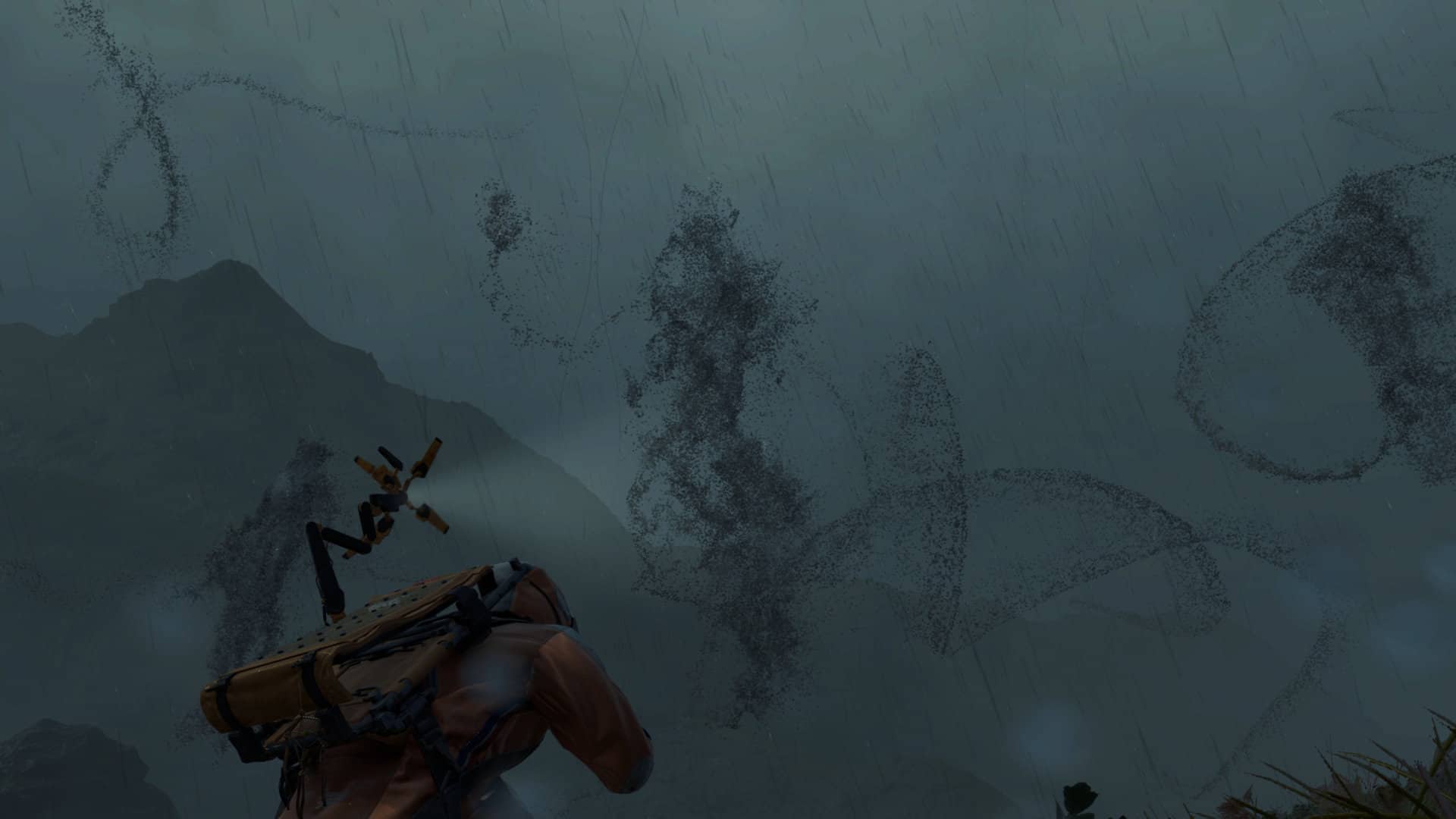 Death Stranding still triumphs as a remarkably artful, thoughtful expression that takes bold leaps where few games rarely go. The journey is far more rewarding (and often less confusing) than the destination, but what a mesmerizing journey it is. It left me feeling hysterical, emotionally fulfilled, thrilled, and baffled all at once. It's hard to pin down exactly what made the game work in my mind, but a masterful presentation, stunning open world, and captivating characters contribute to one of this generation’s most unforgettable games, for better or worse. As of writing, I'm still processing it, still wanting to talk to as many people as I can about it, and still doing mental gymnastics over its greater themes and philosophies. Either way you spin it, Death Stranding is going to be a game that will be talked about for decades to come. Maybe that’s exactly what Kojima wants.

Controls sometimes work against you

Coffeboy
awesome review guys, i am not sure this game is for me though, looked at some game play and it looks i don`t know , not for me.

I hope the game provides a great experience. It really is unlike anything out there.

Fire Crotch
Okay confession time. I've never played a Kojima game before but hot damn if this review doesn't make me want to make this the first!

VGODLIKE
My Hands on it lol

VGODLIKE
Awesome Review Sam...….hyped me up even more and can't wait to get my hand it.
Man this is going to be an epic journey

Rob_Osiris
Really need to play this. I cannot wait

Lois
Okay hot damn this has made me HYPED. I feel like this is the game I buy, shut my door to the outside world and get lost in for 3 days.

Blaze
@Tebulot It's frustrating as I tried to circle around some gameplay features that could very much be considered a spoiler, though I will clarify some things in an update later today

Thanks for bringing it up!

Tebulot
Can't find the info I'm looking for in the review... What's the core gameplay? Third person shooter? Stealth?
What is the closest game to this, gameplay wise? I have been avoiding information on the game for a reason... 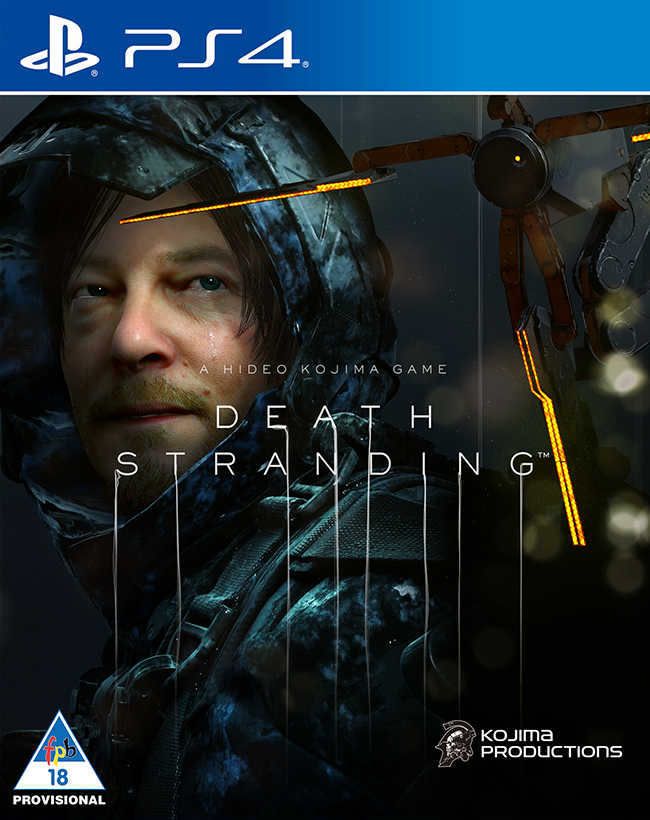