Aren't you a handsome boy? 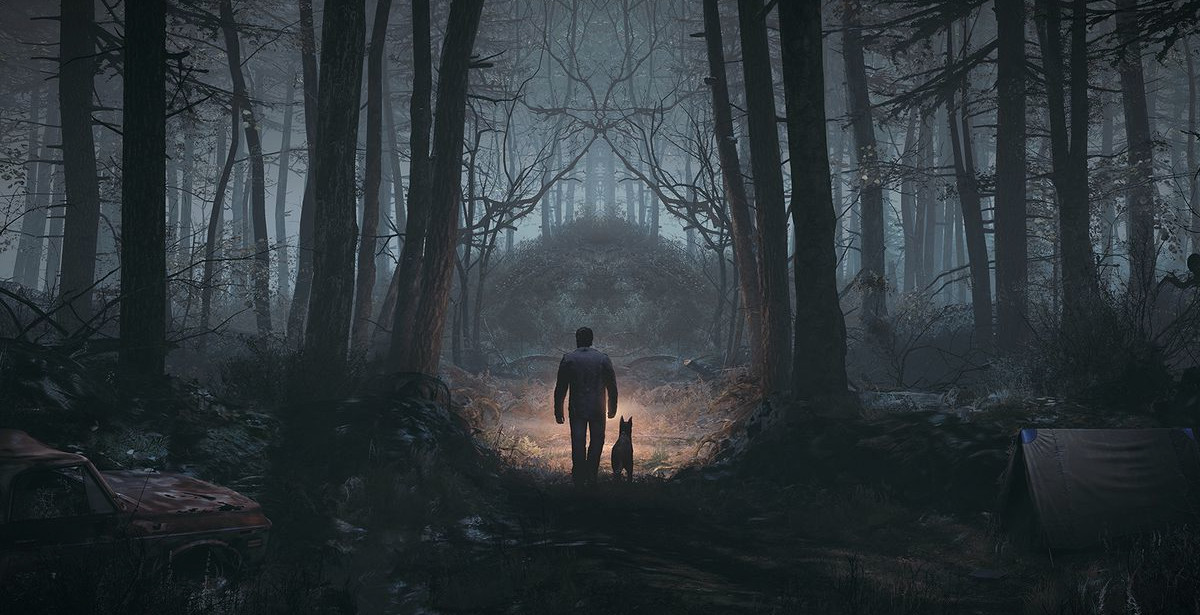 Blair Witch is another first-person, narrative-driven horror game from Bloober Team (of Layers of Fear and Observer fame), developed in collaboration with Liongate Games. As a result, the game incorporates the lore, locations, and events of the Blair Witch film, but is ultimately more interested in delving into the troubled past of the protagonist Ellis, a former-cop and former-marine, who clearly had a rough time in both professions. It also has Bullet, his service dog companion, which all but ensures +1 to the score.

Events start off as you’d expect in any Blair Witch-inspired game - a child has gone missing in the Burkittsville Forest. Ellis arrives too late to join the search parties, finds an empty parking area, grabs a two-way radio, and sets off into the seemingly-peaceful forest with Bullet by his side. Despite the bright, early morning start, Blair Witch is not a game for subtlety. Within the opening 15 minutes, you’ll learn that Ellis has a personal reason for joining the search, mental health problems, and a dysfunctional relationship. Things go awry quickly, darkness falls, and you’re immediately left wondering if this game has anything to do with the supernatural, if it’s all taking place in Ellis’ fracturing mind, or a bit of both. 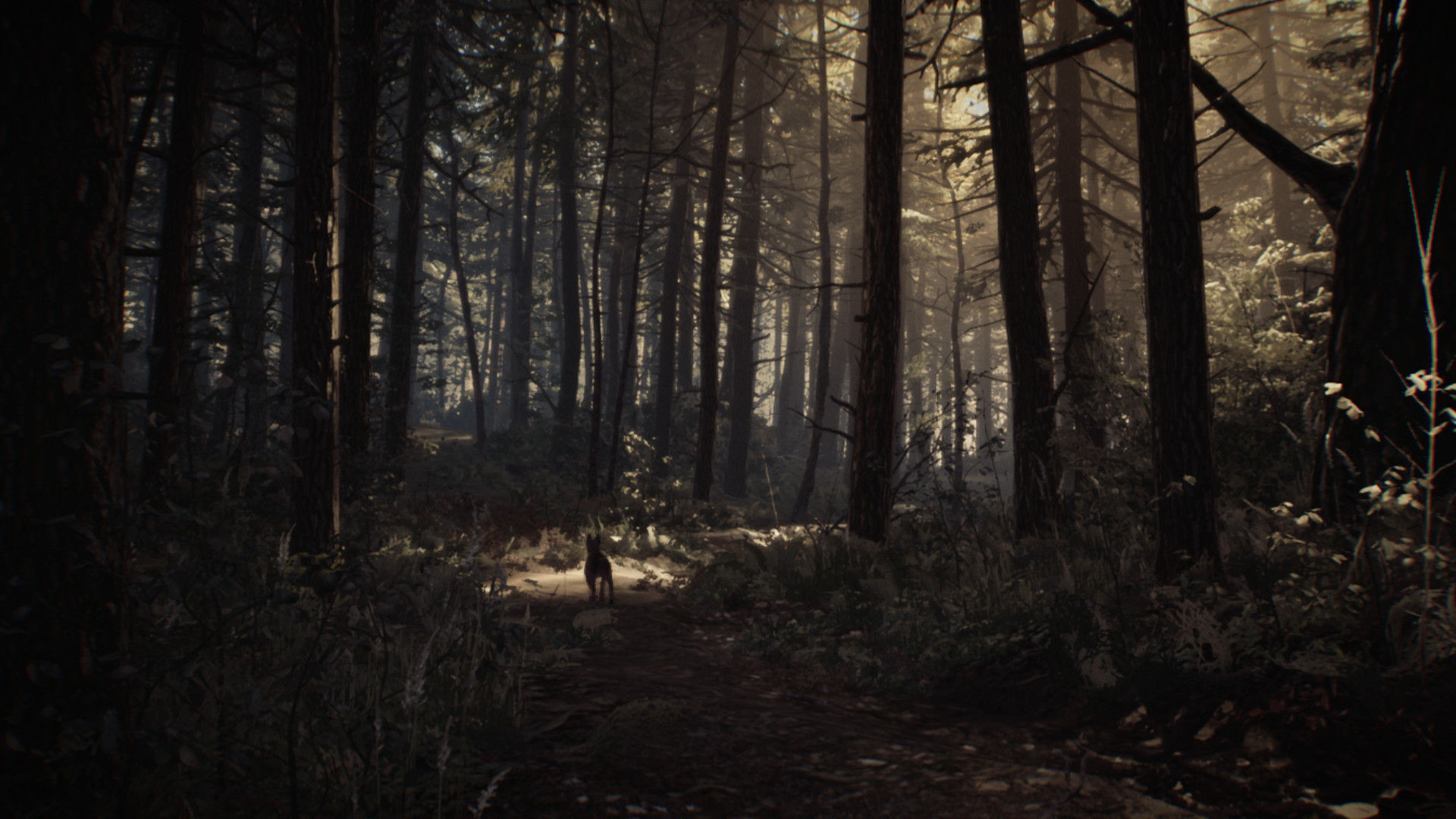 Blair Witch can look great at times, and the forest feels surprisingly serene during the daytime hours.

Blair Witch is more involved than many narrative-driven horror games, though you’ll still spend a good amount of time exploring the environment, looking for clues, or being funnelled into a scripted sequence. At almost any point in the game, you have access to several contextual actions that’ll help you navigate or solve simple puzzles. The first - and most enjoyable - is the ability to command Bullet. He can seek out objects in the environment, track a scent using clues you’ve found, bark in the direction of enemies, stay by your side to avoid threats, you could reprimand him if you’re an [censored], and, most importantly, pet him. Ellis also has the ability to sift through his backpack for puzzle items, notes, and dog treats; use a two-way radio to call and respond to other people in range; use his cellphone to make and receive calls from his estranged partner (when there is signal), a torch, and the iconic camcorder.

Blair Witch is more involved than many narrative-driven horror games...

Blair Witch is full of light puzzle elements - such as an extended rail cart trip to collect components and repair a winch in a logging camp - and some require the use of the camcorder. By watching short tapes, you can pause a scene in the past that affects the present - revealing a clue, opening a door, or lighting a fire are a few examples. It also has application during sequences that require you to follow a hidden trail while avoiding invisible foes. There are a few more active combat sequences, which involve observing Bullet and driving off invisible creatures with your torch, but Blair Witch is no Outlast clone; enemies only appear in scripted moments and don’t harass you continuously during exploration or puzzle-solving sequences. 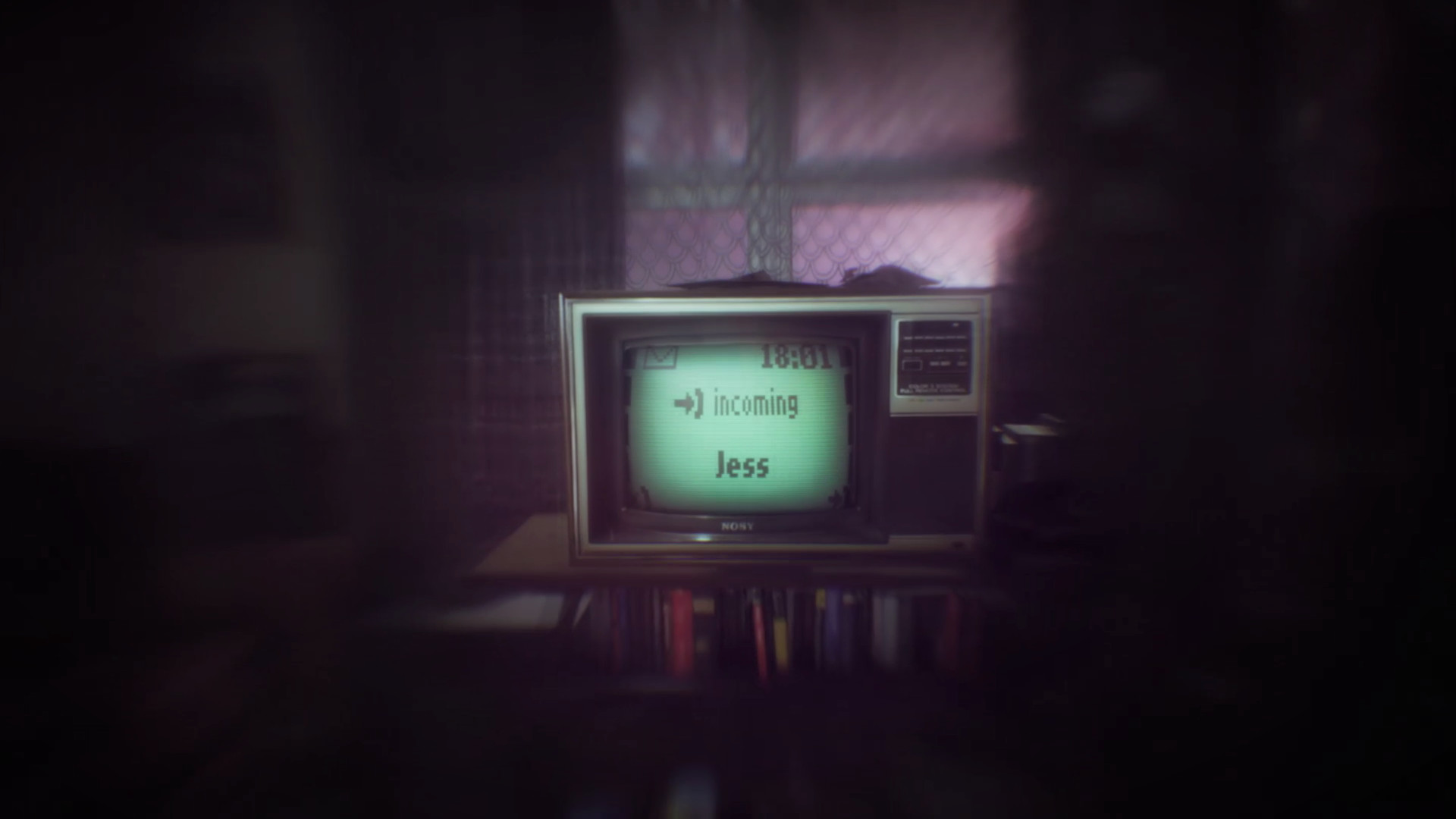 Things are not right in Ellis' head. It's up to the player to decide if there's anything paranormal going on or if Ellis is just losing his grip on reality.

Despite taking you to several locations featured in the film - from the burnt tree to the iconic cabin - Blair Witch remains focused on Ellis’ story, with flashbacks and scripted sequences that draw on his own twisted memories. Things pick up in the final chapters, delving deeper into the Blair Witch legend and the disappearance of the boy, but they feel like an afterthought for much of the game. Personally, I prefer this focus on the protagonist and his past, as it leaves the final hour or two open to interpretation.

Blair Witch remains focused on Ellis’ story, with flashbacks and scripted sequences that draw on his own twisted memories.

My biggest issue with the gameplay (and consider this a light spoiler) is the choice-based ending structure. Both Ellis and Bullet have good or bad outcomes. For Bullet, the right choices are obvious (and if you get his bad ending, what the hell is wrong with you?). For Ellis, you’re set up to fail on your first run. With a complete playthrough taking only 5-6 hours, and a second run probably half of that, it’s not undoable, but the hints you need involve solving a puzzle, with an item you find and keep in your inventory when starting a new game. Hell, as soon as you interact with some objects - objects you can’t even make out until you’ve picked it up - there’s no backing out of actions that’ll negate the good ending path. For those who only play through a game once, keep a guide on hand if you want a more satisfying conclusion. 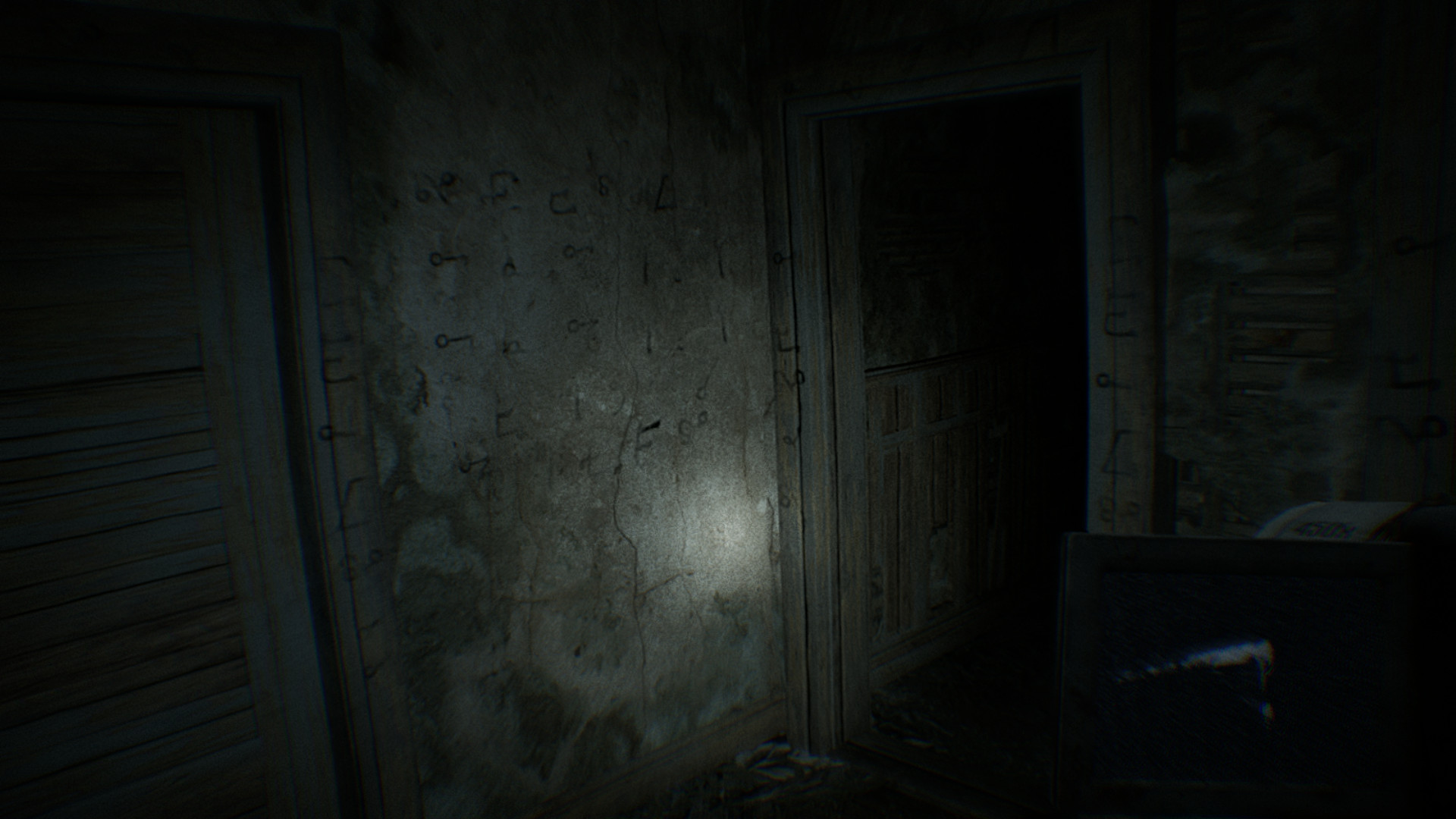 Of course, you'll eventually end up in the infamous cabin with a camcorder.


One aspect of the game that stays true to other Blair Witch media is the atmospheric presentation. I played Blair Witch on both PC and Xbox One, and despite the lower resolution on the console (which doesn’t gel well with some effects), the forest is still incredibly lifelike; serene by day and hostile by night. Using their tech from prior games, the environments periodically shift, stitching together different areas as you explore. It’s great for ramping up tension, looping you back into danger, but also ensures you don’t get lost in some of the open areas by subtly shifting you back onto the right path. It’s not seamless, but you’ll rarely it when during nighttime sections and only spot a subtle shift when it's bright. A big part of the atmosphere is the excellent binaural audio (play this game with headphones), creepy ambient sounds, voice acting, and infrequent but expertly timed music. All that said, performance is not great on either platform, with odd hitches and stutters, even during cinematics. It has little impact given the nature of the gameplay, but it is noticeable.

Overall, I sunk an enjoyable six hours into my first run of Blair Witch, both surprised and relieved it didn’t resort to a never-ending string of jump scares for impact. The sights and sounds of the forest keep you unsettled, Ellis’ flashbacks and conversations slowly unravel his past, puzzling and combat is nicely interspersed with exploration, and Bullet is one of my new favourite animal companions in a video game (Aren't you a handsome boy!). My major gripes are the poor performance and realisation that, right at the end of the game, I had set myself up for failure since the beginning. That said, I’ll be back for a second run, aiming for the good ending and looking for an excuse to spend more time with Bullet.

Note: As of the time of publishing this review, you can give Blair Witch a go on PC and Xbox One if you're subscribed to Xbox Game Pass.

Bullet is a good boy