Reborn On The Bayou Resident Evil 7 is a glorious change of pace from the nonsensical, action-packed amalgamations that were Resident Evil 5 and 6. Capcom have shifted from games that blended every element they thought players wanted, to a sequel that defines itself with a new viewpoint, refined mechanics, narrowed focus, and truly terrifying antagonists. Classic survival-horror mechanics return, along with familiar puzzles and set pieces inspired by earlier games in the franchise’s long history. Resident Evil 7 also borrows some design elements from other first-person horror titles including Outlast, Alien Isolation, and even F.E.A.R.. 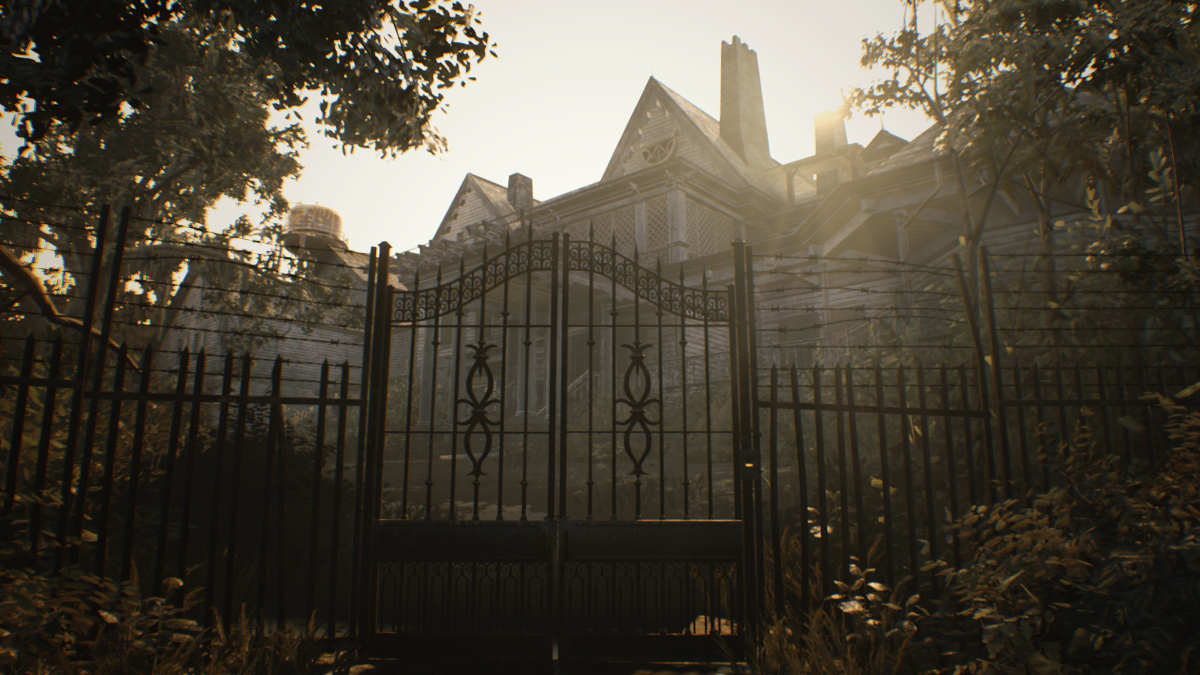 It all starts out looking so peaceful.

Resident Evil 7 places you into the shoes of Ethan, surname and vocation unknown, mercifully without throwing pages of exposition at you in an attempt to immediately link the game to existing lore. Ethan arrives at the Baker farm in search of his wife Mia, long thought dead, and you are immediately thrust into a terrifying first hour that does an excellent job of introducing the family of antagonists, the nature of their infection, and establishes them as an ever-present threat that will pursue you for most of the game.

The plot remains self-contained for two-thirds of the game, maintaining a strong horror feel as you slowly unravel the history of the Baker family, the fate of their victims, and the original source of the infection. Events are easy to follow and old VHS tapes, scattered throughout the environment, provide playable flashback sequences that are both entertaining and enlightening. I have one gripe though — Ethan's rare snippets of dialogue reveal little about him, resulting in a fairly boring protagonist. It may be that his undisclosed past is all part of the mystery, but the best moments in the game are interactions between the members of the Baker family, a very much alive Mia, and the malevolent force that binds them together. 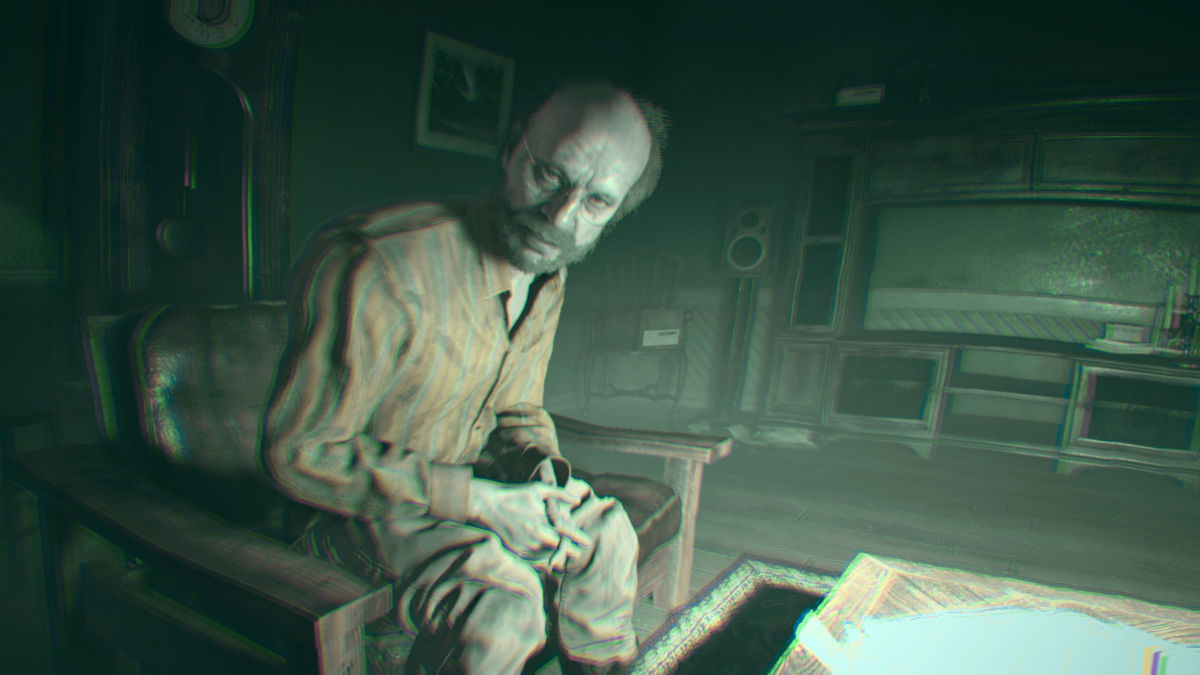 It is only in the final hours that events connect to the established lore and you are forced to make a choice that slightly alters a later encounter and triggers one of two endings. From there, the game funnels you towards a classic Resident Evil climax, with more restrictive environments and frequent plot reveals. Many players will dislike this change of pace, but I found it refreshing and it kept me engaged right to the end of my initial 10-hour playthrough.

While I enjoyed the overall story arc, interactions with the antagonists, and the end-game revelations (including an enigmatic cutscene you receive regardless of choice), Resident Evil stories always thrive when there are other actors operating in the background. Evidence of their passage, a distant sighting, or actual encounters were always highlights, giving the impression you were participating in a more complex chain of events. With one playable character, outside of excellent scripted sequences I won’t spoil, you only encounter these other forces in the final hour. The ending feels quite rushed, leaving two major plot points unresolved, and is followed by a post-credit screen that proudly advertises the upcoming “Not A Hero” DLC. It may be free, but it felt like a distasteful way to conclude the experience and left me worried that the paid-for DLC will be essential to the plot. 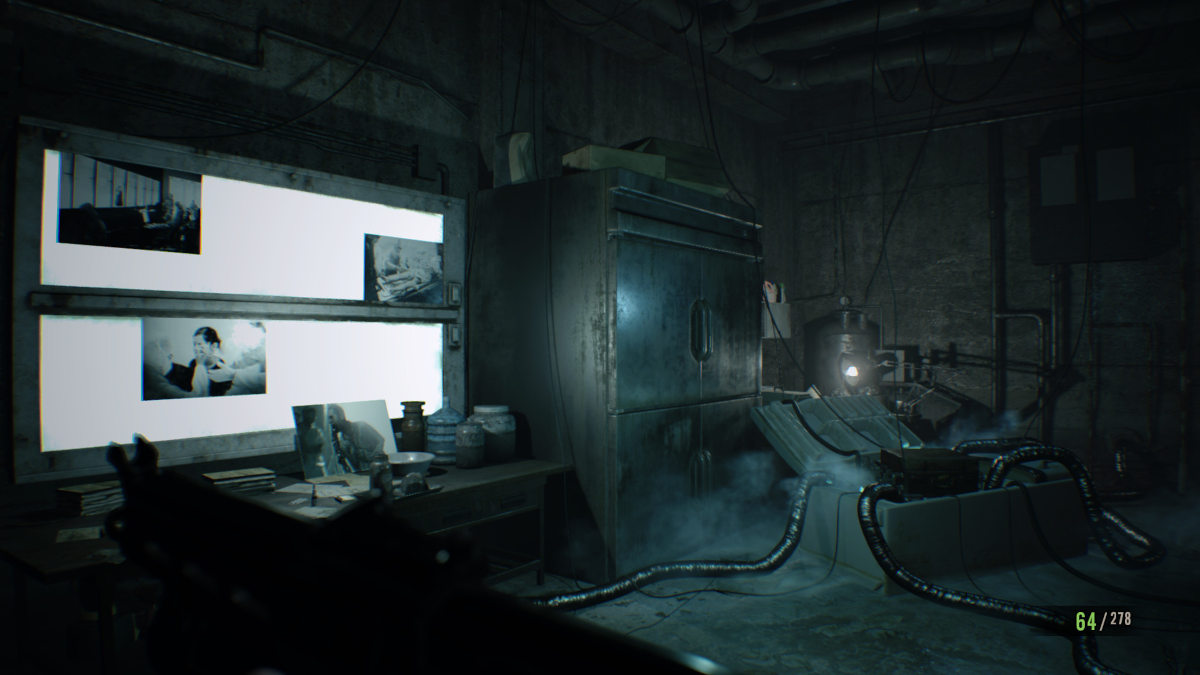 What Resident Evil game would be complete without a visit to a secret underground lab?

Resident Evil 7 does a fine job of merging the new first-person perspective with PS1-era survival-horror mechanics. The eventful opening sequence gets you up to speed with movement, basic puzzles, and a combination of melee, firearm, and quick-time combat. One classic feature you can’t help but notice, aside from the glorious return of Save Rooms and Item Boxes, is the sluggish movement speed. To balance things out, most enemies are equally lethargic in their movement and telegraph their attack patterns. This results in slow yet nerve-wracking combat, a necessity given that auto-aim is a thing of the past.

When the game begins in earnest, after a pleasant dinner with the Bakers, you are given a taste of the stealth mechanics. Stealth is tense, but reasonably forgiving rather than frustrating. Moving slowly and avoiding line-of-sight is vital, and a certain degree of randomness in patrol routes ensures a challenge. When spotted, you can either bolt out of patrol range, into a save room, or open fire. Direct combat is a viable approach on lower difficulties, opening up the area for exploration without constant threat, handled similarly to the Nemesis encounters in Resident Evil 3. However, dispatching a member of the family is only useful in the short term, because certain locations will trigger scripted encounters you can’t avoid. 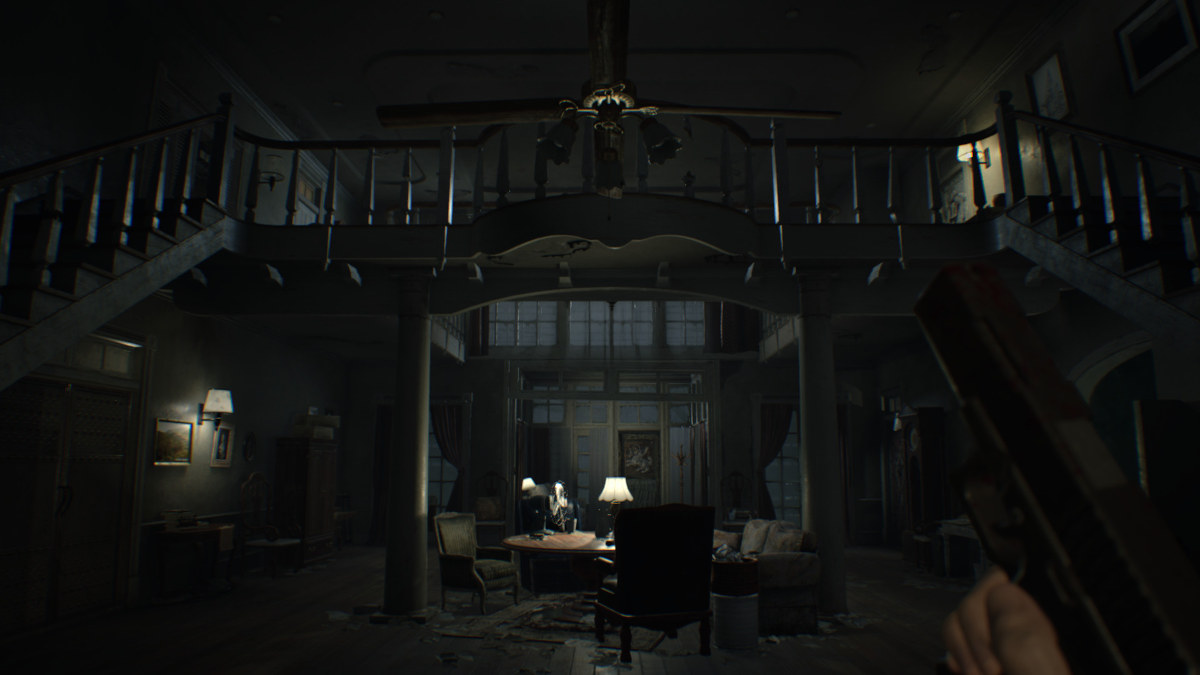 The Baker house is not as grand as the Spencer mansion, but skulking around it is no less terrifying.

Stealth remains the best option when dealing with the family, because depleting your ammunition will leave you vulnerable to the more conventional, zombie-like “Molded”. These oozing, grey-black creatures emerge from infected parts of the environment and, unlike the typical Resident Evil zombie, rip through your health bar in a few strikes. They range from neck-biting bipedal forms, to nimble crawlers, and bloated bile-spewing juggernauts. Avoiding these enemies is rarely worth the risk as they hit hard, cover their vulnerable heads before lunging at the player, and have large patrol areas. Deciding which routes to clear out is essential for mandatory backtracking.

Boss encounters are of variable quality. Early battles against hulking Jack Baker are tense affairs, requiring the use of objects in the environment to survive. Later battles are closer to the classic Resident Evil formula – hope that you’ve saved up enough powerful ammunition and fire at anything that glows. Feedback is an issue at times, leaving you unsure if you’re doing damage or targeting the right area. Thankfully, the game often gives you the opportunity to stock up on ammunition and supplies mid-fight, and a combination of manual and auto-saves ensures you rarely lose too much progress. 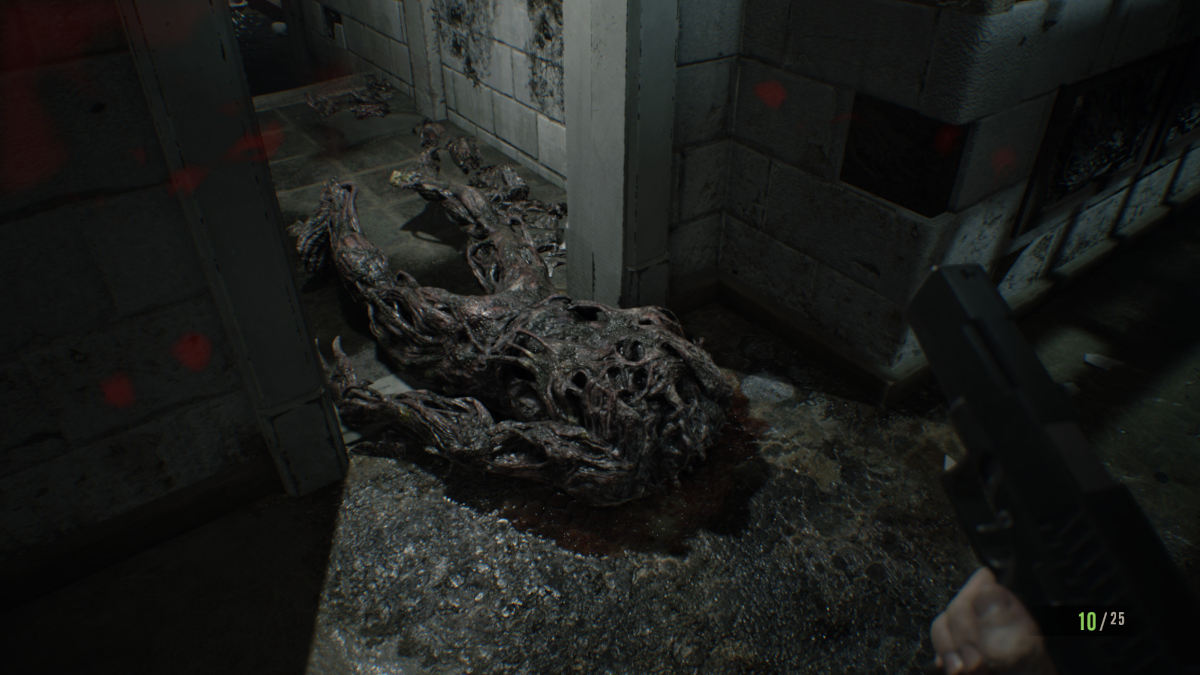 The Molded are far more terrifying than your typical zombie, able to kill you quickly if you find yourself cornered and needing to reload. Blocking is surprisingly effective in these situations and something I often forgot to do.

Combat becomes more frequent as you progress, so I’d suggest you use every calm moment to explore the environment for notes and clues. You’ll soon discover the game foreshadows many encounters and plot reveals. Puzzles are fairly simple: keys need finding and shadow patterns need manipulation, but they work well in guiding you to new areas. There is a simple crafting system that allows you to create healing items and enhanced ammunition from components found in the environment. You can also find hidden “Ancient Coins” that unlock bird cages (I’ve no idea why), which contain the powerful Magnum pistol and other permanent buffs.

Without multiple protagonists, Resident Evil 7 relies on end-game rewards to encourage subsequent playthroughs. Completing the game on Easy or Normal (which was plenty challenging), unlocks unique weapons and inventory items that boost your stats. The most interesting unlock is “Madhouse” mode, which adds new limitations (such as infrequent auto-saves and collectible cassettes for manual saves), changes up enemy spawn locations, and rearranges key items. Unfortunately, appreciating the changes in the opening hours involved surviving a difficulty setting that was simply frustrating. This mode is a great addition, but I’d like to see it playable on other difficulty levels. 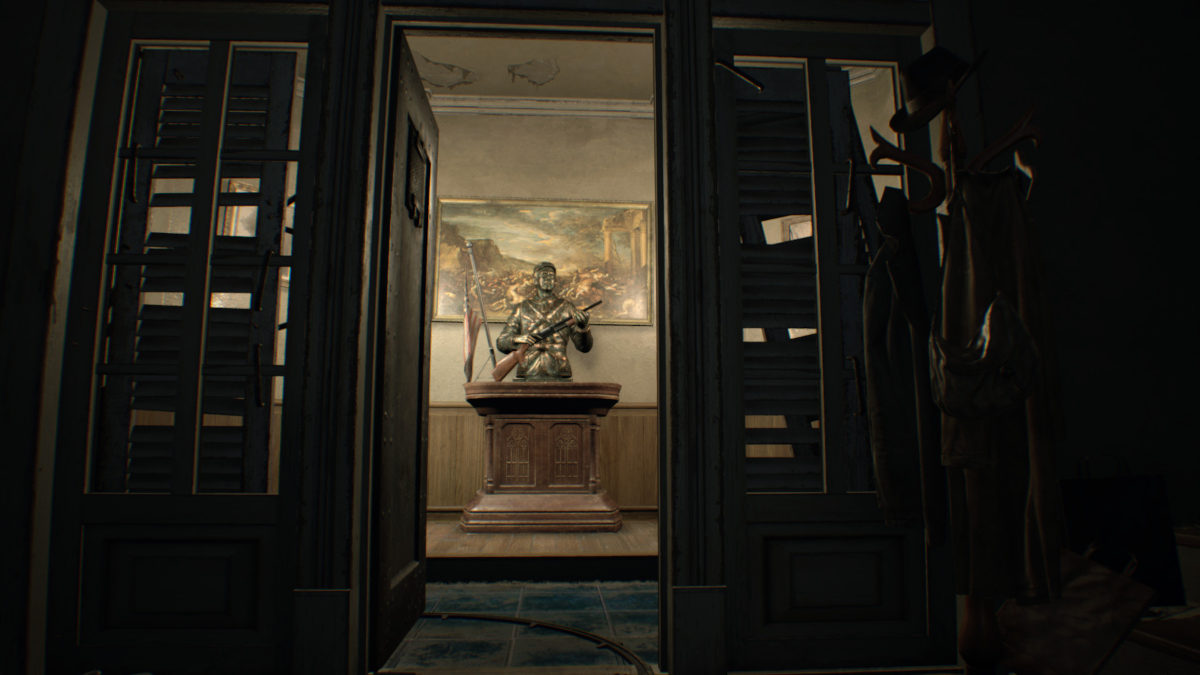 Why must collecting the shotgun always be so damn dangerous?

Resident Evil 7 looks incredible and runs at 60FPS with no perceptible drops. In outdoor areas, vegetation and textures can look a little rough (presumably to maintain the framerate). However, once you move inside, the environments are incredibly detailed with crisp textures, tons of minor details, and impressive lighting. Bright areas form radiant islands in the dark and all objects, including the player, accurately cast shadows across the environment. I’d often turn a corner and jump at the site of Ethan’s own shadow. Blood and gore is gruesomely detailed, characters appear lifelike, and animation looks believable.

The old, dilapidated structures you explore creak and groan. You hear footsteps above and below you, door hinges screeching in the distance, and the sound of Molded shuffling nearby. Music is rarely used except to build tension or indicate a Save Room. Surprisingly, the voice-acting is decent. I was concerned the American Deep South accent would be overdone, but the banter between antagonists and protagonists is great.

For those picking up the PSVR, the game looks good and is even more terrifying in VR. There is a hit to visual quality, but the sense of immersion, when coupled with some decent headphones, is incredible. The only technical issues worth noting, in both standard and VR modes, are long initial load times, some slow texture streaming when first entering an area, and the odd lip-syncing issue. 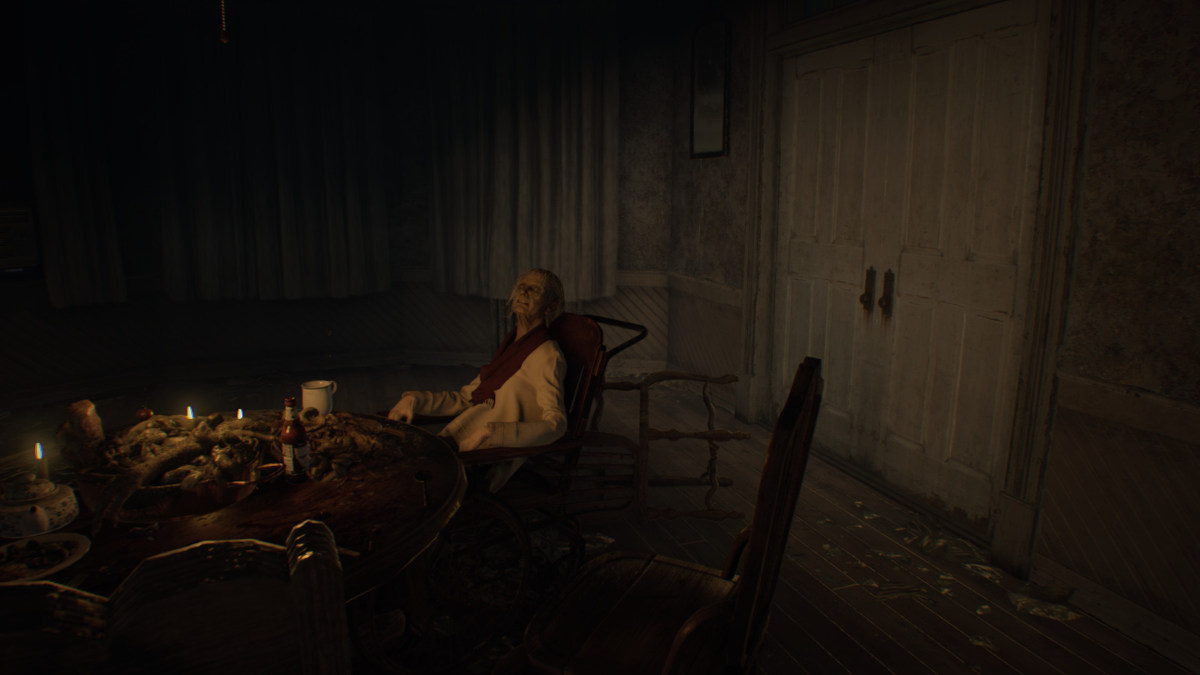 Resident Evil 7 may have a few weaknesses in narrative, gameplay, and presentation, but everything converges to take the series in a great new direction. For those who enjoy first-person horror or the pre-Resident Evil 4 games, you will feel right at home. For those who have grown accustomed to the action-packed, co-op focused sequels, this is still a Resident Evil story worth experiencing, but you may find the transition a little rough. By blending modern and classic Resident Evil mechanics, Capcom have created a survival-horror experience that proves there is still some life in the mutated, shambling corpse of their long-running IP.

Discovering the backstory of Mia and the Bakers

Rushed ending and the promise of DLC 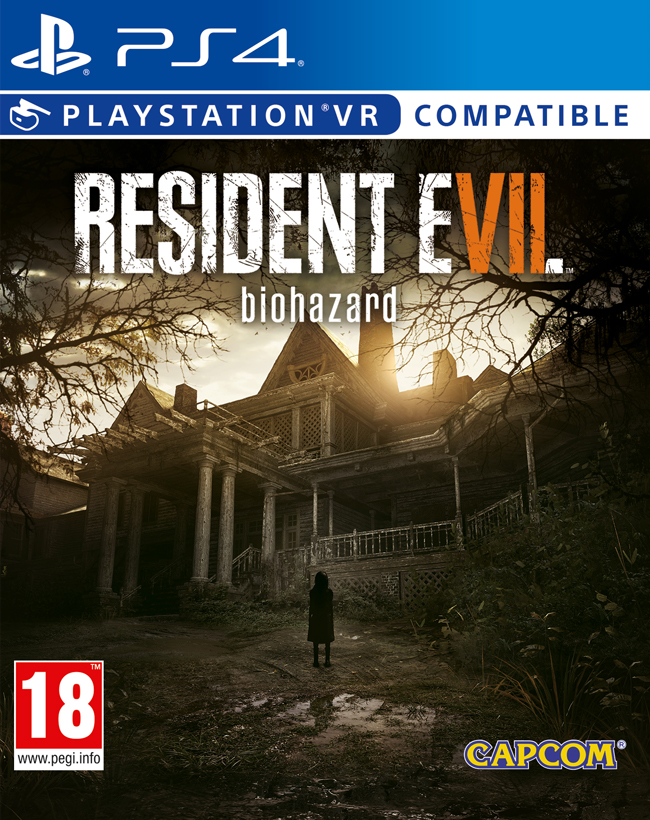