MX vs ATV All Out

Not wheelie that "All Out" 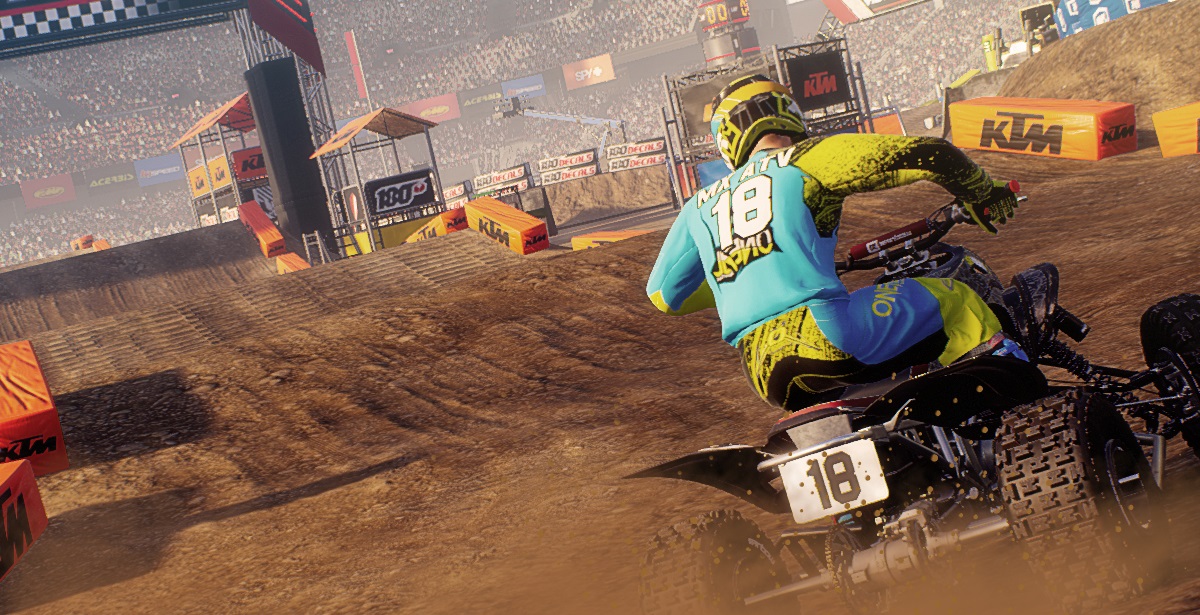 The MX vs. ATV franchise has in recent history been on a bumpy road to reclaim the hearts of fans of the series. At one point the arcade style racer was a go-to title for those in search of an action-packed, off-road, extreme sports title. Times have changed and here's why.

Physics and handling are two of the most accurate elements to a racing title, regardless of whether it’s categorised as arcade or simulation. Sadly, both the vehicle and environment physics in All Out aren’t even a little close to hitting the mark. Irrespective of which vehicle you choose to ride you immediately have the feeling that it is lighter than the person controlling it. Fail to land a trick or miss a jump and see your bike fly off into the distance while the rider flops around like a rag doll for a few feet before respawning. This in itself feels blatantly uninspiring and is by no means the worst of the games physical aspects. While you’ll slow down (rather drastically) when riding over water there are nearly no indications of you doing so, hardly even a vague splash. Ghost barriers are plentiful, and the other riders have little to no effect when colliding with you. 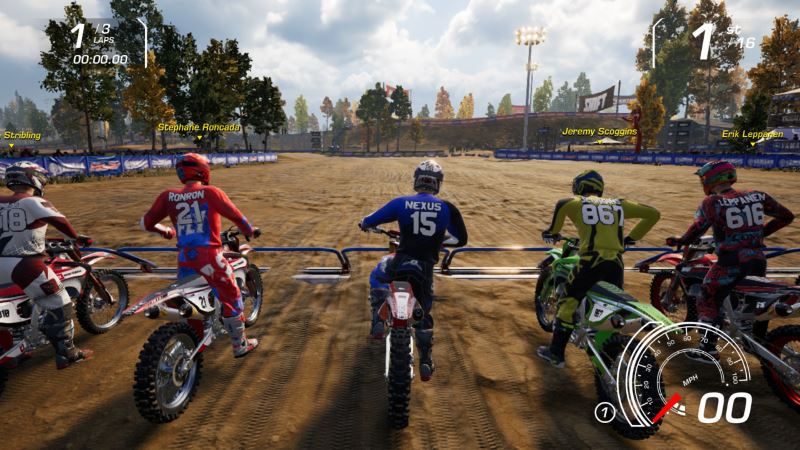 The different modes come by the way of your numerous ‘events’. These are made up of of Series, Single Event, Online (more like “non-line”), Time Trial and Arcade. Of these events the Series is the best by quite a bit even if it feels devastatingly unbalanced. It’s comprised of Supercross, Nationals, Opencross, Waypoint and Tag races against frantic artificial intelligence. You’re either in the thick of the pack, struggling to make up places or out front pulling away from the frenzy in the most casual of ways. If you are a MX fanatic, starved of videogames in this genre you’ll enjoy the Arcade event. It’s a little misleading by its title but this is the games co-op split screen mode. Casually race against friends but don’t expect to feel that you are, in any way, getting any bang for your buck from a R700 plus title. Had this been developed by a lesser know indie studio one could understand why absolutely everything feels like it’s lacking something. Time Trials will keep your attention for a while, but the default ghosts seem to be leaning towards the easy side. Something that didn’t keep my attention at all was the Online Event which wouldn’t load, even after the games launch. 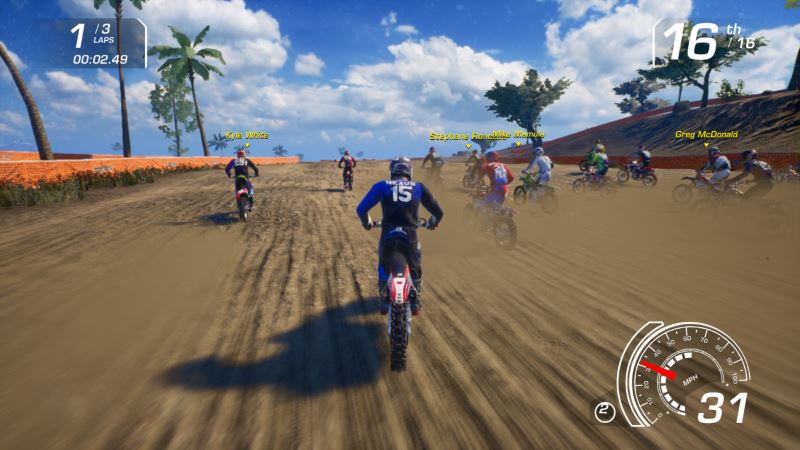 Garage is the new Alternative.

All Out has got a number of customisation options via the Garage. Here you can, with in game currency, purchase both licenced brands as well as fiction vehicles (as well as parts) which can be fine-tuned to your personal preference. You can also kit out your rider with new gear and even though there are a large number of options, everything feels generic, even the brand sponsored goods. The most fascinating, or so I initially thought, section of the Garage is the oddly titled B.R.A.A.P. mode. Build Rider And A.I. Profiles. While, yet again, the title is a bit misleading; you can customise your AI opponents but sadly only cosmetically. It would have been far more beneficial to be able to alter your opponents riding style but at this point All Out has you well versed in dissatisfaction. 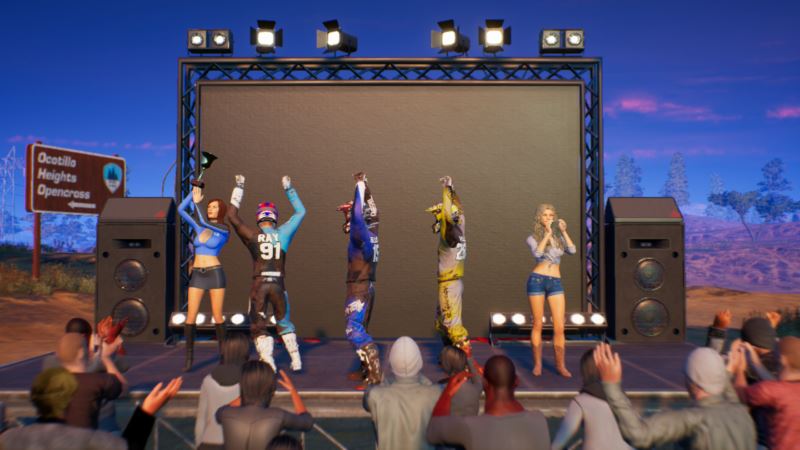 If anyone could revive the MX vs. ATV franchise it would be Rainbow Studios. They’ve been involved from the beginning and should surely have picked up on the reoccurring sort comings. Sadly, I don’t think these points came up in their weekly team meetings. Long loading screens, appalling frame rate drops, glitchy mechanics, dated visuals and uninspiring AI make All Out an overall experience you might consider skipping. Unless of coarse you have gasoline running through your veins and are happy to overpay for a mediocre experience. Even so maybe this time around you should consider Monster Energy Supercross – The Official Videogame which came out earlier this year.

What is it about arcade biking games that is so difficulty? I reckon we just need a modernised Excitebike! 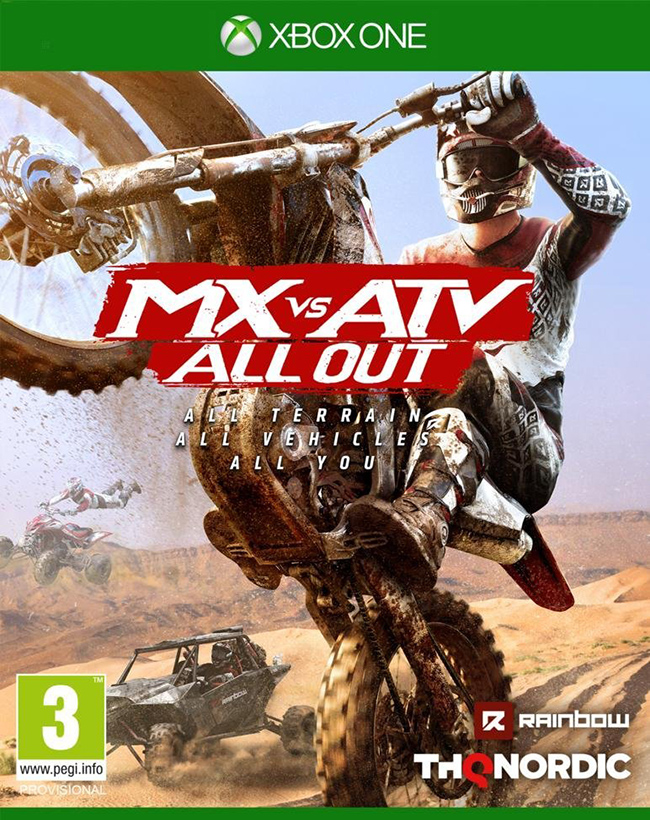