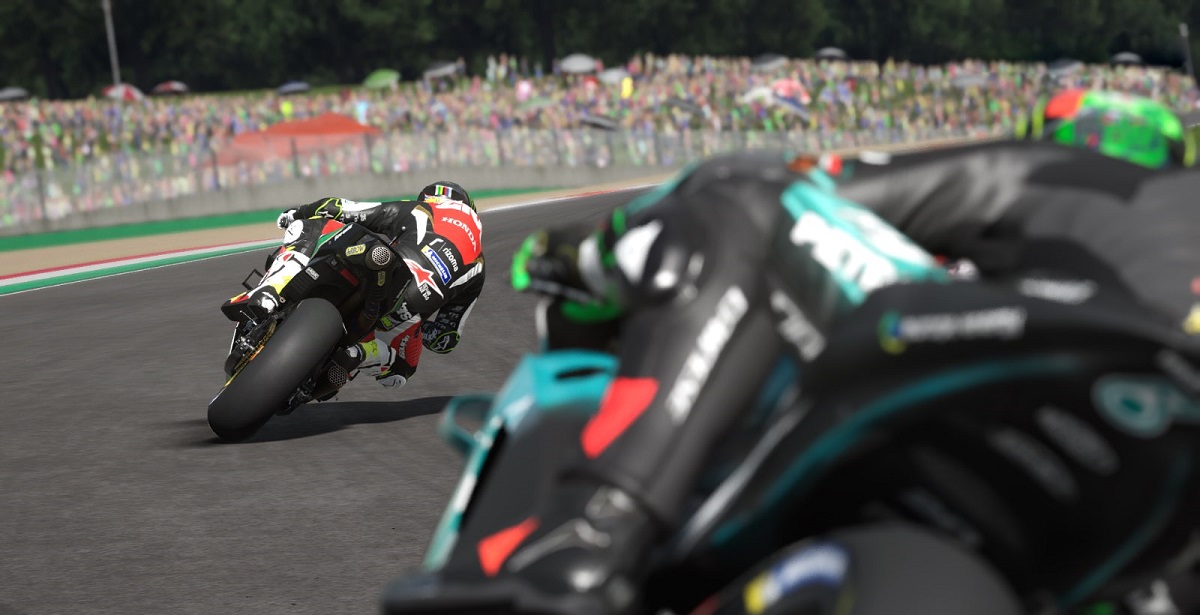 Milestone and Dorna Sports S.L. have announced MotoGP 20, the latest entry in the long-running MotoGP gaming franchise. This year's installment comes with a myriad of exciting features, improvements, and welcomed new additions. For the first time, the game will launch alongside the official MotoGP™ Championship, meaning you can participate in the events as they unfold in real-time. Additionally, the Managerial Career is back as it puts players skills both on and off the road to the test.

READ MORE: Sony Wants Spider-Man to Stay in the MCU

Milestone revealed that several key features from previous games will once again reappear in MotoGP 20, though with some notable refinements and improvements:

- A renowned historical mode. One of the communities favourite game modes will be back in a brand-new format, with full races randomly generated that players need to win to unlock and collect the most iconic riders and bikes.

- Neural AI goes 2.0. What many thought was utopic, became a reality. Last year A.N.N.A. (an acronym for Artificial Neural Network Agent) brought a more fast, natural and fair AI. This year Milestone developers further enhanced its capabilities, to allow her to strategically manage tire and fuel consumption, as real riders do.

- New Editors. Together with Stickers, Helmets, Racing Numbers and Lower-back patches, in MotoGP™20 players will be able also to customise bikes' liveries of their Custom Team, to race on track with a unique style.

- The best online experience. Dedicated Servers for the Multiplayer mode have continued to enable a more reliable and fun online experience. Now we added quality of life improvements that will further enhance online gameplay in all modes: Public Matches, Private Matches and Race Director Mode.