Life is Strange: Before the Storm 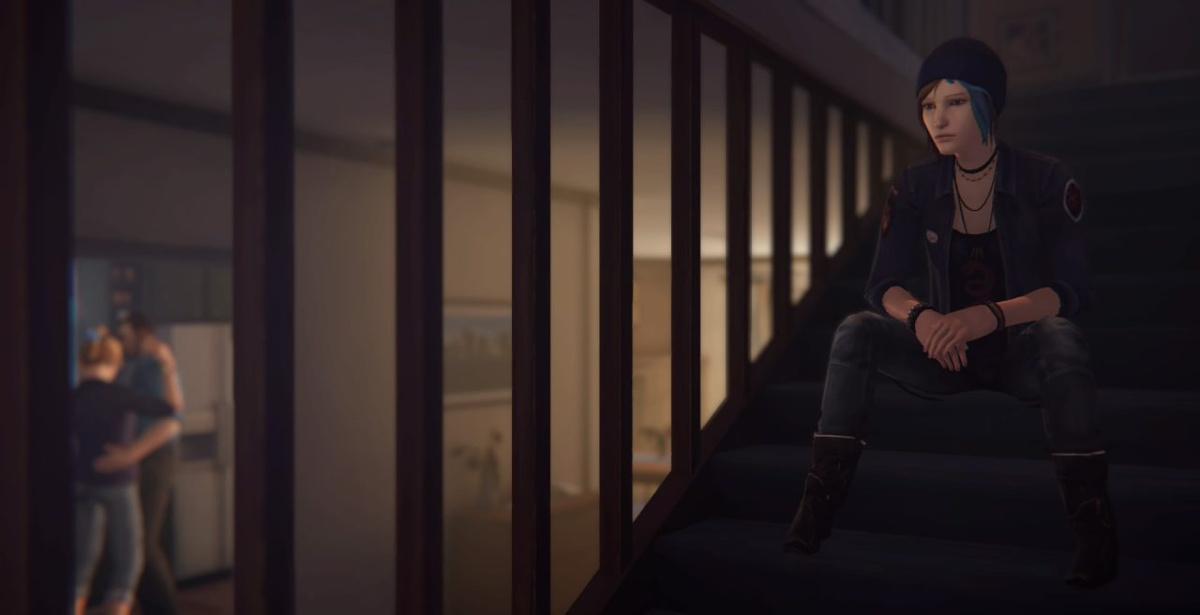 With the final episode released and the forthcoming bonus episode a standalone story (and currently exclusive to those that bought the “Deluxe Edition”), it seemed like a good time to assign a score to Deck Nine’s prequel. Before the Storm does a great job of mimicking both the gameplay and presentation of Dontnod’s Life is Strange and, most importantly, displays the same quality of writing. Complex character interactions and unexpected story beats were always the most impactful parts of the original and even in the absence of a sci-fi element, Deck Nine have crafted a gripping tale and filled it with relatable characters and tough choices.

That said, it was impossible for events in Before the Storm to exist in isolation from Life is Strange and this results in the final hours taking too much control away from the player and limiting consequences. 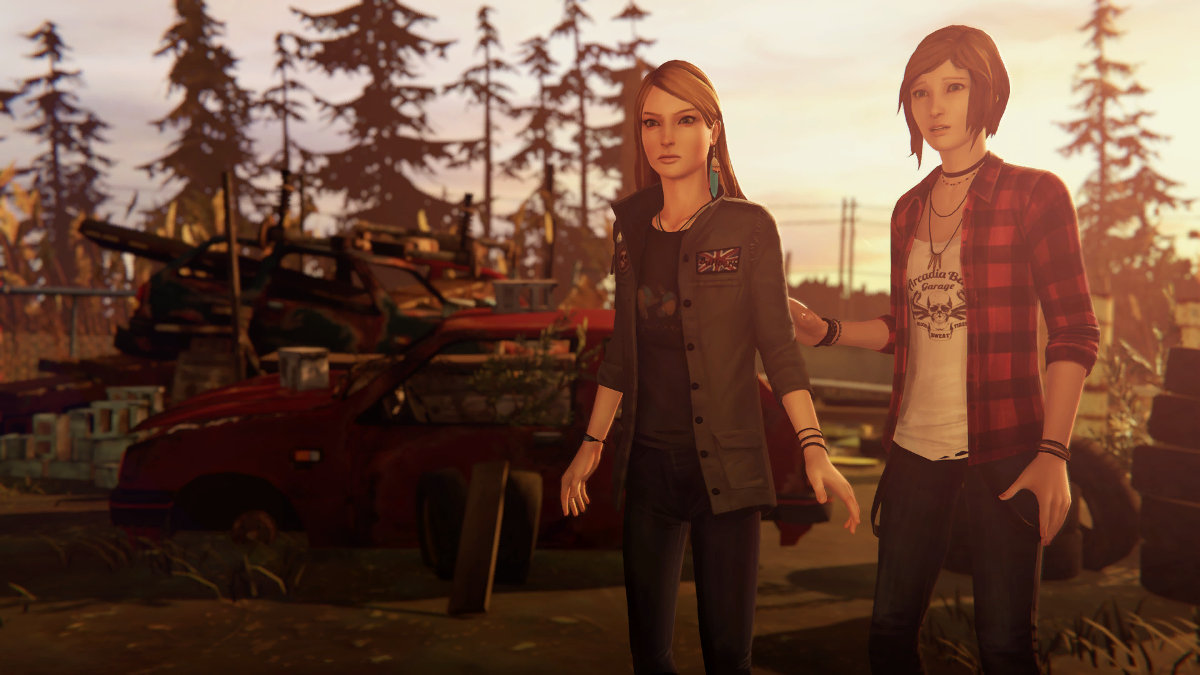 Before the Storm shifts the focus to Chloe Price and Rachel Amber, teenagers on the opposite side of the social spectrum, yet both dealing with troubled childhoods. Chloe is as defiant and rebellious as she was Life is Strange – struggling with the death of her father, unable to relate to her mother, full of teenage angst, and so desperate to define herself that the rebel persona often feels like a caricature. What makes her likeable is that she doesn’t entirely believe her own bullsh*t and, through player decisions, can demonstrate plenty of emotional maturity when defending herself or others.

Rachel Amber, the “missing girl” in Life is Strange, is the perfect student and envy of her peers, at least on the surface. Capable of achieving top grades while socializing with the elite or slumming it with the goths, she struggles to deal with her own family turmoil while trying to live up to expectations. Whereas Chloe’s rebellious behavior is consistent, Rachel rather acts out in random bursts, making her unpredictable and often putting both herself and others at risk. It’s the perfect setup for an adventure that tackles both family drama and the very real dangers of Arcadia Bays’ drug trade. 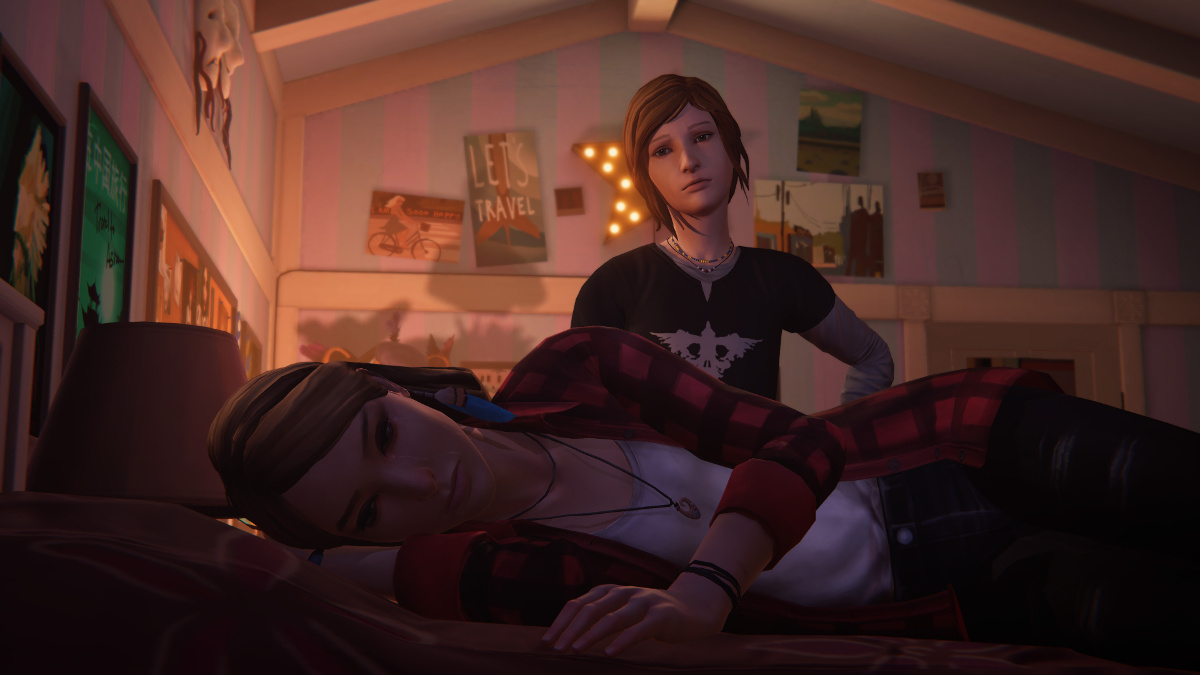 With each episode cramming the events of 24 hours into 2-3 hours of gameplay, Before the Storm builds in intensity from the get-go and rarely lets up. The first episode, Awake, does a great job of reintroducing Chloe, her personal thoughts, attitude towards the world, and her prowess in arguing down others (which ties into the gameplay). You get glimpses of her solitary lifestyle, family drama, student interactions, and disregard for formal schooling. The bulk of the first episode focuses on her developing relationship with Rachel and how that progresses over the course of 24 tumultuous hours, often giving the player the choice to dictate whether they will embrace their rebellious nature or divulge in their troubled pasts.

Brave New World continues to focus on the impact of family drama in both Chloe and Rachel’s lives, while also introducing Arcadia’s sleazy drug scene. Chloe’s carefree attitude towards drug use is challenged when she witnesses the dangers that other debt-ridden users face from their thuggish suppliers and a late-episode reveal shook up my assumptions about key characters. After the relatively low-impact scenarios in the first episode, there are some tough choices to be made with more lasting outcomes.

Hell is Empty is the final episode that draws several events together in a satisfying, if hands-off, conclusion that sees Chloe’s loyalty pushed to the limit when Rachel’s angry outbursts and rebellious nature puts them both in danger (again). It is, unfortunately, the episode that pushes the canonical narrative forward regardless of many of your choices. Your interactions along the way can drastically change the tone of certain encounters and smaller variables but without the sci-fi elements and multiple life-threatening events, the limitations are more obvious. 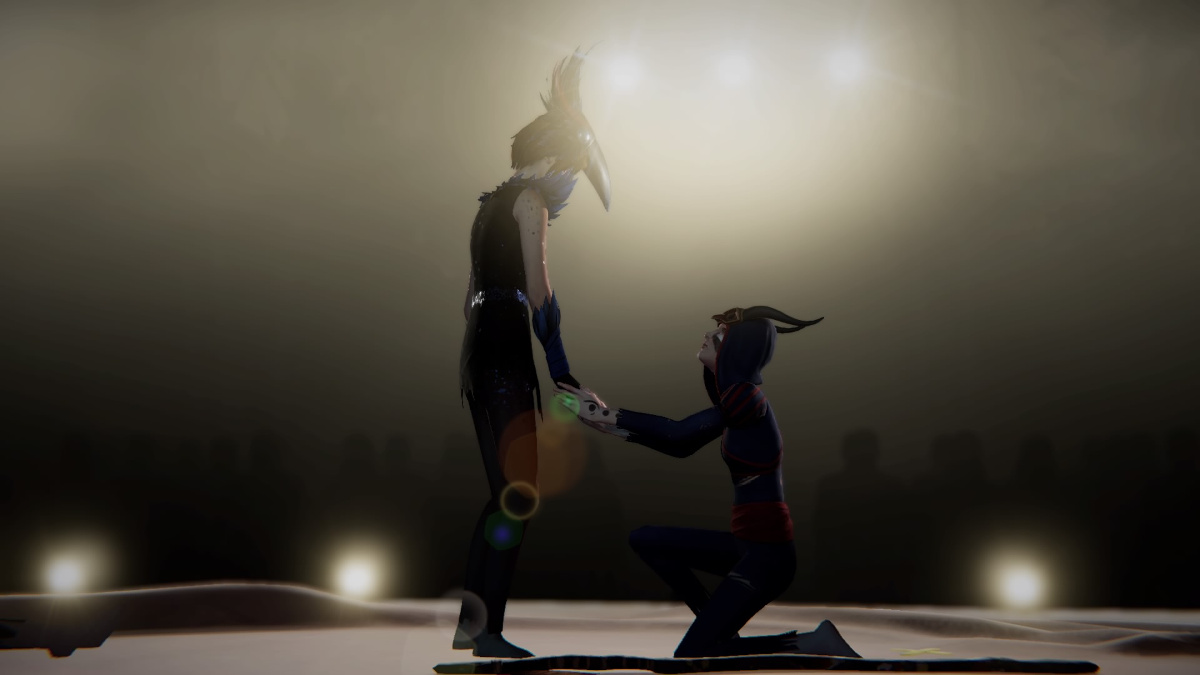 On the sidelines, you retroactively observe several Blackwell students as they mature (or fail to) before the events of Life is Strange. You also get plenty of chances to dictate how Chloe interacts with students across the social spectrum - joining the school “nerds” in a tabletop role-playing session was a particular highlight and a stage play in the second episode, which required a fair deal of memorization, was a beautiful moment. Chloe spends time recounting some her childhood experiences with Max and her regret, and often bitterness, about her move to Seattle. However, we also see her discovering specific locations and characters that she later introduces to Max in the original game. A lot of thought has clearly gone into how to link events together and it mostly succeeds.

Unfortunately the narrative falters in the final episode due to reduced player agency – I encountered only one dialogue challenge as a result of my decisions and the rest of the episode played out with little variation, or at least no obvious ramifications. This included one scene with potential conflict – the aforementioned dialogue challenge – that really came out of nowhere in the context of my previous actions. It’s also worth noting that a direct link to the events of Life is Strange is relegated to a simple post-credits tease, with the game rather focusing on small details and leaving some major events unseen. 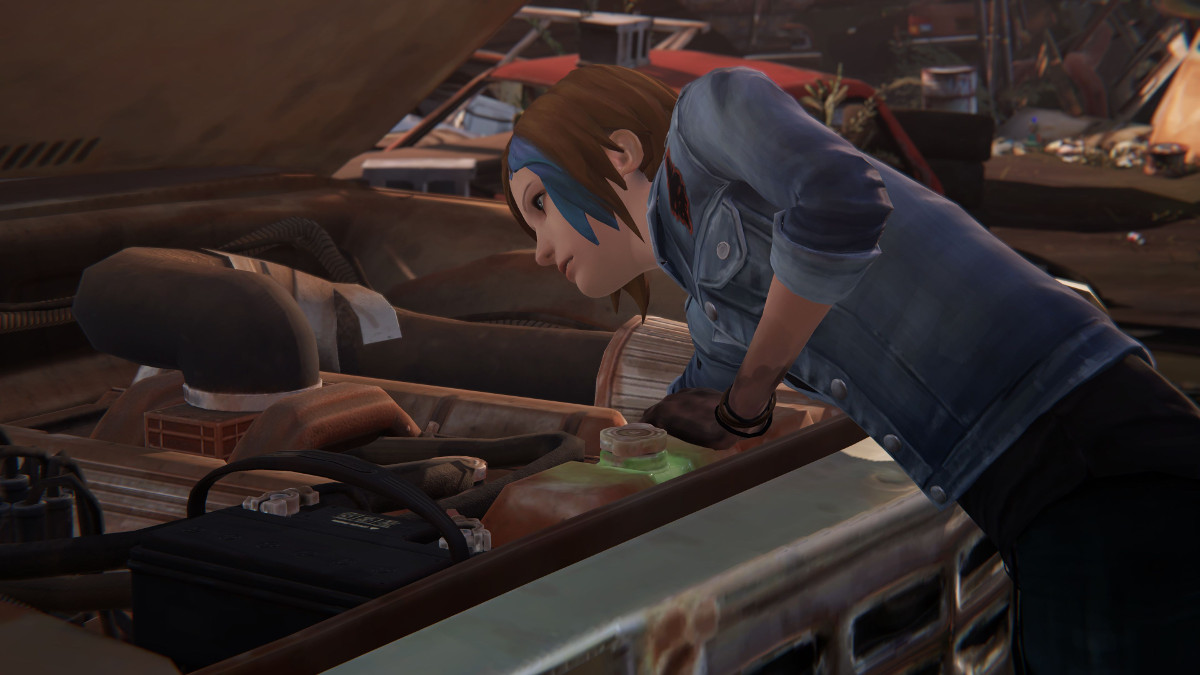 With no ability to rewind decisions in life-threatening situations, Chloe instead gets dialogue challenges that allow her to intimidate others. You need to assess the opposing characters dialogue, pick up the most important element of that conversation, and then respond appropriately. You have to achieve a number of successes and avoid too many failures to succeed. How many of these events you encounter appears to depends on your narrative decisions but they’re not too frequent, the game instead relying on branching narrative and some simple location-based puzzles more often. If you enjoyed the basic structure of Life is Strange, you’ll find most of it intact and unaltered in Before the Storm.

Presentation remains stylish if not technically impressive. Character models and the environment are still angular and exaggerated, with plenty of aliasing and some rough looking objects (especially the foliage). However, facial animation and motion capture is excellent, with the dialogue perfectly in sync with the character animation. It can be jarring at first to hear Rhianna DeVries’ voice as Chloe but, given her experience as Chloe’s motion capture actor and the support of Ashley Birch as a writing consultant, my brain quickly accepted the change and the way she speaks, her internal ramblings, and general attitude is a match. Extensive use of post-processing effects, such as motion blur, bloom, lens flare, and depth of field, ensure every scene looks cinematic. Voice work is excellent and most voice actors have returned to fill their respective roles. The soundtrack is once again expertly chosen for each scene, though if you’re not a fan of alternative and heavy rock, you may not agree.

If you’re looking for more Life is Strange, Deck Nine has delivered a great prequel with Before the Storm. The time-rewinding puzzles are gone but Chloe’s own dialogue mechanic coupled the engaging narrative should keep you hooked ‘til the tragic end.

You can also read my more detailed impressions of episode one and episode two.

Excellent addition to the Life is Strange universe

Fleshes out many characters from the original

Limited choices in the final episode