For the love of Marvel. 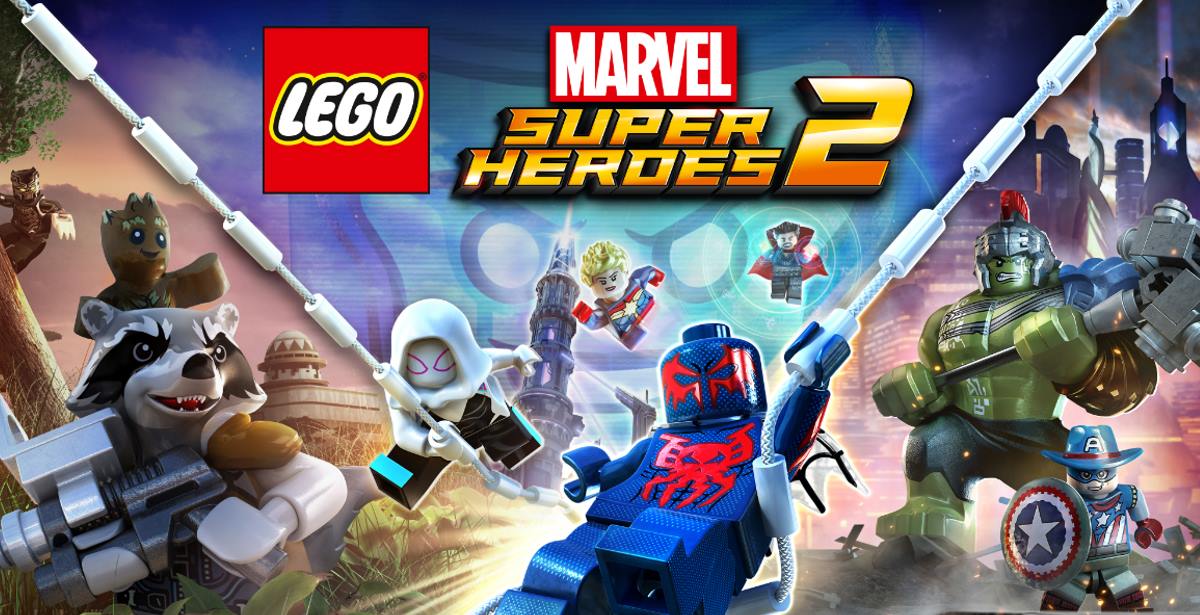 A superhero's work is never done. Danger never stops, villains don’t understand the concept of downtime and cats continue to climb trees. Ever does the world need saving and not even enough time for a cuppa Joe between crises. Barely have our heroes of the LEGO Marvel Universe just begun to celebrate saving the world from the horrors of the planet devouring Galactus from the previous game, when another cosmic level threat drops down upon them from the skies above.

The time-travelling, dimension-hopping bad guy known as Kang the Conqueror has come to Earth to kidnap cities and force subservience upon the local population in his quest to conquer all time and space. He’s mashed a myriad locales from across the multiverse into one world called Chronopolis and from here he plans to take over the universe. Sigh, what’s a hero to do but put on those iron britches and get a-smacking!

LEGO Marvel Super Heroes 2, like its predecessor, is a love letter to Marvel’s larger-than-life spandex universe. Like Chronopolis, it takes its inspiration from the very best of the Marvel Universe: comics, television and movies, and combines all these elements into one eclectic, gargantuan dish of joy. From obscure villains of the funny pages to the best of the modern Marvel Cinematic Universe, LEGO Marvel Super Heroes 2 exudes a sense of fun and cheerfulness that makes overcoming the aging LEGO gameplay a breeze.

Stepping into the shoes of a variety of heroes and villains is one of the game's largest draws. There’s a roster of literally hundreds of characters to choose from (some 200+ apparently!) and while some are certainly carbon copies of others, it’s the only game I can think of where you can cruise past the Daily Bugle as Dormammu with Spider-Ham and Doctor Strange in tow while Ms. Marvel gushes over her fan-fic team-ups as you explore the game's open world setting.

While the main plot is a combination of Marvel stories spanning a large portion of their history; Secret Wars (2015) serving as the inspiration for the main plot, right up to Maximus betraying The Inhumans, the game's charm comes from its characters and the level of depth given to their writing and animation. Spider-Man quips while Doctor Strange muses upon his forgetfulness at storing important items and watching Ms. Marvel stretch all over the place while waiting for you to do something is just a pure delight. In a couple of frames of animation, TT Games have managed to imbue their characters with more personality than most games do during their entire run time.

Chronopolis itself is a delight to explore as well. The different environments sitting right next to each other remove much of the tedium that usually envelops open world games after a certain amount of time. Whether you choose to web-swing, drive a car or fly across the world, you can be doing something in an icy Manhattan one minute, and some moments later solving a puzzle in the Wild West. You can swim to the depths of Lemuria or fight through a ravaged Asgard on the brink of Ragnarok all without having to sit through a loading screen unless you’re going into one of the game's many story missions. Manhattan Noir, a sepia-tinged area set in the 1930’s is a roaring, personal favourite.

The open world is full of easy puzzles to solve, items to collect, crimes to stop and hapless S.H.I.E.L.D. agents to save. There’s a lot to do, especially after you’ve completed the campaign and gained access to the bulk of the character roster as, in true LEGO fashion, certain areas and puzzles can only be solved with certain characters. And, as with previous games, you can play the entire campaign in co-op mode.

The core gameplay that the LEGO series has become known for has remained intact. You’ll fight through easy waves of bad guys while smashing LEGO objects for studs or to build new objects with to solve puzzles before facing off against a boss in a multi-part fight. Gold bricks, pink bricks (Gwenpool filling in as the resident fourth-wall breaker) and kit-parts are all there to collect while you strive to collect enough studs per level to achieve the true adventurer achievement. Outside of some new puzzles, like using Doctor Strange’s magic to trace out mystical signals without running over the same lines twice, or combo based attacks depending on which character you link to, it’s the same gameplay we’ve known for years.

Unfortunately, that also means the same problems we’ve known for years. The game’s camera, specifically during missions, can be a pain and a frustration as it never quite gives you the optimum view of the environment, specifically during platforming moments or when you’re searching for something. It’s also problematic when using flying or swinging characters as the right analog stick controls both your ascent and descent as well as the camera, which usually positions itself automatically behind your character. Searching for items in flight mode, which should be the best way to do so, becames a chore as moving the camera to look down also causes you to descend at the same time. More often than not I found re-positioning the camera usually left me below the ledge I was trying to scan.

The combat also suffers from being the same, simplistic button mashing combat the series has relied on for years. Even the various powers that each character brings to the table, like Star Lord's awesome dual blasters or She-Hulk's powered up rush, couldn’t do enough to make me want to battle the, at times, endless waves of cookie cutter henchmen ads. It just slowed down the wonderful exploration.

It’s entirely a shame that this game went into production before TT Games other release last month, The LEGO Ninjago Movie Video Game, as the innovation in combat and quality of life changes that were developed for that would have greatly enhanced LEGO Marvel Super Heroes 2, as they would any future Lego games.

If there’s one kick to the Marvel love that rings out loudly, it’s the distinct lack of specific Marvel characters. I’m guessing that due to the legal issues concerning who owns which character rights, the Fantastic Four and the X-Men are a no show in this sequel, and for a game intent on revelling in Marvel’s rich history, it’s a pure disappointment. Sure we’ve got The Inhumans in place of Marvel’s mutants, and Ms. Marvel is basically Reed Richards with a cheerier disposition, they still can’t hide the loss of a Wolverine and Colossus fastball special.

No Mutants or Fantastic Four. 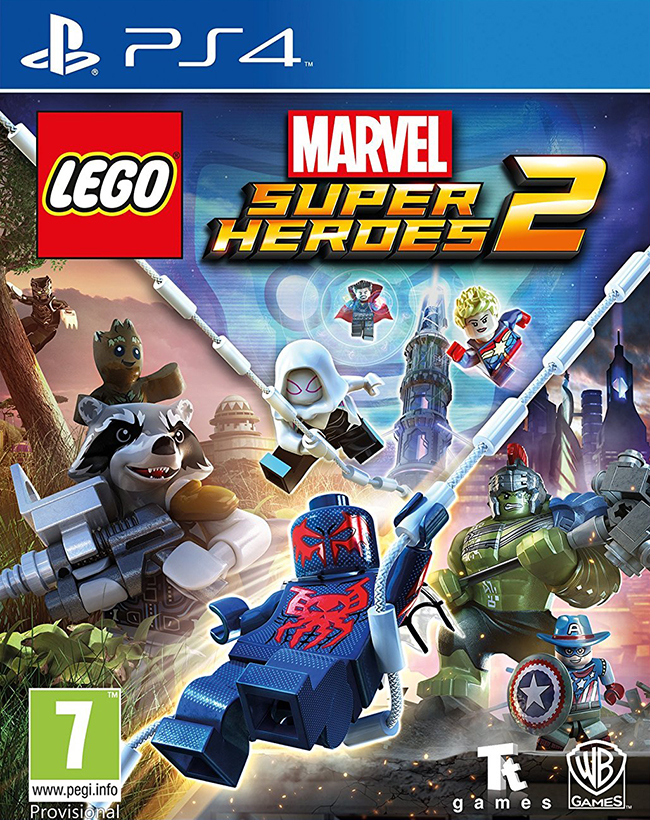