The professional pedigree in racing 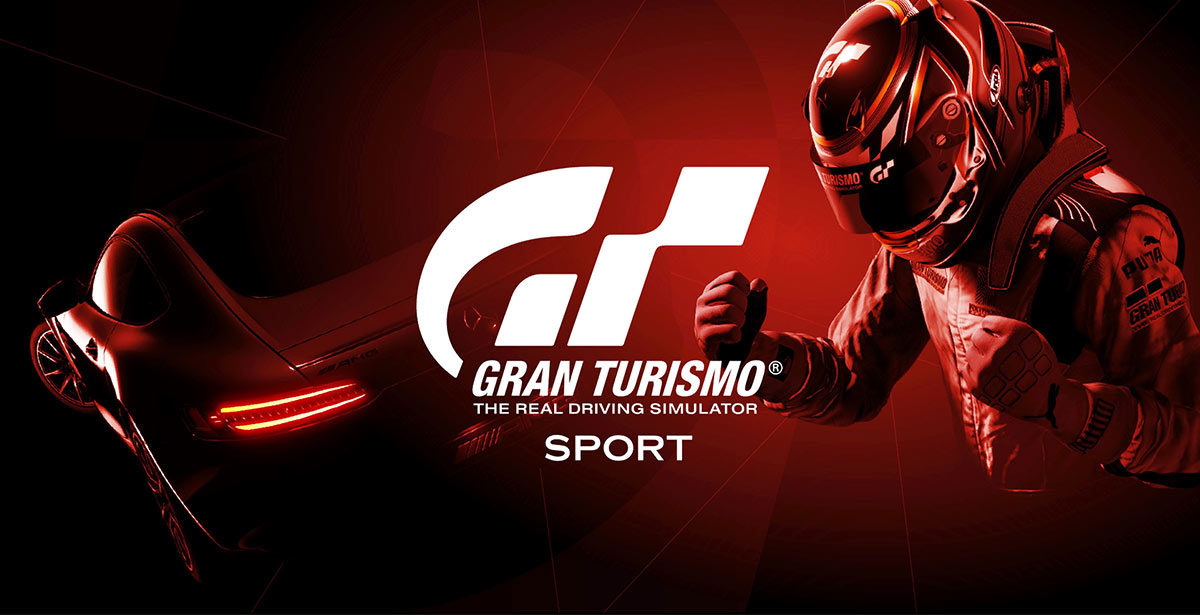 For the longest time Gran Turismo has been a series that swallows hundreds of hours of playtime through its vast and intricate campaigns. A slow progression complete with garages housing hundreds of cars has kept the PlayStation exclusive a popular mainstay in its genre. GT Sport is a vastly different creature, an evolution, and it may not be the game you were looking for.

It's been several years since the beloved series had an entry, the last being Gran Turismo 6 which was relatively well received but criticised for its lack of innovation. The latest entry, Gran Turismo Sport is the complete opposite of its predecessor, so much so that fans of the numbered series may be left polarized by the new direction. Adapting to the times GT Sport serves up a heavy focus on online racing and e-sports, pushing the series into a bold new era. 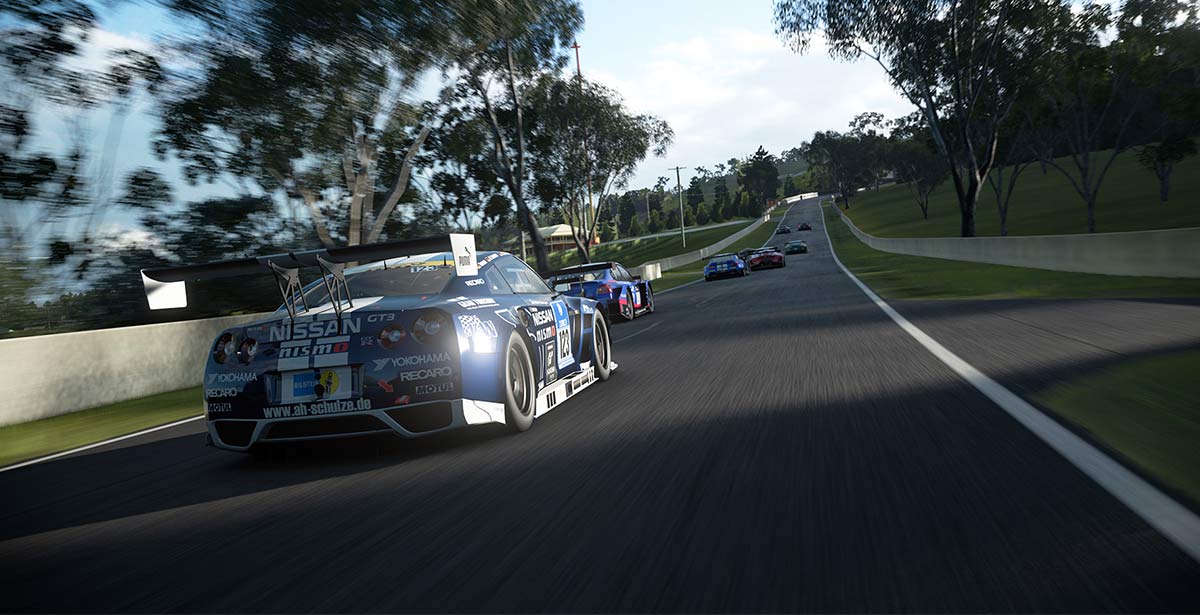 A core philosophy that series director Kazunori Yamauchi and his team at Polyphony Digital have always held close to their hearts is the notion that motorsport is an art form. Previous games have often been preluded with ambiguous footage of metal being melded to form iconic vehicles, a sense of class and abstract ambience forms the backbone of the experience. It comes as no surprise that GT Sport still holds this ideology in the way it presents itself. From the tranquil and often obscure soundtrack to the various museum photobooks you can scroll through to the scapes mode, which allows players to place their car in one of hundreds of idyllic photos. GT Sport feels like a Gran Turismo game, but this is where the comparisons end. 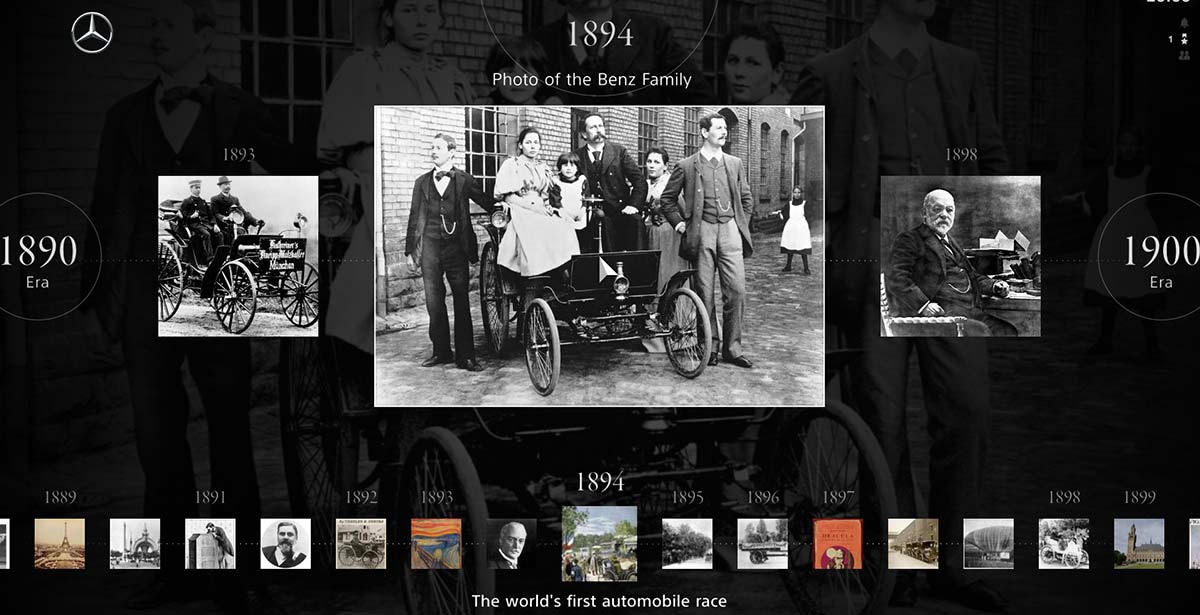 In a move more emblematic of the current trends in gaming, GT Sport's core focus is multiplayer, which we will delve into shortly, but for gamers looking to enjoy a fleshed out campaign and singleplayer experience, there is less on offer than expected. The 'campaign' component of the game is a bare-bones experience and is more focused on refining your driving abilities than it is on extending your gameplay time. Broken down into three separate categories, a driving school, challenge mode and track mastery, these modes are enjoyable but left me wanting for the most part. Each mode has various tiers which involve completing events within certain times, the driving school, for example, will charge you with mastering certain manoeuvres in an allotted time, beat or exceed these and you will be rewarded with bronze, silver or gold rewards netting driving points, mileage, and XP for your profile. Initially, I was skeptical of these, but after a few more friends joined in and started setting times it became an enjoyable challenge to best or beat their times. The challenge mode has a bit more to offer, from catch-up challenges to full-blown races and in a variety of cars not yet unlocked or owned in your garage. Track mastery is quite self-explanatory and follows the same tiered system as the previous two modes mentioned and focuses on helping you master each track on offer, turn by turn. 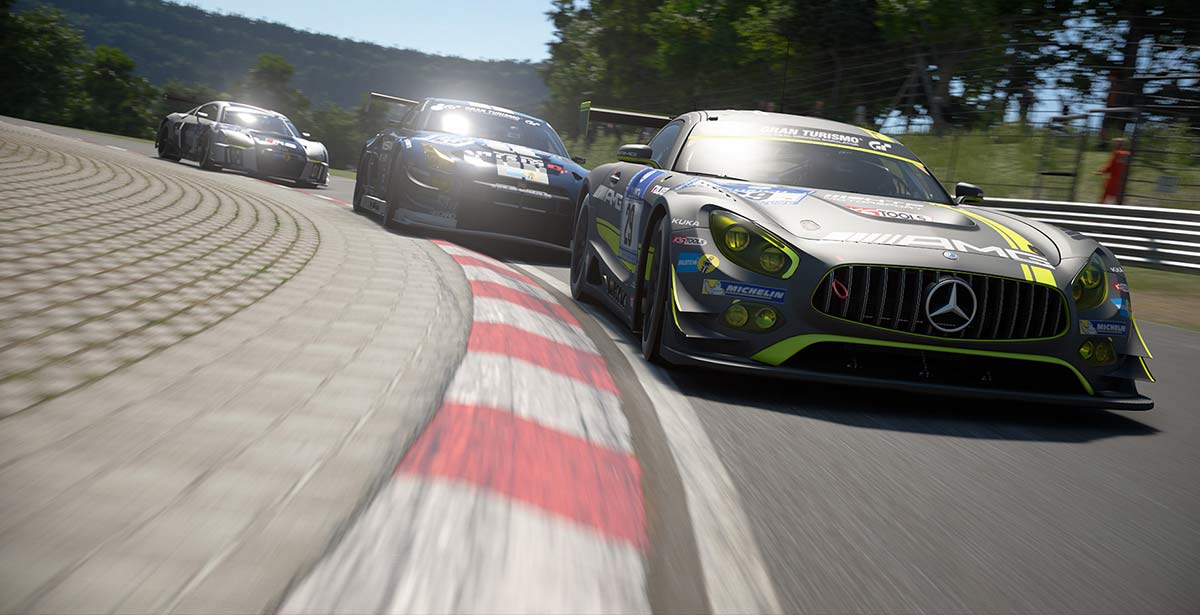 There isn't all that much to master unfortunately as GT Sport's track selection is rather limited. There are 17 in total with various layouts and each track is well presented. A number of real life tracks mixed in with Gran Turismo's trend of several fantasy locations are present and it must be said these imaginary locations are well thought out and designed. Visually they all look gorgeous, there is a lot of life and detail in each location but GT Sport hinders its depth with a lack of dynamic weather as seen in its competitors. Fans of the usually large garages from previous entries will also be dissapointed to know that there really arent many cars on offer either. 150 cars are available, of which several are duplicates with various spec, exterior and livery changes which is a bit of a let down. The highly publicized Vision Gran Turismo line-up is enjoyable, a selection of designs from famous manufacturers from around the world, but I found it hard to connect with these designs on a personal level. The bombastic and eccentric lines are entertaining but it feels more like Speedracer than it does GT when you strap into the McLaren Vision GT and find yourself lying belly down in the cockpit. It may not be my cup of tea but technology and design fans could very well find themselves stocking up on cash to purchase one of these hyper-futuristic sets of wheels. 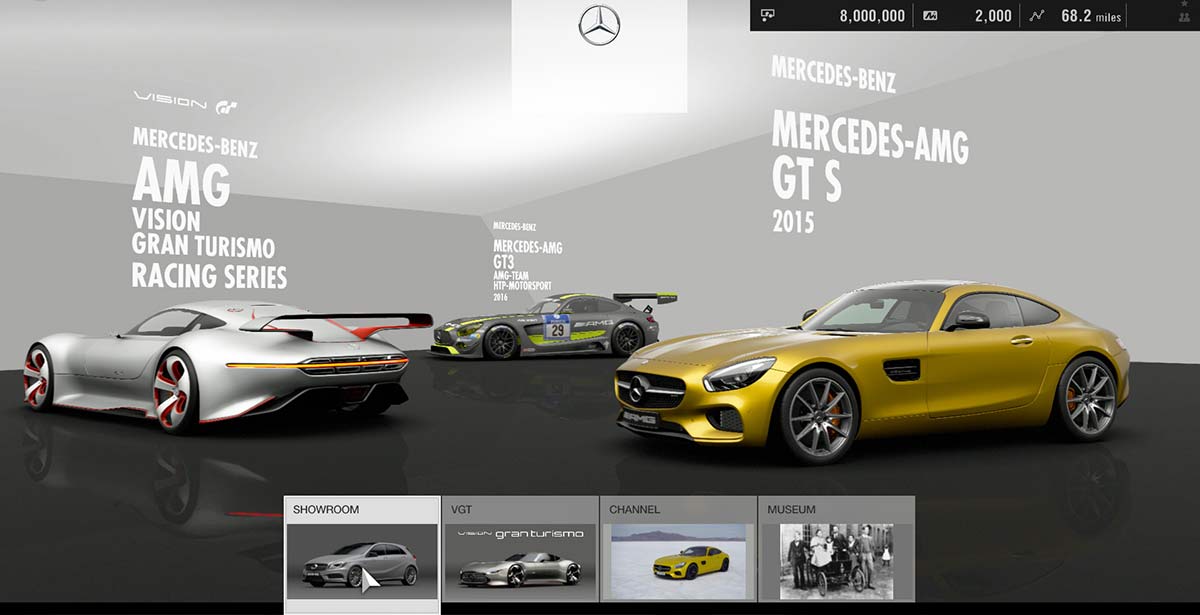 Unlike the ugliest and most recent trend in AAA gaming, there are no micro-transactions or loot boxes in GT Sport, everything is earned through sheer mileage, performance, and pace. Everything you do in GT boils down to your personal profile and a return on your time investment. After 5 hours I had reached level 10, unlocking new tracks, liveries, and cars for purchase and for the dedicated few who sink their teeth into GT Sport, there is much to be earned. The best way to rack up these is through the games core mode, the multiplayer.

It's hard to argue why GT Sport has gone in the direction it has as opposed to the tried and tested ways of old. E-sports and online gaming are nothing new to the last few years but since the last numbered entry, Gran Turismo 6, the competition has evolved and Gran Turismo has done so too, some might argue a bit too much so. But in what Polyphony commit themselves to doing, they do so to the best degree, so much so that they have managed to nab the FIA (Fédération Internationale de l'Automobile) and envelop them into the game. This is a match made in heaven for many gamers, but with the great power of the FIA comes great responsibility.

Fortunately, GT Sport screams professionalism from the moment you take your first steps towards online racing. Not only do you need to pass the basic driving school but you will also be charged with watching a series of videos on sportsmanship and racing etiquette before you hit the track in the online racerooms. 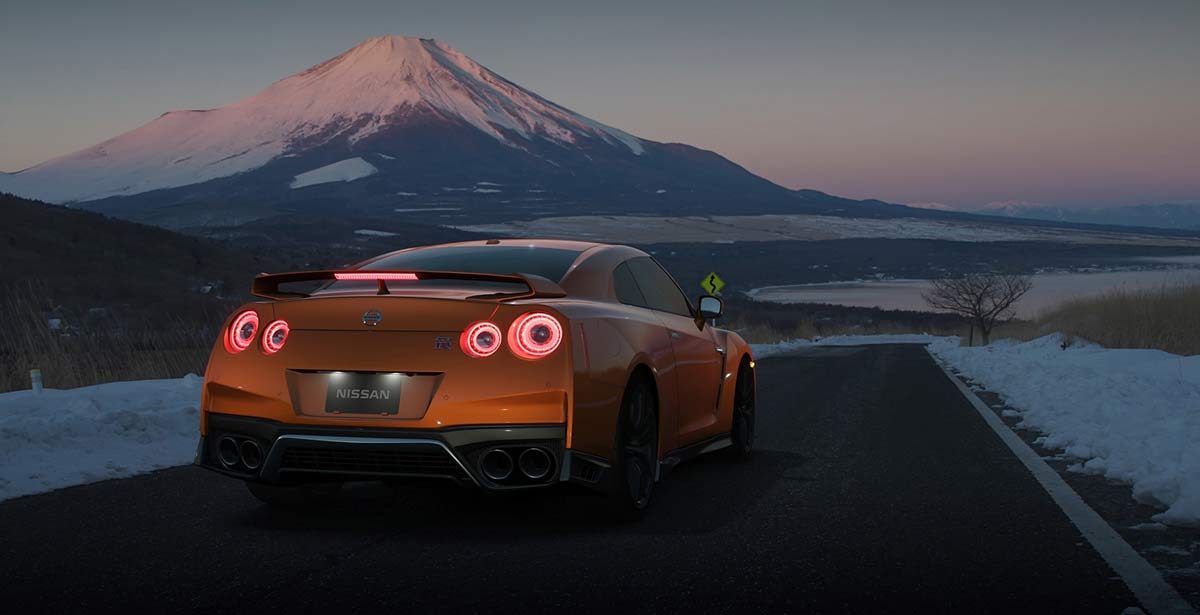 Right now the game serves up a series of daily workouts in the form of timed race events which require a qualifying time before you are matched with similarly skilled online opponents. Each event is timed and you can set times well before or work to improve on them in the lead up to the races. Matchmaking is relatively quick and fairly even with the differential between the first and last place on the grid being up to 10 seconds. I have experienced very little latency in the numerous races I have participated in up to this point and found racing to be fairly clean. Unfortunately, there are always a few players who mar the experience with erratic and inconsistent driving but this is to be expected. In an attempt to quell this kind of behavior Polyphony have implemented a sportsmanship rating, this starts at rank B and can alter depending on how you handle yourself on the track. Both sportsmanship rating and driver rating vary depending on your performance. Block opponents or push them off and you will find yourself being matched with similarly behaved opponents in addition to a demotion of either one or both of the aforementioned ratings, separating the wheat from the chaff. In addition to private lobbies, there will be more on offer as soon as the major officially sanctioned FIA lobbies and Polyphony Digital Championship events open up in early November and we will update this review with some thoughts. 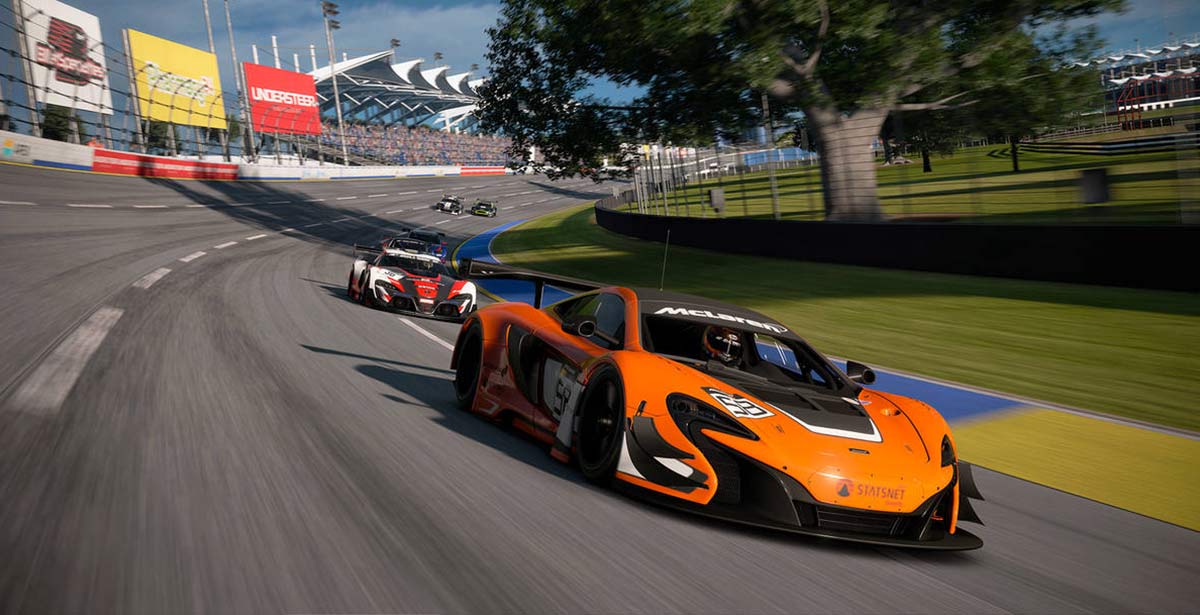 GT Sport handles like a dream and as well if not better than previous games. Despite the smaller selection of cars on offer, each car feels vastly different from each other with major leaps forward between the select classes. From the stock standard road cars to the more high-performance GT series cars there are many different racing disciplines to try. I also spent some time with the VR portion of the game with a wheel and boy does the feeling and weight of the cars come alive here. Though slightly muddy in terms of texture, the VR is a great addition to the presentation bringing the most immersive sim racing to life on console. Unfortunately the VR is limited to a series of one on one races with AI opponents and a VR showroom in which you can drool over your favourite set of wheels and it would be great to see this extending to the real heart of the game. 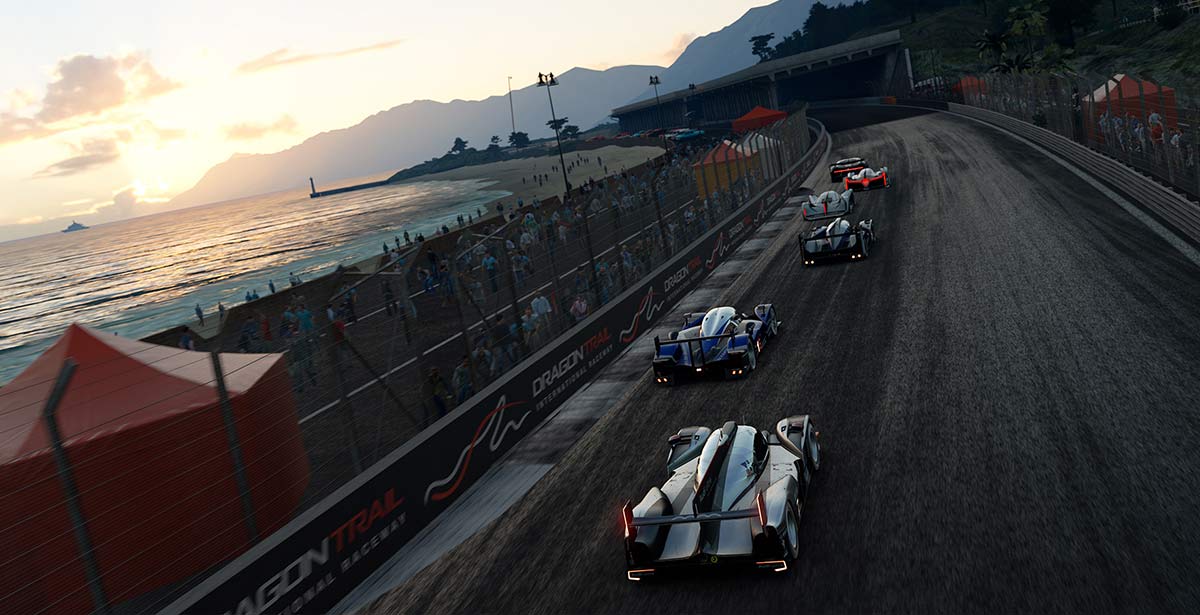 GT Sport is a bold direction for the series, one that many may feel at odds with. Having spent a substantial amount of hours with the game to this point I can say its grown on me. Players looking for the same old Gran Turismo experience will be left wanting, but if you embrace the multiplayer you will find hundreds of hours of top-class professional online racing. A sign of the changing times, GT Sport keeps the series name alive by staying relevant and remarkably accessible for longtime fans and newcomers alike and is definitely worth owning if you enjoy online competition at any level.

Professional racing at it's finest

Lack of fleshed out campaign

Marka100
This is a very well written review. However, I would rate the game 9.5 out of 10. If you have a PS4 Pro with a 4k tv the visuals are amazing. A strong online connection is also required for the multiplayer. This is in my top 5 games on the PS4. The gameplay is amazing. Games like Project Cars do not have the authentic racing feel like Gran Turismo. So you could have a lot more cars and tracks but the racing is not so much fun. You have 1000s of hours gameplay in the online races and competitions with races starting every 5 minutes. One of the best multiplayer experiences ever. My only criticism would be there are a limited amount of tracks, but this could be corrected in the future with DLC and similarly with the number of cars. Gran Turismo is an amazing experience! 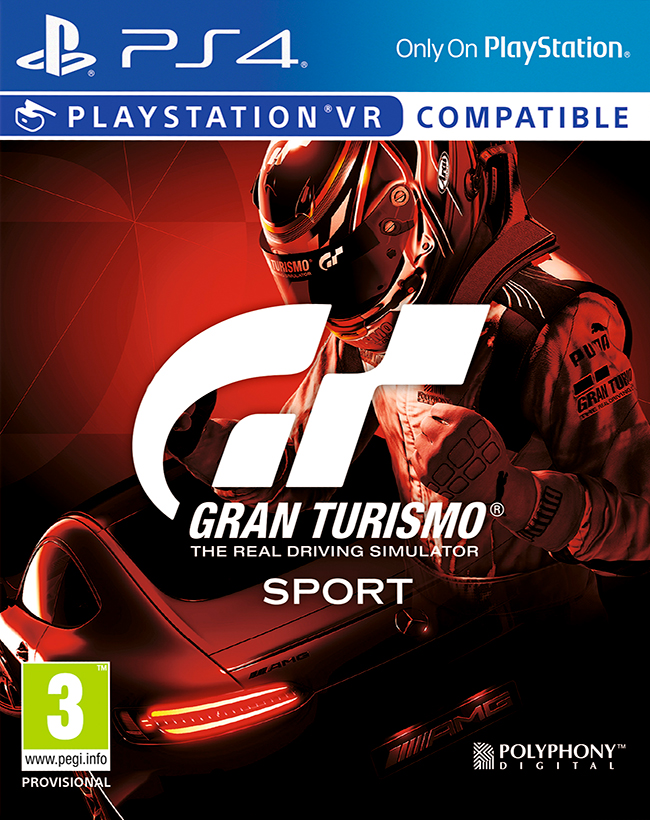