A beat’em up with choice 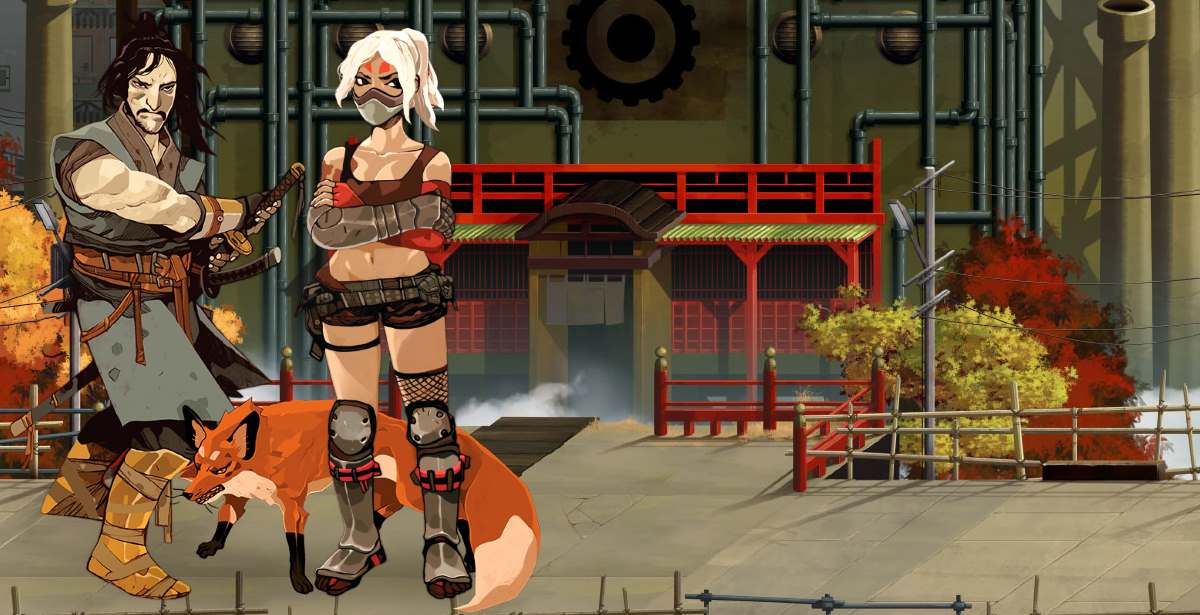 Samurai Riot tries something new for the side scroller beat’em up genre by giving the game a story that shifts and changes depending on the choices of the player(s) as they go along. Does this do enough to make it stand out and has the game managed to still keep the basics there to be enjoyable? The short answer is a definite yes in this writer’s opinion as I’ve now gone back through multiple playthroughs with each character and still intend on going back for more until I have all the endings unlocked.

As a longer answer I was initially quite wary of the game; the art style initially screaming as something I’d find on NewGrounds a few years ago. I was pleasantly surprised to find that the game fell more in the positive side of games with that certain look. Little things like the idle animations and minor details when your characters got up close to make use of their grab techniques made a definite difference to make sure that comparisons to internet flash based scrollers were erased. 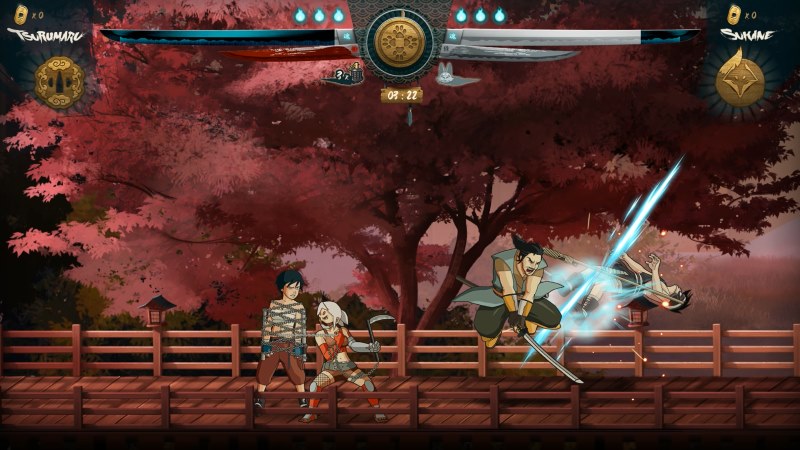 What’s more, the soundtrack that I at first had some worries would wear out its welcome, soon managed to throw little changes throughout levels and encounters to give the game a wonderful Eastern inspired soundtrack that suited the techno samurai setting.

The game sees you playing as either one of two protagonists, the samurai Tsurumaru or the shinobi Sukane. Each has their own playstyle to be mastered, Tsurumaru having a much more deliberate pace to his attacks with the ability to block attacks in a given direction as well as throw grenades that he recovers between fights. Sukane on the other hand is built for speed as she kicks, punches, and flips into and out of danger. Her trusty fox at her side, the spirit animal can be used as a weapon itself operating on a recharging bar. If you’ve got a friend to sit down with and a spare controller you can each take up the fight as one of the characters as full co-op play is supported. 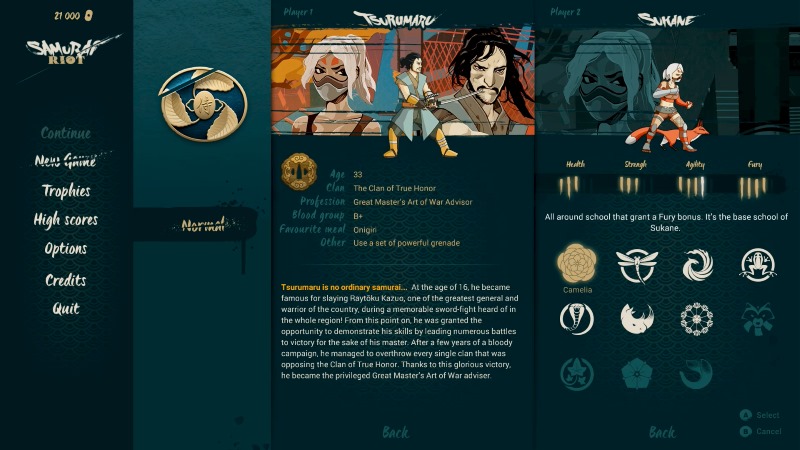 And in this comes one of the more intriguing components of Samurai Riot. Remember how I mentioned the game has a diverging storyline? Well if you are playing co-operatively and you get to one of these splits in the story and you and your partner don’t agree on the path forward you’ll just have to settle it like all good shonen animes would have you do so, with a fight! In the end the winners decision is the one that goes forward and this has major impacts on the levels you’ll be going through next.

On one playthrough you may end up killing the peasant rebel leader as your lord commands, leading to you engaging further rebellion and more mundane and magical threats to his lands. But say you rather sided with the rebel leader? Well then you may find yourself fighting your way back into your previous lands to deal with your former master. Due to this mechanic the game extends its playtime greatly as you’ll no longer just have the rogue light elements of buying new styles for your characters for future playthroughs, but also have reason to go back and choose a new path to see where the story may take you.

For all that Samurai Riot does well there are still some minor gripes that did popup for me. Certain encounters that I found very difficult in my first playthrough became very easy when I worked out where I could stand to take advantage of the enemy hit-boxes to avoid their animations but still get my attacks in. I also found a lack of a basic tutorial to teach me what the special attacks of each character were a bit annoying, even if I worked that out quite quickly with some play of the game. I’d suggest new players give the pause menu a look for the command list and quickly familiarize themselves with the throw button (and then try it on everything, you’d be surprised what you can get hold of). 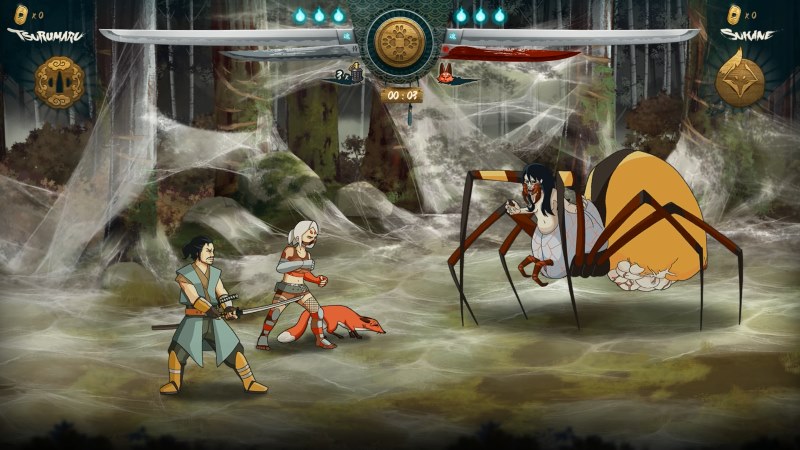 While I did enjoy the branching storyline I did feel like some of the paths don’t really get fleshed out too well either. Why did I go into the kappa falls exactly? Why was there a demon at the bottom? With as many paths to be taken and two characters to focus on the team can be forgiven for having some bland areas of some paths, but I’d have still liked a little exposition as to why I was going through some areas (what are beat’em ups coming to for me to want this?)

Overall I very much enjoyed my time with Samurai Riot and will certainly be playing through more until I have seen each ending. I also look forward to getting people to play who want different stories and seeing what happens come decision time. It’s clear that the developers have really enjoyed making the game and that effort has gone into making sure the spirit of old beat’em ups was maintained while bringing in their own flair and ideas. Samurai Riot definitely deserves a look into for fans of the genre and those looking for something quick and easy to get into playing with a mate some time.

Not all levels are given story components