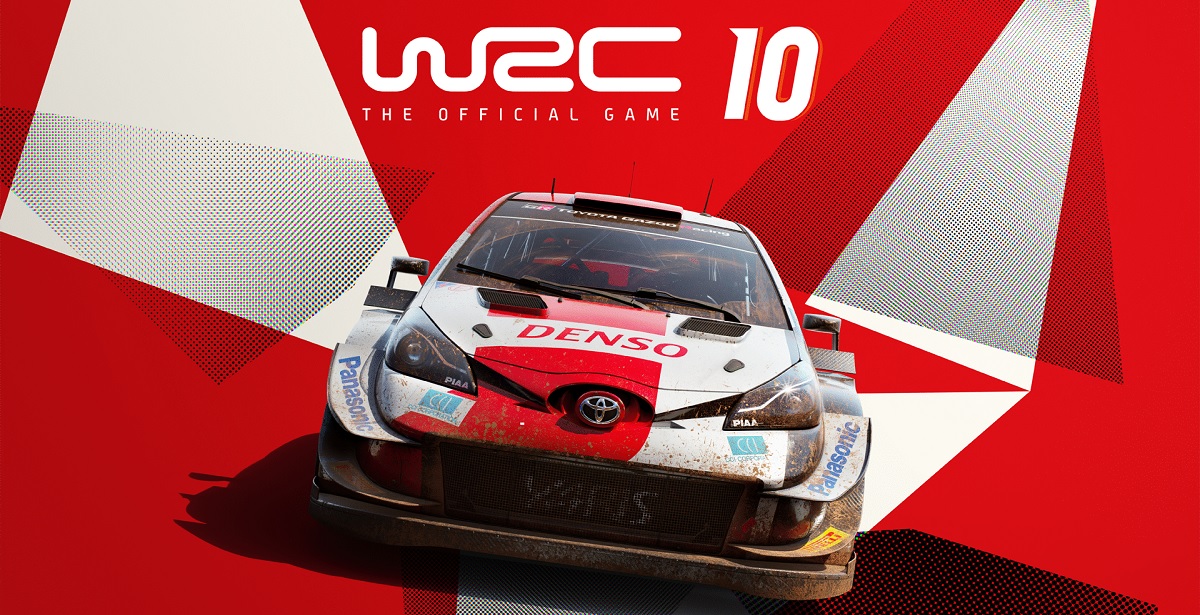 While rally driving isn’t exactly the most popular motorsport - certainly not as beloved as Formula 1 in South Africa - it does still command a worthy amount of respect, thanks to drivers who constantly ride on the edge of disaster at mind-boggling speeds in purpose-built vehicles. Celebrating the FIA World Rally Championship’s 50th anniversary is no small feat. Yet a part of me wished that KT Racing would leap at the opportunity at expressing one of the most dangerous motorsports in history. Instead, WRC 10 feels like a small step in the right direction, instead of a worthy celebration. 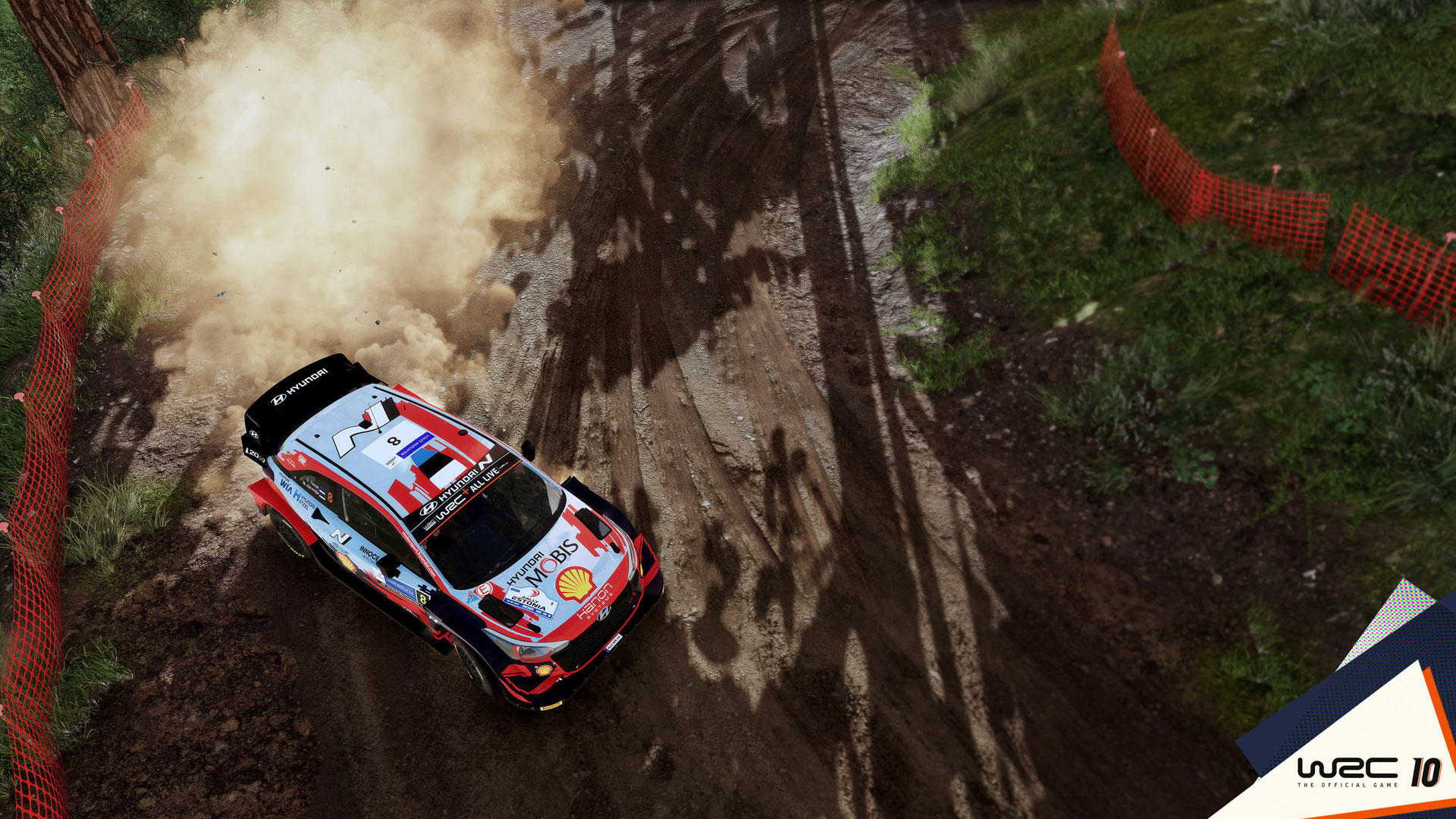 WRC 10 comes armed with the most retro content to grace the series so far, with a new mode featuring cars and stages representing almost five decades of hot-blooded rallying racing history. Combined with a robust career mode, players are treated to the most in-depth official WRC game to date. However, that is a rather hollow victory, since nothing has really been drastically changed since WRC 9.

...this is a raw injection of history into the series, elevating itself above just adding classic cars to WRC 10.

The 50th Anniversary mode is an important part of this year’s WRC game, and it makes it clear that this is a raw injection of history into the series, elevating itself above just adding classic cars to WRC 10. The new mode features its own separate menu and era-specific photography that makes everything feel rather special at first. However, it doesn’t take very long until you're just moving through a small collection of time trials with a little bit of text to give you some context to the race you’re about to take part in. 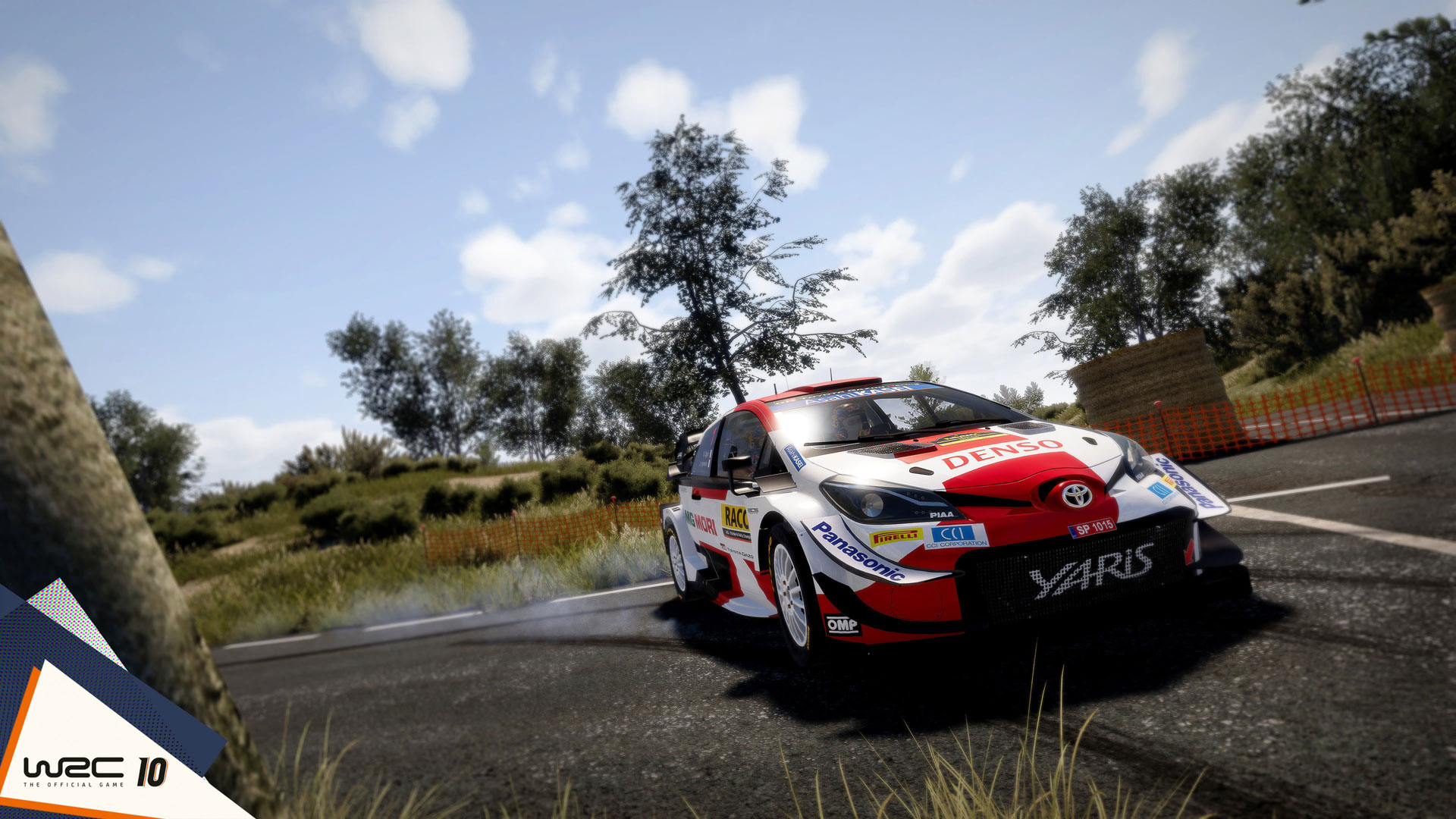 This further becomes an issue when facing the difficulty to some of these Anniversary races. The time requirements become very strict as you progress through the mode, and at least during the review period, I was unable to adjust the difficulty settings for this mode. Considering that this is meant to be a celebration through the ages, I found it rather odd that KT Racing would opt for a challenging experience for its Anniversary Mode.

Newcomers will definitely be put off by the time constraints, but thankfully, KT Racing thought of a way around this. Quick Play allows players to access all of the historical stages and their rides without any of the taxing pressure found in Anniversary Mode. Players can mix any car on any stage, whether it be modern or historical. The older stages were incredibly fun, with KT Racing opting to strip out modern stage safety features, and instead, place spectators dangerously close to the track. Nothing is as dangerous as Group B in its prime, but the addition of spectators being murdered by a rally car does provide a compelling challenge, since this will instantly respawn you on track with a large penalty. It really drove that authentic sense of rallying home, minus the consequences that came with the adrenaline pumping dangers. 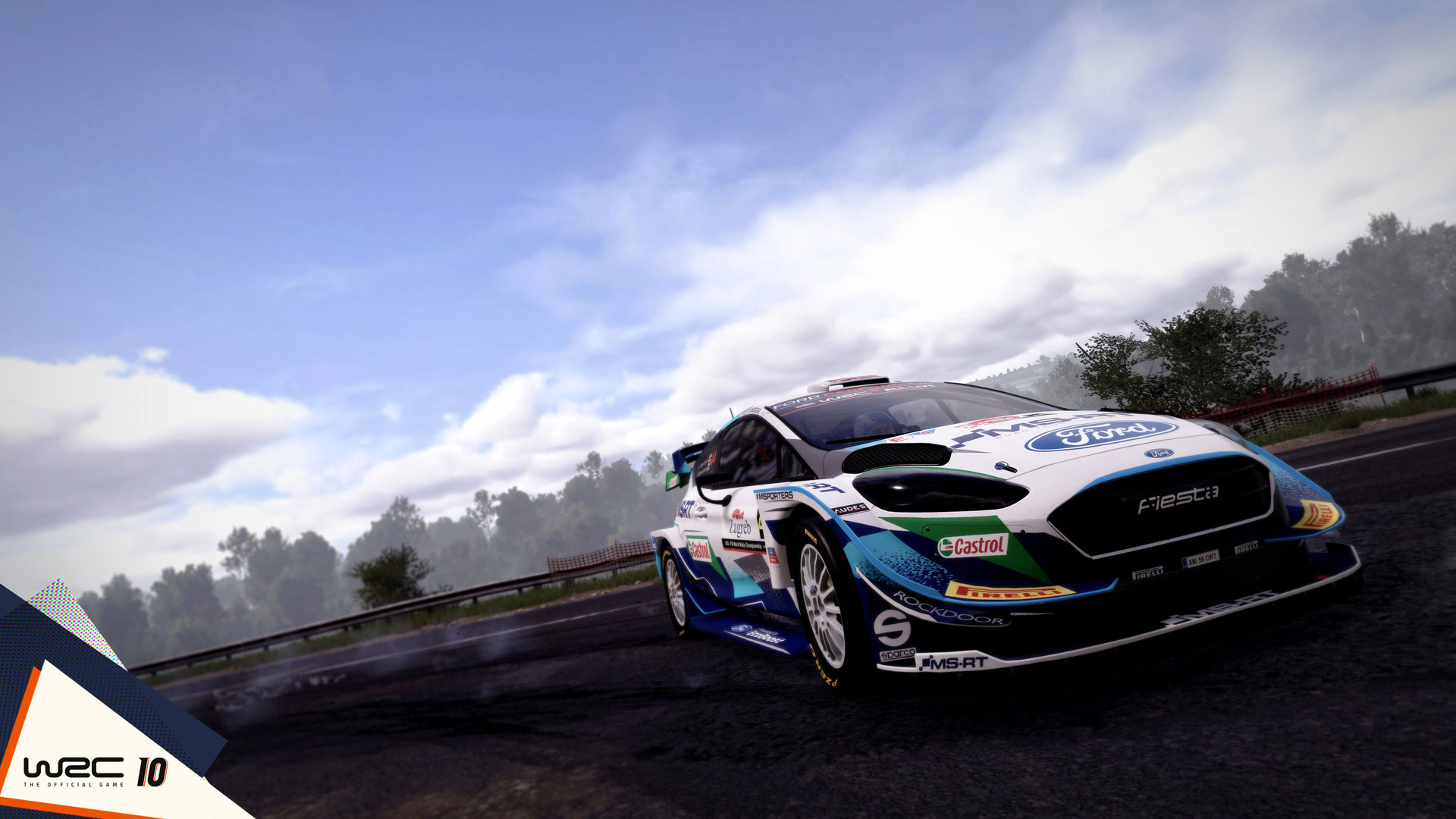 That being said, the Career Mode is where solo drivers will spend most of their time. The basic structure of WRC’s Career Mode remains intact for both the good and the bad. Having to still start from the bottom at WRC Junior or WRC 3 series can be a bit of a pain, since there is no way to skip past these beginner trials and go straight into the WRC championship. While this may not be much of an issue for new players, this is rather cumbersome for those who are faithful to the series.

The basic structure of WRC’s Career Mode remains intact for both the good and the bad.

Building my own team was rather entertaining, having to form the team around their personalities and traits. Managing your team and car efficiently still remains the focus in Career Mode. KT Racing has taken this to another level by including a livery editor, allowing team owners to fully customize their cars, offering just a bit more immersion to enhance the experience. That being said, tearing through the various stages and building my team up was as enjoyable as ever. Returning fans won’t be disappointed, but given the fact that we’re at the helm of next-generation gaming, I was expecting a bit more from the series. 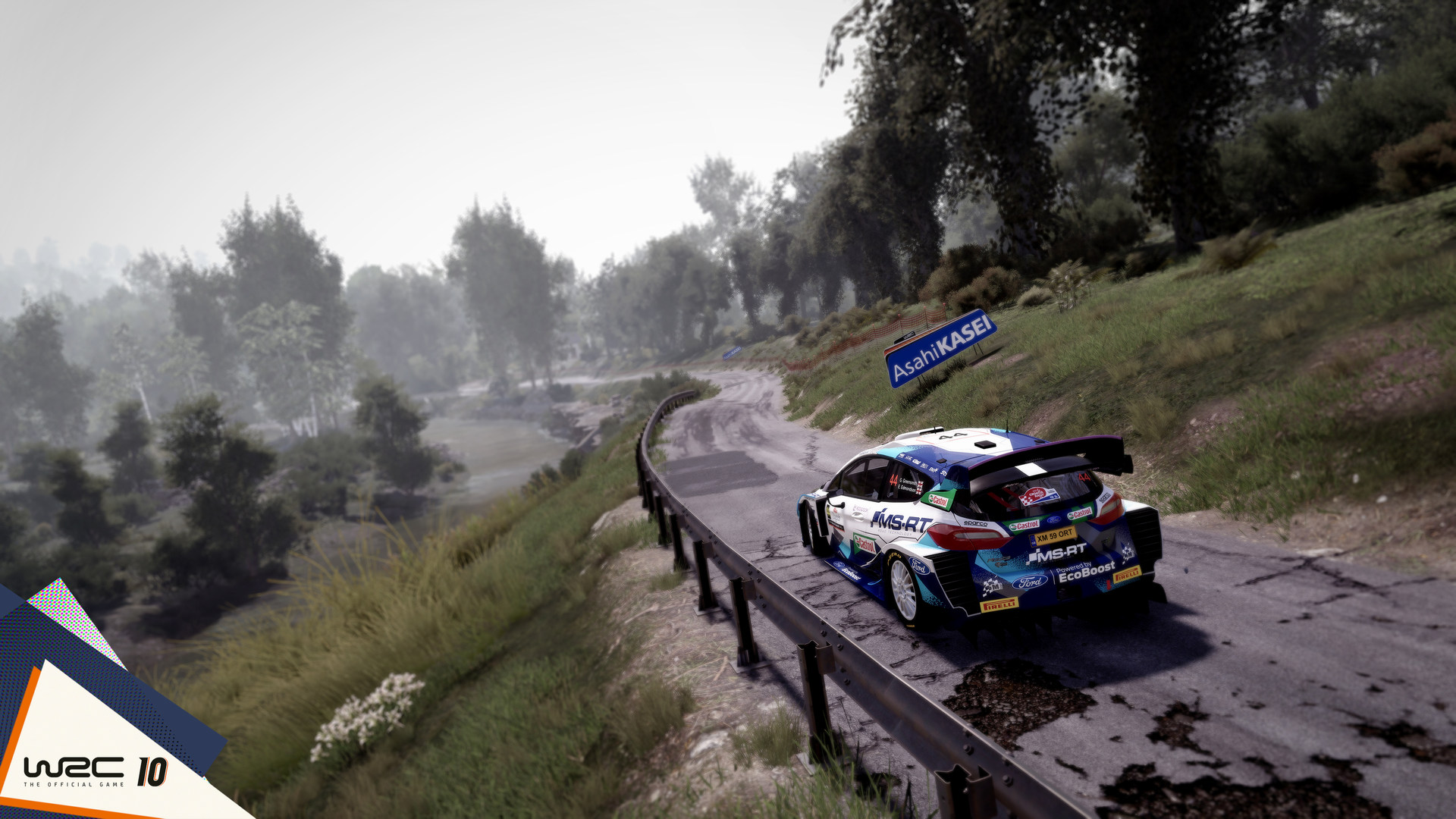 It doesn’t take very long to see the similarities to WRC 9, but there have been subtle tweaks to the physics of the cars and how the tires interact on various surfaces. I reviewed WRC 10 on the PlayStation 5, and used the DualSense controller for the duration of my testing. I greatly appreciated how the feeling of the cars changed slightly, creating a subtle learning curve before being able to push a vehicle to its limits on the track.

I would, however, have loved to have seen just how far KT Racing could push the haptic feedback on the DualSense controller. The feedback provided by cars could be drastically improved through the controller, as many of the DualSense features aren’t being used to its fullest. You do get the sound of gravel ricocheting from the undercarriage of the car, but I would love to have felt how much grip the car has through the triggers. These minor additions would go a long way for WRC 10, and add a deeper layer of immersion into the rally sim game. 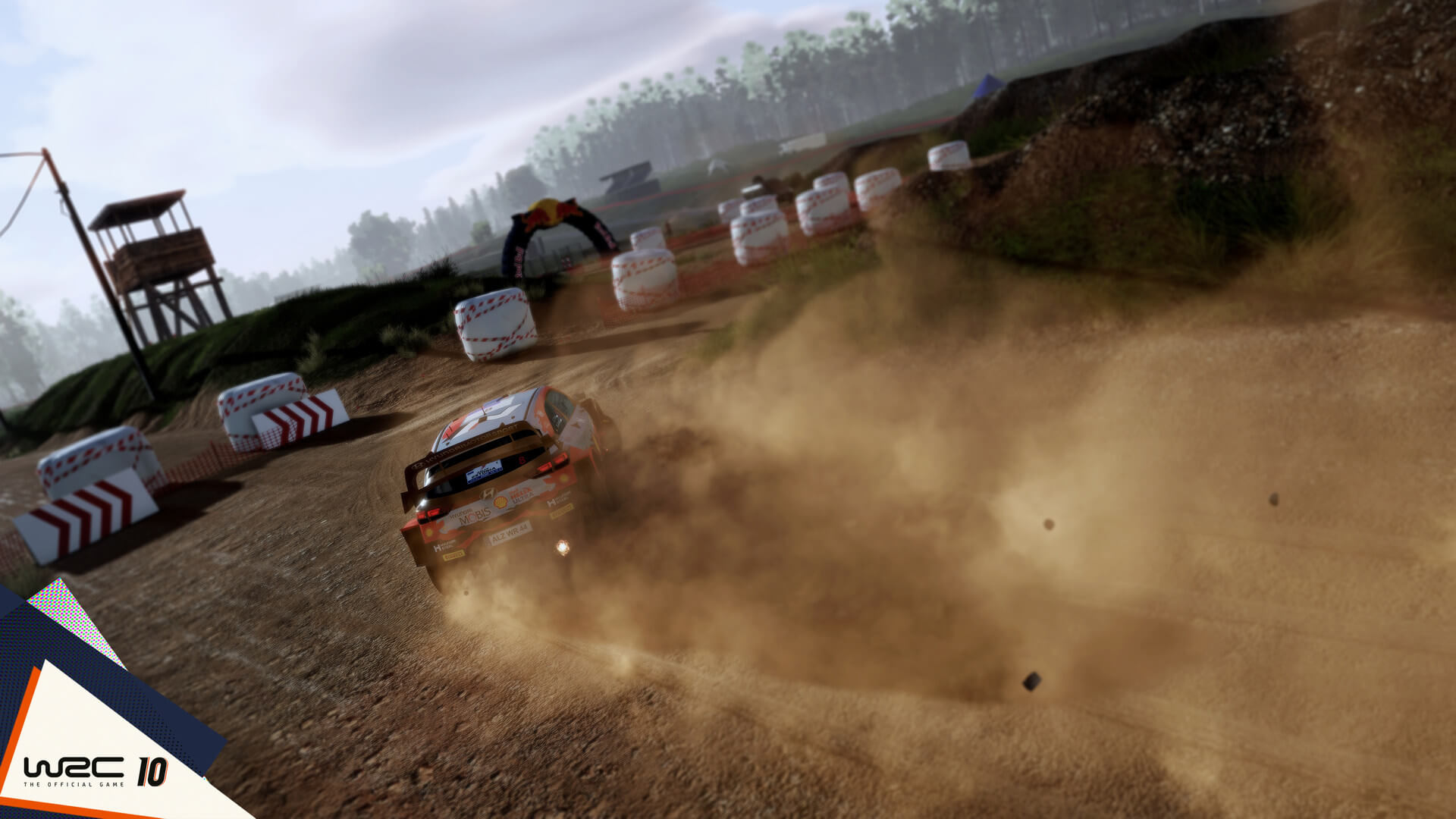 Visually, WRC 10 does look rather dated. There is a high resolution and stable frame rate (up to 120hz) mode on the PlayStation 5. WRC 10 walks a visual tightrope that borders on that of previous-generation consoles at times. Trees, grass, and bushes tend to feel out of place, with the cockpit lacking the same level of polish the rest of the car has.

...the game feels like it suffers from the time constraints of being an annual product.

Throughout my entire time reviewing the game, I have somehow managed to build a love-hate relationship with WRC 10. On one hand, KT Racing have done a fantastic job of recreating the various stages and licensed rally cars. But on the other hand, the game feels like it suffers from the time constraints of being an annual product. While its competitors are freely exploring new and exciting ways to bring fans into rally racing, WRC 10 feels like it's living in the shadow of its own potential.

WRC 10 FIA World Rally Championship is a really well-balanced all-around experience built on a reliable formula. Rally fans will find plenty of things to do across the large roster of content. Players new to the series will find the game to be a compelling pack, but those coming from WRC 9 will find very little to love. KT Racing showcase their amazing knack for stage design, which brings a lot of the historical rallies to life, but the game would do wonders without the fluff sprawled throughout the game. While this may a celebration of rallying through the ages, it feels like WRC 10 kicks things off with more of a sizzle than a bang.

Underwhelming celebration of 5 decades worth of rally racing