The most satisfying loot grind 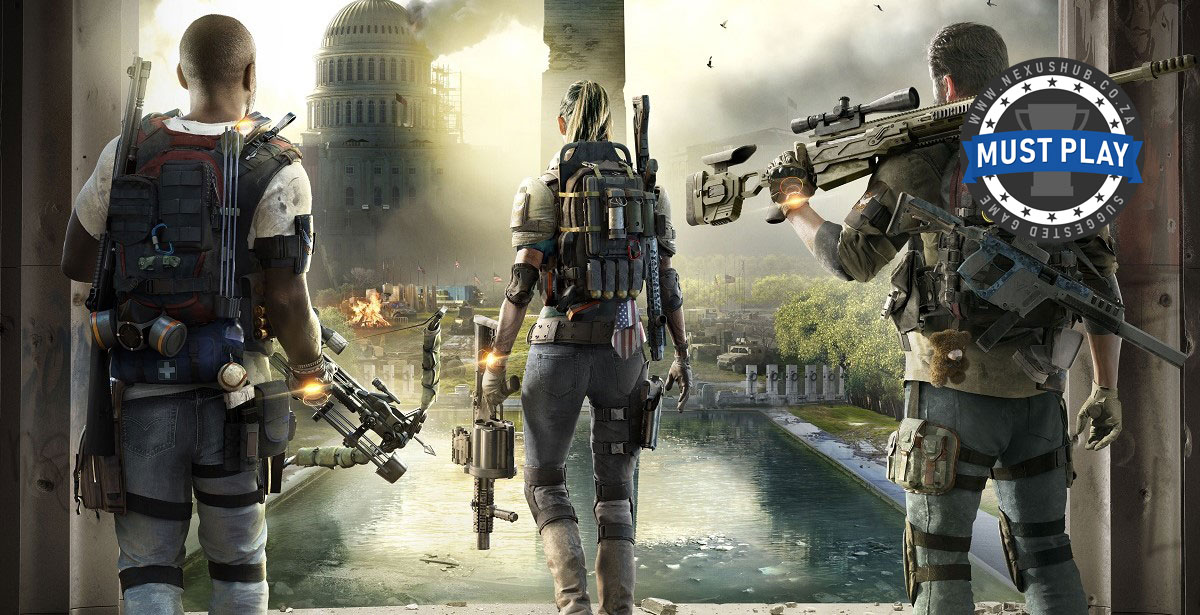 The Division 2 launched a week ago today, and after some 40+hrs into the looter-shooter, I think it's fair to call this a refresh to the genre, showing how great and fun these games can actually be. Without further ado, let's jump straight in. 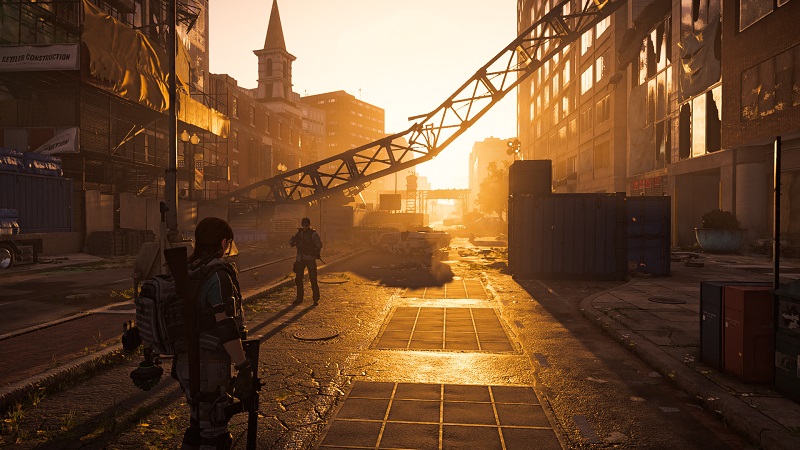 I once could see, but this sun is killing me

The Division 2 is the anticipated sequel to the The Division - set in New York City in a post-apocalyptic setting. This time around, the game is set in Washington D.C., and this presents an incredibly different environment to explore. The vibrancy of Washington is shown through the broadened color palette, making the world not only more appealing to look at, but more natural as well. Although, Ubisoft has always made beautiful looking games, and they have played to their strengths here, as the environment is stunning to behold.

The story of The Division 2 is not the most memorable one, but then again, it never sets out to deliver this powerful narrative experience. While I still think that the political statement that it was trying to make, could have been given some more thought, nobody plays a looter-shooter for the story. In saying this, it easily a recommendable story, as it sets itself up in the world naturally, and the premise is, essentially, to rebuild the city, which is what you do. The lore of The Division 2 is told through various messages and Echoes throughout the map, and the game lets you explore this at your own leisure. 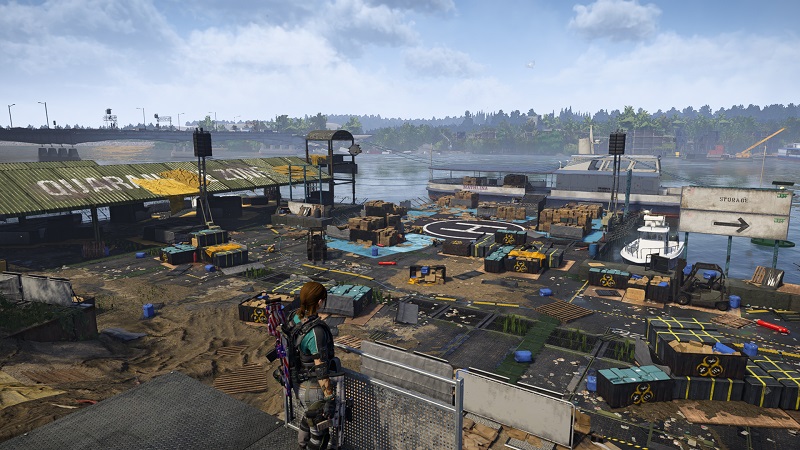 Wonder if this area is contaminated

Speaking of, the missions and side content ties into one another, which adds to the feeling of a single connected world, rather than a disjointed map stuck together. Yes, regions are level-blocked, but nothing stops you from entering those places; only your severely-underpowered gear and skill set will hinder your progress. However, because of how different each point on The Division 2 felt, I never felt the need to explore outside of the area I needed to "liberate". While missions could be boiled down to "shoot everyone", the variety of enemies, area types, and the minute tweaking to each point's objective kept each encounter interesting and memorable.

Enemies come in all sorts of shapes and sizes, with armoured enemies, skilled enemies, cannon fodder, tactical NPC's, and so on. Some launched drones, some deployed turrents, while others ran around healing enemies you killed already, and there were those who just lobbed an assortment of grenades at you. One note-worthy introduction is the armour system, and armoured enemies, where rather than simple bullet sponges, you will need to target specific armour pieces to expose an area for serious damage. These enemy types also tie into each of the three factions in The Division 2, as each faction will feature a variant or two of each enemy type. Again, this prevents the combat from becoming stilted and repetitive, and keeps things exciting. 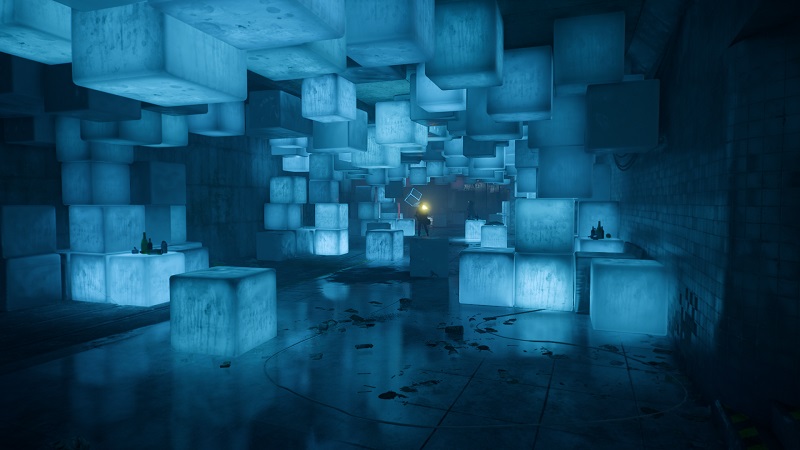 The combat was fantastic, and a good thing too, as it's a core component of the game. As I said above, engaging in all these enemies at once in each encounter forces you to be very much aware of your surroundings, planning exit strategies, and being mindful of who is flanking you. Enemy AI has also received a mega-upgrade, and has become a lot more challenging, as they will work together to take you down rather than simply swarm you in numbers (which they still do). For example, one enemy will freeze you in place with a similar contraption to the GLOO cannon in Prey, to which everyone will simply whale on you with all of their might. The Division 2 is, by no means, in short supply of enemy types, and isn't afraid to send them all at you at once.

The skills system has been tweaked slightly, and you are no longer bound to a single perk choice from the beginning. The game encourages you to change your skills per encounter you face, with some offering better efficacy for turrets, drones, healing items, or defensive options. Either way, as long you have the skill unlocked, you can change it mid-fight. 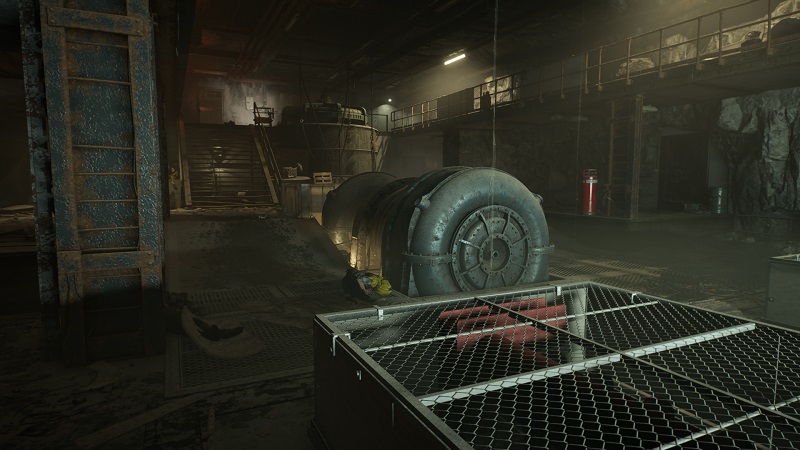 The average size of a Golf Mk1 Turbo

Endgame content was extremely rewarding, with the map "resetting" with a new enemy faction for you to encounter, the Black Tusk - which are much harder and smarter - but the gear rewards ramp up. This new factions introduces new enemy types and more aggressive combat, it also brings the Specialisation class, where you get to choose between a Granadier, a Sharpshooter, or an "Assassin". These specialisations offer individual skill trees, as well as a signature weapon, namely a greande launcher, a crossbow, or a sniper rifle, and you can change between these at any time. Not only do you get better gear, but you get better gear more frequently, and the content is plentiful to keep you engaged in The Division 2 for an extra 15-20 hours. Endgame is where your lessons throughout your previous 30 hours will shine through, as you will need to fight tooth-and-nail to take the Black Tusk out.

The AI actually has tactics, and its dynamic in sending enemies at you, formulating actual strategies to defeat you. Adding to this, The Division 2 always puts new environments in front of you for you to capitalise on, but also lets enemies discover the best way to take you down as well. The distinguishment between long, close, and mid-range combat, makes each encounter a tactical puzzle, as well as fun shoot-em-up. 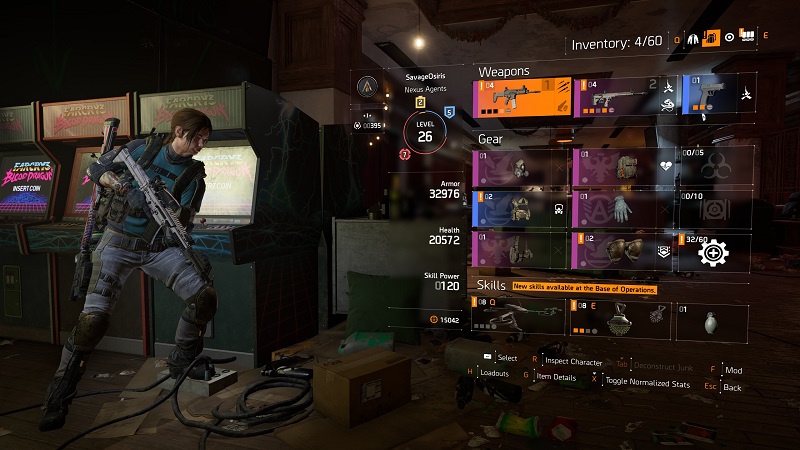 Such a pretty UI

Reverting back to the visual element, lighting has been dramatically enhanced in The Division 2, and not just in terms of brighter and better, but the lighting system is dynamic, and can seriously impact your vision. The same can be said for the dynamic weather system, and the day-night cycle, as fog can drastically reduce your vision, making spotting enemies harder, as well as rain and thunderstorms that mess with your equipment. At dawn or dusk, the light from the "sun" is so intense, that I was almost blinded once, and the game also adjusts itself when you venture from brightly-lit to intensely dark spaces, just as your eyes would in real life. These small details really enhance the world of The Division 2, and makes it feel like a living, breathing world, as well creates a better sense of immersion.

The Dark Zones, and even the Conflict PvP, are great and very well implemented, but I actually enjoyed the standard environments so much, that I never ventured much into those areas. To say that they were the highlight of the game would be a shame. The three Dark Zones offer there own unique challenges, with close and long-range combat, and you can still find good loot in there - so long as another agent doesn't take you out. 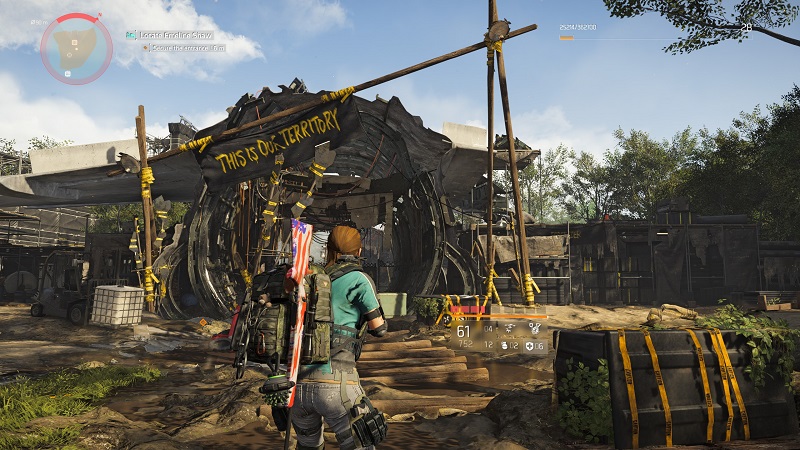 Correction, WAS your territory

The networking issues that plagued the original Division, were wonderfully negated in their latest installment. While I have heard of others having matchmaking issues, I, personally, never had these issues. Matchmaking was smooth and fast, and I was always able to find other agents when they were needed. I mostly took The Division 2 on solo, and it was actually a rewarding experience, but there were some encounters that I felt needed a squad. Working together was pain-free, so long as you had players who were familiar with looter shooters, but playing solo was actually just as rewarding. Honestly, I would've enjoyed the entire campaign single, if some areas weren't better played multiplayer. Loading times were also super-quick, as I never waited more than 20 seconds to load into The Division 2, and no more than 5 seconds for fast travel. Other than these times, there were actually minimal loading screens altogether. 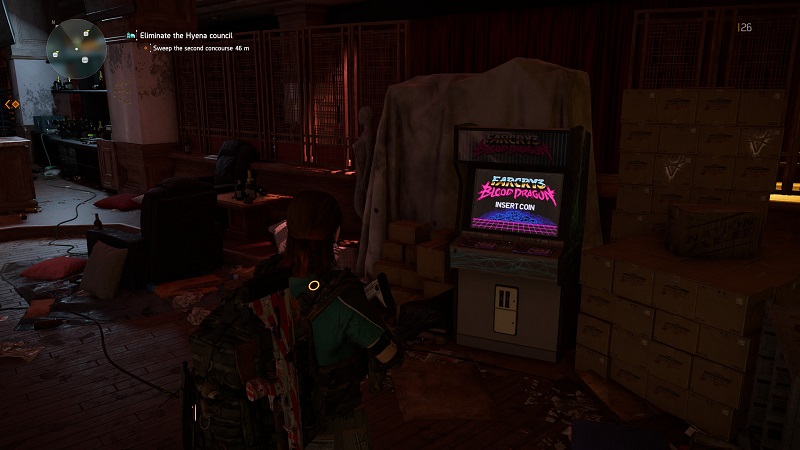 At least this gem wasn't lost in the apocalypse

Overall, The Division 2 offers a fantastic loot-and-shoot experience, and one that doesn't actually make it feel like a grind to get to the Endgame, where all the good loot is. The story is serious enough to make tasks memorable, and the side content is fulfilling and contributes to the game's progression. The combat is fast, intense, and well-paced, with each battle a taxing sessions of keeping your wits about you. This is definitely one of the best looter shooters I have played, and offers a plethora of content in the base game for you to enjoy, along with the future content that Massive and Ubisoft have planned. Finally, in essence, The Division 2 offers a looting-shooting experience where you constantly feel like you are making worthwhile progression, giving you an abundance of loot, plenty to shoot, and a stunning location to do it in.

Rob_Osiris
Thanks @vertex6671! Yea the second is a lot better than the first

vortex6671
I only recently started the first game. It's good, not great, but good. The second game sounds way better. Great review. 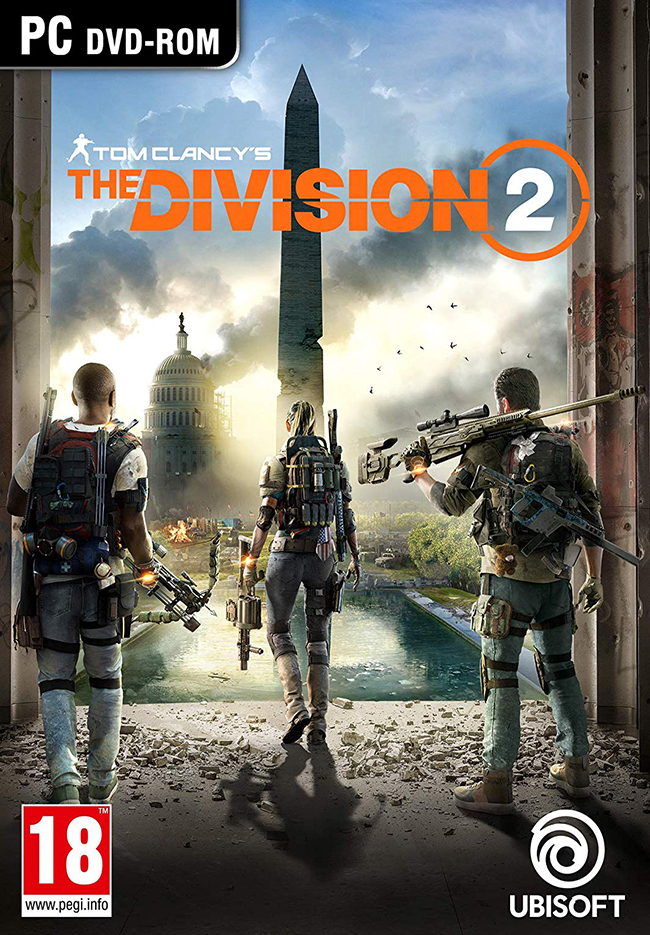