First gear on the highway.

by Community Guest Writer on 11 September, 2020 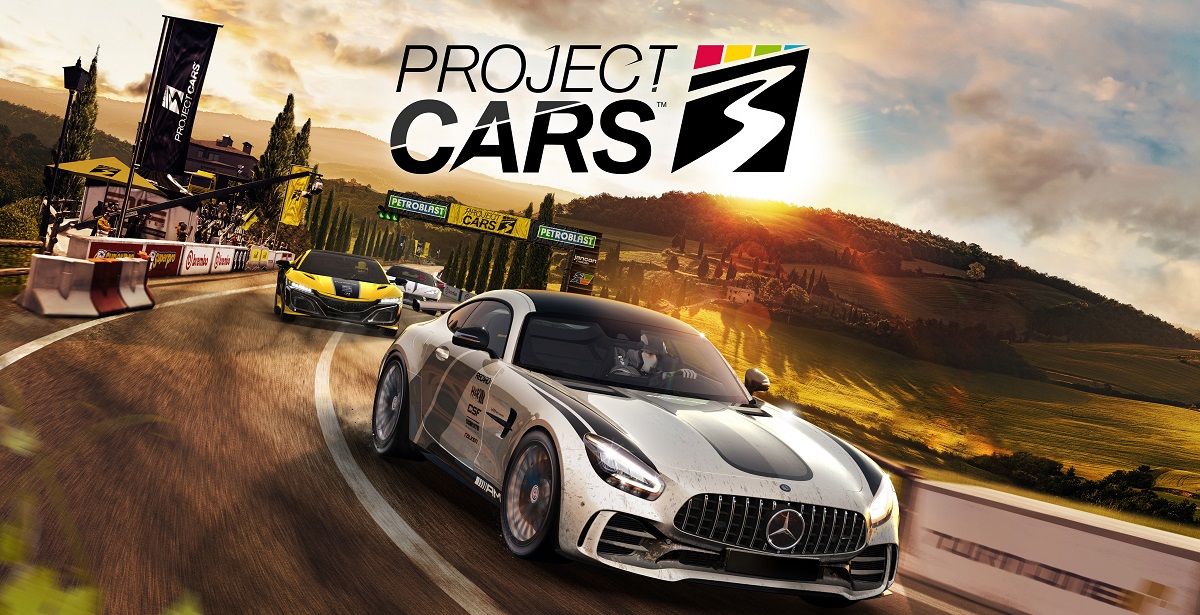 Okay, this has taken some time, because I wanted to be fair and thorough. Full disclosure, I love racing games, I have hundreds of hours in Project CARS 2 and I hold two of the fastest lap times in the game around Monza in the GT3 and GT5 Class cars. It has been hard not to see videos and sneak peaks of Project CARS 3 without feeling some excitement. It's a game I pre-ordered the second it was announced, having loved Project CARS 2 so much. I have tried to go into this review with the same mindset I approach all my Star Wars movies, ignoring any news/gossip/stories and having no expectations other than it being a racing game (which hopefully blows its predecessor out of the water). 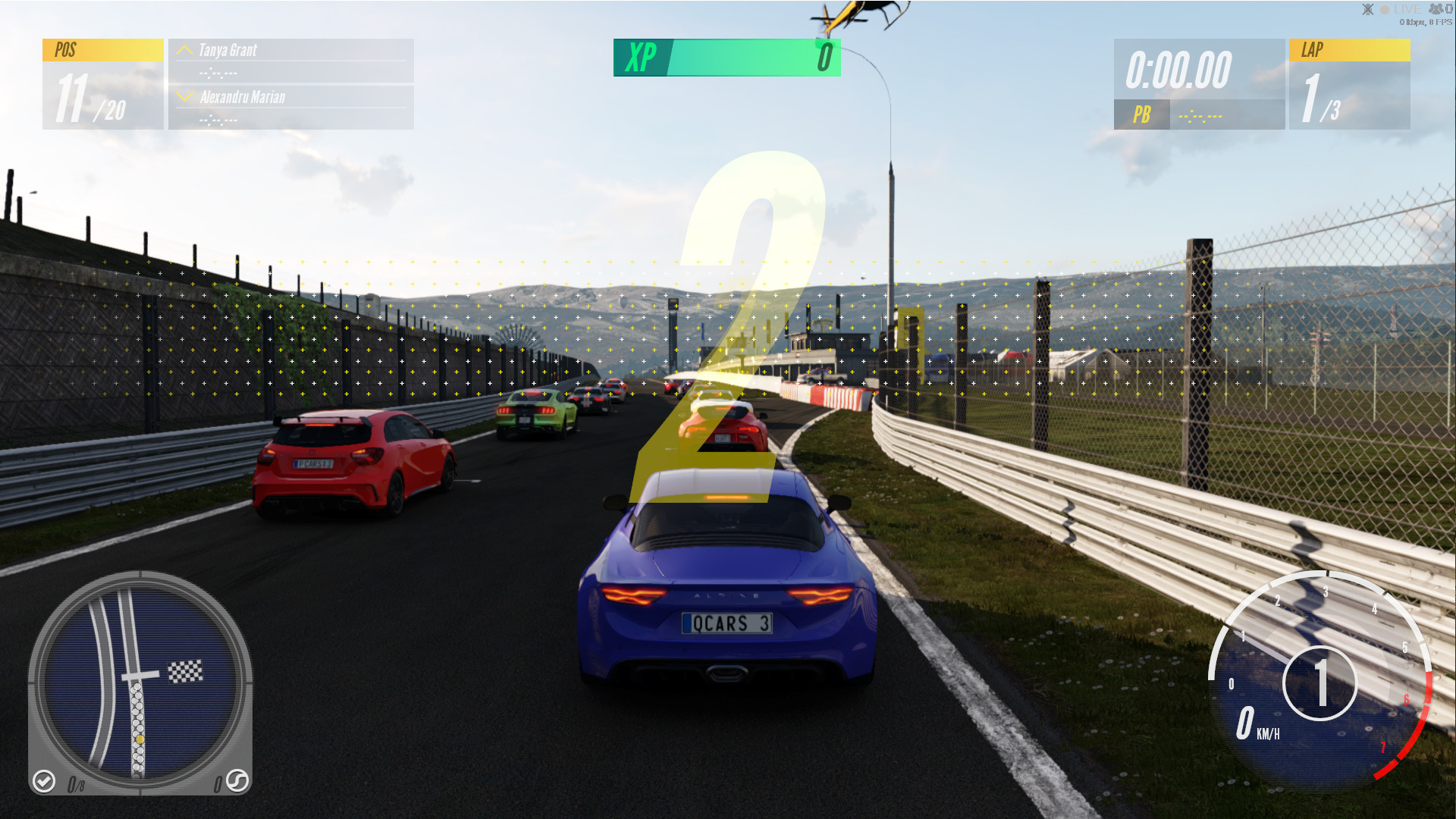 I fired up Project CARS 3, wheel setup ready to go; a short intro video away and you are launched straight into a race. Straight into the action. 3... 2... 1... GO!... go?... Please go? What's going on here? I tried my keyboard and nothing seemed to respond either (at this point in time, I have been rammed by every car that started behind me as the AI seems completely oblivious to your presence on the track, but more on that later) so I was not given any opportunity to setup my controls and thrown straight into a race. I look around the room, find my controller and turn it on... and the car moves. We are off!

This has put me about 30 seconds behind the pack which is annoying but exciting as I am up for the challenge of chasing my opponent down. Three corners later and I have passed... everyone? The AI seems to be driving at 80Km/h and huddled together like a second grade football match. I finished the first lap with a 15-second lead and moved on to win the race with a 23 second gap - some tweaking the difficulty settings should fix that. 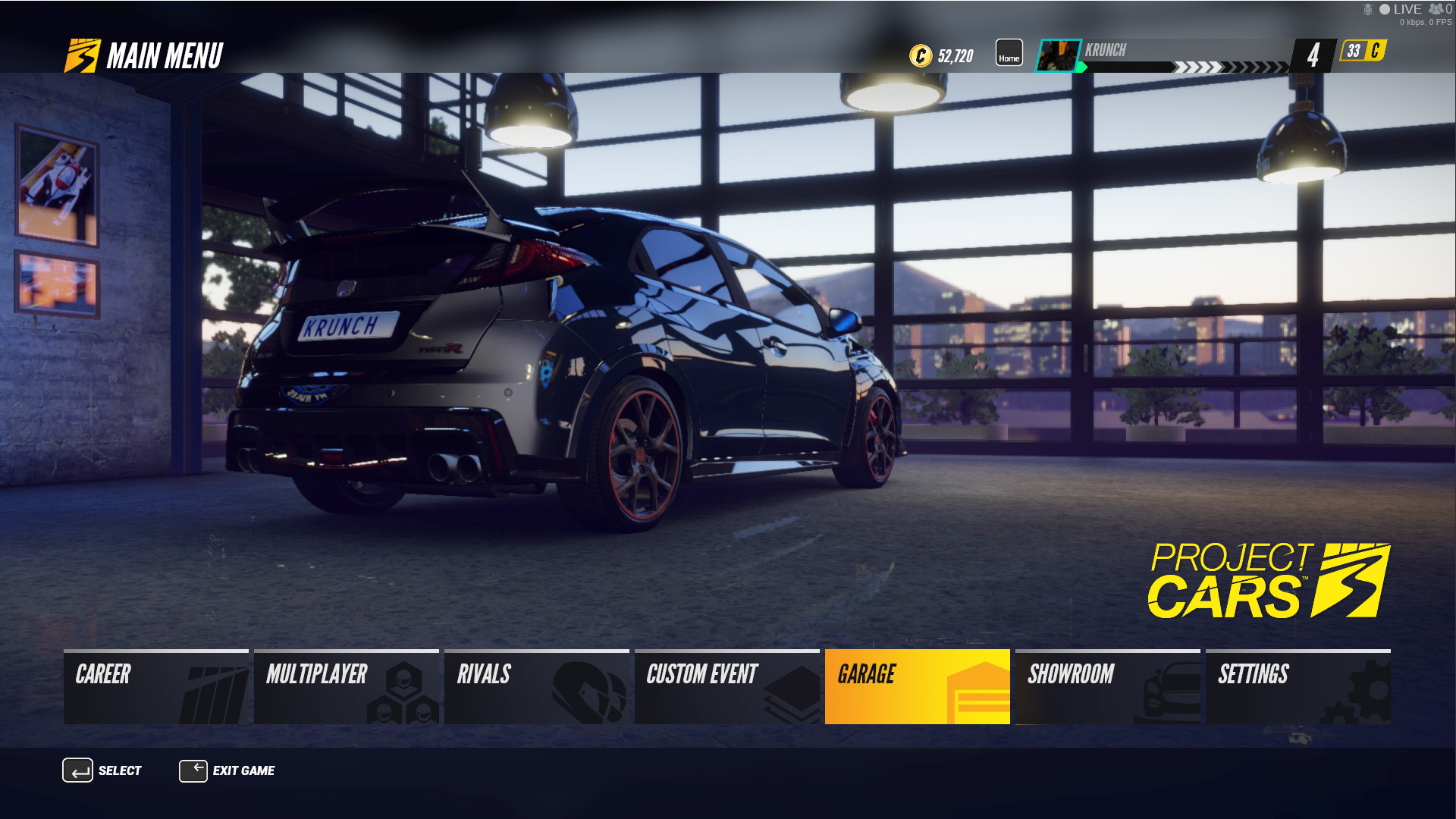 After the race, Need for Speed style, we are presented with 3 cars to choose from, so after being logical and weighing the pros and cons for the three cars on offer, I naturally chose the most powerful car: the Honda Civic. With my money spent, it was on to the career! Race one is set in a new location, a street track in China, and it's colourful to say the least. The racetrack looks like Pac-Man threw up after a rough night out. There are colorful little dots everywhere - brake here, apex there, exit on that point - it's nice if you have never played a racing game of any sort, I guess, but I make a note to turn it off. The car seems to roll a huge amount in the corners; mental note to tune that out later too.

The racetrack looks like Pac-Man threw up after a rough night out.

The race is over after two short laps with a massive gap between myself and the AI yet again. I move onto the next race and it's... a street circuit in China? Okay then. Race completed, more dots chomped. The win was exciting and I spam the Enter key to get to my next race as quickly as possible. Welcome to China? So it seems that to move on to the next race in the career, you have to go back a screen, move to the next race manually and then start it, which seems confusing at best and very illogical. Anyways, after four laps around China, I level up my car, win some achievements for mastering corners and level up my car which rewards me... 5000 credits. 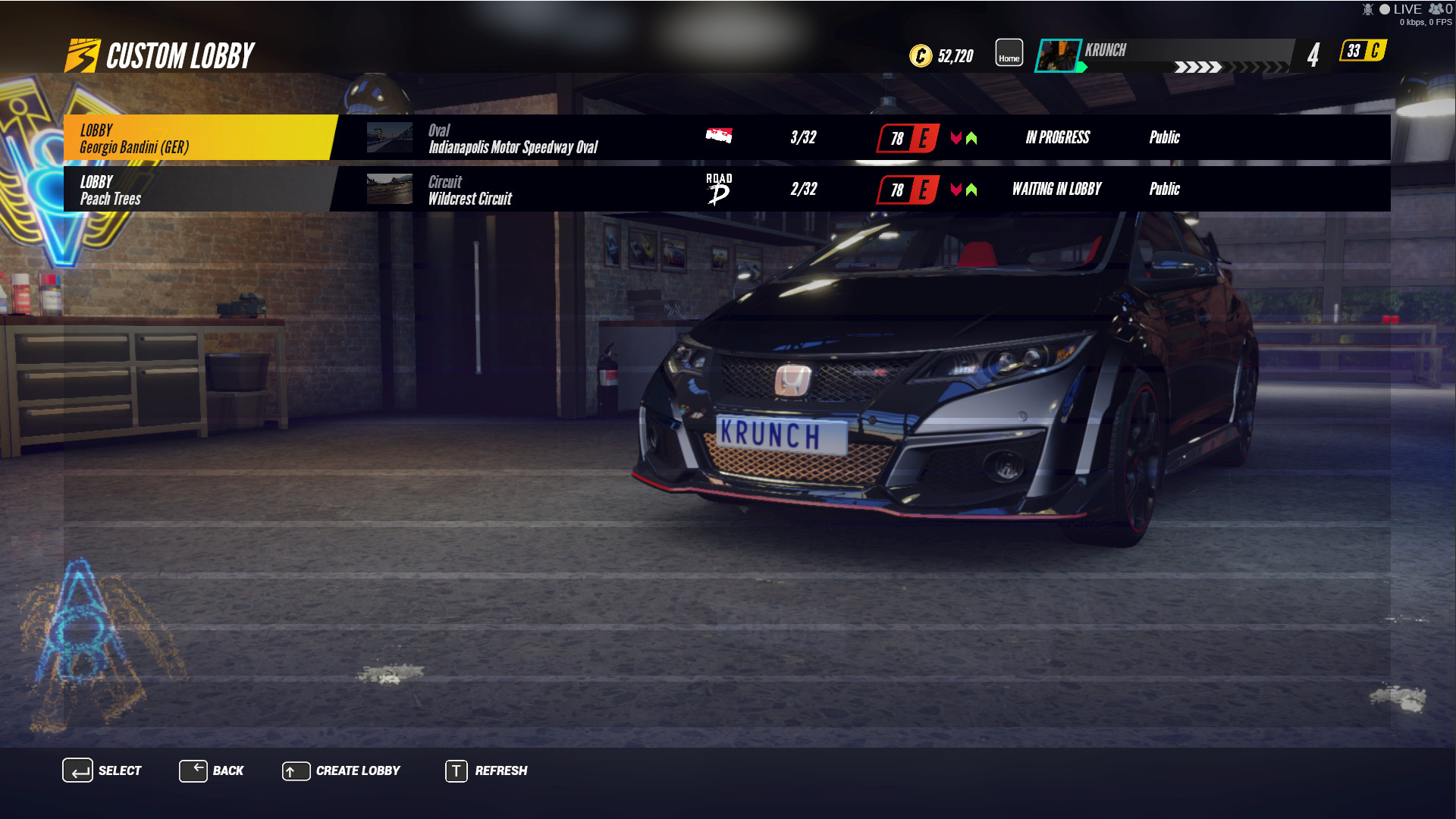 This is confusing as there has not been any need for currency in the previous Project CARS games. All cars and tracks were open from the get go. If you don't want to do the single-player, you can live in quick races, time trials and online multiplayer. I go to the garage to try and upgrade my car and it's a very Forza familiar method of adding parts and gaining X amount of performance points until you are as close as you can get to exceeding the performance of the class you are trying to race in. Upgrades cost money, money comes from races, and so the grind is born.

I pay to unlock the slot and try to adjust the ride height, which is locked until - you guessed it - I spend some money on a tunable suspension setup.

At the start of my next race, I decide to fix the roll I noticed in my month I spent in China and I click on the tuning button, which you have to pay to unlock (red flag). I pay to unlock the slot and try to adjust the ride height, which is locked until - you guessed it - I spend some money on a tunable suspension setup. So I do the race having wasted money on a useless tuning slot which didn't allow me to change anything I wanted or expected. 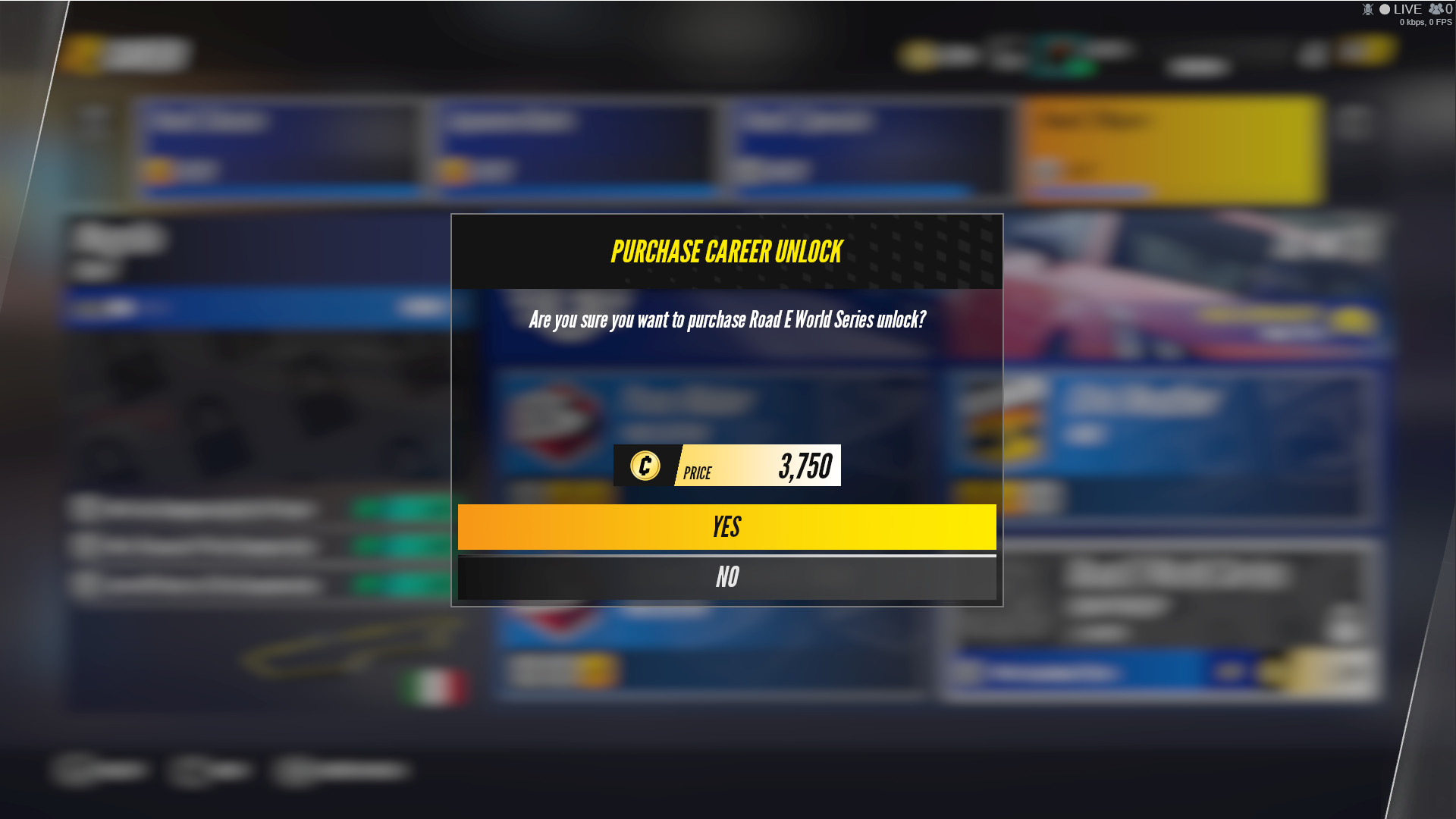 This race starts in the rain so I wanted to change to rain tires (it's a sim racing game after all), something I was familiar with from Project CARS 2 days (Monday). Tire setups seem to be a thing of the past, sadly, so I move on to do the race with magical tires that grip just fine in the wet and the dry. Part of the outcry when the sneak peaks of the game were released was someone noticing that the pit lanes were all walled off in the tracks we had seen.

Ian Bell, the CEO of Slightly Mad Studios, took to Twitter to reassure the sim fans that Project CARS 3 would be everything you wanted in a simulation game and more! I don't ever recall wanting Pac-Man to throw up on my screen in Project CARS 2. I guess sim racer now means overly simplified to try and grab cash from as wide an audience as possible, which is definitely going to harm the franchise. According to steam charts, a website that tracks the number of players online, during the past 24 hours a peak of 409 people were playing Project CARS 3 on PC, compared to 1500 people playing Project CARS 2 in the same period. 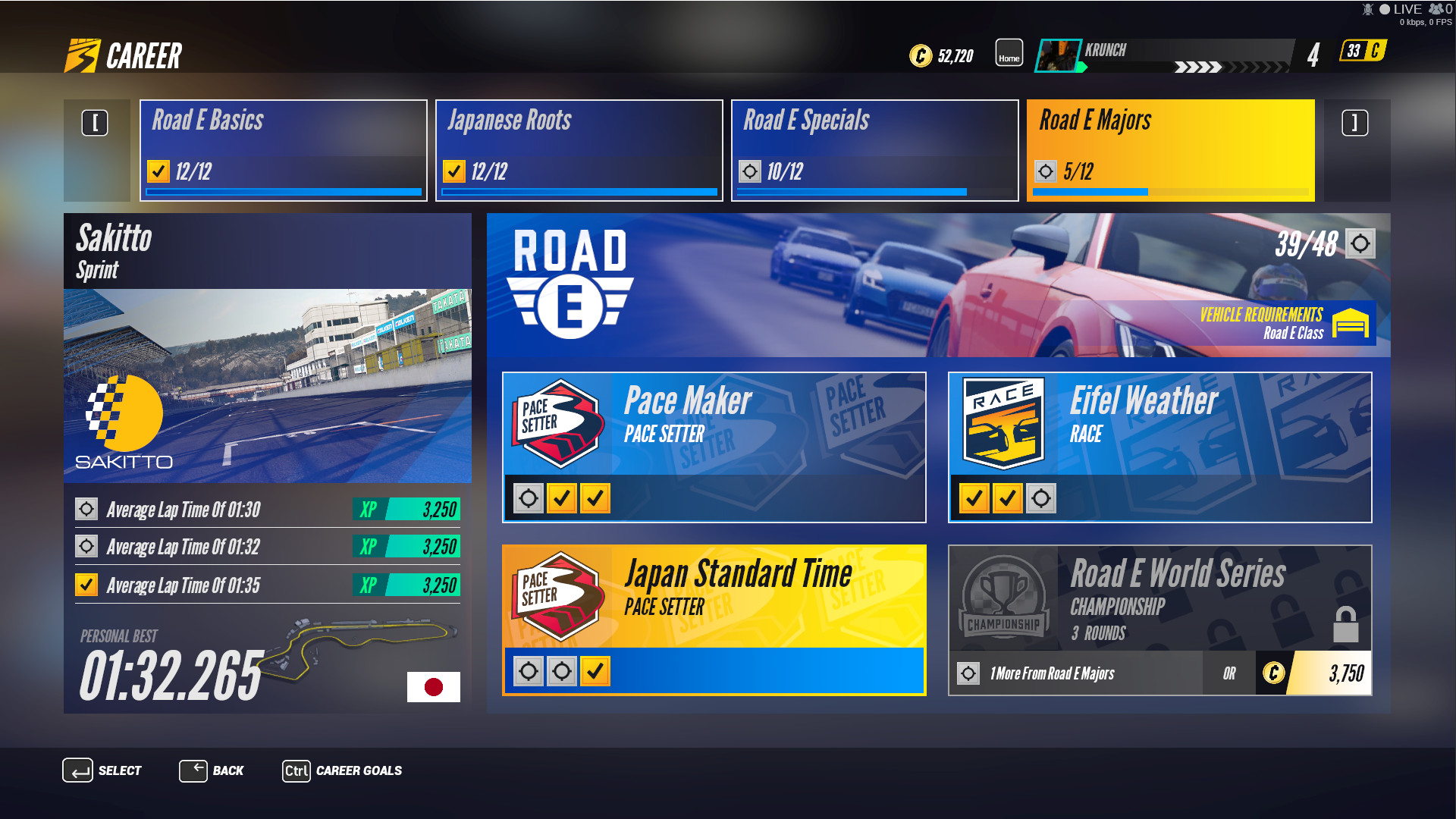 The online system is a hot mess. I have never seen more than four servers when browsing all with one person sitting in them. I tried a scheduled event, posted a qualifying time and placed first on the grid. When the race started, I was in a different car and it was a different colour that I don't even own/have customized (this happens in single-player often as well, your car will change colour from race to race). There is no discipline in the online racing due to how the single-player encourages terrible driving through little to no penalties. I was pushed off the track in the first corner which made my car incur a five-second ghosted period where my accelerator did not work at all. Needless to say, I finished in last place while the person who pushed me off the track went on to win with no penalty against him at all.

The online system is a hot mess.

When all is said and done, Project CARS 3 is a title I was super excited about but feels like a cheap knockoff of its predecessor. The graphics quality is lacking, there's very little to no content (most of the content is from Project CARS 2 and even then, there are still cars and entire tracks missing). I have played Project CARS 2 during the week while putting Project CARS 3 through its paces and I can honestly say that I have enjoyed the 2017 release much more. The graphics are sharper, the handling is what you would expect and while it's not the most advanced sim out there, it's definitely easy enough for friends to jump in with you and have some fun.

Project CARS 3 feels like it's a title that belongs in the bargain bin. There are better sim options out there (Project CARS 2, Assetto Corsa Competizion) and better arcade games (every Need for Speed game). A little extra time in development and more inventive ideas would've done this disappointing third installment in a beloved racing series well, but all it did was rehash previous ideas, significantly dumb down many aspects that made its predecessors so exciting, and mash together an incoherent mess of a sim racer that was clearly out for money above a good time.

*Review by The Jude
3

OMW haha. I must say after my two hours with it, I was disapointed at the stepback the game seemed to have taken - even visually (on PS4 pro anyway) and was pretty certain fans of the previous games were not going to enjoy the arcade styled theme and gameplay of Project Cars 3.

If I recall correctly, I read somewhere that it was originally called something else, like Project Cars evolution?Perhaps that would have been better off, to have this as an arcade styled spin off and as to not mar the racing sim fan's perception of the Project Cars brand they are used to. 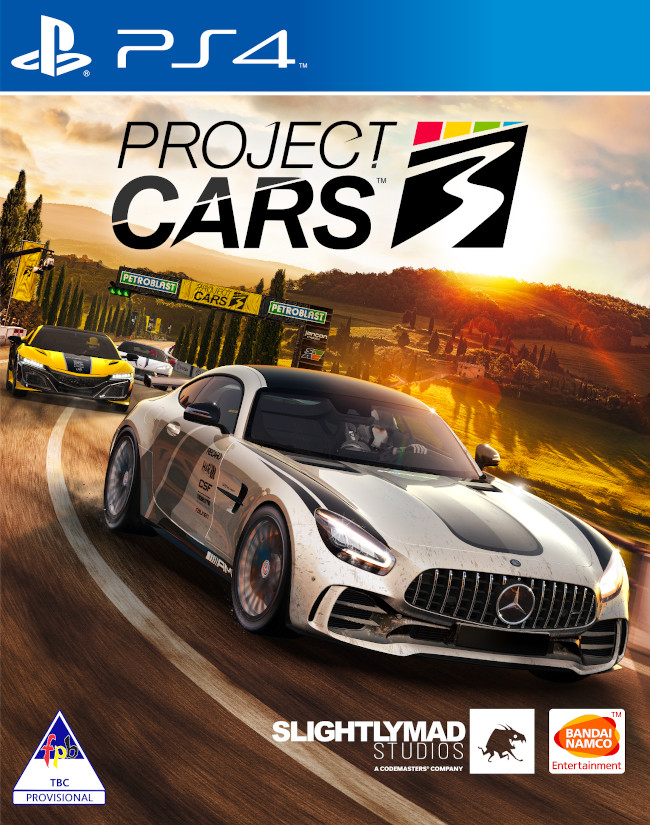