Stepping up to the plate. 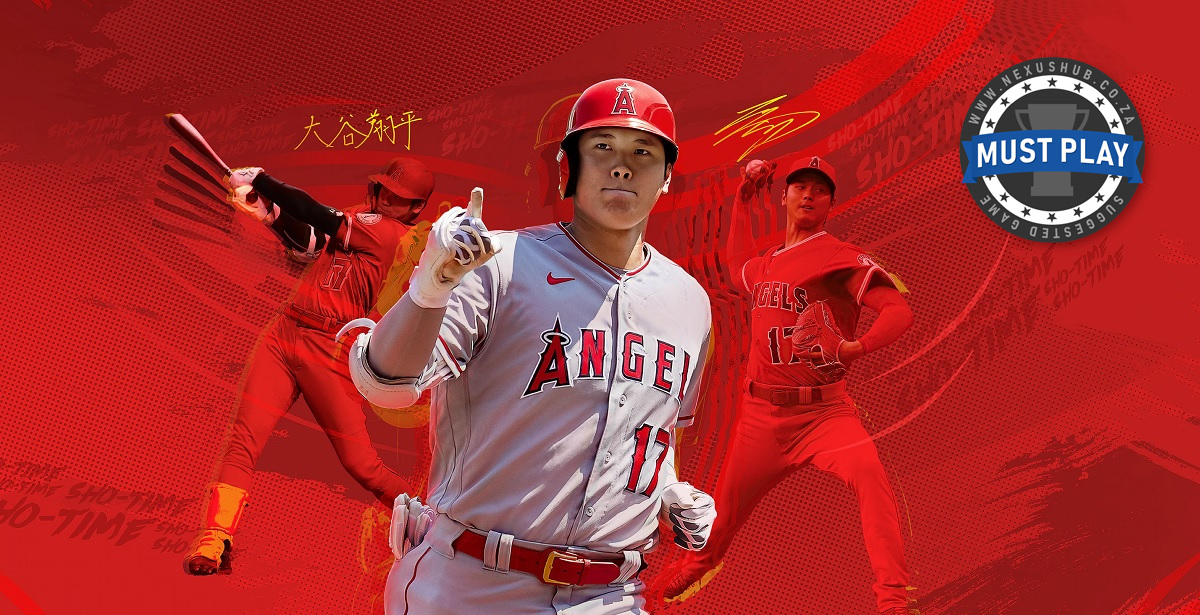 The problem with annual releases, especially sports titles, is being able to consistently improve an experience, enough so to warrant a full price to entry while keeping existing fans of a franchise happy. This is no walk in the park, but considering this is now the 17th release in Sony Studio San Diego’s long running MLB The Show franchise, they’ve got to be doing something right, right? MLB The Show 22, much like it’s trail blazing cover star, Shohei Ohtani, manages to do almost everything right. In fact, maybe to the extent where it’s all a bit overwhelming. 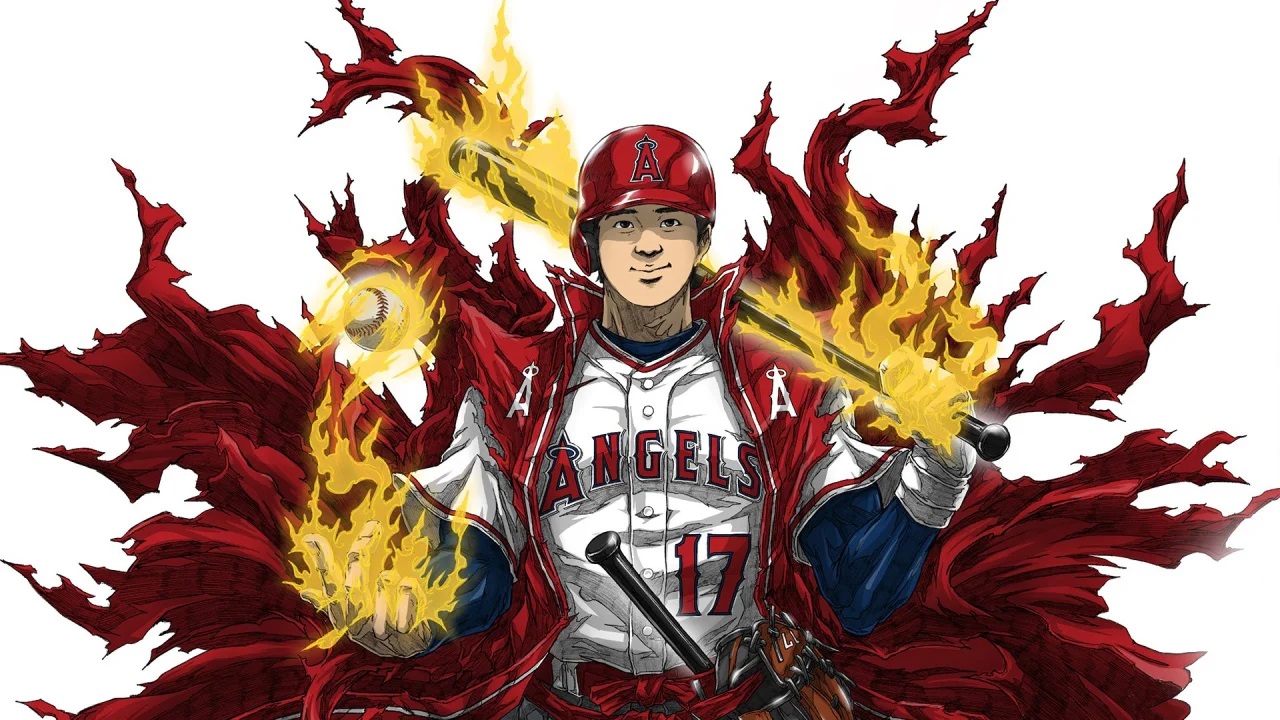 From the very first pitch to the final out, MLB The Show 22 is a notable step up from its predecessor and the most noticeable improvement is the visuals. Last year I complained a bit that MLB The Show 21 wasn’t feeling very ‘next-gen’ considering it was the first title in the series built for current consoles.

MLB The Show 22 is on track to quickly right that with some of the most impressive visuals in any sports title on display. Lighting and textures are extra sharp this year, serving up some photo-realistic scenes that, at a glance, might have you confusing the game for the real deal. A few tweaks are still needed to players eyes and hair in particular, along with some strange limb movements, but overall, ballparks are now crisper, shadows sharper and the presentation is something to be commended. 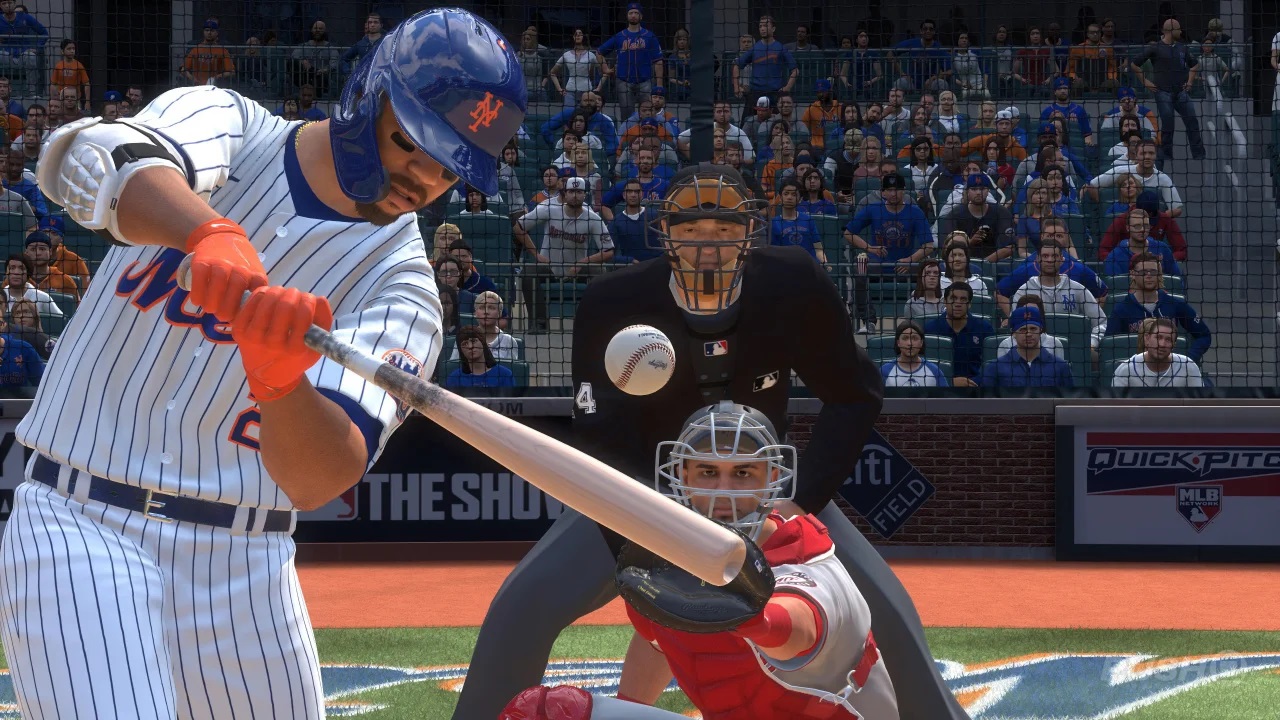 On the field things are improved too. Much like last year, even further effort has been put into the way players move across the field, especially when intercepting the ball mid-play. The start/stop animations of the past have been wiped away and replaced with incredibly fluid and lifelike animations that accurately represent real-life weight and inertia. There are occasionally noticeable jerks in the way a player’s arm or head moves, but the base to base running and realism is welcomed.

Much like last year, even further effort has been put into the way players move across the field.

I find it quite amusing that I’ve complained about the commentary team for the past 3 years, asking for a change in the box only to now find myself wishing this had never happened. MLB The Show 22 replaces the long-time voices of Dan Plesac and Matt Vasgersian with ESPN and Cubs regular Joe Sciambi, who is complemented by Chris Singleton. These two do a decent job of calling the plays, but without nearly two decades of voice lines to pull from, there’s a little too much repetition now. 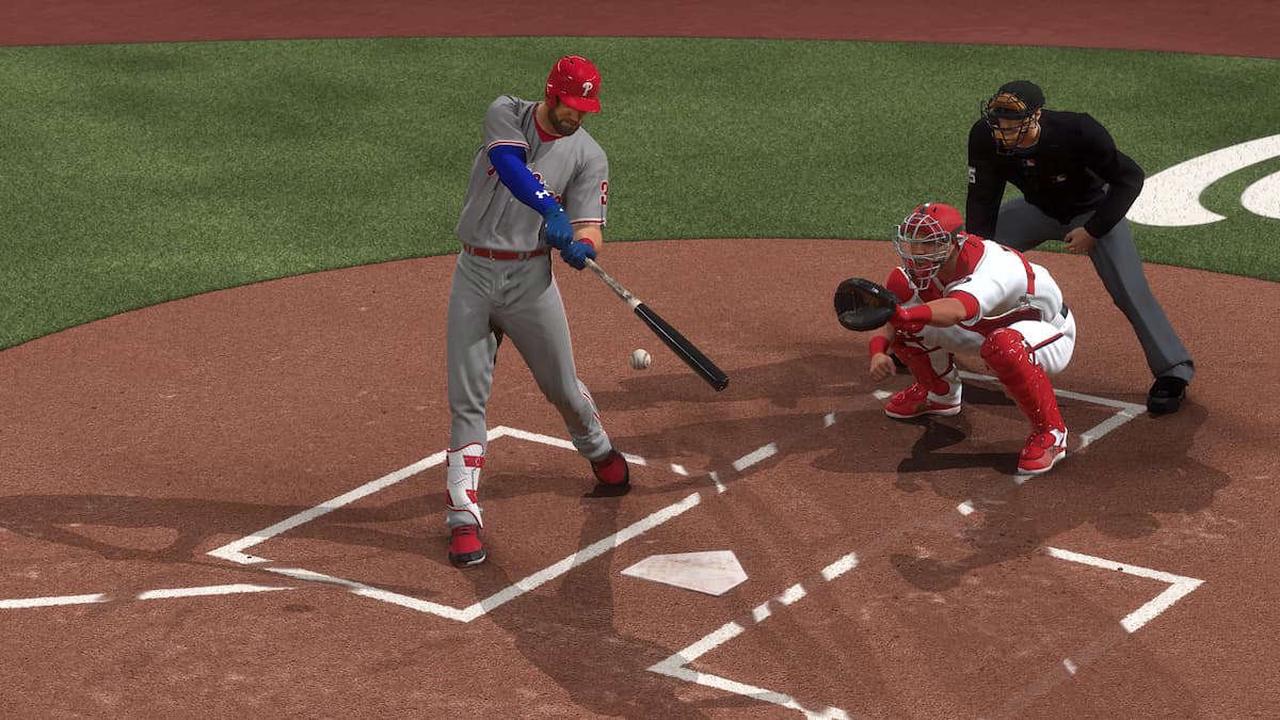 I can’t tell you how many times I have heard Red Sox DH Rafael Devers described as a ‘Baby Faced Assassin’ and it’s a little mind-numbing. More frustrating is hearing a pitch count called incorrectly, or even worse, hearing the name of a completely different ballpark described from the one you’re playing in! This can be fixed in time, but for a game that thrives on play by play commentary, it’s a little exhausting.

MLB The Show 22 offers... maybe too much content? That’s a sentence I don’t think I have ever penned. A plethora of options await players off the bat. Diamond Dynasty, Road to the Show, Exhibitions, Co-Op Exhibitions, March to October, Franchise Mode, Classic Mode, Home Run Derby and Multiplayer. It's a truckload of content. In many respects this is totally brilliant, but for those seasonal players like myself who like to wet their beaks a couple times a week for an hour or two, this is just too much content. It’s commendable that Studio San Diego have kept the lights on for so many of these modes as the series has progressed though. 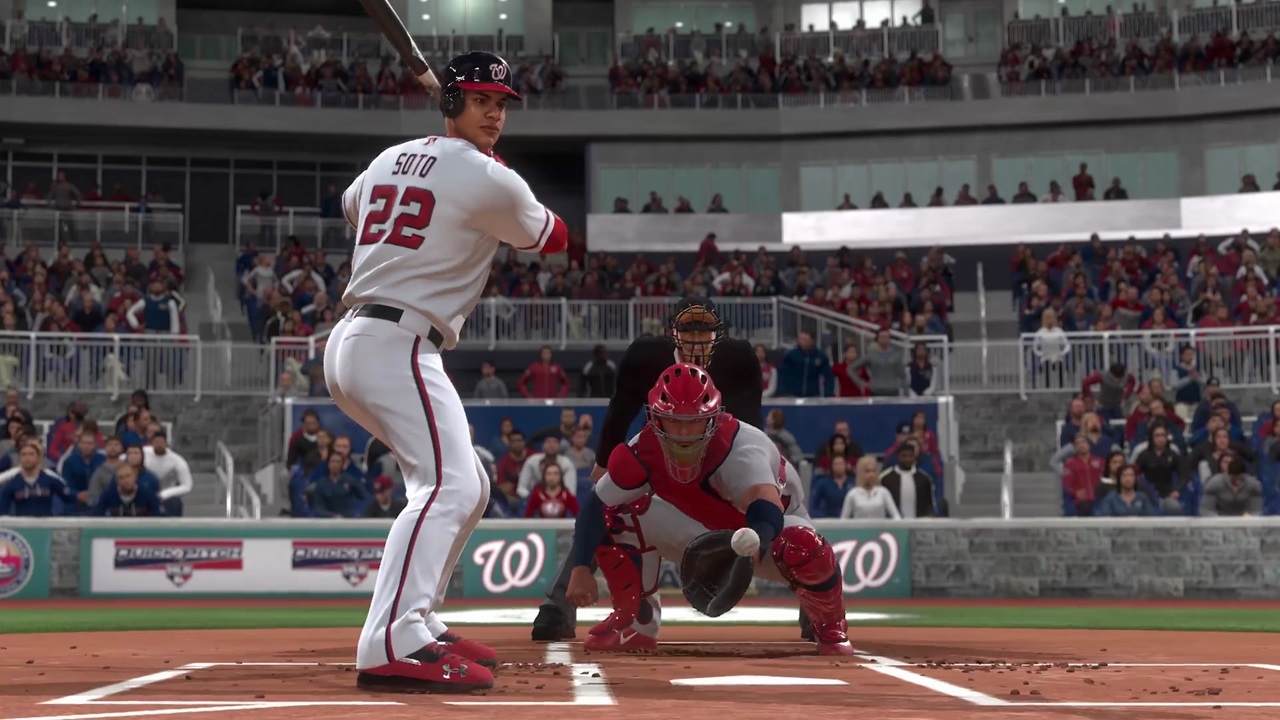 One notable improvement is how the team has handled March to October, a firm favourite of mine that condenses a season of baseball down to around an 8 hour campaign, putting you in control of a team on their way to the World Series. Players are thrown into key games throughout the season to make a mark on history. This year’s version finds a sweet spot as it perfectly balances just the right amount of managerial decisions, free agent picks and call ups from the Minors to provide a healthy Franchise-lite mode that is easily palatable. The mode now also features the option to play across multiple seasons, so if you find yourself hankering for more (which, you very well may) you can now take your existing squad into a fresh season.

One notable improvement is how the team has handled March to October, a firm favourite of mine that condenses a season of baseball down to around an 8 hour campaign.

I’ve never been a fan of the injection of microtransactions into games (I don’t think a single person is), but nevertheless it always seems sourer when it’s brought into a sports title. Diamond Dynasty has long been the big revenue generator for the series and this year sees a much more focused and frankly enjoyable grind in DD. The arrival of co-op is largely responsible for this. Having played a couple of matches with friends, I found myself quite addicted to the addition. DD also benefits from Mini Seasons, a totally offline mode which pits your roster against any number of user-generated squads from across the community. Notably you can still collect everything in DD without spending a dime, but you can’t help but feel harried by the constant ‘Buy Stubs’ when perusing the marketplace. 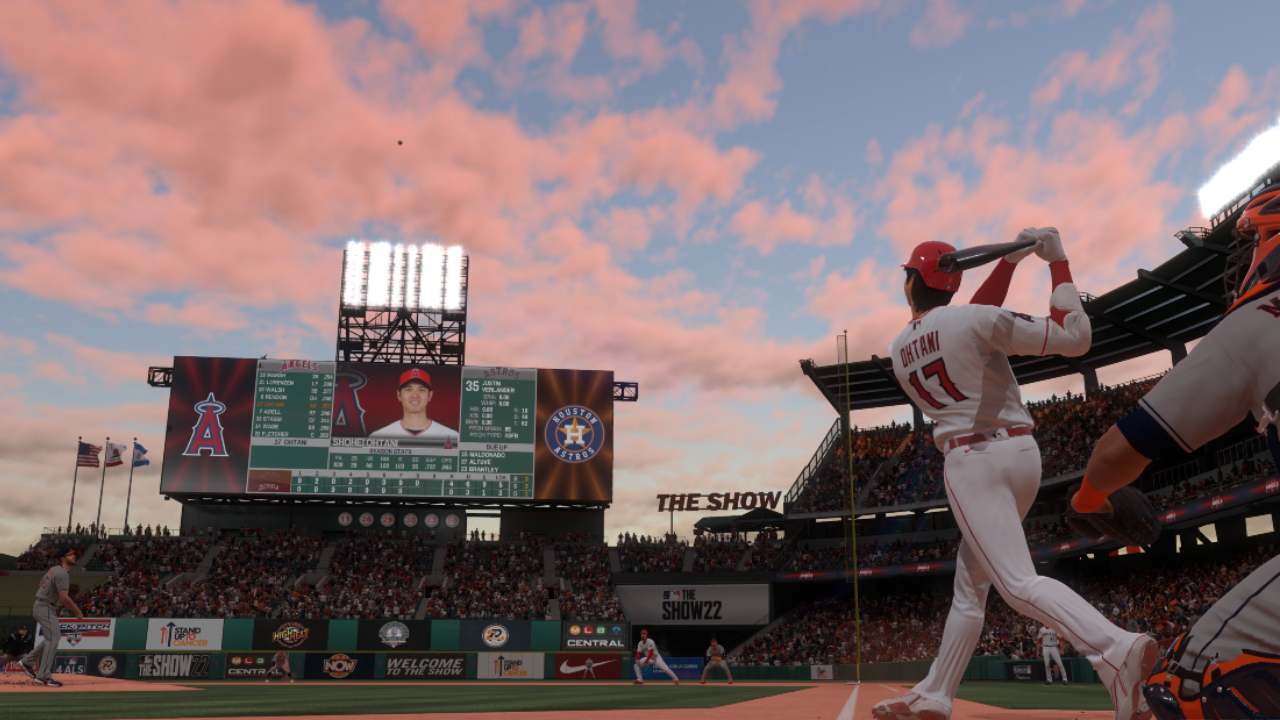 Road to the Show, the long running career mode of the series, is back with a few tweaks. Last year’s title had me frustrated with it’s two-way player only option, but fortunately MLB The Show 22 has reverted with the option to focus solely on hitting or pitching along with the aforementioned two-way player.

Additionally, MLB The Show 22 offers the opportunity to create multiple ballplayers instead of just the one, allowing you to really explore a wealth of play styles. Finally, ‘Knucksie’ is now included as an archetype too, allowing players to specialize in truly dirty pitches from the mound. These are, understandably, unavailable in multiplayer. Beyond these new major changes, the overall story is still solid enough, but could do with a rework as the format has been running a few years now: train, play, get some text-based feedback from your coach. It’s good, but it could be better going forward. 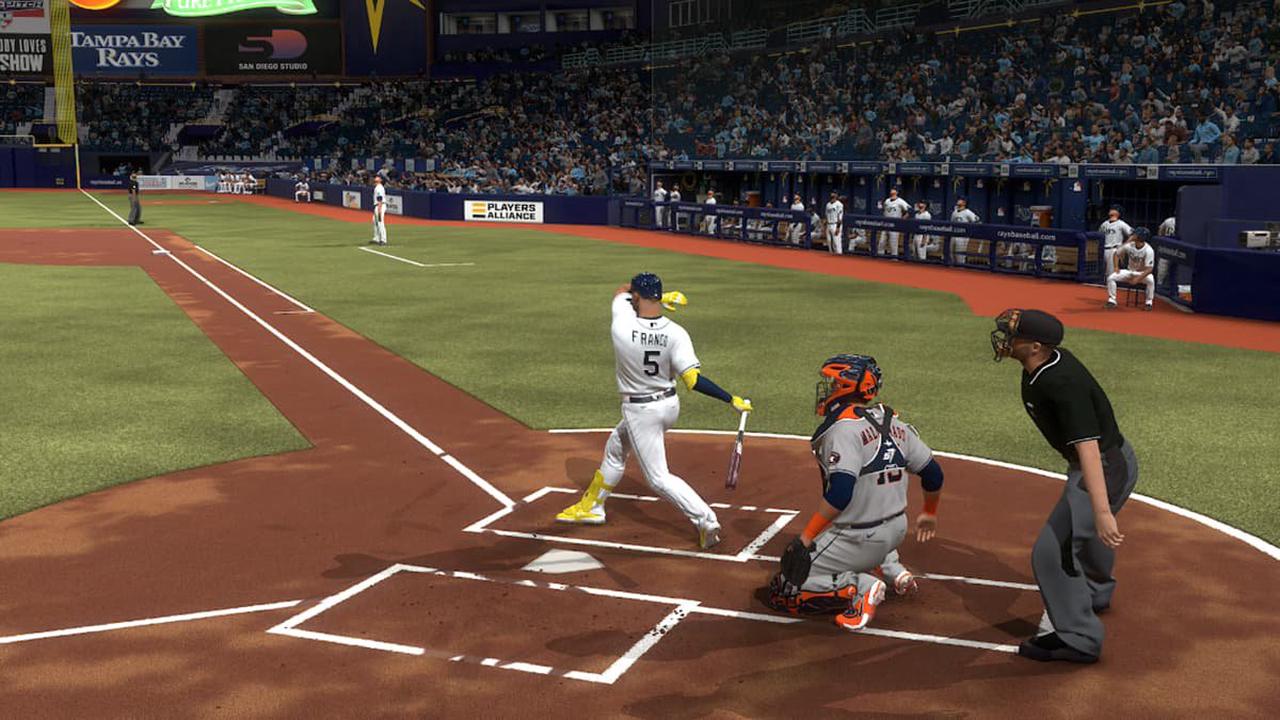 This review could go on for days discussing the nuances and changes to this year’s title. There is a LOT on offer, and it is easily the best outing for the series yet, as annual titles should be building on the foundations of previous entries. Some may find it a bit bloated, but it’s worth noting that every extra bit of fat on MLB The Show 22 is still well-crafted and enjoyable in its own way.

The omittance of year-to-year and carryover saves since MLB The Show 20 persists and is becoming a little bit too tiring.

There are a number of frustrating features, though. The omittance of year-to-year and carryover saves since MLB The Show 20 persists and is becoming a little bit too tiring. There’s also just a bit of frustration that comes with all these modes. There is still something lacking, a major pull. My immediate thought would be to build some kind of mode that would focus on the cover athlete, this year’s example of Shohei Ohtani being a perfect candidate. I have no idea how this would look but it would be a stunning change-up to pull in a more drama-focused audience (I may get crucified for saying that). 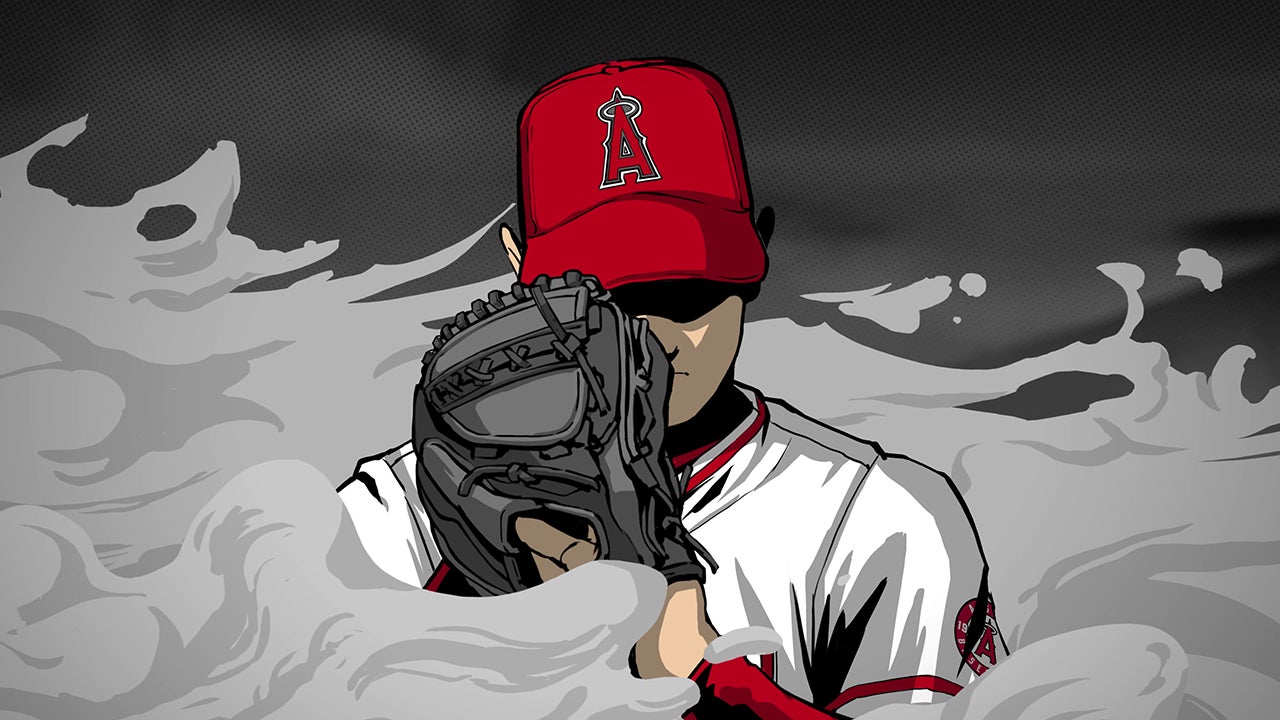 In fact, the more I think about it, Shohei Ohtani is quite simply the perfect face for MLB The Show 22: an all-rounder who can pitch, hit and play for days, offering a complete package. There is so much to dive into in this entry. Studio San Diego have done the community good overall and MLB The Show 22 is the finest offering to date. It’s available now on Xbox Game Pass, so if you’re on the fence, it’s totally worth a download, even without the fancy DualSense feedback.

The most complete entry to date

March to October has hit the sweet spot, finally!

Co-op is a fine addition to DD

The commentary team need some help

Road to the Show needs a bit more love