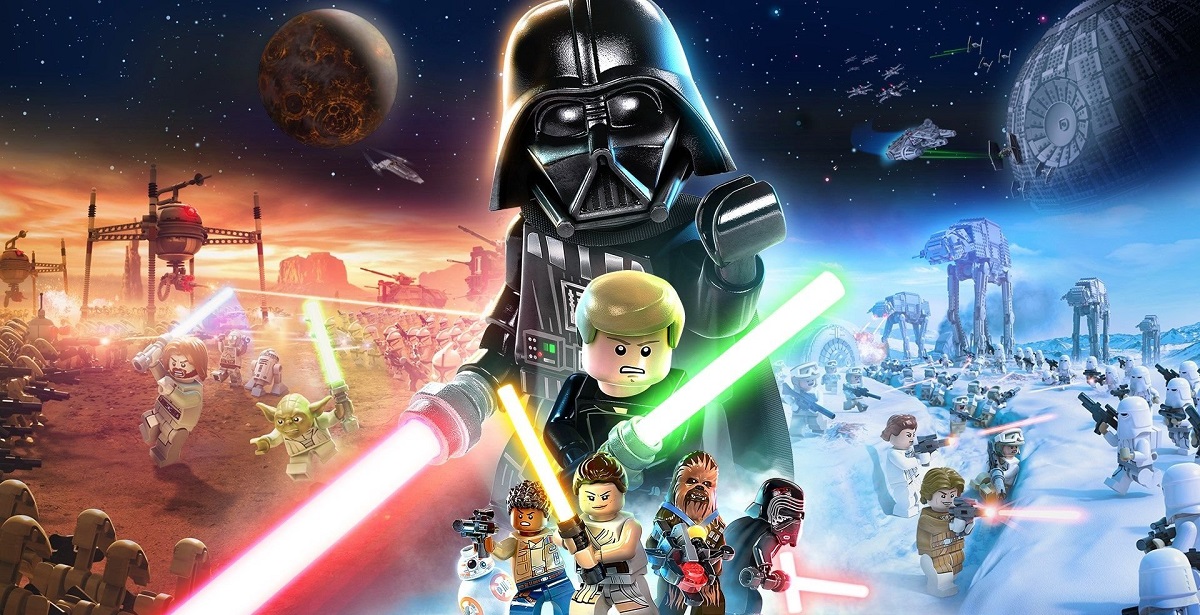 The LEGO games used to be a guilty pleasure of sorts for me, but as the years went by and more games released with greater consistency in quality, they've become a highlight and light-hearted diversion from the more serious AAA offerings. LEGO Star Wars: The Skywalker Saga goes above and beyond what we've seen from previous block-themed attempts at the galaxy far, far away, and while it does stumble in some areas, it delivers a rock-solid experience for fans and newcomers alike. 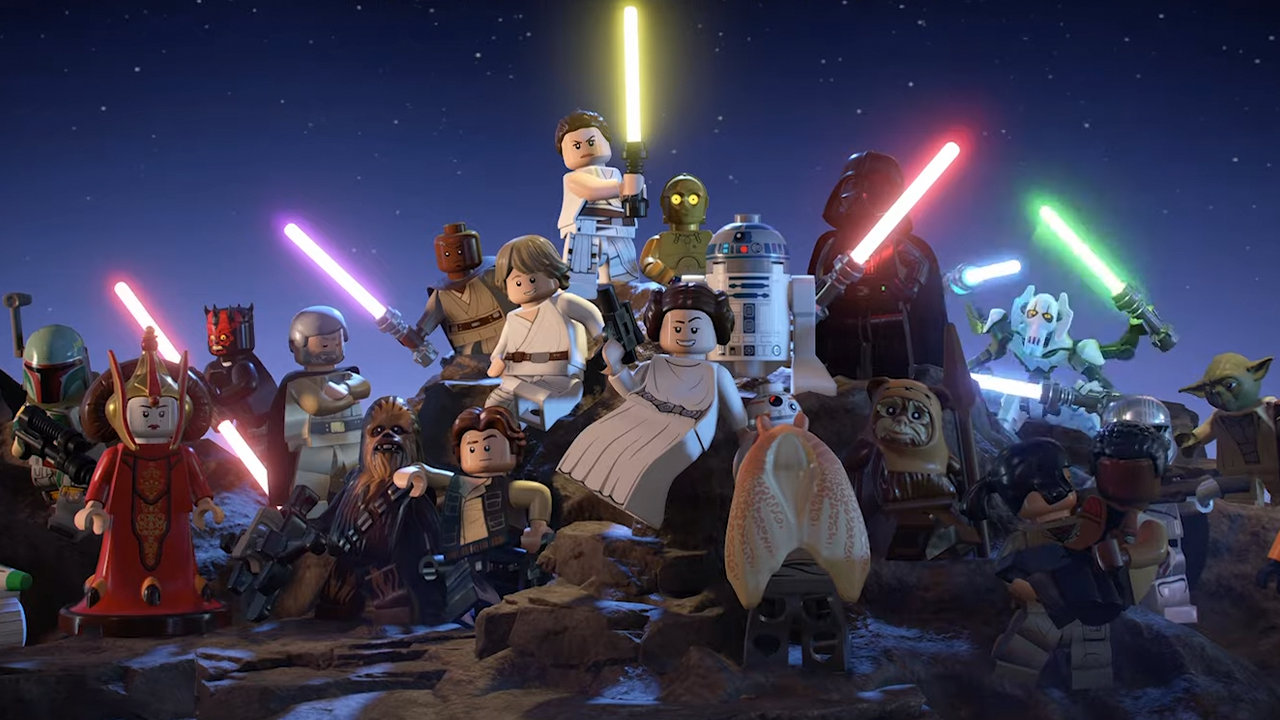 LEGO Star Wars: The Skywalker Saga isn't a rebundling of the previous LEGO Star Wars games, but a complete overhaul of them, complete with numerous gameplay changes and quality of life improvements. The game delivers all nine mainline Star Wars movies (in three trilogies) that can be accessed in any order. However, it once again puts its own LEGO spin on things. Key events from the movies still play out beat-for-beat, but it's now injected with enough quirky, well-timed comedy and humour to make the adventure feel remarkably fresh and at times, unpredictable, even if you know the full story.

The vast amount of content on offer in LEGO Star Wars: The Skywalker Saga is absolutely staggering, and that might even be putting it lightly. The game boasts over 300 playable characters, and while I haven't even dabbled in half of that total yet, there are a lot of familiar faces from the trilogies you can encounter and sporadically play as. The main story missions usually play from the perspective of the plot-relevant character, but outside of the main objectives is where the galaxy opens up and truly gets to shine. 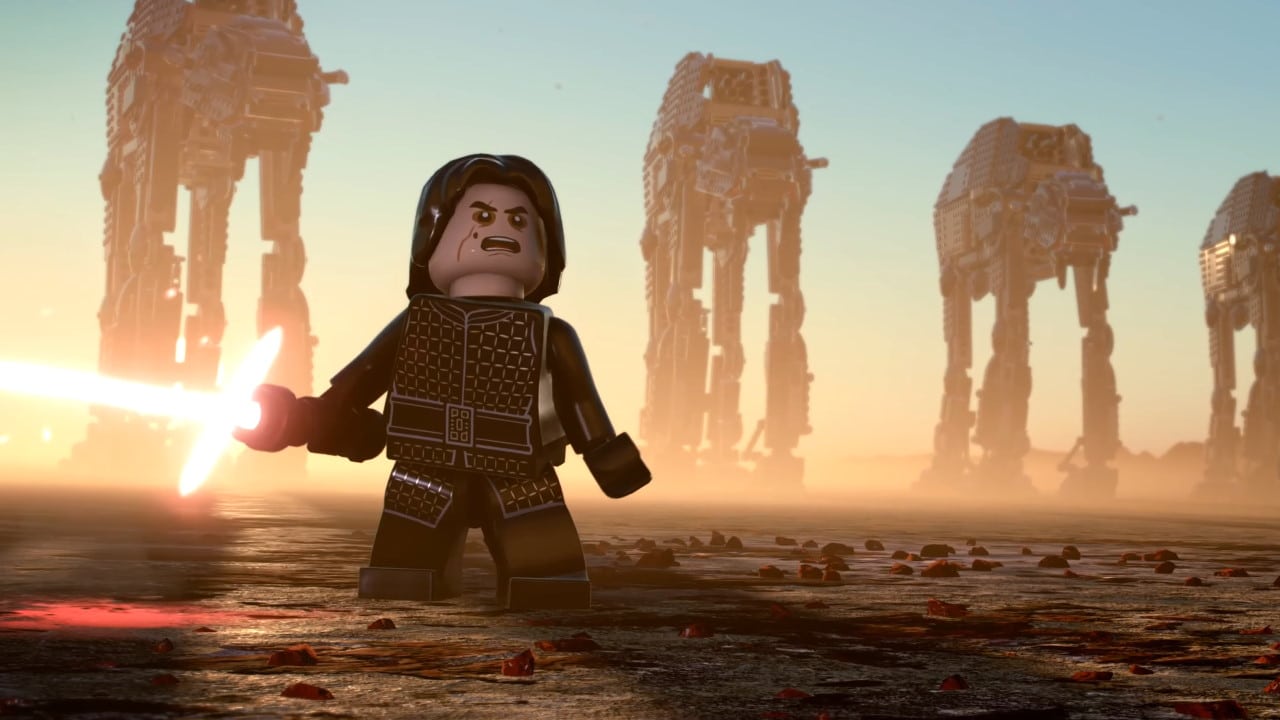 Similar to Mass Effect, there's a huge galaxy map accessed at the beginning of every trilogy, delivering dozens of fully explorable planets as hub areas from the Star Wars movies. Everything from Naboo and Tatooine to Coruscant and Mustafar (and more) are here, lovingly recreated in LEGO blocks down to the finest details. My jaw dropped when I realised just how expansive these hub worlds were. Exploring these areas is rewarding but ultimately overstays its welcome sometimes. Apart from hunting for collectibles or upgrade materials, tedium sets in after a while and you'll eventually just want to get back to the main stories. 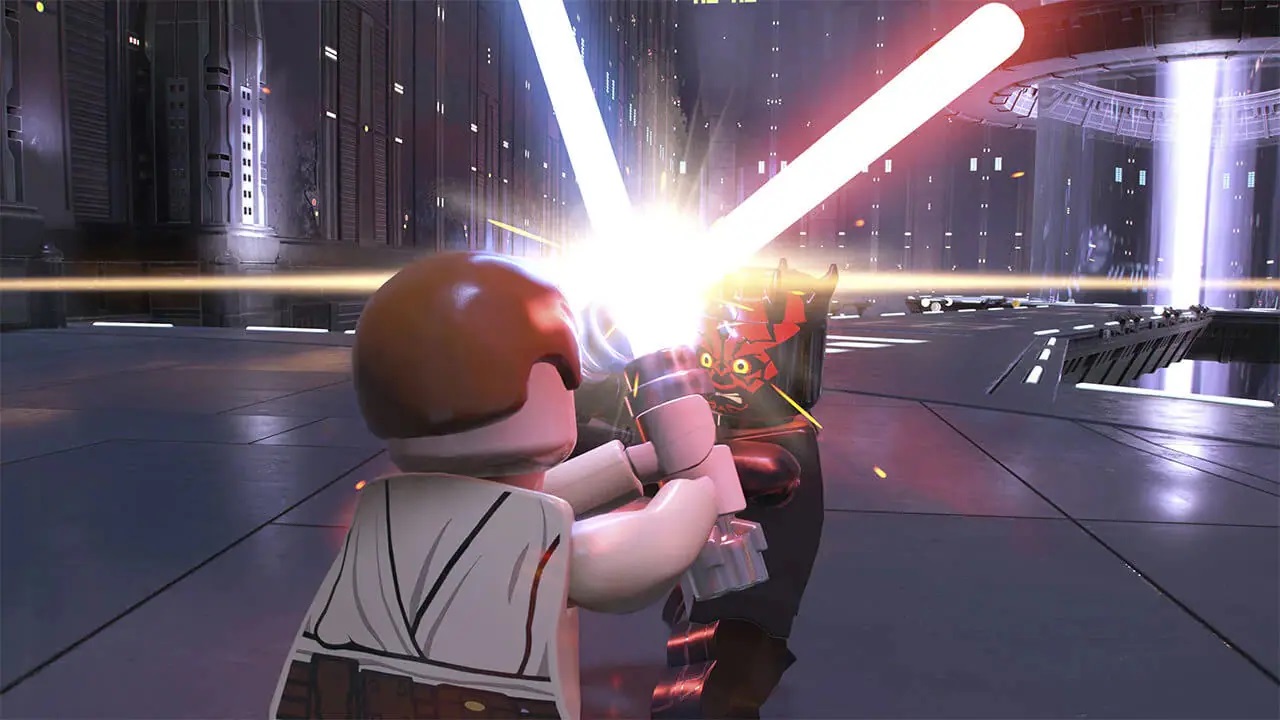 The gameplay in The Skywalker Saga has perhaps seen the biggest improvements and changes. The camera now offers an over-the-shoulder perspective for shooting and lightsaber combat sections, ensuring you have better aim and quicker reflexes in battle. It's a small but welcomed change that makes encounters feel more dynamic and even cinematic at times. Additionally, there are upgrade paths to improve your weapons and skills, increasing damage and unlocking new moves and abilities. There's a lot to chew on without feeling like your progress is being sidetracked, encouraging exploration even further. 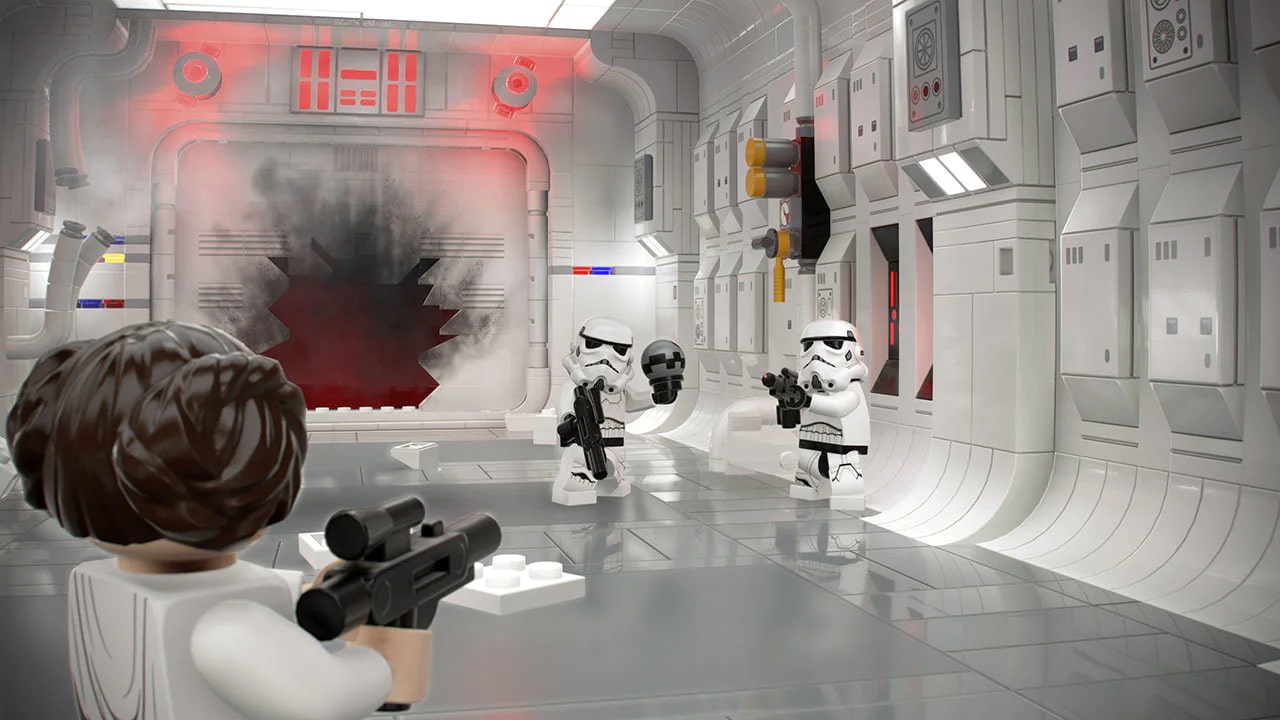 Outside of exploring planets, once you take to the skies and space, you'll frequently be greeted by random Star Destroyers that randomly warp in, forcing you into exciting dogfights. They offer a nice break from the on-foot combat and it's a testament to the sheer amount of content that the game delivers. However, while they're exciting encounters at first, they do become a bit annoying after a while and you'll eventually just zoom past most dogfights or completely avoid running into trouble in space.

Arguably the best thing about The Skywalker Saga is its sense of humour. The comedy, like most LEGO games, is gold and never failed to put a smile on my face. Some of the humour can be hit-or-miss, but for the most part, it's well-executed in ways only LEGO games can pull off. Many dramatic moments from the movies are given comedic spins to them in the game, including (and my favourite) surprising scene in The Force Awakens. The comedy also does well to defuse most of the dramatic heft of the movies, making for an easily accessible and very enjoyable entry-point into the Star Wars universe for families. 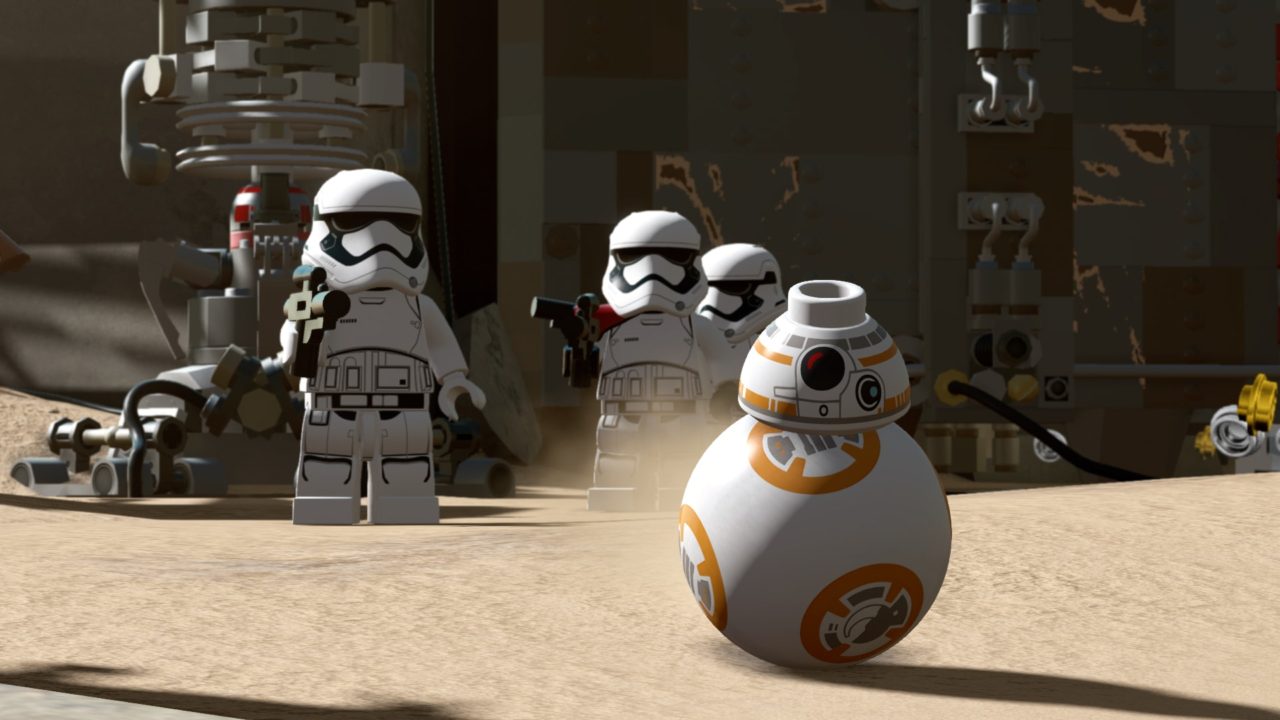 Despite delivering over 300 playable characters, it feels like a missed opportunity that The Skywalker Saga doesn't include a character customisation tool like previous games. Maybe the sheer amount of selectable characters was enough to fill in for the lack of a proper character creator, but I really missed creating my own Jedi masters/monstrosities since that felt like the creative peak of playing with LEGO. Nonetheless, each and every character from the movies (and there are a lot of them) are present in LEGO form, which is wonderful considering it's also our first LEGO-themed foray into the sequel trilogy.

Another disappointing aspect of The Skywalker Saga is its DLC. If you haven't purchased the Deluxe Edition which includes all additional content, you're going to be missing out on four character packs at launch. Before the game is even out, we already know that seven DLC packs are coming, adding an assortment of characters from The Mandalorian, Rogue One, Solo and The Bad Batch. Maybe it's just industry standard at this point, but it feels like chunks of this content was held back or cut in favour of repurposing them as DLC. Maybe it's worth waiting for an ultimate edition of the game unless you're a die-hard LEGO or Star Wars fan, or have the extra cash to put into these DLC packs. 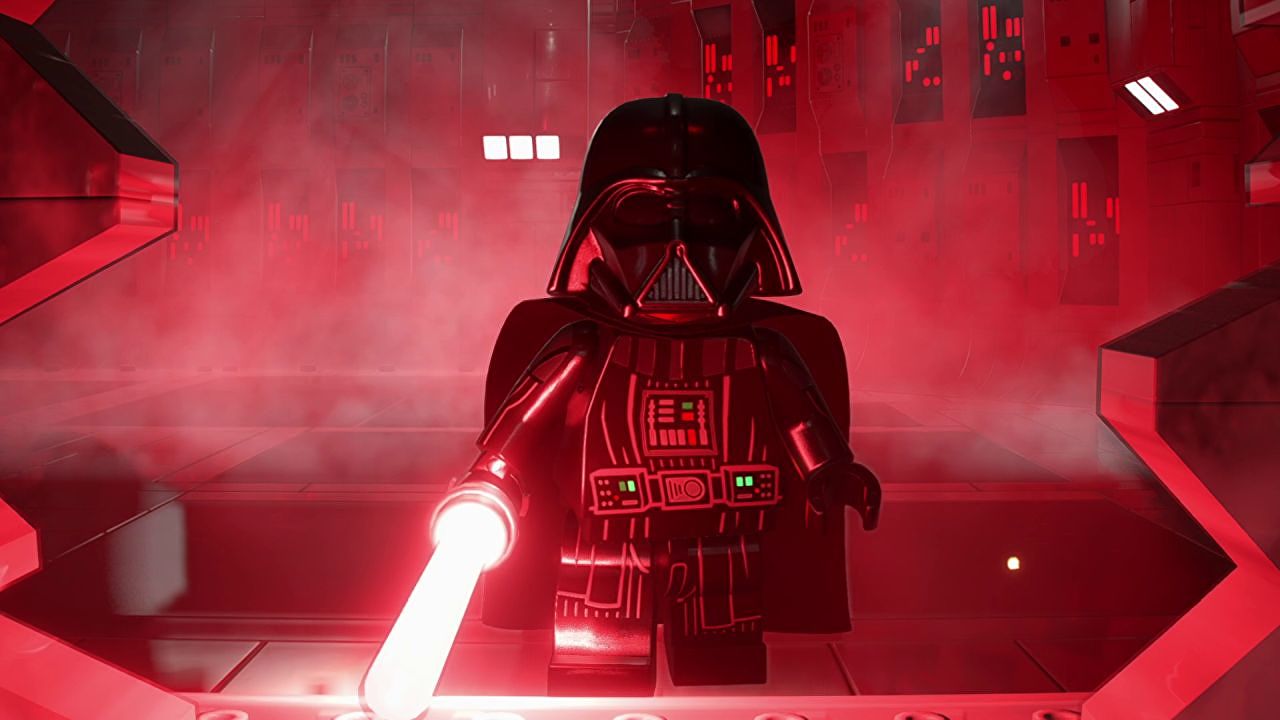 LEGO Star Wars: The Skywalker Saga crams a plethora of content into one almost definitive LEGO Star Wars package that's perfect for gamers and fans of all ages. The comedy is once again top-notch, the gameplay improvements make a huge difference, and the attention to detail in recreating Star Wars' most iconic locations, moments and characters is commendable. Despite its shortcomings, you'll definitely get your money's worth and more from this formidable bundle of Star Wars entertainment.

Lois
As a big fan of the Lego Complete Saga, I was really looking forward to this one. Great review.

DEATHGIGAS
I'm super excited for this because the Lego games have just gotten better over time and they're just fun silliness.