A loving tribute to automotive culture. 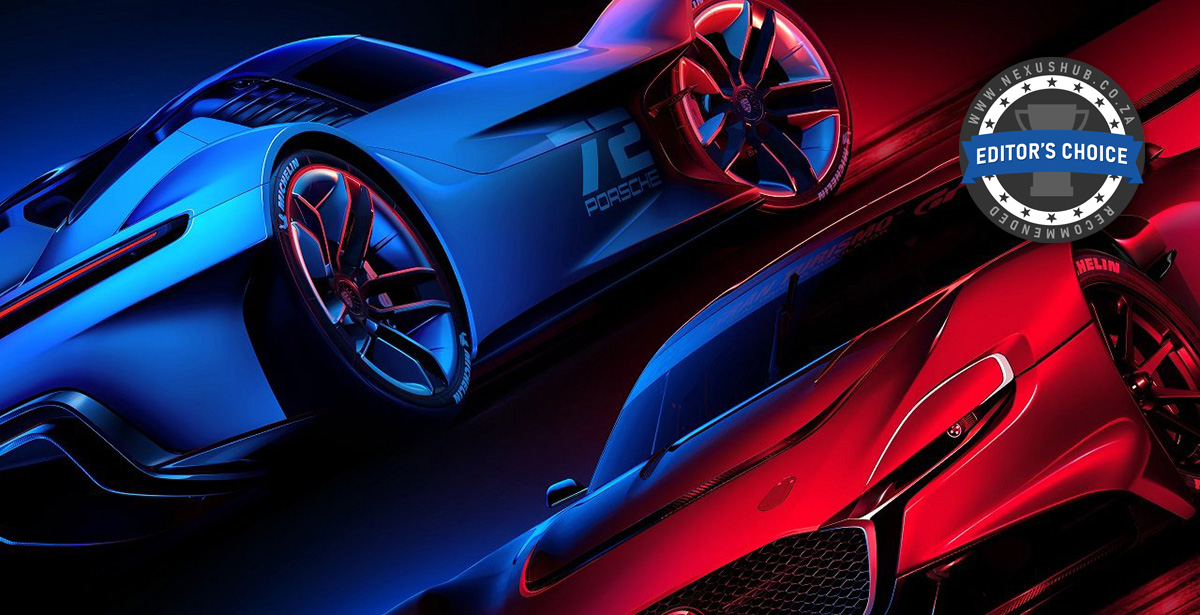 I can feel the rear slip out, fishtailing as my FD RX-7 barrels over the summit of Eau Rogue, the ‘shift-up’ siren screams at me as traction is lost and the I feel the tyres spinning in the increasing rain. In front of me, R34 GTR and Lancer EVO VI lock horns, kicking up a wall of mist that limits my visibility to maybe a few meters. I step off the accelerator and feel the rear tyres claw back into the tarmac as I find my line in the deluge. I drop a gear as the traction returns and eye a line through the pair duking it out, foot flat, slipstream found, here we go. With renewed confidence, the rotary engine spits flames as the turbo spools higher and my RX-7 comes screaming through the mist. The pair are too focused on their own battle to notice the sleek silver creature slipping past them in the grey downpour. The lead is mine.

Welcome to Gran Turismo 7. Finally, PlayStation has pulled back the covers on the next-gen racing sim, the latest in a historic lineage of exceptionally crafted titles and I am happy to report that this may just be the finest installment ever built by the dedicated team at Polyphony Digital. After a small delay, GT7 has stormed onto the scene and once again cemented itself as the king of sim racing on console. 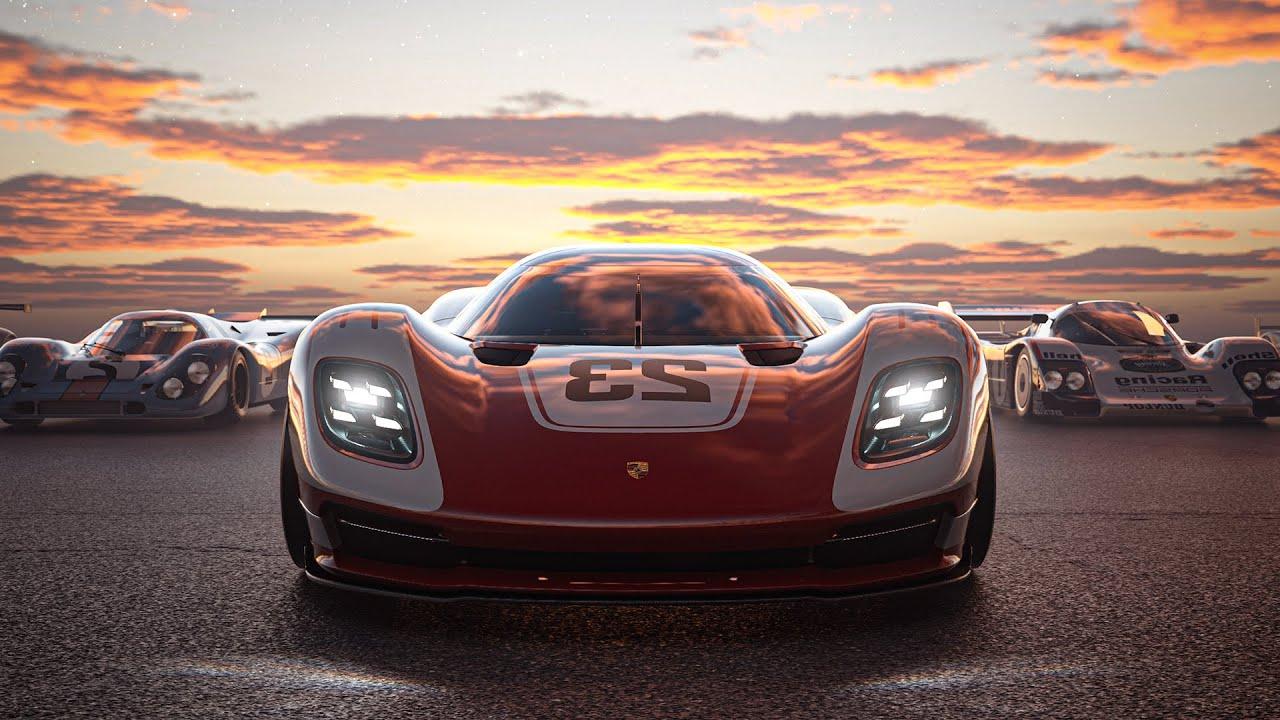 GT7 is the most complete title in the series and is a serious departure from its predecessor GT Sport which served as an almost exclusively multiplayer title. Longtime fans of the series will be familiar with the home screen which serves as the hub for everything on offer. The World Map is presented as a picturesque seaside resort with a variety of buildings that serve as icons to access racing, licenses, missions, scapes, tuning, garages and dealerships and a few others.

A myriad of activities await in this hub, but the campaign all revolves around the Café. Here, one of the many friendly in-game avatars, Luca, dishes out menu’s - a quirky, if not totally GT way of giving you missions. These usually involve collecting three cars, a task which involves a series of races to acquire each one. Once complete, Luca will provide a little more history on each of these.

GT7 is the most complete title in the series and is a serious departure from its predecessor GT Sport.

Keeping form, GT7 is more than just a car game. It’s a loving tribute to automotive culture, and every step of the journey is peppered with history and facts about the various manufacturers and influential icons so revered among enthusiasts. This spills over into the various dealerships too, from the Used Car Dealership (which to my joy, feels like opening up Autotrader), Brand Central (for more modern classics) to the Legendary Car Dealership which features exclusive, high price classics. 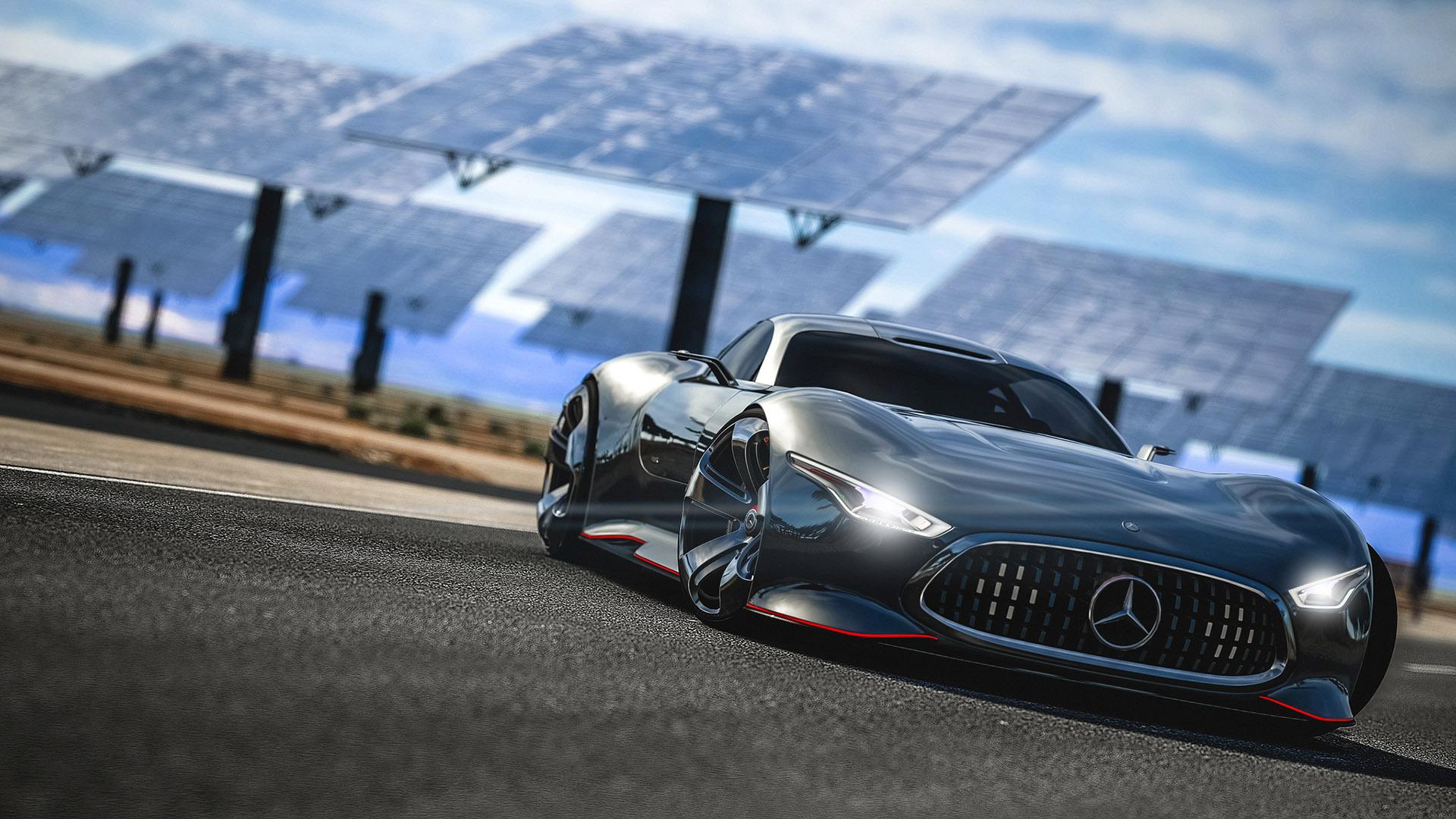 Each step of your journey is met with class and a reverence for automotive history. With 400 cars on offer, the eighth installment offers up an impressive roster of cars, but there are some noticeable gaps in this roster, most notably more current cars. Most manufacturer's roster seems to end in around 2016/17 which is a bit disappointing for anyone looking for, say, a McLaren Speedtail. Here’s hoping the team are able to bolster this roster with more current cars as we head into the first few months of the game’s life.

Throughout the campaign, there are various roadblocks to encourage you to better hone your craft. These usually take the form of the much beloved License tests, or sometimes task the player with dipping a toe into tuning their steeds or visiting GT Auto for a car wash and oil change. The latter two are as nerdy as they sound, but there’s nothing quite like a wash and polish following some wheel-to-wheel action in one of the game's 34 track locations. To newcomers, all of these - let’s call them ‘Polyphony-isms’ - might seem a bit of an odd choice, but they’re just so… Gran Turismo. Right down to the alarming variety in music styles presented in menu’s and races, some of which will definitely raise and eyebrow or two, or the quirky Music Rallys.

With 400 cars on offer, the eighth installment offers up an impressive roster of cars, but there are some noticeable gaps in this roster, most notably current cars.

Missions and Licenses remain a much beloved and enjoyable test of skill throughout the campaign and beyond. I can't help but feel that in any other game of the same ilk, these would serve as a compulsory annoyance but there’s great reward in finally egging out a gold time in a particularly challenging trial. A handsome reward awaits those who persevere, and throughout the campaign, the game dishes out a healthy dose of credits to keep you feeding your ever-growing collection. 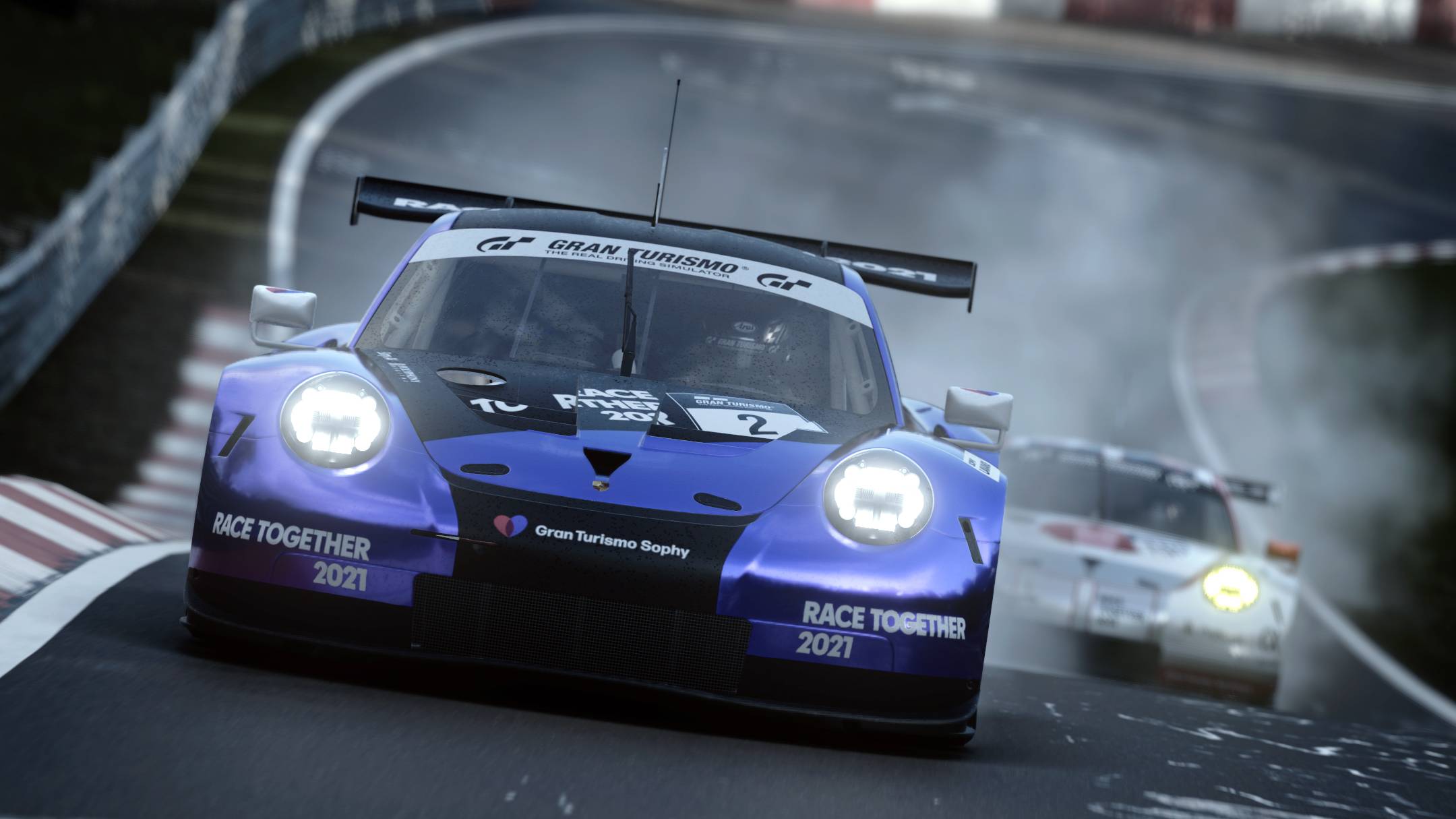 On track, things feel dangerously improved. Having come off GT Sport and swapping directly to GT7 within days, there is a great divorce between the two titles. GT7 is a refined racer, with substantially more play in each of the 400 car models, especially noticeable with RWD models in particular. A far less forgiving handling model is present, making correcting mistakes a little more challenging even to seasoned racers. With assists off, there is a bit of a learning curve for this model, but it feels considerably more lifelike than its predecessor, with weight and balance playing a huge role in the experience. The stark contrast between fuel guzzling muscles and perky hot hatches is night and day and you’ll find a huge discrepancy in handling across the board.

This extends to the track surface too. While I have my gripes about the visual detail of some circuits, the feedback is visceral with each little depression and raised surface feeding directly to the DualSense. Running off into the kitty litter or rumbling over curbs, you’ll feel every texture in vastly different ways. While GT has always proudly titled itself as a ‘Real Driving Simulator’, newcomers need not fear if they don’t have a wheel. GT7 is an impressively approachable title even without one. 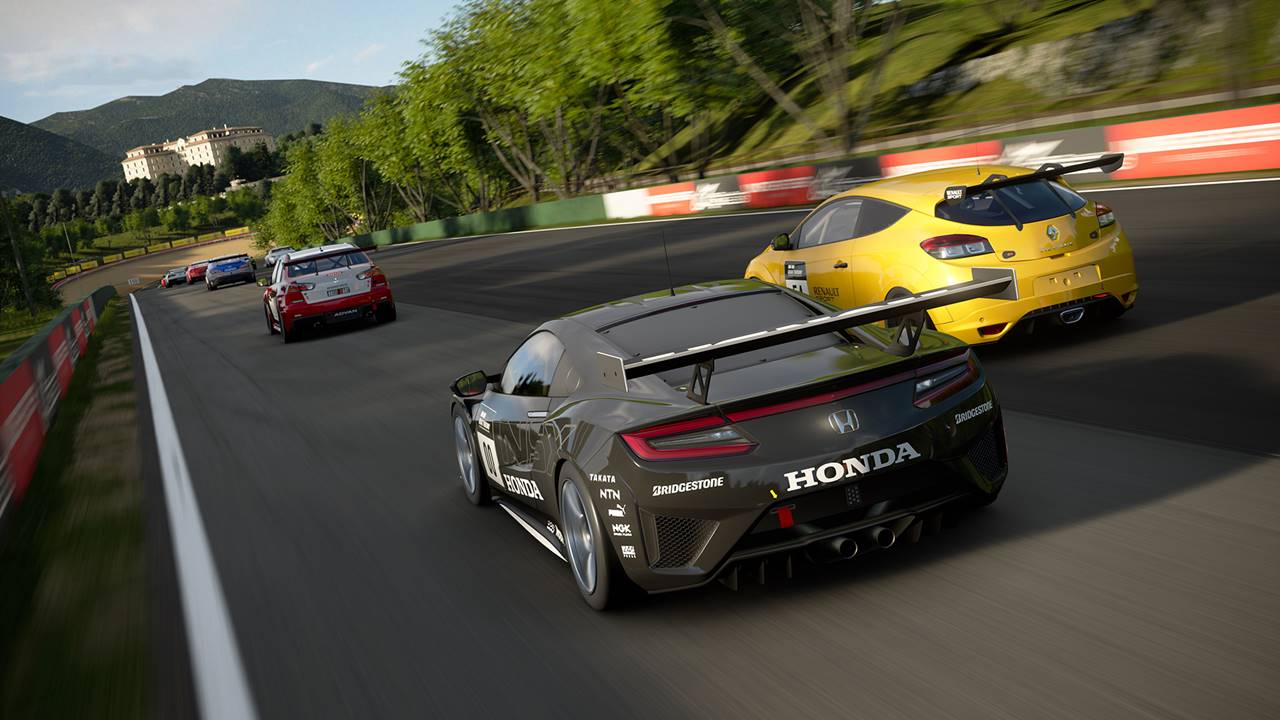 GT7 offers up two modes, a 60fps 4K ‘Prioritise Framerate’ mode and a more crispy ‘Prioritise Ray Tracing’ mode, which can be quickly toggled between in the menus. Naturally those seeking a smoother experience will opt for the frame rate, while ray tracing can be used for impressive replays and screenshots in the ‘Scapes’ mode. I did dabble with ray tracing during races, but found a slight jitter crossing my screen occasionally. Regardless of which mode you use, GT7 shows off the best looking car models the series has seen to date.

I cannot express just how gorgeous this title is, but it’s not without fault. Beyond the limits of the track, scenery can be a little more questionable.

It almost feels like every atom is on display here. Tiny details are pronounced and life-like. Extending well beyond the body of the car, interior cockpits are lined with lifelike textures, making you feel like you could reach out and brush the alcantara on the dash, or feel the weighty steel paddle shifters. I cannot express just how gorgeous this title is, but it’s not without fault. Beyond the limits of the track, scenery can be a little more questionable, with some muddier textures on show, but this is a very small nitpick as you’re usually at high enough speed to make everything look more like a beautiful blur. Another nitpick is that cars do seem to be a little too shiny in sunny conditions. Barrelling down a straight with the field in front of you, there are far too many twinlinking lights from the bodywork. 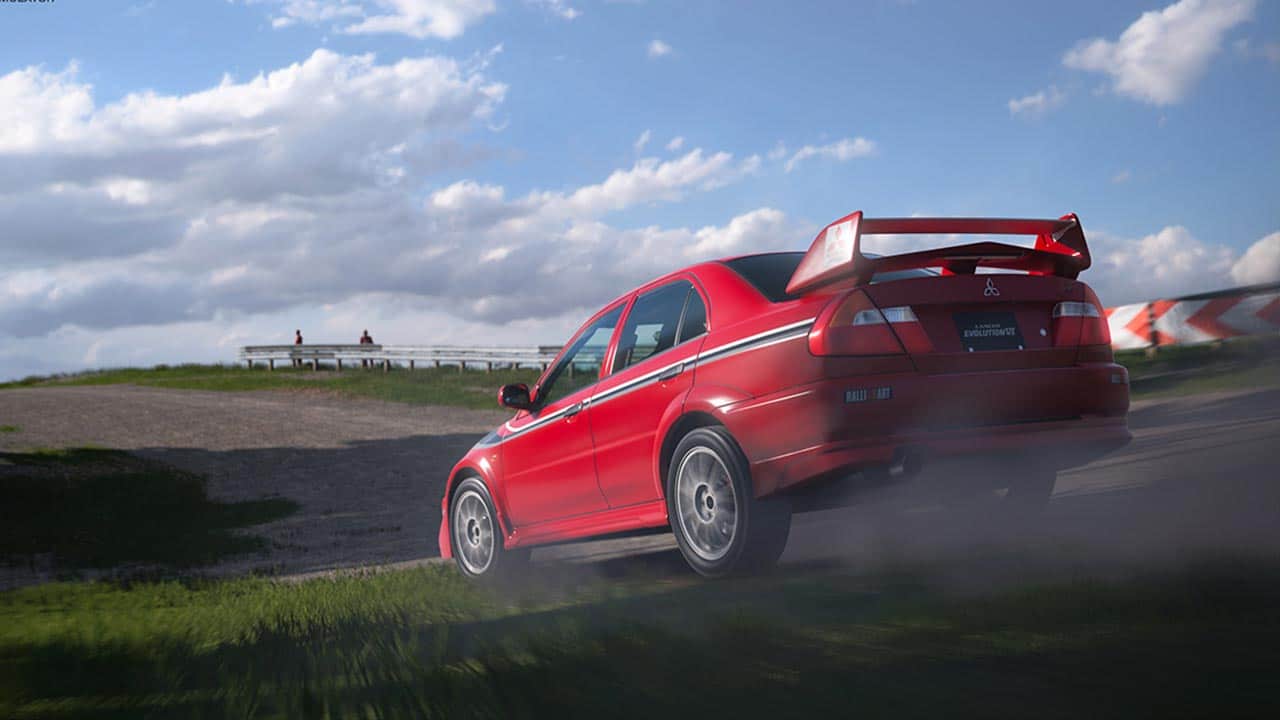 The dynamic weather is a total game changer, however. GT Sport touted an impressive weather system, albeit a static one. GT7 is a totally different beast. It’s a wonder to start a race in dry conditions and watch lap by lap as clouds grow progressively darker as a storm begins to build. Keeping a close eye on your weather radar will allow strategic drivers to pit in before things get too hairy as droplets start appearing on your windscreen.

Before you know it, you’ll be driving through a deluge as puddles form. It’s here that GT7 shines, as conditions begin to dictate a more strict racing line as you try to keep your car off the myriad of puddles forming, just as they would in real life, on track. In drying conditions, the racing line becomes your best friend as the field carves a clear path for you to follow. 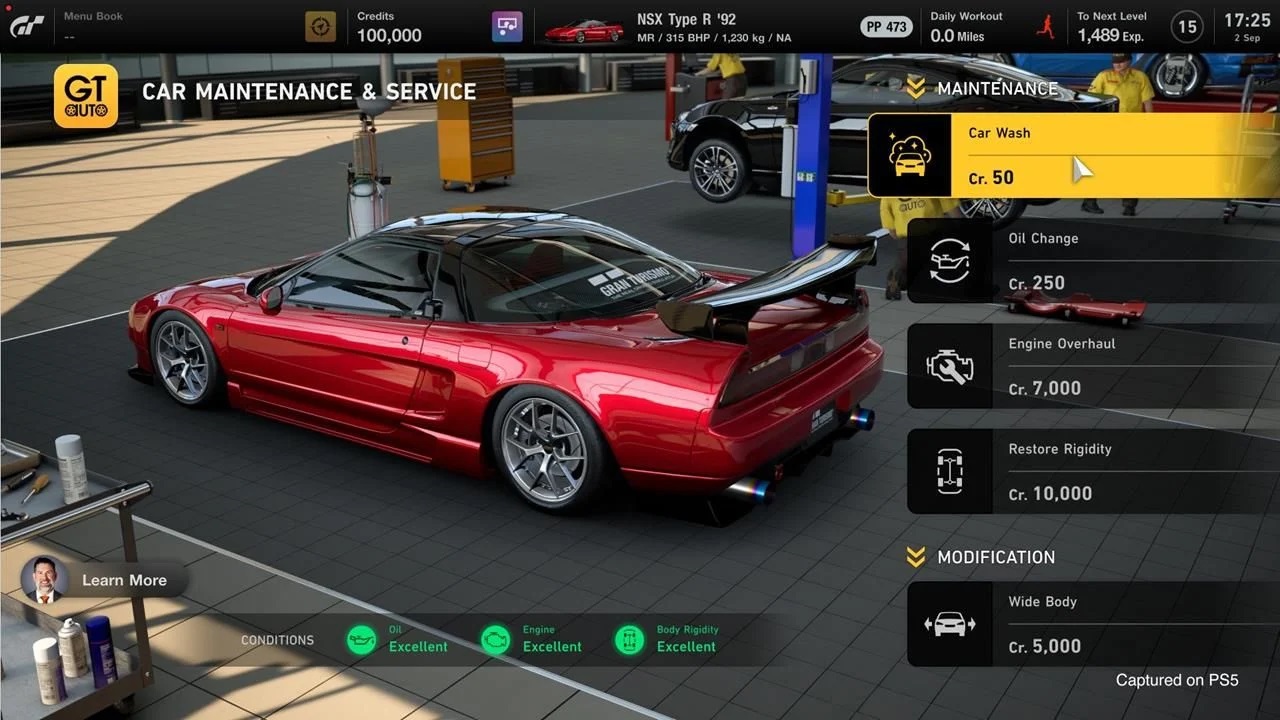 Diving into the multiplayer, you’ll find a number of strong opinions about the direction the Polyphony have taken here. Standing in stark contrast to its predecessor, GT7 allows a lot more freedom in terms of what you bring to the track. GT Auto offers hundred of different combinations for each car including aero parts, roll cages and wheels.

Where things get far more murky is the tuning. It’s geek central, allowing you to fit any imaginable enhancement to the car and then finely tune to greatly improve performance. Where this gets more complicated is in the approach to multiplayer. Under a private lobby, it's easy to limit these enhancements, but stepping into the daily races made so popular in GT Sport, there can be huge disparities in how spread out the field can be. This is definitely something Polyphony will need to look at balancing in the near future as certain tunes are running away from the common enthusiast builds.

The eighth installment in this long running and beloved series is, however, the most complete and impressive and Sony can rest easy knowing their flagship racer and its team have once again taken a pole position in the console racer championship. With the best handling model on console, truly breathtaking visuals and a comprehensive and extensive campaign to boot, this is the finest outing yet. Anyone with a mild interest in racing should add GT7 to their library. It’s a truly brilliant title that will go down as one of the greats.

The most complete GT to date with endless joy on offer

The best driving model on console

The total package for car geeks 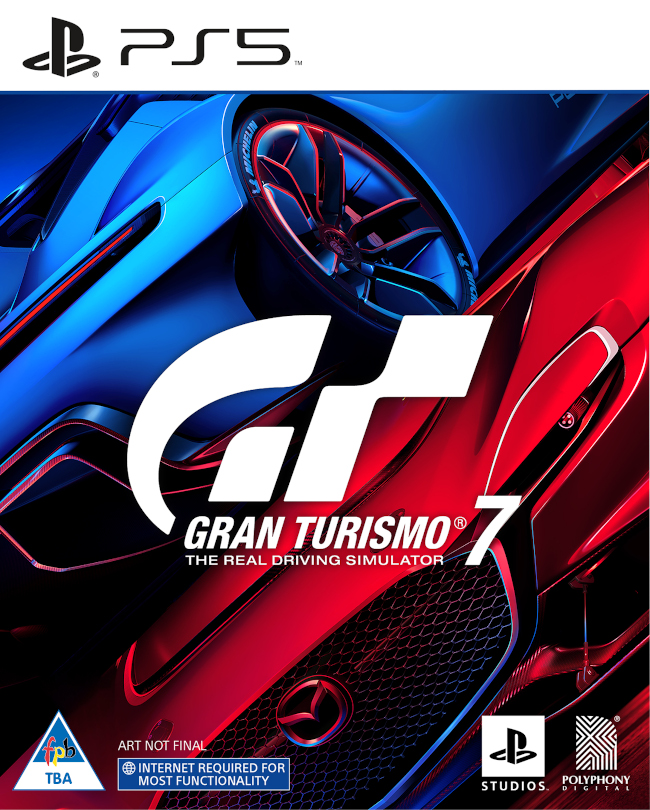