Do a barrel roll. 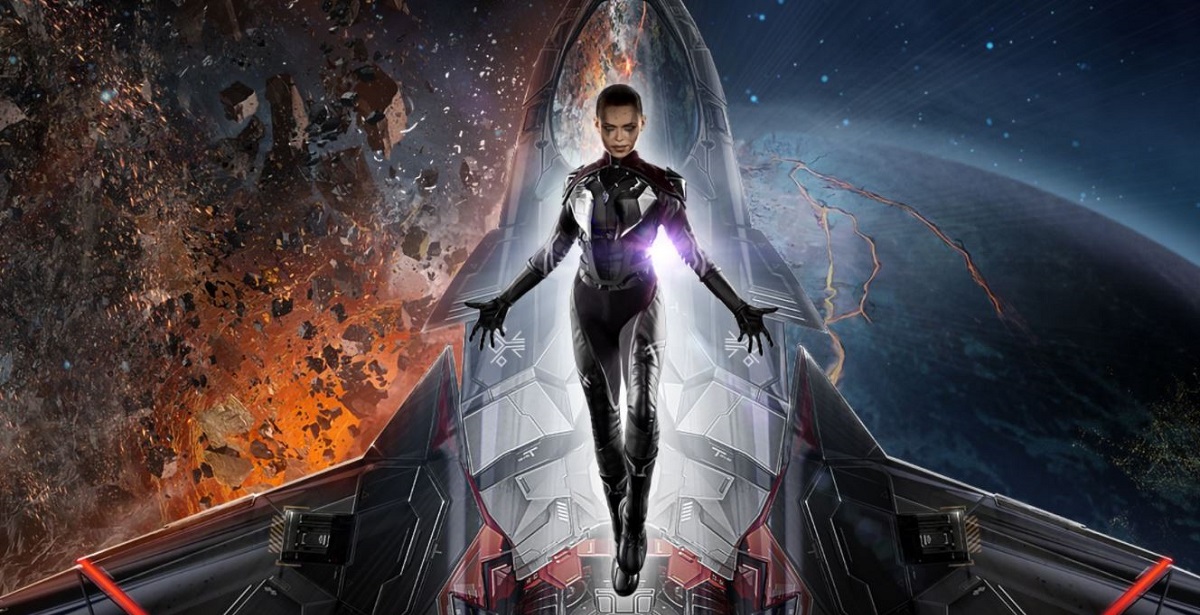 In a genre that almost gate-keeps itself, space shooters aren’t exactly top of mind for a majority of gamers. Sure, there have been some truly iconic titles like Nintendo’s Starfox 64 (We don’t talk about that other one) and Everspace. Even more hardcore sims like Elite Dangerous or Star Citizen (is it out yet?) throw down a steep learning curve. It’s not easy to find a happy median that keeps you coming back for more. Chorus beautifully straddles a balance of story, lore, combat and exploration that had me coming back time and again for ‘just one more dogfight’ and I cannot recommend it enough. 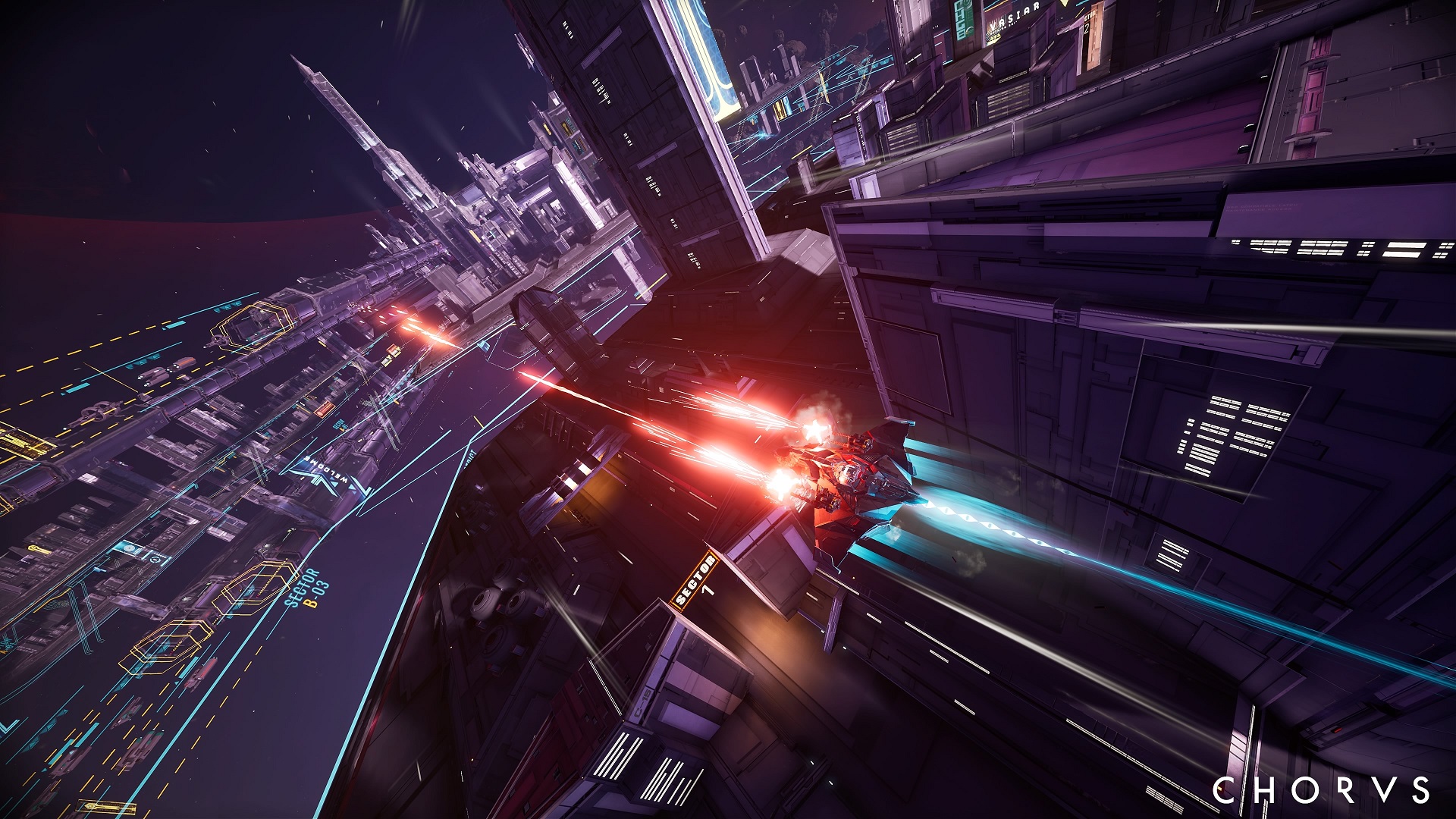 Space shooters are indeed niche, but German developer Fishlabs have been honing their craft for over a decade and the culmination of their work to date takes in all they have learnt. I found myself genuinely excited for Chorus, not just because of its dark tone and alluring storyline, but as someone who has played almost all Fishlab’s titles in this genre, to see how their first major console release would chalk up.

Chorus is a classic space saga, a tale of light and dark a-la Star Wars and packs some serious lore to boot. Following Nara, an ex-cultist elite and right hand of the Emper- I mean, Prophet, Nara has committed unspeakable atrocities in the name of the Galactic Empir- I mean, the Circle. Dealing with her trauma, the story picks up some time after Nara has put her sinister past behind her and banded together with a small resistance. After a devastating attack on their base, Nara must confront her past in order to take the fight to the circle. To do so however, she must seek out her partner, an AI ship known as Forsaken in her quest to bring peace to the galaxy. 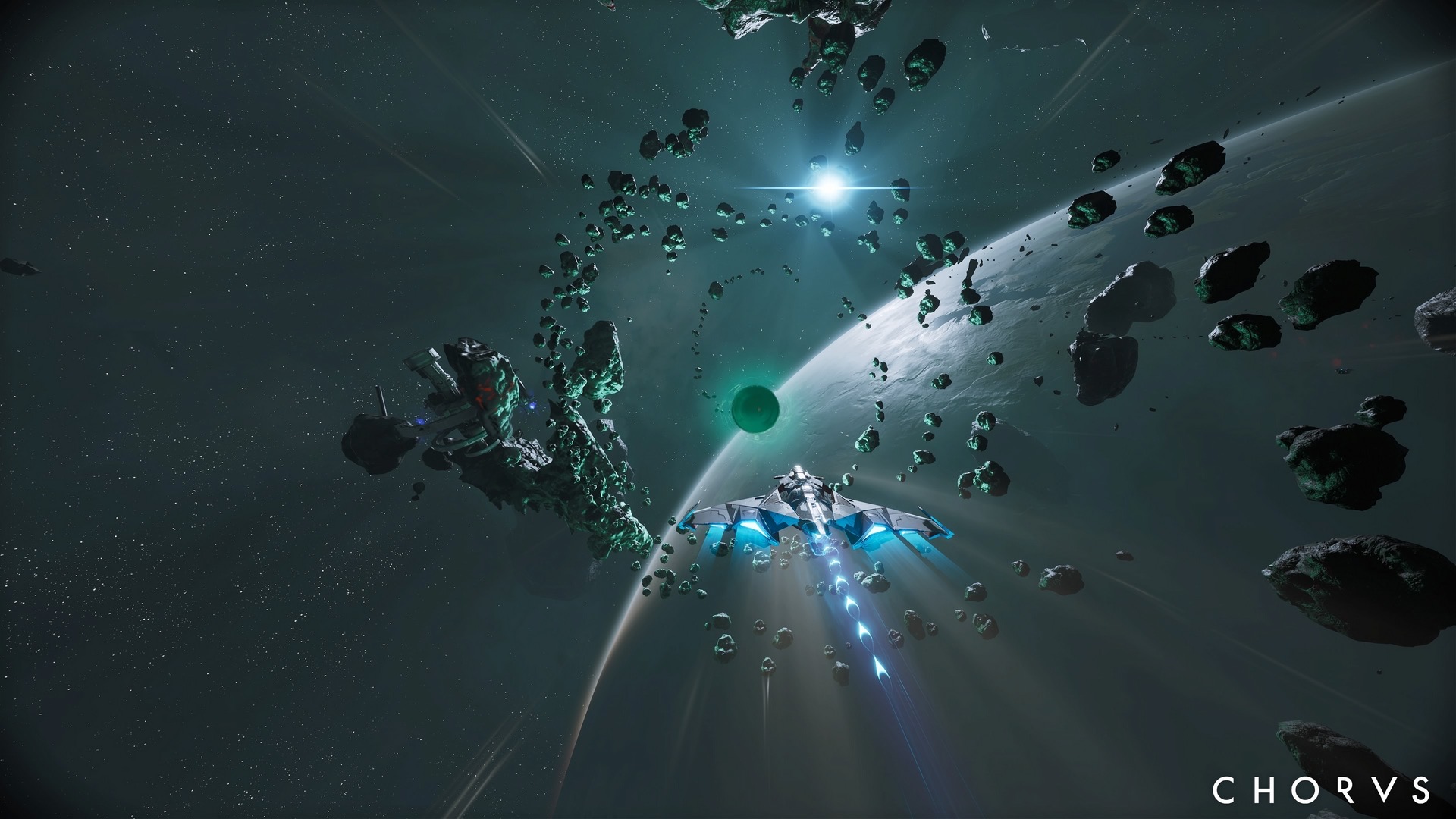 Let’s be clear off the bat, Chorus is not a AAA title; it by no means has the budget to flesh its rather expansive tale out with incredible cutscenes or character models. In fact, the budget seems to be so limited that only Nara, the protagonist, makes an appearance out of her ship. Everyone else appears through a small pop up window with a portrait in-game. But this doesn’t detract from the exceptional writing and voice talent that it serves up. Nara and Forsa steal the show; their conflict, both external and within their own strained relationship is beautifully scripted and had me frequently pumping the breaks mid-flight to really listen to the dialogue.

The budget seems to be so limited that only Nara, the protagonist, makes an appearance out of her ship. Everyone else appears through a small pop up window with a portrait in-game.

Throughout the campaign Nara will be forced to reckon with her past, at the same time growing in power as she visits sacred sites to further build her power, the Rites. Nara's unique set of ancient abilities are expansive and profound and provide a decent power fantasy, but the balance struck between this fantasy and combat is on the mark. Encounters are fast and furious affairs, crossing from longer range combat to extreme close quarters engagements that have you constantly on your toes. 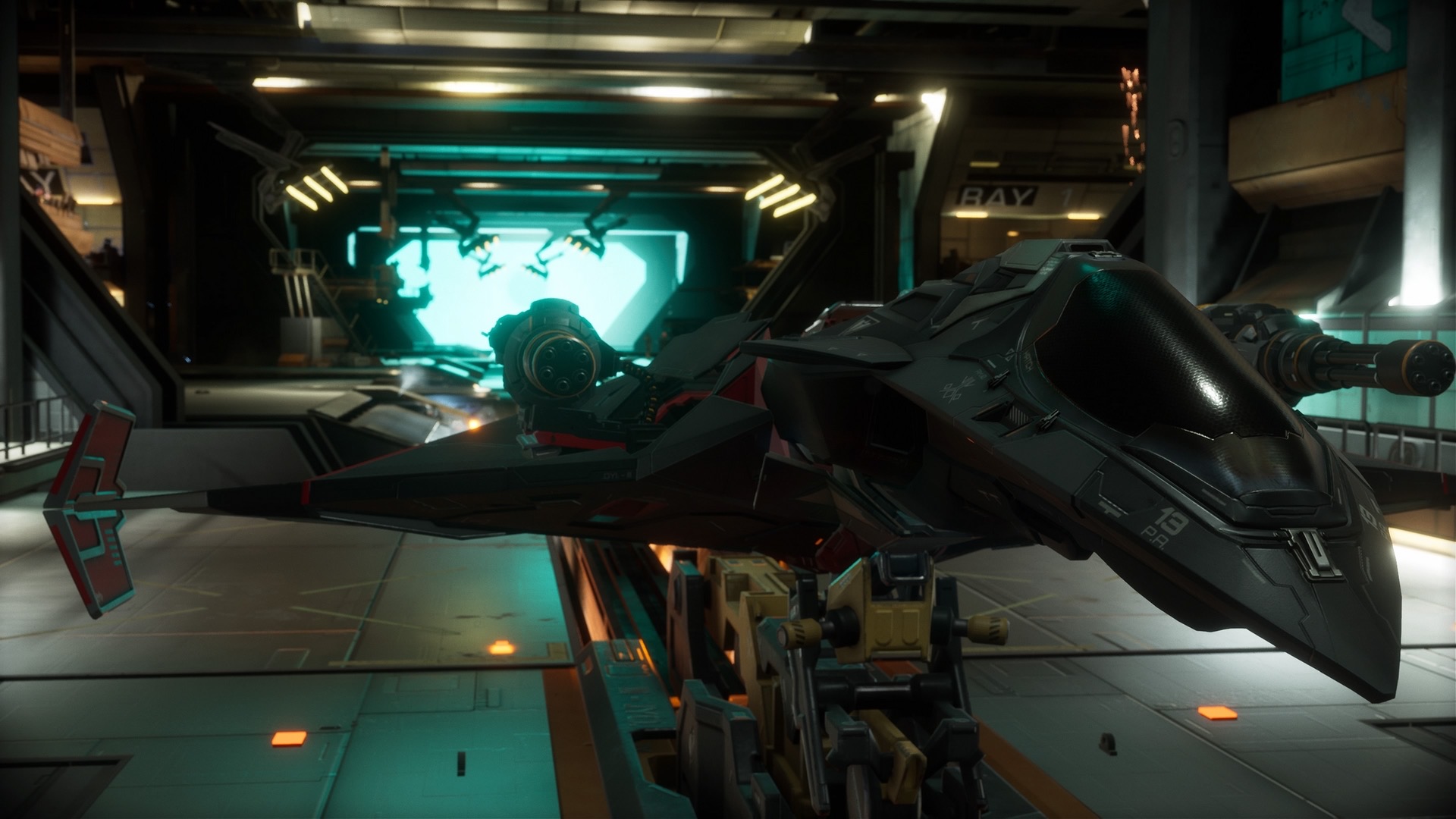 A bane of any flight combat game has always been the ridiculous turning circle that has you chasing markers on the edge of a screen to line up a shot. Chorus circumvents this entire process with a clever ‘drift’ function which allows you to instantly swivel Forsaken (your ship) in a split second to line up a kill. This is where Fishlab’s experience in this genre really shines. They’ve produced numerous titles within this fold and with Chorus, have created an engaging and rewarding combat loop. Shoot, swivel, move, shoot.

An impressive array of upgrades to Forsaken are available throughout the roughly 20-25 hour campaign. There are 3 primary weapons: a gatling gun, laser rifle and missile silo, each of which have their advantages and disadvantages and are situational against a variety of enemy archetypes. All 3 have upgrades down throughout, and, when combined with numerous perks, allow for a degree of expression within your personal build for loadouts.
On top of your base build, the Rites, as mentioned further enhance your ability in combat - a disabling lightning bolt, quick teleport and hyper speed boost all combine to create some cinematic duels that will leave you drooling with delight. 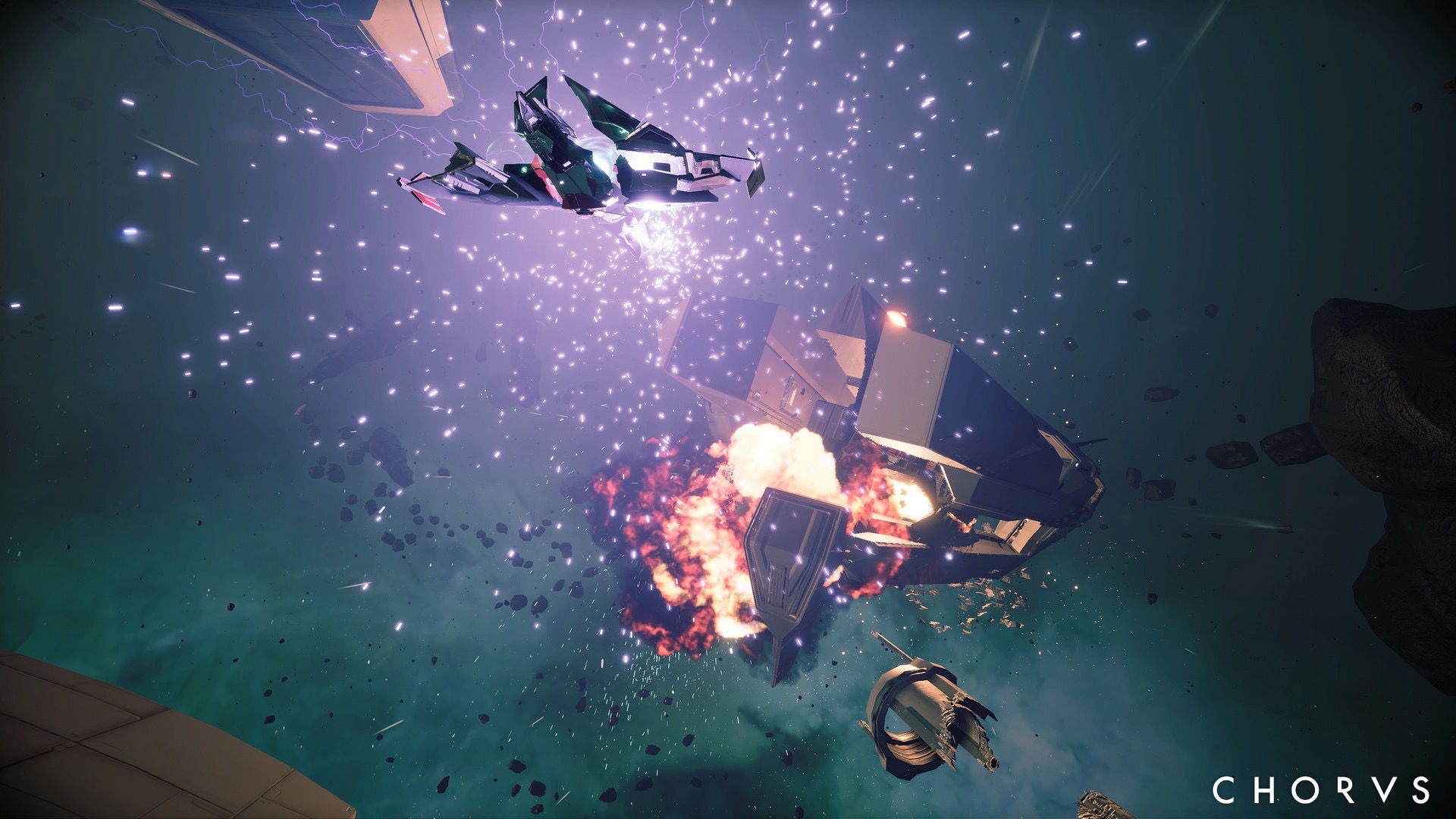 By no means is this a cakewalk however. While you may feel you have an insurmountable advantage, a dogfight can quickly go south if you don’t stay on your toes at all times. The varied enemy types force the player to quickly adapt on the fly to target and destroy the biggest threat, leave certain enemies unattended and the game over screen will appear before you know it. It’s a well rounded dance of bullets - one that I am sure will see some players mastering to breathtaking extents.

The various systems that can be visited and explored are all breathtaking!

Unfortunately, as previously mentioned, Chorus isn’t a big budget title, and that shows at times. Nara is the only character model, other than the heavily masked Prophet, and enemy ships are recycled among the various factions which is a little disappointing. On the other end of the spectrum however, the various systems that can be visited and explored are all breathtaking! From giant ice asteroids to bustling space ports, the picture painted in Chorus is a truly stunning one that takes your breath away around each corner. 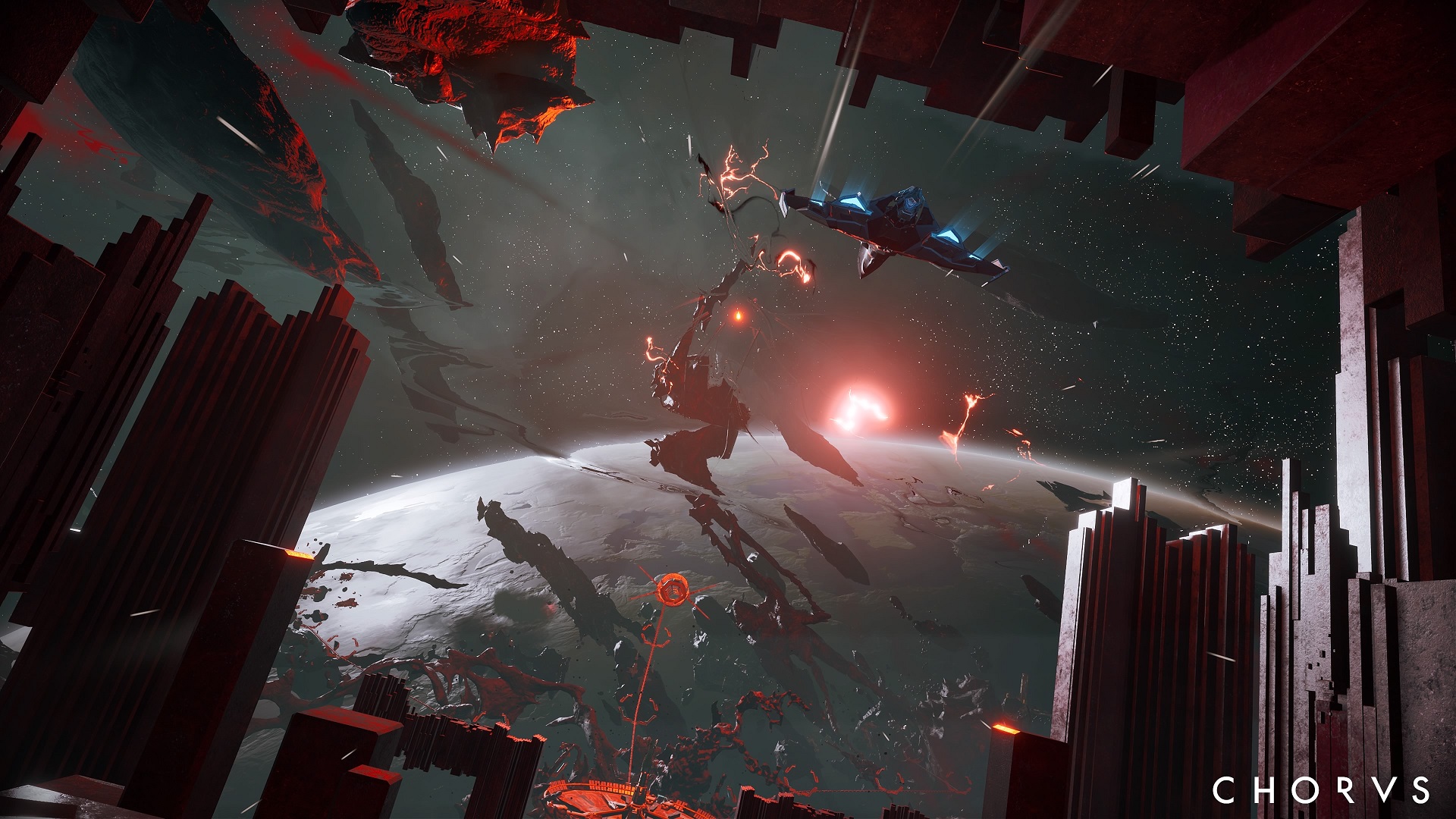 A real sense of scale is present, dwarfing Nara and Forsaken against truly gigantic environments that create complex and intricate fighting spaces. Out of combat, these spaces can be explored, with drips of collectibles present and numerous side quests to chase down, most of which are fairly forgettable. The world-building here, along with the deep lore, create a universe that’s well thought out and begs for a sequel. 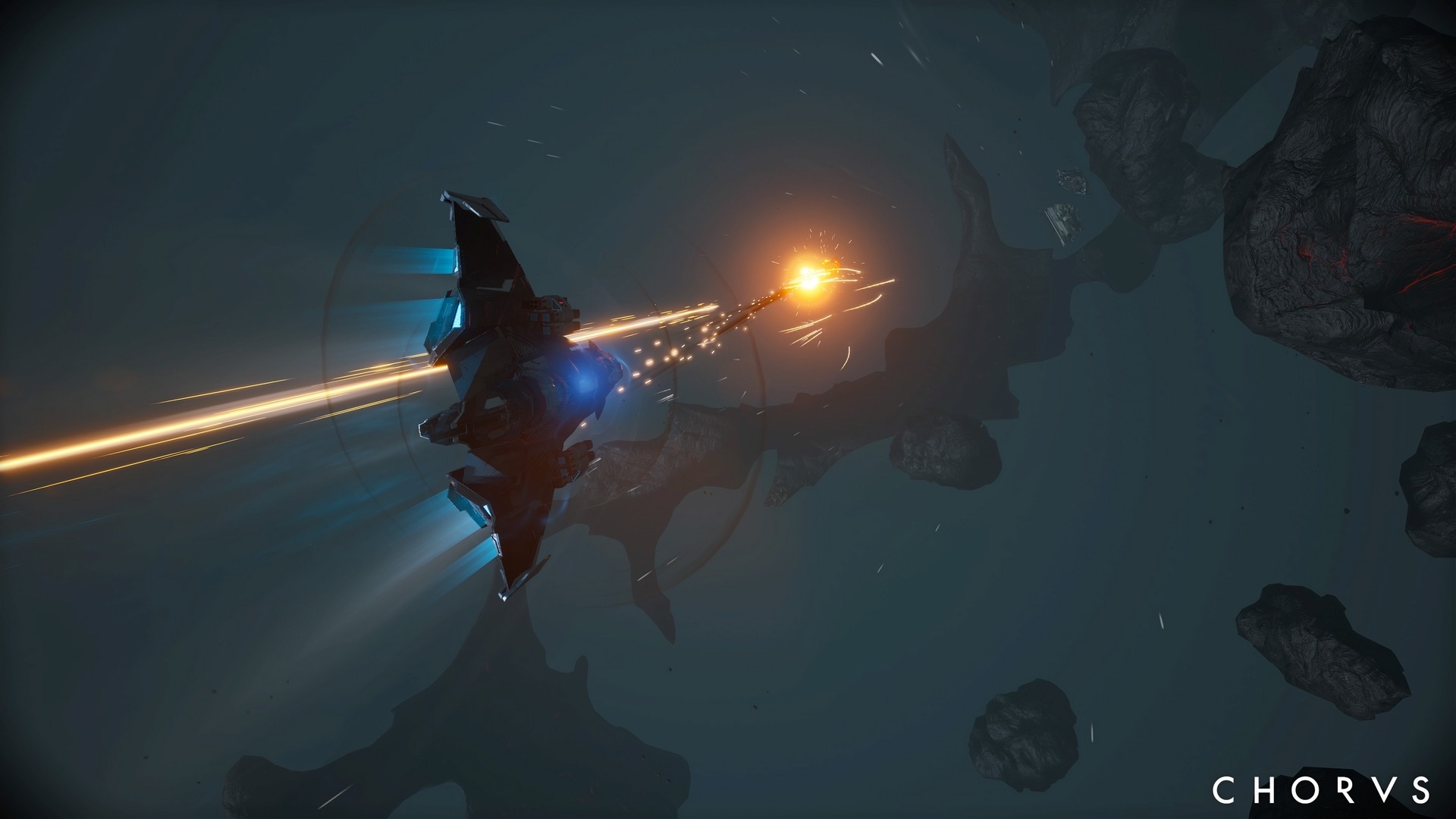 Chorus is a beautifully crafted title that serves as a showcase for a small developer who have stuck to their guns with their chosen craft. Well rounded, brilliantly designed and engaging, it’s a space shooter with a lot of heart and soul that keeps you on your toes and eager for more. If you’re a fan of the legends in this field or even new to it, this serves as a new standard in the genre.

Forgettable side quests and extras

Coffeboy
such a great review thanks , love this game !! 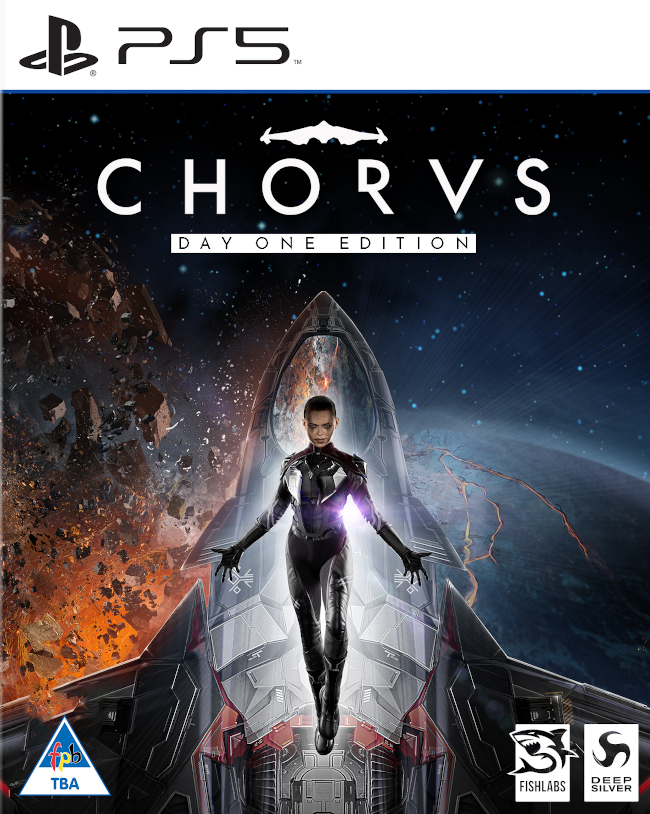