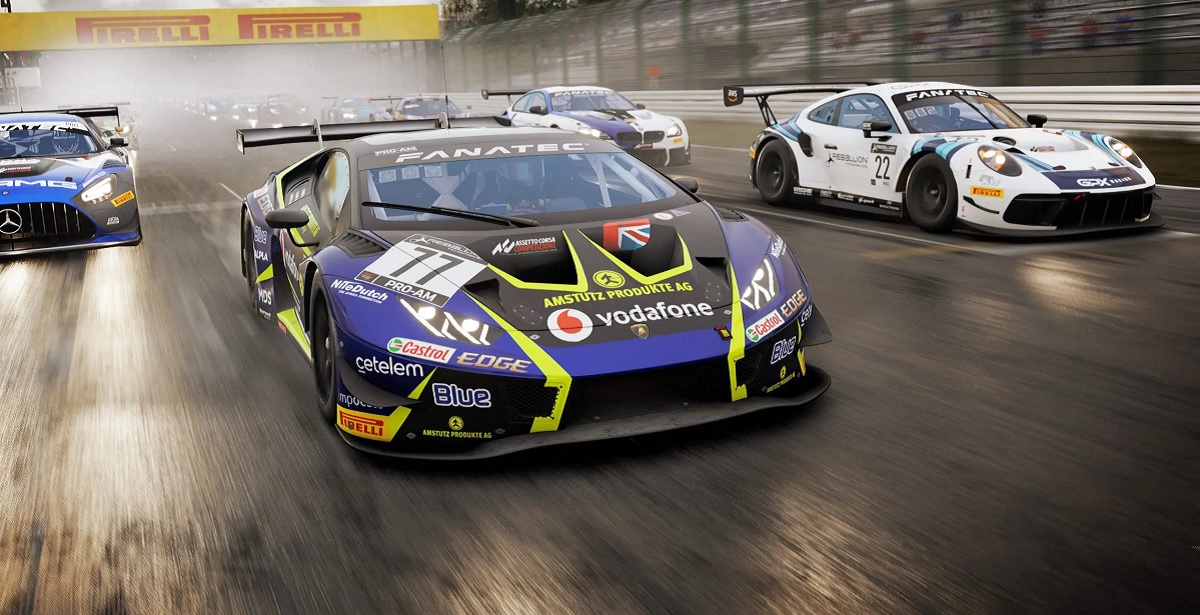 Assetto Corsa sits among the greats in the throne room of simulator racing games. Alongside iRacing and rFactor, Assetto Corsa has a very loyal following that has fueled an amazing era in the racing simulation genre. However, when Assetto Corsa initially launched on previous generation consoles, there were technical issues that plagued the game, preventing it from living up to the experience delivered on PC. This made its already steep learning curve almost unbearable. However, the next-generation port has brought with it a fresh new coat of paint and a completely streamlined experience. 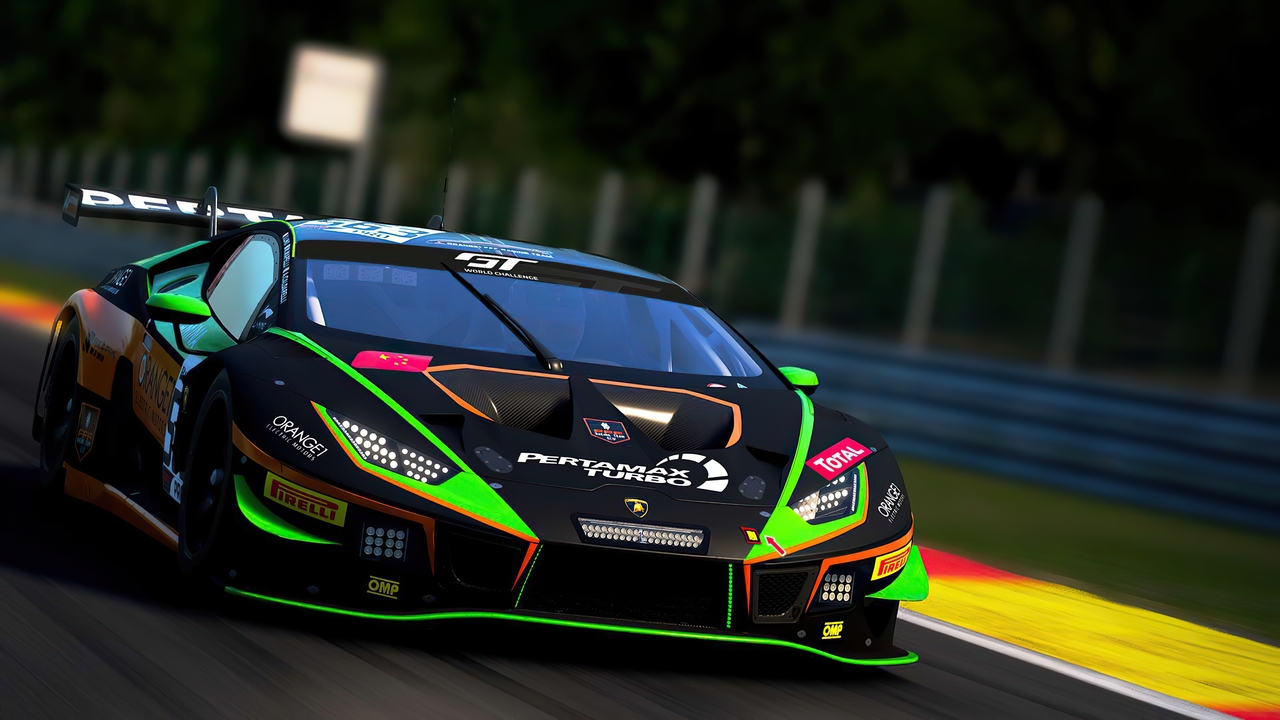 I have to note that this isn’t the game for someone looking to sit on the couch and race for a good hour or two. This is not a controller racer, with ACC requiring precise steering and pedal inputs even if you have the assists on. So it’s highly advised that players look to invest in a wheel and pedals, or consider another racing game.

This is not a controller racer, with ACC requiring precise steering and pedal inputs even if you have the assists on.

With the introduction of the PlayStation 5 and Xbox Series X/S version, Assetto Corsa Competizione brings an experience much closer to the PC version. This brings it more in line with the vision of its creators. The update is free for both PlayStation 4 and Xbox One users, which is a saving grace for those who were left with a sour taste in their mouth with the initial release of the game. That being said, testing on the PlayStation 5 has brought little-to-no-issues thanks to the 60fps and higher visual fidelity. 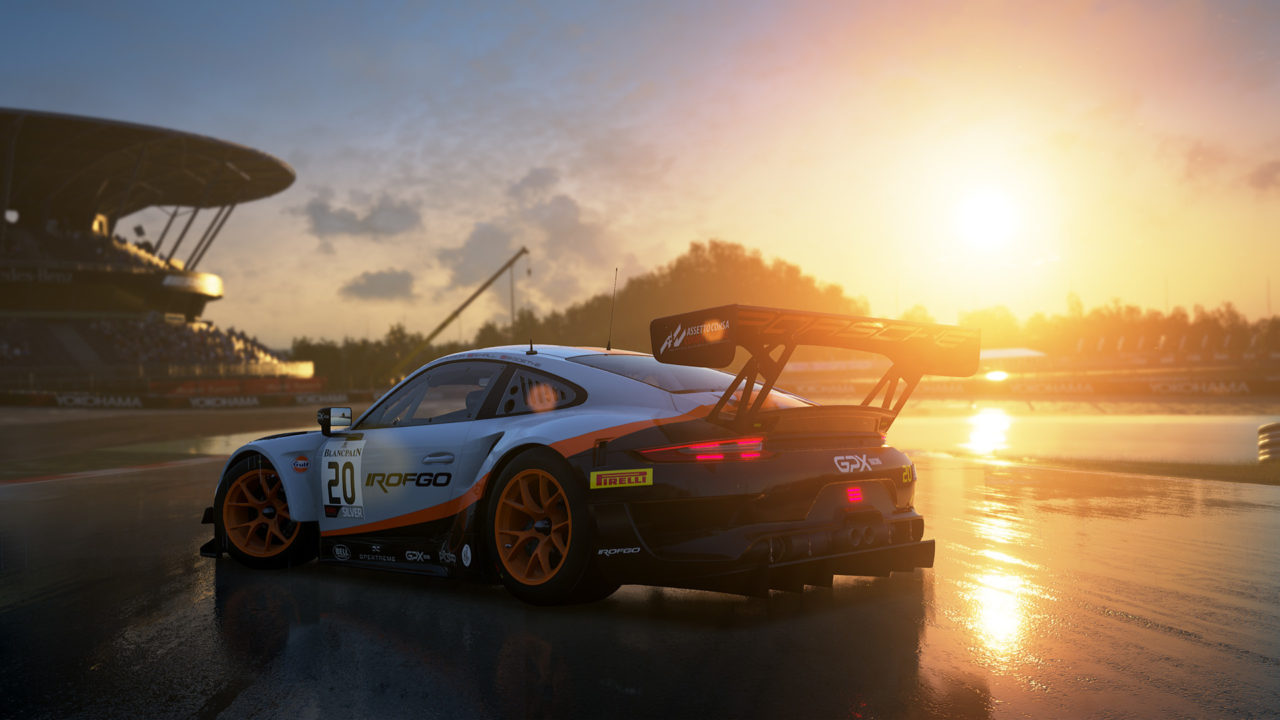 Running at 4K with HDR enabled, I encountered no slowdowns on the PS5. The game is well-packaged. I wasn’t exactly blown away by the car models, but I wasn’t disappointed either. The cockpit view felt like the most immersive of the camera angles, while the third-person camera didn’t translate well to the fluidity of the game. There was an unexplained clunkiness to the way the car reacted visually to my inputs in this view.

The sound of the cars in this camera angle was also muted. It’s almost as if the developer simply didn’t want players to use that viewing angle at all. Nevertheless, the tracks were superb. It took a few races, but I started noticing little touches that added to the immersion. Tyre rubble littering the edges of the track made it feel lived in visually, but it also affected the grip of the car when trying to cut in or overtake in those lanes. Paying close attention to these minor details gave a greater sense of risk versus rewards when trying to gain positions during a race. 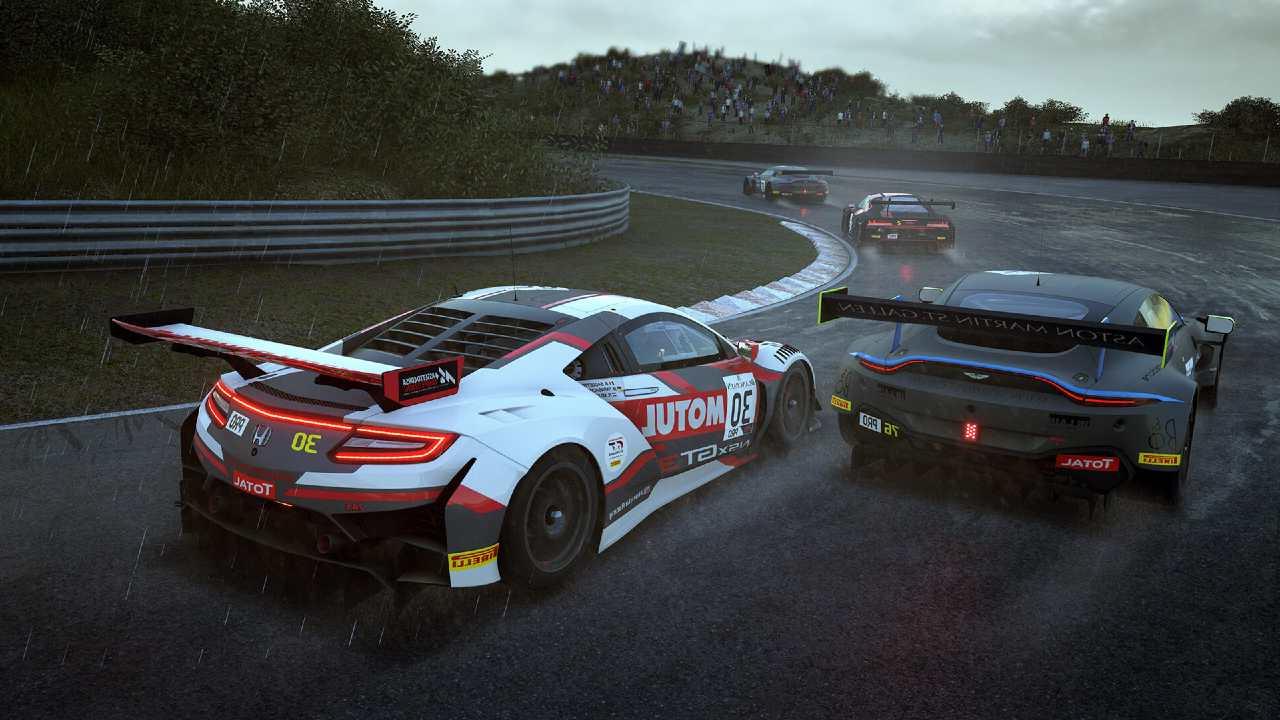 The improved visuals and extensive weather conditions make track runs feel incredibly exciting and satisfying. Driving at night through Ardennes Spa, or trying to tame my car in Silverstone, no thanks to the typical British weather that constantly plagues it. Regardless of the weather and time of day, Assetto Corsa Competizione manages to maintain its 60fps performance and looks great doing so. The PlayStation 5 does a fantastic job of rendering the photorealistic weather. It truly is worthy of being titled as a next-generation game.

It will take a while to get used to the way the cars feel while using a controller, but I constantly felt like this isn’t the true way to experience the game.

The DualSense doesn’t feel like it’s being used to its full potential with ACC. Outside of the immersive haptic feedback, inputs just don’t feel as precise as a game like this would require. Players will have to change the controls to make the game feel playable, but this will vary greatly for each person. It will take a while to get used to the way the cars feel while using a controller, but I constantly felt like this isn’t the true way to experience the game. This is especially prevalent when you’re constantly told that sectors of the map are “too inconsistent”, which can get on your nerves when trying to do a perfect run. 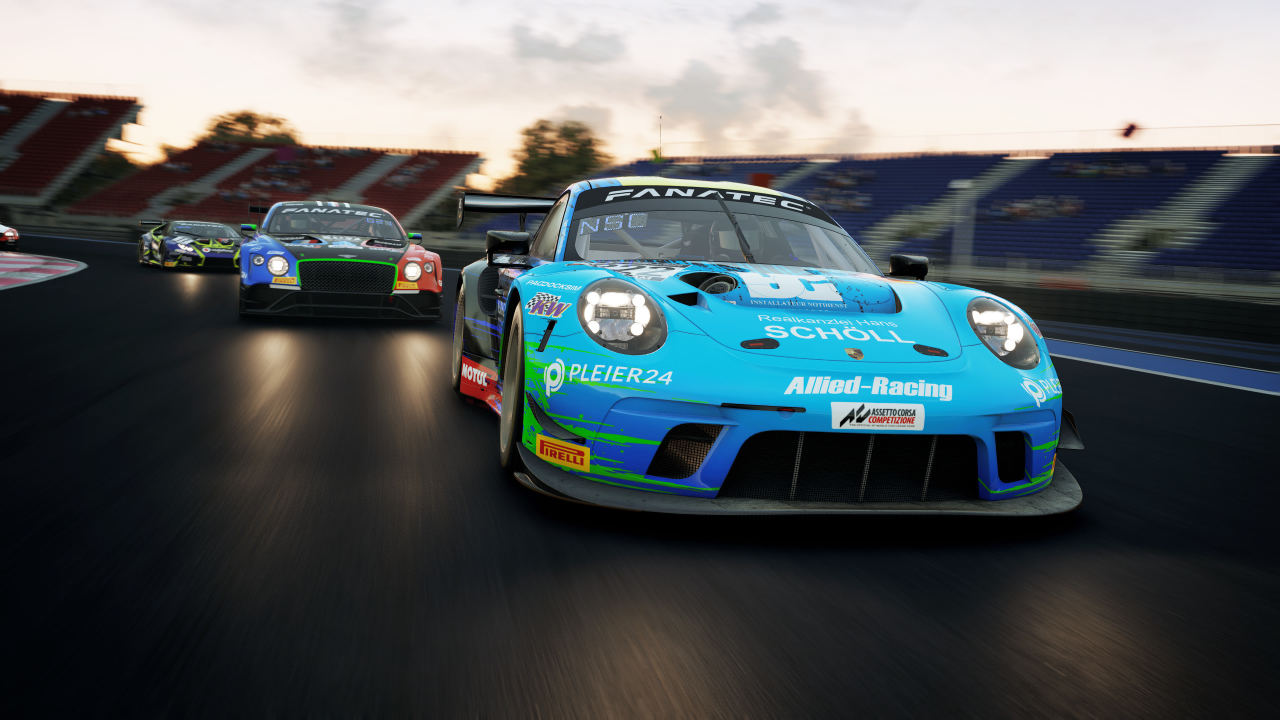 Assetto Corsa Competizione takes pride in the fact that it is the home for the GT World Challenge. While this may not have the variety of its competitors like Gran Turismo and Forza Motorsport, it doubles down on creating an almost true-to-life experience of being a GT racer. The name of the game is consistent, smooth driving while also maintaining incredibly high speeds. This addictive gameplay loop is worth experiencing for fans of the genre. The attention to detail on aerodynamic and tyre models makes every car feel like a completely new way to experience the game.

The meat of the game comes in the form of its championship and single races. Challenges include performing across sprint and endurance races on a large host of circuits that come very close to the real calendars from 2018 to the 2020 seasons. There is quite a lot of things to do from a single-player perspective, but be prepared to dedicate a good chunk of your time to endurance races. Thankfully, there is a way to speed this up as well as save your progress so you don’t have to do it all in one sitting. That being said, ACC can be rather punishing if you’re too later under-braking, so proceed with caution in longer playthroughs. 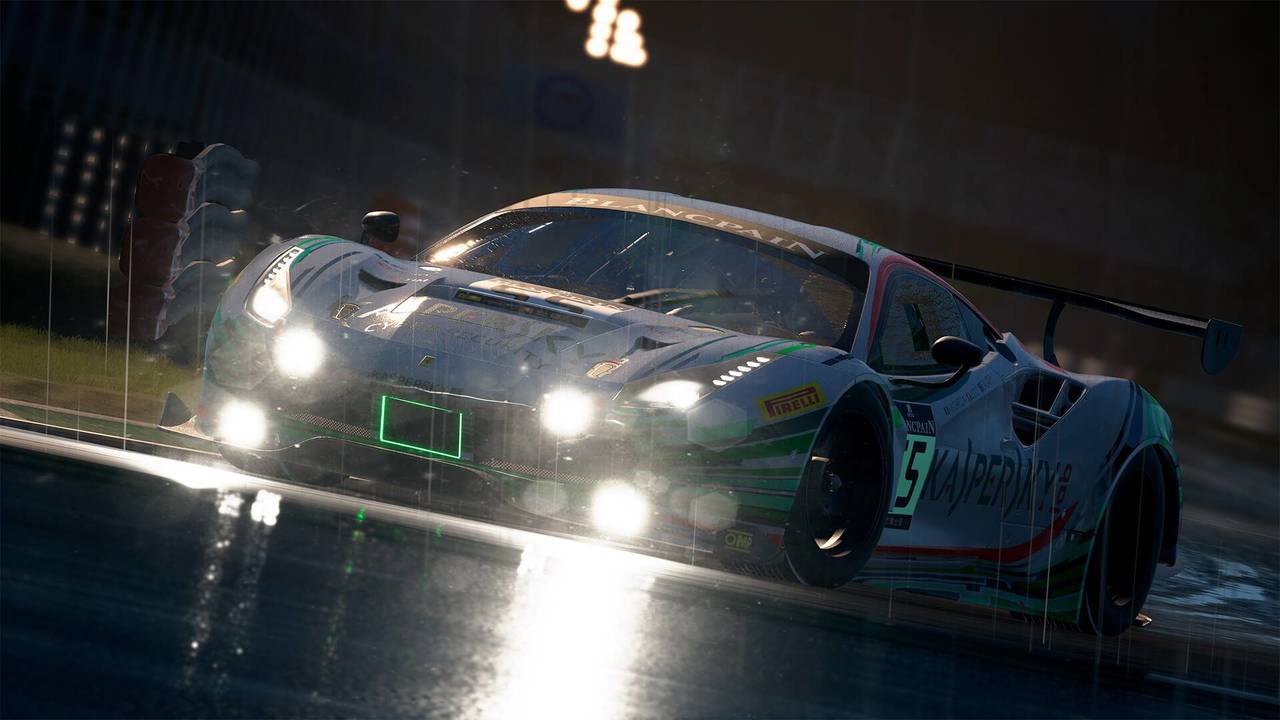 One of the standout features has to be the game’s sound design. Car sounds have a rich note to them, with clear differences between each manufacturer. The sheer aggression from the exhaust while brutally accelerating down a straight, and the pops and bangs that greet you when downshifting is sure to have you smiling from ear to ear. This only plays further into the sense of immersion, but the attention to detail in the way cars sound is truly astounding.

Thanks to the smooth gameplay and 4K support, Assetto Corsa Competizione prides itself in its sense of immersion.

Assetto Corsa Competizione on PlayStation 5 is the perfect gateway drug for those looking to get into one of the most visually and mechanically realistic racing experiences available. The fresh new coat of paint is well worth its weight in gold, and many of the issues that plagued the game’s initial launch are almost non-existent. Thanks to the smooth gameplay and 4K support, Assetto Corsa Competizione prides itself in its sense of immersion. Well, that’s if you can spare the extra cash for a wheel and pedals. However, the lacklustre variety and less than desirable controller feel keep making me ask myself the same question. Why not just buy Gran Turismo 7?

Attention to detail is awe-inspiring

Needs a wheel and pedal to play

Not friendly to newcomers 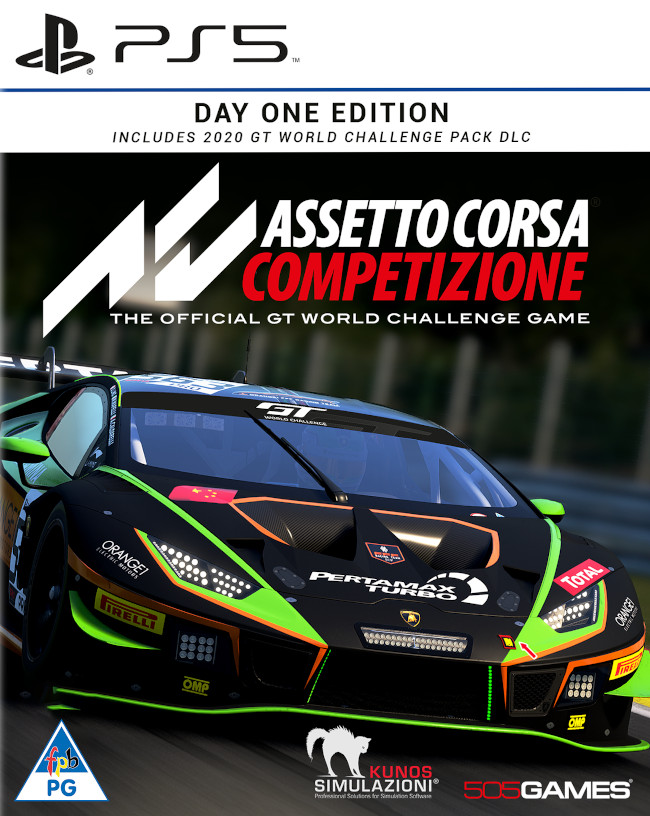