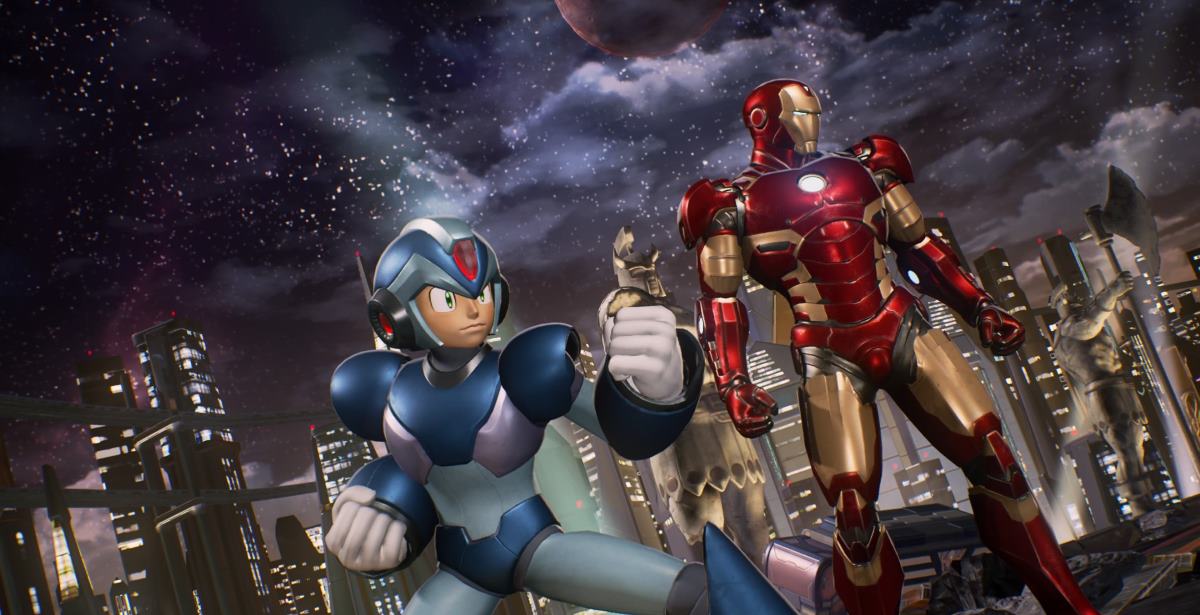 When rumours of a new Marvel vs Capcom game started to circulate many fans refused to believe it, not because we didn’t want it to happen but because we didn’t want to be disappointed if the rumours turned out false. As rumours started to spread, and gain more info, many started to believe, and the imminent announcement was surrounded by excitement and hype. A few days later the trailer for Marvel vs Capcom Infinite dropped, and players from around the world screamed with delight. Many people may not understand it, but the Marvel vs Capcom games are usually seen as the holy grail of fighting games. The type of game that comes out where you ask yourself: How did this happen? Especially with such complicated licensing.

Marvel vs Capcom Infinite released a few days ago but does the hype live up to the initial excitement? Can it stand side-by -side with the other games in the series? Is it a game we will be playing for the next 10 years? Let’s break it down and find out.

Bringing together characters from the Capcom and Marvel universes, it seems like picking an awesome roster of characters would be a no brainer. Sadly, that is one of the biggest weaknesses of MvCI. With a launch roster of 30 characters it ultimately has a rather disappointing selection. The majority of characters have been copied over from Marvel vs Capcom 3, and while the same has happened for older games in the series it stands out more in MvCI due to the lack of newcomers.

Putting aside the blatant copy and paste of characters, I still wonder why someone like Nemesis would be put into MvCI over a character like Wesker. Wesker was a far more popular character in Marvel vs Capcom 3, we saw him in casual and tournament matches quite often whereas Nemesis was barely seen anywhere. It is this part of the roster that irritates me the most - the decision on some characters over others. With only 5 new characters in the base roster the overall selection leaves a lot to be desired. The upcoming season pass will contain 6 characters, 5 of which have never been in a Marvel vs Capcom game, though I cannot help but wonder what difference it would have made if these characters were in the launch game. 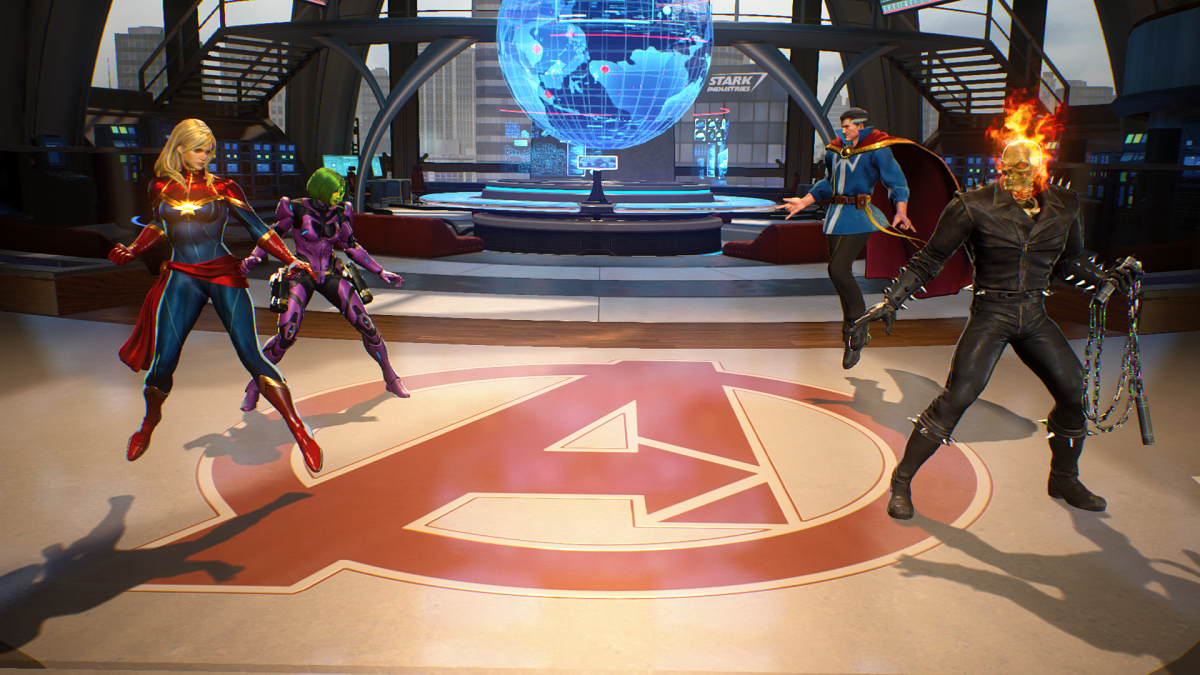 The fantastic gameplay in the game makes the roster selection even more disappointing when you think what could have been with new or remodelled characters. The amount of freedom a player has is incredible. I can’t think of many fighters that have given me this level of freedom to experiment and enjoy a game. Teams are back to two characters where the third slot is now used for an infinity stone, there are 6 infinity stones to choose from, each with their own effect. Each stone has 1 main ability and then one “super” ability. The main abilities can be activated with a simple press of a button, and this could be a slow moving projectile which will allow you to close the gap on your opponent, or a beam that may steal health away and give it to your character if it connects, each gem is unique, changing the dynamics of a team.

Then you have the Infinity Storm which can be activated by filling the infinity gauge to a certain amount, activating this has various effects depending on the stone you choose. If you have, for example, the power stone you will have some crazy damage output which may even result in a one touch kill combo if you are skilled enough, or the space stone which will trap your opponent in a box where they will be unable to move, they can still attack and block but cannot move around the stage. Selecting an Infinity Stone is just as essential as picking a character, and while some characters will get more use out of certain stones than others and finding out these different setups is all part of the fun.

While some characters feel like they have a bit more going for them than others, the addition of the Infinity Stones can really throw that out the window. Hulk is known to be a slow, hard hitting character but give him the Time Gem and all of a sudden you have a character like Hulk who can now ground and air dash with the infinity stone’s ability. It allows for additional freedom to play the characters you want to play, and not feel at a disadvantage against more powerful characters. 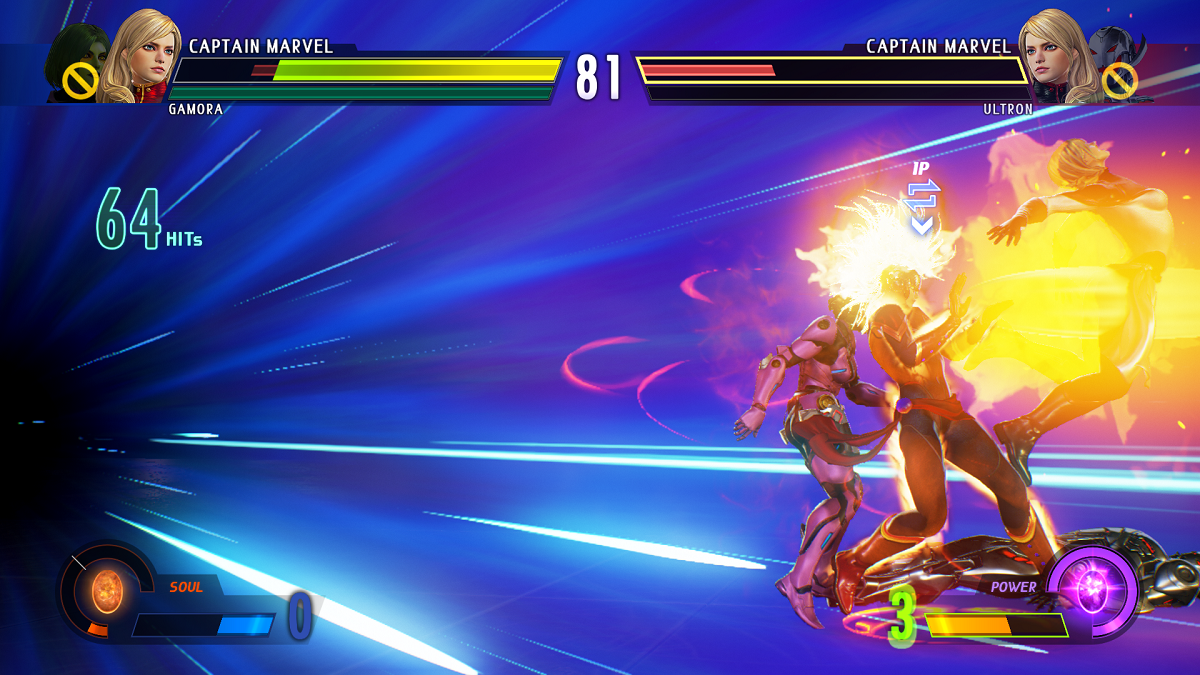 MvCI also makes use of an Active Switch mechanic which allows players to switch between characters at almost any point in the game, mid combo, in the air, during super moves and even when your character is stuck in a combo, though at the cost of meter. This adds a whole new depth to the game and team composition. Overall, gameplay is in a masterclass tier and is really something that needs to be experienced. Being able to spend hours in the training mode, testing out new setups and character teams just feels enjoyable.

For casual players the game does enough to help them on their way, with a tutorial mode to teach you the basics of the game’s mechanics as well as a trial mode that contains 10 different trials for each character utilizing various abilities. Utilizing a simple 4 button attack system, light and heavy punch and kick as well as an infinity stone button and a tag button, it’s easy to understand and get to grips with. Additionally, for newcomers, the game has an auto combo system, pressing light punch multiple times will result in a combo and pressing both the heavy punch and kick will perform a super move. These can be turned off at any time and it’s really up to you how you want to play it. All in all I can’t praise the gameplay enough, no matter what your experience with fighters might be. 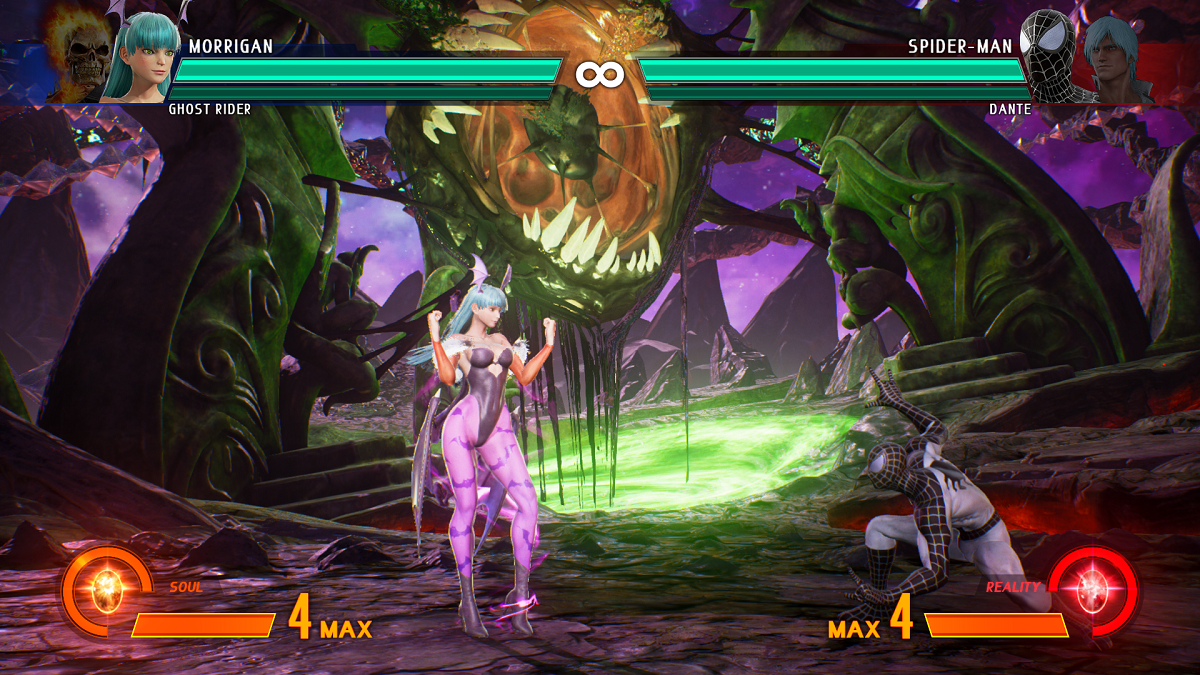 MvCI might be the first fighting game where I have been impressed with every single stage. Each stage is excellently presented, detailing various areas with some awesome artwork. The soundtrack is another standout for the game and sets the mood perfectly.

Capcom has taken some criticism from previous titles and added in a story mode, and while it isn’t anything amazing it is still enjoyable to play through especially for the various character interactions. Seeing Ghost Rider interact with Morrigan was a standout moment of the story, as well as the interaction between Dante and Jedah. These interactions carry over into team composition, depending on the team you will have unique intros with the characters and when you tag in during a match characters won’t just call out their partner’s name, but will have unique dialogue for them. Examples of this would be Ghost Rider tagging in Morrigan and calling her Succubus instead of her name. This adds that extra detail to the game that fans are sure to love. Overall, though the story mode is quite short, (it took me 2 and a half hours to complete) it does add to the content of the game and gives players a chance to try out various characters and infinity stones.

In addition to this there is an arcade mode, but sadly this has no character endings or anything and instead will just award you with different costume colours. There is also the standard training and mission modes, as well as various online modes. Unfortunately I am unable to test the online just yet, but I have heard some very positive things about it from other gamers and will add it to my review as soon as possible.

MvCI has the makings of an incredible game which is brought down by its presentation and lack of original characters. Sadly with such a big roster of characters where many have barely changed from their MvC3 counterparts, it feels a bit too much like a cut and paste job. The new characters look amazing especially when compared to the older characters. Their models, movement and moveset just feels so much better than older characters, which may be due to them being completely new, but even so, it leaves the thought in my head as to what they could have done with a better launch roster. We have some hope in the upcoming season pass as 5 out of the 6 characters have never appeared in a Marvel vs Capcom game before and I am sure that with future support this game can be something special. Thankfully all of this is carried by the incredible gameplay. 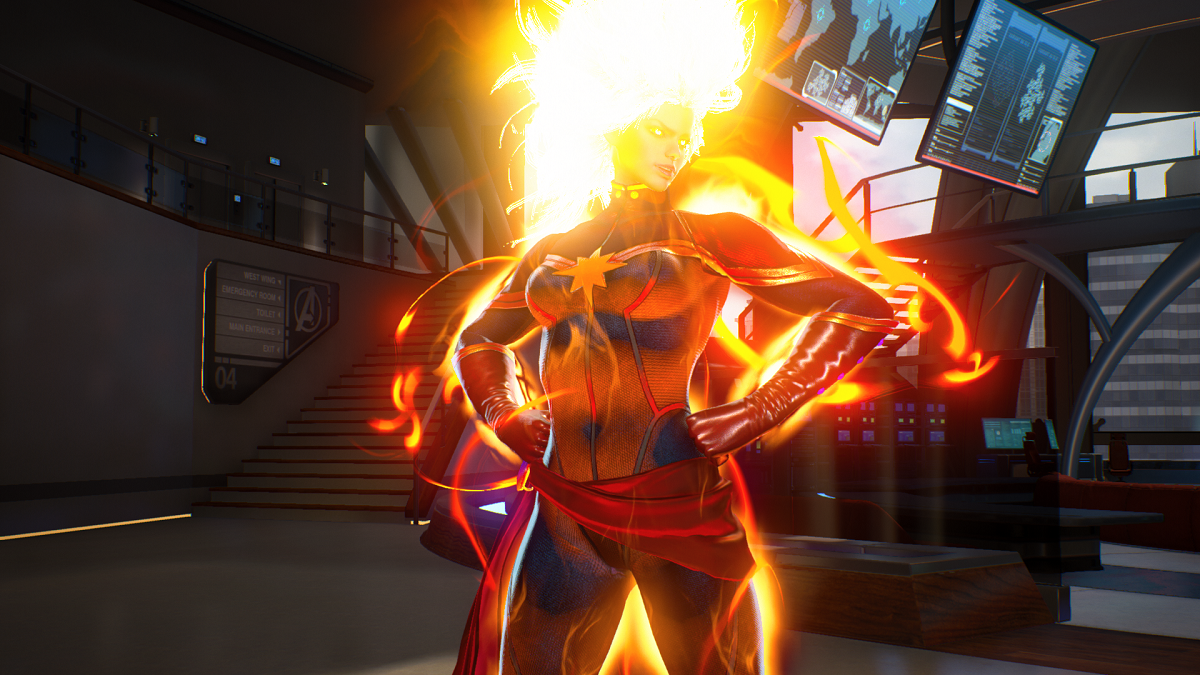 On the surface MvCI looks bland and lazy, but once you dive in you will find a fighting game that can stand with any other out there. A simple system to understand with freedom like no other game before it. MvCI is able to take boring characters from “meh” status to “omg” status, and it is this part of the game that will keep people coming back for more. If both Marvel and Capcom can continue to polish MvCI while adding unique and new characters throughout the years, this will turn out to be one of the best fighters ever made. However, currently this game requires a lot of faith from players to jump in, and at this moment in time I don’t think many people have that faith anymore for Capcom’s fighters, further hindered by the negativity around its character roster. That said, those that still have some faith and decide to give this game a chance will certainly find a gem of a game.

Not the best looking game

A lot of recycled moves 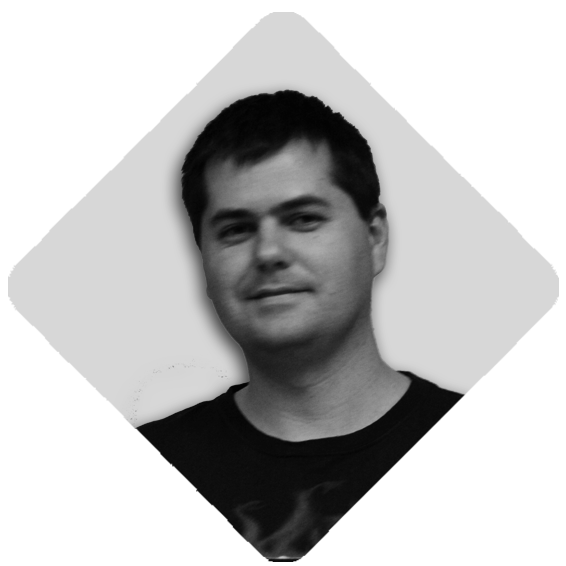 DarkPrince
The roster may be disappointing but the game as a whole is certainly not a disappointment. 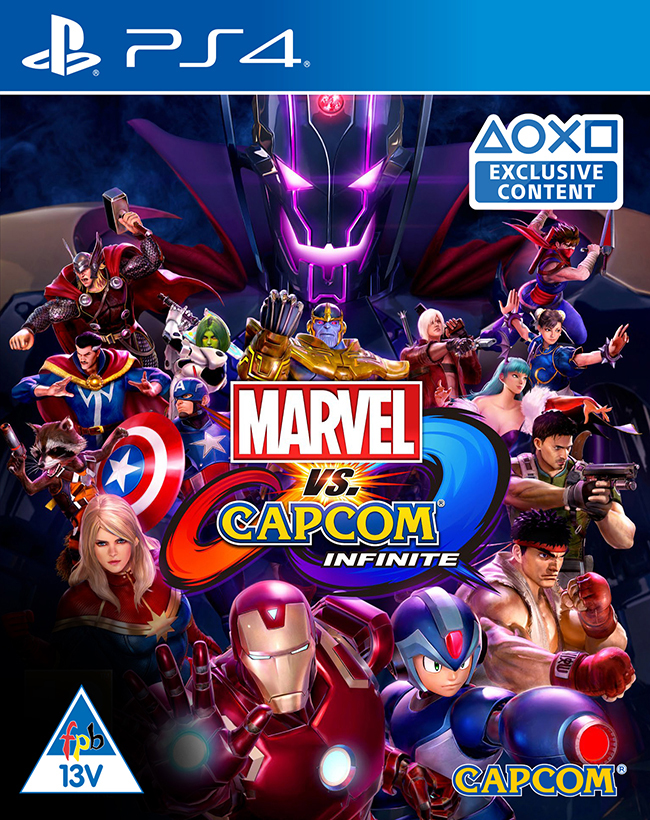