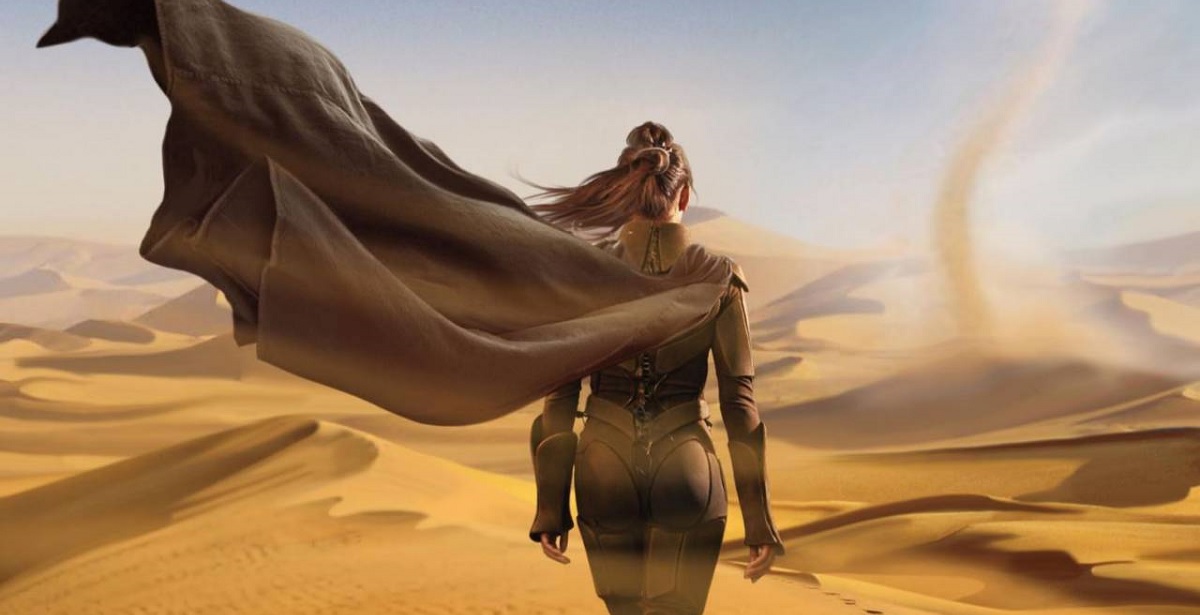 After months of teasing, we finally have a trailer for Dennis Villeneuve's upcoming sci-fi epic, Dune. Based on the classic novel by Frank Herbert, Dune tells the story of a young man named Paul Atreides on a journey far, far away to uncover the truth about his heritage, all the while factions fight for control of a dangerous desert planet said to house a powerful drug that grants extended life. The book received a film adaptation first in 1984 by David Lynch, then a mini-series in 2004 on the Sci-Fi Channel. Now, Blade Runner 2049 and Prisoners director Dennis Villeneuve is taking up the challenge.

The trailer gives us a glimpse into the planet of Arrakis, spectacularly realized and just as sandy as we imagined. Paul Atreides is played by actor Timothee Chalamet, while Zendaya plays Chani. The cast of the film is massive, featuring stars like Rebecca Ferguson, Jason Momoa, Josh Brolin, Oscar Isaac, Javier Bardem, Dave Bautista, and Stellan Skarsgard. With such a strong cast backing the project, Villeneuve's direction needs to shine through - and by the looks of the trailer, it absolutely delivers. From the wide shots of Arrakis to the money shot at the end involving the giant sandworms, there's a lot to look forward to and be excited about for this particular adaptation. Check out the trailer below:

Warner Bros. provides a description of the film:

Oscar nominee Denis Villeneuve (Arrival, Blade Runner 2049) directs Warner Bros. Pictures and Legendary Pictures’ Dune, the big-screen adaptation of Frank Herbert’s seminal bestseller of the same name. A mythic and emotionally charged hero’s journey, Dune tells the story of Paul Atreides, a brilliant and gifted young man born into a great destiny beyond his understanding, who must travel to the most dangerous planet in the universe to ensure the future of his family and his people. As malevolent forces explode into conflict over the planet’s exclusive supply of the most precious resource in existence—a commodity capable of unlocking humanity’s greatest potential—only those who can conquer their fear will survive.

Bob the Third
So far it look on spot with the book. Will have to wait and see if this movie version does the book justice

Blaze
@Snow Yep he seems a bit out of place. Just thinking how good Logan Lerman would've been in this role. Oh well, will reserve judgment.

Snow
I agree, not a fan of that Timothee dude

Scottie
TBH the cast puts me off a bit.