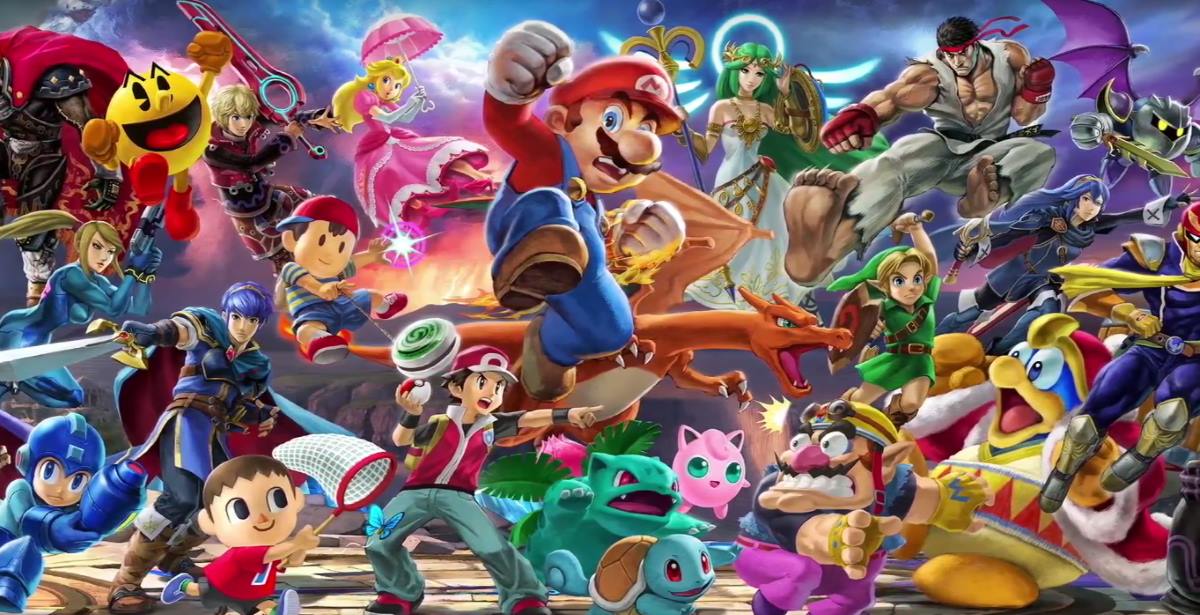 Nearly twenty years ago the first title in the Super Smash Bros. franchise launched on the Nintendo 64. From its modest beginnings, the series has evolved into a major staple for competitive gaming as well as a go-to fighter for when friends come over. Super Smash Bros. Ultimate is no different providing a large roster of iconic characters far beyond its Nintendo-only roots, 108 stages and over a thousand collectable Spirit characters. 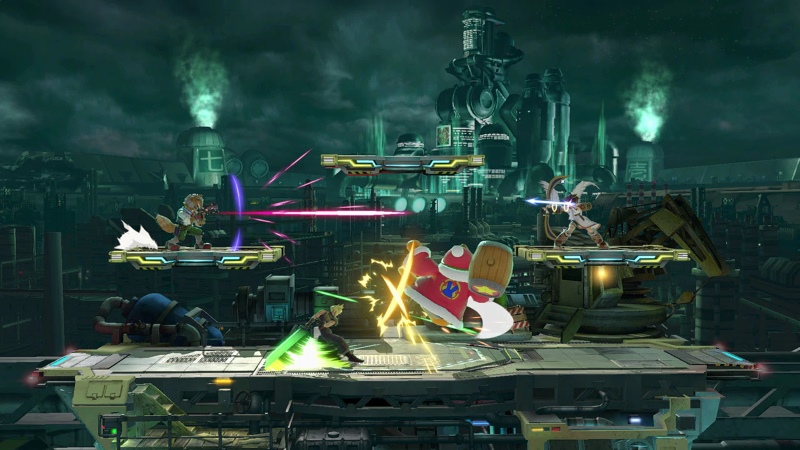 Joining the line-up are a host of new faces, including Ridley from the Metroid series, Simon and Richer from Castlevania, and, secretary extraordinaire, Isabelle from Animal Crossing. While staying true to its traditional gameplay mechanics, there have also been a number of tweaks and additions making this truly the ultimate addition to the franchise. Three new techniques have been introduced to Ultimate; the Directional Air Dodge, Perfect Shield, and the Short-Hop Attack.

The Directional Air Dodge lets the player dodge while moving in the direction they tilt left analogue stick. If this is excessively used the character will become more vulnerable to attacks and the range in which they dodge will shorten. The Perfect Shield can be executed by letting go of the block button as an opponent lands an attack, rendering the attack useless. The Short-Hop Attack can be executed by pressing both the attack and jump buttons at the same time, letting the player hop a short distance off the ground while performing an air attack. While these attacks are considerably likely to land a hit, they do slightly less damage than a regular attack.

As always, there are a multitude of game modes to keep things from feeling stagnant, which is often an issue in the fighting game genre. Smash mode is the regular go-to where you can create your own pre-set rules, like the number of stock units, and time limit, that can be saved as a shortcut. Stamina mode has now been added to Time and Stock modes; stamina is a gameplay option that replaces the damage percentage with a traditional life bar as found in numerous other fighters.

Instead of building up a damage percentile, this life bar is depleted to defeat characters. Adding to Smash mode is Squad Strike, an elimination-style mode where the player chooses between 3-on-3 or 5-on-5 Squad Strikes. Both sides battle each other as the three or five characters in one battle, once a character is defeated the next character is put against the prior winner. Tourney mode makes its triumphant return from Super Smash Bros. Brawl and allows up to 32 participants to compete in a tournament bracket that can be made up of both CPU as well as actual players. The last feature from Smash Mode is Smashdown, a new Special Smash Mode. Players start off presented with a number of matches. After the match comes to an end, the character used in that match will no longer be available which forces the player to select a different character for the next one; a great way to learn a variety of characters move sets and abilities. 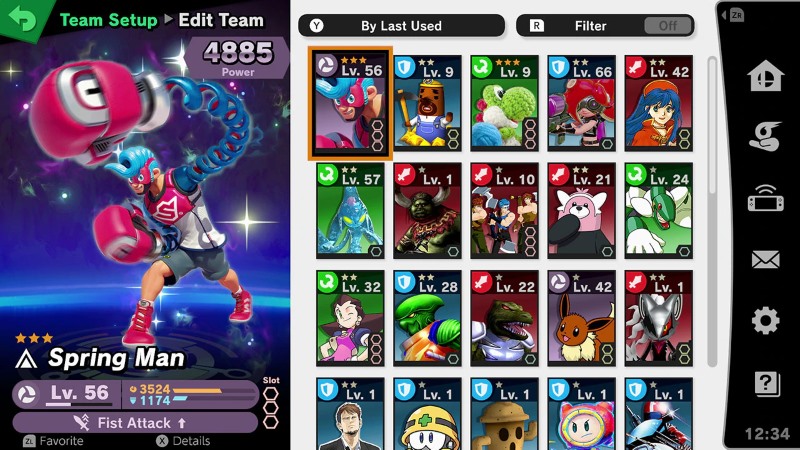 Unsurprisingly we see the return of the Classic mode. This time around the format is similar to that Super Smash Bros. Brawl. Your chosen character battles a number of opponents with a bonus level thrown in for good measure. At the end of the road, the boss fight will be presented, in the form of Master Hand, or the right-handed counterpart, Crazy Hand.

The standout addition to Super Smash Bros Ultimate is, without a doubt, the Adventure Mode titled "World of Light". Wold of Light takes you on a journey where the villain Galeem defeats all the characters in the Super Smash Bros. universe, bar one, and imprisons them in the World of Light. The characters are then cloned and possessed by spirits. Pretty dark, right? You then venture through a board game-like map, rescuing fallen characters and accumulating Spirit characters that act as RPG elements to add new criteria and stats to your character. Once you’ve enhanced your character with the battle specific Spirit attributes, you stand a far better chance against your opponent. Activating the Spirit trait prevents your character being affected by wind, as an example, and can be the difference between standing strong or being blown away like a plastic bag. You can train your Spirits in a number of different dojos, as well as, send them exploring to discover valuable items while you continue throughout the twenty-plus hour adventure mode. Lastly, the Training mode allows players to harness their abilities, either with traditional, or manipulate, gameplay elements. 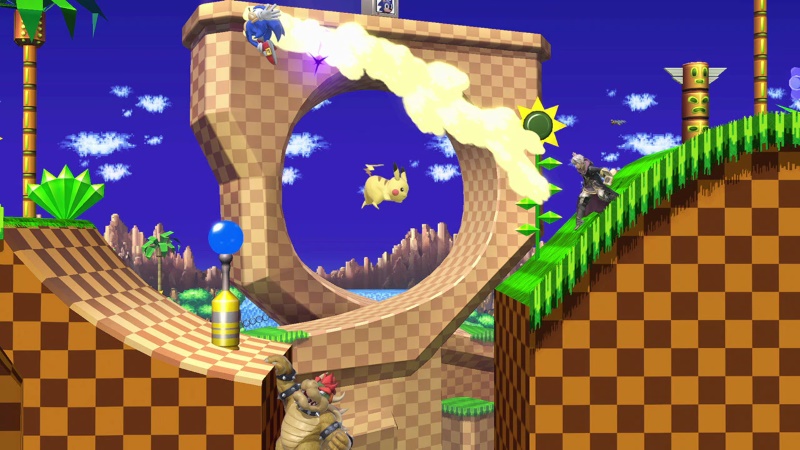 Ultimate's online mode lets you create public or private arenas for friends and strangers with specific rule-sets. Quick Play matches you against fighters of a similar skill level to you and features an option where you can use a preferred rule-set. Matchmaking is quick and efficient but can be rather hit-and-miss, depending on how diverse you are as a player with the differing rule sets.

For better or worse, every character from previous instalments returns in Super Smash Bros. Ultimate. Some characters are now known as “Echo” fighters instead of being classified as ‘additional’ characters, cheaply taking up a character spot. These characters have the same move sets as the original characters but can vary in execution, speed, or power. Having the roster as large as what it is, provides you with an experience whereby Mario, Mega Man, Sonic, Pac Man, Snake, Ryu, Cloud, and Bayonetta can all partake in a unique Smash experience.

Super Smash Bros. Ultimate is by far the most complete game in the popular franchise. It hasn’t reinvented the wheel and doesn’t need to. Ultimate presents enough additions and improvements to smooth out the edges and deliver a beautiful balance of chaos and fluidity. Bundled together by, probably, the most diverse soundtrack in gaming today, gorgeous visuals, and tried-and-tested mechanics, makes Super Smash Bros. Ultimate one of the best experiences that a fighting game has to offer.

Online mode can be improved 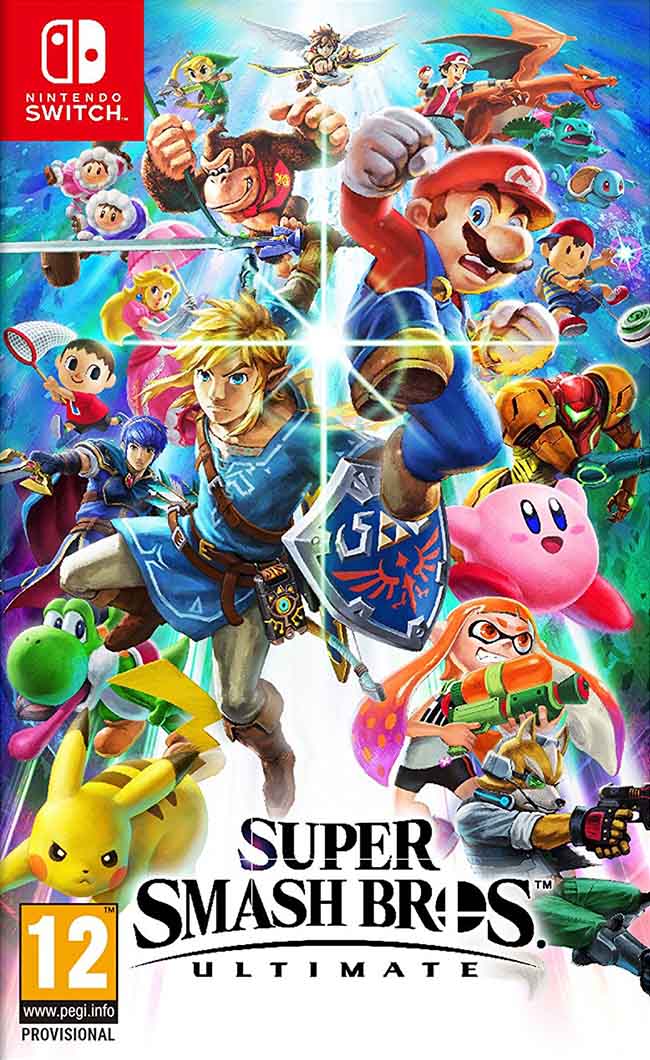