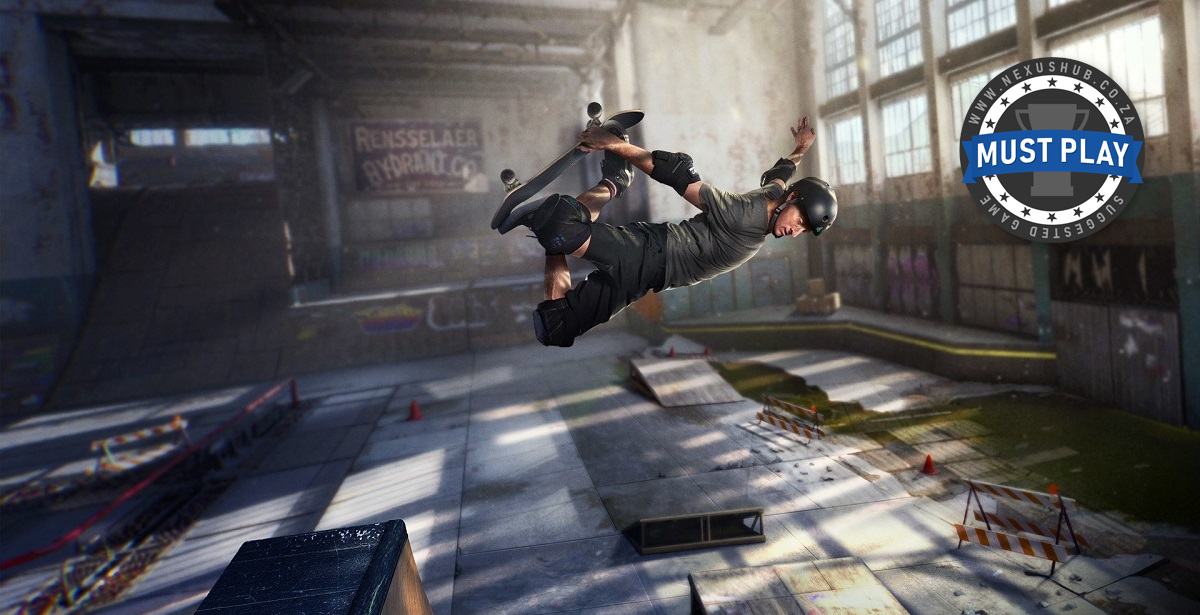 Tony Hawk has a long and important history in video games. Apart from being an all-star professional skateboarder, he had significantly impacted the gaming world in the 90s with the release of the iconic Tony Hawk's Pro Skater series. Skateboarding was still an untapped sport in the interactive medium, so it was a stroke of luck and talent that Hawk and Activision would create some of the most memorable skateboarding video games of all time. Over two decades later, and the development duties have shifted from Neversoft over to Vicarious Visions, who had the difficult task of recreating the magic, the flare, and the style of those pivotal 90s games. It's with great pleasure that we can confidently say they stuck the landing. 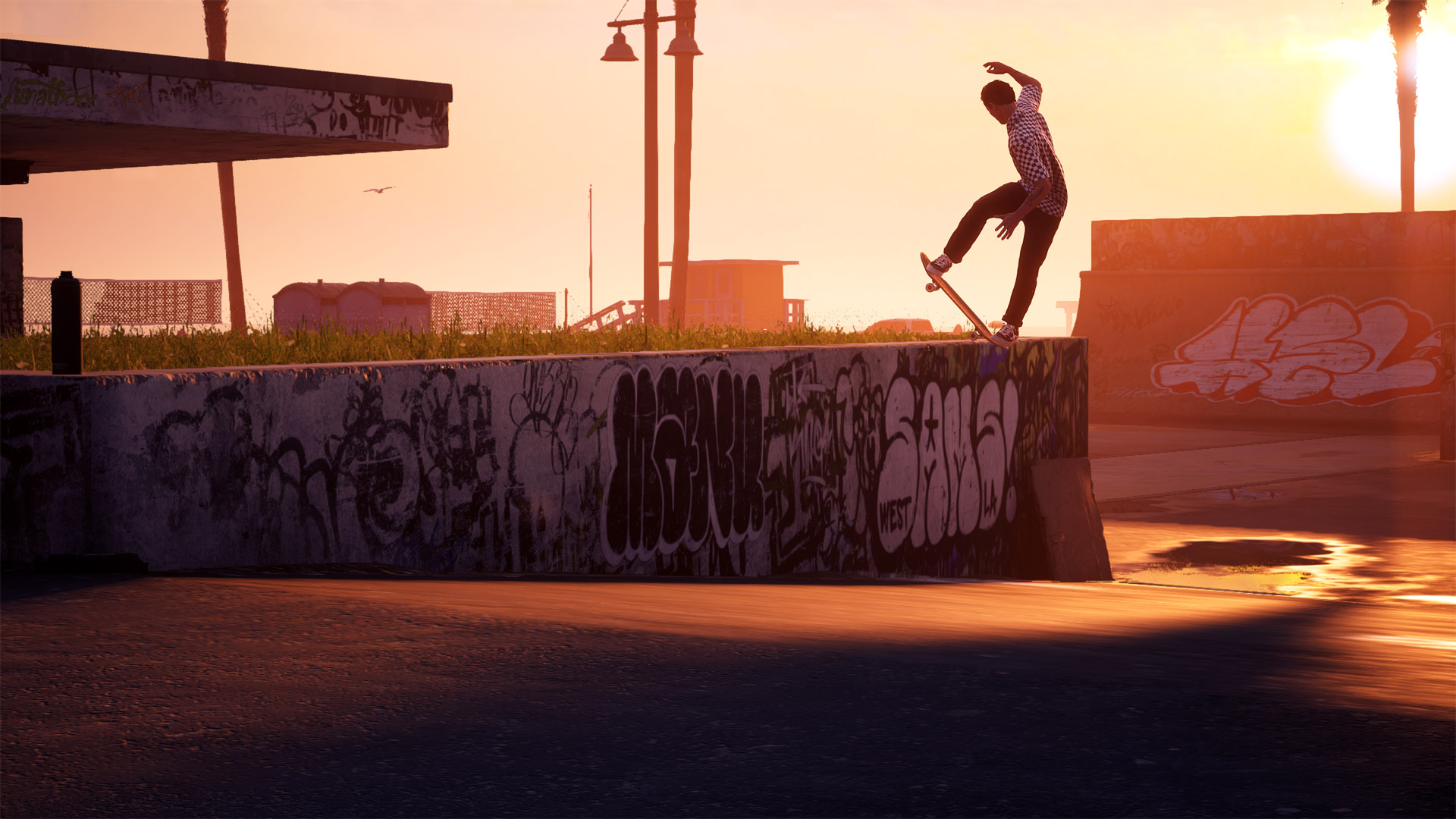 Tony Hawk's Pro Skater 1 + 2 remakes both the first and second games in the franchise (or "remasters", but those two words are blurring together these days). Vicarious Visions lovingly recreates the locations, the skaters, the combos, the gear, and a majority of the soundtrack to a tee, while giving the experience a much-needed bump in visual fidelity and style for modern consoles. Almost everything that you remember from the original titles is back, improved and enhanced, or given necessary tweaking/additions to make the package a well-rounded and gratefully non-premium purchase.

Almost everything that you remember from the original titles is back, improved and enhanced...

Initially, you won't have the option to choose between either game in the typical menu boot-up screen. Instead, Tony Hawk's Pro Skater 1 + 2 drops you straight into a a central hub menu, where you have to go to "Skate Tours" in order to access the games individually. What makes this such a welcomed feature is the fact that it seamlessly bundles all maps, gear, and most skaters across both games in one easily accessible menu, making switching between the various maps and modes across both games fairly simple - especially in multiplayer, where you'll be doing that a lot. It seems like an insignificant thing to praise, but it makes such a big difference when navigating the games. 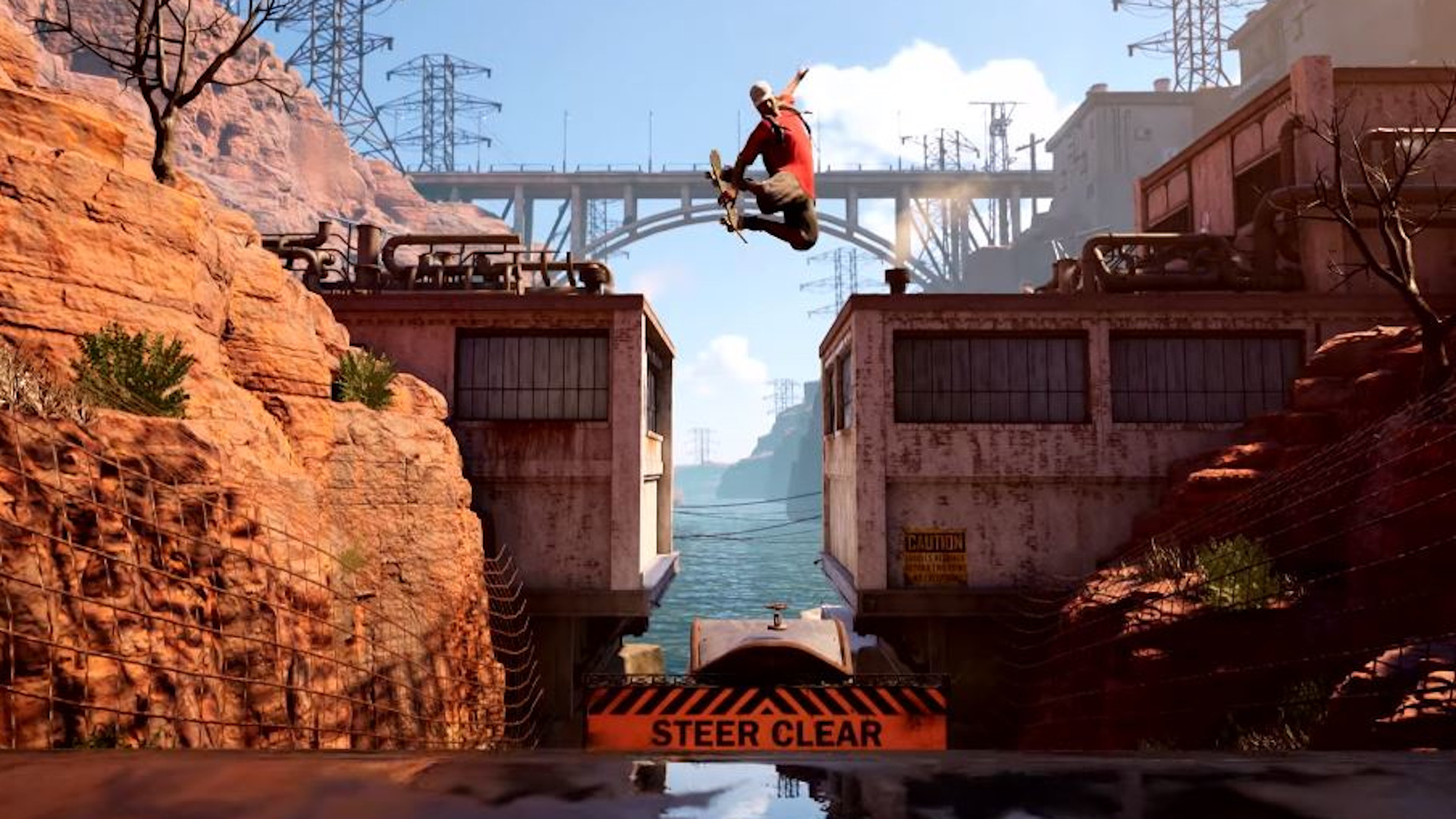 Much like the classic games that came before, the primary gameplay loop in both games is built on the famous two-minute length per round. In these two minutes, players must attempt to pull off a variety of challenges, tricks, and set high scores to earn points in order to progress by unlocking new maps, rinse and repeat. It worked in the original titles, and surprisingly, it works here now too. The urgency that the two-minute timer enforces on players is great, and keeps the pacing always fast and frantic. It's insanely addictive, and once you start, it's difficult to stop without saying "one more round". Trying to find that last collectible as the timer races to zero is an adrenaline rush that few games can pull off so well.

The urgency that the two-minute timer enforces on players is great, and keeps the pacing always fast and frantic.

Each map across both Tony Hawk's Pro Skater games is given the bump in quality and, in some cases, density too. Maps like the famous heart-racing Downhill Jam, the tight graffiti-filled pavements of Venice beach, or the Warehouse feel familiar, but also refreshing to play in again due to the amount of work that had been put into making each environment feel almost entirely new with the graphical upgrades. The same can be said about all two-dozen or so maps, though one or two vary in quality (for example, the weirdly "cleaned up" Hangar map). Objectives and challenges largely remain in tact, but the smaller quality-of-life changes and tweaks - like important icons and collectibles now glowing a striking neon blue to make them easier to locate - just makes the experience so much more fulfilling as new skateboarding games above being just remakes of existing classics. It makes all the difference in the world, actually. 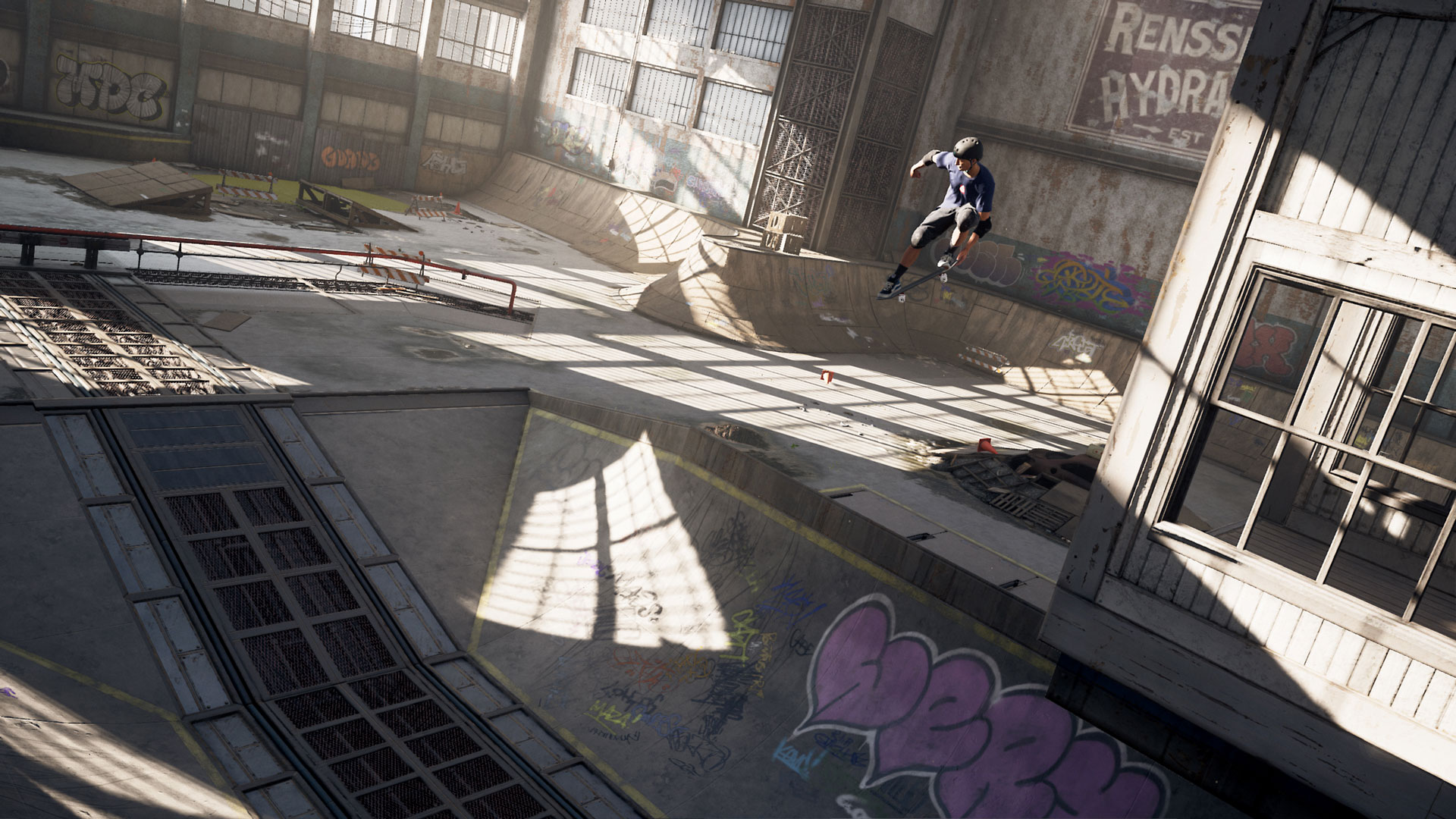 A lot of praise can be thrown at Tony Hawk's Pro Skater 1 + 2 when it comes to the overall quality of life improvements, lovingly recreated maps, and often gorgeous visuals, but none of that would matter if it didn't have great gameplay. Thankfully, this is easily the best that a Tony Hawk game has felt to play since the Underground series. Vicarious Visions not only managed to capture the tight, combo-driven gameplay of the originals, but managed to inject new mechanics into the mix to create more combo opportunities and tricks that simply weren't possible before. Grinding to find that right balance for major combo multipliers, flipping across large gaps and obstacles, and wall-riding hard-to-reach areas across school rooftops just feels superb and, dare I say, more satisfying than its predecessors. 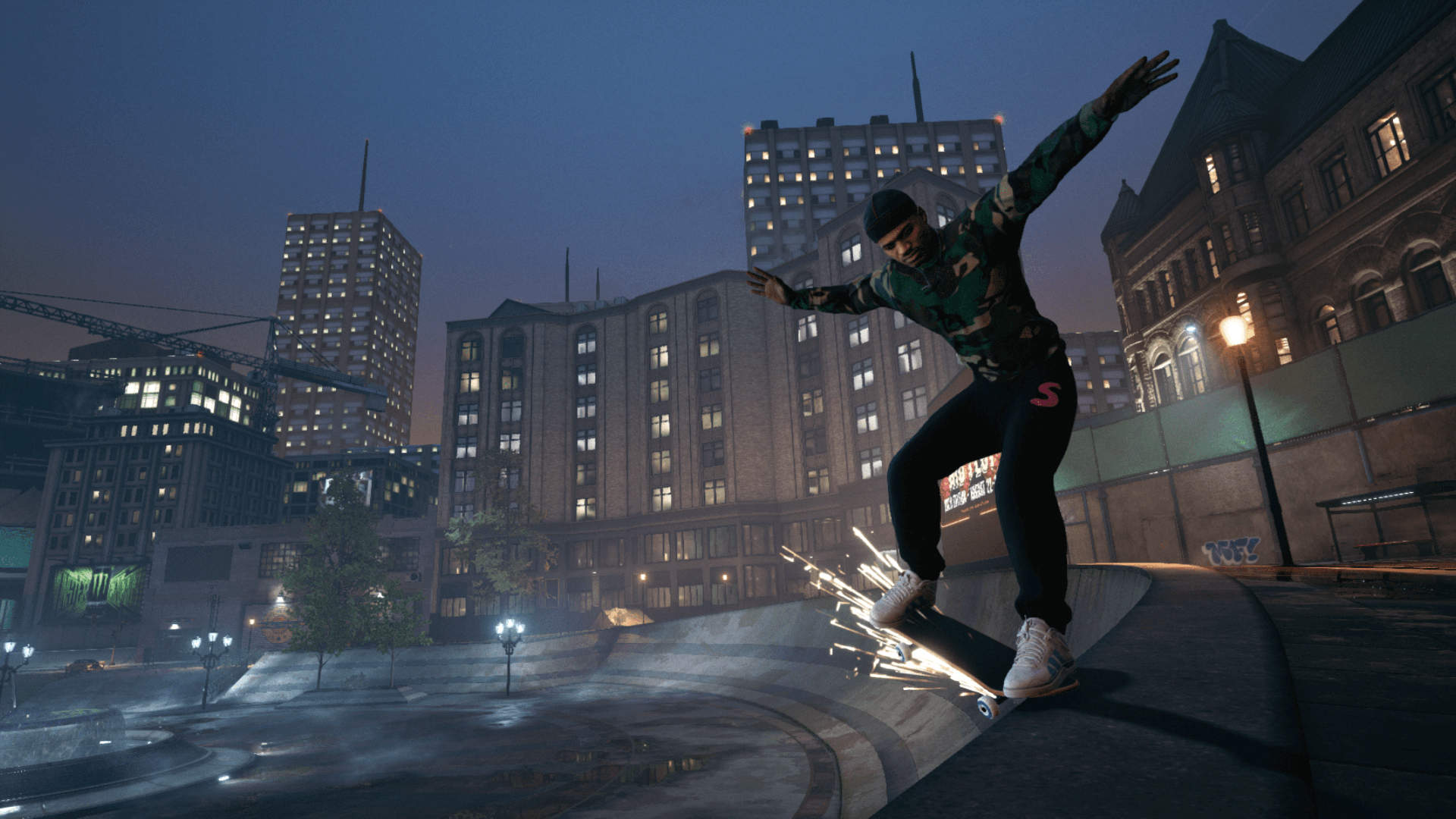 Vicarious Visions accomplishes this intricate yet pretty accessible gameplay by simplifying or ironing out the controls. Yes, it's still quite challenging to memorize and pull off insane combos for big points, but what surprised us the most was just how easy it was to pick up a controller, and literally within an hour of playing the game, execute some of the most demanding tricks - with patience and perseverance. It's a simplification of the gameplay by way of removing repetition, unnecessary controls, and last-gen restrictions, yet it never streamlines it to the point of alienating die-hard fans. Instead, it strikes a pitch-perfect balance of being welcoming to newcomers while pleasing veterans, and that must be commended.

Progression works to the benefit of both the newcomer and the veteran too. Pulling off mega-combos and great tricks affords players more points, and with more points comes more in-game currency (apart from Stat Points that can be used to upgrade each skater's abilities and skills). Players can then use this currency to purchase a variety of new boards, clothing items, and accessories from the game's store. Thankfully, there's no sight of any microtransactions, and there really doesn't need to be. It's a perfectly fair progression system that would only be hampered by offering real-world purchases. 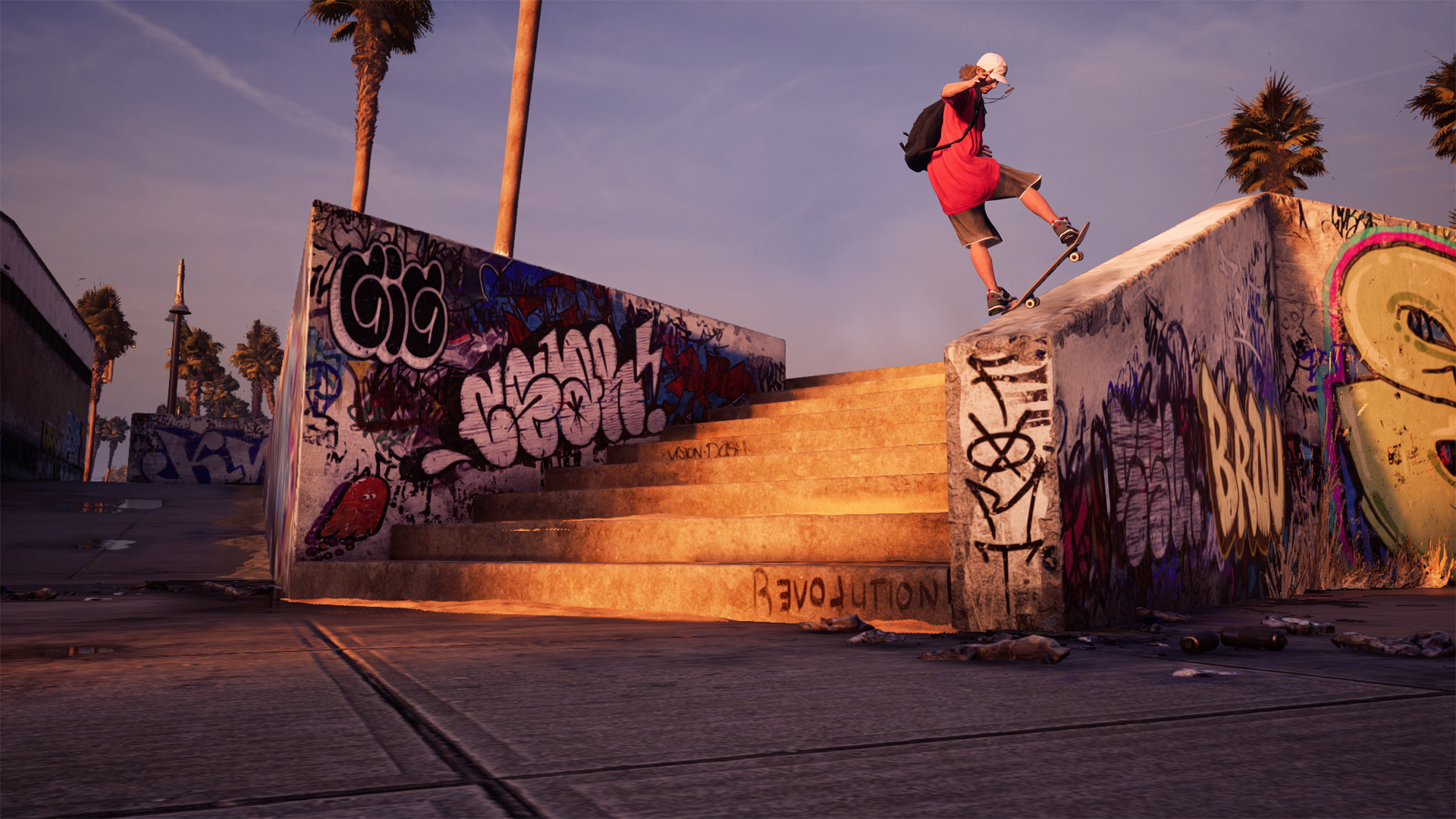 Tony Hawk's Pro Skater 1 + 2 only occasionally stumbles in certain areas, though they're nothing major or particularly game-breaking. The camera can feel a bit clumsy to use, especially when trying to adjust it to look in a certain direction as your skater is hitting a half-pipe at great speeds. It's especially cumbersome when attempting to angle it to higher ledges and rooftops, as it constantly fights against you. This only becomes evident when you actually need to use the free camera, though, which isn't much. The other negative is Create-A-Skater, one of the more underwhelming aspects of the remakes. It simply lacks the zaniness and outlandish creations possible in older games, instead going for a traditional preset-picker and cleaner accessories. It's fun to create your own skater, but it lacks the novelty and inventiveness of past games.

Tony Hawk's Pro Skater 1 + 2 might actually have the best [soundtrack] in the entire skateboarding series.

To close things off on a high note, though, the Tony Hawk's games have always been known for having great soundtracks, and Tony Hawk's Pro Skater 1 + 2 might actually have the best one in the entire skateboarding series. It not only delivers plenty of tracks from the originals that we so fondly remember (it feels so good to Rage Against the Machine again), but adds a sizable amount of new songs, ranging from infectious punk rock and electro to head-bouncing hip-hop and metal. All of it gels together well and I can't think of a single track that I disliked listening to while playing.

Tony Hawk's Pro Skater 1 + 2 is easily one of the best remakes in gaming, and does the legacy of the series and Tony Hawk's name proud after a few stumbles. The graphics are great and the stellar visual upgrades to classic locations makes it feel so much more than just a skateboarder's playground now. Vicarious Visions also went the extra step by making this the most accessible Tony Hawk game in years, with an incredible variety of combos and tricks to pull off with remarkable ease, yet offering ample opportunities for more intricate playstyles. The king of skateboarding video games is back, and it couldn't have come at a better time. 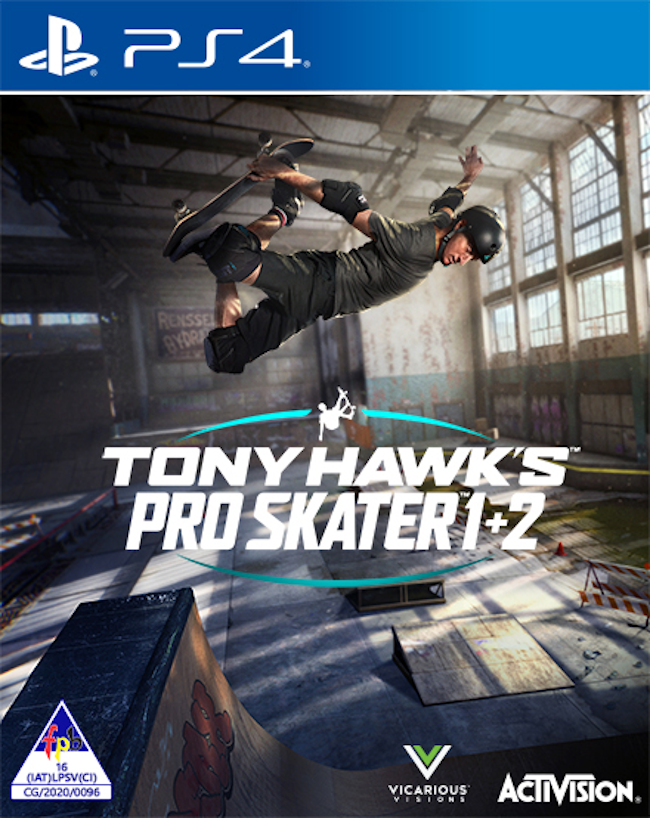