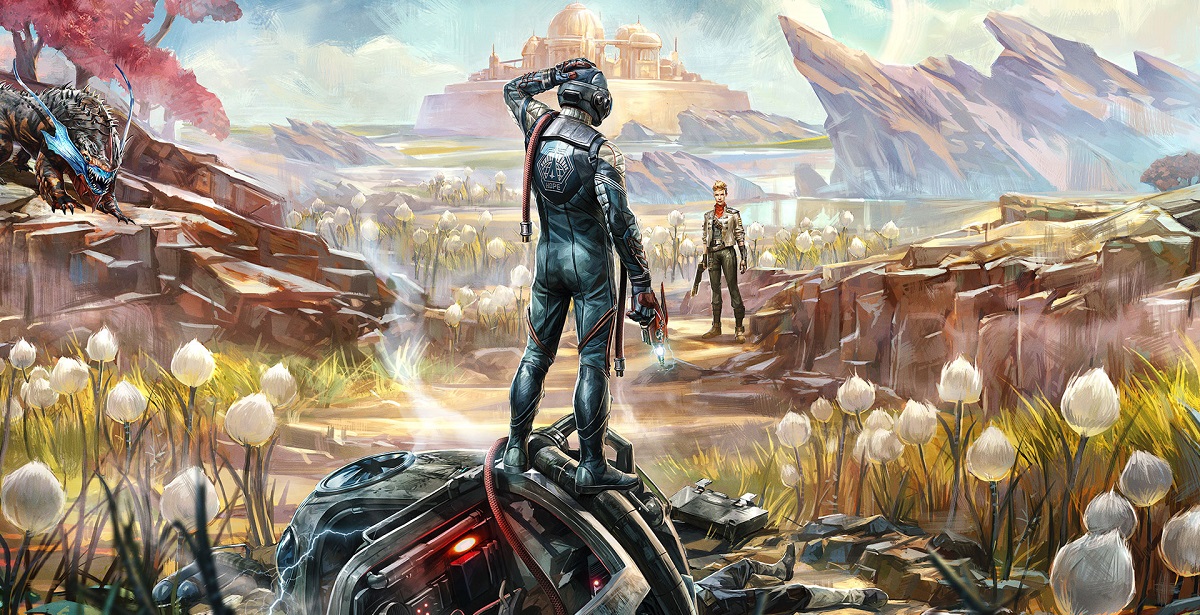 The Outer Worlds is a title set in a capitalist dystopia, across numerous planets and environments, in an effort to thaw the rest of your colonist colleagues out, just as you were lucky enough to be. Developed by Obsidian Entertainment, we expected a satirical take on capitalism, with incredible dialogue that allows you to be a clean-cut hero, a straight-up d*&^, or a merciless mercenary. This is exactly what we got, and in abundance. 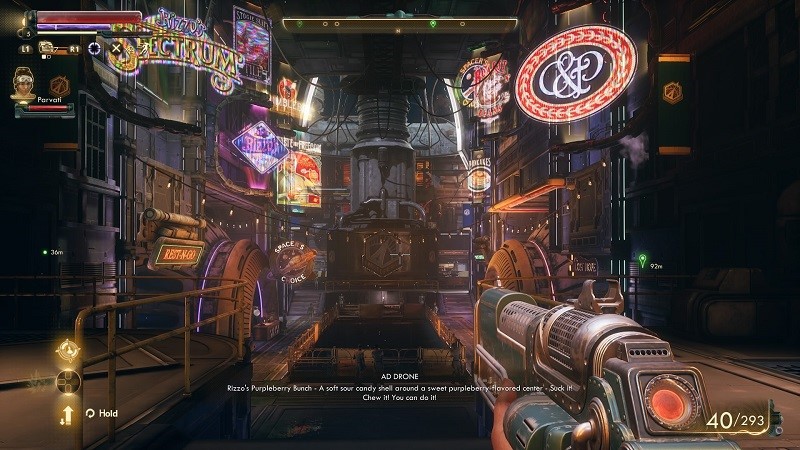 Lily, a morally acceptable ship captain - or at least, she likes to think she is - was chosen amongst all the others, by wanted scientist Phineas Wells, as he tries to bring the entire Hope colony out of cryostasis. With sarcasm and a rifle in hand, Lily sets off to right the wrong set by the Board in this epic, and quirky, space escapade.

...while not as heavy or deep in its premise as similar to titles such as Mass Effect, but it still delivers a satirical take on what would happen if corporations were to be in charge of space exploration...

The Outer Worlds delivers an incredible space-bound RPG, and while not as heavy or deep in its premise as similar to titles such as Mass Effect, but it still delivers a satirical take on what would happen if corporations were to be in charge of space exploration, as demonstrated through the various NPCs you come across. The Outer Worlds manages to expertly mix political ideas and viewpoints, as well as the idea of corporate “slavery”, with light-hearted concepts, using Obsidian's greatest strength: satire. The dark sense of humour keeps the title from feeling like a direct political statement, though, and while most of the characters are too scared to go against their corporate overlords for fear of exile and death - as defying companies such as Spacer’s Choice will lead to this - the humour makes sure your travels are hilarious throughout. The most memorable example of this was a Spacer’s Choice employee I met aboard another ship, who wore a giant Moon Man helmet all the time. When asked about the helmet, and his persistence in keeping it on, the man simply replied each time with a slogan from the company, aimed at enticing you to buy something, usually pertaining to the question asked.

The writing for The Outer Worlds is what sets it apart, and elevates it beyond what most RPGs accomplish.

The writing for The Outer Worlds is what sets it apart, and elevates it beyond what most RPGs accomplish. Characters and NPCs are so well-written that they feel like actual people in the world, existing outside of you, and when a companion is either upset or approve your actions, you feel sad or elated. The best part is that they are flawed and never shy away from this, grounding them in reality even more. Unfortunately, you cannot romance your companions, but that might also be a good thing, preventing us from spending 10 hours just making sure Ellie or Parvati loves us, and dealing with drama when they both love us. 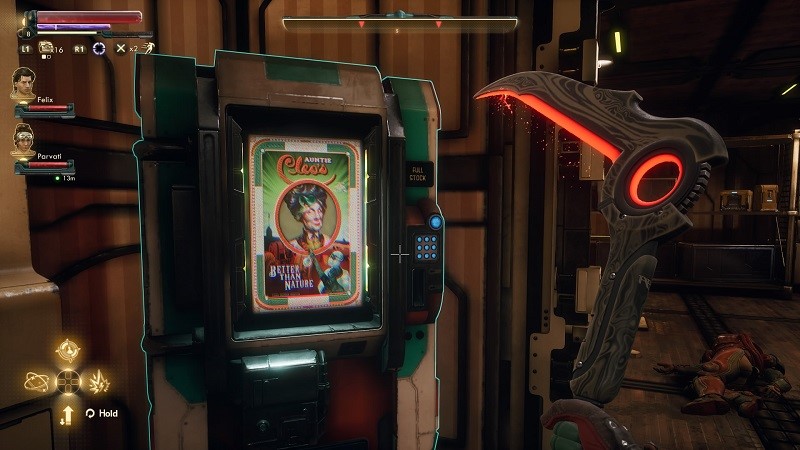 The Outer Worlds doesn’t offer a vast sandbox experience but what it lacks in “freedom” it more than makes up for in focus and detail. Each zone and environment is wonderful to explore, if even just to take in all the scenery, with diverse wildlife to fight off and buildings to scavenge for loot. Obsidian’s use of colour throughout each setting is a stark reminder that you are on alien planets, and fits early sci-fi space aesthetic, reminiscent of classic sci-fi comics and cartoons. The Outer Worlds brings the vivid imagery of Fallout/i] combined with [i]BioShock, and it's a combination that every action RPG fan has been asking for. The artwork further enhances the retro-futuristic aesthetic, with anatomical drawings in the loading screens, as well as adverts for corporations that would fit naturally during the 1800’s. Each area was perfectly balanced between size and scope, offering a vast zone to explore, but not so big that you forget what you were there for.

If you are really dedicated to the pacifist lifestyle, you can even sink all of your points into dialogue, hacking, medical, and science, making your mind your most powerful weapon.

While running around being the most vicious space soldier you have ever seen is fun - especially with the science weapons - you can employ stealth to sneak around and avoid open-combat. If you are dedicated to the pacifist lifestyle, you can even sink all of your points into dialogue, hacking, medical, and science, making your mind your most powerful weapon. However, this is more than just a simple playstyle, as areas such as medical, science, and engineering can even affect dialogue options, making several NPCs you encounter open up to you more. In one case, we were able to use an Engineering dialogue option with an NPC, giving us a completely different quest objective. Throughout our time in The Outer Worlds, we were able to mess with countless corporate cronies simply through dialogue, and it was glorious. 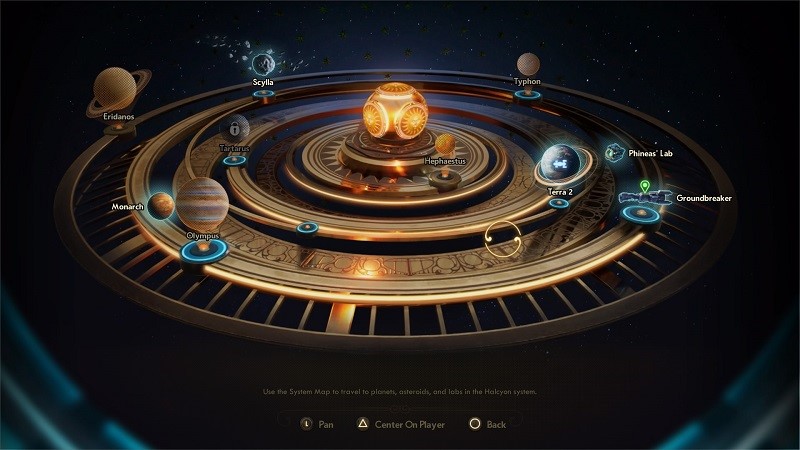 In classic action-RPG fashion, weapons can be modded and customised to make them your own, increasing damage type, adding scopes, as well as ammo adjustments. There is a large pool of weapons to choose from, both melee and ranged, and the ability to go from a ranged sniper, to close quarter runner, and a melee finisher in a single showdown was incredibly fun. Combat is fairly simple, and while it doesn’t offer too much of a challenge, you do still need to think about what you are doing in a firefight.

The Outer Worlds offers some traditional RPG tropes, such as being able to loot enemies despite being dismembered - imagine picking a grenade launcher, currency, and ammo off a single left arm. The combination of traditional weapons, space shooters, and your companion finishers, makes for entertaining encounters at all times. 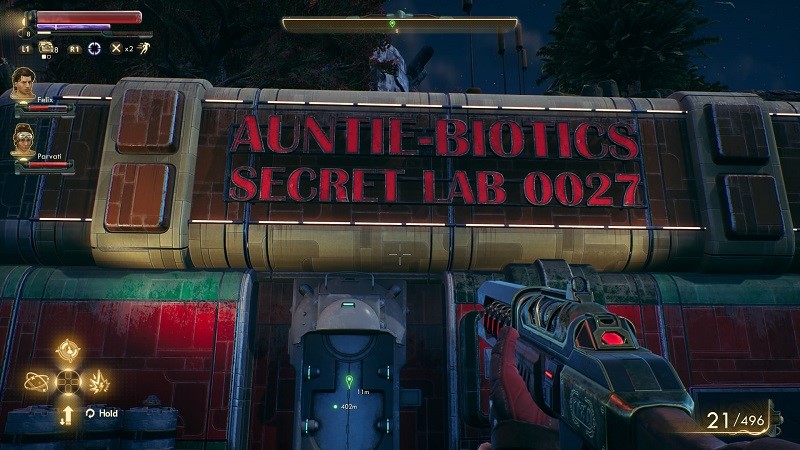 Speaking of companions, you have a band of merry mates to assist you, as well as simply keep you company on your travels. They will often chime in on a conversation you are having with characters, making them feel a little more alive and real. NPCs overall have incredible voice acting behind them, and while some can seem a little more generic while roaming, in an actual conversation, they are alive with personality and individual nuances.

The Outer Worlds, above all, is able to balance each component of what makes a good RPG, with a fleshed-out world that isn’t bloated, memorable NPCs, as well as brilliant buffoonery. Most of all though, the dark sense of humour and dialogue is what makes this satirical capitalist introspection great, and proves that a small team with a passion for their craft can outclass a big budget and flashy set pieces.
9.5

Some quests can be fetch-questy

Magius
About done with the first world and I am loving it. Gunplay is a bit ropey at time, but the story and the characters are amazing. Also since when do we get an Obsidian game that is not buggy and glitchy?! I hope that Obsidian take the bull by the horns and fill the void left by the effective collapse of Bioware and Bethesda 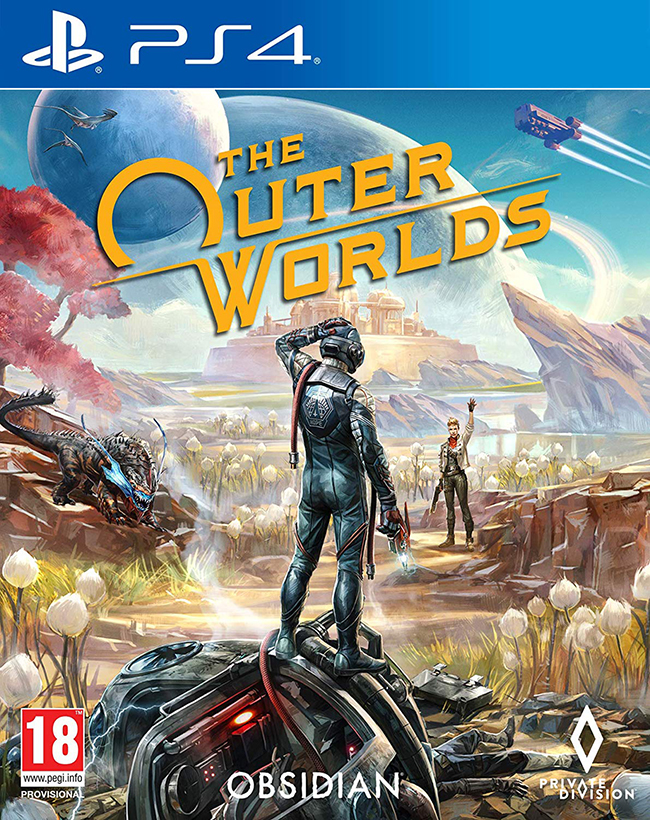