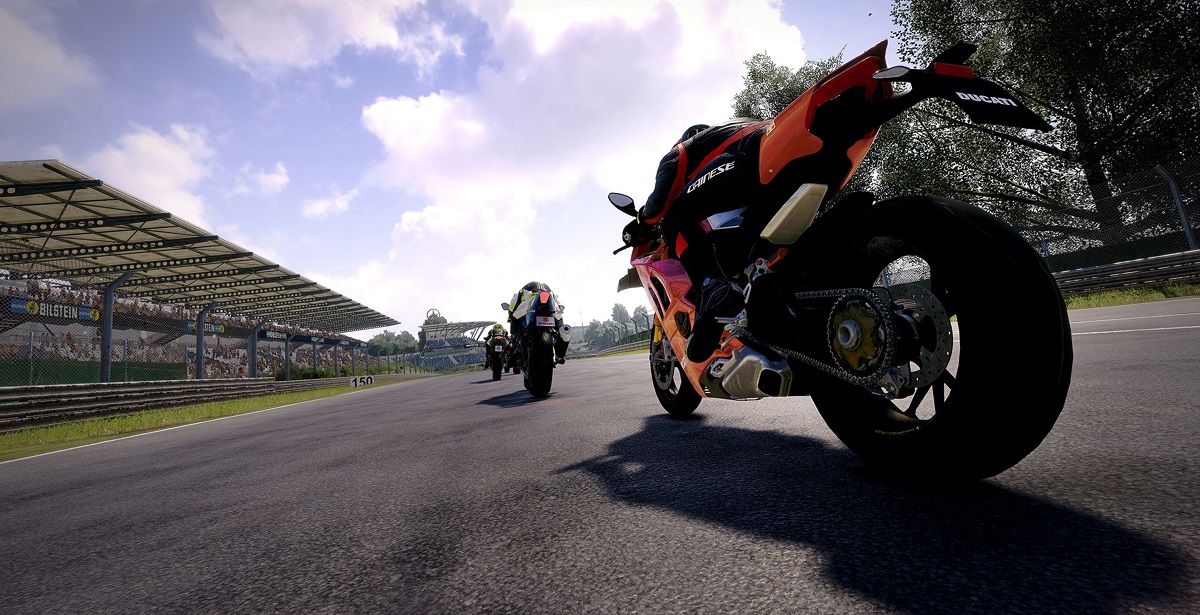 With developer Milestone seemingly holding a monopoly on the motorcycle racing gaming genre with its titan series MotoGP and casual-based Ride 4, it was only a matter of time before competition came knocking at the door. Developed by RaceWard Studio, RiMS Racing appeals to extreme gear heads who want to be involved with almost every aspect of the team’s operations. With that in mind, RiMS Racing is possibly the deepest single-player racing simulation ever created across all genres of racing.

The team at RaceWard Studio approached RiMS Racing in a completely different manner to the formula we are used to with motorcycle games. The game features only eight licensed superbikes such as BMW M1000RR, Suzuki GSXR-1000, Honda CB1000 RR, Yamaha YZF R1, Kawasaki Ninja ZX10 RR, Aprilia RSV4, MV Agusta F4 RC, and the Ducati Panigale V4R. I know that it doesn’t sound like much, but it only appears that way in face value.

RiMS Racing is heavily dependent on its Career Mode to really flesh out the experience as well as truly understand the level of depth that each bike holds. Players will be responsible for testing, upgrading, and modifying the bike of choice. Rather than bombarding you with a variety of motorcycles, RiMS Racing prioritizes making the bike your own. Your first bike is free, with the rest having to be unlocked throughout the Career Mode. That being said, all your spending goes into parts for your bike. 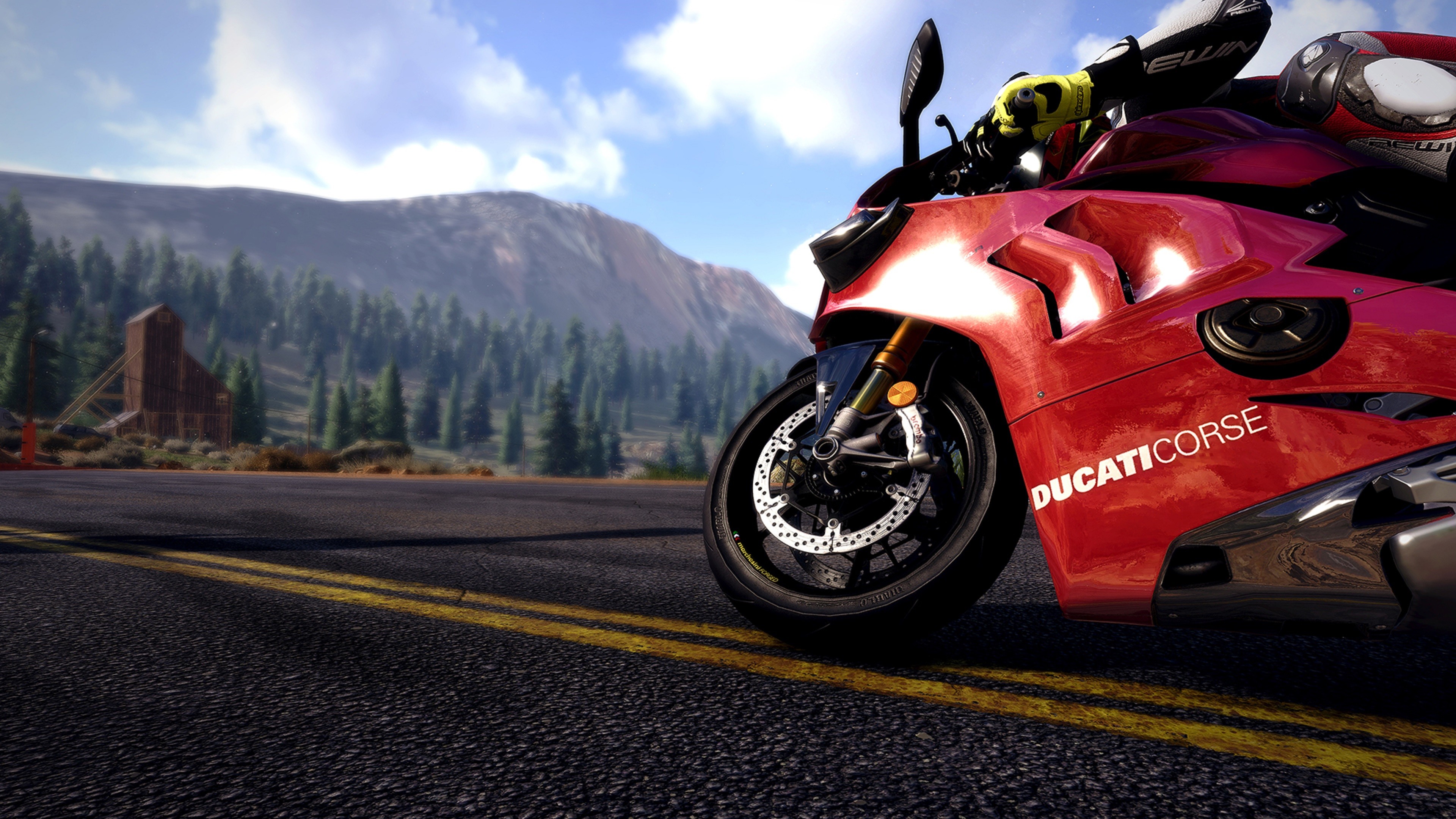 Not only are you expected to be an impeccable racer on the track, but you’re also required to be a mechanic and an engineer all-in-one. The focus will be on testing setups, upgrading and maintaining the bike after each race. Each of the eight motorcycles on offer has been impeccably recreated to represent the differences and nuance of each model. Everything - and I mean everything - on the bike is upgradable, ranging from the basics such as tyres, brakes, and exhausts, to the more attentive details such as the chain, sprockets, and even the brake fluid. You have to keep a close eye on these parts because they’re essential to maintaining peak performance, and gives you a rather quick glance at the difficulties of managing a racing team.

Depending on your riding style (and how often you crash), parts will wear quickly. This means players are expected not only to perform on the track, but to subconsciously think about the abuse they’re putting on their bikes. With over 500 officially licenses bike parts in the game, this can be a handful at times and overwhelming for those who are new to the motorcycle racing scene. 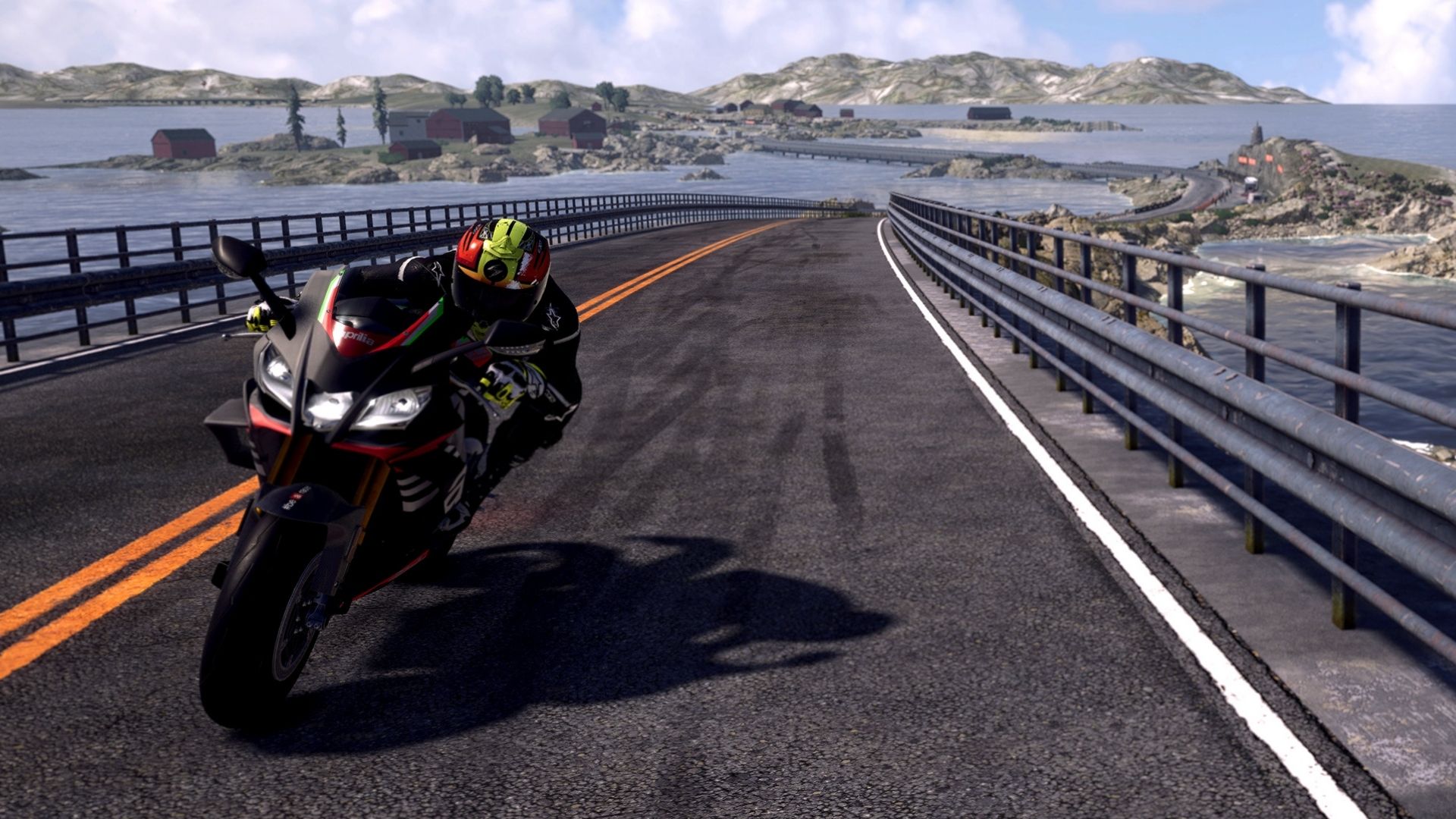 That excruciating level of thought and detail didn’t just find itself in the customization, but also the impeccable handling of the bikes in RiMS Racing. Your limits of grip and maintaining speed constantly changes based on the individual parts on the bike, as well as its wear and tear. Depending on the manufacturer’s parts you opt for, this can significantly impact how each race in the game is handled. You can full send it and push the bike to its absolute limits through the race, forcing you to nurse it towards the end. Or you can ride conservatively, staying with the pack, and reduce the wear on your parts.

Your limits of grip and maintaining speed constantly changes based on the individual parts on the bike, as well as its wear and tear.

These decisions are significantly impacted by the condition of the track. Racing in extreme wet weather or just a slightly wet track has to be taken into account while setting up your bike. Each and every choice you make actively impacts your chances at winning a race. This not only puts your skills as a rider to the test, but also just how well you can micromanage everything under unforeseen circumstances. Winning a race under these conditions depends on how well you can manage your tyres (and other parts), which can be easily monitored thanks to the game’s Motorbike Status Check. This allows players to look at the wear on their bike parts at any point of the race, so long as you’re not in the middle of a crash. 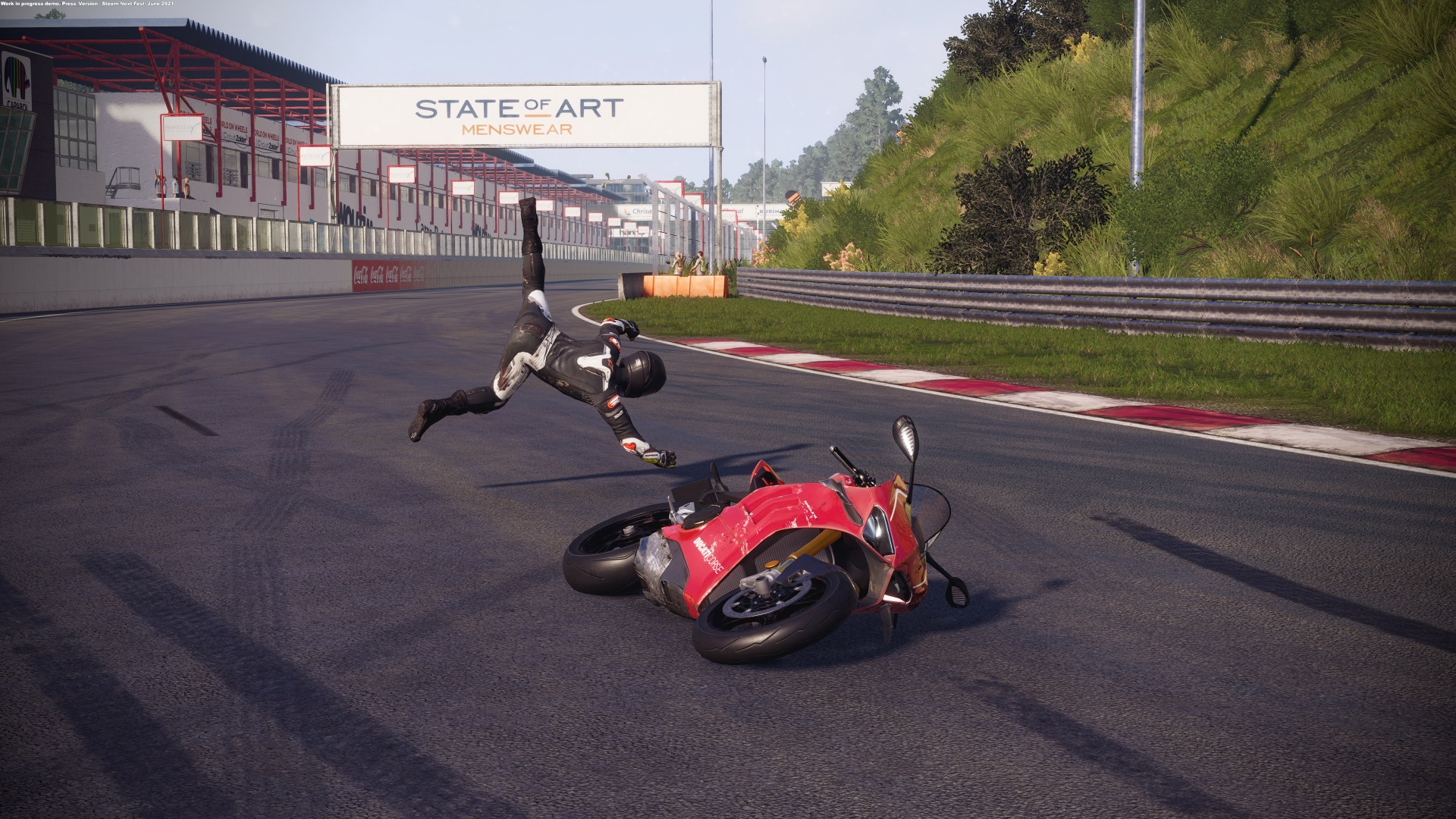 Speaking of crashes, that will be happening a lot throughout the game. The Career Mode offers an unnecessary amount of wet racing conditions and the AI doesn't make this any easier. Typically, the leaders will start pulling away as the pack gets separated into smaller groups. If you starting from the back, you will have to dodge and weave through a bunch of riders who are either bumping into each other or you.

Considering there are no set classes, I found myself going into races with an overpowered M1000RR, and the AI simply just couldn’t keep up under the braking and accelerating. This often led to me being rear-ended by a handful of riders, or being sideswiped while attempting to overtake someone. That being said, there have been times where the AI specifically moved out of the way to avoid crashing into me. It can just be very hit or miss at times. 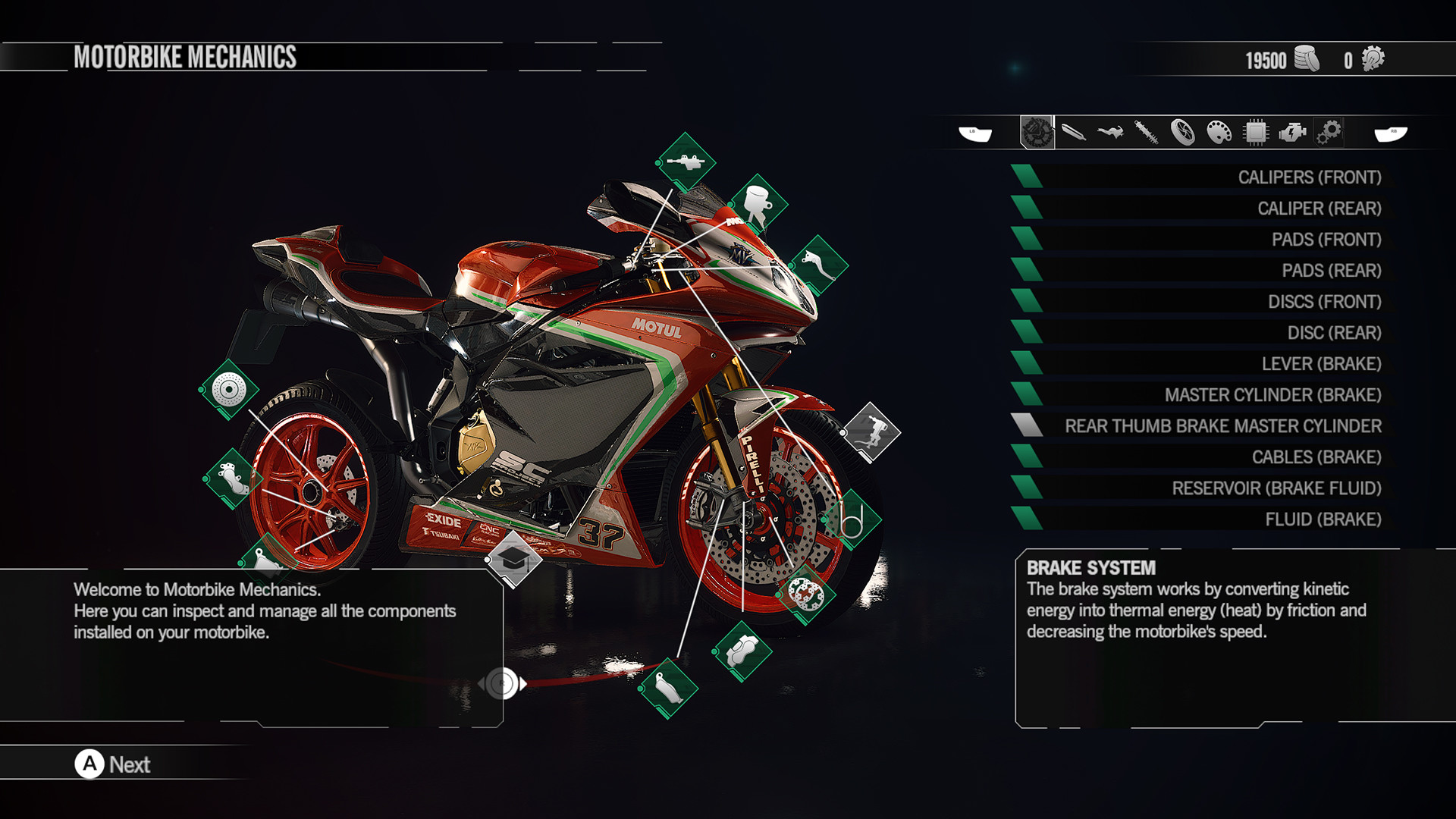 I tested RiMS Racing on the PlayStation 5, and I have to say that this is undisputedly the best platform to experience this game on. Not only were there very few bugs and frame dips, but this has to be one of the best implementations of the DualSense’s Adaptive Triggers in a racing game to date. Braking with the left trigger will apply a proportionate amount of resistance upfront, which trails off in the end. Accelerating is rather fluid, but the biggest aspect comes to the feedback you get from the rear wheels. If you’re being too aggressive, the rear wheel naturally breaks loose and you can feel the wheel slip on the controller, giving you a chance to ride it out.

...this has to be one of the best implementations of the DualSense’s Adaptive Triggers in a racing game to date.

Properly feeding the right trigger could save you from crashing or losing the bike from right underneath you. Based on that alone, it is a complete game-changer for those looking to get an extra level of interaction in a sim-racer. Other delightful touches come through the use of the controller’s speaker. The bike will occasionally backfire while shifting and you will hear the pops and bangs coming from the speaker, while the controller provides the appropriate haptics. It really does heighten the experience of RiMS Racing, and gives a rather addictive level of immersion for motorcycle enthusiasts. 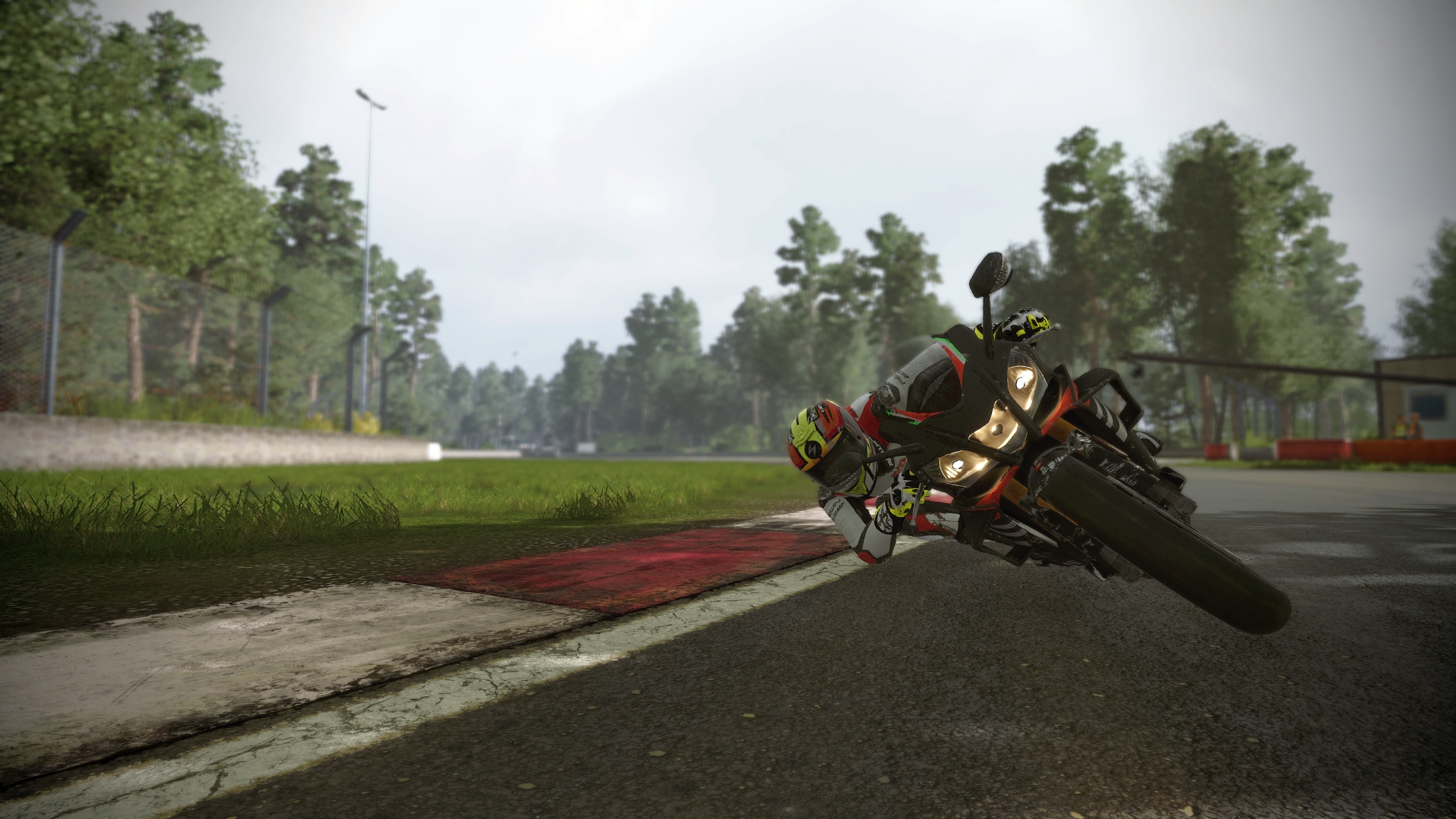 Given that there are only eight bikes in the game, I have to commend RaceWard Studio for the audio captured from the bikes. You won’t notice it at first, but the nature of how the bikes sound will change with different exhaust setups, and the studio has done well to replicate how the motorcycles sound in real life. You will need a headset to truly get the best experience out of the sound, but each bike roars to life as you make your way through the various tracks on offer.

That being said, the visuals do not live up to the bar raised by the game’s audio. Reflections seem to be the main focus here, and do a good job in regards to reflections from bikes, player models, and the race tracks. But the lighting in the game, at least on PlayStation 5, felt rather soft. Everything has a dull hue to it and the colours don’t seem to pop. This wasn’t helped by the fact that every other race was either inflicted with rain or the track being wet. There were moments of screen tearing and pop-ups as the bikes picked up speed, but this is something that can hopefully be patched out. 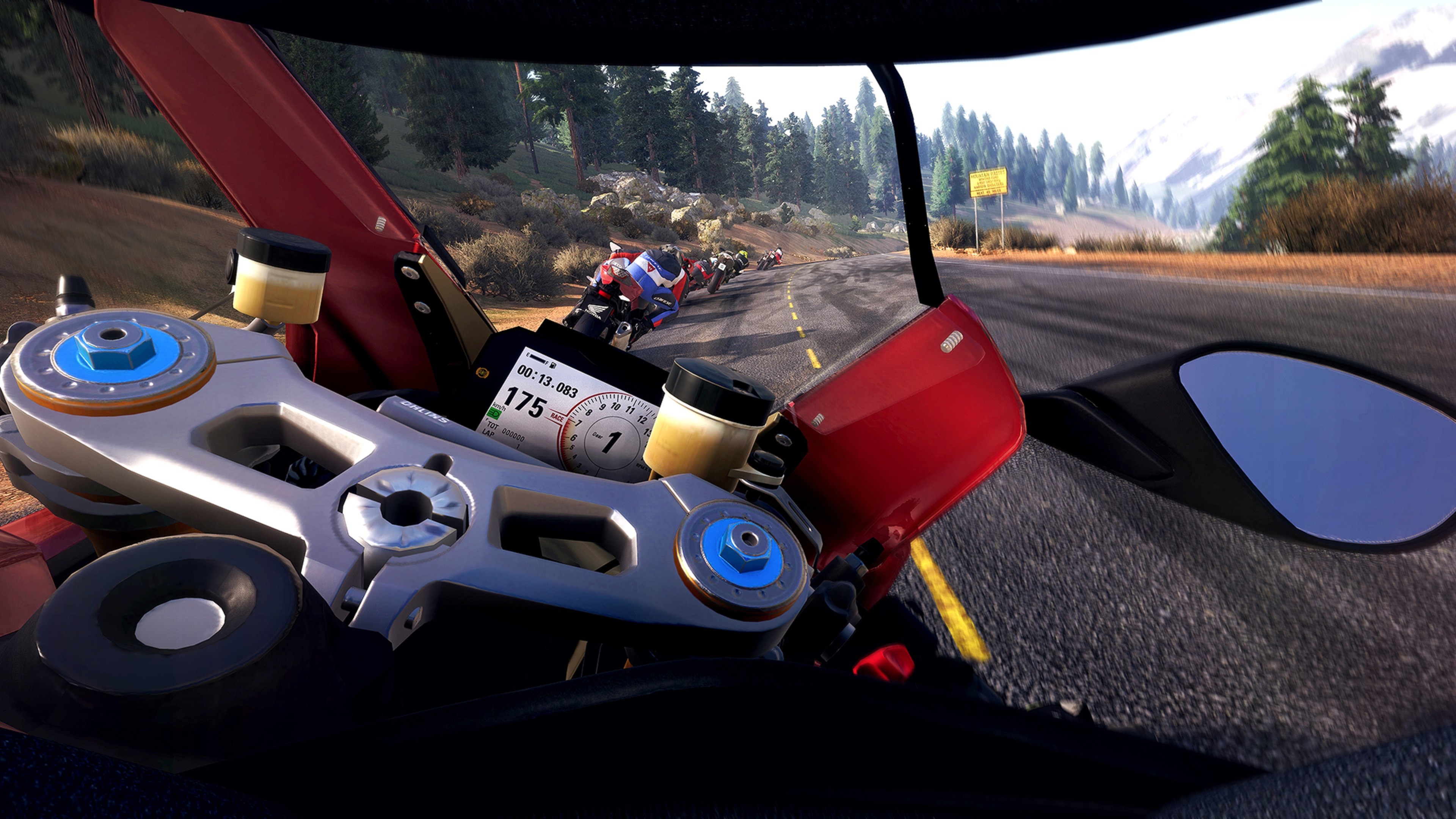 Minus the intrusive weather conditions, the Career Mode was a delight. There is seventy weeks worth of content to progress through. Some are basic tutorials, while other events let you ride other bikes as a means to potentially unlocking it. There are also championship races littered throughout the Career Mode, which sprawl across ten faithfully re-created real-world circuits such as Silverstone, Suzuka, Leguna Seca, and more. To spice things up, RiMS Racing also have five road routes which leave very little room for error thanks to the narrow roadways.

There are also championship races littered throughout the Career Mode, which sprawl across ten faithfully re-created real-world circuits...

Fiddling with your bike will get tedious for many, but the niche audience that this game is targeted for will gladly spend hours configuring their bikes. There are ways to upgrade your team, so you spend less time inputting the quick actions to work on your bike, and more time being able to enjoy the fantastic racing experience that RaceWard Studio showcase here. RiMS Racing may not be able to compete with the likes of MotoGP and Ride 4’s overall experience, but it makes a good case for itself sitting somewhere in the middle of these two motorcycle games.

RiMS Racing has earned its place as one of the most immersive motorcycle racing games to date, with the PlayStation 5 taking this a step further thanks to the DualSense controller. While there aren’t many bikes to choose from, the unmatched level of customization and fleshed out Career Mode will give you plenty of enjoyable hours to test and upgrade your bike. The multiplayer holds very little weight to the RiMS Racing experience, but the Career Mode does a good job of creating an enjoyable single-player game. While there might still be a few kinks that need to be ironed out, RaceWard Studio’s ambitious attempt at a motorcycle game comes highly appreciated.

Not friendly to newcomers

AI can be hit or miss

Micromanaging can be overwhelming to some