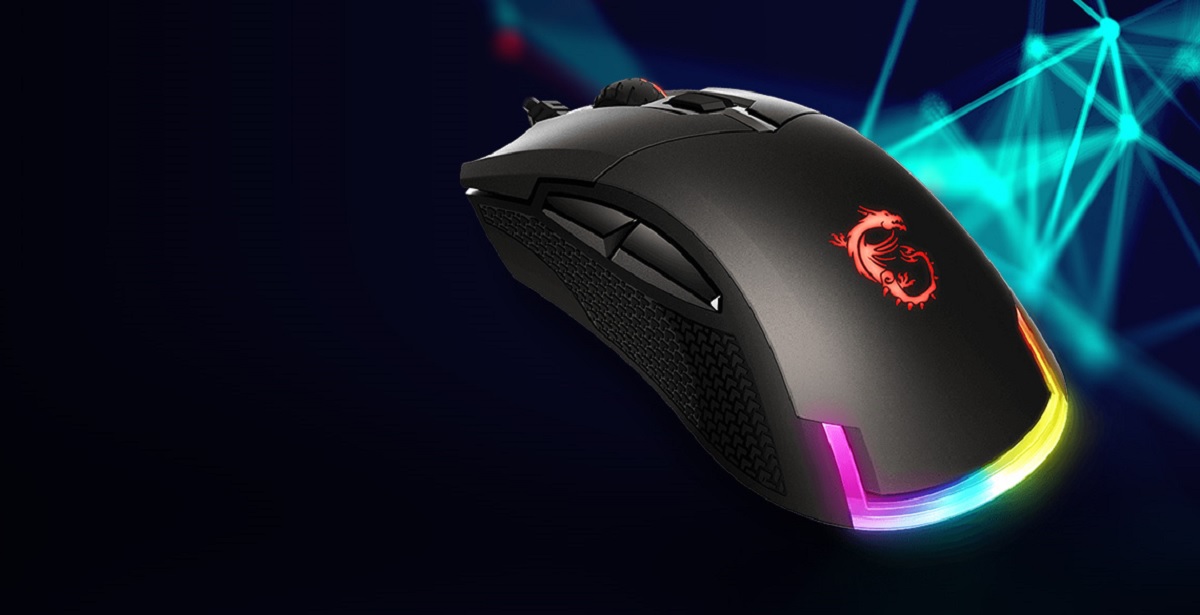 MSI recently sent us a GM50 Clutch gaming mouse along with the Agility GD70 mousepad to try out. Both the mouse and the mousepad come across as some great buys on paper given the technical specs but are they actually good products? Does the mouse deliver solid gaming performance in the real world and is the mousepad worthy of your precious desk space? 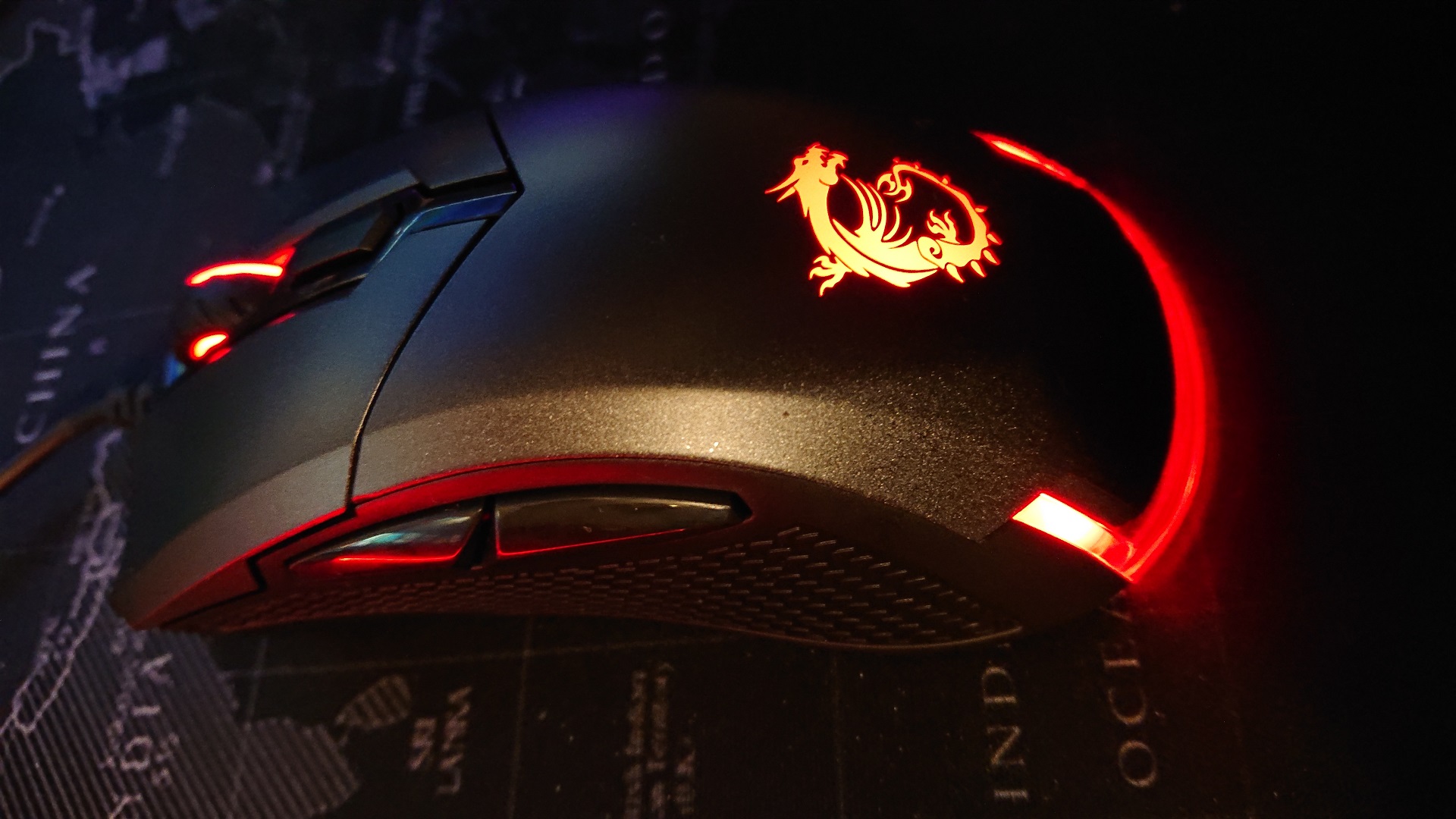 Before I dive right into that, here are the technical specs of the MSI GM 50 Clutch mouse.

And next up, the Agility GD70 Mousepad:

Starting out with the MSI GM 50 Clutch mouse, MSI has clearly tried to impart a sense of flashy design to it. There’s a U-shaped RGB LED light ring at the bottom of the mouse that immediately lights up when the mouse is plugged in. The sides of the mouse have “Dragon Scale Anti-Slip Texture” strips which feel great when holding the mouse in your hand. There’s an LED in the mouse wheel and the MSI dragon logo on the mouse itself lights up too. The overall aesthetic of the mouse doesn’t exactly scream “Premium” but it does feel great in your hand. 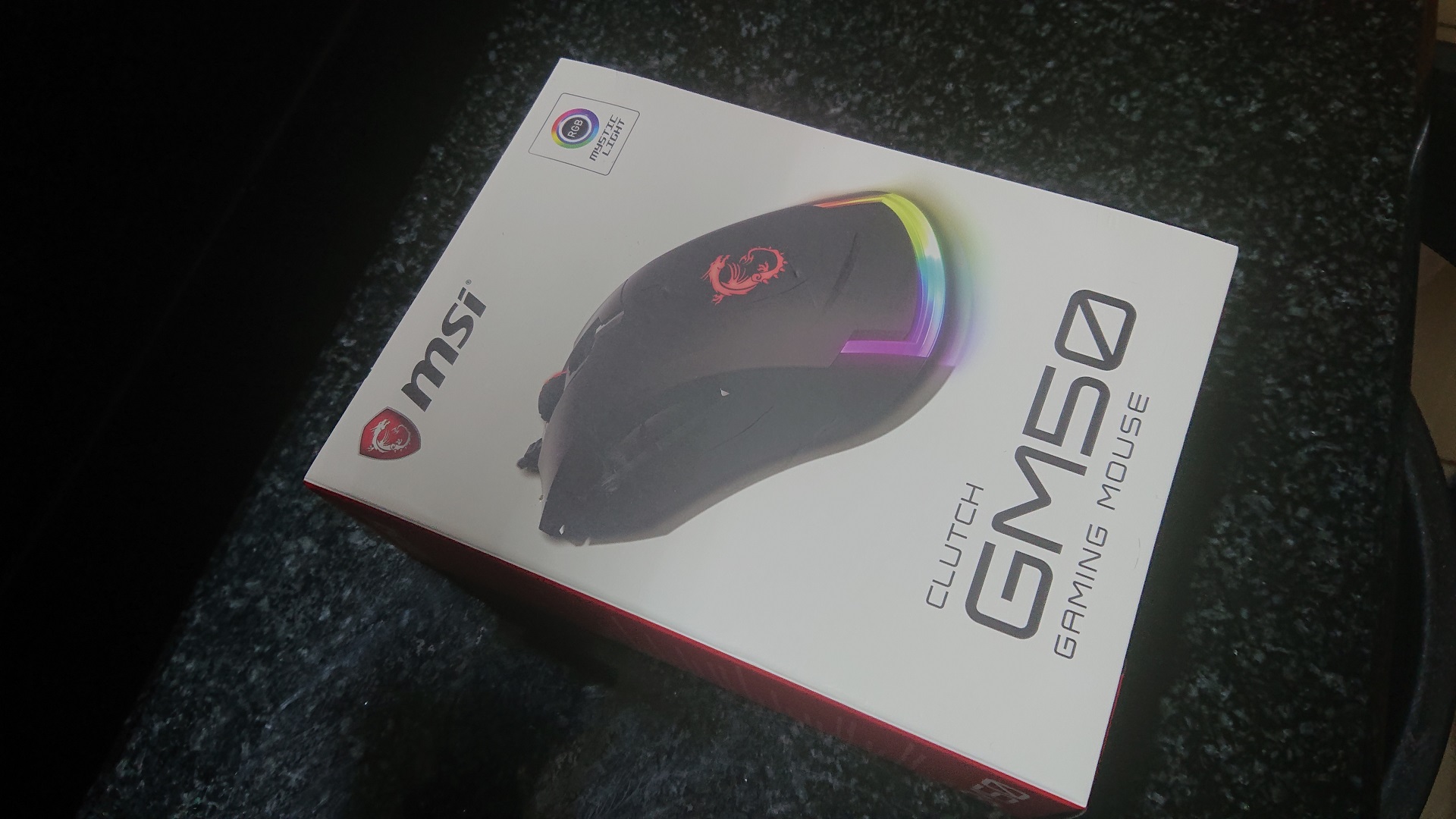 The U-shaped RGB LED light ring has a see-through plastic which looks rather weak and not as refined as the light rings seen on competing brands products. MSI if you’re reading this, you need to address this. It “cheapens” the look of an otherwise extremely good product. Holding the mouse in your hand, if you use a palm or claw grip, it feels fine. The textured grips on either side feel extremely pleasing to the touch and you’ll acclimatize to the mouse quite quickly when using it.

While a lot of gaming mice in 2021 have transitioned to being 50 grams or lighter, the GM50 still felt good to use and some gamers may find the heavier mass to be more appealing.

The performance of the MSI GM50 Clutch is where it truly excelled. In the week I spent using the mouse, I got so used to it that going back to my own much older mouse felt like an immense change. The GM50 Clutch mouse is 87 grams and features a PMW-3330 gaming sensor. While a lot of gaming mice in 2021 have transitioned to being 50 grams or lighter, the GM50 still felt good to use and some gamers may find the heavier mass to be more appealing. The PMW-3330 sensor used in the mouse is a reliable gaming mouse sensor and tracks well on many surfaces. 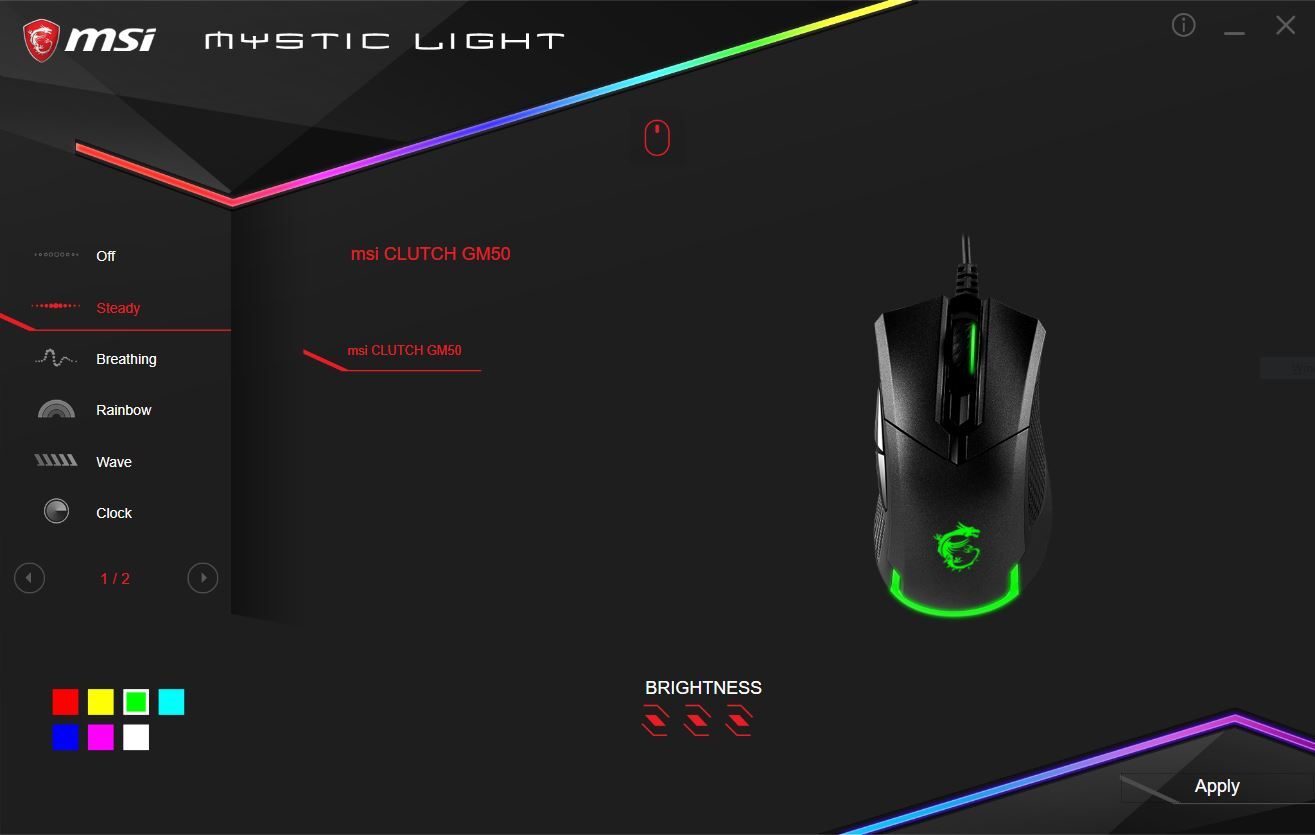 The MSI GM50 Clutch’s key selling points are its grip, lighter weight, precision mouse wheel and gaming sensor. Using the mouse for daily tasks like browsing the internet and for gaming, I had zero problems with it except for one glaring issue which may or may not annoy you. If you press either the left or right mouse buttons, they make a very audible click sound. The sound is rather loud compared to some other mice that I’ve used over the years and it’s immediately noticeable from the second you start using the mouse. 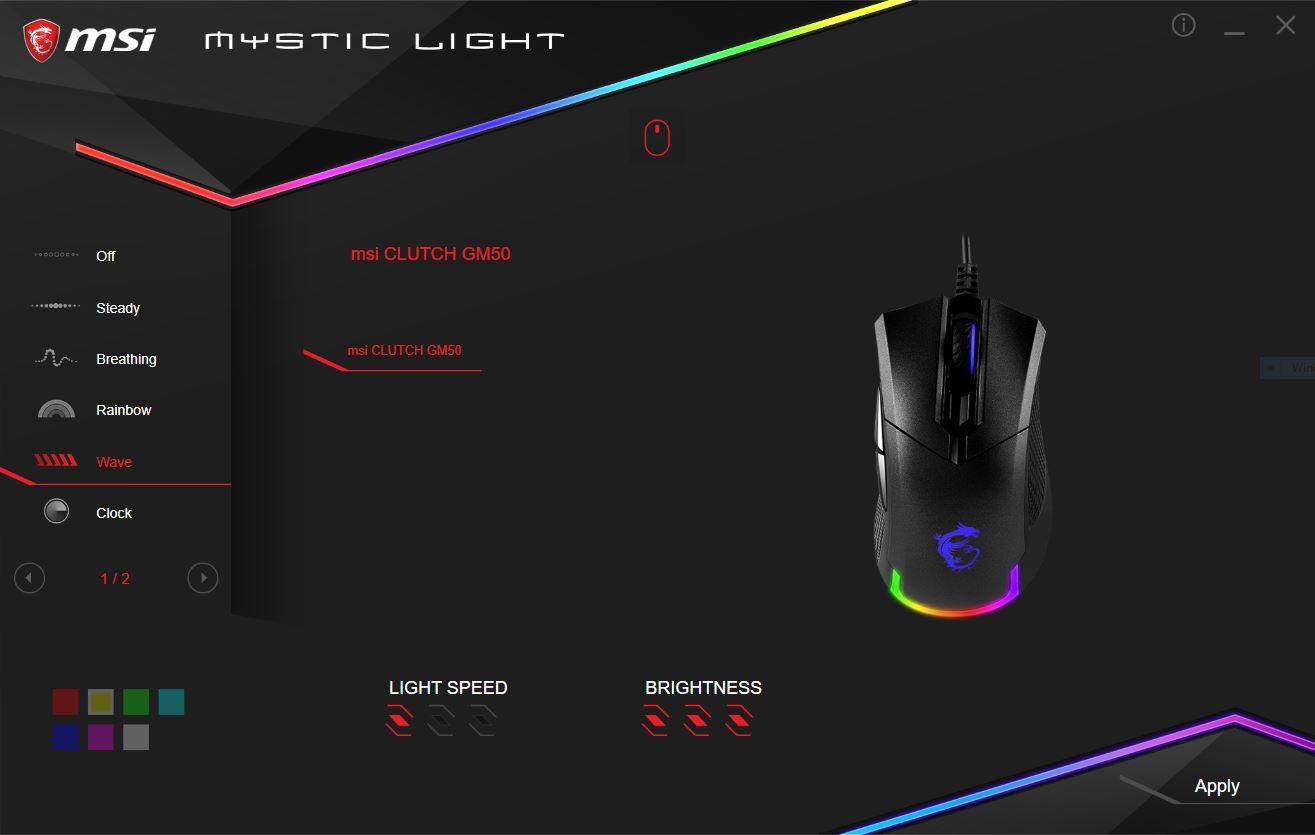 Users who want to customize the GM50 Clutch further can download the MSI Gaming Center software suite from MSI’s website and will be able to change a range of settings including the DPI and RGB lighting effects. Users will have to download the software if they want to actually be able to fully customize their DPI settings since the default settings are 400 / 800 / 1600 / 3200 / 6400 and there’s no way to tell what setting you are on without looking at it in the software. It would have been great to have an indicator LED on the mouse to show this but alas, this isn’t the case here given the mouse’s mid-range target market. Setting up macros using the 6 buttons on the mouse is easy within the MSI Gaming Center software. 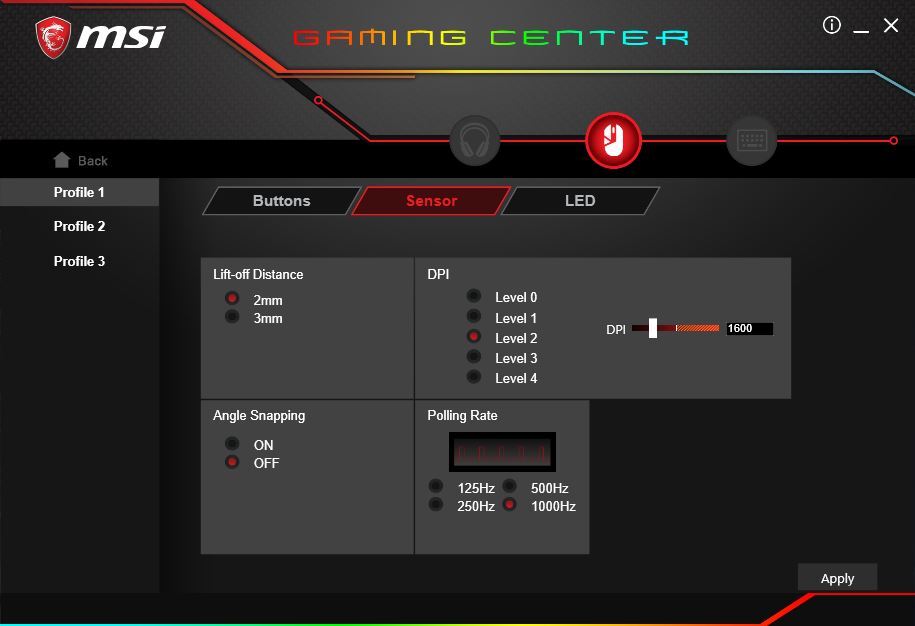 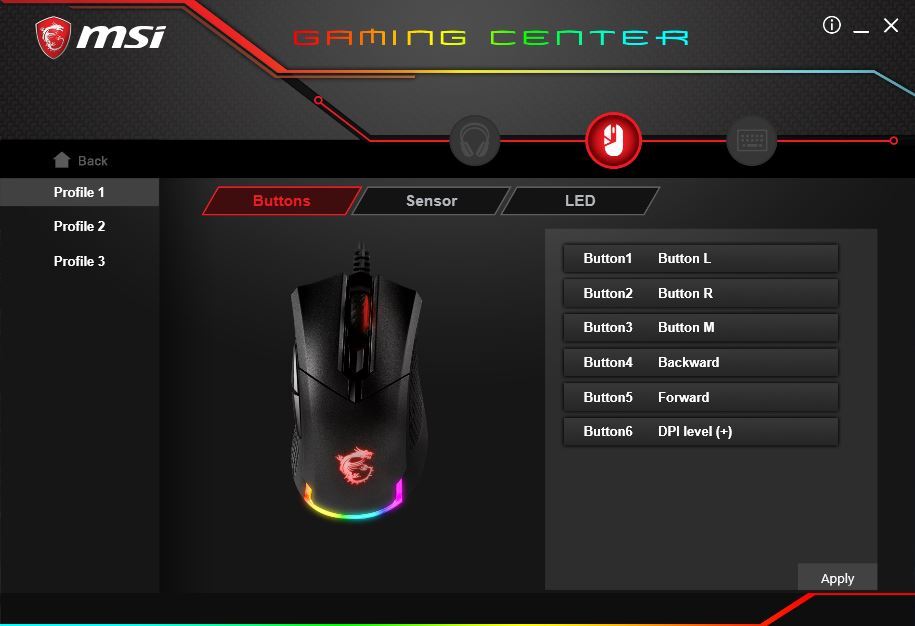 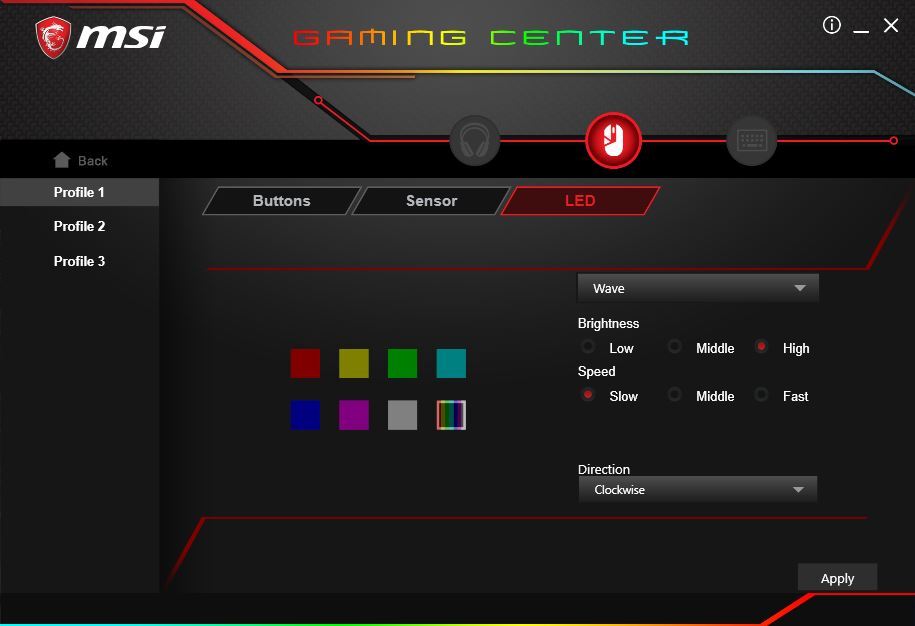 MSI’s GM50 Clutch is targeted at FPS gamers who require precision movement and thankfully the mouse glides effortlessly on the Agility GD70 Mousepad which MSI sent through. The Agility GD70 Mousepad feels quite heavy coming in at 640 grams and is quite large at 900 x 400 x 3 mm. Bafflingly though MSI have opted to make the mousepad a non-standard shape with a tiny cut-out portion making it slightly less rectangular. Some gamers might like this aesthetic choice whereas I found it to be rather lacklustre. A standard rectangle shape would have been fine.

Bafflingly though MSI have opted to make the mousepad a non-standard shape with a tiny cut-out portion making it slightly less rectangular.

The Agility GD70 Mousepad felt really smooth to the touch (The silk gaming fabric surface feels great!) on its top surface while the bottom felt extremely tough. This makes sense since the bottom or base of the mousepad is anti-slip natural rubber. Once you place this mousepad down onto your table, chances are it won’t be moving anywhere anytime soon unless you forcefully lift it up yourself. The edges of the Agility GD70 have also been stitched to prevent the mousepad from curling up or fraying. 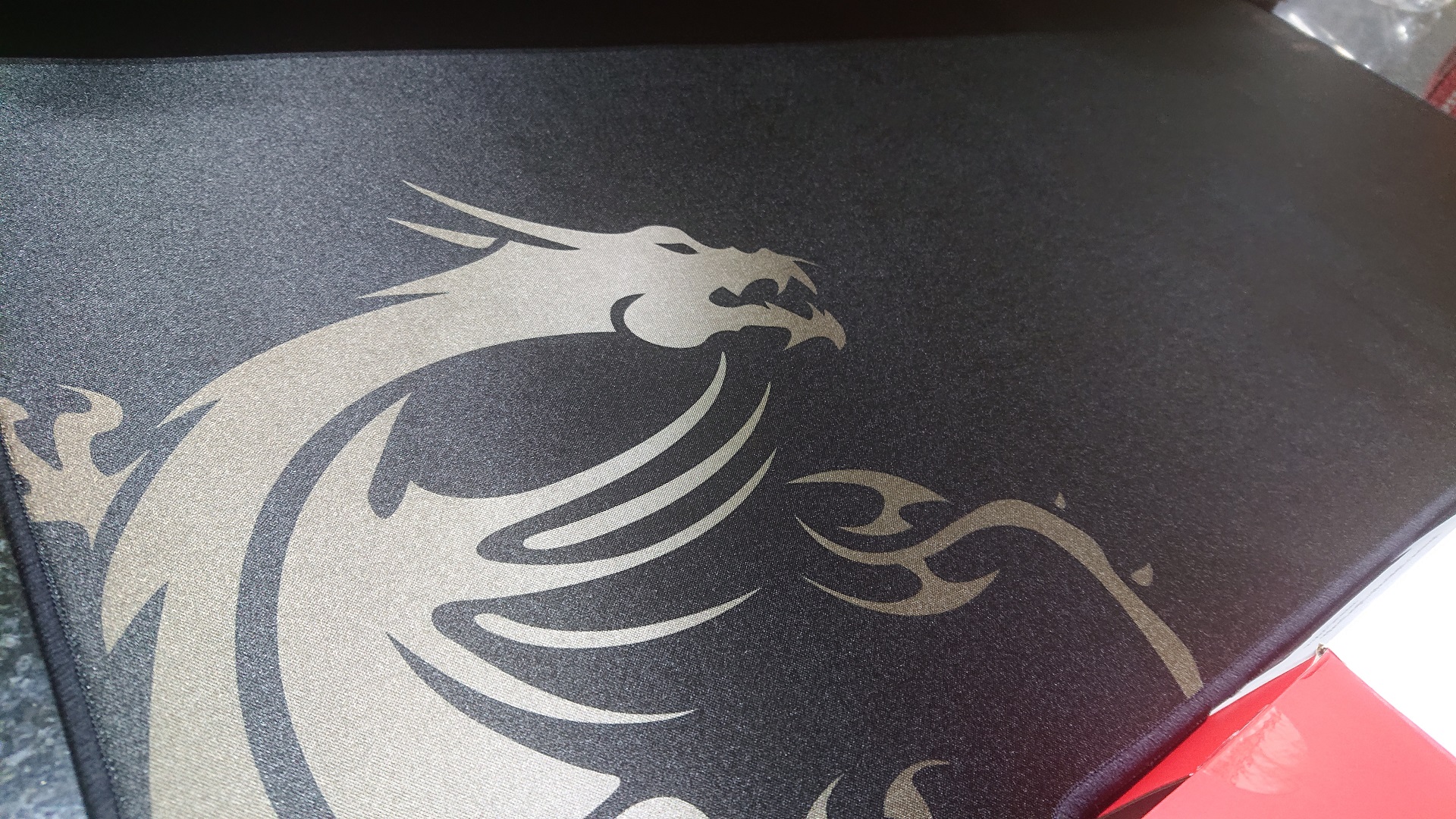 The top surface being super smooth and the grippy anti-slip base combined mean that the Agility GD70 mousepad does its job really well. Even with a lot of vigorous mouse movement when playing FPS games, the mousepad didn’t move at all. The Agility GD70 also instilled a sense of confidence that it will last quite a while without being worn out. With that said this will obviously vary on a case-by-case basis given how much you move it around or how much abuse you throw at it. 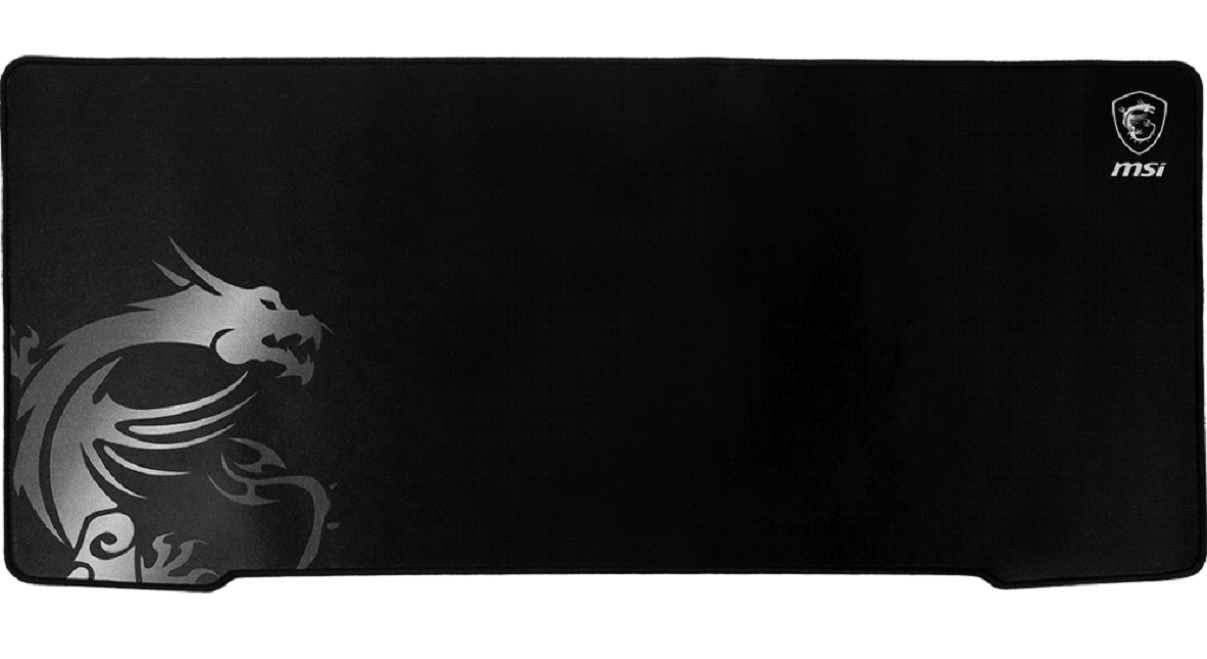 Overall, the MSI GM50 Clutch gaming mouse is a solid, mid-range mouse that won’t break the bank but will deliver great performance. It’s still a bit on the heavier side for a gaming mouse in 2021 but this is largely down to user preference. The Agility GD70 is also a great product with a silky-smooth feel to the surface and a tough, grippy base that won’t slip on your desk.
8

Good performance from both products

Shape of the mousepad

Mouse could benefit from a DPI LED