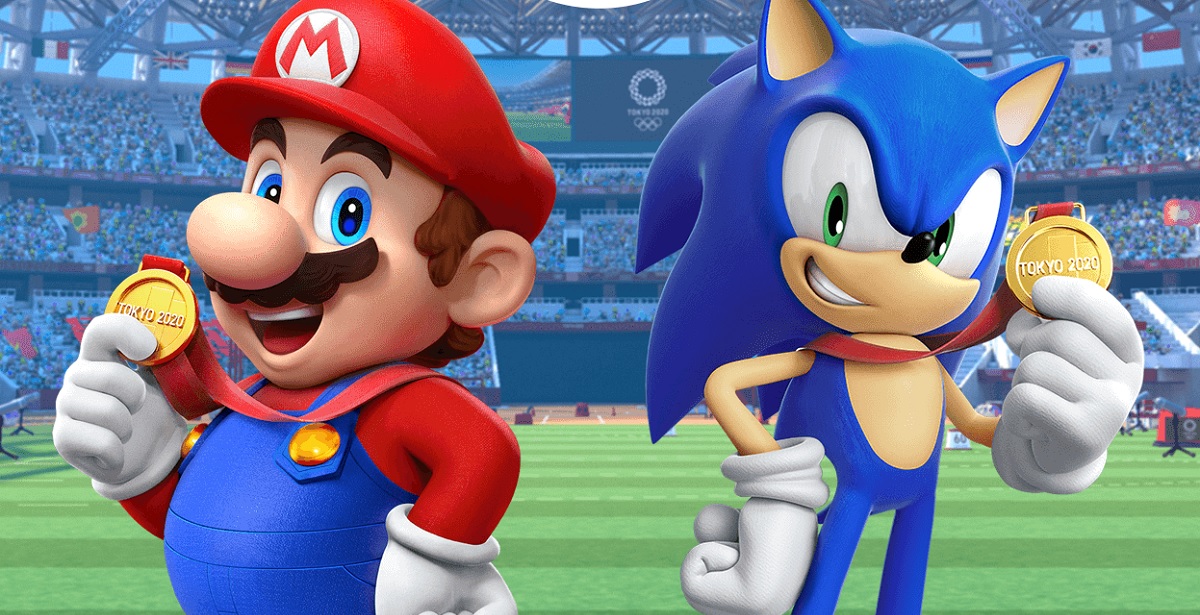 It’s difficult to believe that twelve years ago we got to experience the fiercest of gaming rivals come together in the same game. Ever since the Beijing 2008 Summer Olympics, Mario & Sonic have been the best of buddies but have sometimes missed the mark as far as what fans would have expected from this unlikely pairing. Five entries to the series later the two worlds coming together once again, this time in Tokyo, Japan for the 2020 Summer Olympics, the first time that this region has hosted the event since 1964. 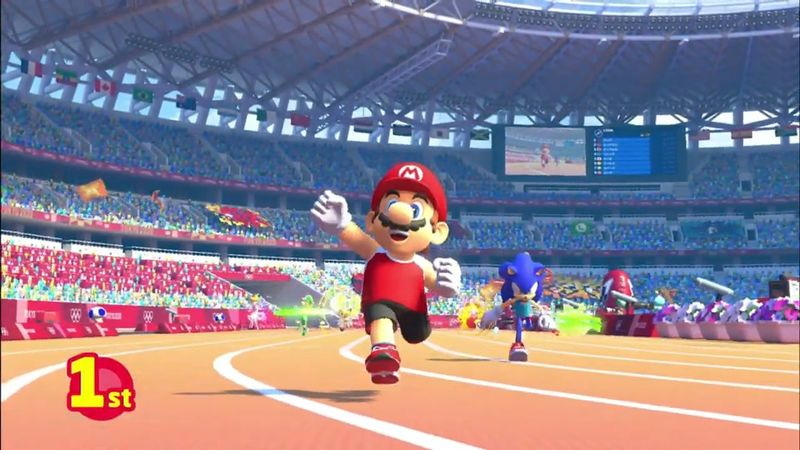 Mario & Sonic at the Olympic Games Tokyo 2020 features over twenty traditional 3D events, and ten retro-styled 2D offerings. The traditional events take place in 2020 while the retro events fittingly occur in the 1964 Olympics. Traditional events see the return of favourites such as fencing, rugby sevens, 100-meter dash, 110-meter hurdles and table tennis along with a handful of new entries such as surfing, skateboarding, sport climbing and karate. Dream Events (fictional, non-Olympic events) are also present in the form of Dream Racing, Dream Shooting and Dream Karate. These are the least of the Dream Events to occur in the franchise, possibly confirming my suspicion of them weaning in popularity.

Most of these events, much like the traditional events, are easy to pick up and play, however a handful have more frustrating control mechanics...

The Tokyo 1964 retro events are reminiscent of the Konami Olympic-themed titles throughout the Eighties. Most of these events, much like the traditional events, are easy to pick up and play, however a handful have more frustrating control mechanics and you’ll need to spend some time on them and figure out if the traditional controls or motion controls with the Switch Joy-Cons are better suited to your preferred way of playing. 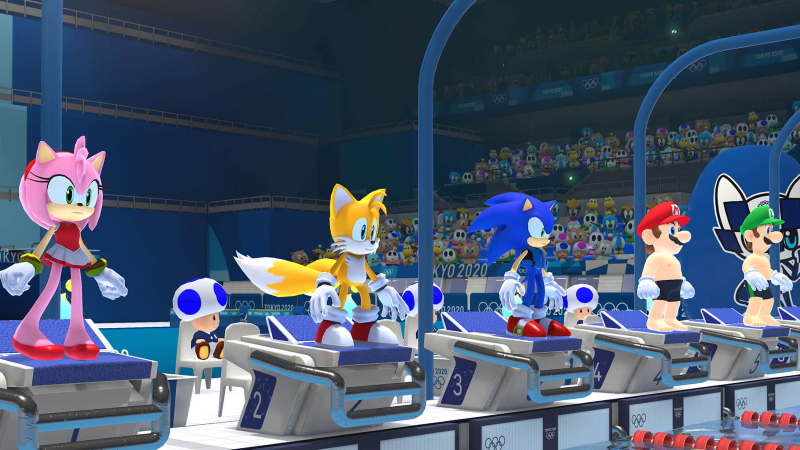 As with prior Mario & Sonic titles, you’re going to enjoy them to their fullest extent with others and there are numerous ways you can do so. The Quick Match mode lets you jump in for a single-player experience or with up to four players in total for easy access to all the traditional events as well as the retro titles. The Local Play option lets you connect with nearby players using wireless communications between two to four Switch consoles. This mode requires each player to have a copy of the game. The last multiplayer offering is the Online play which is split up into Ranked Play and Free Match which function fairly well albeit some slight lag.

For those choosing to opt for a single-player experience, there is the Story Mode. In this single-player mode, you make your way through both the traditional and retro events, mostly as Mario & Sonic in the latter and Luigi and Tails in the prior. The story itself is interesting enough with Mario, Sonic, Bowser and Dr. Eggman being transported to the 1964 Tokyo Olympics via a retro handheld gaming device. There the characters are tasked with trying to return back to the 2020 Olympics with some help from their friends at the event itself. It’s a good enough concept but is implemented with terrible pacing and tiresome cut-scenes that make most of the story a tedious experience.

The story itself is interesting enough with Mario, Sonic, Bowser and Dr. Eggman being transported to the 1964 Tokyo Olympics via a retro handheld gaming device.

Spread throughout the Story Mode are (not so well) hidden pillars that unlock various Olympic trivia as well as lesser known facts about the numerous characters from both the Mario and Sonic franchises. Die-hard fans or absolute completionists will find it worthwhile going back through the Story Mode to find the few tidbits of trivia they may have missed but in general there is little reason to go back and search for them.

Mario & Sonic at the Olympic Games Tokyo 2020 is a well put together assortment of fun, varying Olympic themed mini-games. The character, visuals and audio all pay great fan service to fans of both franchises and even the older generation of gamers from the Eighties and Nineties. While there are plenty of events to keep you and your friends busy, the Story Mode leaves a lot to be desired, even though its premise isn’t terrible. The gameplay is mostly pleasantly accessible but sadly many events lack a good enough challenge, even if you crank up the difficulty in the Quick Match mode. Fans of prior installments of the Mario & Sonic series won’t be disappointed in this new offering but overall, Mario & Sonic's latest outing to Tokyo will be a short-lived experience for most.

Some missed opportunities for retro events 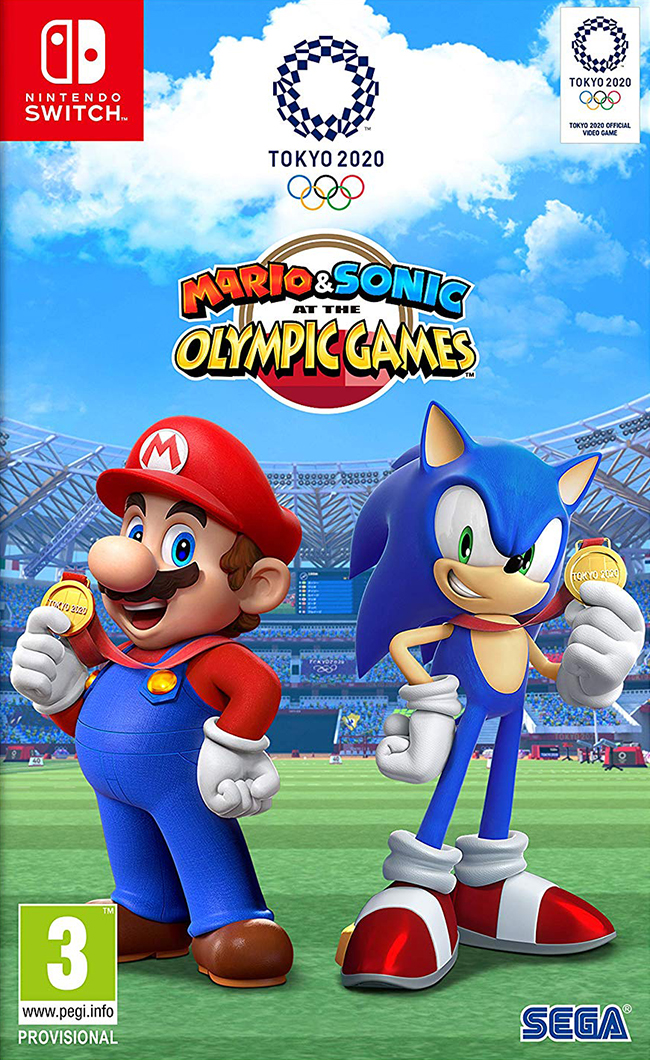