Long Shot… to the arm 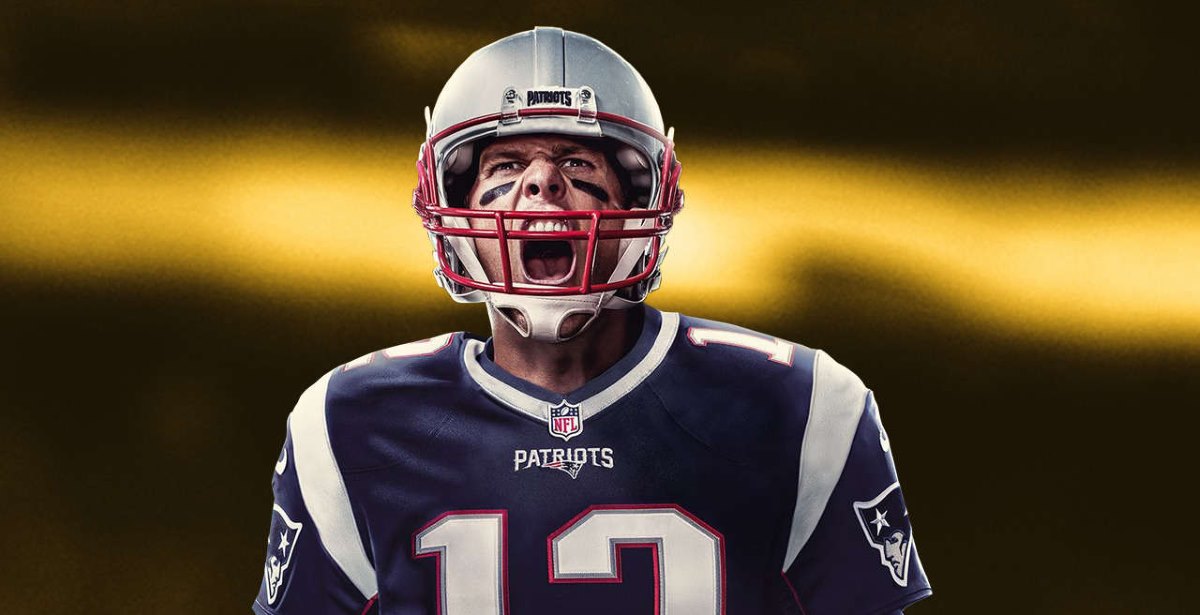 Madden is just one of those games. Pick it up, play with a friend, slam into each other to see who can make the most bone crunching tackle. Swivel around and break through with the opportunity to showboat in the end zone and rub it in your mate’s face. It’s honestly what multiplayer gaming is made of and has been that way since the very early Madden games. You see, Madden is an American sport, captivating everything that the American way is all about. Bigger, better, faster, and then fuelled with adrenaline. But why shouldn’t we enjoy the spoils? Right?

I’ve been playing Madden games for as long as I can remember, and while it’s considered by many, locally, to be inaccessible, that couldn’t be further from the truth. Every year, EA manages to make the game more accessible, tying in new players to the game, should they decide to give it a try. Madden 18 does this once again, and if ever there was a version of the game worth trying out, this is the one! 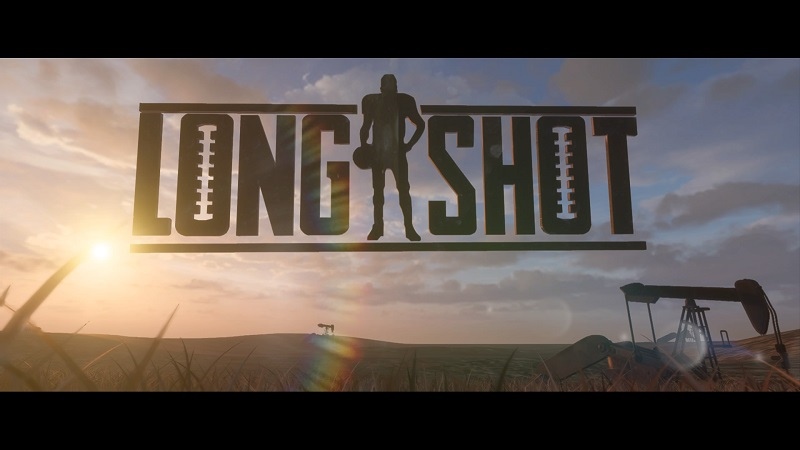 The biggest “innovation”, or addition rather, to the Madden franchise is the introduction of the Story mode. NBA 2K has been doing story modes for years now, and last year EA experimented with it somewhat in FIFA with The Journey, experiencing relative success. Now, it’s Madden’s chance to introduce a story mode – that something a little bit extra to move the gameplay along and bring in a new audience, or spoil the old audience a bit more.
I can state outright that Longshot is the best story mode I have played in a sport video game to date. While the plot is somewhat standard, the production value, voice acting, story writing and integration with gameplay is on a different level.

In Longshot, you play as Devin Wade. A college hopeful who turned his back on Football many years before, but then decides, with the insistence of a friend, to try make it back. Standard so far. The two enter into a regional “try-out” session, where scouts are there to pick any possible quality players to give them a chance at national trials. At these trials, Devin is approached by a TV show producer, and that’s where everything changes.

Devin agrees to be part of the show which follows his every step of training, trials and hopes to make it to the NFL through the draft. Throughout his journey there are setbacks, triumphant moments and a lot of thought provoking instances which has you agonise along with Devin himself.

Every act of the story mode is done excellently, captivating you throughout, but what really sets it apart is its integration with the gameplay. It’s not just about playing a match over and over, nor is it about dull moments trying to look pretty. It’s a mix of intelligence, clever use of various skills, flashbacks to Devin’s college days and inspirational sections which keep you gripped.

It’s not only a spectacular tie-in to the sport and life around the sport, but also an incredibly useful means to start understanding the sport in bite-sized chunks, for those looking to get into it. 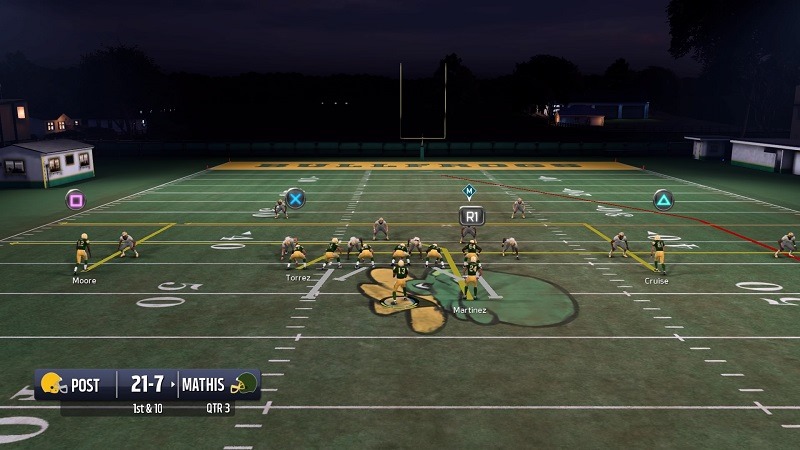 Aside from Longshot, Madden 18 doesn’t add a whole lot more to the franchise from Madden 17. Much to delight of annual sport game haters, it’s tough to argue that it’s mostly a roster update with a couple of new animations and tighter controls. That said, the tighter controls and smoother, animations make for an overall improved experience with the game.

No matter what level you are at the game, there is a way for you to play. For newcomers, you can have assistance on attack and defence so that it never becomes overwhelming, changing it and adapting as you go along. For veterans, there is the option of the Hot Sticks controls which gives you a LOT more freedom, but also a lot more responsibility.

Even playcalling has been made even easier this year as you receive preferred and recommended plays with stats explaining the general success rate. This is particularly useful on defence when things become a tad confusing if you don’t really want to take time to understand what “hot routes” and “audibles” are.

Madden 18 has just about everyone covered, and that’s before you vary the difficulty levels, or go too in-depth with the customisations, tactics and strategies.

It’s one thing to have good gameplay, but another completely to keep gamers interested (we are an ADD bunch, after all). Madden thankfully does both as the standard modes all return, all tightened up with new features, details and stats to make it more intricate and more entertaining than ever before.
The Madden Ultimate Teams is once again a fantastic mode that will have you going back for more every day. With updated challenges and the integration of the Longshot story mode into the challenges, you will never find yourself with nothing to do. Building your dream team actually feels a little easier than last year’s game, meaning the cost-benefit is far higher if you want to put in the time.

The GM (career) mode has the same scaling as the rest of the game with players being able to take control of their favourite team and micro manage whatever they want to, or leave it to the AI to assist you and just get on with things yourself, as you attempt to take your team all the way to the Superbowl.

There are the usual online and standard single player modes included too, meaning that there’s always something in Madden 18 to keep you busy. I didn’t focus too much on the online play, but when I did try it there was little to no lag or connection issues and while I got my ass handed to me, I still loved it. 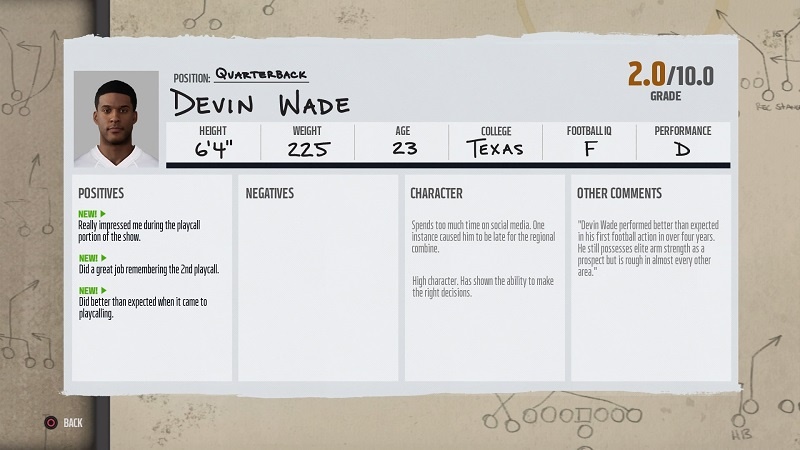 Frostbite – but not too chilled

Madden 18 has moved to the Frostbite engine, which does, as always, come with a few teething issues. For the most part the gameplay does feel a lot more fluid than before, but whether that’s down to the engine or the controls is a bit hard to tell.

Either way, it functions as it should though it is hard to argue that the Frostbite engine has made any drastic change to the mechanics. Madden 18, for all its positives, does not feel like a huge jump from Madden 17, despite the change in engines. That may be a good thing, as it gives EA a solid platform to build from rather than having to deal with many engine issues, but at the same time, if it weren’t for Longshot, I am not sure there would be any real need to get the new version of the game.

When you reach the 4th down and nearing a touchdown, Madden 18 delivers, just. It’s got a fresh new look to it, great production value (as ever), an awesome soundtrack and a story mode that raises the bar. If you have never played a Madden game, this is definitely the one to get. If you got Madden 17, purchasing 18 just for the story mode isn’t worth the money alone, but is worth trying at some point.

Tis a pretty one 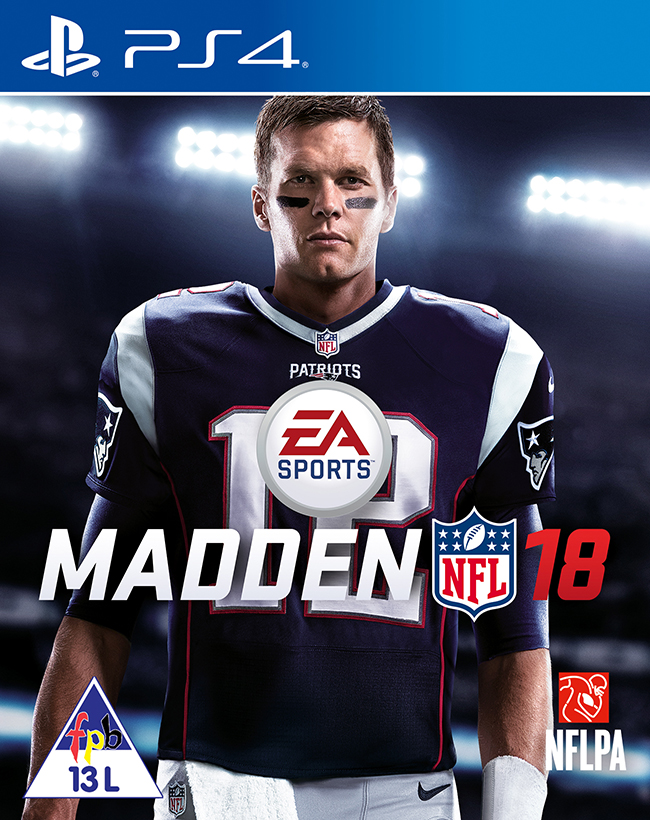